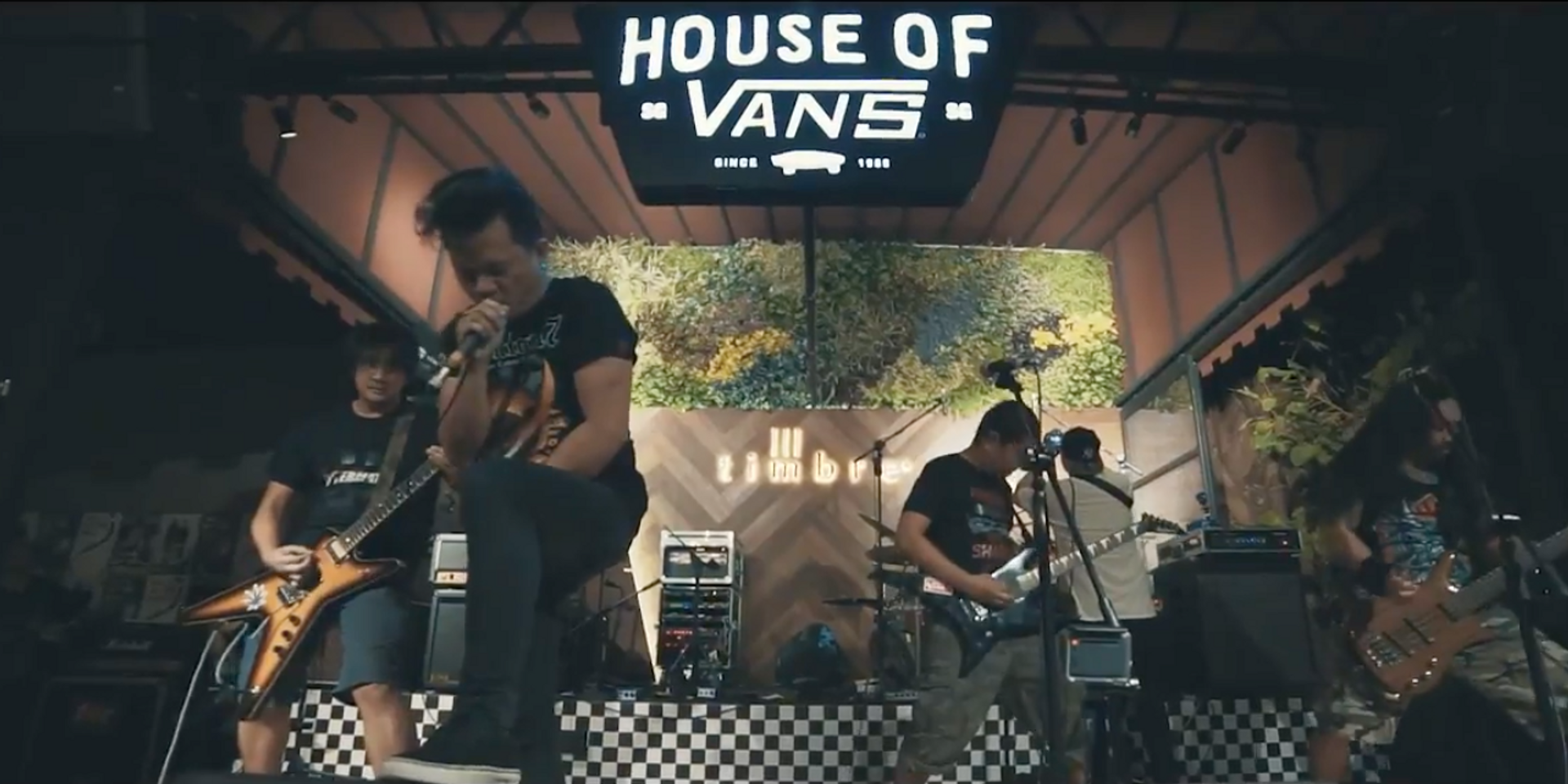 Vans' annual talent search Vans Musicians Wanted returns to Singapore for its third edition this year and if the past two years are any indication, this year's going to be big.

Vans has had a storied history with music, being the main organiser of the Warped Tour (which is sadly ceasing operations after their final tour this year), producing their coveted line of band-inspired shoes, and having larger than life acts, such as Metallica, perform at House of Vans locations all around the world.

As always, the top 5 bands (chosen by fan voting) will perform at a live showcase in August. The winning band – selected by a judging panel comprising musicians and industry professionals – will be flown to China to open for American hip-hop legend ScHoolboy Q at the House Of Vans Guangzhou stage!

Apart from that, the winners will get their music featured on Vans' Apple Music Playlist and receive keepsake vinyl of their original music, pressed by Vans. The top 5 bands who make it to the local showcase will also receive limited edition shoes from Vans.

Last year, metal band Mi Ultimo took the top spot at Vans Musicians Wanted, impressing everyone with their showmanship and musicality. We caught up with them – check out what they had to say about Vans and their experience below.

What was Mi Ultimo's biggest takeaway from the entire experience of Vans Musicians Wanted 2017?

We got to experience Guangzhou for the first time, met new friends, had a taste of their authentic cuisine, and did what we love the most: played in front of the crowd. Just minutes before we got on stage, we all decided to play just 3-4 songs as we were too conscious on the time allotted for our set. We never knew how the crowd will react to our music but by the time we hit our first riff, the crowd suddenly went wild bouncing up & down to the rhythm. It felt surreal seeing that reaction from them as if they knew our songs.  By the time the fourth song ended, the crowd asked for more and we eventually played all 7 songs from our album that night.

How has the band evolved since last year?

We got more mindful on how we react on social media. Because our music has reached to a wider audience, we have matured on how we deal with some issues related to the band. We are also now more focused in improving our music.

What does Vans mean to you?

Vans is dynamic and unique. For a brand that has embraced a diverse pop culture, music, and extreme sports, Vans remains distinct in its own way. It has adapted to changing lifestyles over the years but it has kept its own identity. Playing at the Vans Musicians Wanted last year has made it sentimental to us. It was an unforgettable  experience which would stick in our memories.

Why should more bands sign up for Vans Musicians Wanted?

We have played similar shows but the Vans Musicians Wanted was what struck us the most, a bucket list that we hoped to experience repeatedly. It was a chance to represent the country in an international event that showcase talents from all over the world.

Any advice to budding musicians in Singapore?

Singapore is a small country filled with very talented musicians that can easily get international recognition. There is no doubt that every dedicated budding musician will reach peaks of success. We really don't see ourselves giving fatherly advice, since we are still on the learning curve but we can share what we had experienced. Just like everyone else, we did spent precious time practicing, getting things as tight as we can. We may have some subtle misunderstandings along the way but we never took out that one aspect that has kept us together: that is respect.

What is the band up to now?

We released our album, Downcast, in May and it's now up in Spotify and iTunes. You can support us by purchasing our album here. We have also started writing new music hopefully for a follow-up EP or a second album release.

You have now till 20 July to submit your music to Vans Musicians Wanted 2018 here.

In the meantime, stream Mi Ultimo's latest record, Downcast, below.