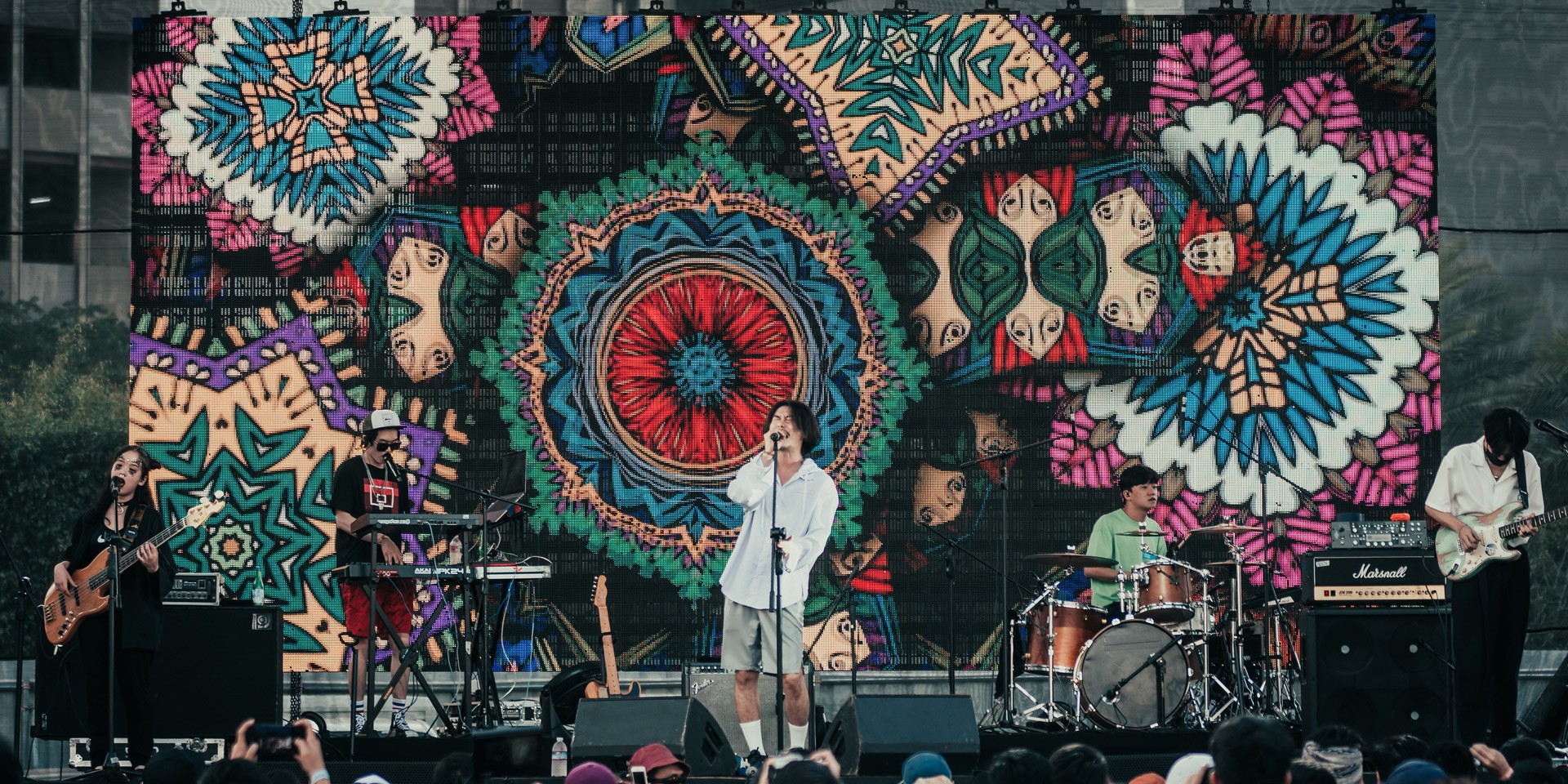 If you’re an indie electronic music fan, chances are you’ve already come across ADOY through the algorithms of Spotify and YouTube or through random playlists. If not, the self-branded commercial indie band are one to check out—the groovy synthesizers, drowned out vocals, and animé-esque EP art all melt into a dream reminiscent of eighties TV tunes and yesteryears. The band, with each member’s unique experiences and different musical projects of the past, weave together a tapestry of odes to their days of youth.

As their second time in Manila and the last show of their Asia tour’s first leg, they performed alongside French musician FKJ for Karpos Live Mix 9. Below, we caught up with the band before the show to talk about their tour so far, and their upcoming album Vivid.

Welcome back to Manila, it’s great having you guys again! Do you have any favorite moments from the first time you guys were here?

What are you guys looking forward to this time?

Juhwan: Since we’re performing with FKJ, we want a picture with him! (laughs) 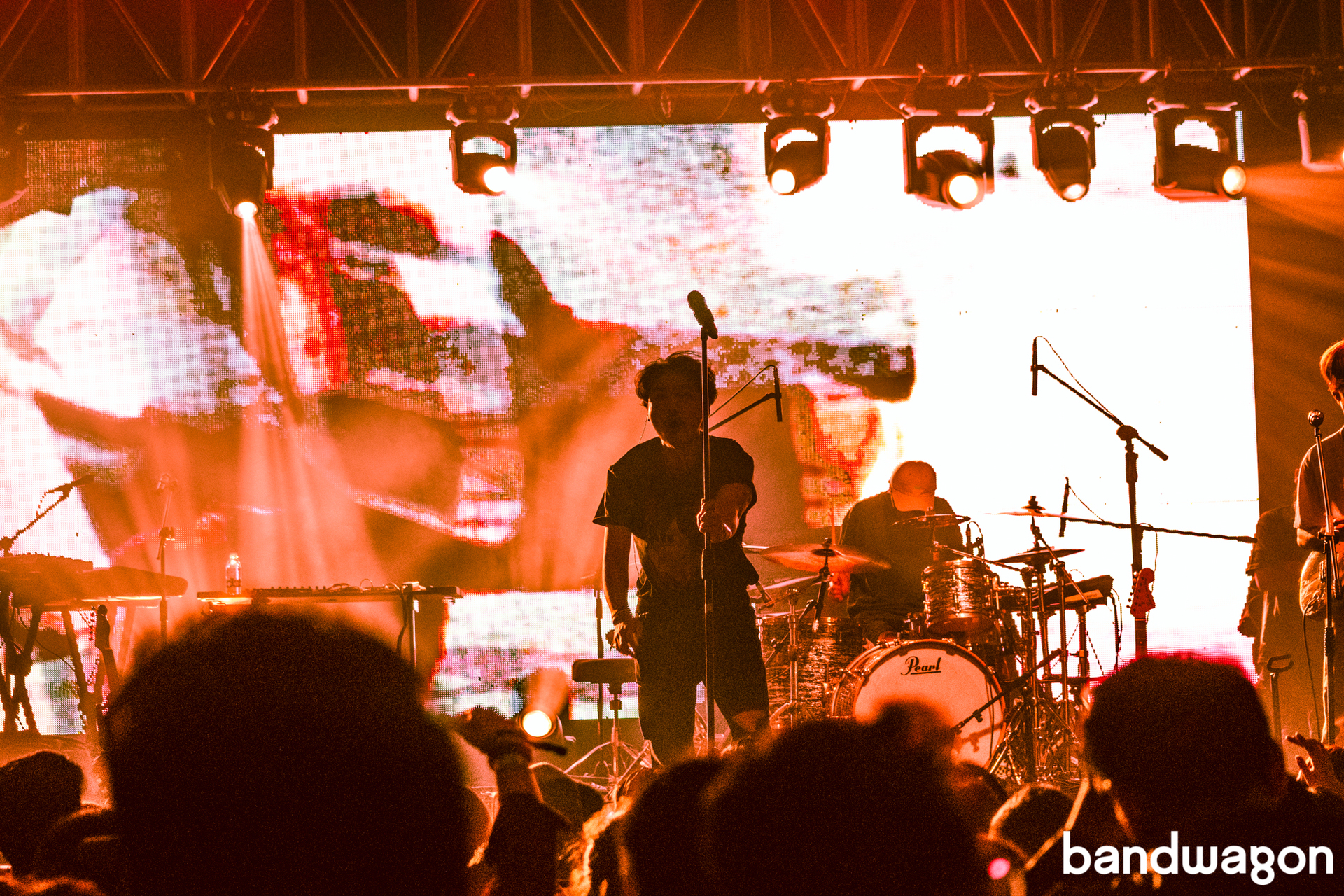 Cool, we hope you get that later! So you’re coming up with your new album Vivid in a few days, what should your fans look forward to?

Zee: A different side to our music, because it’s a full-length and we had this opportunity to show off our other sides compared to the tracks we’ve released until now. They can look forward to new types of music.

Youth is a very central theme in your music, are there any other themes you’re going to be exploring in the new album? 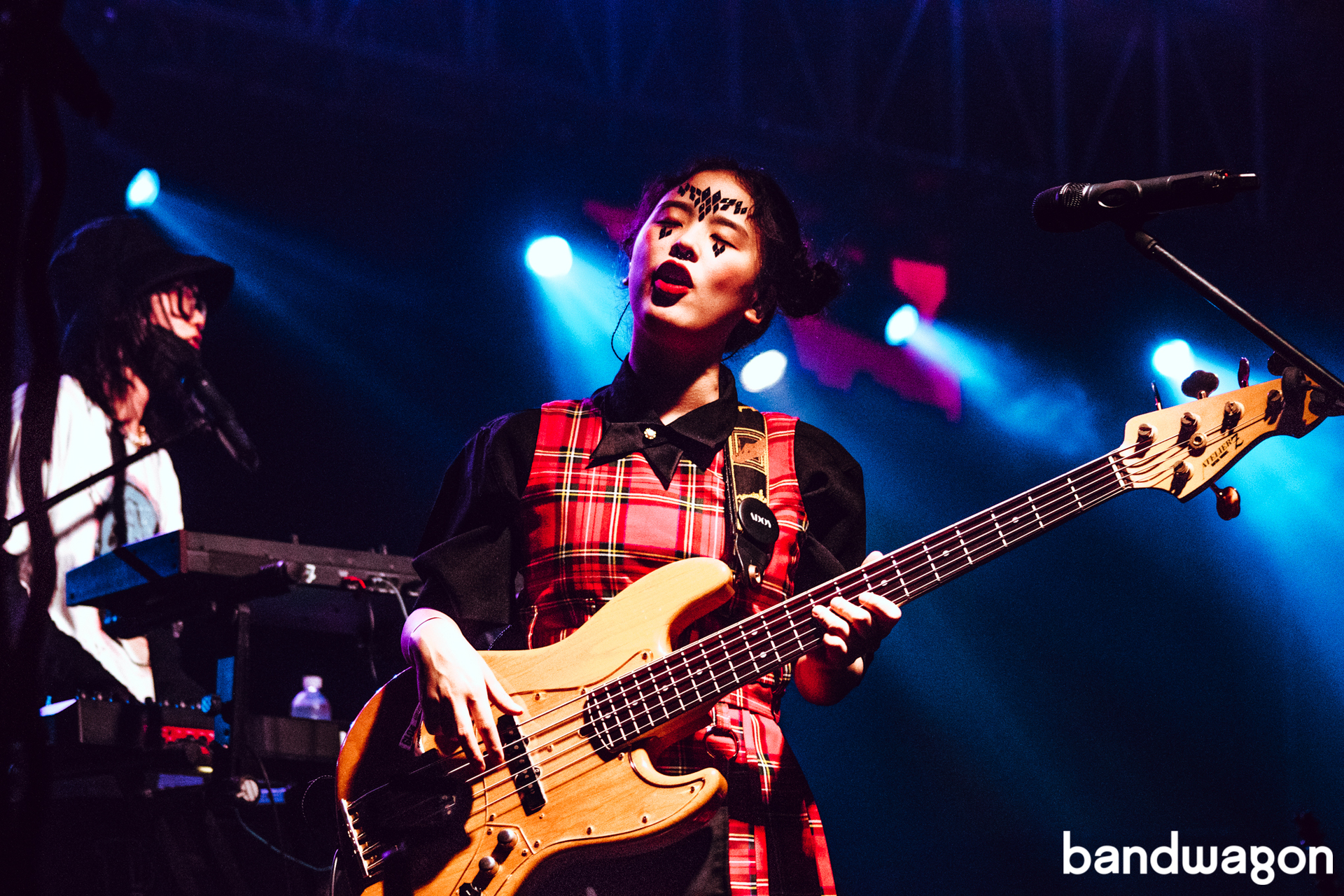 You’re down to the last show of the first leg of this Asia tour, how have the music scenes you’ve seen around Asia so far been, if you’ve seen any?

Zee: First of all, Thailand was amazing. I don’t know why but [Thai] people listen to a lot of our music. The crowd was amazing. The band scene is pretty big in Thailand as well. Hong Kong was fun too, it was also special because of the political situation as well. You could really see what’s going on. Actually were able to talk to Hong Kong people about that too.

Geunchang: We were surprised that most of the countries we’ve been to, they were able to recognize ADOY. The other bands we actually performed with were really open to our music and performing together. 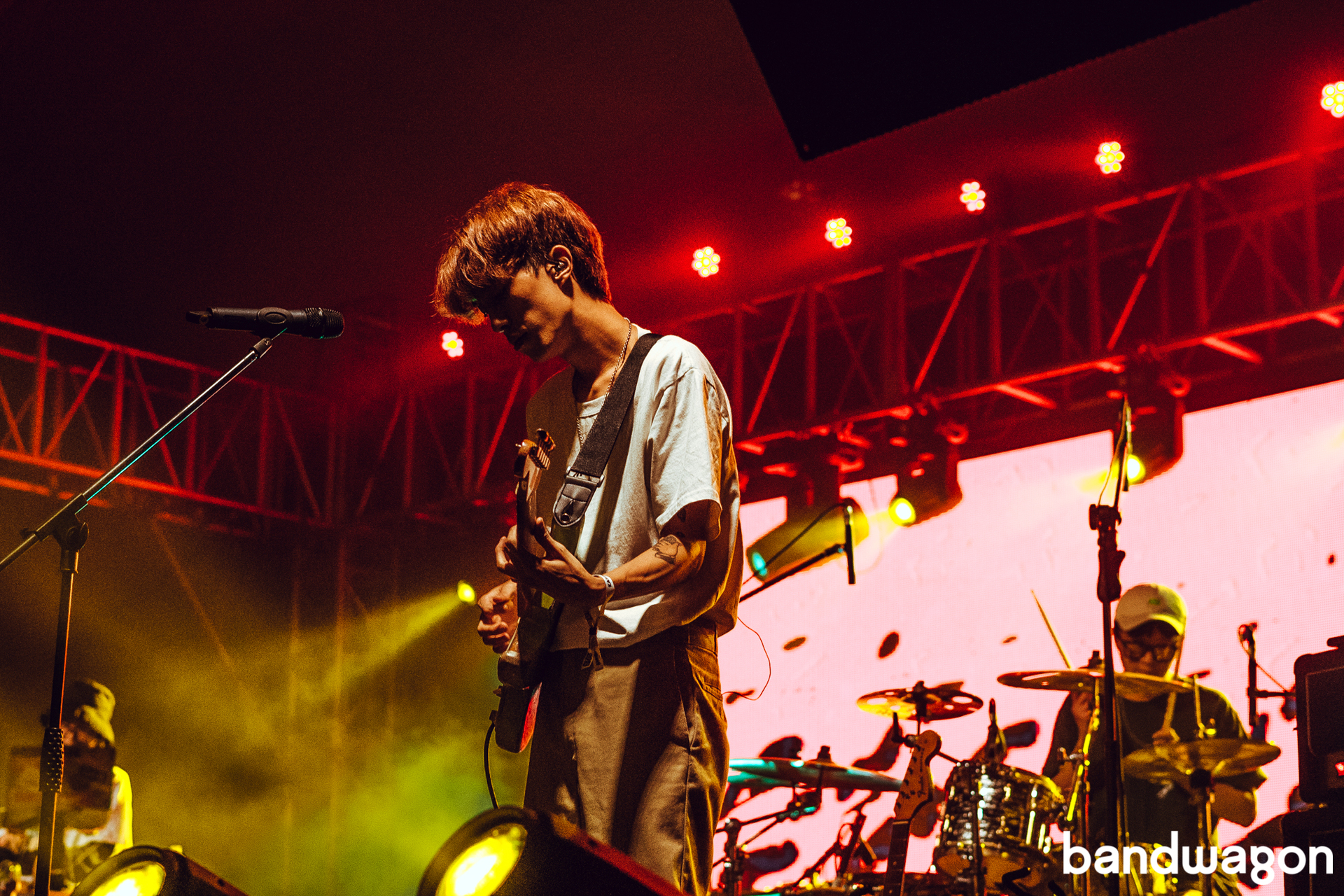 ADOY talks about their branding, focus on the Asian music market, and thoughts about Filipino food

Are there any TV commercials or jingles from your youth that have stuck with you until today?

Juhwan: The '80s-'90s Coca-Cola commercials (laughs and sings the commercial). 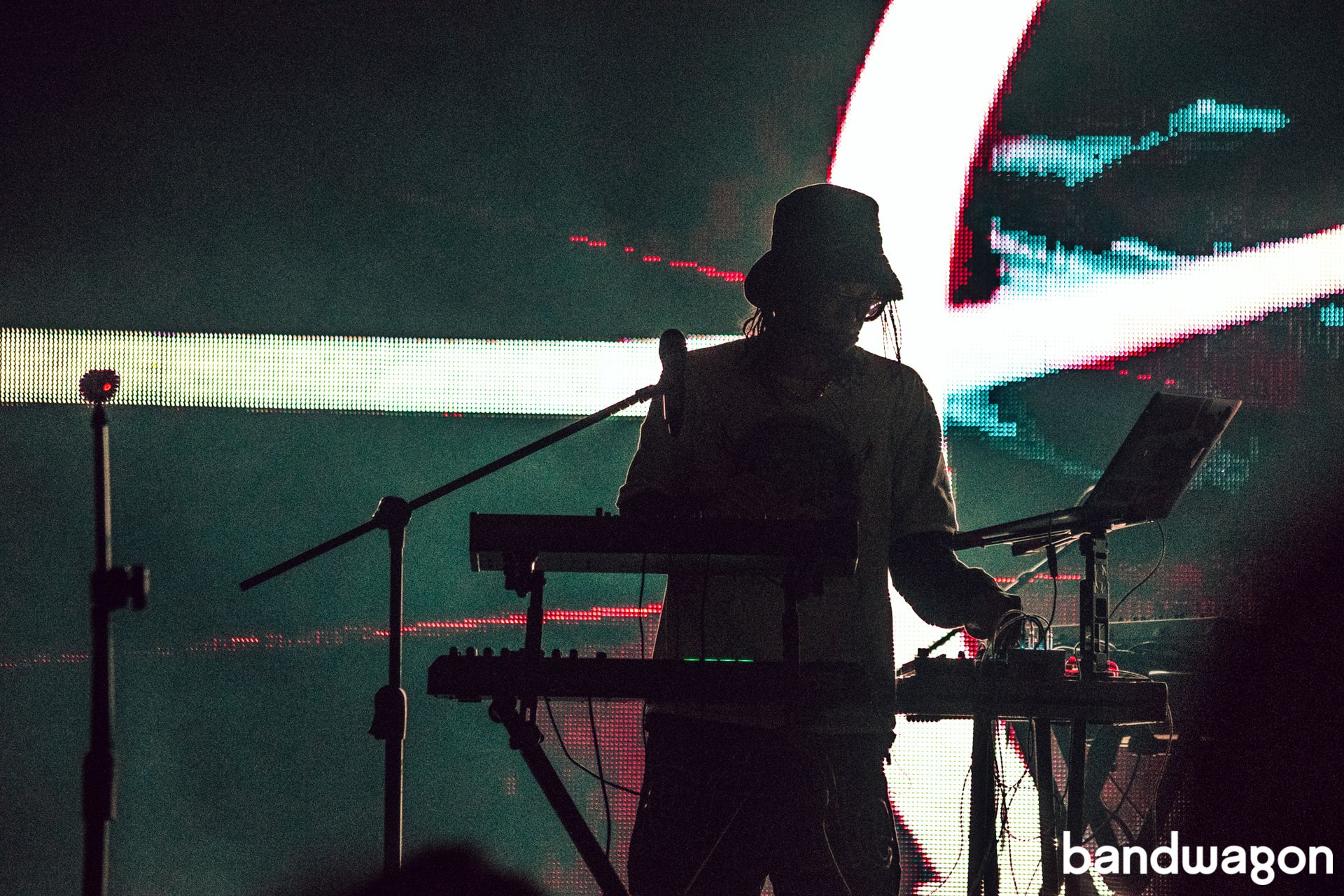 Lastly, what would Yoda [the band’s namesake but spelled backwards, and also the cat of the studio where they recorded their first EP] say about Vivid?

Juhwan: Yoda’s been sad because they’re going on tour a lot.

Zee: There’s actually a cat in our [current] recording studio, his name is Tony who’s the cat of the engineer. I think he likes the songs.