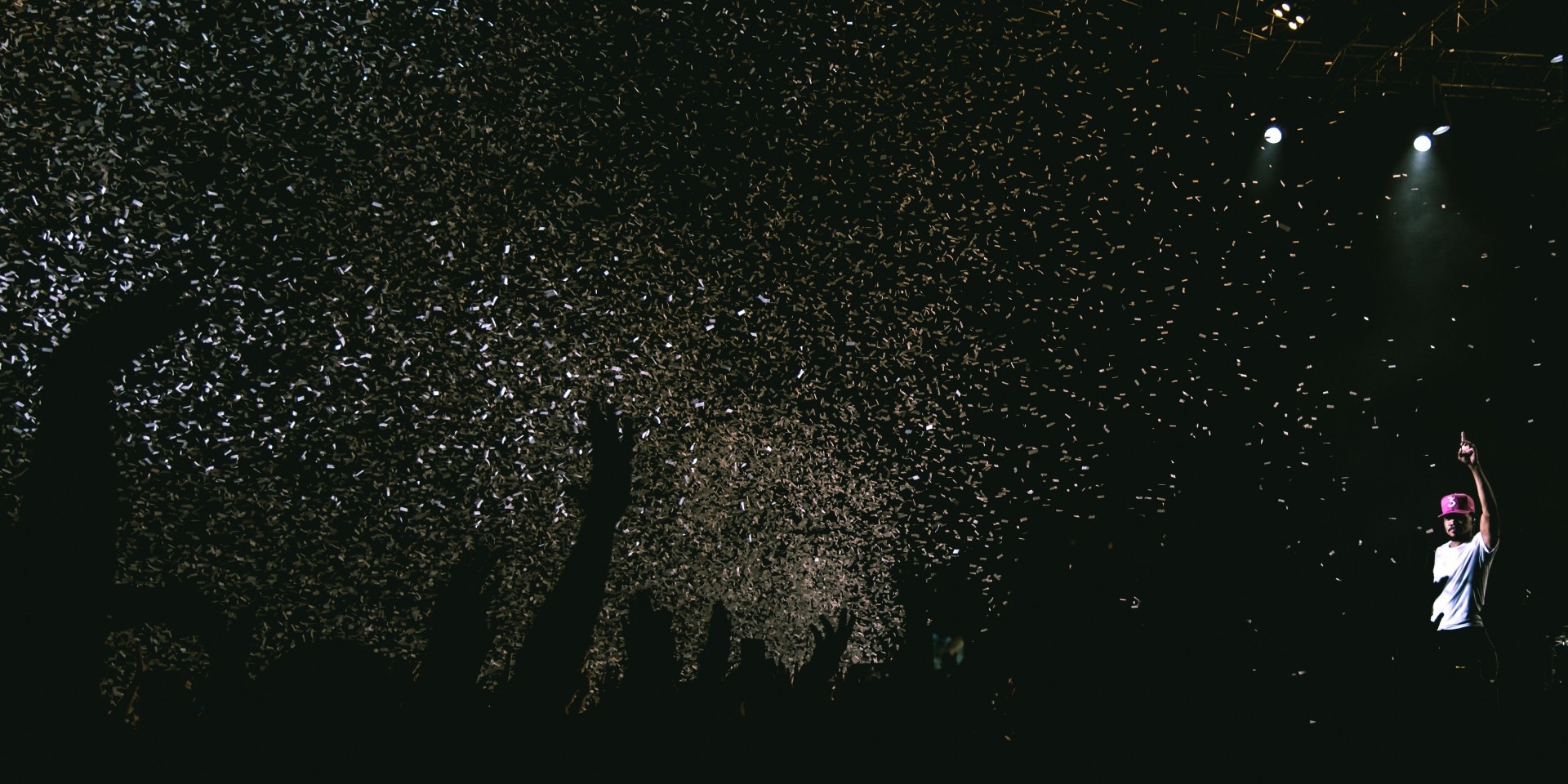 8:42pm – that’s when Chance the Rapper bounded on stage at Zepp@BIGBOX on August 25.

We don’t get a lot of hip-hop shows in these parts—sadly, that’s the prerogative of dime-a-dozen EDM peddlers—but this wasn’t a case of great-by-default. Make no mistake: Chance’s first-ever showing here was consummately and utterly first-rate. Essentially, the show was an hour-plus-long reminder of  the fact that he doesn’t run alongside the contenders – he sits on his own throne, apart from the Atlanta traperati that has dominion over the needle of pop culture, as far as hip-hop is concerned. Few, after all, can compel us to believe that we’re on an ultralight beam. 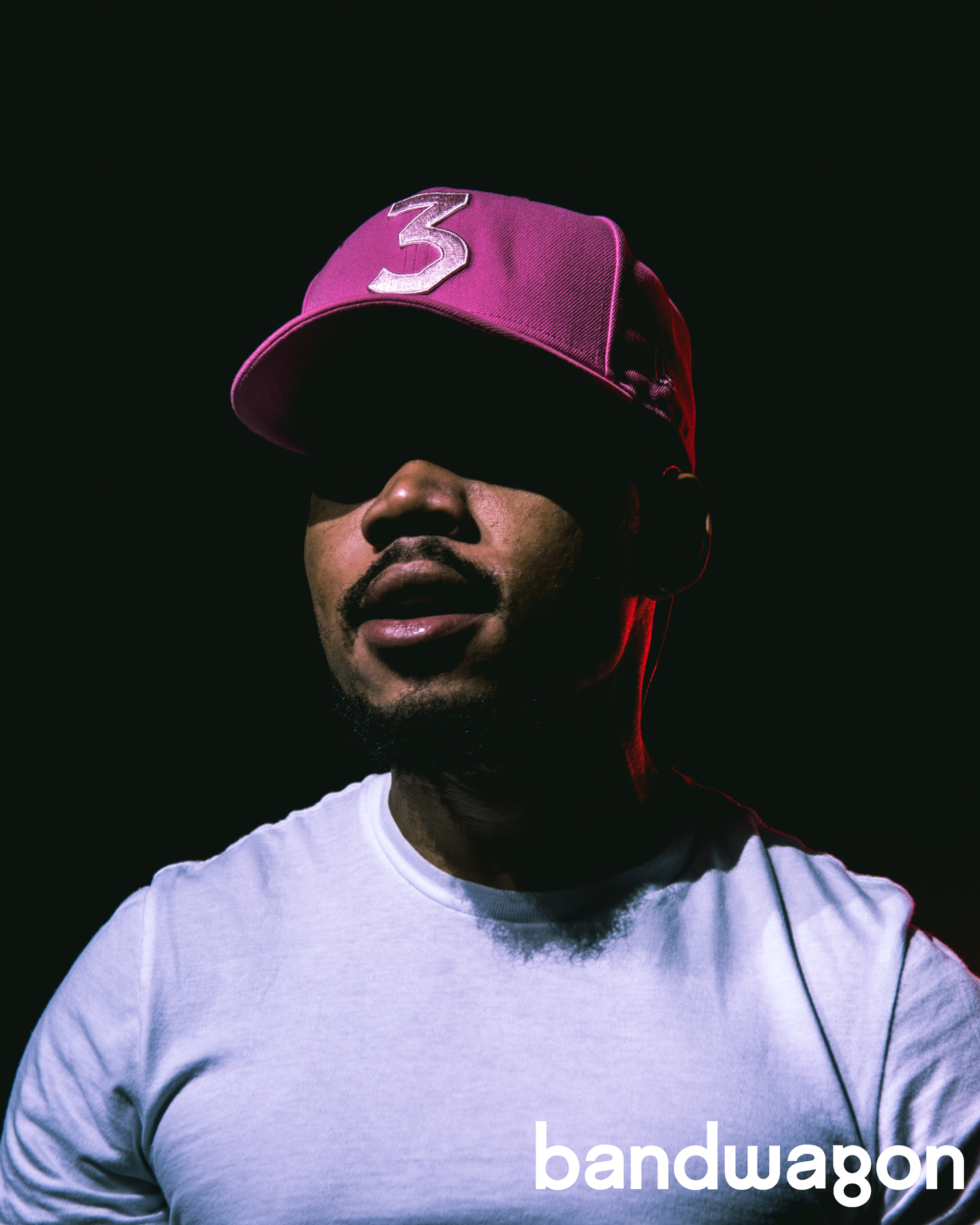 DJ Inquisitive, who opened the show, ably got the packed-out hall pumped for the main act. His genre-agnostic set featured blockbuster rap bangers as well fist-up EDM and even a Bhangra cameo. After a half-hour wait, the room blacked out. It was finally happening.

Chance, crowned by his New Era strapback with his personal emblem, the number 3, front-and-centre and clad in a white t-shirt and black sweatpants, runs into the fray from his holding area situated stage left. The cheers from the crowd are immense but Chance studies the layers of the audience. His brows furrowed, he takes it all in before bringing the mic to his lips and going, “Oooh oooh!”. This high-pitched call would recur throughout the show. To and from the audience and Chance, it was our own lexicon. It conveyed everything wordlessly. 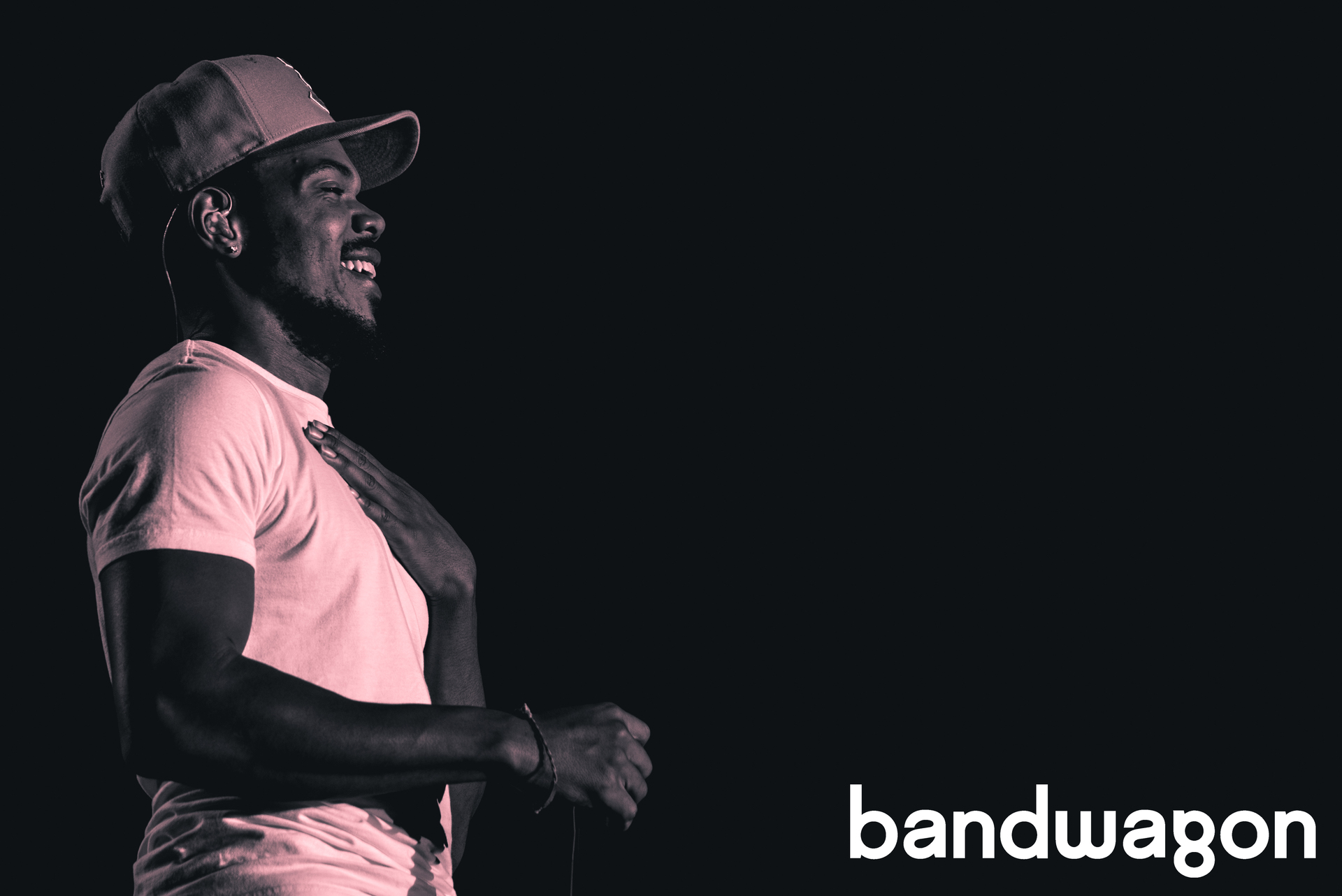 Unlike other big-ticket rappers, Chance isn’t faithful to formulas that ensure an easy, palatable and ubiquitous hit. His songs are verbose and forged in the crucible of funk, soul, juke and house music. Yet, he’s not a traditionalist. Just like how he’s an indie proposition with mainstream bona fides, his music is indie-minded—and faithful to the artistic legacy of his native Chicago—but world-destined. This makes anticipating his setlist a tricky proposition and true enough, he opens with ‘Mixtape’, off his 2016 mixtape Colouring Book, which is the first streaming-only opus to clinch a Grammy. 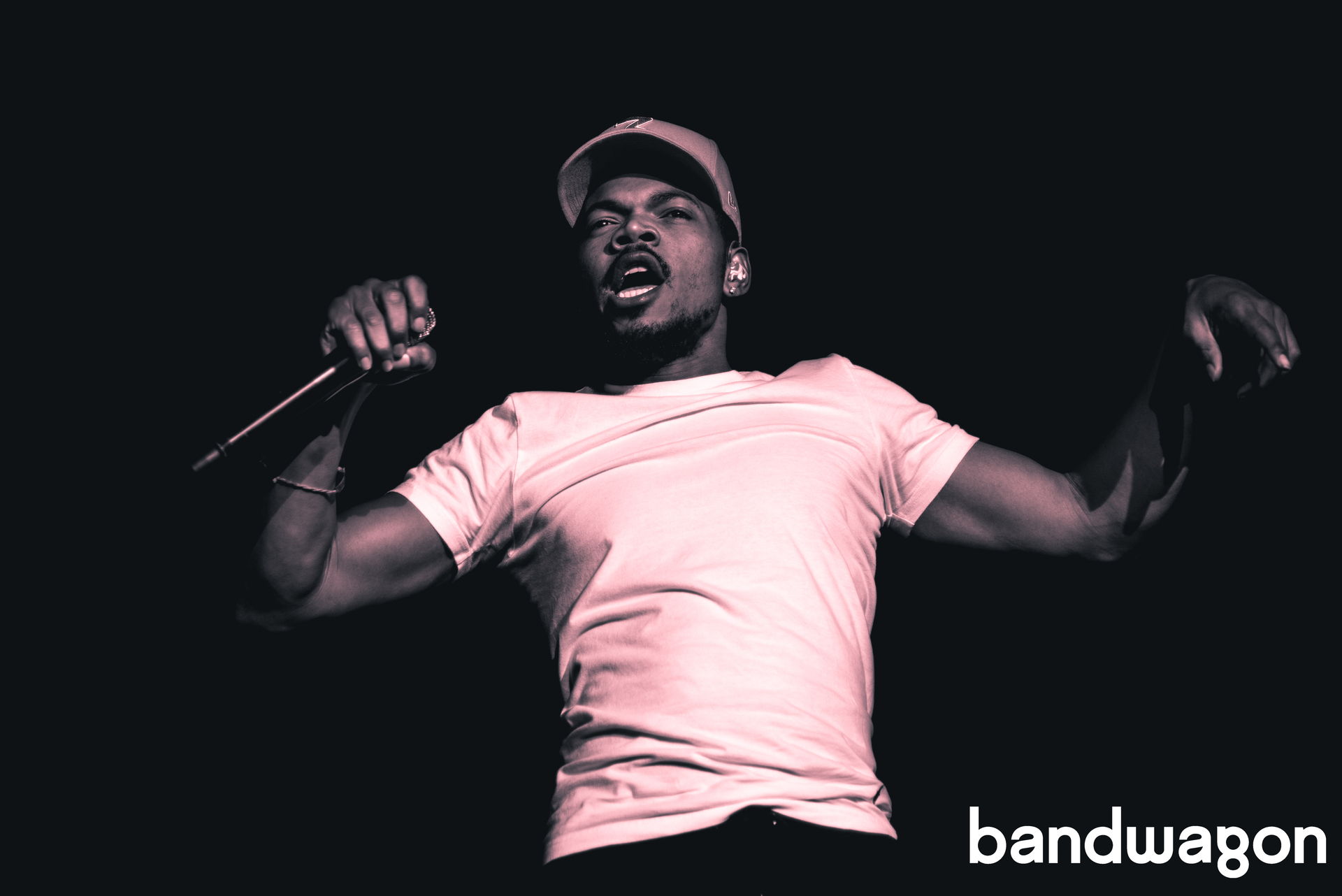 The crowd sings along, inspired. And that’s the thing, Chance is able to have that effect on his flock. Rap is omnipresent now but a lot of it is fueled by turbocharged hype. Chance didn’t have a single piece of jewellery on him – his arresting and charismatic presence was, as it has always been, the hook.

‘Blessings’ and ‘Angels’ follow. Church is now in session.That Chance carries the torch for gospel music—and the Church—is symptomatic of how he’s the Technicolour alternative to gun-banging trap and anhedonic R&B. But because his faith and messaging are non-exclusionary, no one can feel alienated by his very outward and, even from the stands, sincere, love for his higher power. That’s the whole reason he’s enjoyed a never-ending hot streak since he started. He’s the great equaliser – in his songs, beatitude, deliverance, sex, drugs and death all coexist in absorbingly high-def detail. 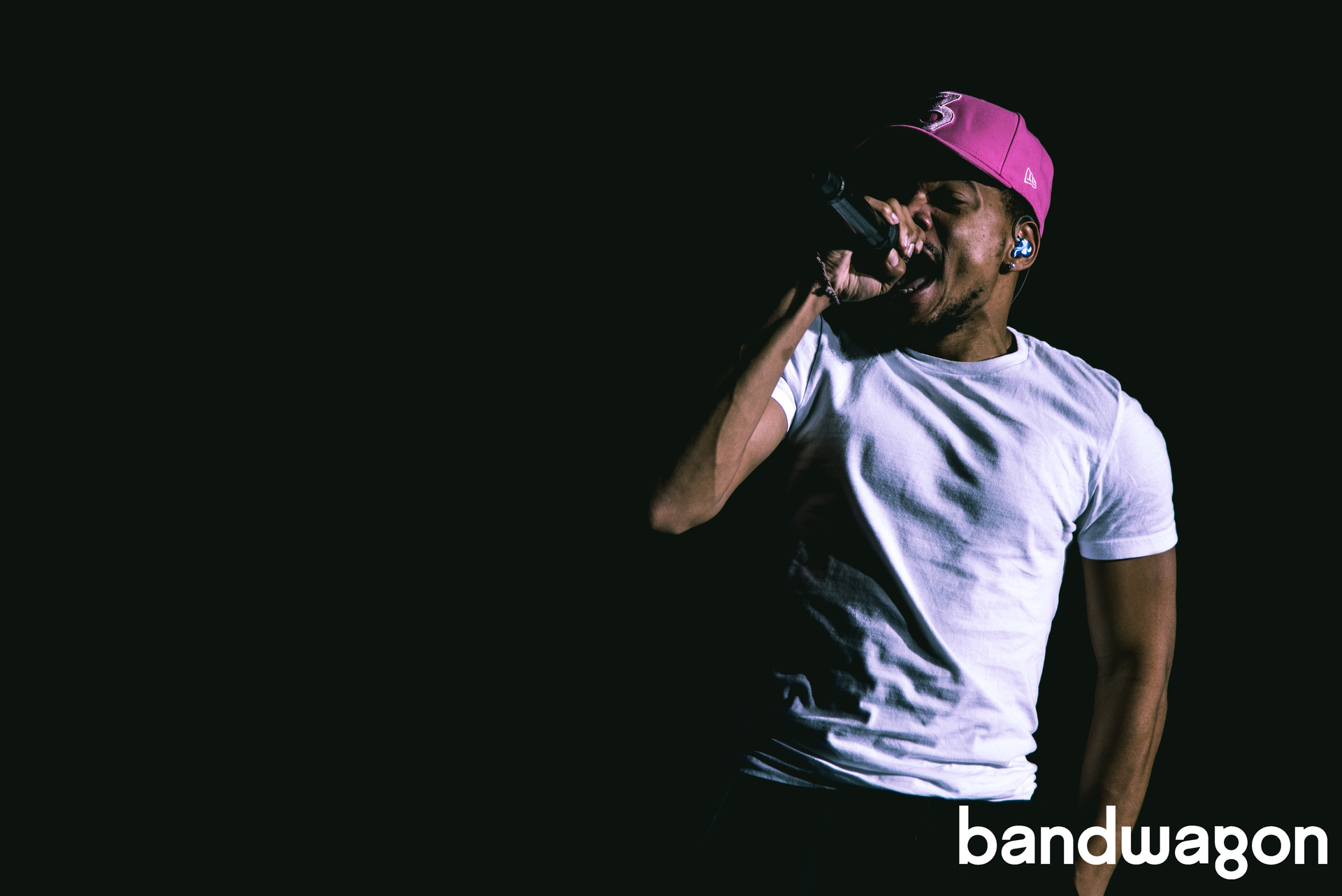 That’s why he has jet packs like ‘I’m the One’, ’Ultralight Beam’, ‘All Night’ and ‘No Problem’ and simmering devotionals in the vein of ‘Angels’ and ‘Same Drugs’. But both types of song start from the same place: The gut; their scope may vary but their essence is the same. The profundity of his soul-searching is visceral, instinctive and as we experienced that night, sumptuously believable. People can dance but also testify to his music – often, this happenes simultaneously.

A word on the latter point: None of it feels preachy; none of it feels like insincere uplifting pablum. And even with a big band and backing vocal section, the music isn’t overstuffed. If Chance’s larger ambition is to reshape rap in his and/or his Creator’s image, he’s succeeding ably because his product and packaging are immaculate. 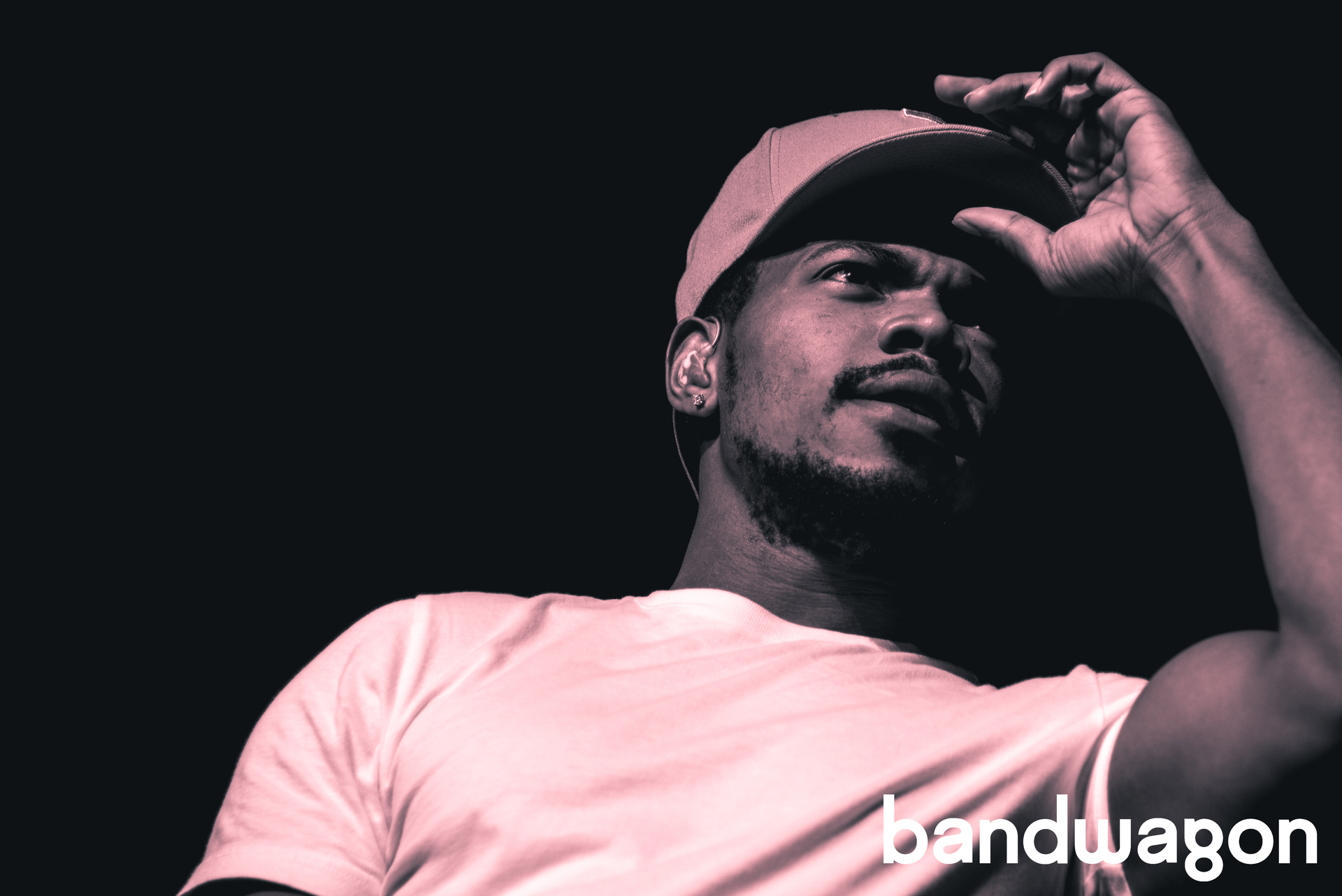