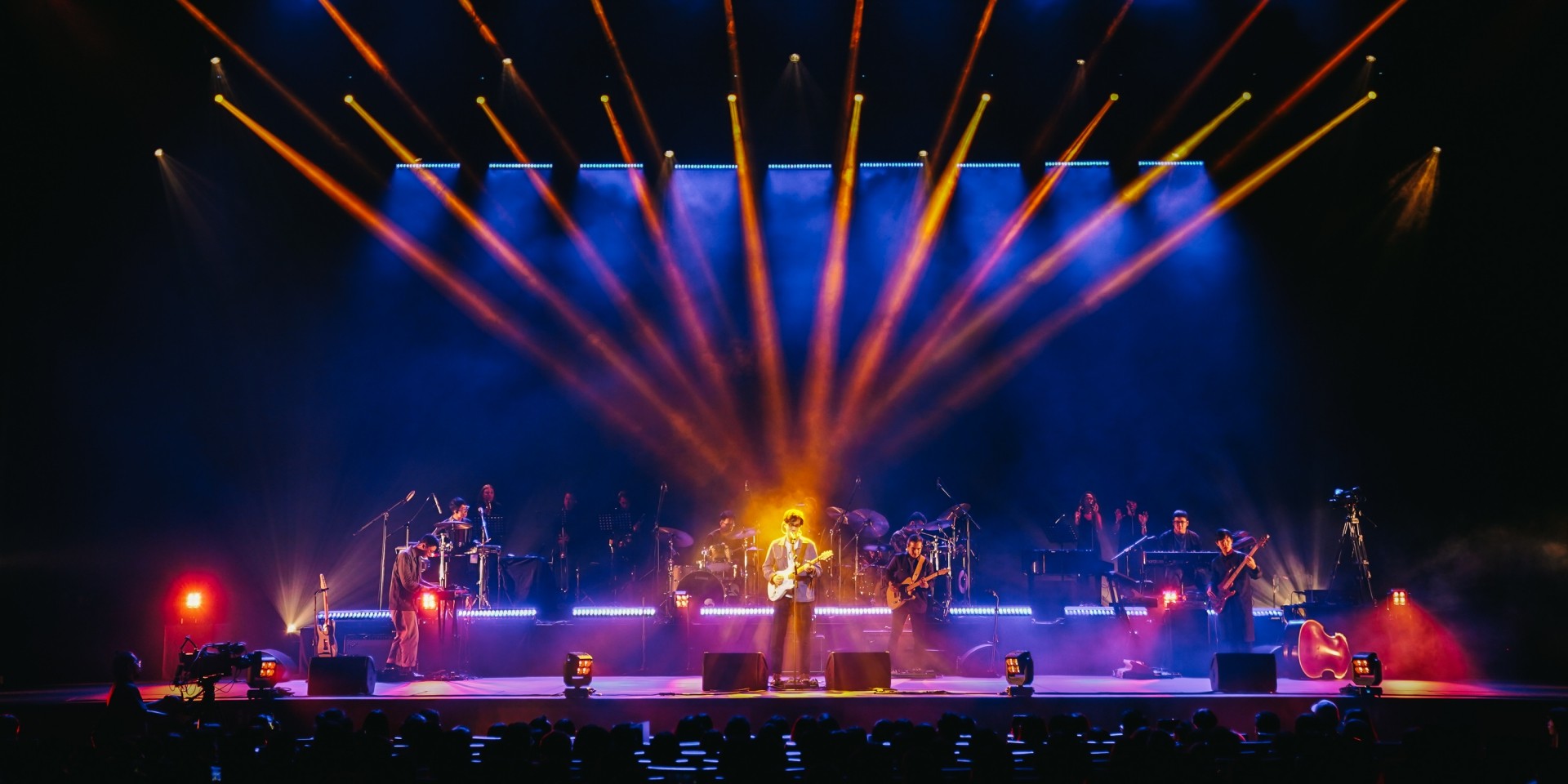 As a freelancer for Bandwagon, my process is simple: I attend the concerts (keeping in mind that I’m working at these concerts), take some notes on things I’d like to mention in the gig report I'll have to write after, and get to the task of writing the day after the concert. 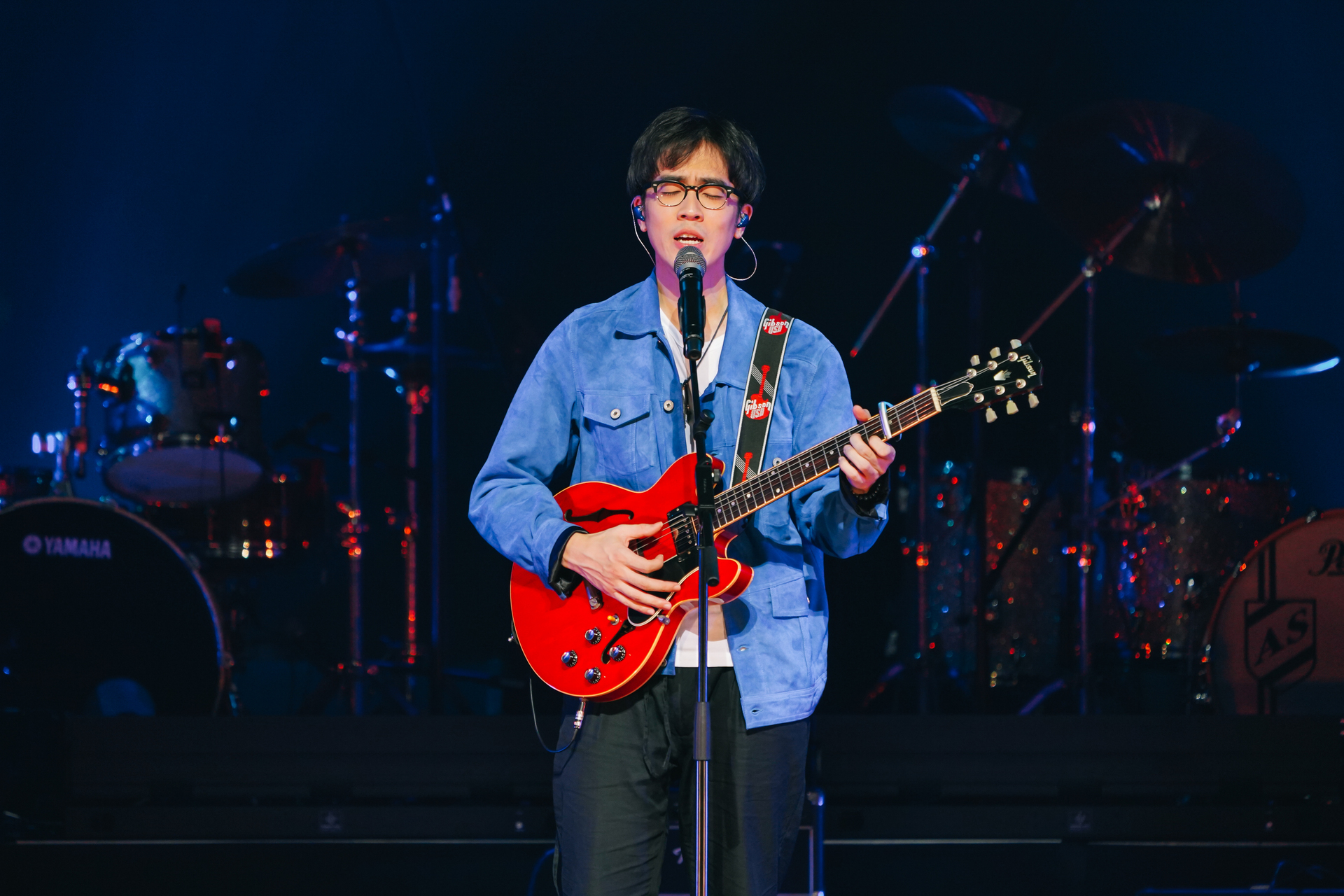 Last night was a break from this process: Not because I simply forgot to follow it, but because Charlie Lim and The Mothership and his guest artists made me forget time, space (wink), process and structure. When some of Singapore’s best and most illustrious musicians – some who share a chemistry built over ten years – came together to make music on Friday, December 7, I forgot that I was there to work. All my recent frantic searches for concert notes before I started writing this came up naught – because I wrote nothing. Simply put, Charlie Lim’s one-time only show at The Star Theatre promoting his latest sophomore release, CHECK-HOOK, was one of the best concerts I’ve attended this year. 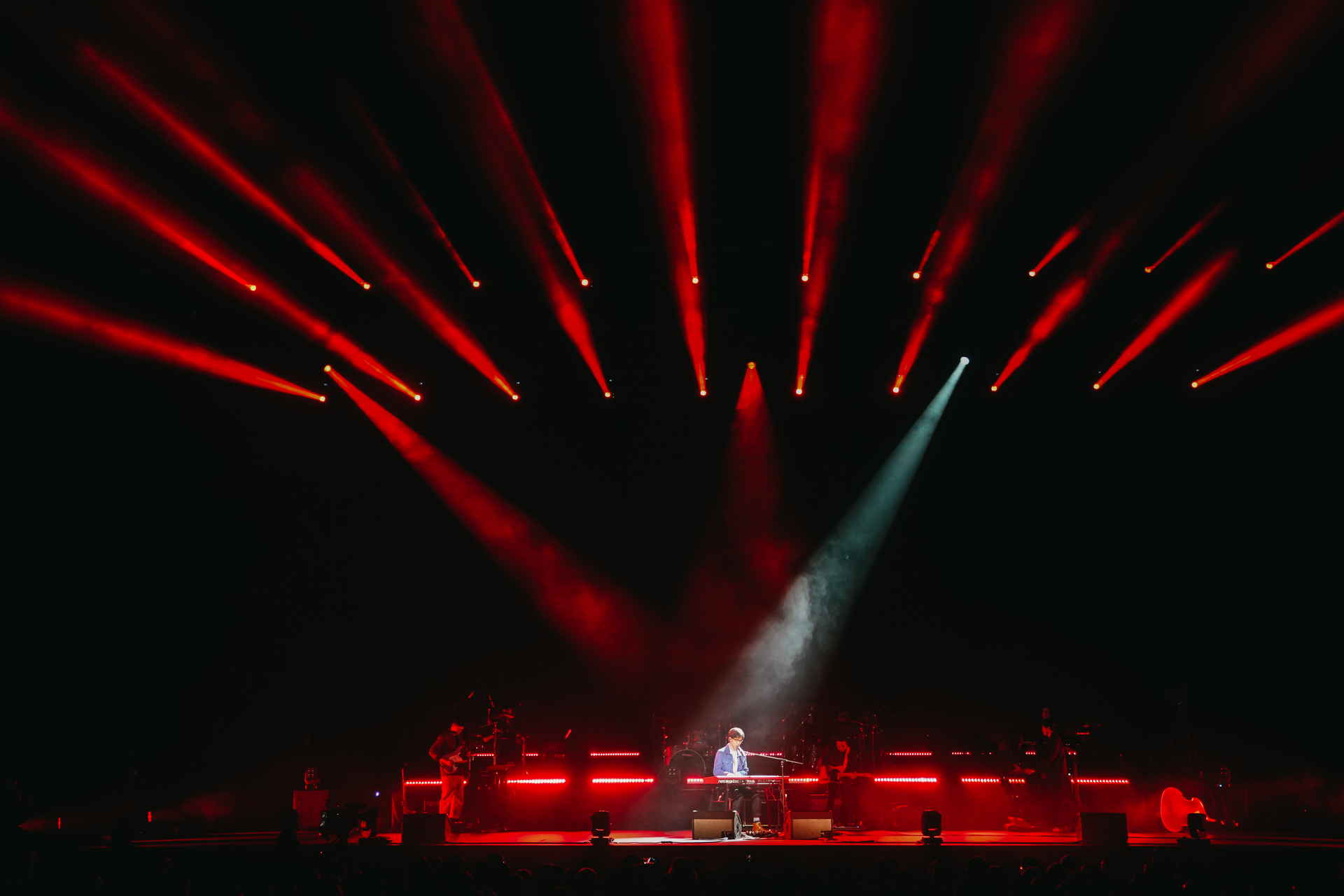 The excitement for this concert was palpable from Lim’s Instagram. The publicity for it started way before gig day itself, with Lim and The Mothership posting Instagram stories of rehearsals and soundchecks. It was clear that they were planning something big: Five-second panoramas of a big rehearsal room seemed to show a massive 13-piece set up including two drummers and a whole brass section. Lim had also mentioned that the concert was the “biggest show [they’ve] ever done”, that it’d be the “best band [we’ll] hear” and that the audience would “never see anything like it”. Instastories of the soundcheck showed a plethora of pedals and amplifiers and teased the creation of what was sure to be a musically intricate tapestry. What a high bar to set.

This bar was surpassed. Easily. 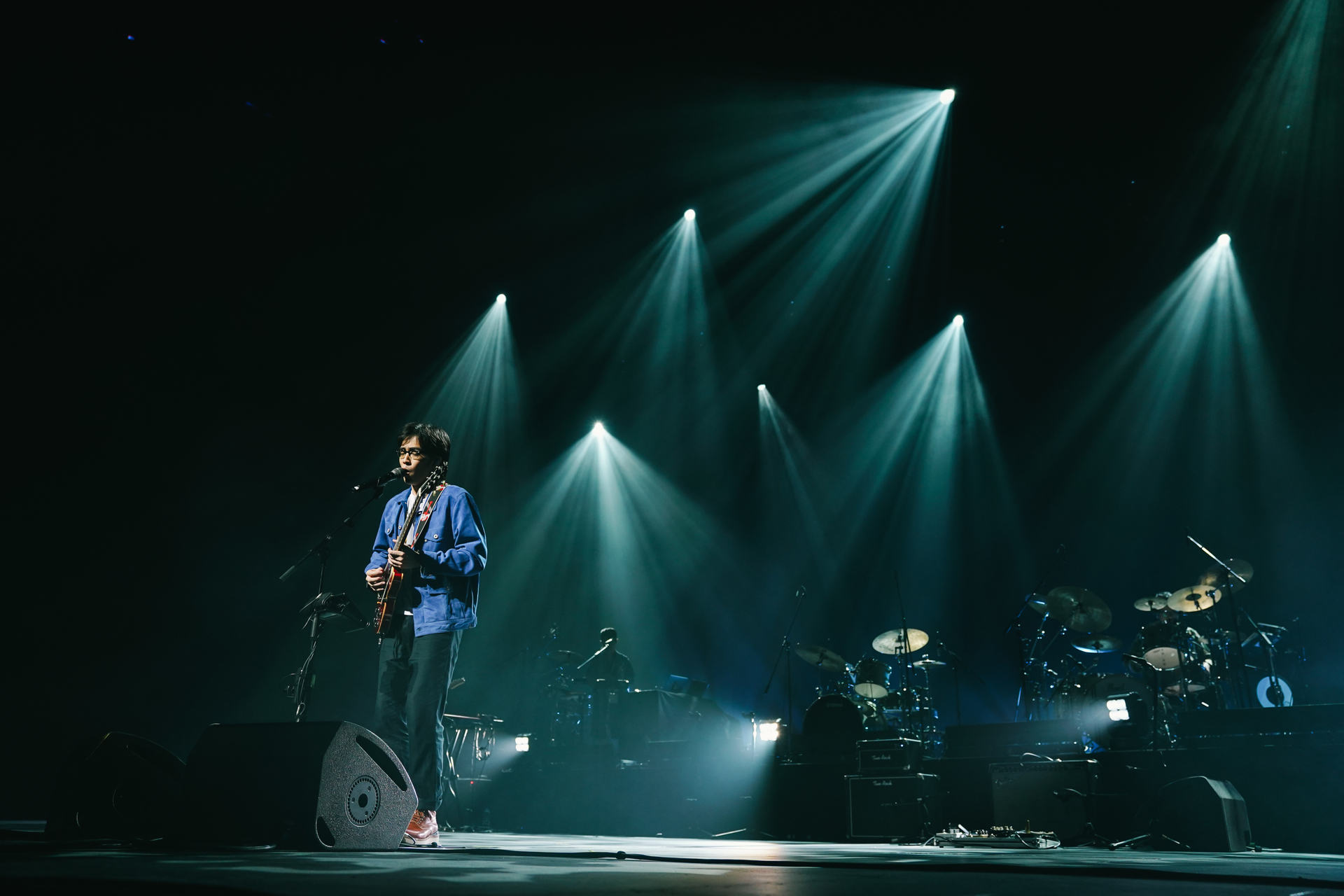 The first thing any of the 1,600 concert goers would’ve seen that night is that almost the entire music community of Singapore was out in force to support Lim. From fellow musicians such as The Sam Willows, The Facade, Gareth Fernandez and Disco Hue to members of music media houses and the who’s-who of the local music scene, the Star Theatre played host to a tightly knit community coming together to see one of its own shine. So it wasn’t surprising that Lim was in his element: Knowing that he was playing to friends and family, his easy-going and relaxed vibe was readily apparent. There wasn’t a tinge of nervousness in his voice as he effortlessly interacted with the crowd halfway through his set. More importantly, there wasn’t any hesitation in how he bounced between songs off TIME / SPACE and CHECK-HOOK, ran around the stage as he solo-ed, revealed that they were filming a concert DVD and sat by the side of the stage to deliver melancholic vocals from 'Blah Blah Blues'.

Speaking of the music of the night – it was in a league of its own. 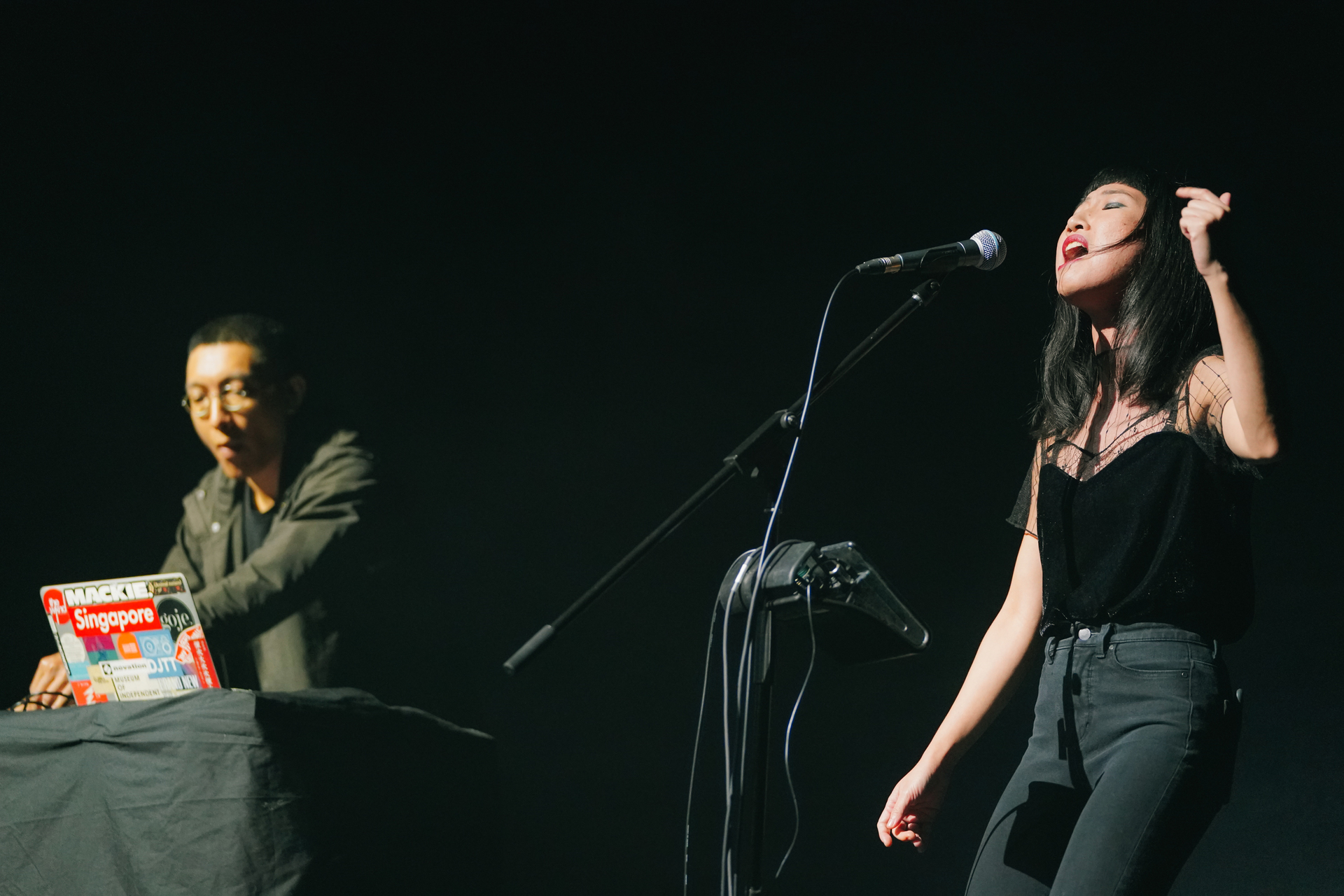 One of the most important parts of a concert is its opening. It sets the mood for the main act to come. .gif, held its own for a magnificent four songs, as lead singer Weish – who also guest-starred alongside Lim later in the concert on the song 'Premonition' – used her voice and a looper pedal to create a teeming junglescape. Such mind-bending musical creations continued to be the theme for the night as Charlie Lim and the Mothership took the stage only to keep wowing the audience with their thrall of filigreed sound. 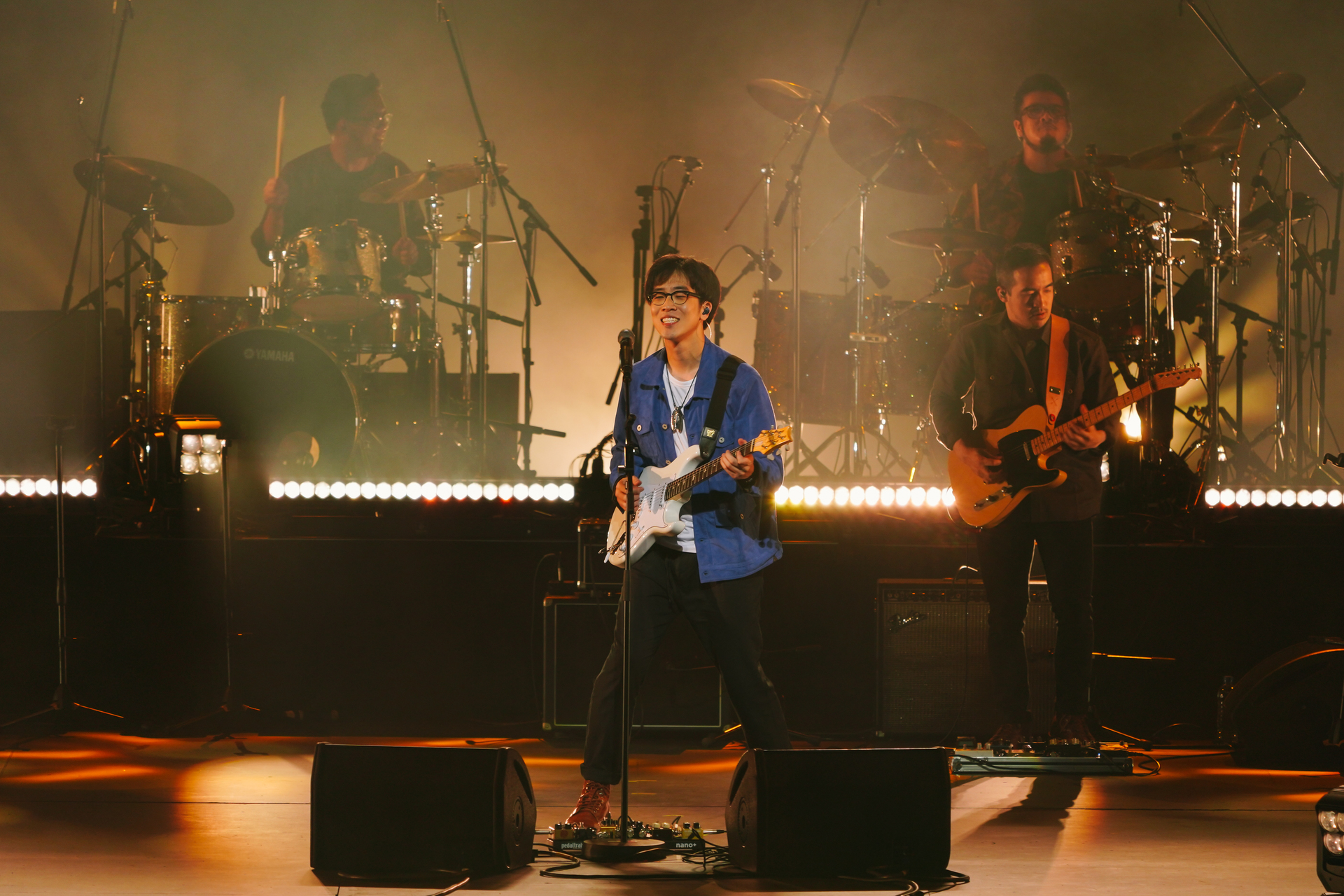 As I kept wondering how the band sounded so smooth, three-quarters into the concert, it dawned on me that it was because some of Singapore’s best musicians were on one stage making music together. The rhythm section, comprising bass boss Jase Sng and acoustic and electronic percussionists Adam Shah, Evan Low (Evanturetime) and Soh Wen Ming masterfully transited between acoustic and electronic percussion and created a solid foundation for the rest of the band – guitar whiz Euntaek Kim, “The Professor” Chok Kerong, “Grandfather” of the Mothership Mark John Hariman (who flew in from Australia to play for the gig), an intrepid brass section and back-up vocalists Vanessa Fernandez and Eugenia Yip – to create melody, wonder and magic. 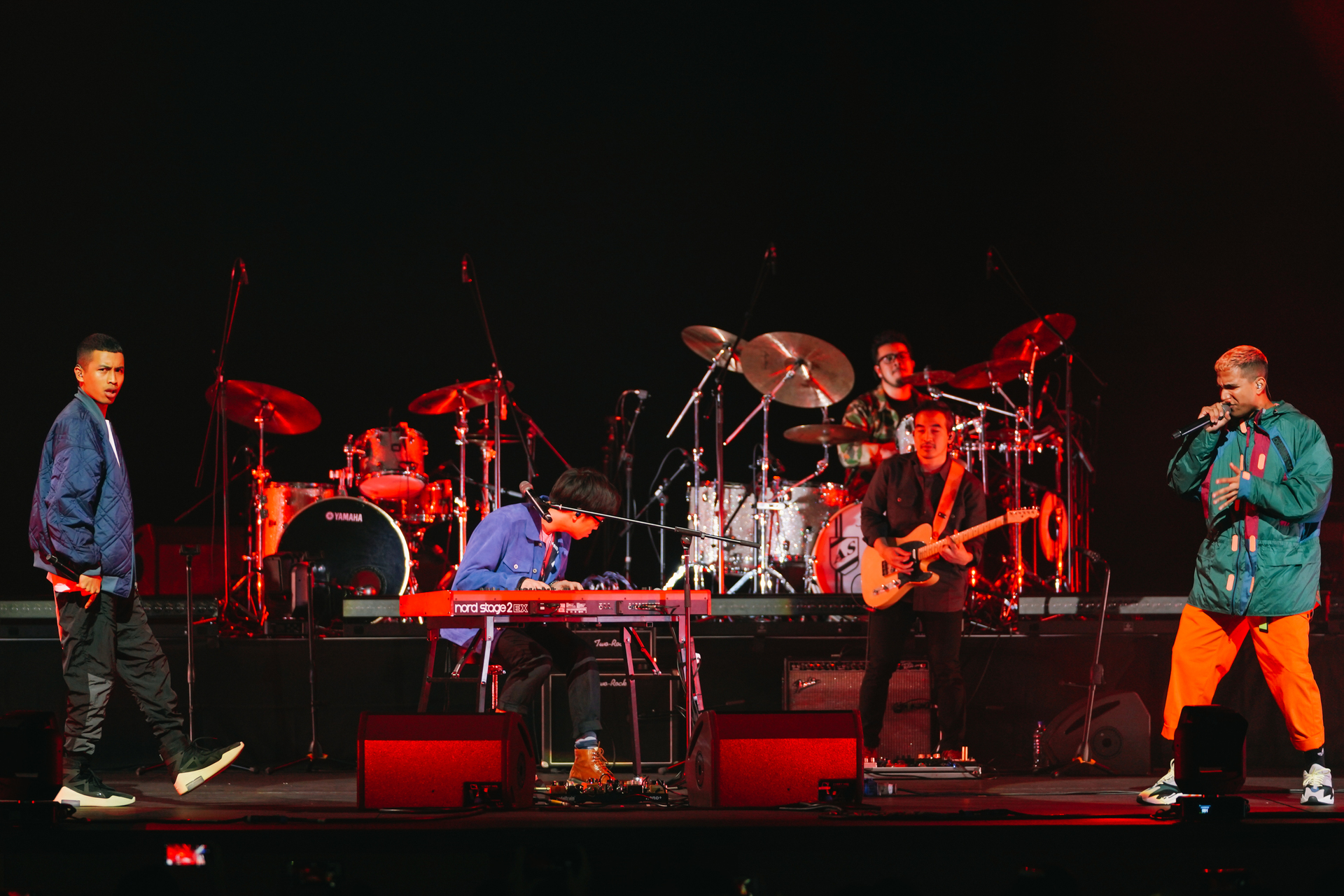 As the band transited between old classics such as 'Knots', 'I Only Tell The Truth' and the much-anticipated 'Bitter' as well as new bangers, including, 'Least of You', 'Welcome Home' and 'Circles', their musical talents and hard work were plain for the audience to see. At its biggest, the band was a 15-piece behemoth featuring all the above-mentioned members as well as local rappers Fariz Jabba and Yung Raja, whose rabble-rousing entrance had the audience raising the lights of their iPhones and waving along to a high-energy rap interlude that was unlike any other moment in the evening.

No concert is complete without its stage effects: Being a great location used by the likes of Charlie Puth and Harry Styles, the Star’s Theatre lighting system was used beautifully by Lim and his team, with lights and smoke machines complementing the mood and feel of every song almost perfectly. From the entrance of the band – that looked like the landing of a UFO to the opening song, 'Welcome Home' – to its energy-filled core (a cacophony of reds and yellows with the kinetic 'Better Dead Than A Damsel') and its ending during Lim’s second encore (the backdrop mimicking a sky full of stars as Lim serenaded the audience with the line “I’ll grab a fistful of stars” from 'Light Breaks In' of TIME / SPACE), the light design of the concert only strengthened the near-perfect delivery of what was definitely one of the best concerts of the year. 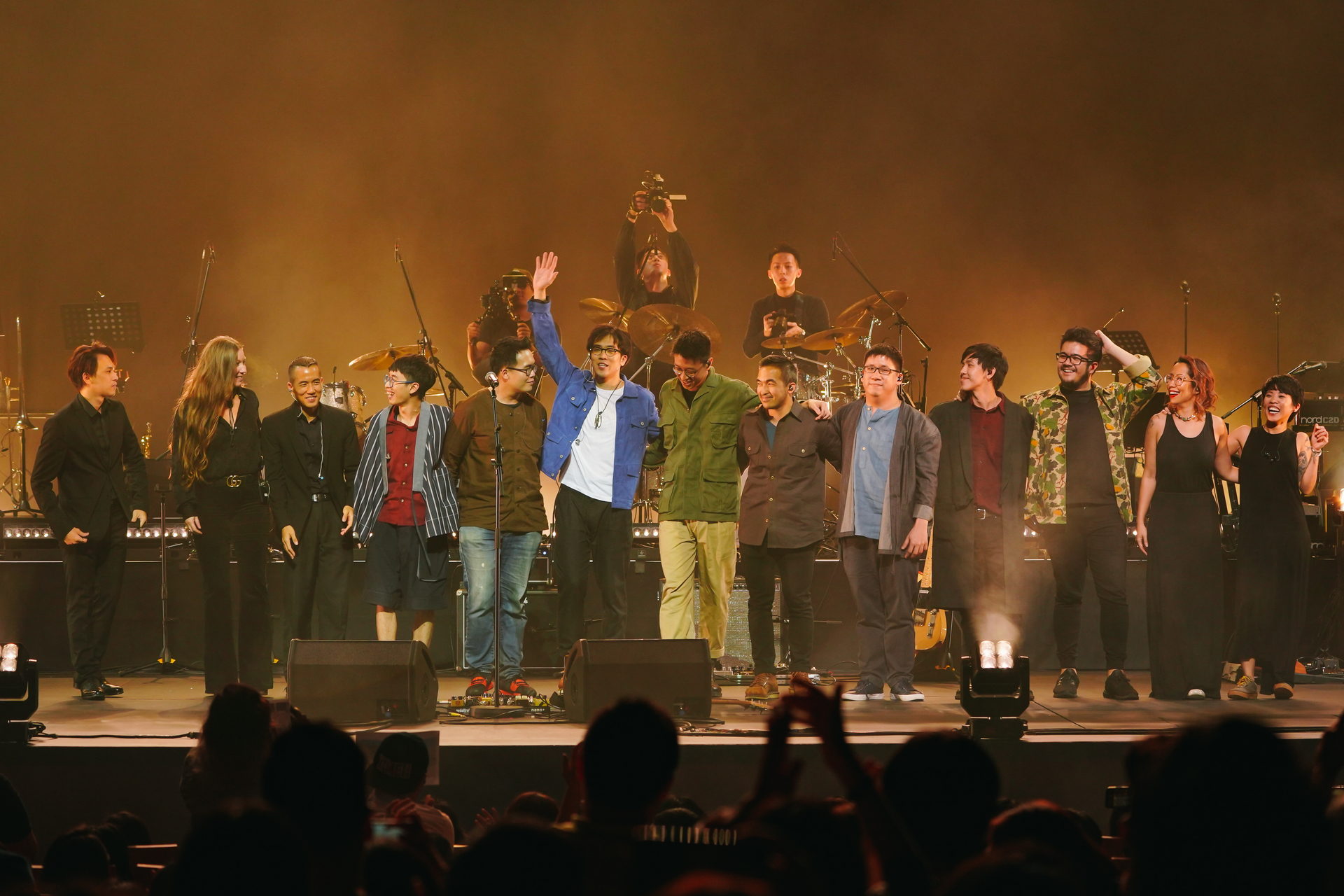 For those in attendance, it was a sublime, raw, emotional and wholesome night: It was one of the scene’s poster boys strutting his stuff and playing with some of his best friends to a community that only wants to see its members shine. That alone is enough to make anyone want more. While we may not be seeing much from Lim and the Mothership any time soon (his Instagram did say that he wasn’t going to be doing anything “ridiculous” like this anymore), fans will have a concert DVD to look forward to.

Thanks to Universal Music Singapore for the invite.