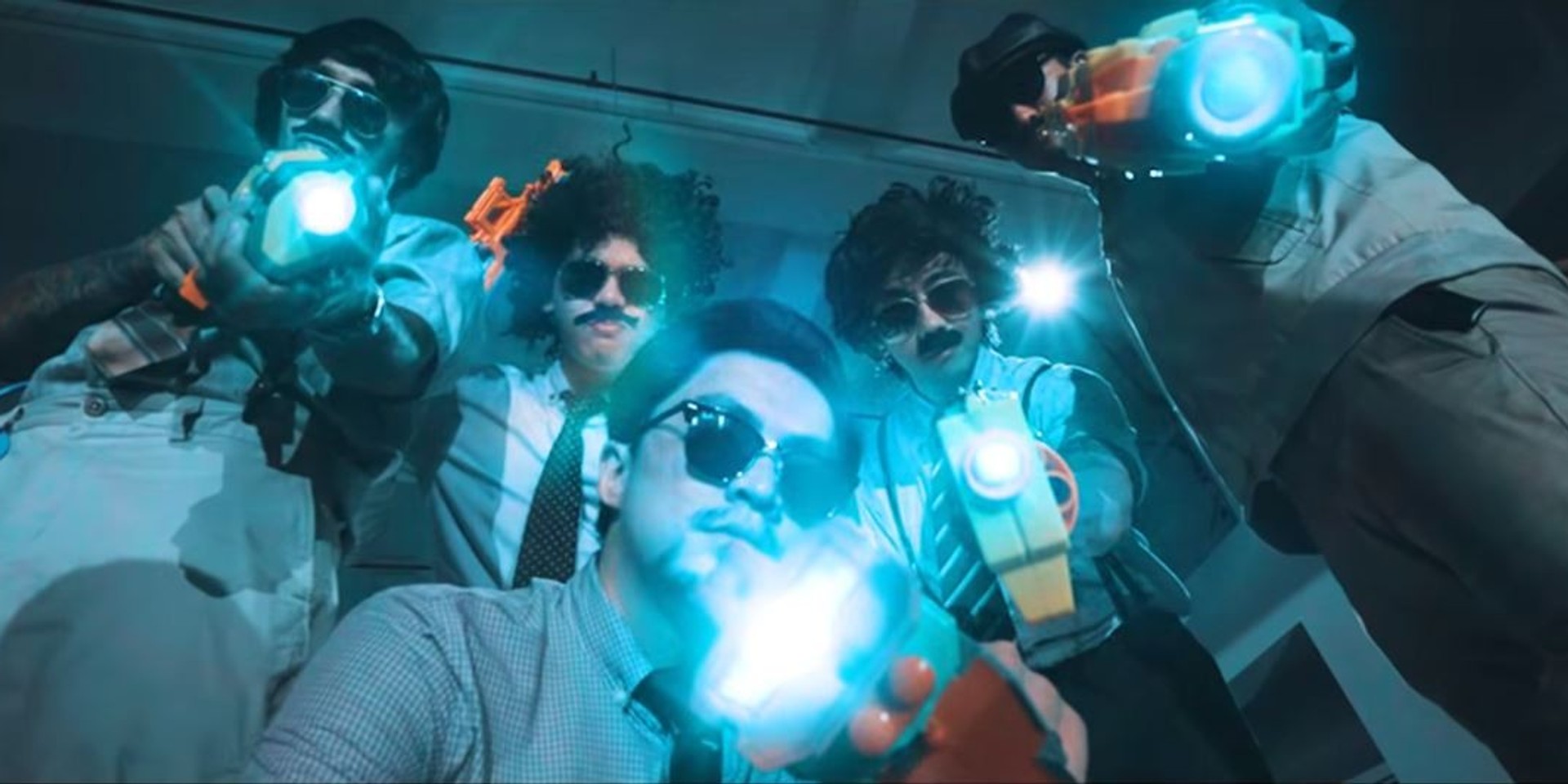 Chicosci are back with the release of their latest video 'Revalation!'

The Kevin Mayuga-directed visual follows the release of last year's 'Buzzin'', a track that took things slow and contrasts from Chicosci's earlier material. 'Revalation!' makes a complete U-turn, back to their 'Raspberry: Girl' days with a banging beat and punk-rock riffs along with an action packed video to boot.

The Filipino rock act joined forces with Mayuga once again for 'Revalation!', delivering a video reminiscent of 'Diamond Shotgun.' In the visual, Chicosci plan a heist to steal a mysterious golden box stowed away in a warehouse, only to get caught by the cops (portrayed by the members of Chicosci). The video includes a surprise cameo from Filipino singer-songwriter BP Valenzuela, who frames the band and steals the golden box in the end.

Chicosci entered the studio in 2014 for what would've been their next studio album, but in a previous interview with Bandwagon, guitarist Mong Alcaraz revealed that they won't be dropping a full album soon. He says, "This is how we are adapting to the new economics of recording, and we’ve been happy just dropping the singles one at a time. It’s actually been very liberating, and adds a new dimension for us as creatives."