British rock band Coldplay played their first 2017 show in Singapore — the first of two sold-out nights at Singapore Sports Hub, the band proved just why their live shows are a massive attraction around the world.

If Coldplay succeeded in one thing in Singapore this year, it's that they proved the Singapore Sports Hub doesn't entirely suck for concerts.

Maybe it was better acoustic planning — there were noticeably more speakers in the arena, with extra towers accommodating the crowd furthest from the stage — but Coldplay sounded full of energy in the immensely large stadium, with every song breaking through with considerable clarity.

Not the clarity you can get from the Esplanade Theatre, sure, but it was possible to make out every word that Chris Martin sang, and every explosive instrumental passage was fleshed out amidst the screams of the 50,000-strong crowd. 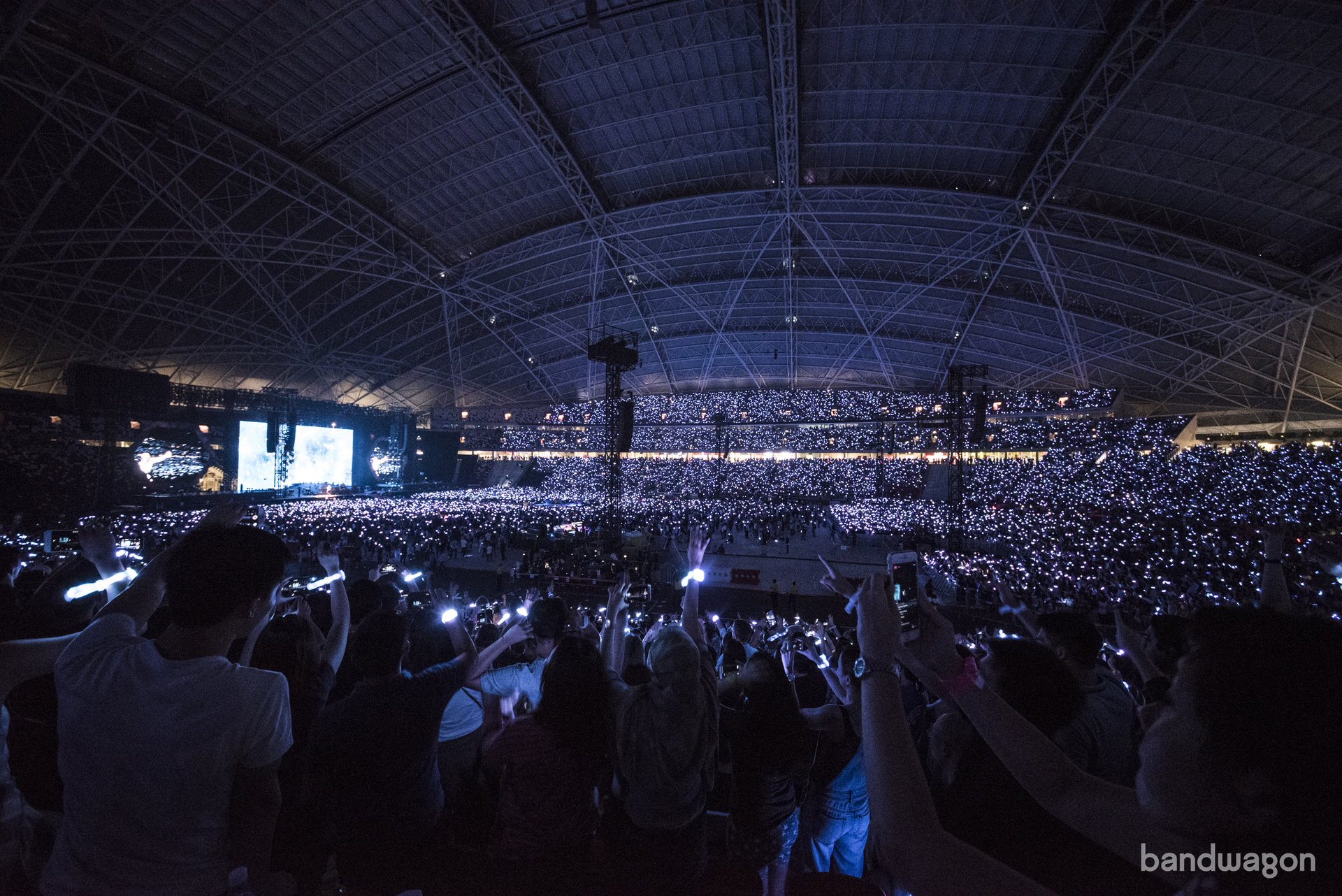 Coldplay performed their first show of 2017 in Singapore, continuing their blockbuster tour supporting A Head Full Of Dreams.

The band primarily performed songs off their 2015 album, debuted their controversial collaboration with The Chainsmokers, followed through with an Instagram request, and paid tribute to the late great David Bowie. 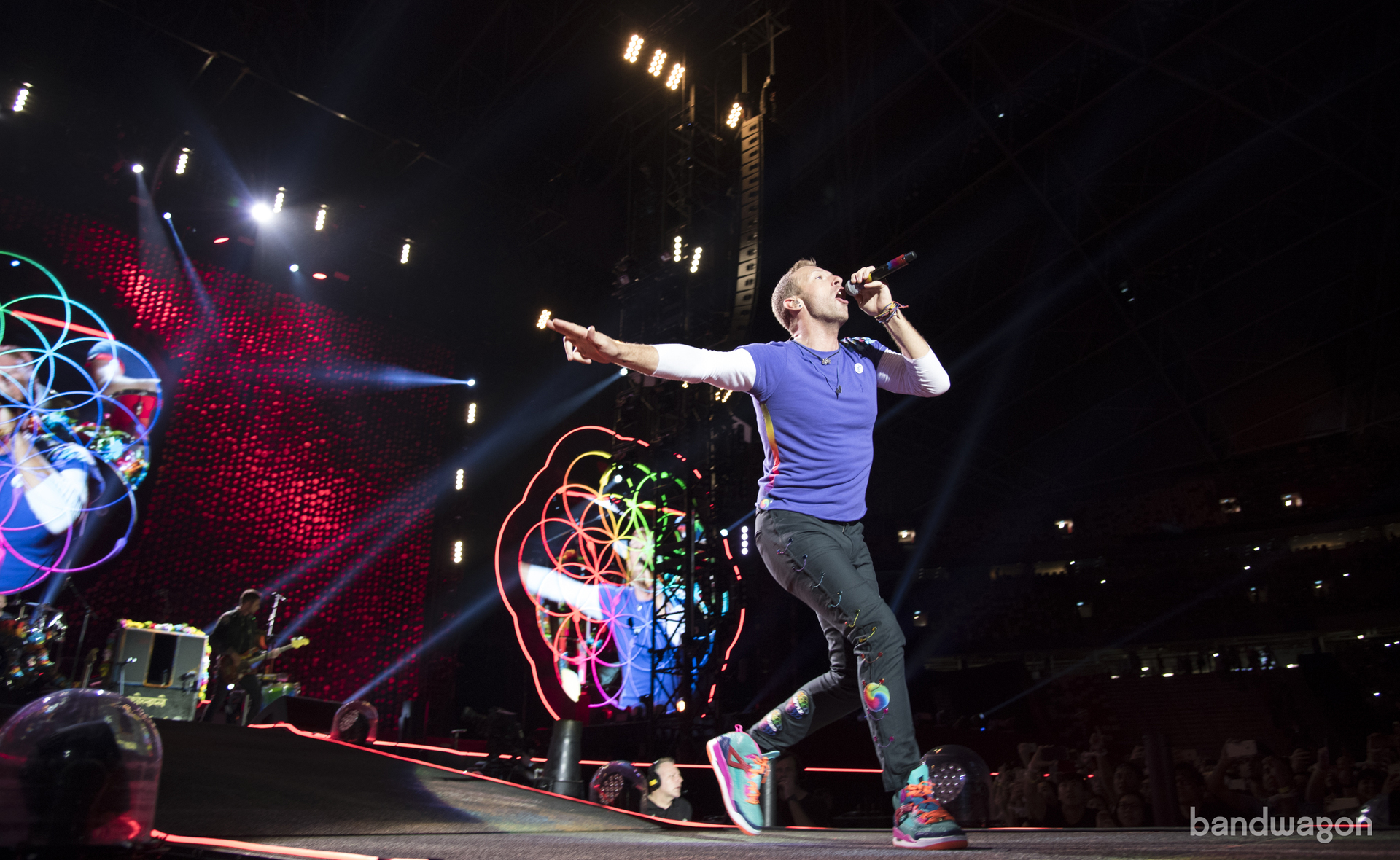 Older fans were quickly treated to songs like 'Yellow' and 'The Scientist' early into the set — songs usually reserved as cathartic concert closers in the past — but Coldplay doesn't deal with that shtick anymore.

Their newer material embraces life in technicolor (sadly not the actual song) and an unmistakable joie de vivre — an attitude that seems almost impossible to keep up with an ominous 2017 underway, but perhaps that's why Coldplay continue to sell out stadiums around the world. 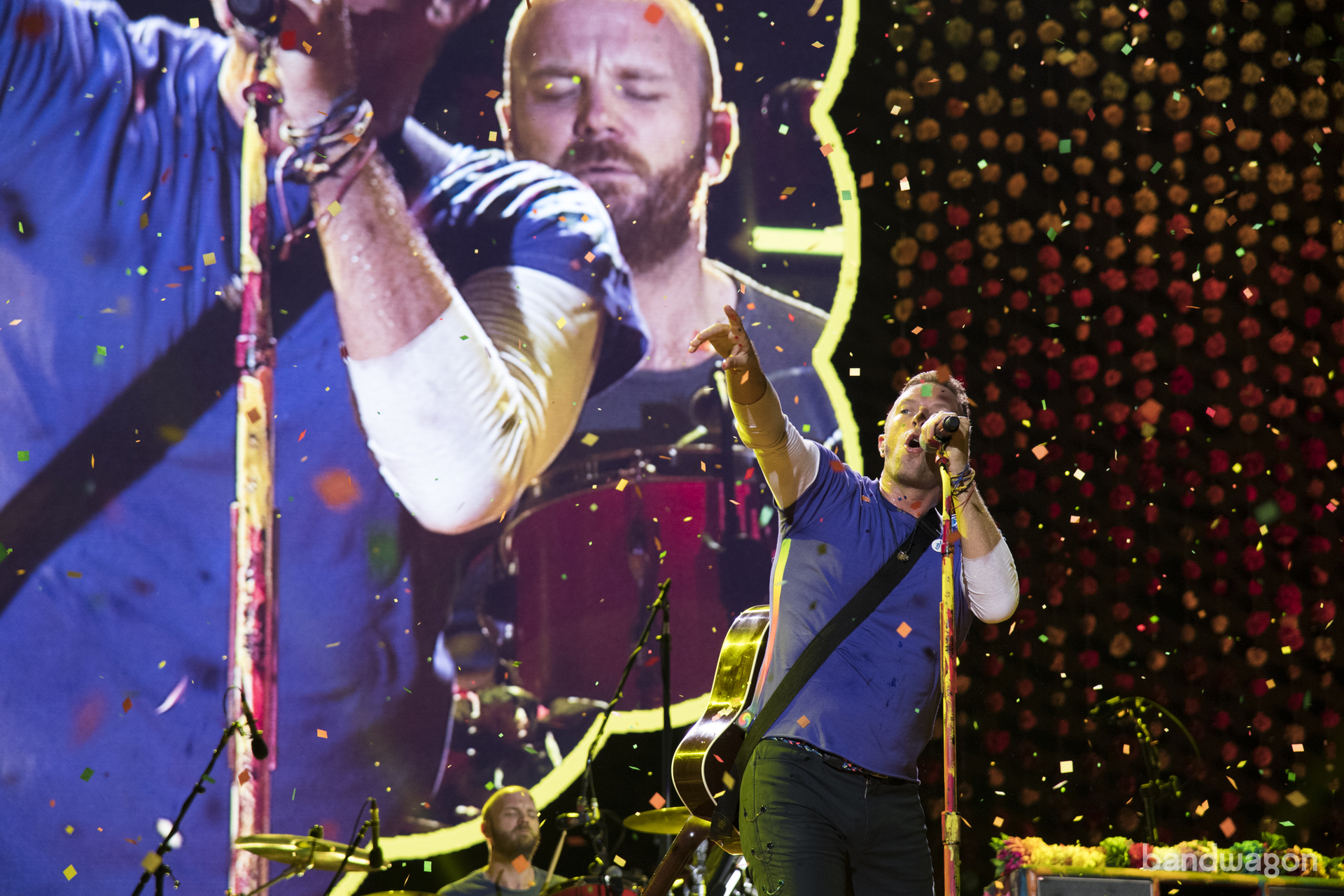 Chris Martin instructed the crowd before a song to keep their headspace away from their earthly troubles and to help emit "positivity" to the world by singing along and enjoying the moment, with anthemic songs like 'Hymn To The Weekend', 'Paradise', 'Til Kingdom Come', 'Every Teardrop Is A Waterfall' and what is arguably their signature song, 'Fix You'.

That is cheesy as hell, but all the more were the crowd eager to cheer along. Coldplay may have their fair share of sappy and introspective ballads, but a Coldplay live experience is pure escapism. With fans in attendance from countries as far as Australia and Hong Kong, including a significant number of people flying in from the Philippines, a Coldplay concert is a religious pilgrimage for many. 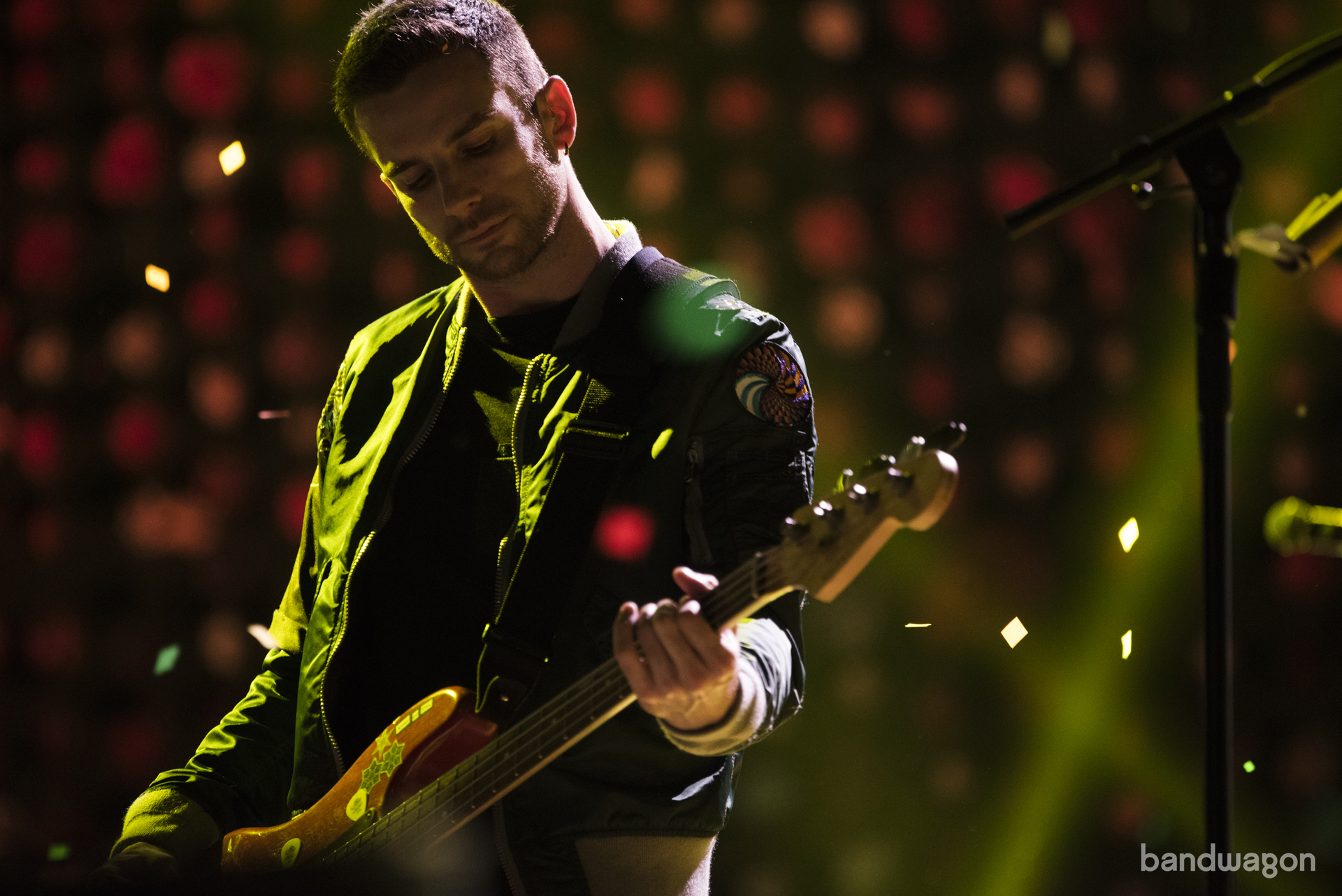 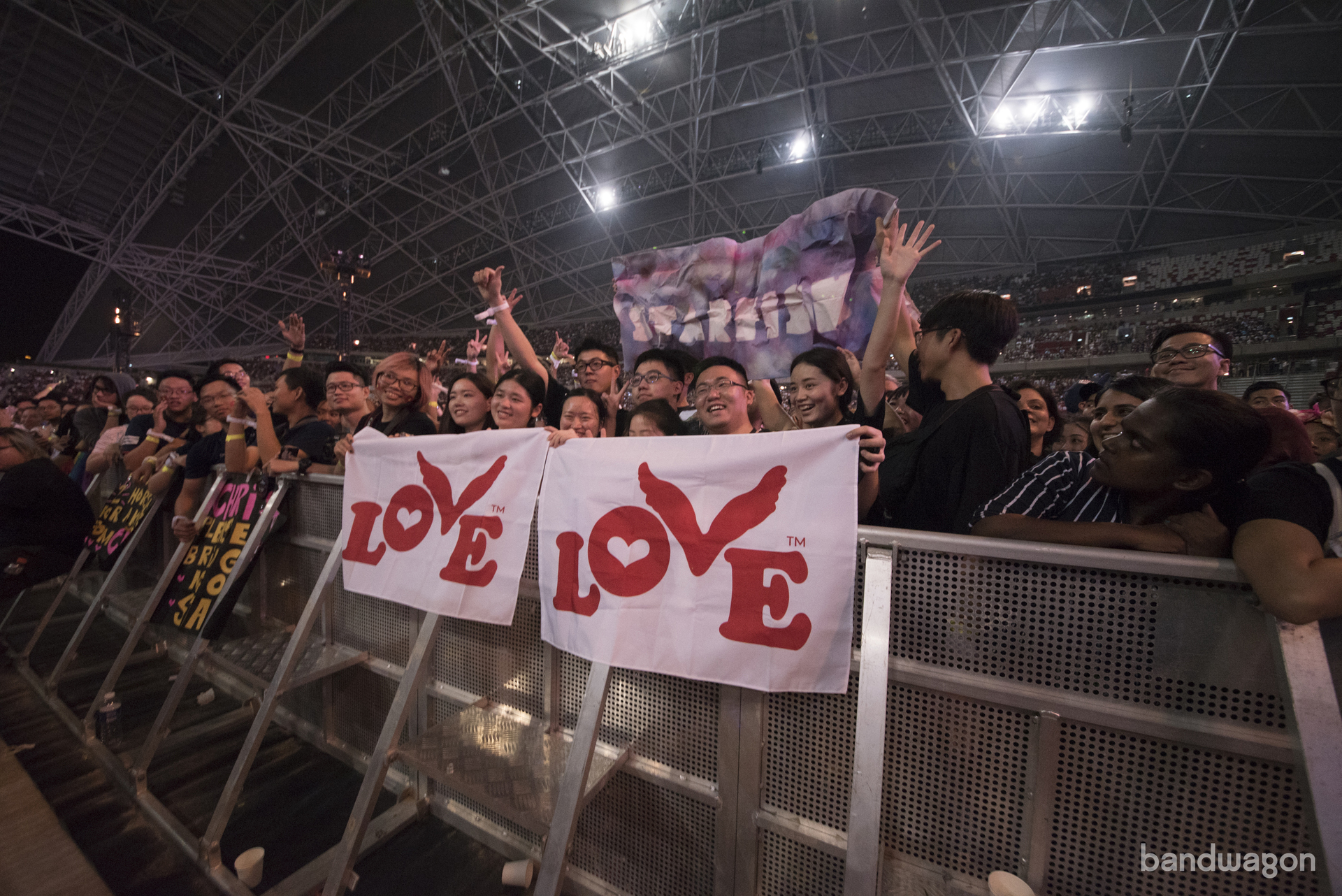 Coldplay's live setup balances the epic with the intimate — an enormous, colourful stage with a lengthy walkway, supplemented by a compact pop up stage placed closer to the standing crowd.

This juxtaposition is something Coldplay has mastered since their Viva La Vida days, and it was executed with the surprise inclusion of the understated Parachute opening track, 'Don't Panic', and the band fulfilling an Instagram request to perform 'Til Kingdom Come'.

Amidst the glowing wristbands and deafening screams, close to 50,000 fans were jumping and cheering in unison, embracing the EDM-lite breakdowns and bathing in the glory of confetti.

No matter what you think about Coldplay, they have their live performance locked down. U2 might as well pack it up (but they might just be the next big band to play the venue). 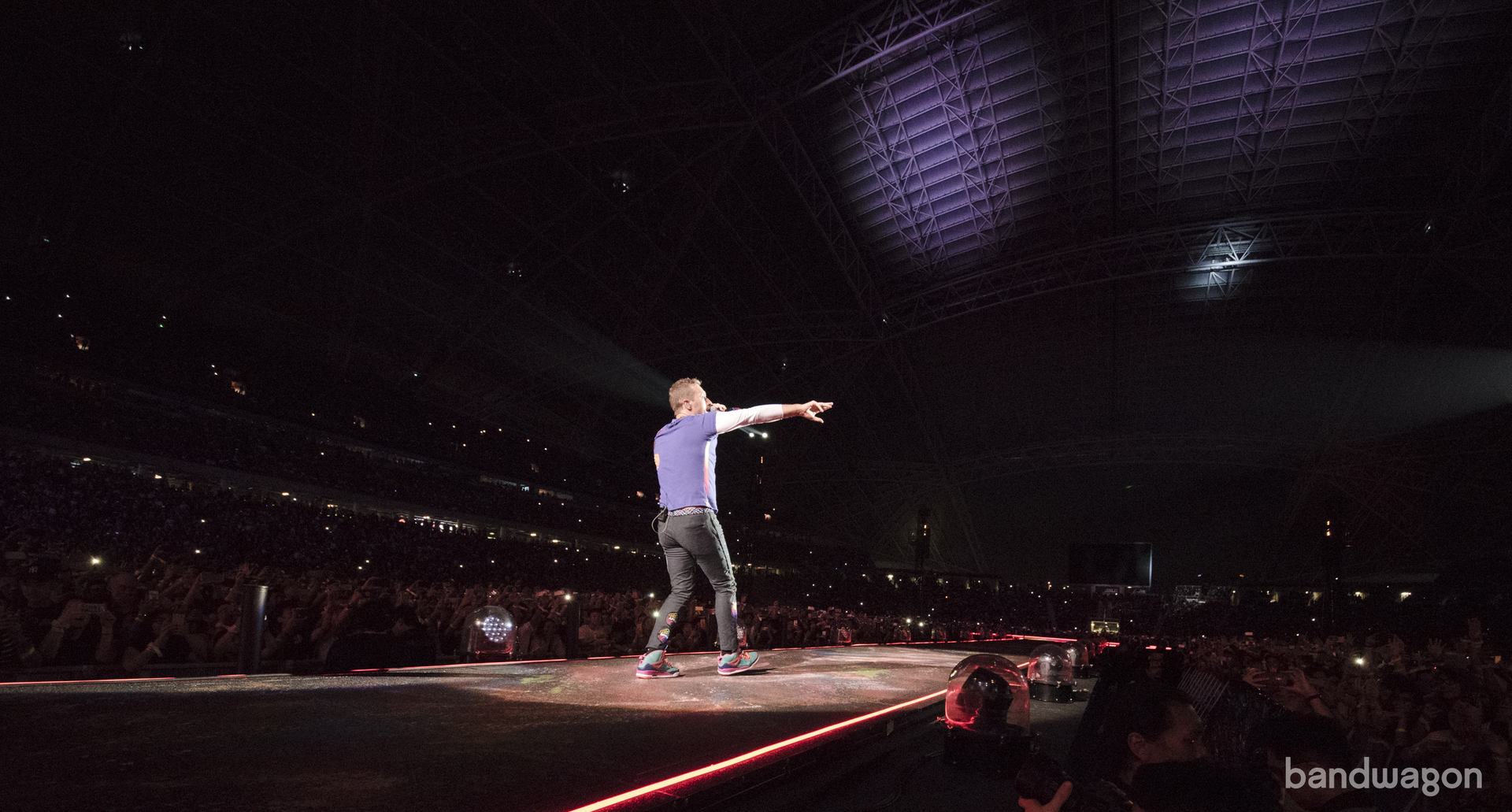 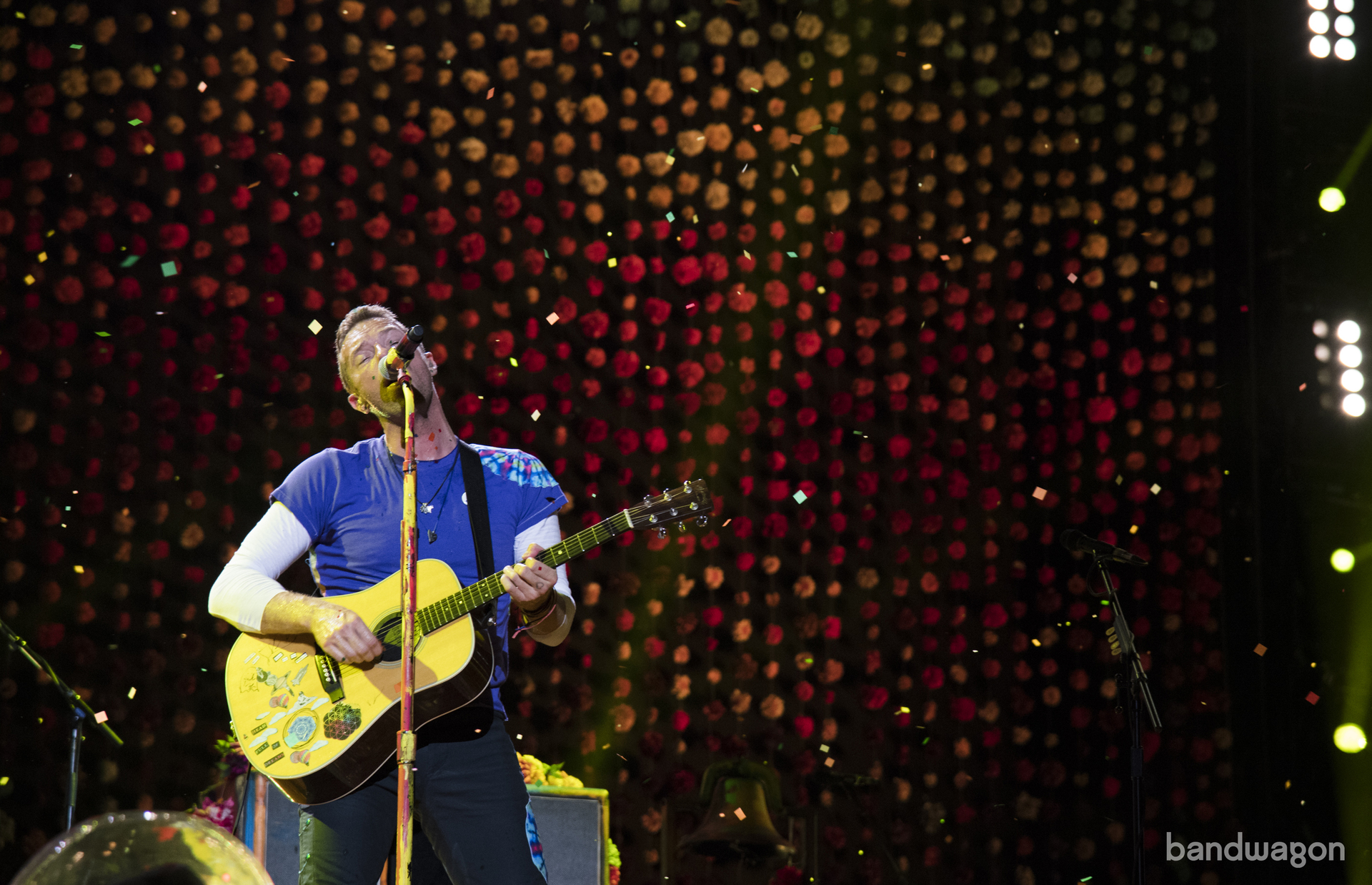 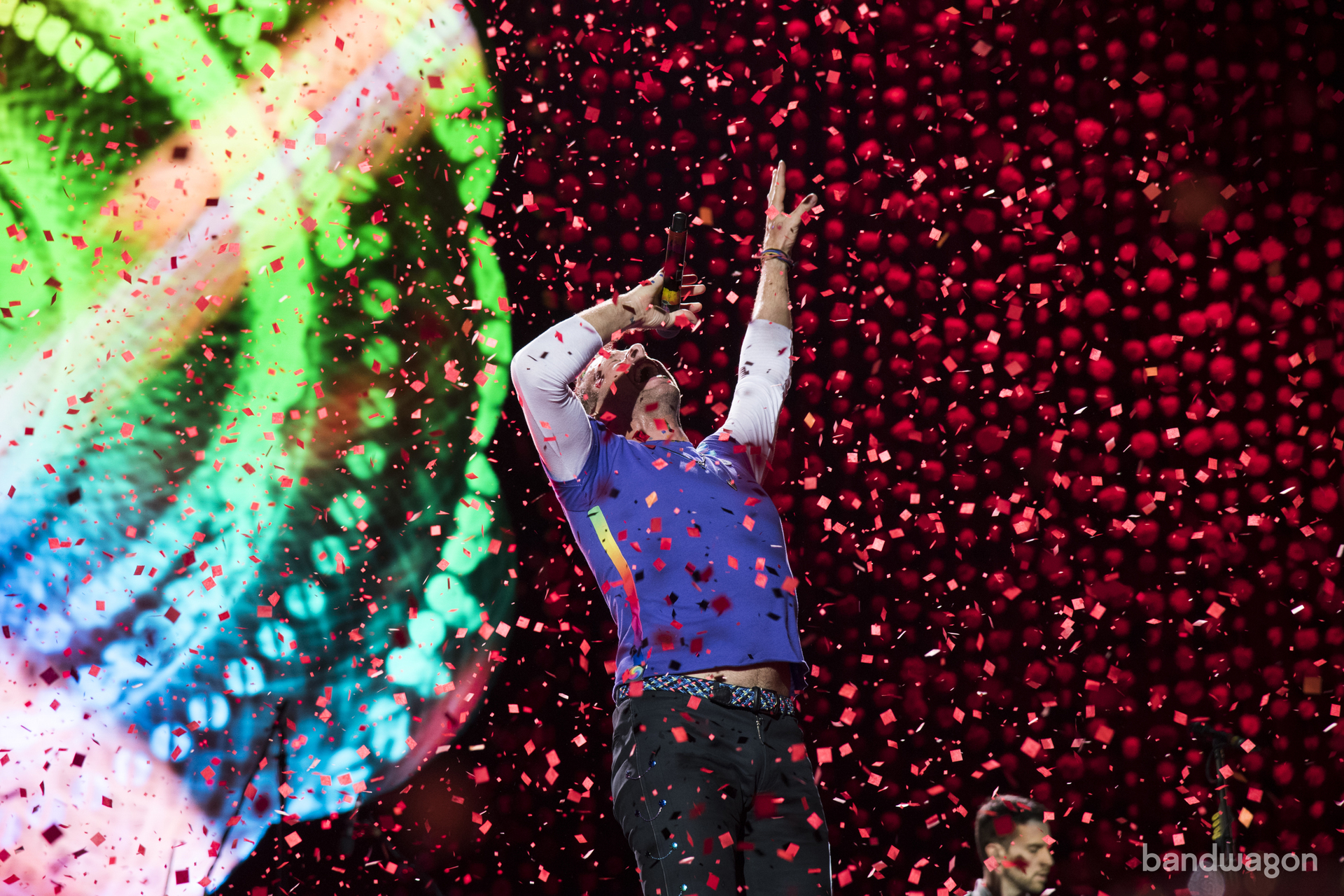 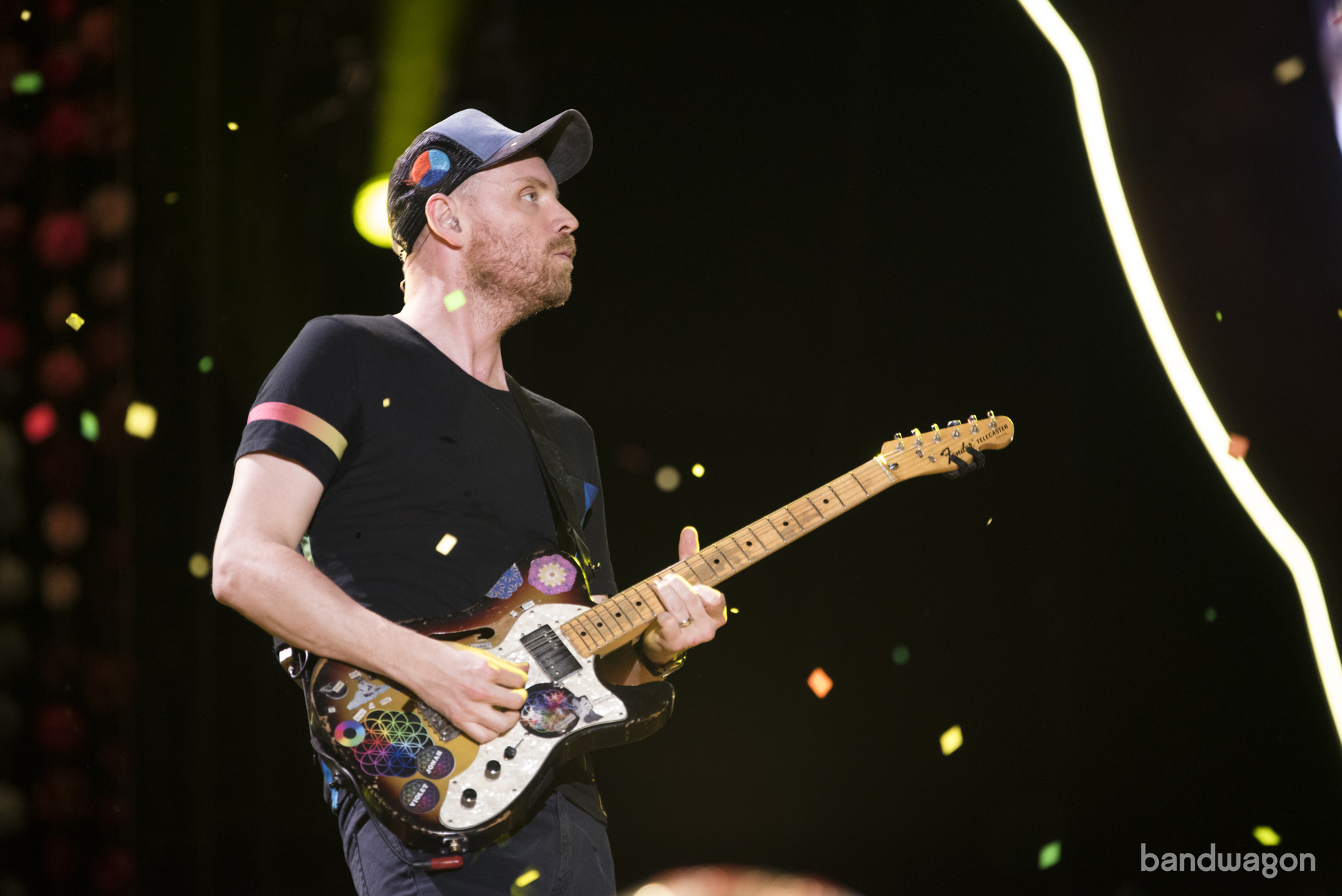 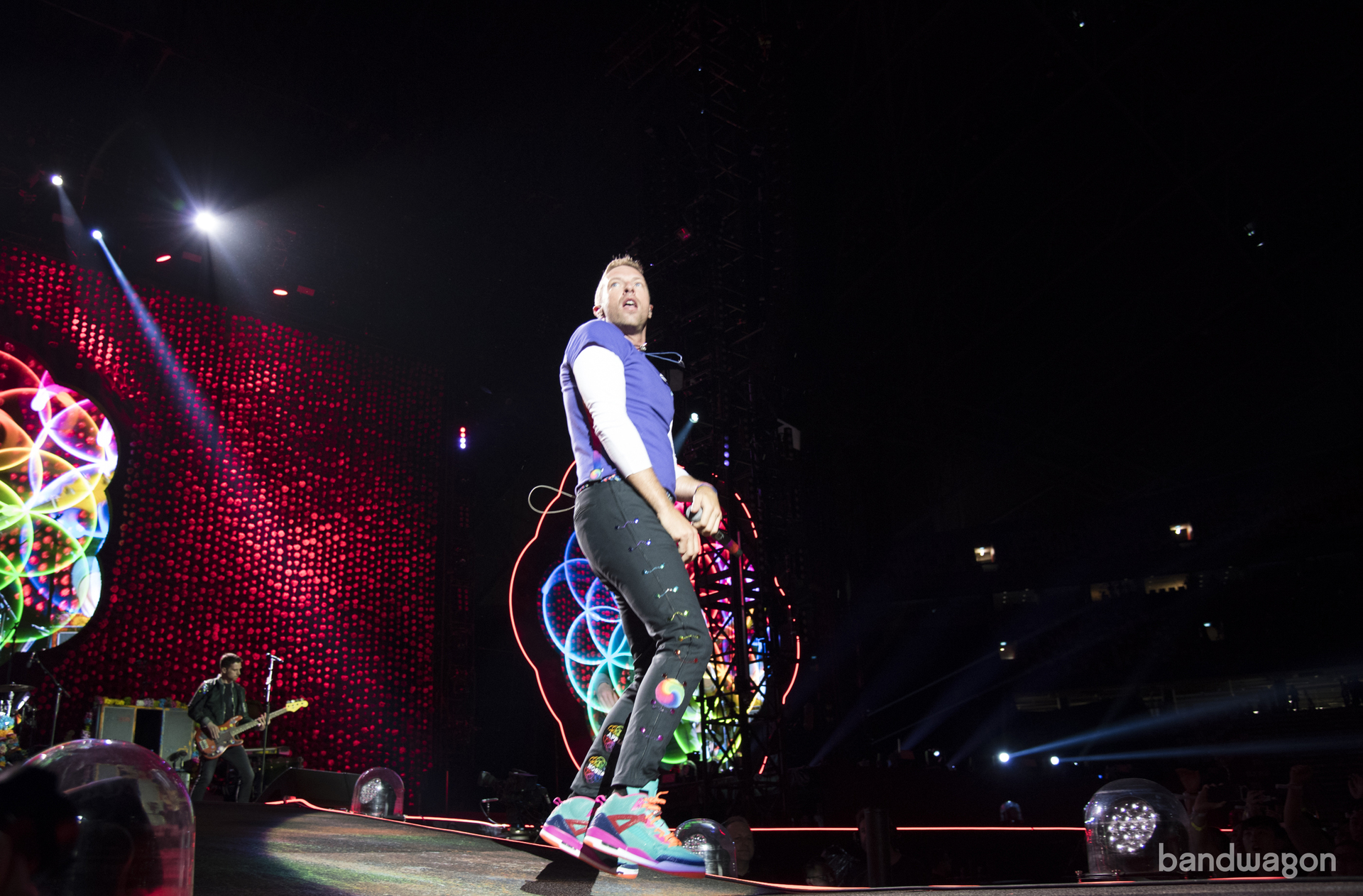 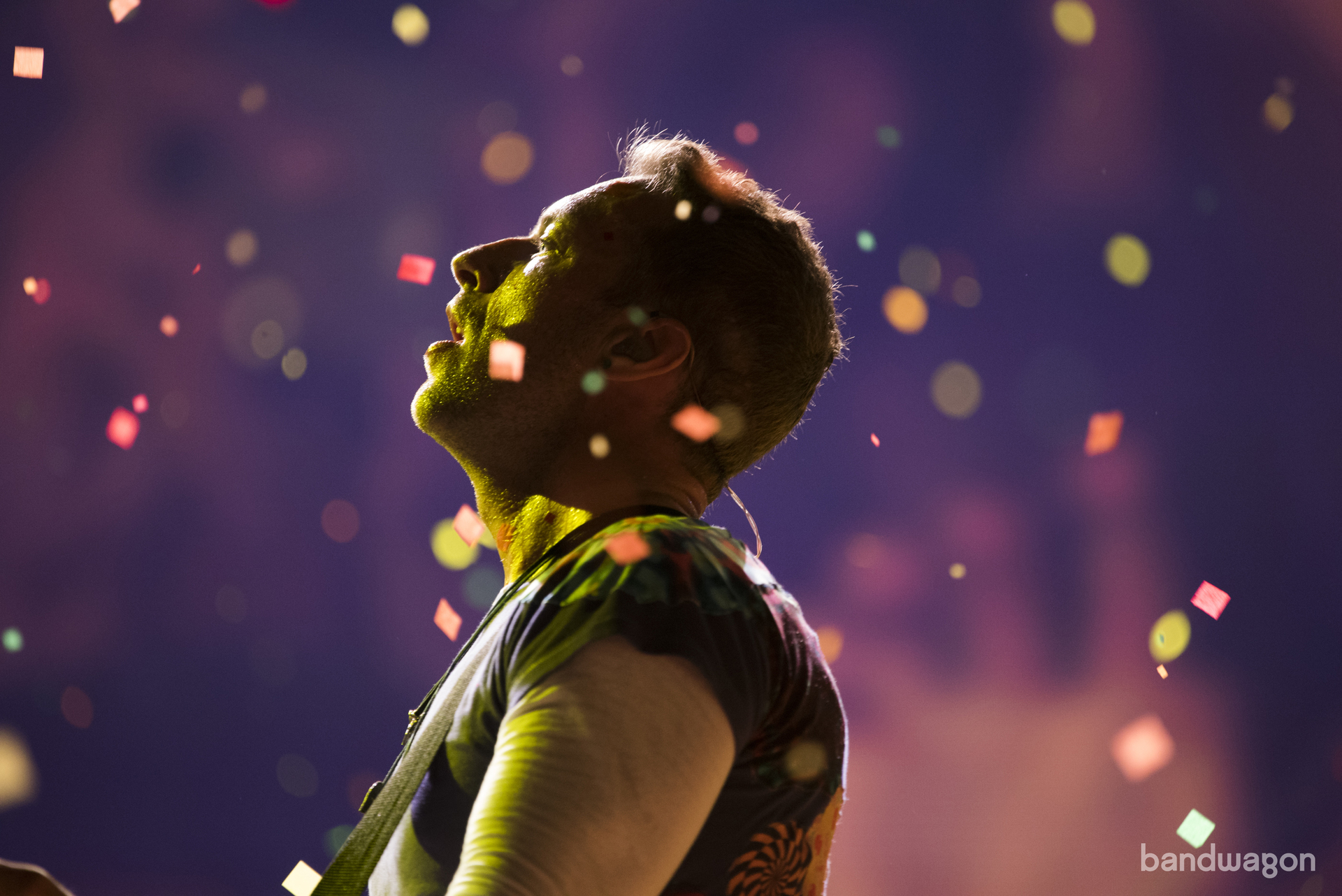 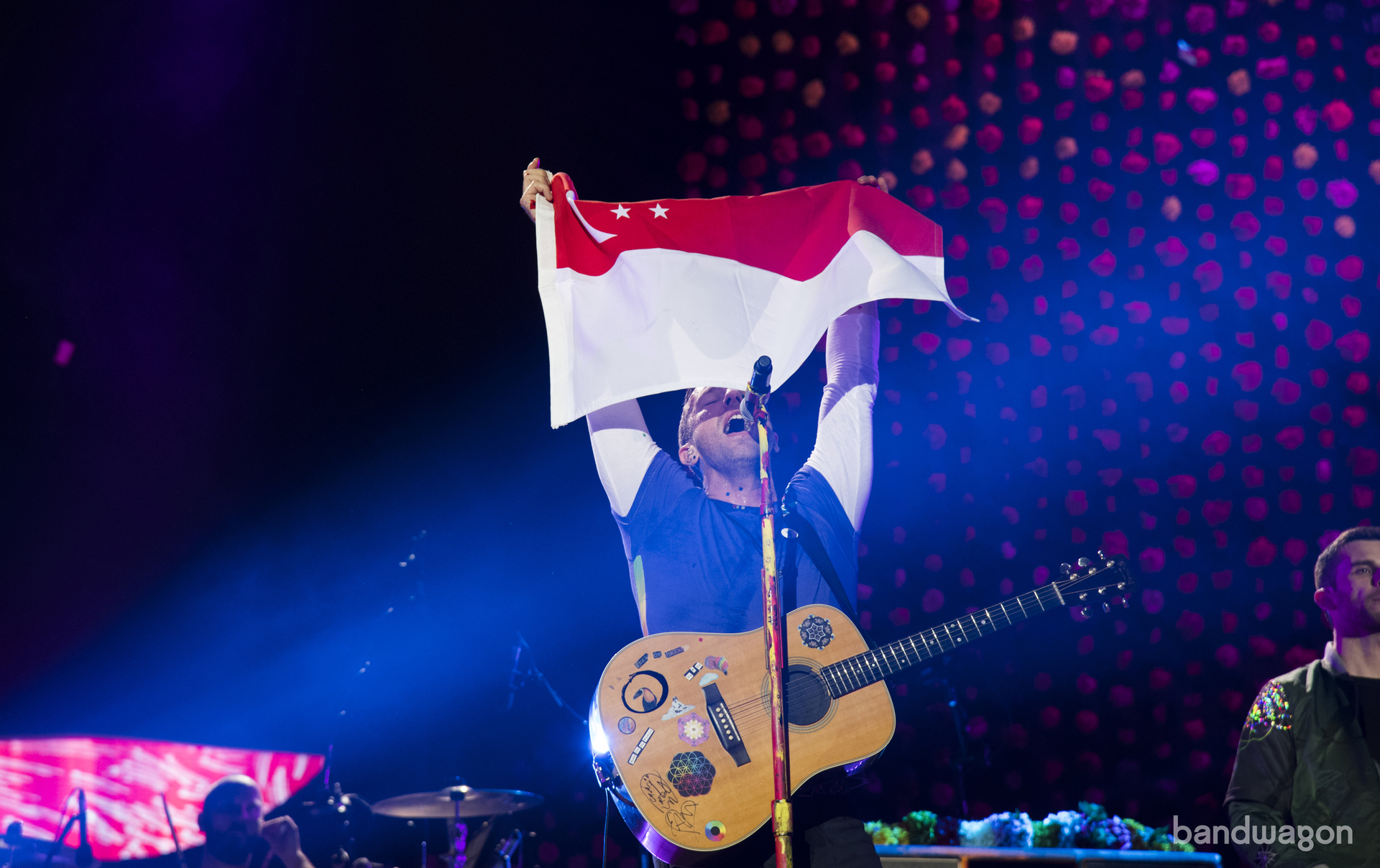