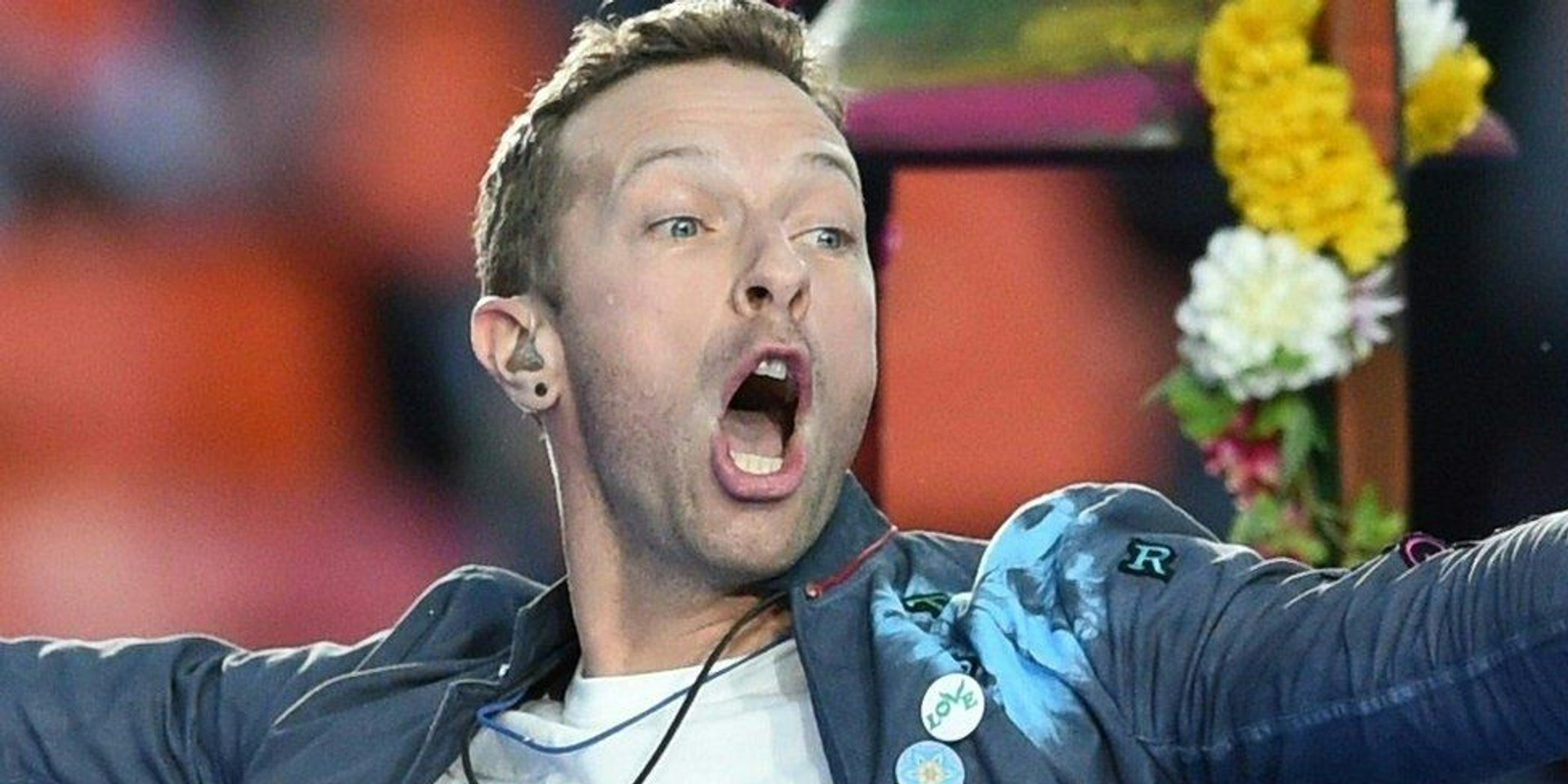 It's crazy to think that Coldplay are able to attract this many tickets in one weekend, especially in a small country like Singapore. But then again, Coldplay aren't like most bands.

This means that with just three brief periods of ticket sales, Coldplay have potentially sold 55,000 tickets for their April 1st show, which makes up the capacity of the entire National Stadium.

Despite the enormous popularity of the band in Singapore, it's still pretty suspect that they were able to sell that much in such a limited time.

Meanwhile, plenty of tickets are available on reselling platform Viagogo, with Cat 1 tickets going as high as over SG$3,000. Have sneaker bot resellers crept into the concert ticket game here? This article explains the problem in the US right now. 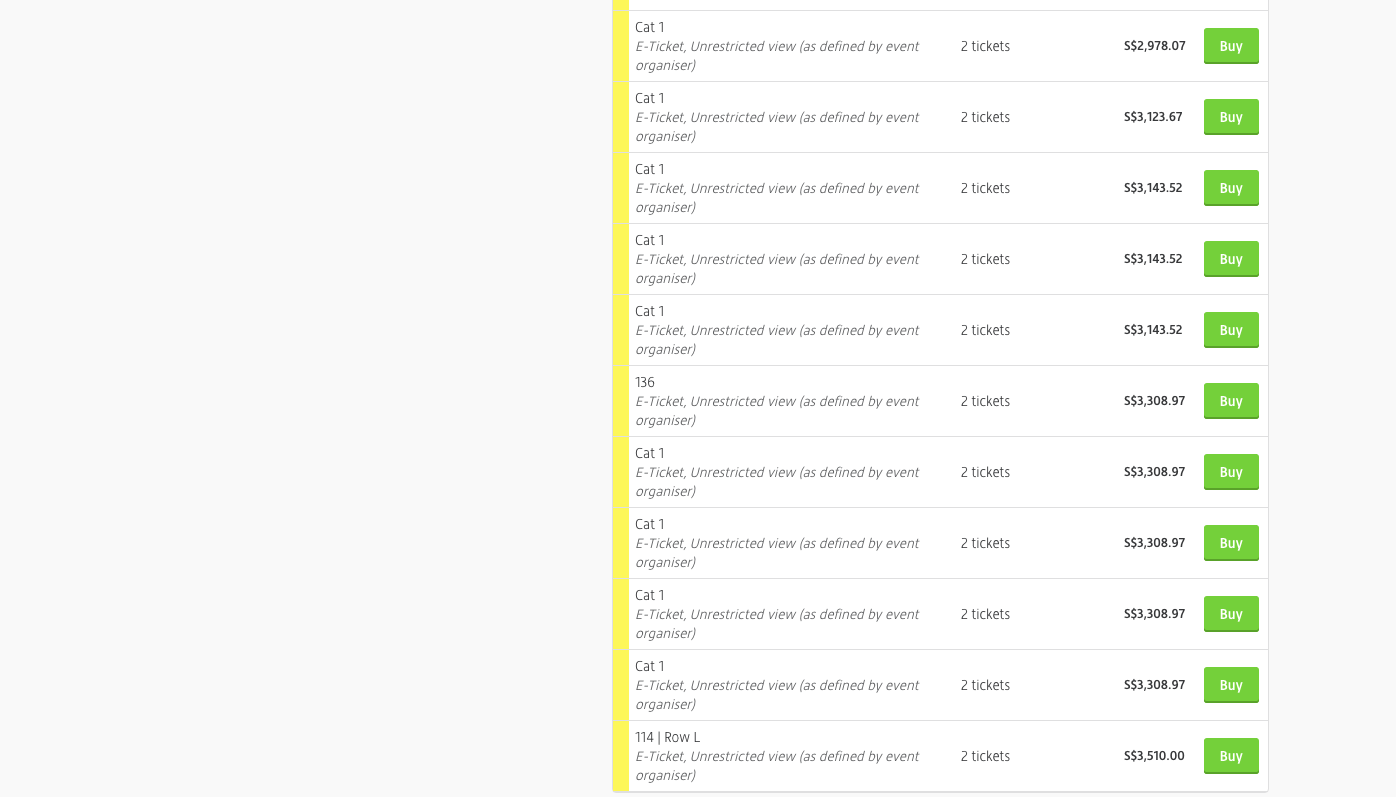 Concert organizers Live Nation Lushington released an official statement on Facebook announcing the concert's sold-out status, and assured fans — many of whom complained that they weren't able to get tickets themselves — that certain resold tickets have been voided.

Addressing the issue, they say, "We will also continue to curtail the secondary tickets being sold at inflated prices. We have since voided a number of tickets found on the resale market as this contravenes our term and conditions of sale."

There's also a petition pleading to the band to add a second night in Singapore at the venue. As of 12:11pm (SG time), 48 minutes since it was created, there have been 232 signees.

Dayana Afifuddin, a signee from Kuala Lumpur, left this comment on the petition page:

The reason why I'm signing in is because i have been trying and trying to buy the tickets since the Citibank Pre-Sale, LNL Pre-Sale and yet the General Sale. I understand that my Citibank Card was not valid because it is not a Singapore issued card. Yesterday, I have already gotten the seats that I wanted, CAT 1.

Was already at the check out process and once i clicked on the checked out, the website redirected me back to the first step and the seats I reserved were gone. Not to mention for today's general sales, website crashed for the first 10 mins, and later on, when I managed to get in, all tickets were sold out. Resellers outside are also selling these tickets at an outrageous price and to me, the organizers should do something about this.

The price for VIP tickets, at RM21k each? This is too much. I hope you guys will do something about this as there are many many disappointed and frustrated fans like myself struggling to buy tickets. Thank you for reading."

Stay tuned for updates. Coldplay will be performing on April 1st at the Singapore Sports Hub (National Stadium).

UPDATE: Here's an official statement from Live Nation Lushington regarding ticket sales (with portions highlighted by us).

After the closure of the public sale for Coldplay’s concert at the Singapore National Stadium on 1 April 2017, the organisers can confirm that just over 40,000 tickets in total have been taken up.

Both the two presales and particularly today’s public sale saw a never-before-seen response, where the Sports Hub Tix hotline and website had close to 20,000 unique users trying to dial in or access the ticketing site, as well as hundreds of walk-in patrons who had queued, some overnight, at the Indoor Stadium main Box Office and SingPost outlets.

Within 10 minutes of the public sale, all ticket inventory had either been snapped up or held in the online shopping carts while the customers completed their payment transactions. This have left the thousands in the queue system awaiting any release of any incompleted purchases. To clarify, the ticketing system did not crash, but simply could not open up inventory to those waiting in the queue system as the tickets were either being transacted or held pending payment clearance.

In the next approximate 48 hours, we hope to ascertain if any additional inventory can be added to either the pitch standing or seated areas once we clear the final production sight lines. The staging and sound delay towers had some adjustments in the past few days, and hopefully this will allow a small release of additional tickets. If this is confirmed, we will announce the additional release of tickets via our official website, Facebook page, Sports Hub ticketing site, as well as through media outlets.

We will continue to explore all avenues to try and maximise the capacity at the stadium.

Sincere appreciation for all of the support and apologies again for all those who were not able to secure tickets to the concert this past week.