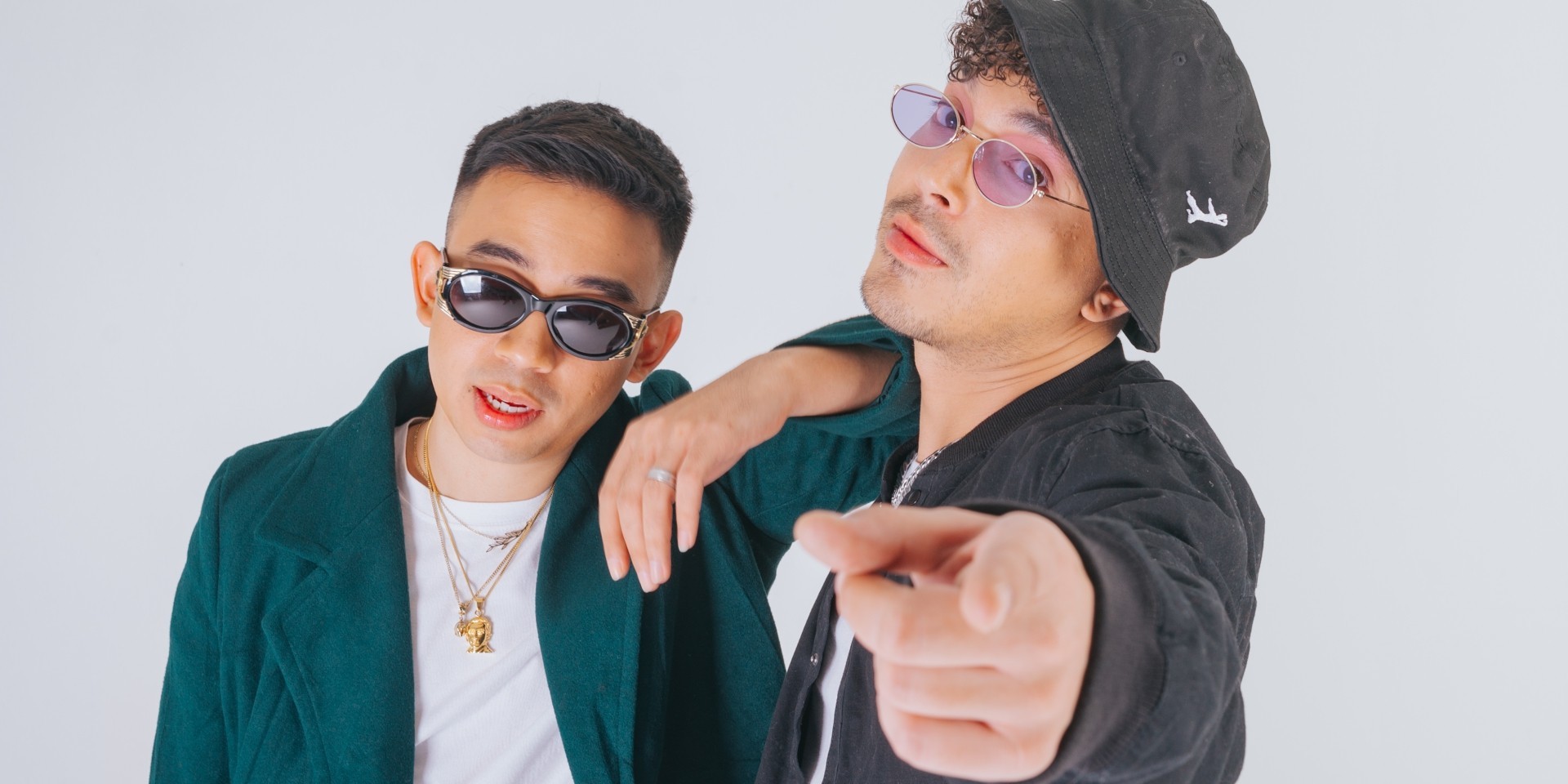 Take heed, Singaporeans and Malaysians. Two of the most essential voices of each country have converged to make a statement that transcends politics.

On their debut collaborative single ‘Obvious’, Singaporean son Alif and Malaysian icon SonaOne distill their respective award-winning rapper-producer chops into a singular brew that testifies to the sublime, universe-resonating power of pop. That the song was mixed by Jimmy Cash, who engineered Travis Scott’s recent victory lap of a third album Astroworld, should not cloud the fact that the essence of the song is the hope for a better tomorrow. What Alif and SonaOne, both of whom stand under the Sony-Kartel banner, have done here is hone their voices to the point of urgency and magnified their message via their soaring vision of pop music’s potential.

Earlier this week, Bandwagon got on the phone with both artists to discuss the genesis of the song and their forthcoming 15-track album Detail.

‘Obvious’ definitely comes from a place of social commentary. What exactly did you notice about society that you wanted to reflect in the song?

Alif: Distraction has always been an issue that society has faced. And with social media factored into the mix, things have gotten even crazier. What we wanted to portray is that human beings have always been distracted by what is superficial and exciting to us. In the music video, we portrayed it across three generations: The 90s, the millennium and right now. Everyone is still distracted by everything other than what they already have. That’s the whole premise behind the song and video.

SonaOne: It’s a situation where everybody is caught up in everything. Initially, we wrote this song as an ode to the self-confidence of women. But the more we explored the subject, the more we felt that the message is a lot broader than that. I see this concept a lot with my mother. Since I’ve moved out, all my mom has now is social media and her current reality is shaped by it. She gets quite down from the stories she reads on social media. I tell her that she should look up and appreciate what she has around her. My sister and I are pursuing our respective paths because of all she’s given us and I’ve told her that that is what she should concentrate on. That’s why the song applies to every single situation, whether it’s personal, relationships, girls, guys, cats, all of it.

‘Obvious’ is also dynamic in that it deals with some serious subject matter but has a such a sweet, playful and catchy beat.

SonaOne: Initially, the beat was a random hook that I had lying around. Alif picked it up and told me that is was sweet as hell. What happened after that is that we started writing to it and it eventually became the song.

Alif: It’s funny because after the song was finished, I found a project in my studio which was that beat I was working on two years ago. The whole project actually goes way back and eventually, it found its way out.

It’s known that Jimmy Cash mixed in the song. What do you think he brought to the table?

Alif: Given Jimmy’s track record and the projects he has worked on – he also mixed and mastered Sona’s first album – we figured that despite us being mixing engineers, we wanted to see what he could bring. I can’t explain it in words because the song’s value is sonic but he did was really special. He gave it the Jimmy Cash sound.

SonaOne: He added a little sparkle to it that we were trying so hard to get. Initially, we already had some songs mixed but when we were done with the album, we felt it didn’t sound right so we thought about sending it out to someone for mixing. We finally landed on Jimmy and he decided to slot in time for us in between his work. He was like, “I gotchu but I’m in the midst of working on Astroworld”. You know, the song is the same but he gave it that extra bop. He positioned the harmonies just right; he added the right kind of vocal texture. When he sent us back the mix, we both felt that the song was finally done – and we didn’t change a single thing. 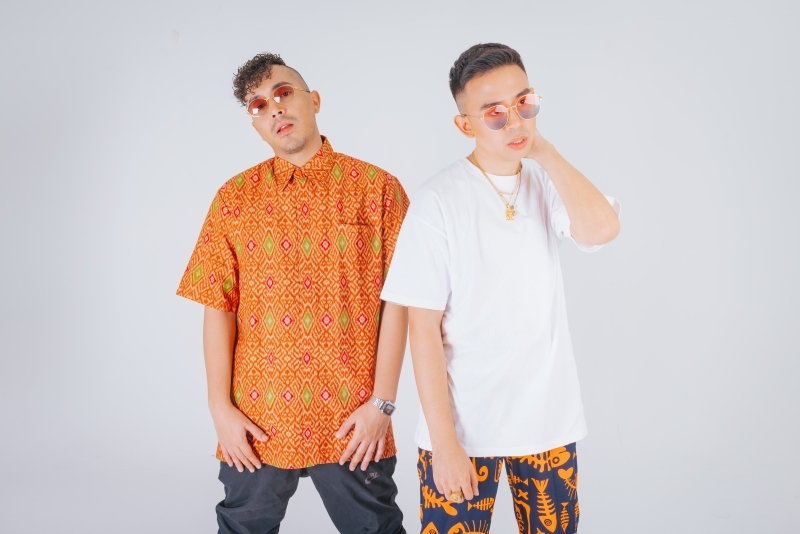 It’s only been six days since its release and the song has already garnered over 260,000 views on YouTube. How do you feel about the reception of the song?

SonaOne: Personally, I am overwhelmed. We had a whole different plan. This is a song that almost didn’t make it to the album, let alone emerge as a single. But the universe works in very funny ways. Just like how the universe put both of us together for the first time in a commercial release even though we’ve been friends for damn near 15 years. We’re just going along for the ride, and so far it’s been good. So we’re both very thankful for the response it's had. I didn’t expect it to get so many views in such little time. We only expected to get 200,000 views but it certainly exceeded it.

And why did it take so long for the two of you to come together?

Alif: It took a while because we were both building our own solo careers. The people around us and our fans know where we stand as individual artists. But to others who are not aware, it was really important for us to build ourselves so that when the time came to present the music we had worked on together, people would see it as a collaboration that is 50-50, rather than a duo. We’ve always been working together but now it’s official. 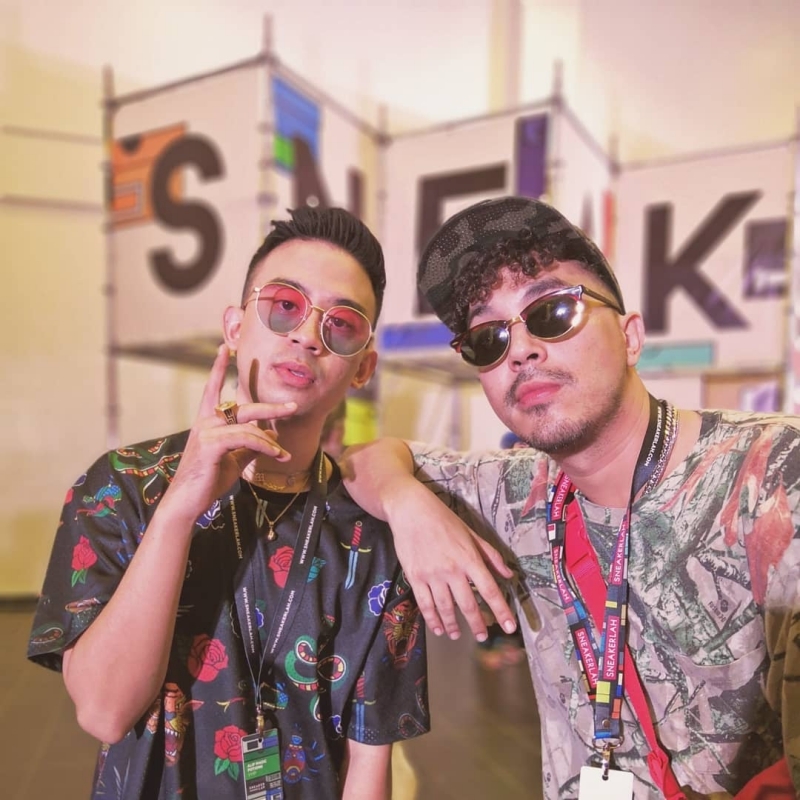 What are your hopes for the coming year ahead?

SonaOne: Straight up, I hope that the fans accept the sound we’ve been moulding and developing together. We also hope that the universe keeps working in our favour, because so far so good. Sometimes it places us in situations which might either be uncomfortable or beneficial, but come what may, we’re ready.

Alif: We have two main priorities. Firstly, we want to produce music that’s different and serves as a blueprint for progress in the music industry. Secondly, we want to continue building our careers. On this side of the world, it takes a lot of work and focus and we have a responsibility to make it work. Making music is not a hobby and it’s certainly no joke – it’s my career so I do take it very seriously.

Lastly, what can your fans expect from your full-length album Detail?

SonaOne: Expect the unexpected. People have their own ideas and perceptions about what it will sound like but one thing they should know is that it is not going to sound like ‘Obvious’ at all.