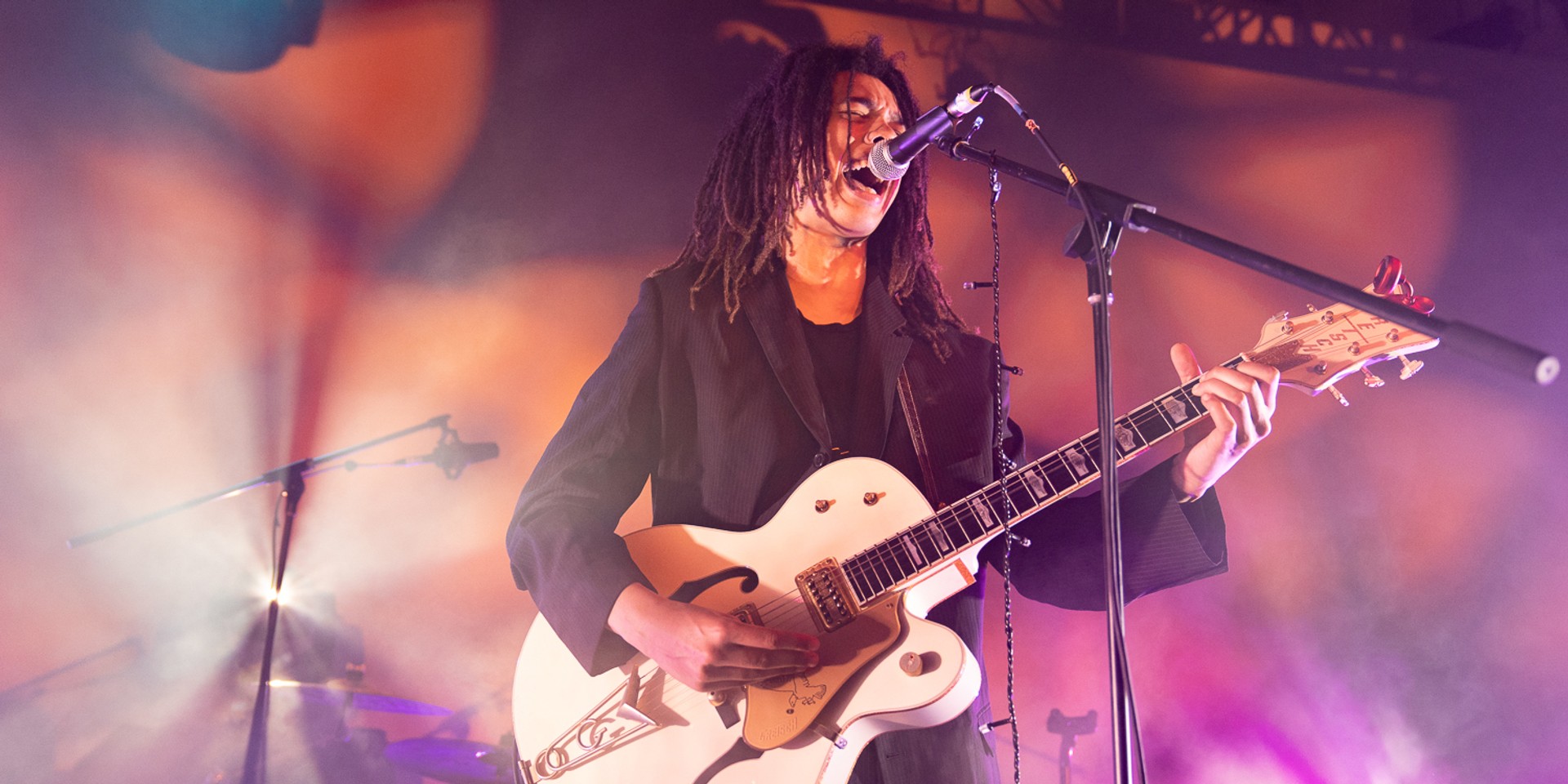 Much to the delight of hip, local youths, Peckham singer-songwriter and all-around creative Cosmo Pyke made his Singaporean debut as part of his Asian tour last Thursday at The Pavilion at Far East Square, organized by Moonbeats Asia and Symmetry Entertainment.

It was evident that Cosmo, who took the stage in a pin-striped oversized suit, meant something more than music for many of the attendees, who were clad in a similar aesthetic of Vans and oversized shirts. The model, skater and multi-instrumentalist is one of the many emerging cultural icons of his generation, but despite his age, this gig proved that he was not only masterful at musically encapsulating the wistfulness of youth but also at being a great performer. 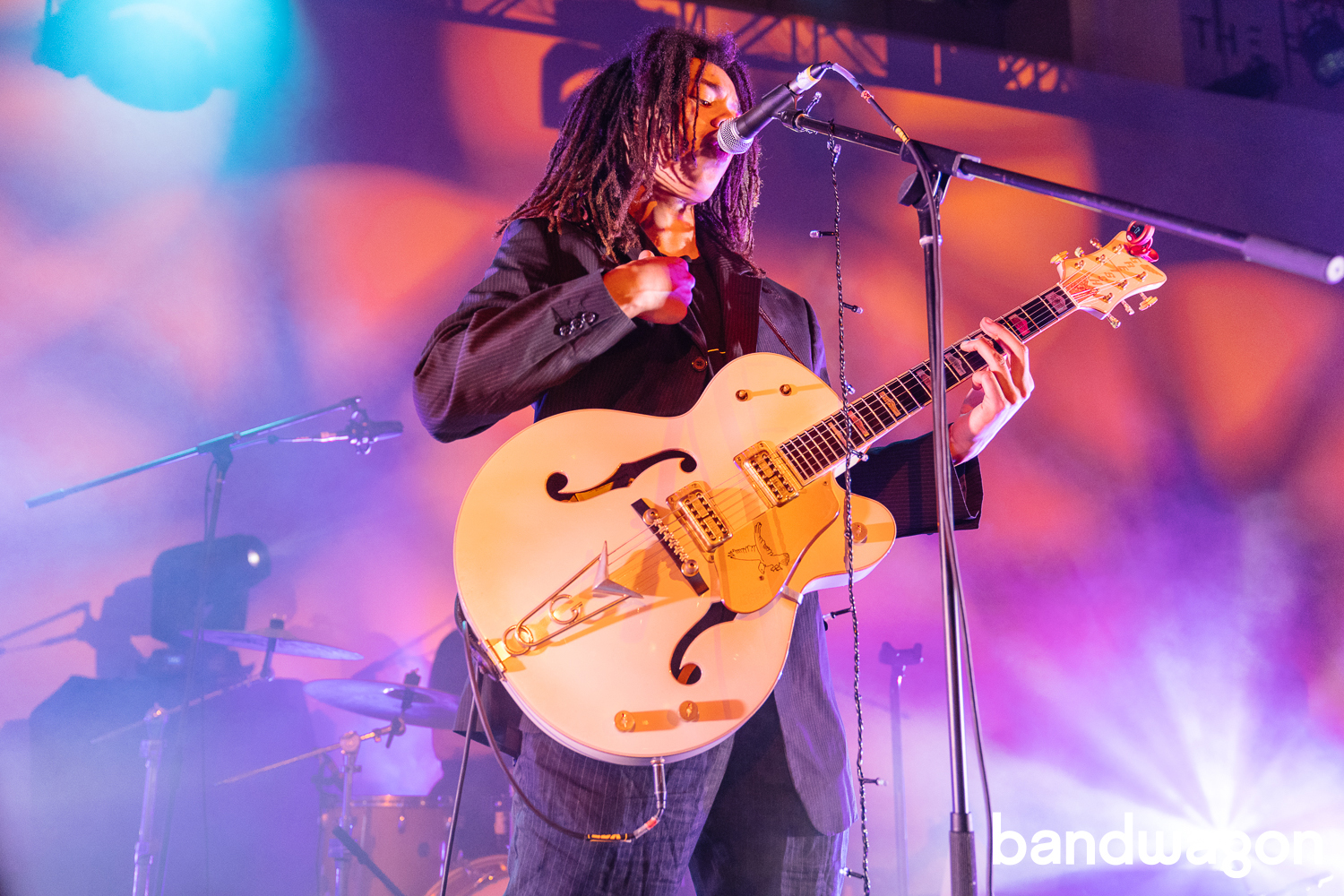 Starting with an instrumental he calls ‘Hargrove’ (according to a written set list he posted on his Instagram story), he gave fans a surprising, pop-oriented first taste at the many new songs he was about to debut. Cosmo then followed with another new track, ‘What Can I Do’, a song set to be an instant staple of Cosmo’s unique sound signature which can only be described as a fusion of reggae, indie and neo-soul.

In an attempt to keep the energy high, Cosmo and band followed up with one of his viral hits, ‘Great Dane’, to which the whole crowd erupted when the audiobook sample that serves as the song’s intro played. In a fascinating turn of events – one which you could only notice if you paid close attention because of the smoothness of it all – a string on his 6-string Gretsch came loose. Cosmo, in the spirit of his laid-back sound and attitude, didn’t stop singing to adjust and tune it mid-song. 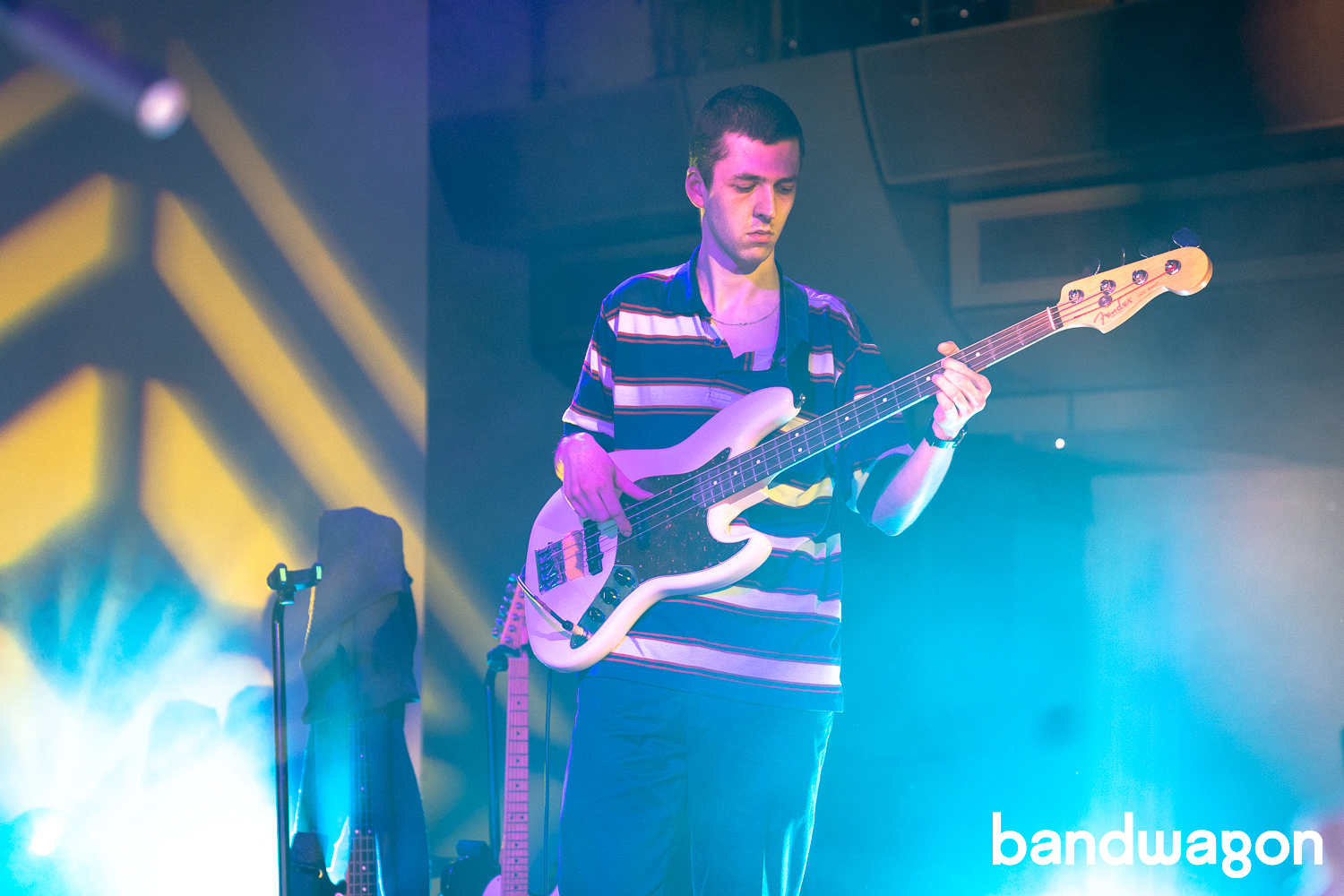 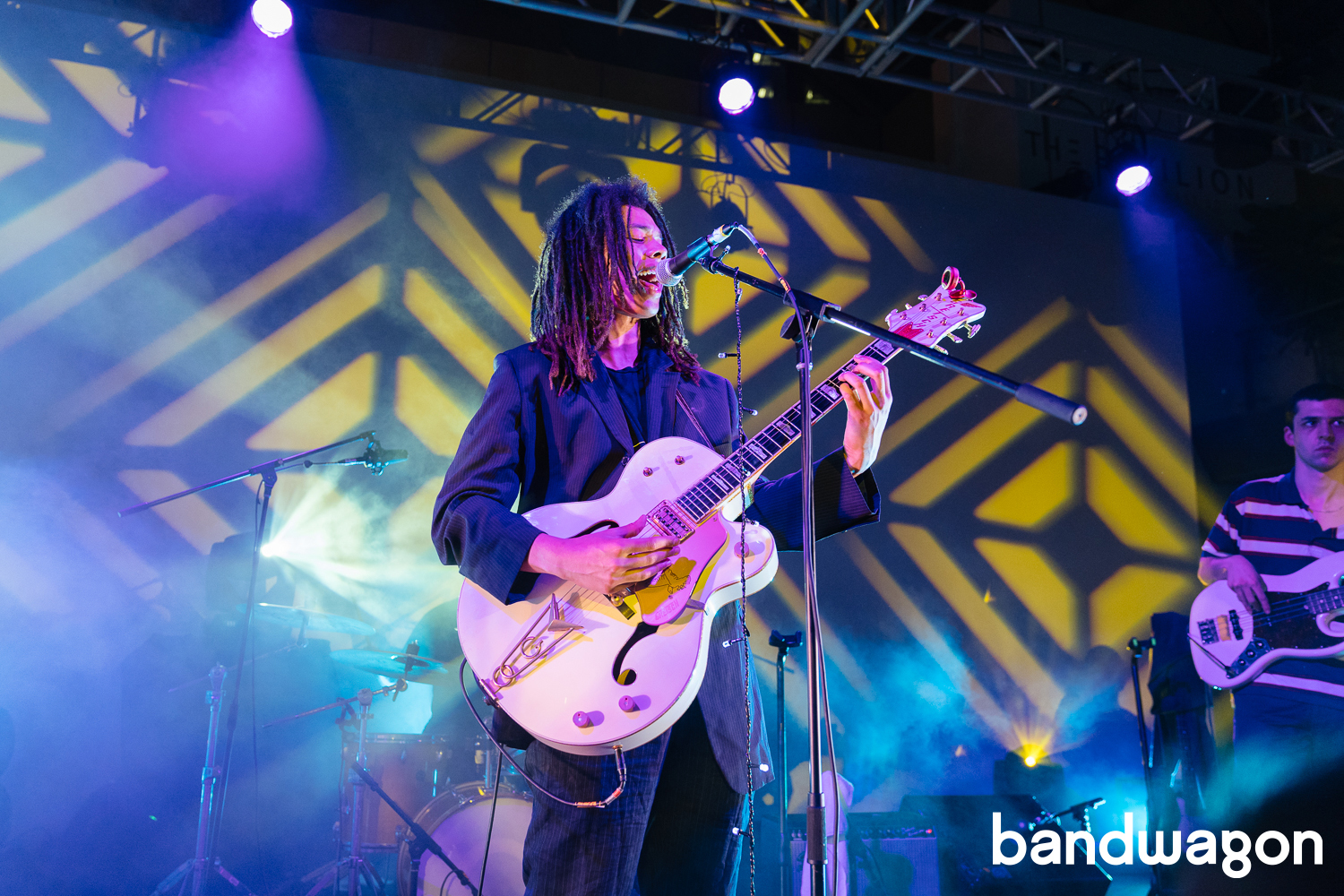 In spite of Cosmo's short official discography comprising only five songs from his 2017 album Just Cosmo, he filled the setlist with brand new songs set to drop this summer as an EP, as he told the cheering crowd. After playing another known song, ‘After School Club’, he continued on to newer tracks such as ‘Railroad Trax’, ‘Gentrification’, ‘All on Me’ and ‘Curser’s Lament’. These songs were often upbeat, less hazy and of themes he’s never before explored, suggesting that his upcoming EP may be written with a different sonic and artistic direction. Even though enthusiastic fans were unable to sing along to them, their anticipation for his next project grew tremendously that night.

Fans finally got their long-sought-after fix when Cosmo followed with ‘Wish You Were Gone’ and viral hits ‘Social Sites’ and ‘Chronic Sunshine’. They followed each breakdown and refrain closely, even rapping along to the bridge on ‘Chronic Sunshine’, albeit clumsily but nonetheless unembarrassed as they were deep under Cosmo’s spell. 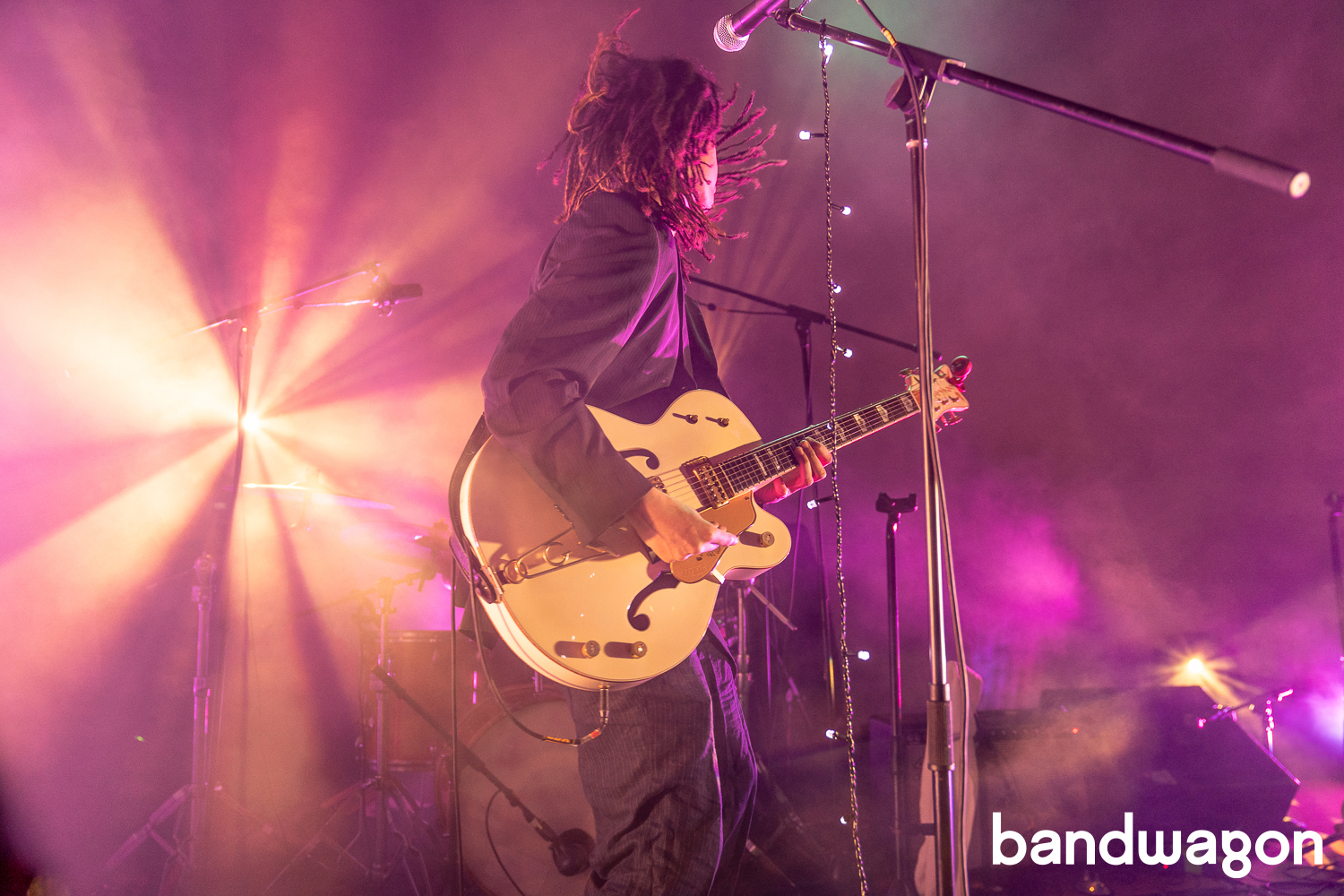 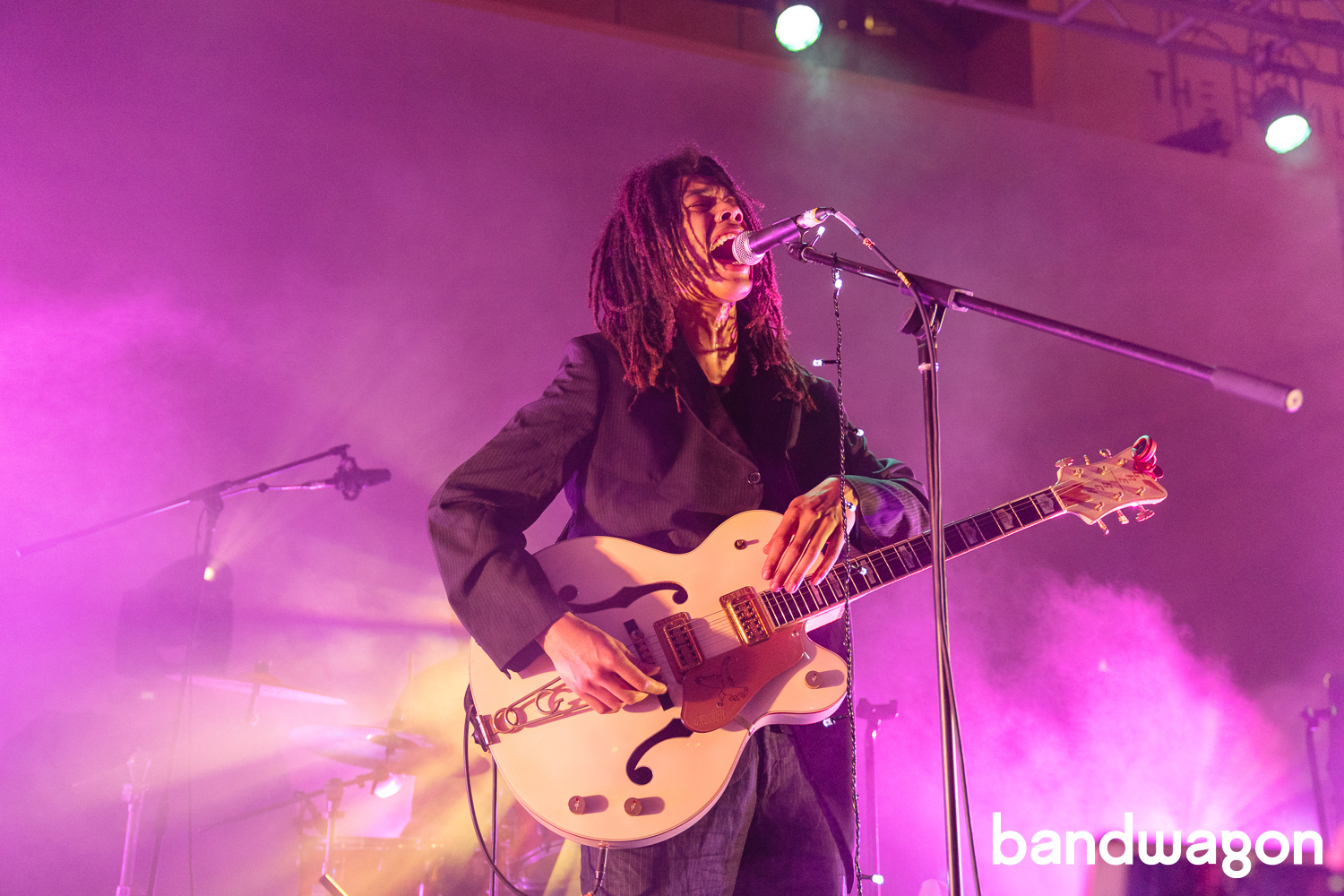 Even though these youth classics are usually the soundtracks to a hungover morning or a lazy evening rendezvous, Cosmo and band were able to rock the venue with dreads swinging and drums thumping. “See if you know the words to this one”, he said to the crowd before smiling slyly to his bassist when the crowd proved that they did indeed know the words, and very well in fact. 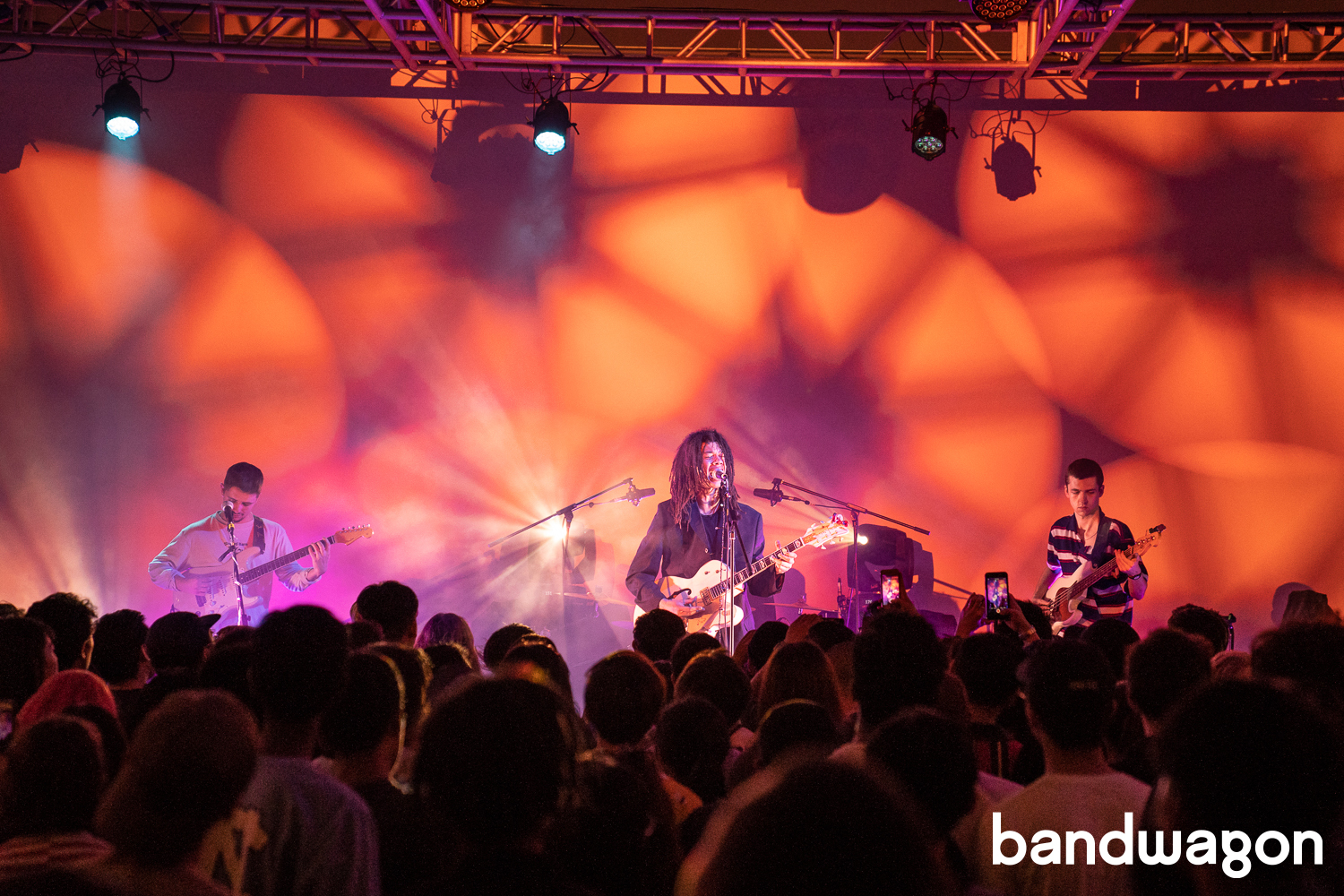 Cosmo left the stage sheepishly, returning without a blazer and a drink in hand to the crowd’s chants for an encore. Taking advantage of the residual high left over from ‘Chronic Sunshine’, Cosmo took the opportunity to debut 2 more new songs, ‘Better Hands’, an ode to romantic incompatibility and ‘Sinatra- Getting Cold’ a heavily reggae-inspired jam. What was clear to this writer, by the time the night was over, was that despite being a newcomer, Cosmo exudes a confidence that should no doubt boost the sky-rocketing trajectory his career seems to be taking. 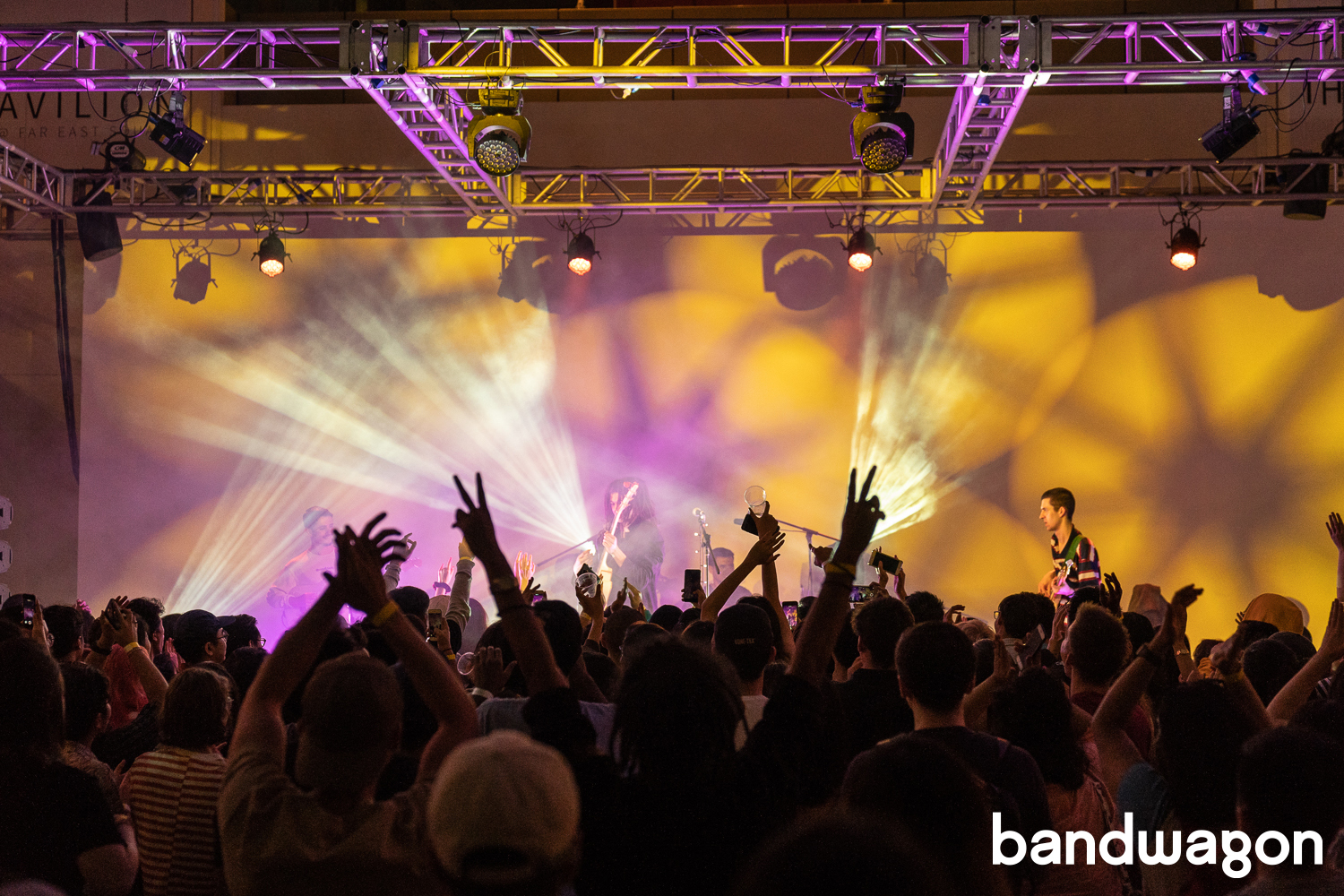