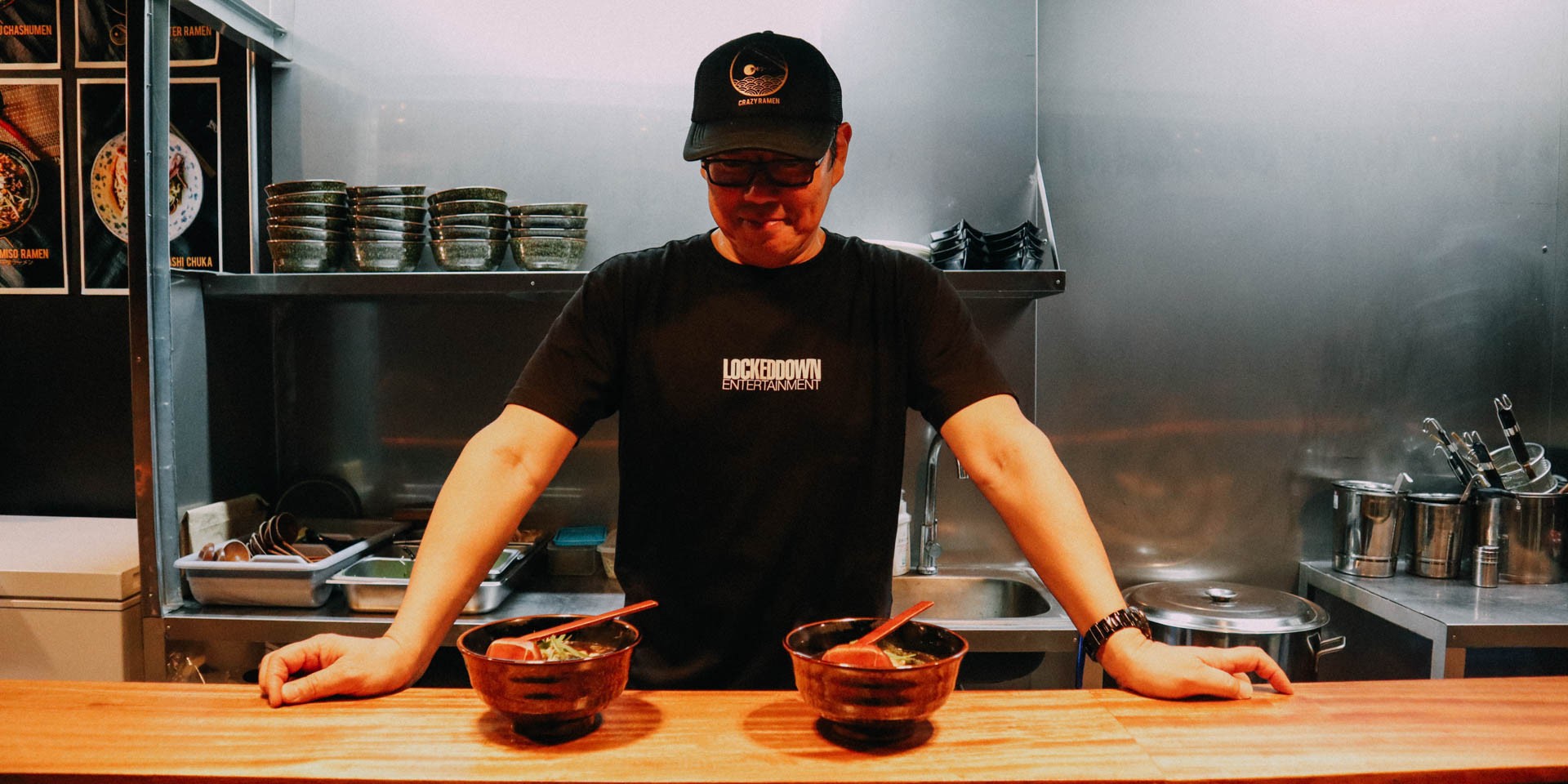 It takes about fifteen minutes to slurp up a steaming hot bowl of ramen. Just around the same time a Rambient Tape runs.

Tucked away along Lilac Street in Marikina City is a humble little nook that will transport you to Shibuya within seconds. Crazy Ramen, the little sister of the Crazy Katsu, is the new creative breeding ground of Shinji Tanaka, Raymund Marasigan, and Bryan Kong. Here, you won't just get treated to authentic ramen. You'll also get a chance to listen to music by these artists like never before. 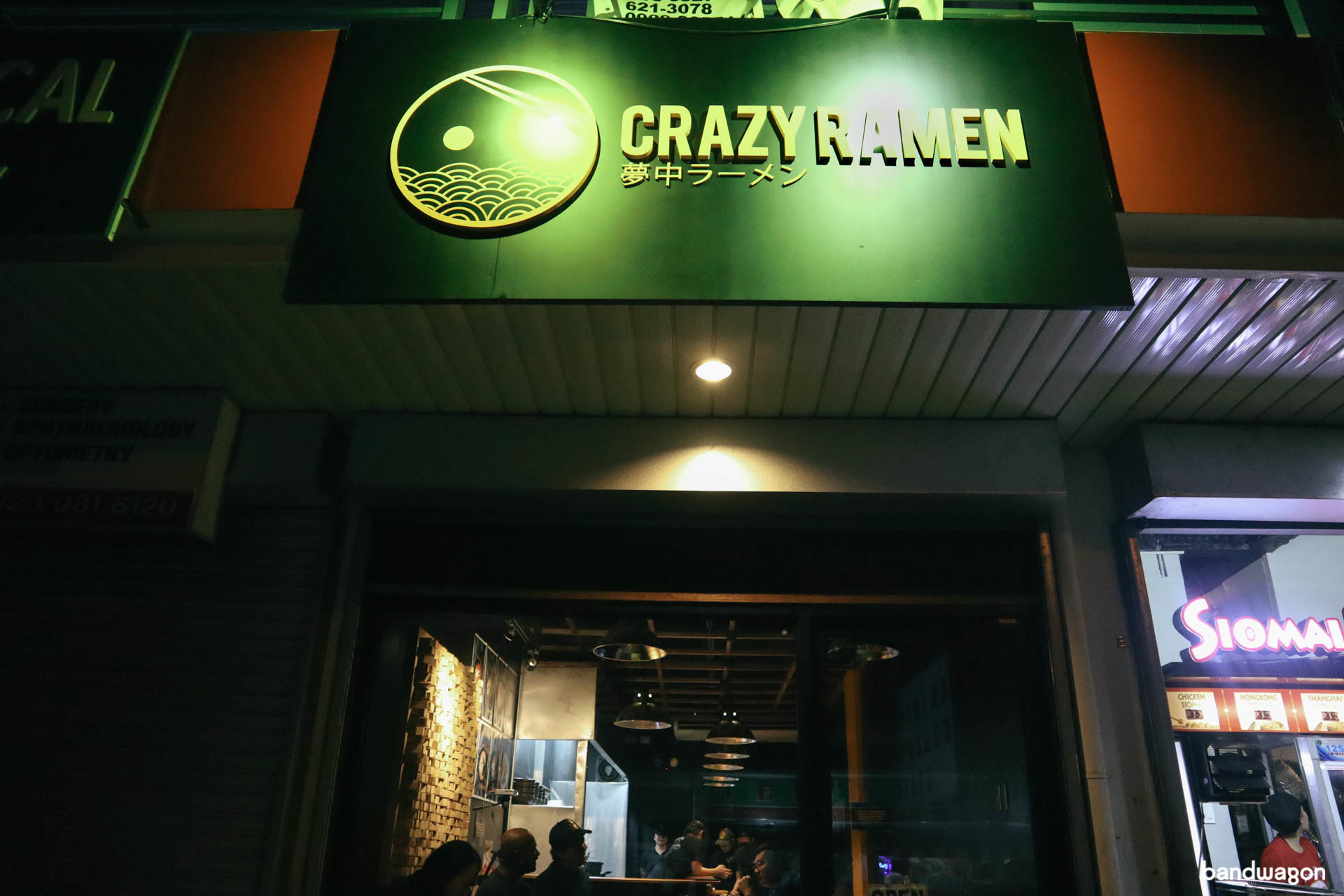 The frequent collaborators are known quite well in the Filipino music scene for tunes you'd hear under the banners of Sandwich, Squid 9, Gaijin, Olympia Maru, and Taken by Cars (to name a few, because let's face it, these guys are everywhere), and it is under this Crazy roof that they work hand in hand to take anyone who walks through the door across timezones with hot broth and noodles.

"Bakit drummer kayong lahat? (Why are you all drummers?)" Bandwagon asks Tanaka and Marasigan, while a steaming bowl of tonkotsu chasumen is being prepared in the kitchen. Marasigan simply shrugs as he answers, "I think [it's] coincidence, but also because drummers get along with everybody." 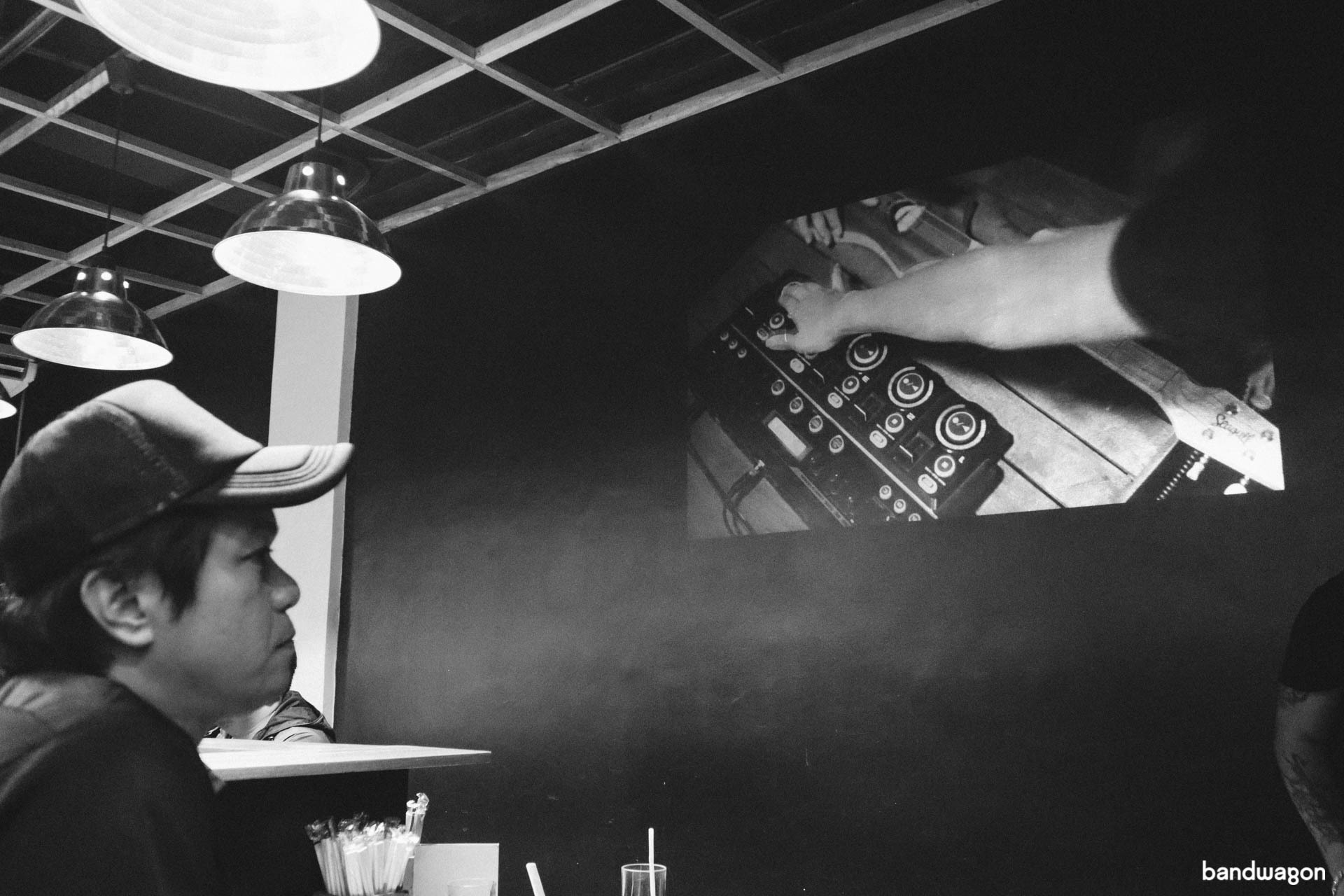 Over the eight years that the Crazy Group has been in business, it was only in 2019 that they'd decided to make their own music just for the food they make called The Rambient Tapes. They had no excuse not to. They're three drummers. They have three studios. They almost have unlimited gear and unlimited excuses to buy more.

With creativity constantly pulsing through their synapses, it wasn't too hard to build a setup of synthesizers, a Boss RC 505 looper, arpeggiators, a Focusrite interface, and a Tascam 4-track cassette recorder. "Reason 9 was used to sequence the chords and trigger the Korg Minilogue, and the synth was manipulated while being recorded to the Tascam," Marasigan explains.

In fact, it was their own excuse to do some "art shit."

"Crazy Ramen needed some music so I messed around with some electronic gadgets and odd acoustic instruments lying around in the studio," Marasigan reveals. "All the performances are 15-minute one takes (the physical length of each tape), just about the same time it takes to finish a bowl of ramen."

"We didn't invent this style," Marasigan says about the inspiration behind their ambient tunes. "This is all Hainbach, Brian Eno, Alessandro Cortini—Nine Inch Nails." He adds that during the entire performance, none of the machines were synced with each other as they emulate the urban sounds of Marikina City. "Each internal rhythm creates texture and accidental rhythms like the collective sounds of tricyles, jeepneys, construction work, people, and other street noises."

Marasigan says, "I had a lot of fun doing these sound jams, designed for ultimate enjoyment with your Crazy Ramen." 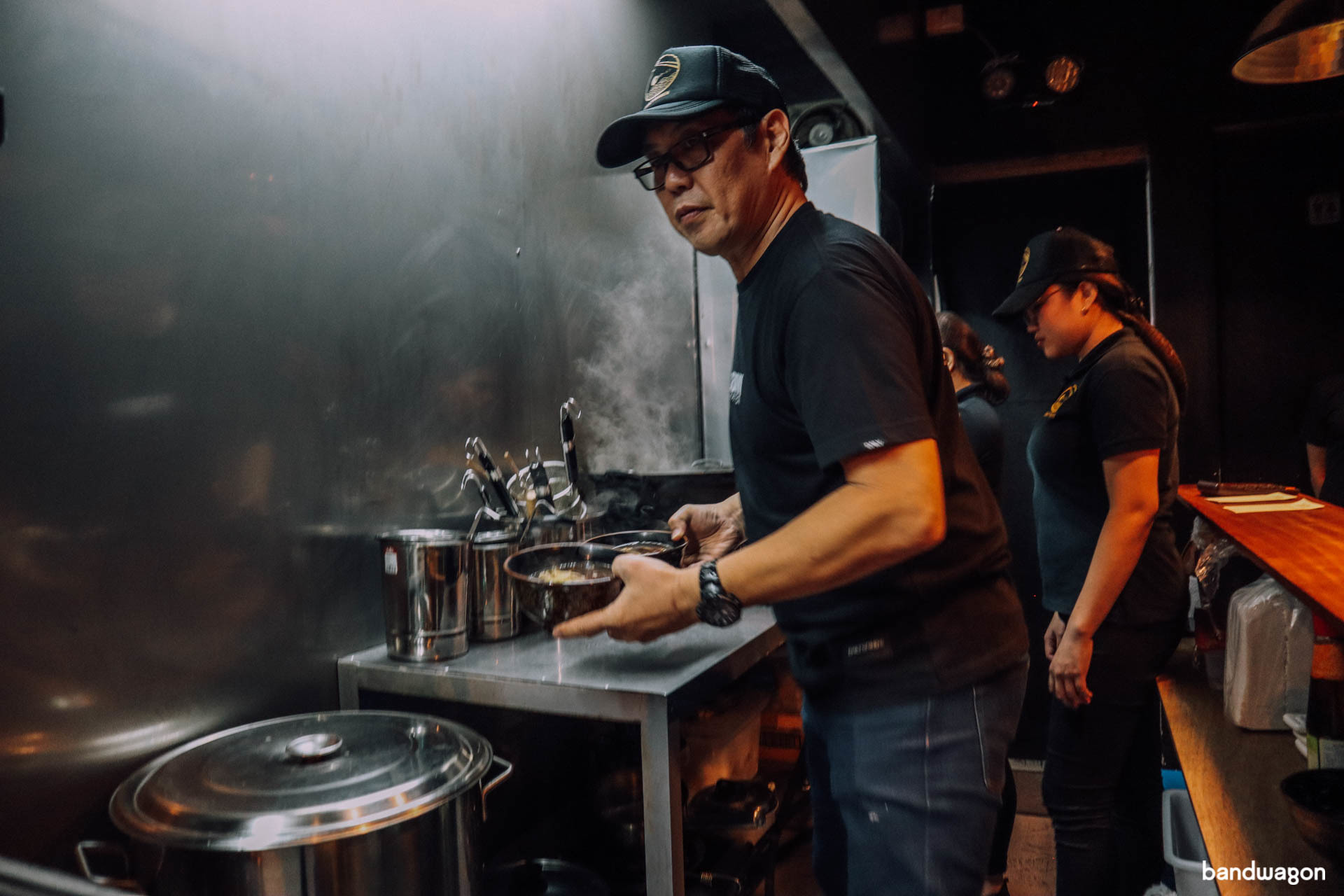 Besides the digital process the music goes through, there isn't anything more electronic about it. They sample acoustic instruments (not necessarily Japanese instruments, because according to Marasigan, "that would be too pretentious") and dance along the pentatonic scale to deliver the music you'd hear over your bowl of shoyu ramen (with corn!), a side of gyoza, and a soda (they don't serve alcohol—yet).

"I think music is meant to relax, especially this music," Marasigan points to the video of the recording process being projected against the black wall of the restaurant. "Para kampante ka, kasi we don't want na ma-reverb lang yung room. Kasama lang sa vibe. And we designed it para vibe-y rin, may intention rin. It's 15-minutes like a bowl of ramen. When you order and you eat it, it's 15-minutes." 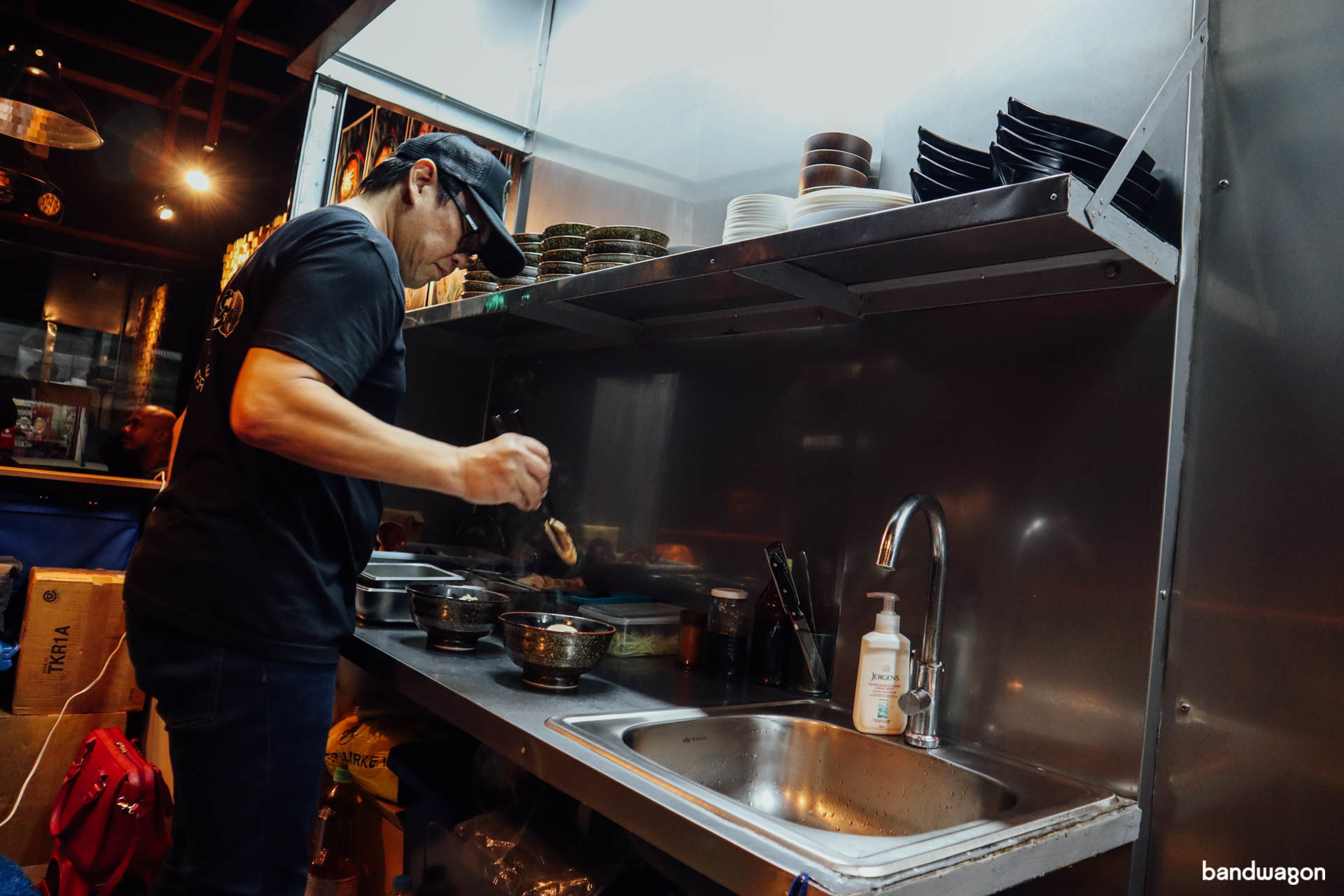 All this craziness wouldn't have sparked without Tanaka's background in the culinary world of Japan.

Back in the day, when he was still donning a high school uniform, Tanaka signed up for his first arubaito or part-time job. "Nag dishwashing ako ng isa't kalahating taon, isa't kalahating taon nag-bake ako ng pizza. Bale, three years sa high school, same resto. (I was a dishwasher for a year and a half, and [for] another year and a half, I baked pizza. I worked for three years at the same restaurant while in high school."

Shortly after getting into college, he'd moved out and rented a place of his own. From his old job, he carried on to a ramen house in Shibuya, which was run by a friend of a friend. That's where his four-year training in ramen-making started. 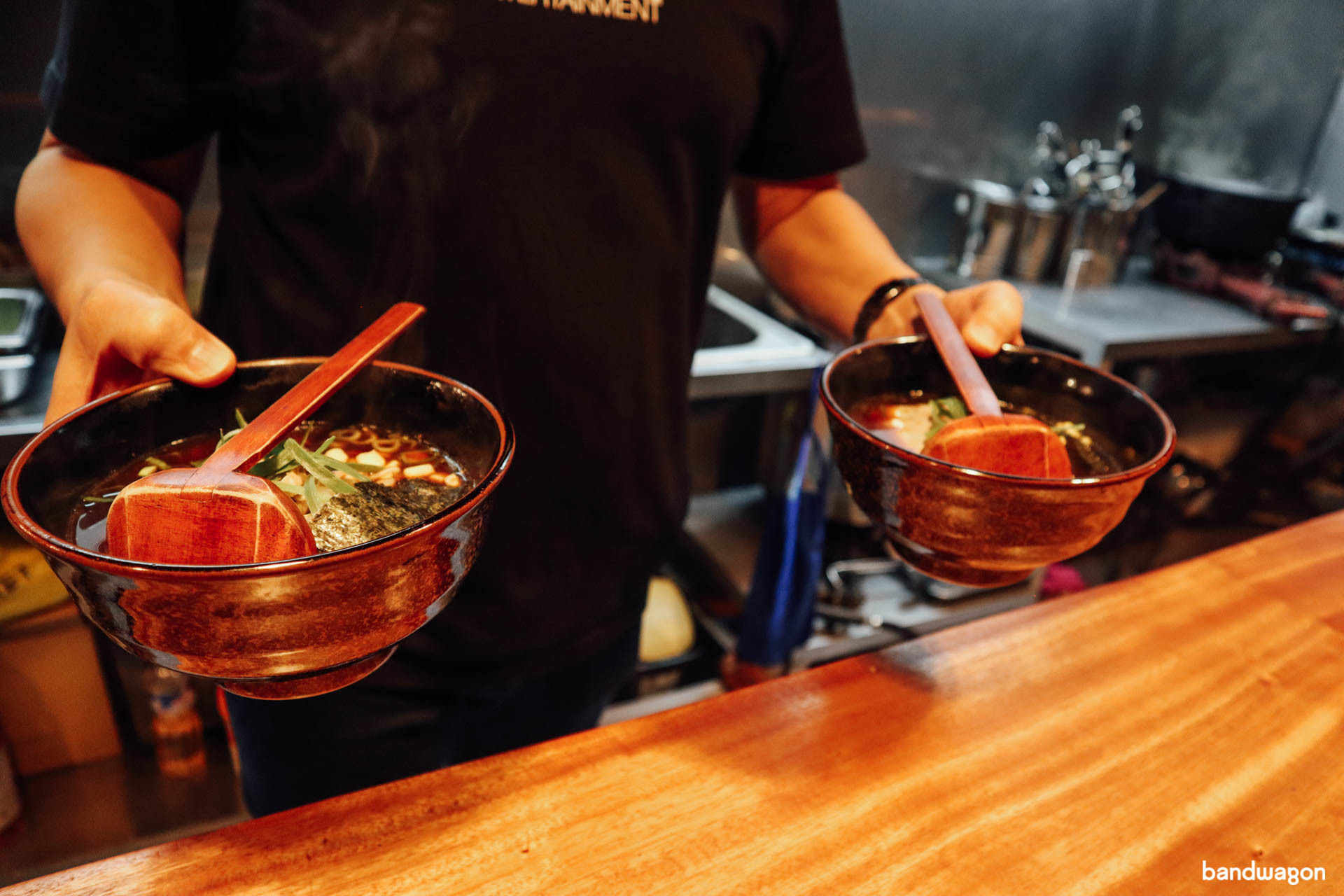 "Ngayon ko lang 'to nalaman (I only found out about this now)," Marasigan cuts in, listening intently as Tanaka tells his life story. Tanaka recounts his childhood, when his mother would cook him gyoza, curry rice, and katsu at home, hence the seeds that would later grow to become Crazy Katsu.

But before Tanaka brought those seeds into good use, he stored them in his kitchen, making his lutong bahay meals for himself when clients would come over to his old recording studio Sound Creation.

At first, bands would order food from outside establishments, until they started noticing what Tanaka had on his plate. They then started ordering, coming by for katsu even without a recording session, and the next thing he knew, people started hiring Tanaka and his staff to cater parties.

The seeds had germinated. All it took was for Bryan Kong to pat his friend on the shoulder and suggest to turn it all into a restaurant. 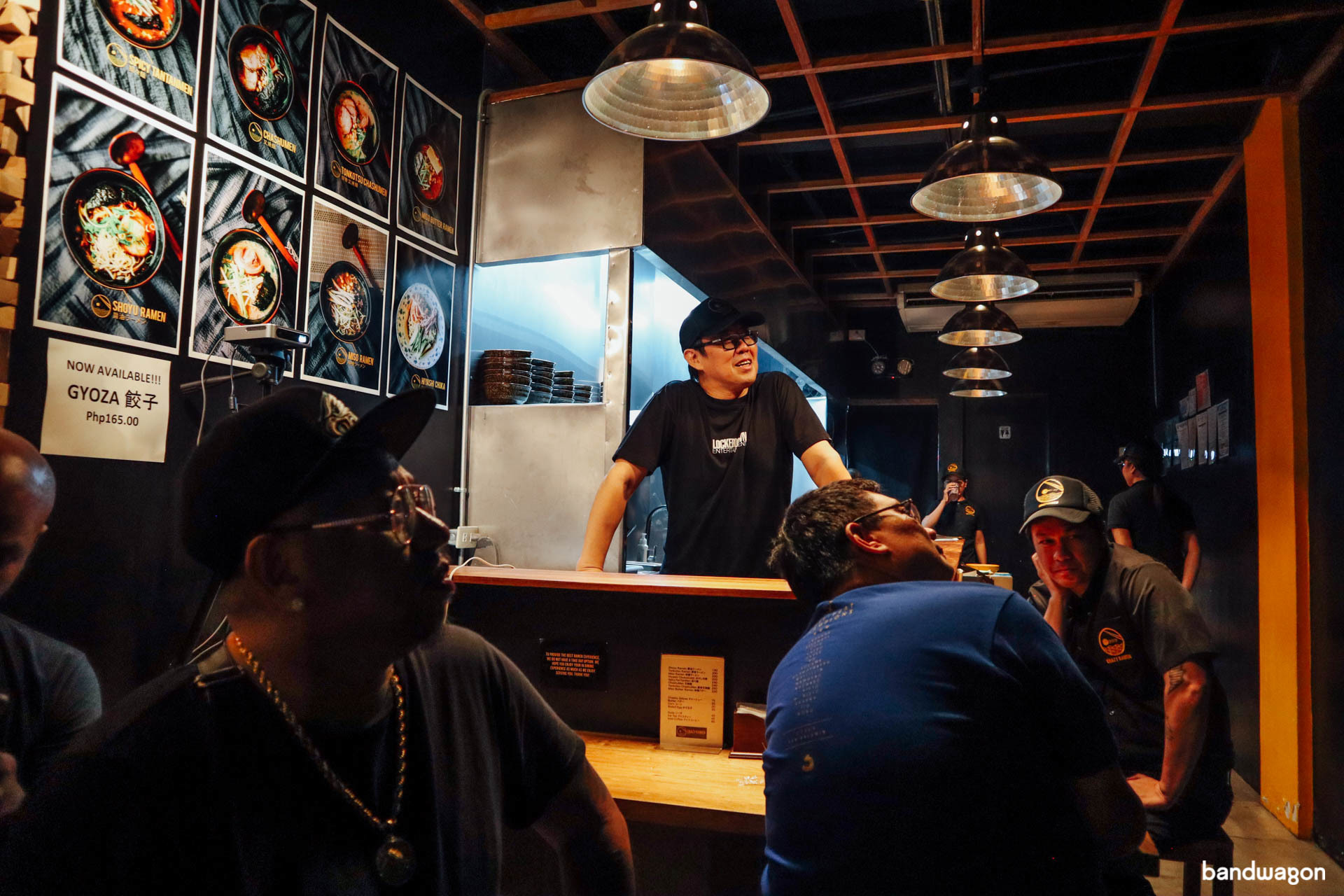 With four branches of Crazy Katsu (Maginhawa, Marikina, Parañaque, and Taft) and a new baby Crazy Ramen babbling in the corner, the Crazy Group continues to keep all the craziness to themselves. No franchising. No loans. All from their own pockets and fueled by their passion.

And thank goodness no one in there screams "Irasshaimase!" at the top of their lungs for no good reason. Crazy Ramen isn't that kind of Japanese restaurant.