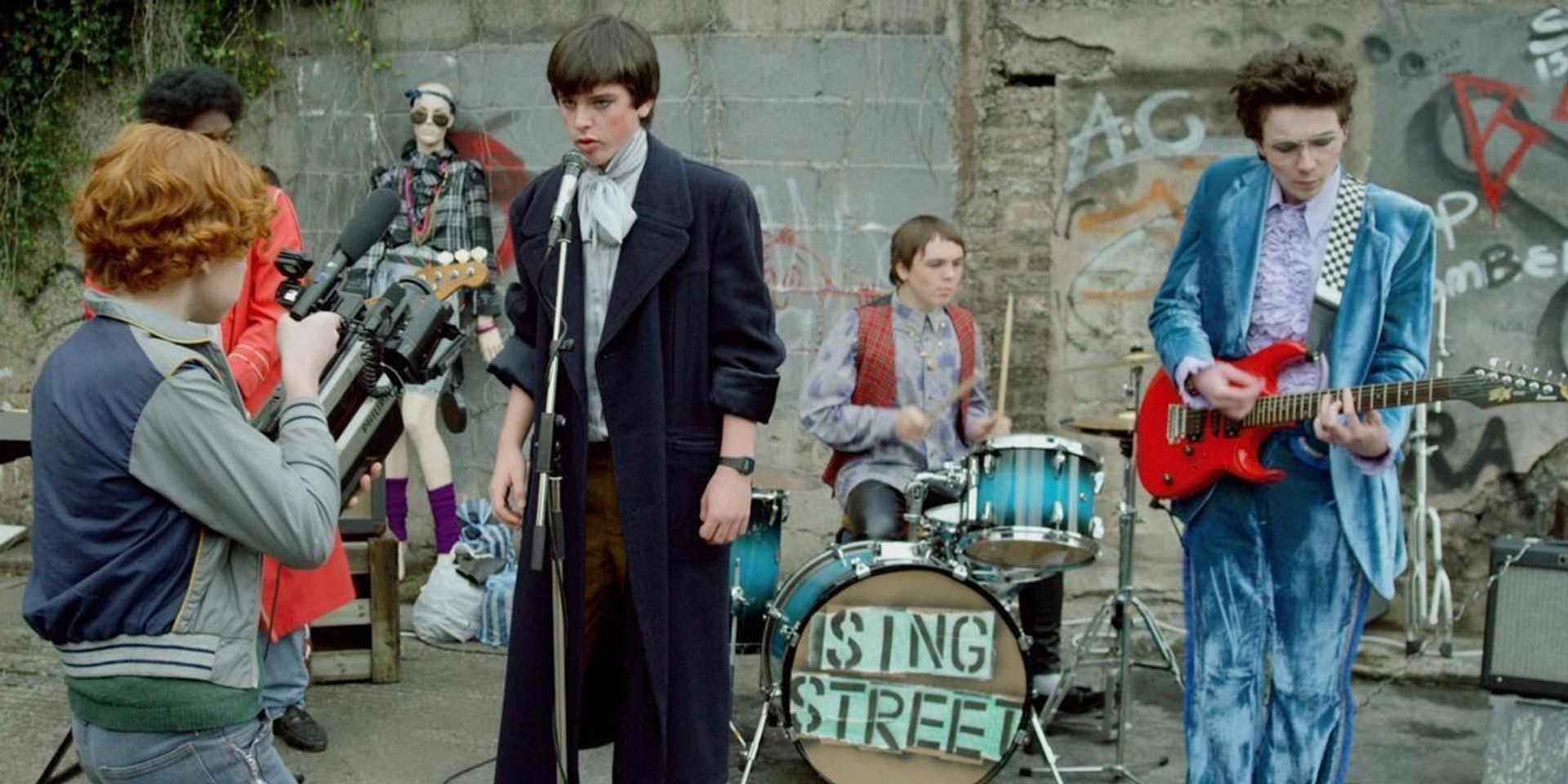 Once you're done binging Netflix's Stranger Things, you might want to check out the other homage to 80s teenagers out on screens right now called Sing Street. The era nostalgia may be the same - but the tropes, circumstance and story are of course very different.

Famous for writing and directing the lovely and lo-fi Once in 2007, Irish auteur John Carney returns to form (after the less well-received Begin Again) by capturing a lightning in a quasi-musical bottle once again with this coming-of-age tale set in 1985 inner-city Dublin.

As the film begins, a 15-year-old Conor (Ferdia Walsh-Peelo) is being taken out of his posh school and transferred to the much grittier local state-institution, Synge Street CBS - which is a real school that Carney himself attended by the way. Stuck in a harsh and authoritarian Catholic reformatory, Conor is relentlessly bullied by hooligan kids and a barbaric principal.

Back at home, things aren't so great either as his broke parents (Game of Thrones' Aiden Gillen and musician Maria Doyle Kennedy) are mired in the Irish economic crisis and domestic bickering. Life is looking bleak... until he meets an enigmatic and extremely fetching older girl (duh) named Raphina (Lucy Boynton). She's introduced as a model, so the timid Conor asks her to be in his band's music video.

The only problem is, he doesn't actually have a band. So the infatuated but not un-talented Conor goes about forming a band and producing a single - just so he can spend an afternoon shooting a video with a girl. (Editor's note: This may seem like much, but from all the interviews I've done, I'd estimate 90% of all the male bands in the world were formed because of a girl.)

This idea of discovering love and life via music isn't exactly a new one, and Sing Street is pretty by the numbers in that regard - but who cares when all the notes are hit this perfectly? If you've seen Once, you know Carney is the king using music (his own originals or otherwise) to tug at your heartstrings, except this time he's uplifting instead of depressing.

Sing Street is "happy-sad" in the same way The Cure was (this is even explicitly referenced in the film's dialogue itself), but the crux to the emotionality of any good coming-of-age story is its authenticity. And thanks to the semi-autobiographical nature of this tale, Sing Street's feels are entirely grounded, despite the movie's tendency to get a little fantastical towards the end (a dream sequence musical number set in a 1950s American high school is especially winsome).

Just the fact that you get to see Conor go through dozens of phases and looks in a very short span (depending on whatever band he's into at the time) already tells us that Carney isn't shy about depicting the awkwardness of finding yourself at that age. But through harsh trial-and-error, Conor eventually grows into himself as musician, as a brother, as a boyfriend, and as an individual.

And with a soundtrack featuring The Cure, A-ha, Duran Duran, The Clash, Hall & Oates, Spandau Ballet, and The Jam (among others), alongside a pretty fantastic collection of original songs written for Sing Street (really, stuff like 'The Riddle of the Model' and 'Drive It Like You Stole It' are ridiculously catchy), even if you do find certain moments too cheesy, the music will always carry you through.

Sing Street joyously takes you along like a great 80s pop song, and by the time the film crescendos into its irresistible choruses and climax, you'll be humming along too, eager to buy the album.