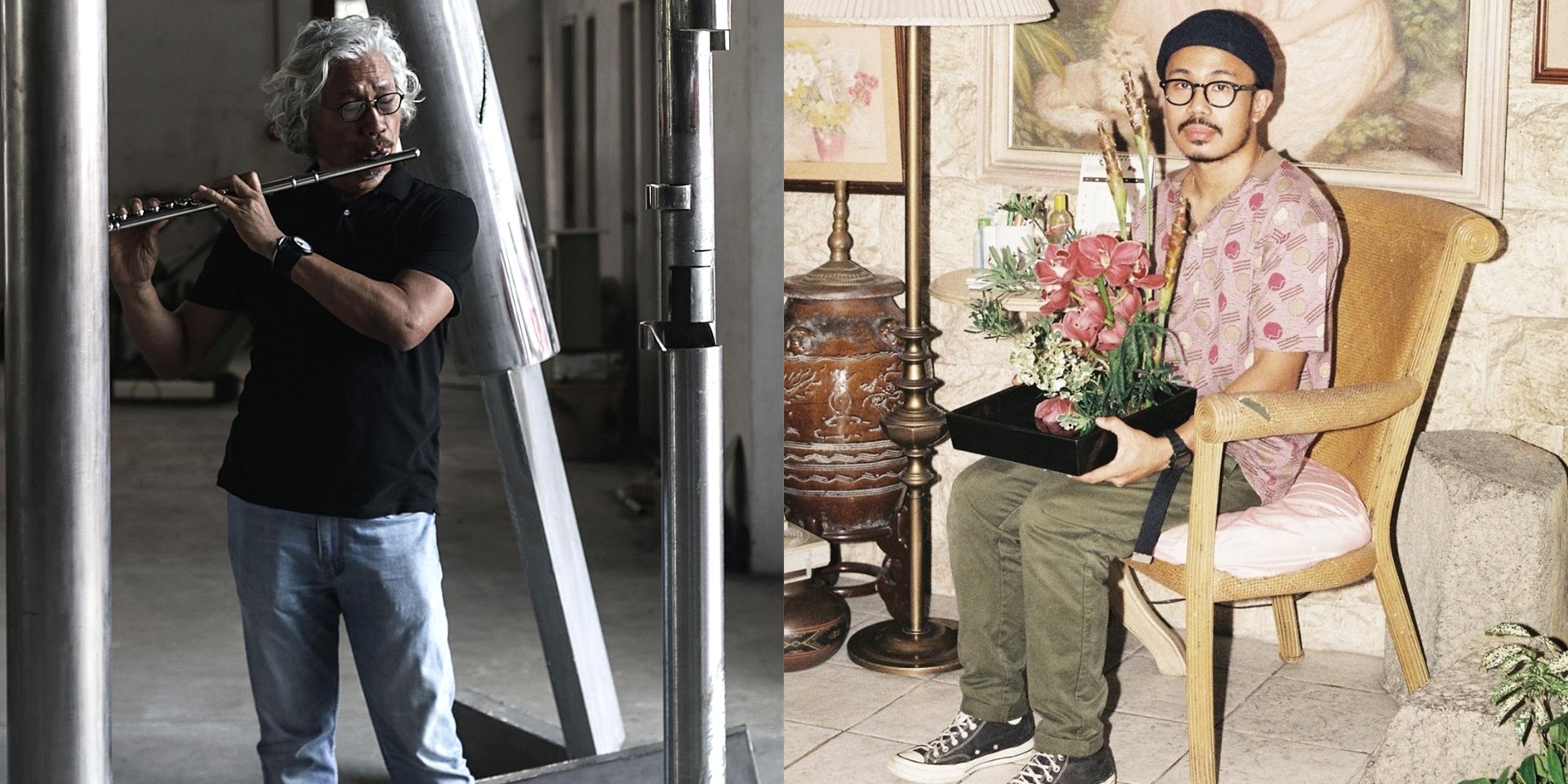 Ayala Museum and Bandwagon are coming together to bring you live music and with Creative Nights, a night of unbridled creative inspiration, celebration, and collaboration, designed for the creative community.

Happening at the Ayala Museum in Makati City on February 8 (Friday), Creative Nights will deliver magic sparked by two creative forms coming together to bring forth a heightened sense of creativity and expression care of our local artists. For this edition of Creative Nights, we turn to internationally renowned minimalist artist Gus Albor and Manila-based beatmaker/producer CRWN to take the reins in inspiring artists and musicians alike.

Gus (Augusto) Albor, an internationally renowned abstractionist, has been a stalwart of the Philippine art scene since the 1970s. A graduate of the University of the East School of Music and Fine Arts and a recipient of a British Council study grant to the West Surrey College of Fine Art, his works have been shown in exhibitions in Germany, Italy, Japan, France, and the United States to name a few. Albor has also received many honors and distinctions, one of which is the prestigious CCP 13 Artist Award.

“I get inspired by many things: life itself, simple objects or forms, political facts, scientific and spiritual matters," Albor says. "When they categorize my art it falls under the name or category of non-representational. You can also call it minimalist abstraction. It’s basically subconscious. I think it’s part of my personality – matipid (frugal.) So that’s why it falls under the category of minimalism.”

CRWN, also known as King Puentespina, began his electronic project from his bedroom and has since unleashed powerful beats and tunes, collaborating with the likes of Clara Benin, Jess Connelly, Mark Redito, and BP Valenzuela. He has also performed at Wanderland 2015 and 2016, Malasimbo in 2015, 2017, and 2018, dropped beats at Bandwagon Music Market, and Bandwagon Riverboat II in Singapore. His beat tape Orchid is available now.

Tickets are now available for PHP 1,500 (VIP) PHP 900 (On the day walk-ins), PHP 700 (Regular), PHP 600 (Early Bird), and PHP 500 (Ayala Museum Members) at the Ayala Museum ticket counter and via Ticketworld.  VIP tickets are exclusively available at Ayala Museum and are inclusive of priority seating, a meet-and-greet with the artists, an exhibit tour with our senior curator, and other exclusive offerings. All ticket tiers include access to Gus Albor's Territory exhibit. 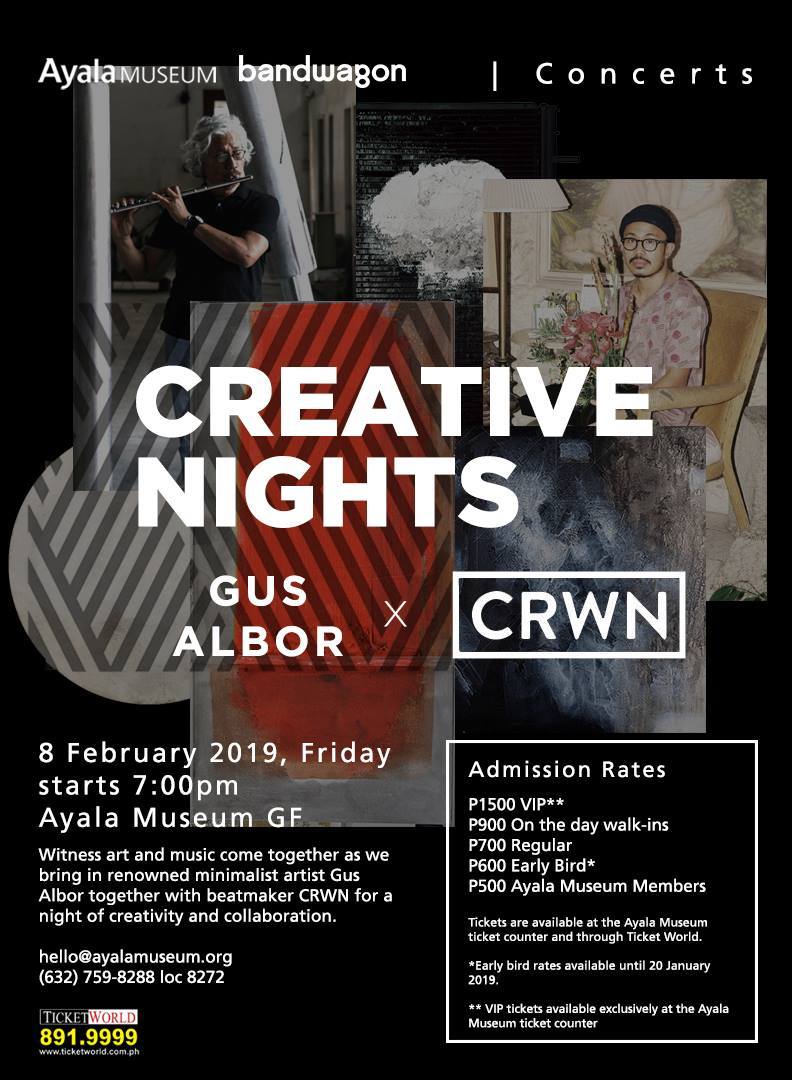