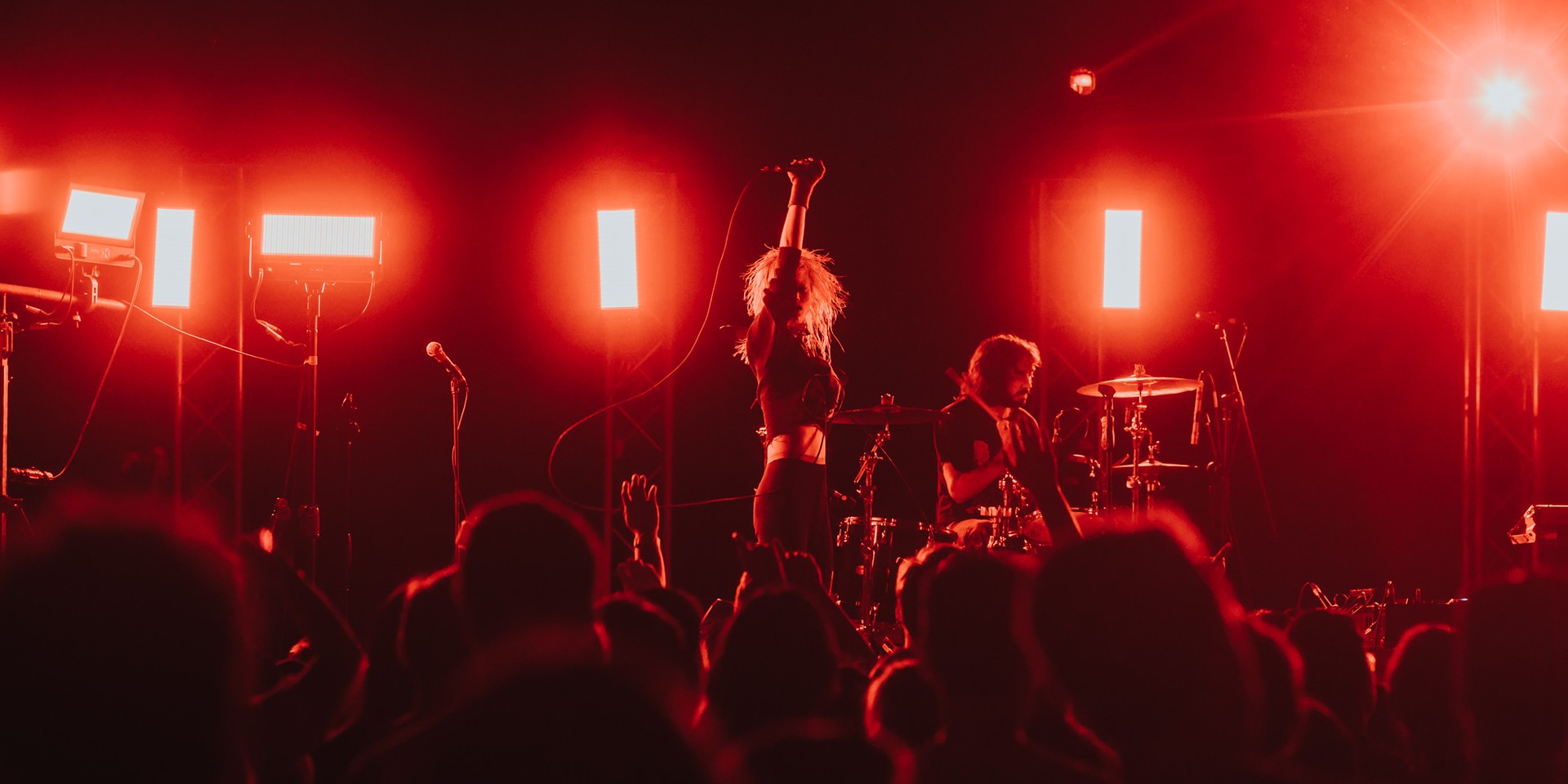 There's a lot to say about Crystal Castles, and the band has never shied away from the spotlight since their loud and colourful debut in 2008.

The duo has never been ahead of the curve as much as they've been confidently riding on their own trajectory. Founded in 2006 by producer Ethan Kath and vocalist Alice Glass, their brand of electronic pop is woefully melancholic and outlandishly punk — closer to the brief reign of digital hardcore music in the 90s (think Atari Teenage Riot) than the twinkly, moody bedroom pop of now — and they've been a long-lasting name in modern indie music. Their first three albums performed consistently with prominent critics and fans, and their live shows gained notoriety for Glass' onstage antics.

It was not until 2014, two years after III, that frontwoman Glass called it quits, inviting speculation into the band's future. Kath quickly shut it down a few months later with the introduction of Edith Frances, now running at the helm of Crystal Castles' live sonic warfare. 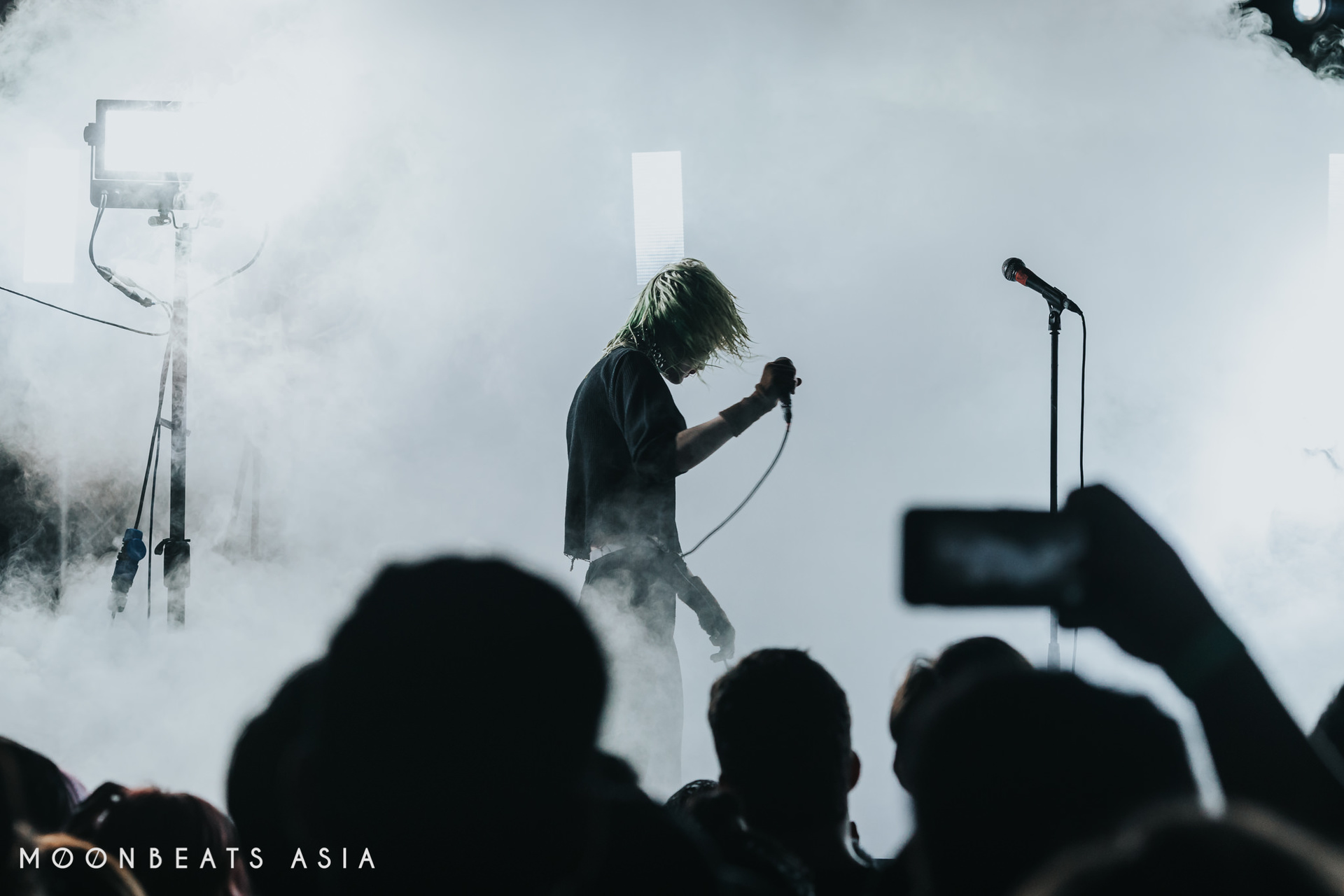 While Frances' stage presence does echo the anarchic rage of Glass, there was no sense of mimicry as the vocalist performed in Singapore with her new partner-in-crime — a surprisingly swift return after their triumphant set at Neon Lights 2016.

The band — a trio if you count their long-serving live drummer Christopher Chartrand — performed at *SCAPE The Ground Theatre, and while older fans may bemoan the absence of Glass (inb4 "it's not Crystal Castles without Glass"), their newest album Amnesty (I) instead suggests a brighter future for the project, and their live show proves that no fan will ever leave unsatisfied. 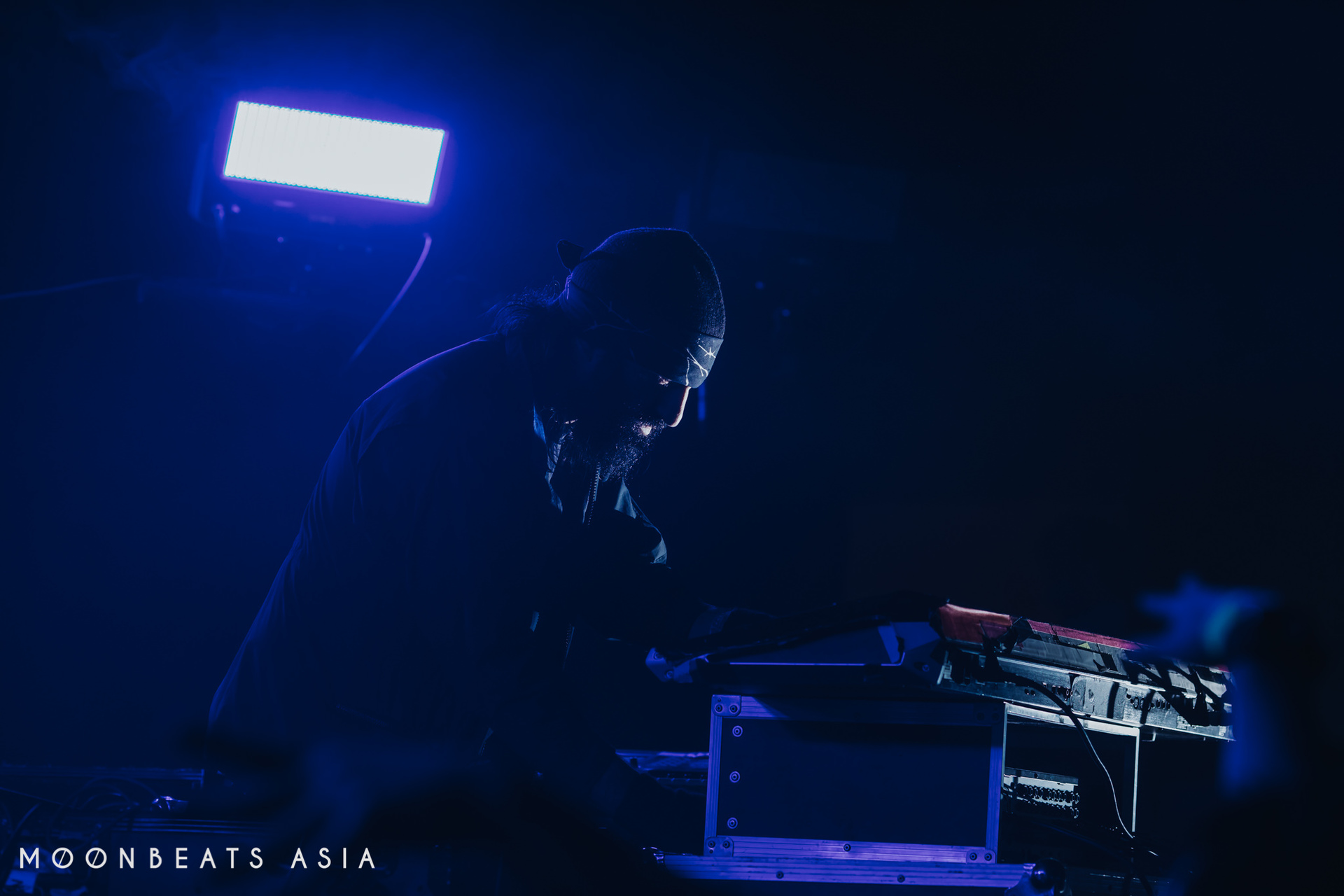 The show opened with the heady electronic music of emerging project Farrows, aided by the live drumming of Chartrand. Compared to the sizzling destruction of the main act, Farrows served as the slow-burning introduction that reveled in glistening melodies and propelling beats. Also, they get bonus points for bookending their set with the main theme of Twin Peaks, the cult TV show that made its big comeback just the day before the concert. Singapore may not get a lot of Twin Peaks love — the show is not available locally, even through Netflix — so this little nod was needed. 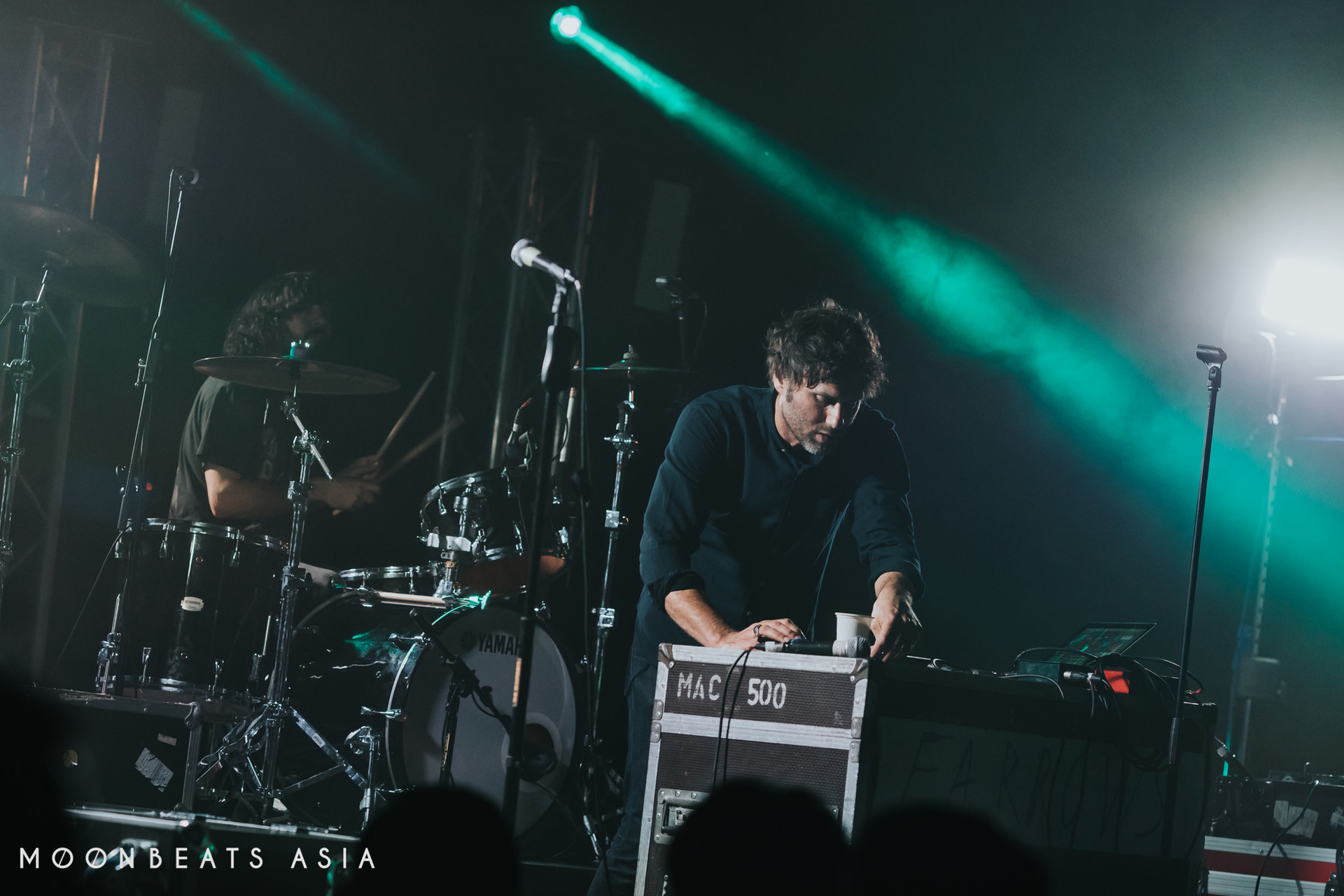 For the main set of the night, Crystal Castles reeled in the crowd instantly with a set list heavily populated by their latest album, but it was obvious older songs like 'Baptism', 'Crimewave', 'Untrust Us', 'Wrath Of God' and their famed cover of Platinum Blonde's 'Not In Love' were the biggest draws. With ambitiously loud sound, characteristic of any Crystal Castles show, and blinding lights, they were able to turn the venue into a goth rave in no time. 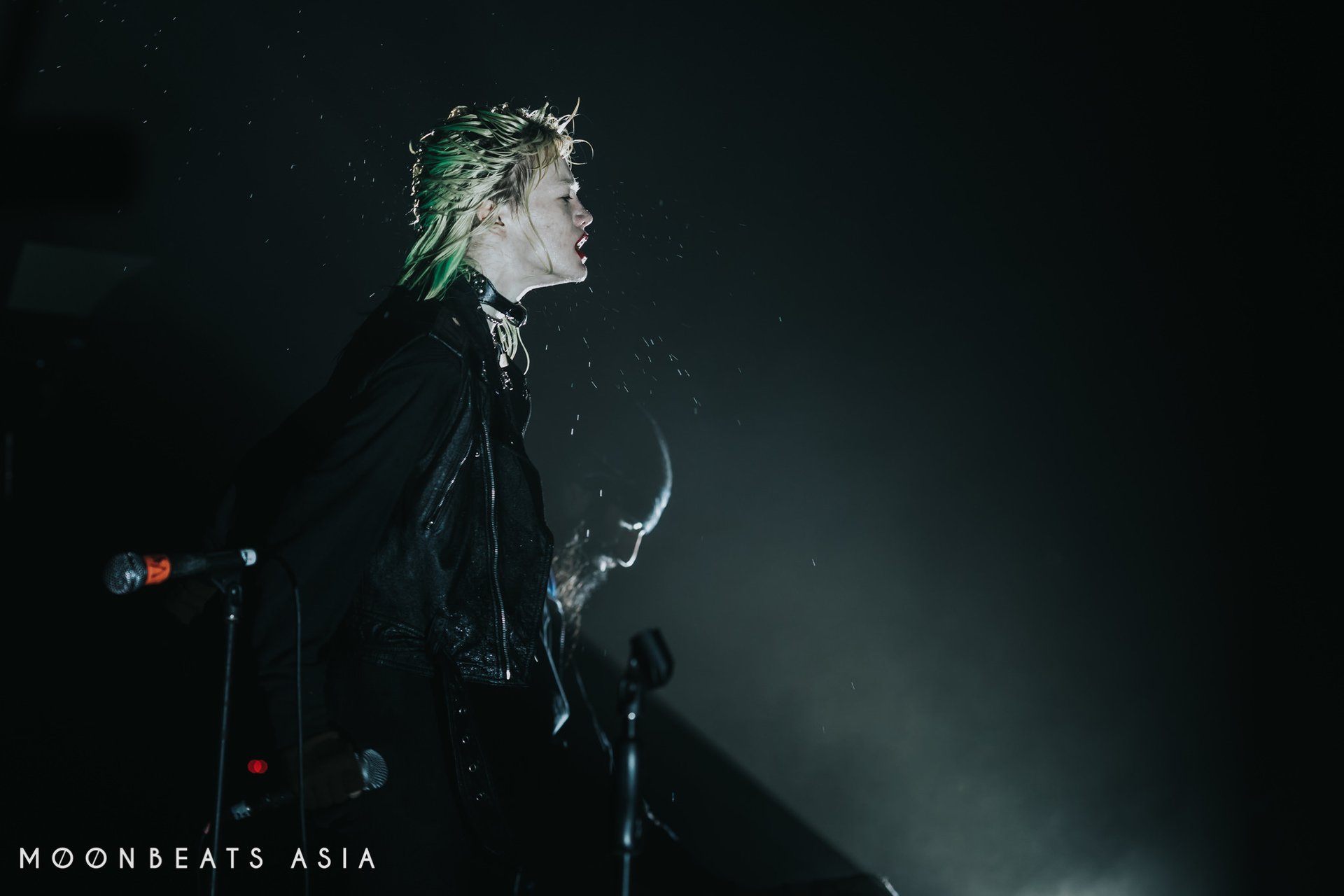 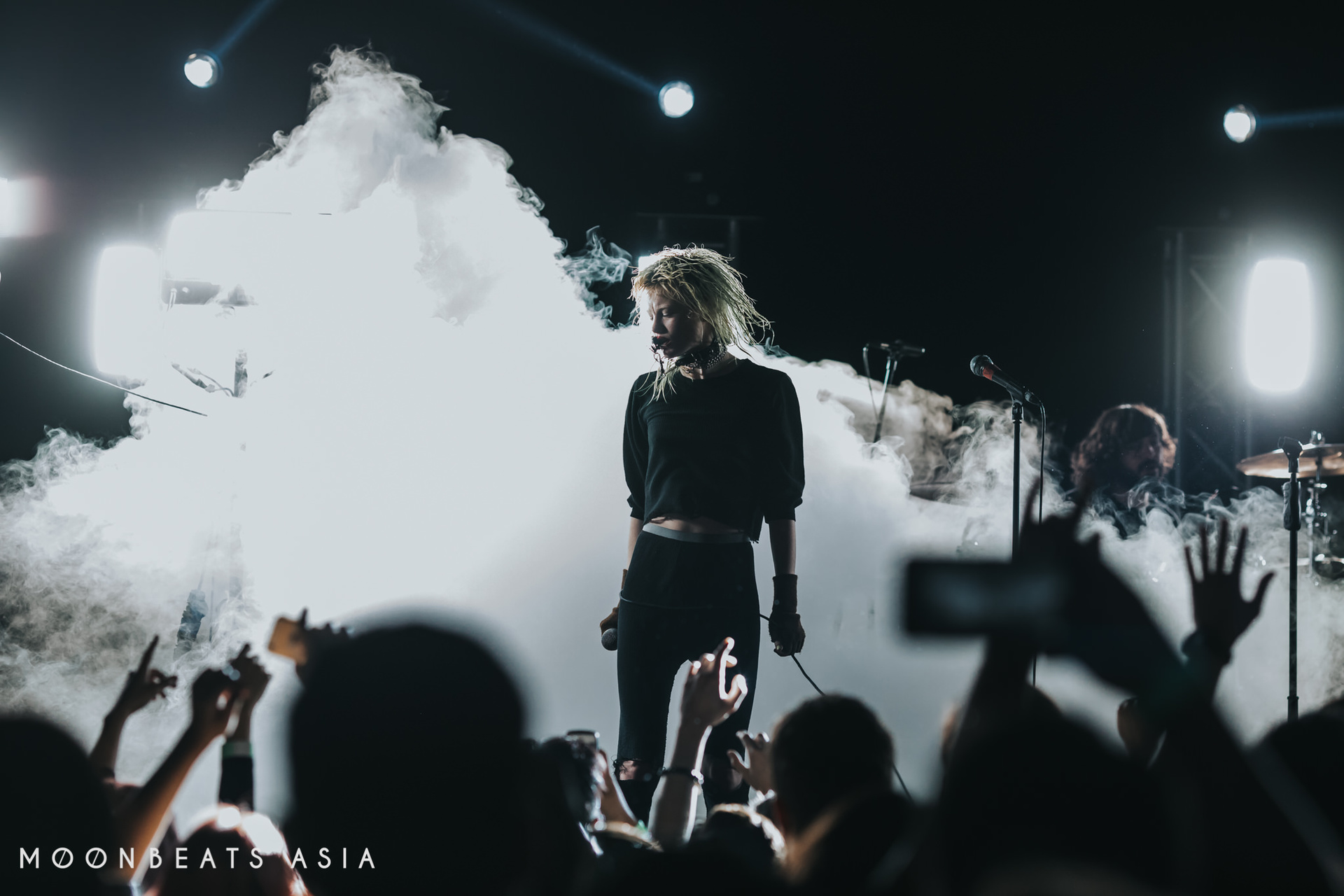 The set was accented by instrumental interludes that hinted at the band's heavier, grimier direction for their upcoming EP — we approve 100% — and the whole show coalesced with the kind of chaotic, ear-splitting beauty that's exceedingly rare outside of a noise show. If you crave for your live music to be brash, raw, and unabashedly catchy, be thankful Crystal Castles are still on the touring road — Glass or no Glass. 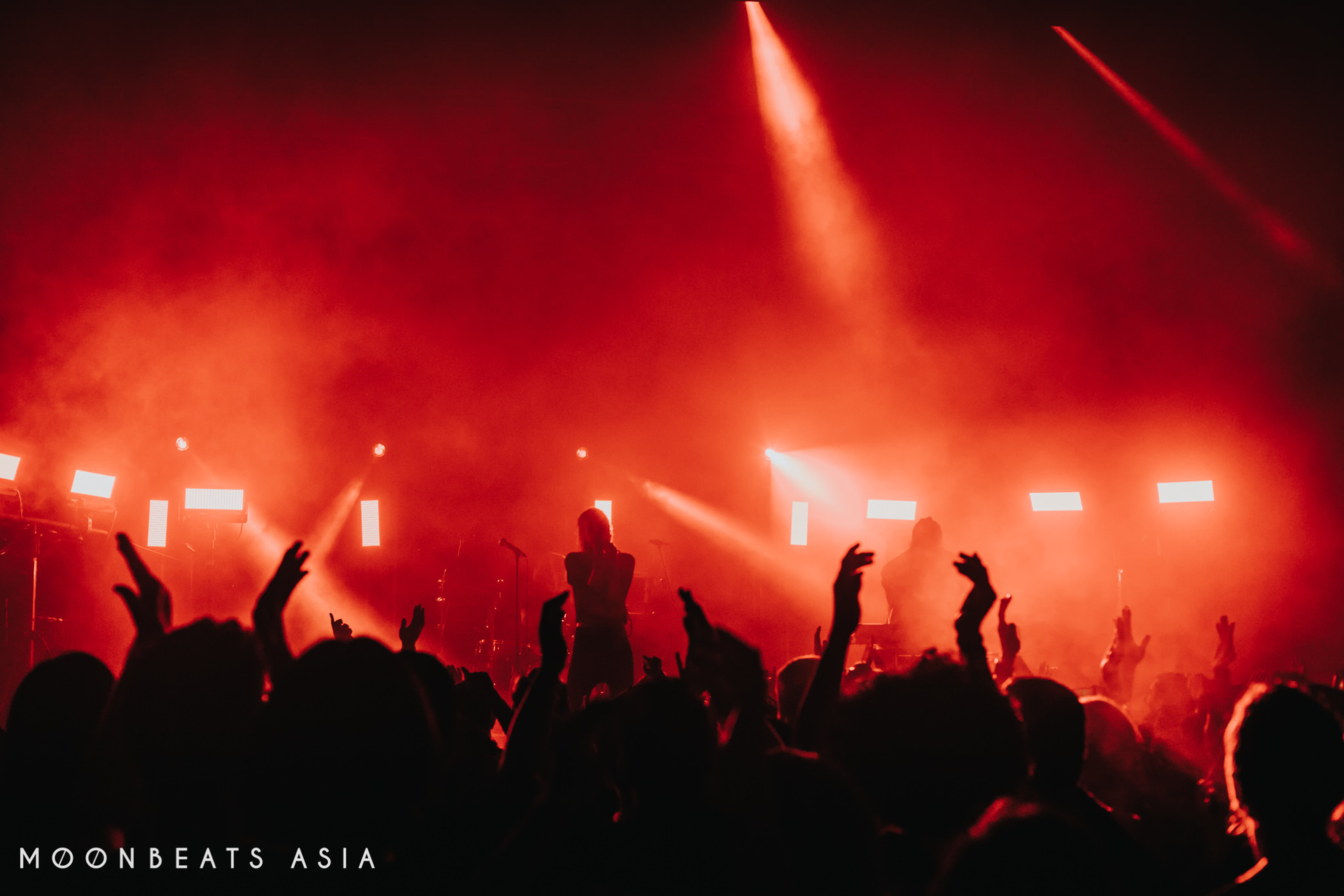 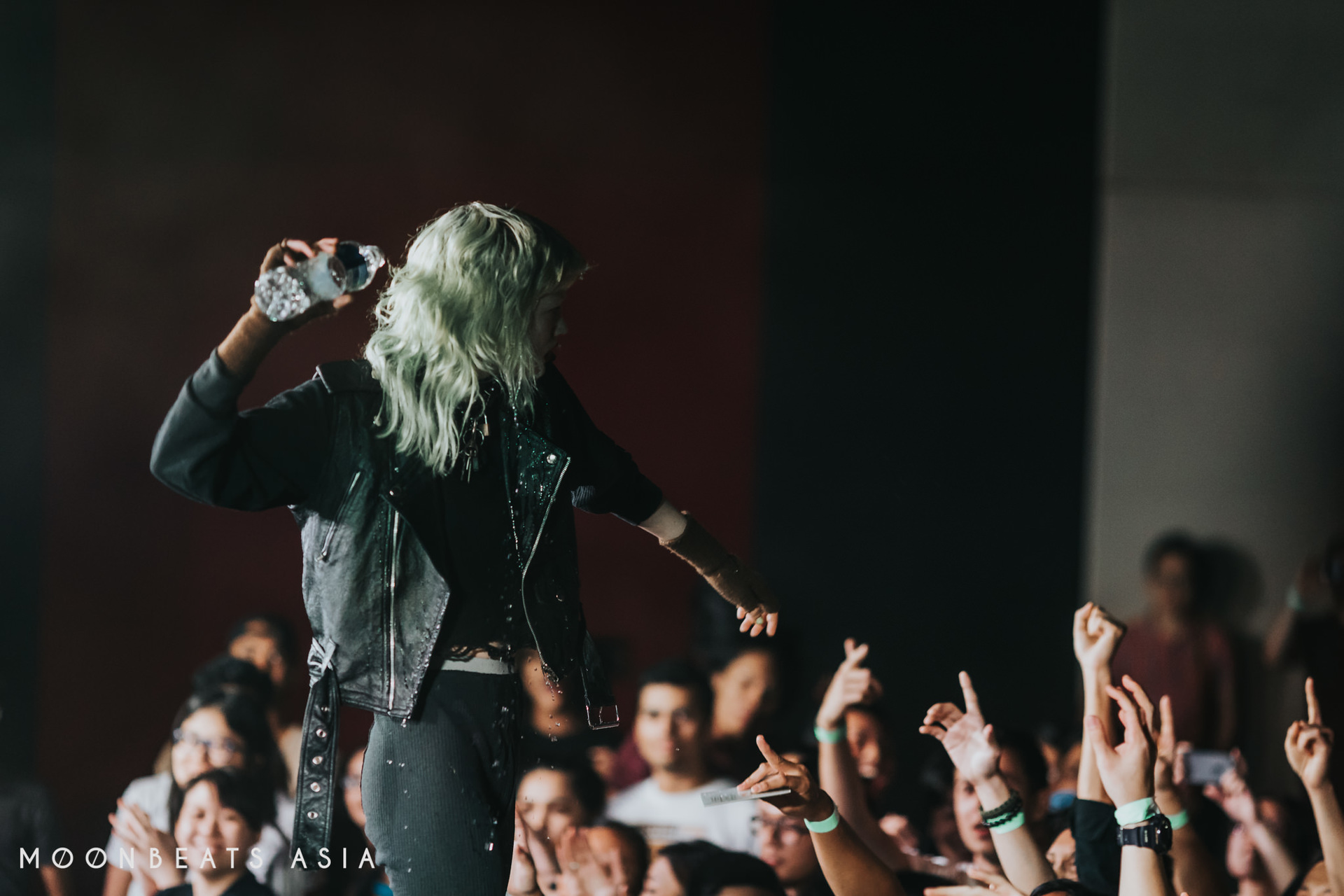 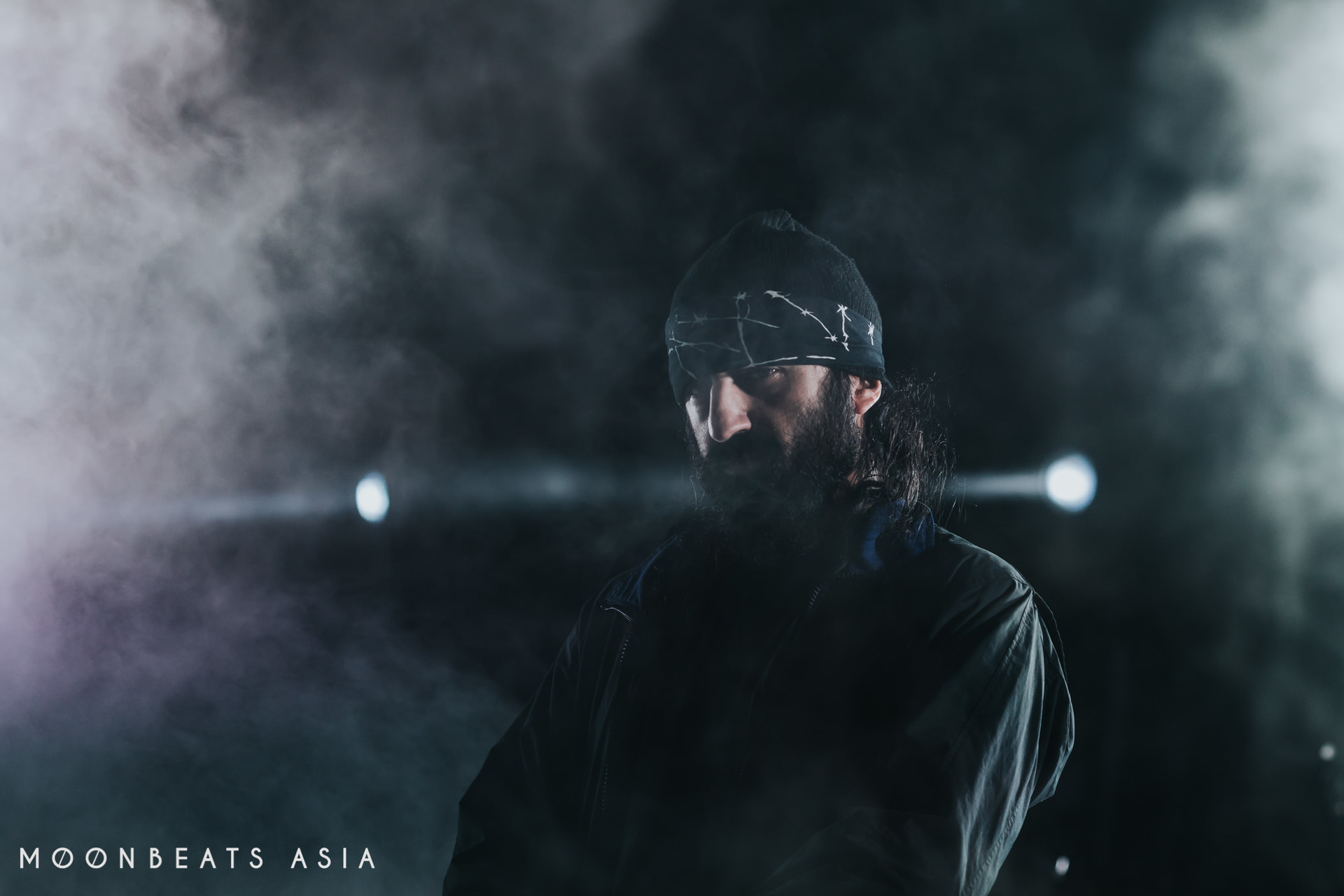 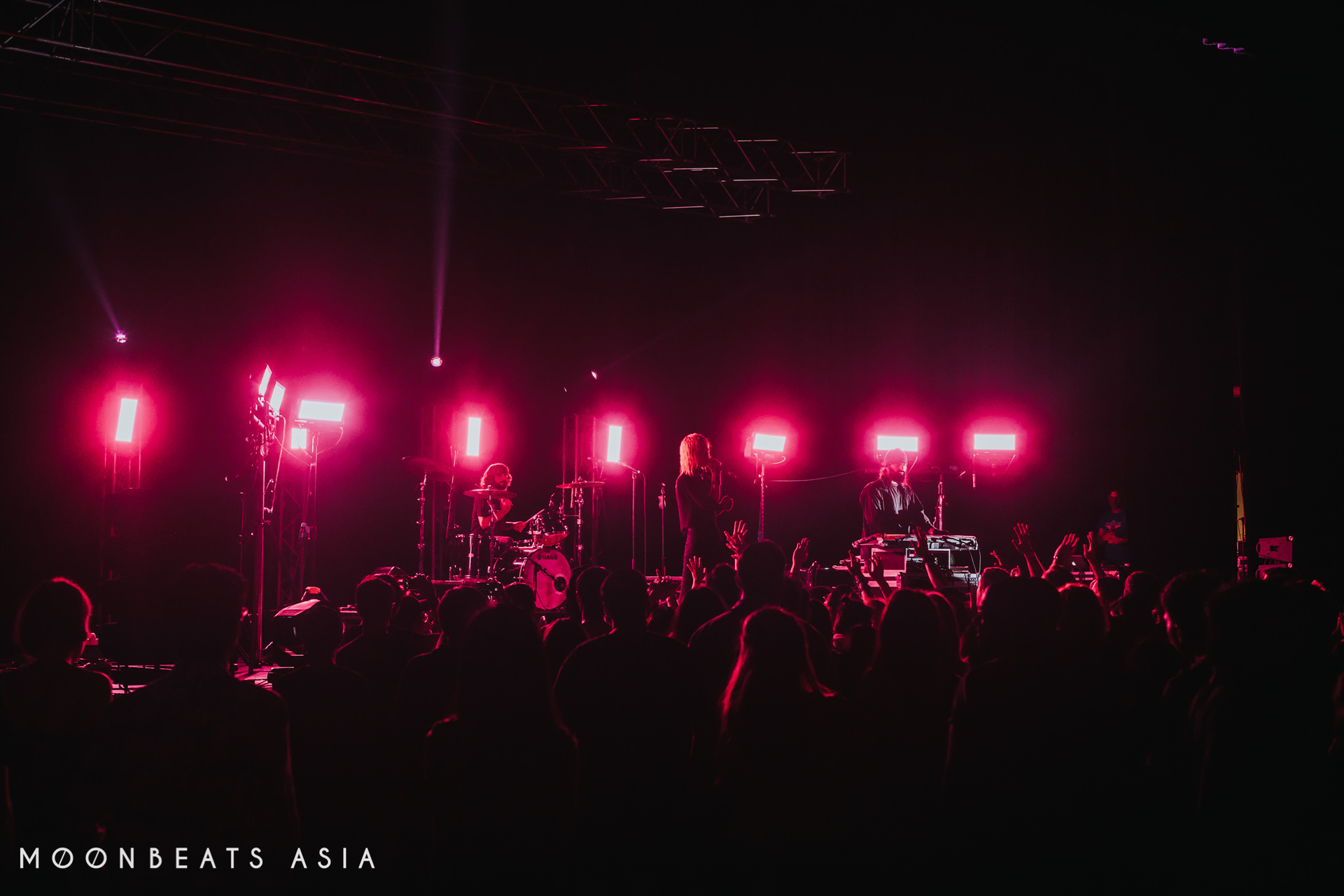