Sir Richard Branson, British businessman, philanthropist and founder of the Virgin Group, was in Manila today for ANC's Asian Innovation and Entrepreneurship Forum. In the midst of the audience of mostly older business folk, was Mito Fabie, aka Curtismith.

The 22-year-old was called onstage for the question and answer segment and made the most out of the opportunity by performing 'Going in for Life', a track off his IDEAL mixtape which he released in September 2015. Branson seemed to have enjoyed his impromptu performance, because he asked the rapper to upload demos to his blog. He also had his assistant hand Mito a business card. 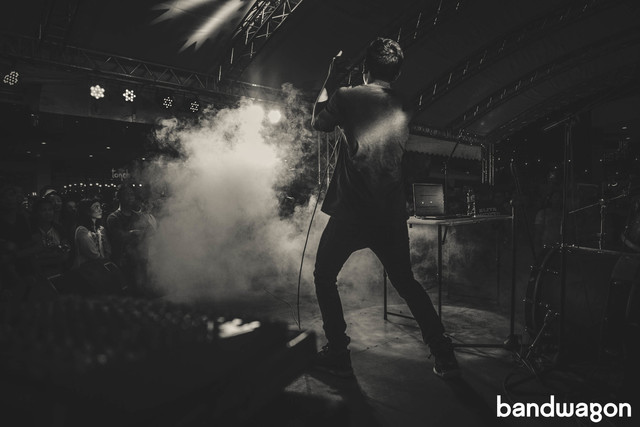 We asked Curtismith to share with us what just happened and this is what he had to say:  "I wanted to ask a question but he's been one of the biggest influences in my life. I had to say a piece that I was only able to write cause of him. I paid for the ticket and the questions weren't enticing enough so I made sure to get the most of what I paid for by just doing it or else I probably would have regretted it if I didn't. The PA gave me her card so I emailed her."

So I just rapped for @richardbranson and his PA just gave me her card.... What is life? PRAISES TO THE MOST HIGH pic.twitter.com/0xDBUNmAjF

Listen to 'Going In For Life' here: