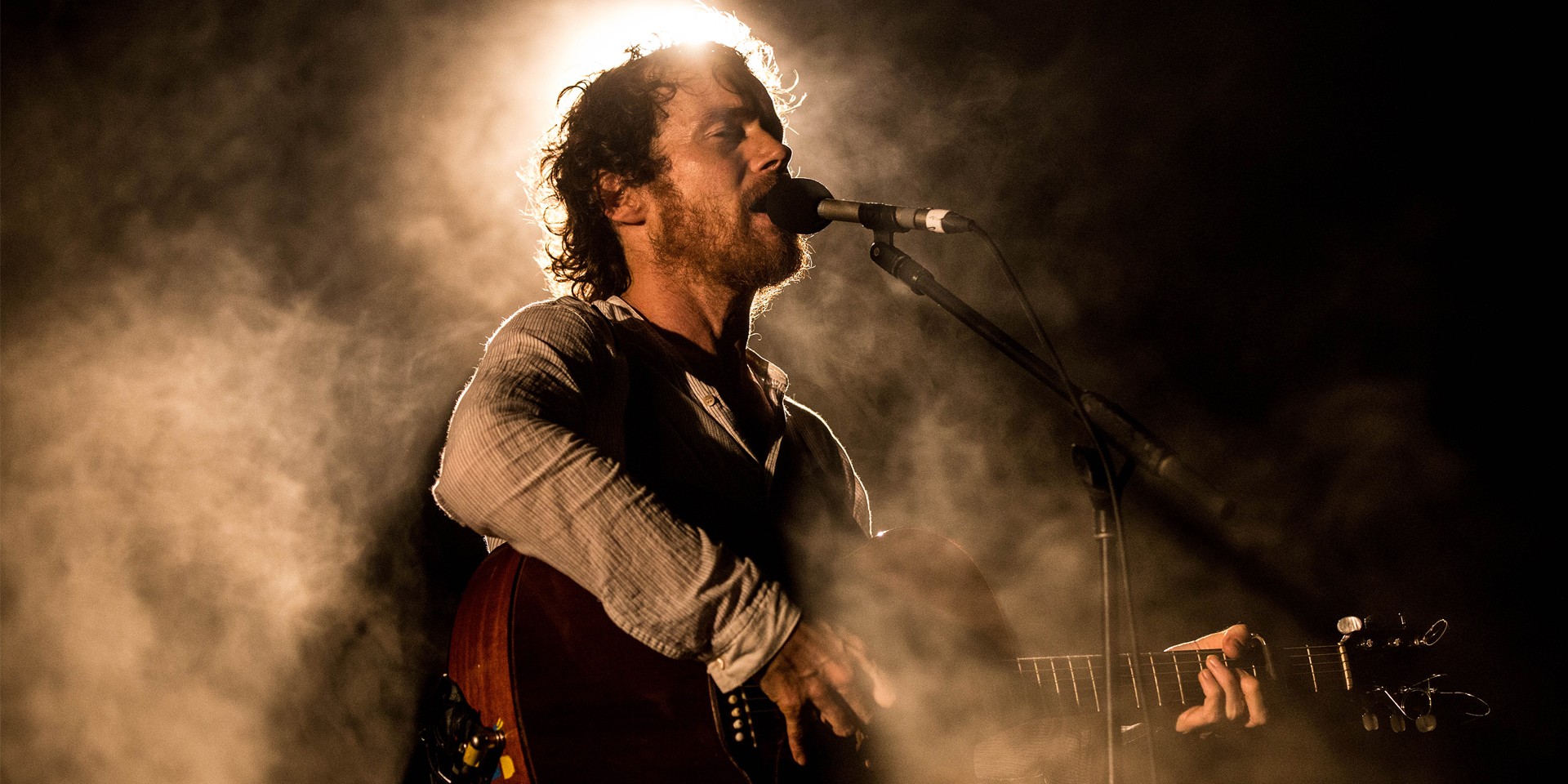 Words by Daniel Peters, Jillian Wong
Photography by Nor Asyraf

In 2006, Damien Rice released 9, his sophomore album that, while still maintaining credibility with critics and fans, did not live up to the massive success of his debut album O.

While it ultimately wasn't a determining factor, Damien Rice soon stepped away from the music industry, letting go his live band and a growing worldwide fanbase who were enchanted with the singer-songwriter after his song 'The Blower's Daughter' became a crossover hit.

His self-imposed hiatus served as a respite from Rice's disillusionment with the business — “The people I was working with started asking me to do things that I wouldn’t have thought of doing myself, like a radio version of a song,” he tells The Guardian — and other than a appearance at an LA charity event, he remained unseen from the public until he reemerged in 2014 with a new album, titled My Favourite Faded Fantasy.

In almost two years since the album's release, we've seen Damien Rice at his most confident and uninhibited as he continues to tour the album around the world, and his appearance at Neon Lights Festival in 2015 was especially a delight — touring solo this time, he's pulled off looping performances as set closers and even invited a couple onstage to have a drink with him.

The freer, more expressive Damien Rice has a lot to credit for his newfound enthusiasm for performing — "Touring is amazing, there is no worst part about it," he tells us — and we got to chat with the singer-songwriter before his first headlining show here at The Star Theatre. He talks about his comeback album, why songwriting remains a personal outlet for expression, and why he's not bothered about what the public thinks about him.

You've described your latest album My Favourite Faded Fantasy as being completely different from your previous albums. What was the inspiration behind it?

The inspiration behind it was probably a huge desire to express a load of complex emotions in a manner which was not judgmental and then somehow through that process end up with a feeling of release or letting go so that I could move into something new.

Your album was produced by Rick Rubin. He is well-known for his hands-off approach during recording sessions. Was it the same for you? What qualities/lessons do you think you’ve learned from him during those sessions?

I mostly learned that sometimes just showing up is all I’m there to do. In that, I am not so much in control of whether the music flows or not, but I can control if I show up or not, so I got into the habit of showing up anyhow, so then when the music flowed, I was ready for it.

The lyrics for 'The Greatest Bastard' are exceptionally personal. How important is it to you to write an engaging story within a song? Or is your process more free-flowing?

I do not see the purpose in writing unless I’m being somewhat personal. The beauty with music is that you can be very personal and yet feel very protected in the knowledge that it’s just a song and once it becomes a song it’s not about you any longer, so there’s a great freedom and release in that process.

You took a long break after touring for your second album 9. What made you decide to return?

I just do my best to stay out of the way of the creativity and it flows."

What’s one public perception of you as an artist that you would like to get rid of?

I think people have a right to their perceptions and their stories. I might see someone else’s perception of me as being skewed or false, but who am I to say? I do not have their eyes and I do not see what they see. Maybe they are right. Maybe we are all right, from our own perspectives.

A coin looks like a circle when you look at it from one angle, and it looks like a long skinny rectangle from another angle. Maybe we are all circles and rectangles to someone else.

Are you already working on any new music at the moment?

It feels more like the new music is working on me. I’m being a little lazy but it keeps poking me to wake up and work.

Do you write music when on tour? If you do, in what kind of situation would be the least accommodating for you when writing music?

It tends to tell me what to do and I tend to follow, and I have learned to love that method the most. I just do my best to stay out of the way of the creativity and it flows.

You were especially engaging during your last show at Neon Lights, at one point inviting a couple to join you for a drink onstage. Have you spent time devising ways to make your live shows more unique?

I love to walk on stage with no plan, no setlist, and no real idea of what’s going to happen. We will often sound check a number of instruments and be prepared for various things to happen, but it doesn’t mean that it will happen. I walk on stage and songs come to me and so I sing them.

The stage is one area where I do not like to follow a plan. I think I tried to have a setlist one time and it just doesn’t work for me. The stage is a conversation that I dive into without a plan.

Special thanks to Secret Sounds Asia for setting up the interview.