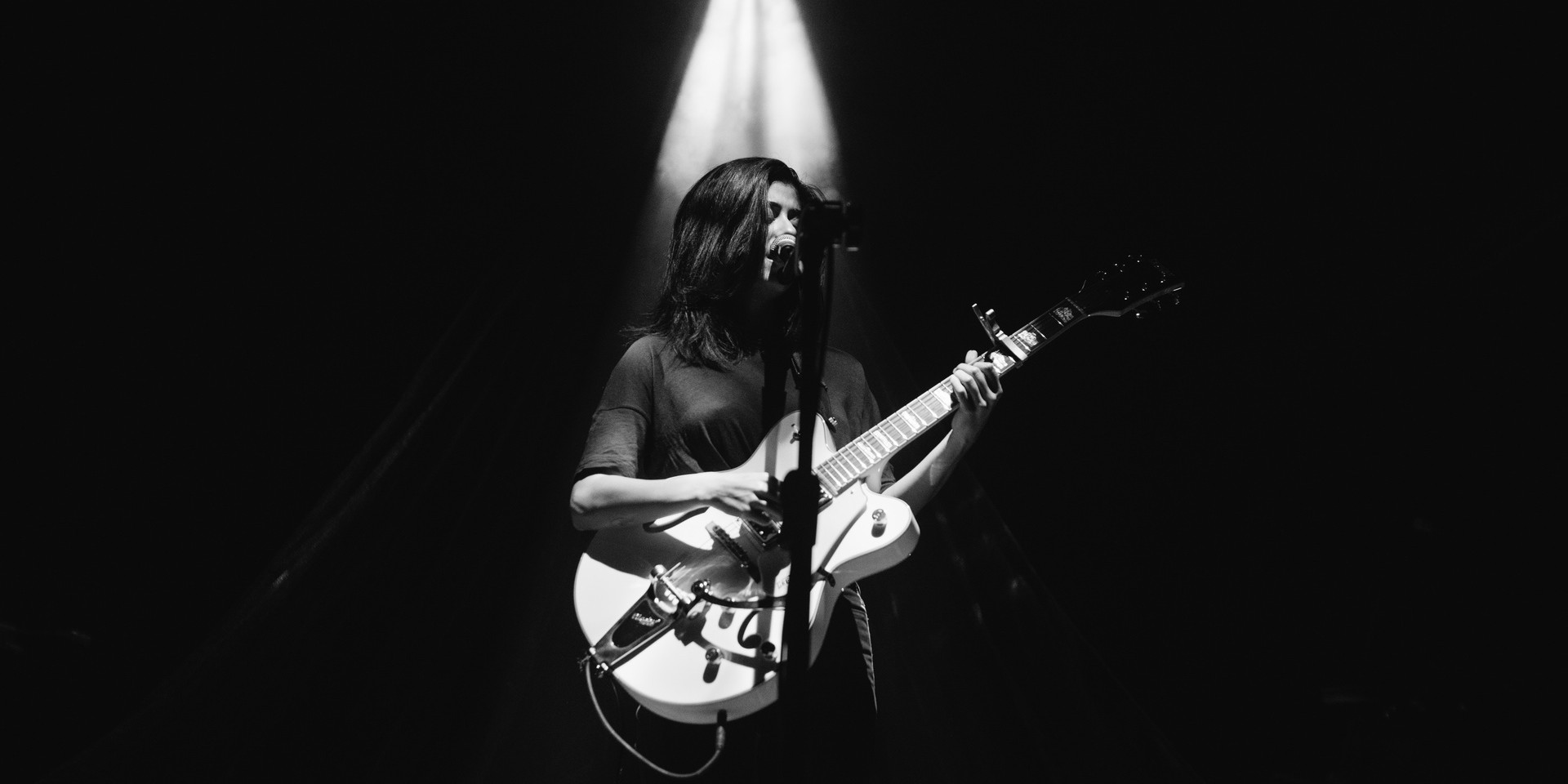 The online music community worldwide have always found ways to reconnect outside of the comments section or even beyond their local park gatherings. Edmonton-based Youtube singer-songwriter Daniela Andrade decided to the crash the shores of Asia for the first time this year, and Manila was saved for last. From word of mouth to the internet's landscape clamor, Stages Sessions gathered fans from all over the metro to make this show possible. 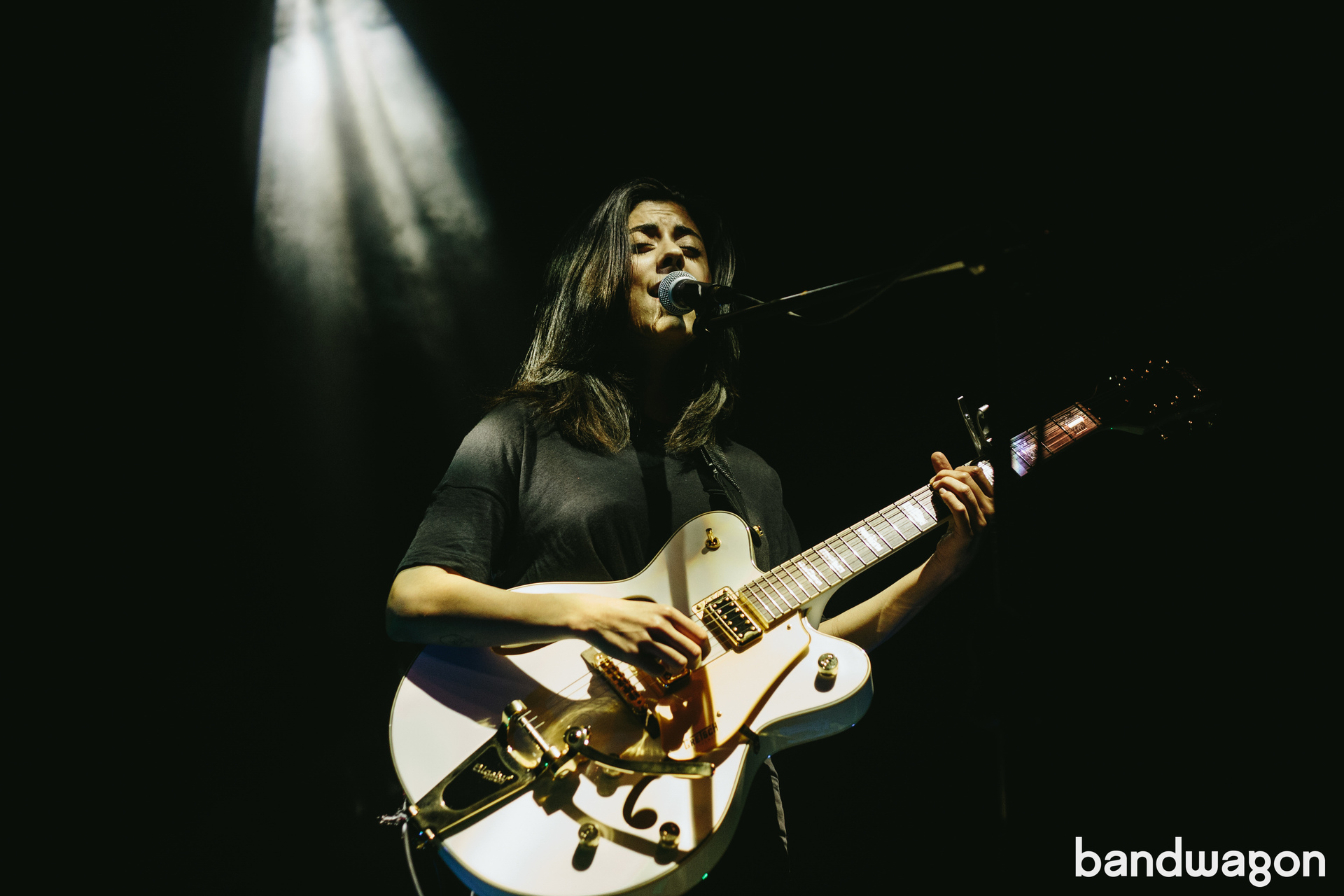 For a Saturday night, Music Museum was filled with friends, families, and the occasional lone wolves clutching on to their phones and tickets surveying the vicinity for familiar faces. As guests rushed in to the concert hall, whispers of anticipation and excitement bundled everyone up. Lights began to drop on the stage and unravel the opening act, Keiko Necesario and Gio Levy. The beach-like setup was very apt for the Shore tour, and the music made the entire scene even more convincing. With only their guitars and bare feet, they chimed in with their soothing set. Gio encouraged the couples from the crowd to hold hands and work on a gesture with their thumbs as he began singing 'Let Her Know'. Keiko closed in with a tease of her track from Stages Sessions’ Christmas album Pintig Ng Pasko.

The mood of the crowd then set in to welcome two prominent MCs that definitely know their rhythm, Skarm and Curtismith. Hip hop reflected its good vibrations as the duo riddled it out with tropes on reality and how good it is despite the trouble of society. They’re definitely one (or two, rather) to look out for, delivering lyrical wisdom on the platter of life. 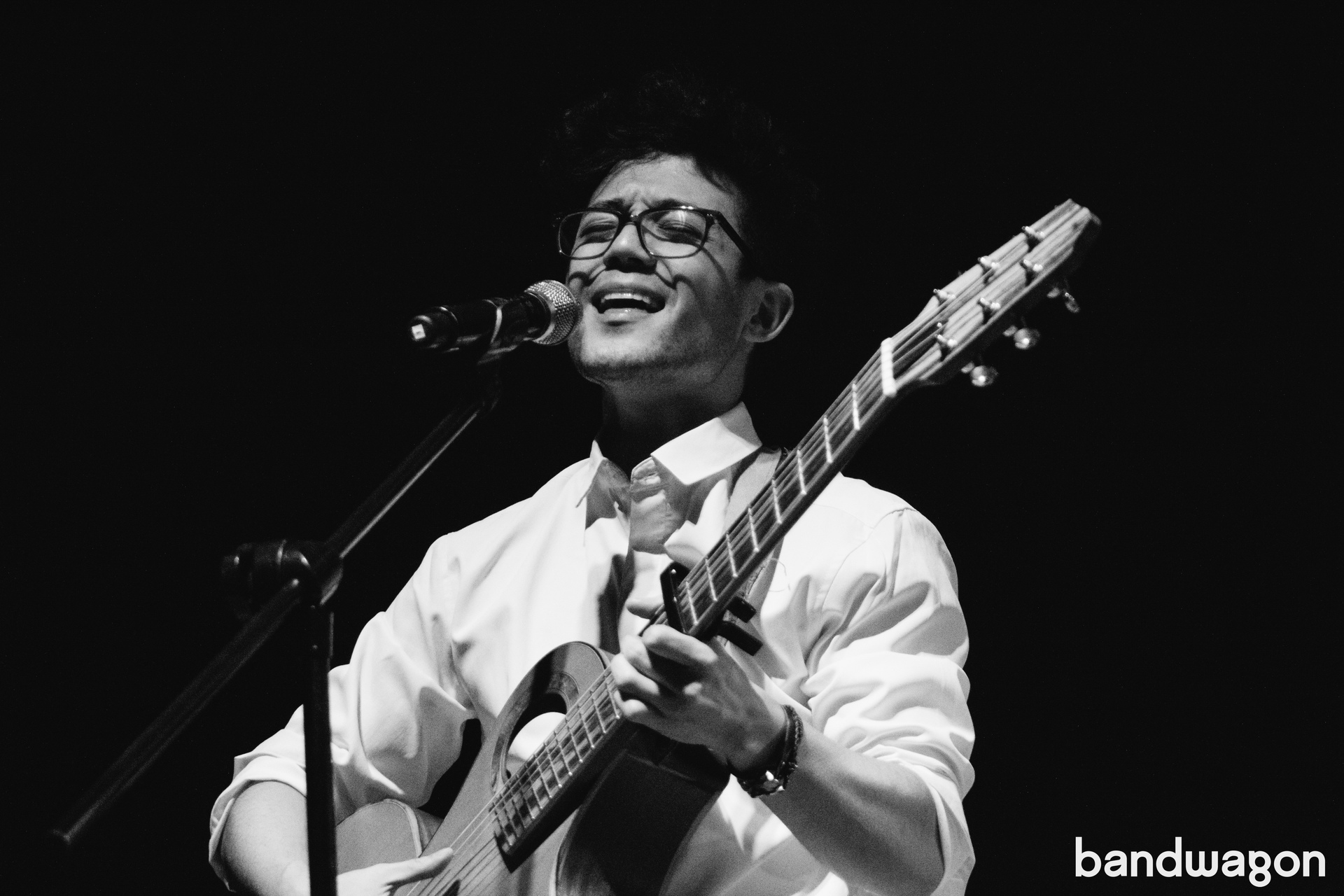 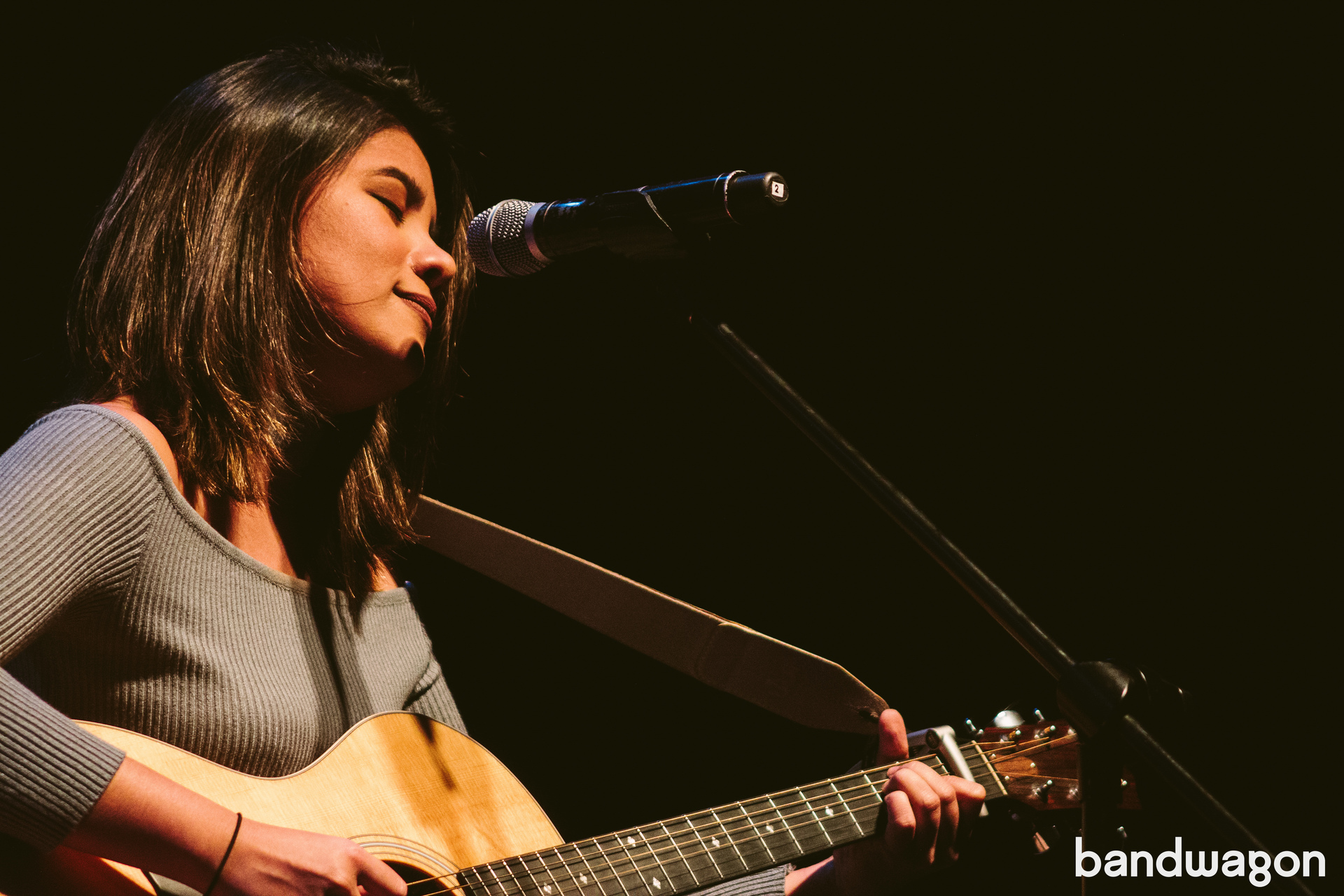 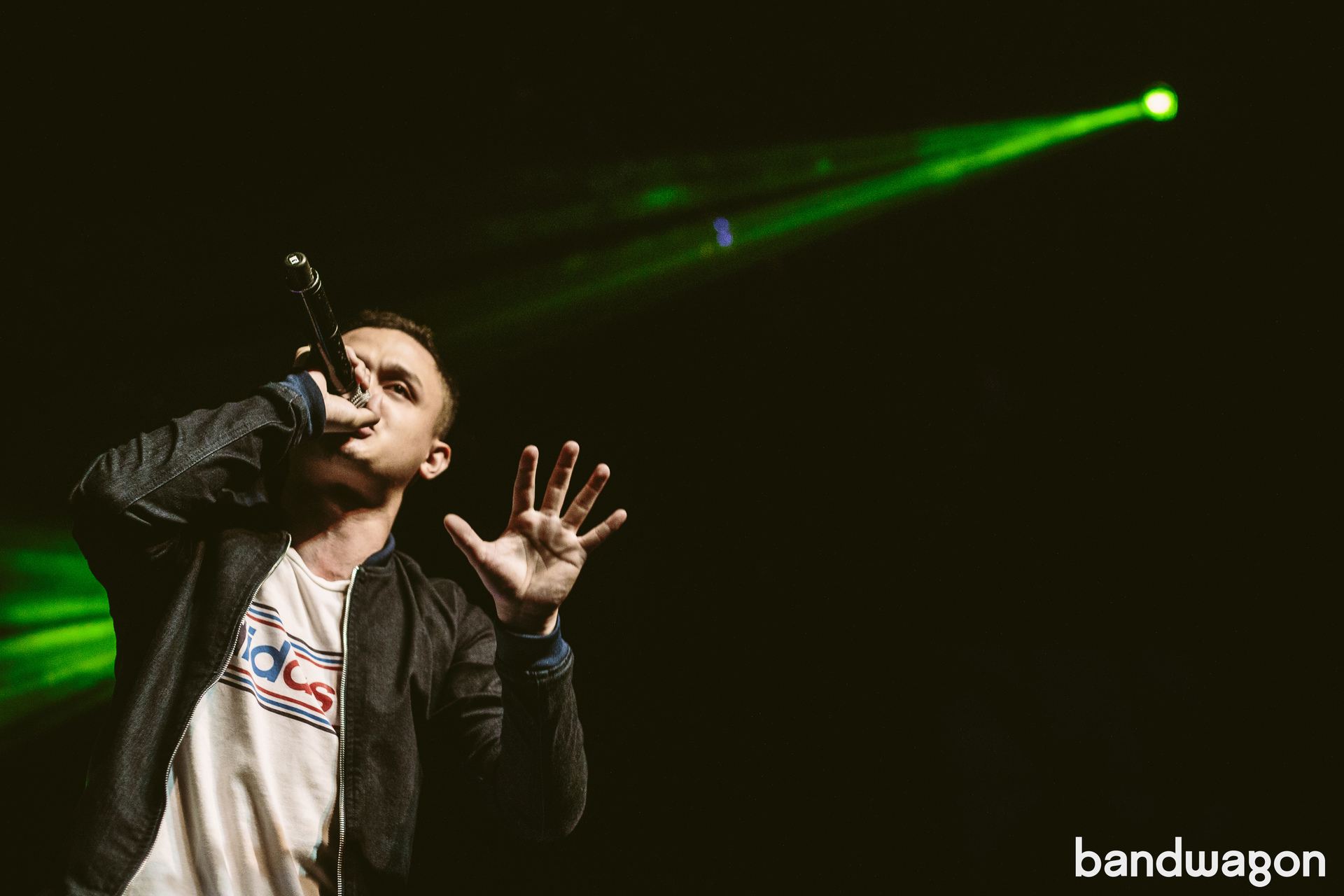 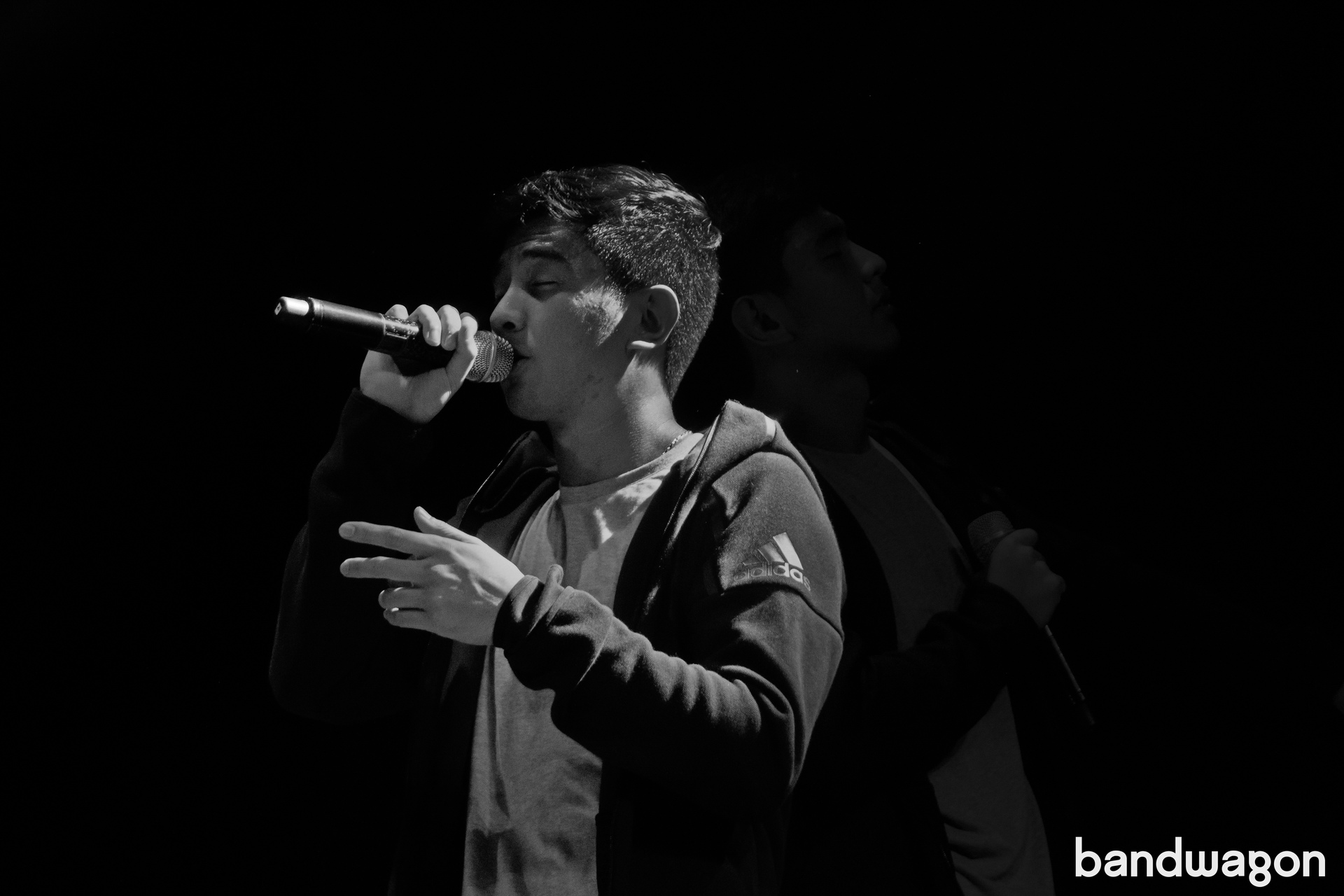 Before Daniela could walk up to the stage, the crowd began to stop holding back their voices and called out her name in excitement for what’s bound to happen. And with the beginning of her set, she opened with her a single of her Shore EP Digital Age.  A medley inclusive of Drake’s 'Hold On We’re Going Home', a touch of her Things We’ve Said EP, and a couple of covers such as Gorillaz’ 'Feel Good Inc.' that had the crowd mouthing out the lyrics to; it was as if Daniela had walked right out of our screens and onto a larger stage with the exact same charm. 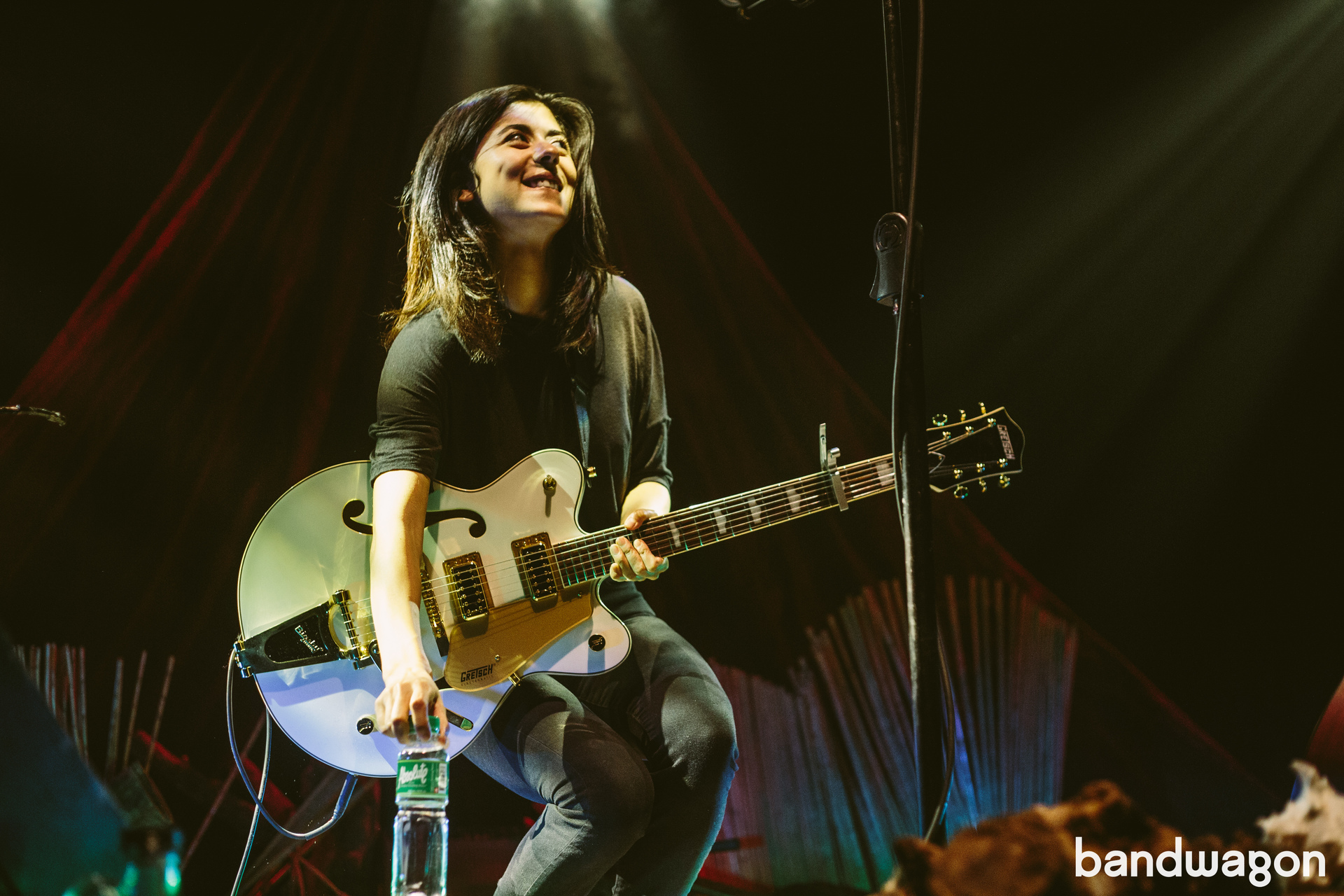 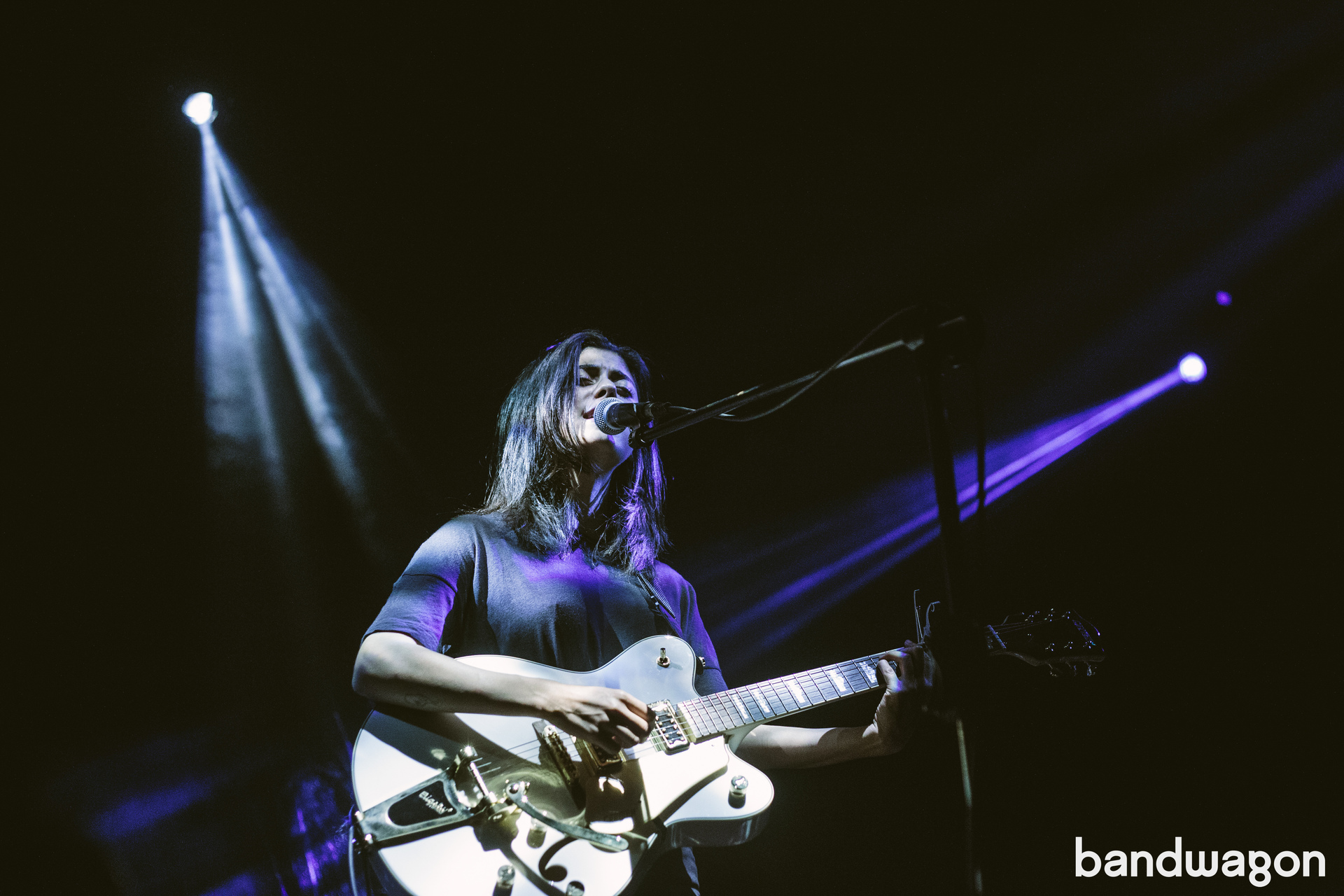 “This is actually the first time I’ve ever performed in a theatre and everyone’s seated, and it’s so beautiful. [Music Museum] is an iconic venue from what I understand as I was told of everyone that has performed here, and I just feel so humbled and honoured to be here so thank you so much for having me,” she expressed her immense gratitude towards the enthusiastic audience.

She also shared her own tale of uncanny social gatherings and how the aftermath of some bother her as if “maybe I’ve said something wrong” with her song 'Badly Programmed'. Initially closing the show with her single 'Shore', she then returned on stage to deliver an encore that sets a great record straight to the sky. And the highlights couldn’t have been more sacred, as the crowd lit up the room with their cellphones during her performance of Radiohead’s 'Creep'. 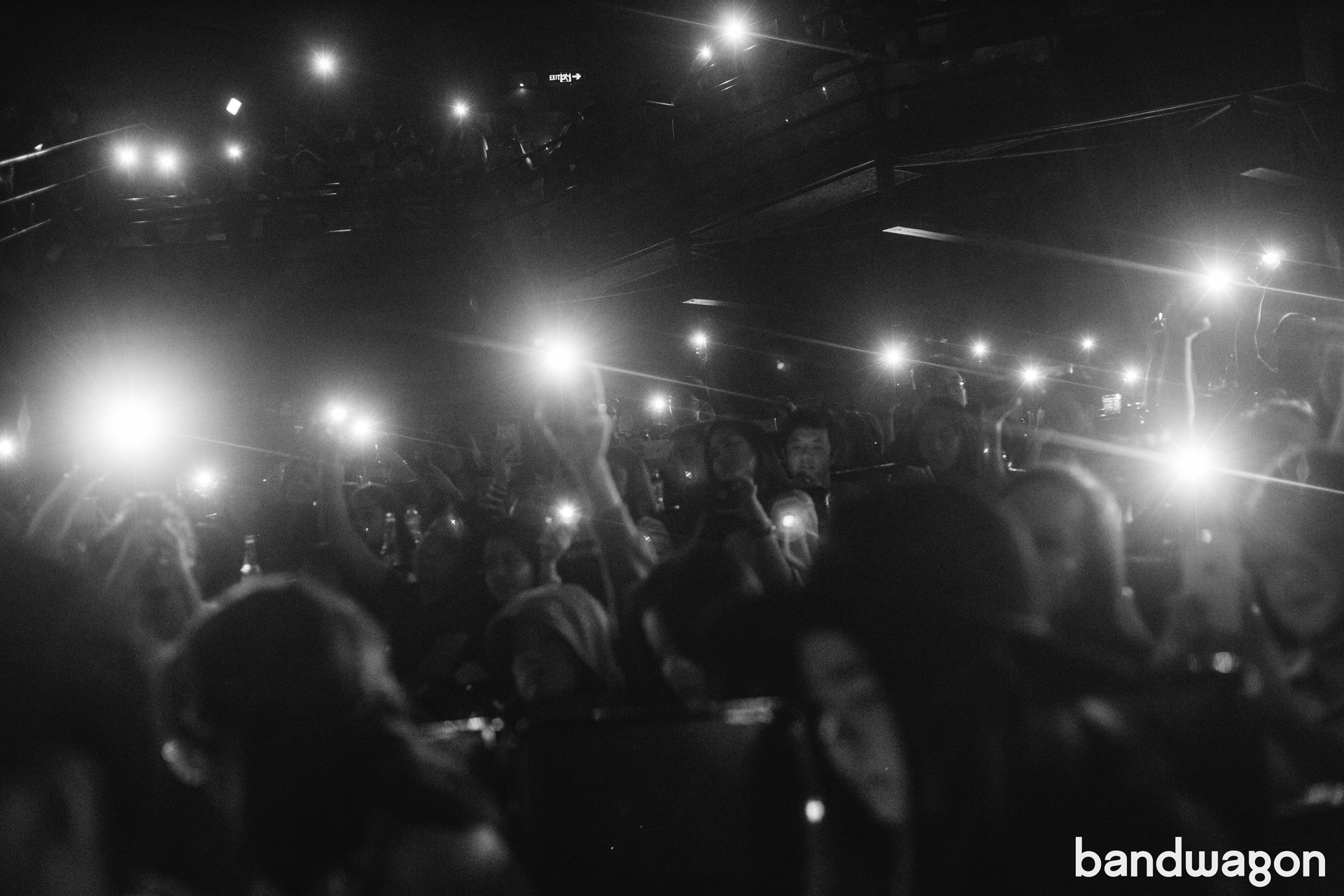 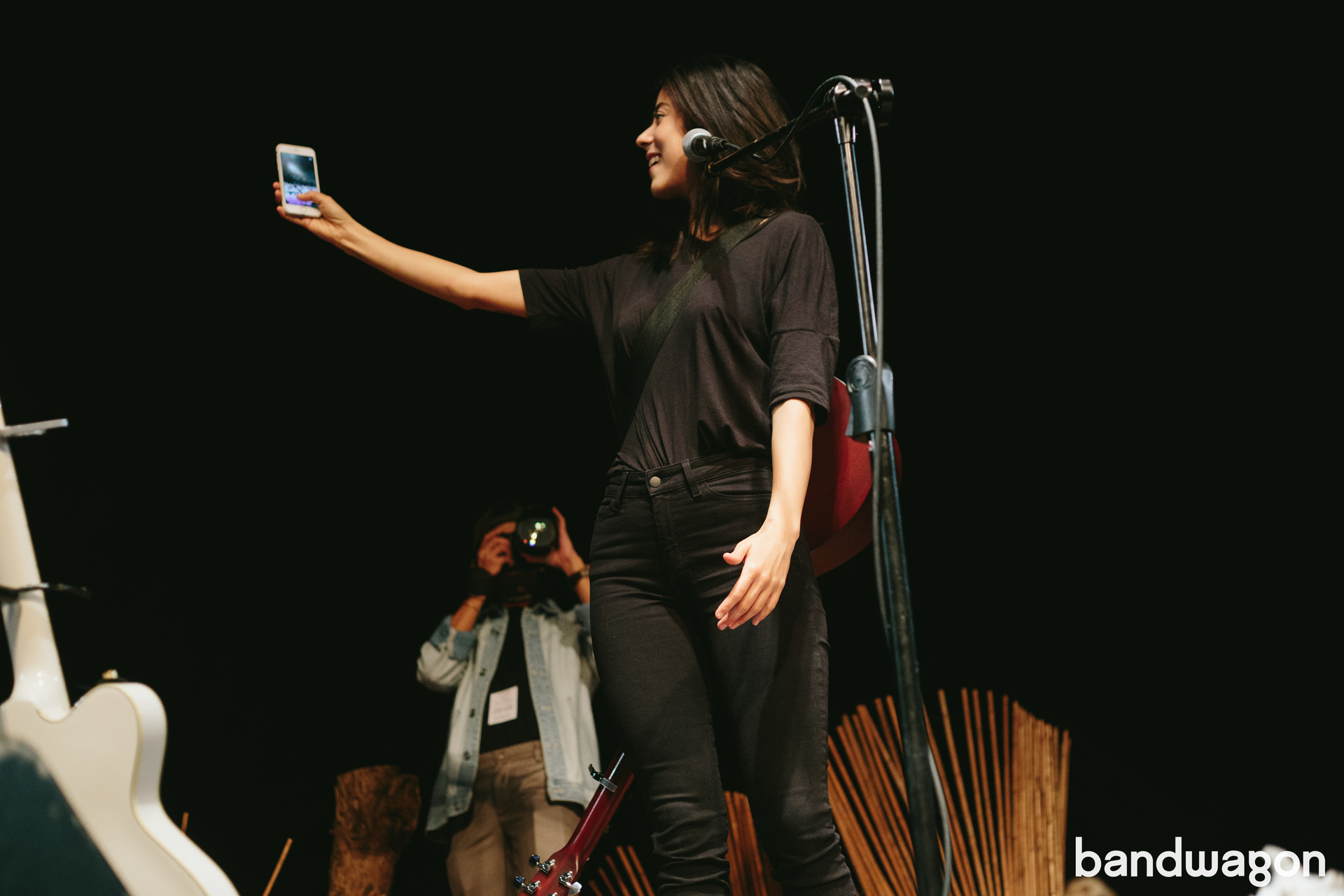 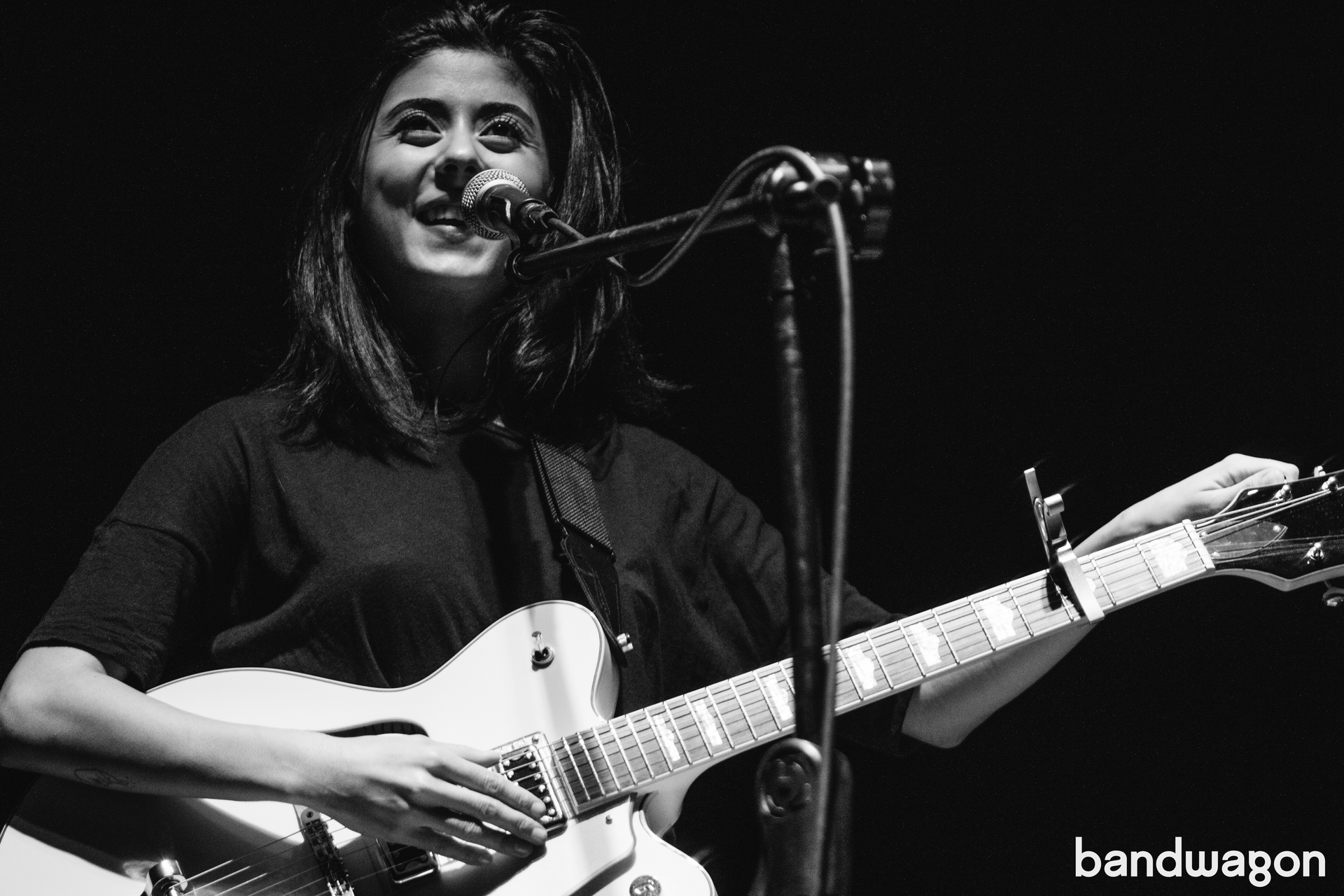 Awe, euphoria, and every angle where “I am so happy” could be said is how fans have exited the concert wearing smiles that would last for a decade. 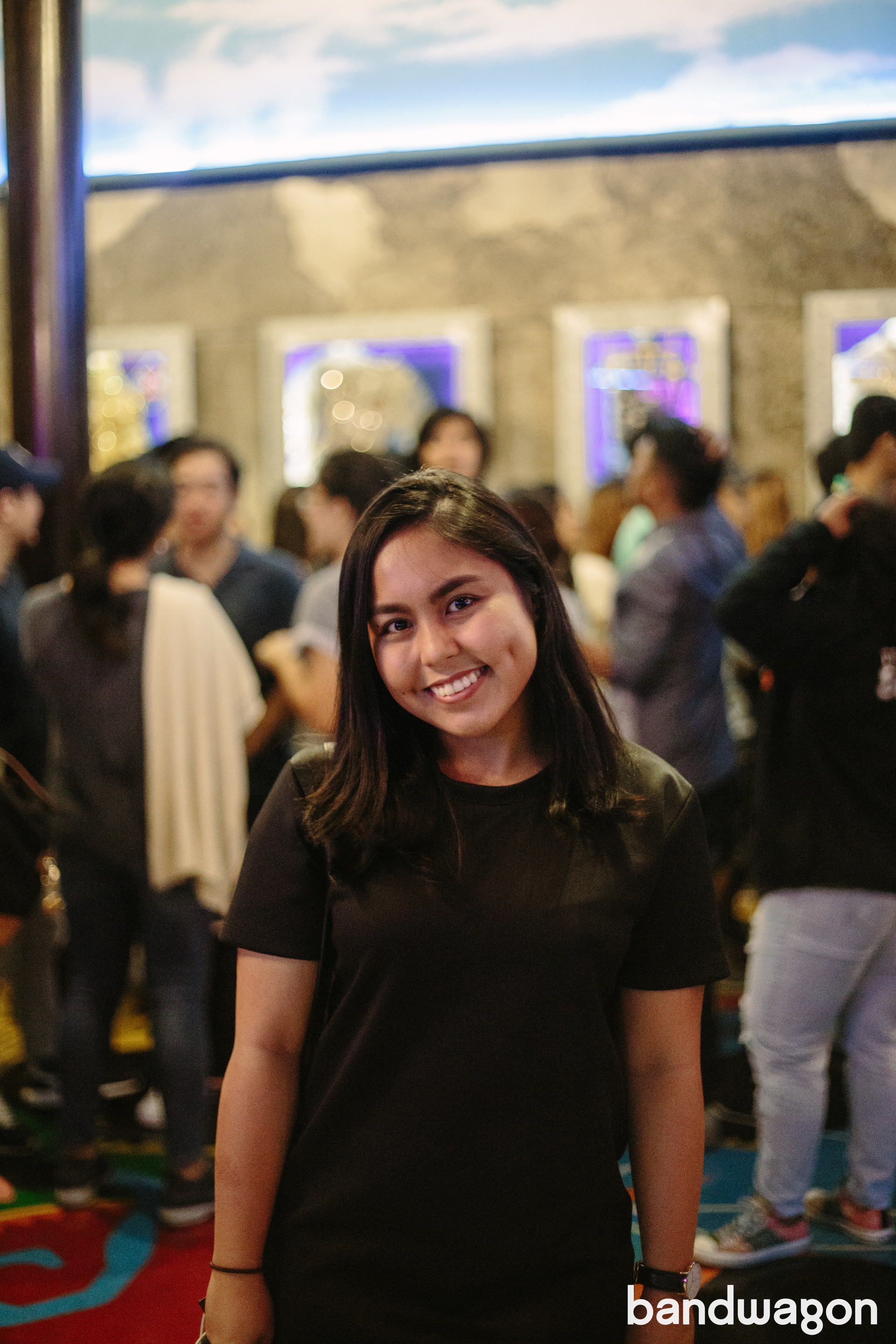 “I love how she sings. It just comes so naturally. Whenever I listen to her, I feel like she sings with passion and emotion and even if it’s just a cover or something I’ve heard of so many times. When [she] sings it, it’s like you know that she’s feeling the song also. She just knows how to connect to other people.  It’s just really amazing to see how she connects to the crowd and at the same time you can see how she’s as an individual as well. You can see that she’s performing and that she loves it because she loves what she’s doing not because she wants to please other people. It’s pure passion.” Tricia Ramos shared how she discovered Daniela Andrade through her friend, Keiko (who was also part of the show), and how splendid it was to watch her live. 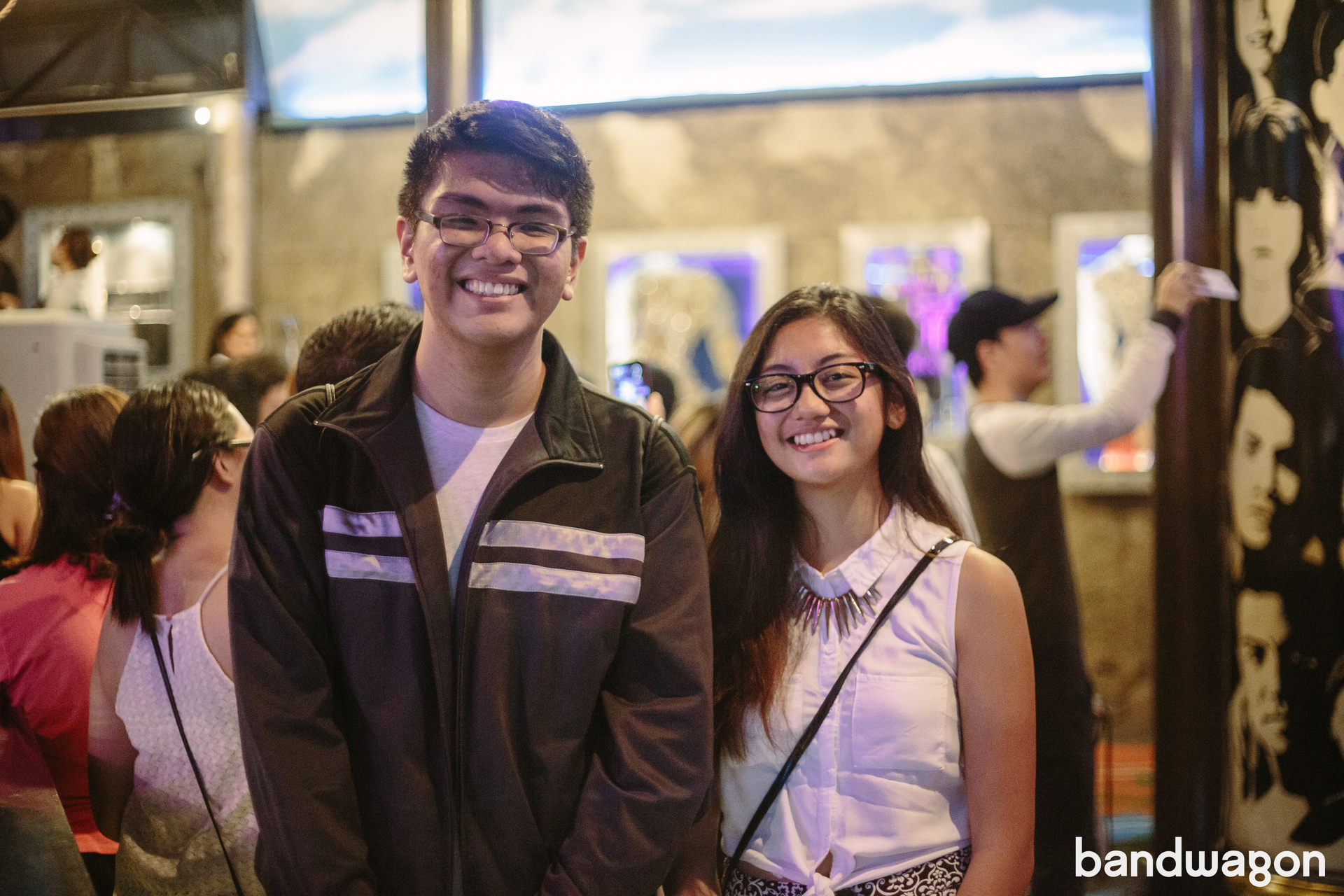 Friends, like CJ and Nina, told how they’re both overwhelmed and speechless for the entire span of Daniela’s show.

CJ: The essence of her voice is really chill, like you could just relax while listening to her.

Nina: Her voice is really distinct. You hear that kind of voice and you know it is Daniela. It’s really smooth. Other than that, it’s really soothing as well. I like that kind of voice. I’m overwhelmed right now ‘cause she’s so cute and she’s so good. The whole time I was like this (jaw-dropped and her hands holding her face). You can ask him.

CJ: Two-thirds of the time she was all like this (jaw-dropped and her hands holding her face) 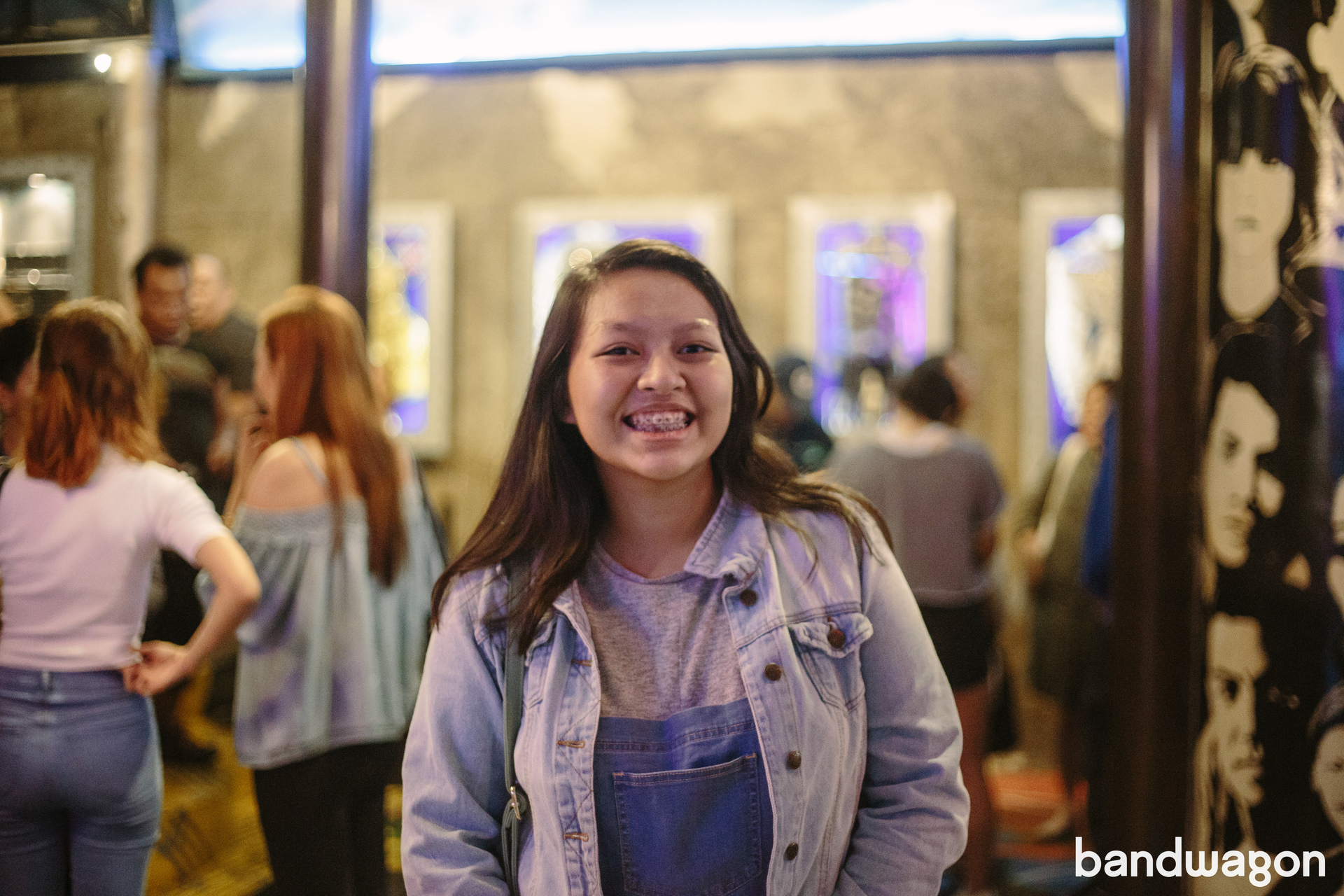 Some fans also brought their family with them. Regardless of whether they’ve converted them into Daniela’s music or had them for company throughout the show, it seems as if they’ve enjoyed it all. We caught up with Phoebe who tagged her aunt along with her.

Phoebe: I also sing in our school, so one friend introduced her to me [saying that] I sound like her --- so he said I could try to sing her covers. The very first song that I sang from her is La Vie En Rose, so it’s my favourite but she didn’t sing it today. Yet, I think she’s very different from other singers because she has her own genre even though she sings covers. Her songs,  especially her new album, [they’re all] very unique. It was really great to see her especially [since I started] seeing her from Youtube, it was very real.

Phoebe’s Aunt: It was an okay show. It was interesting. Haha! 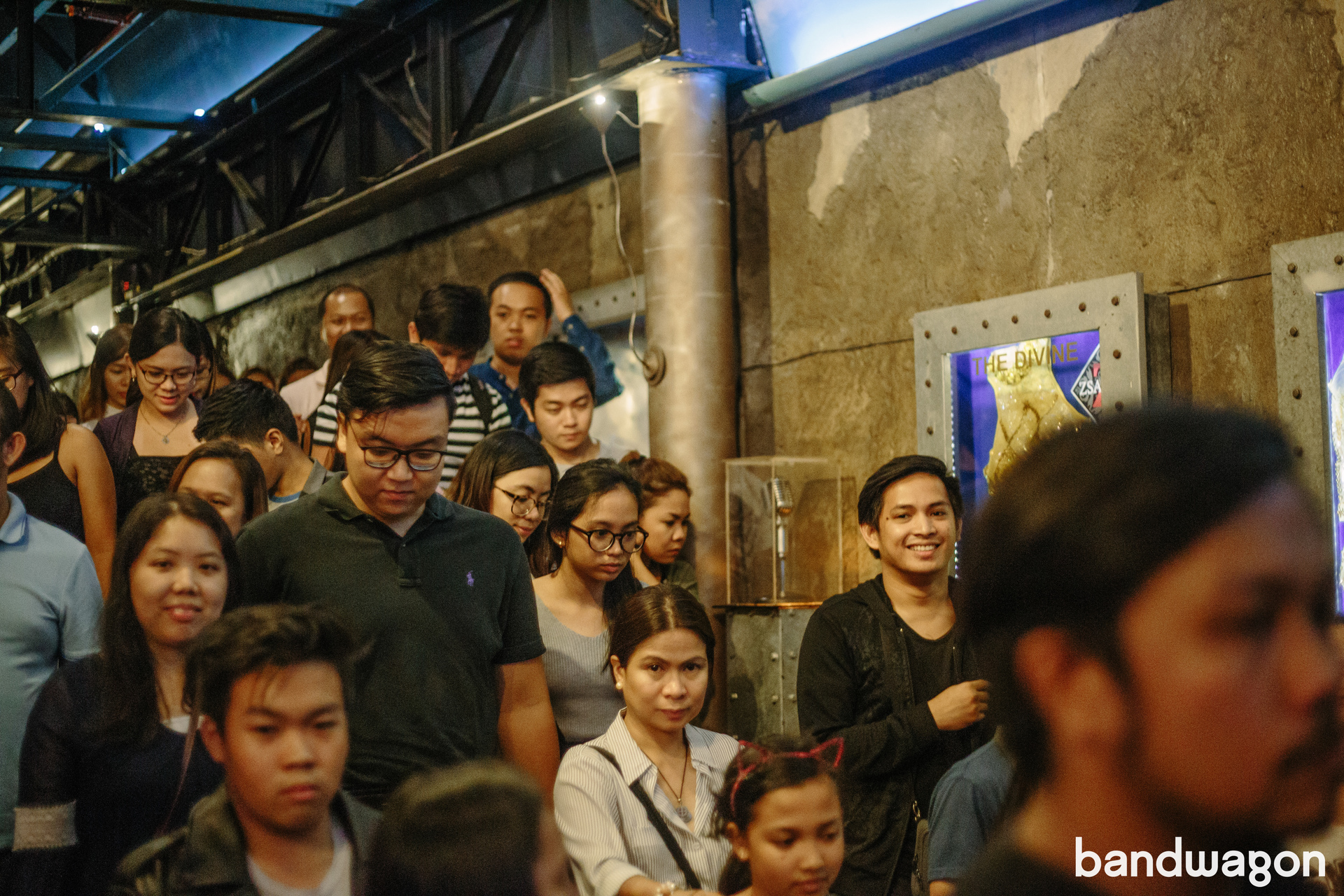 As gracious as the digital age has been, it has always bridged gaps between various communities and creating a Pangaea of people with the same interests with contrasting backgrounds. Daniela Andrade capped her Shore tour with the warmth and bliss of Manila, leaving footsteps on the sand that we hope more doe-eyed travellers would follow. 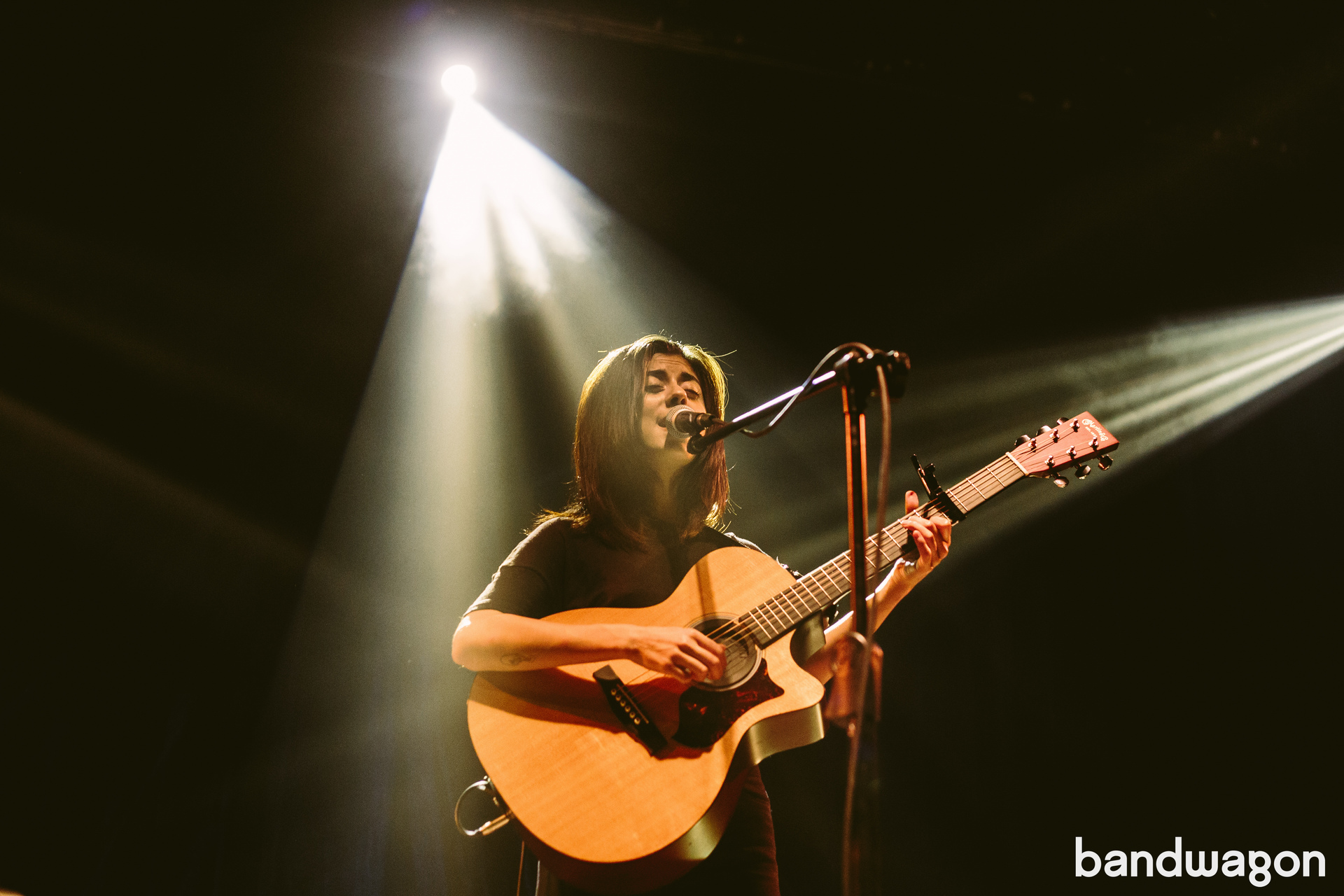 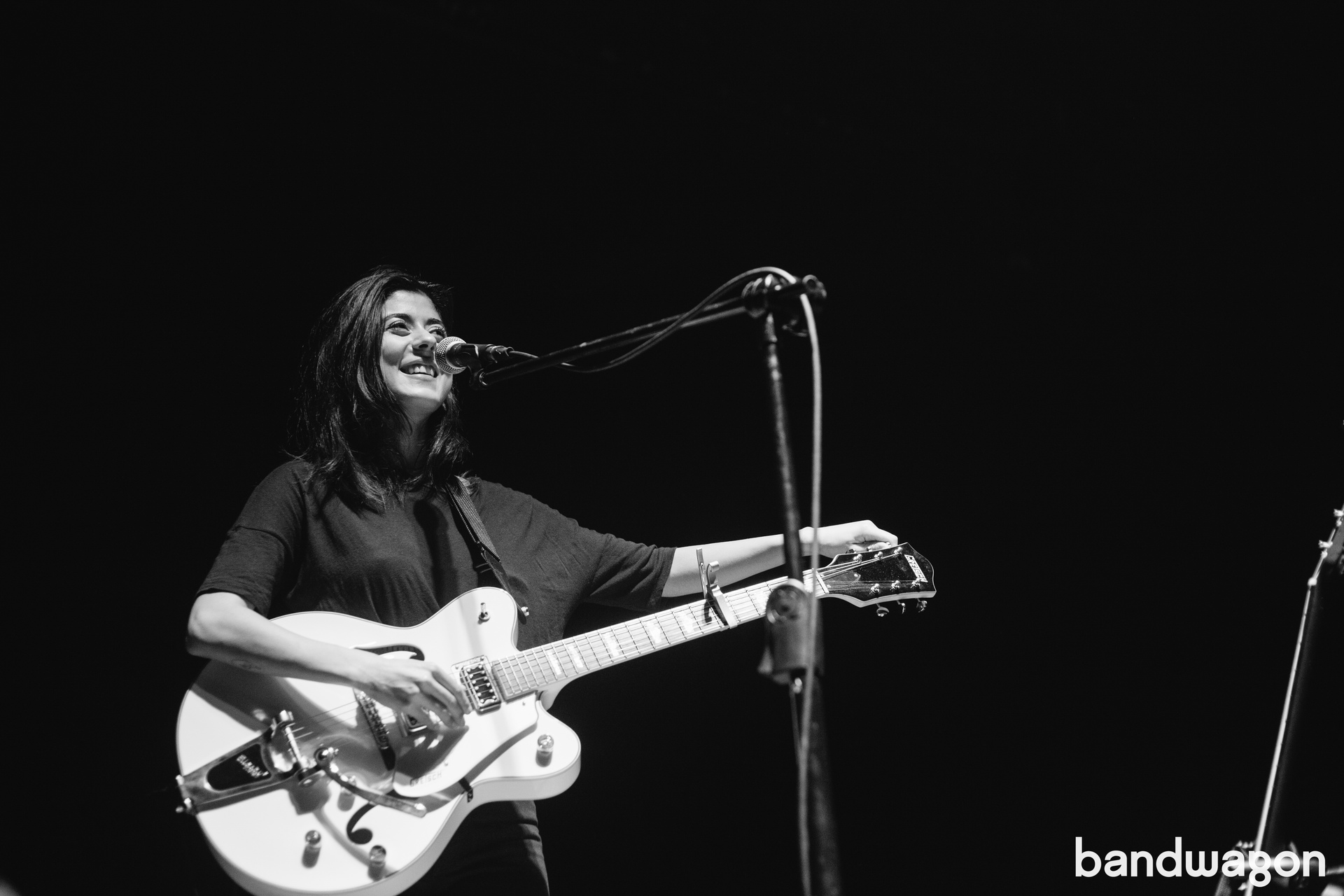 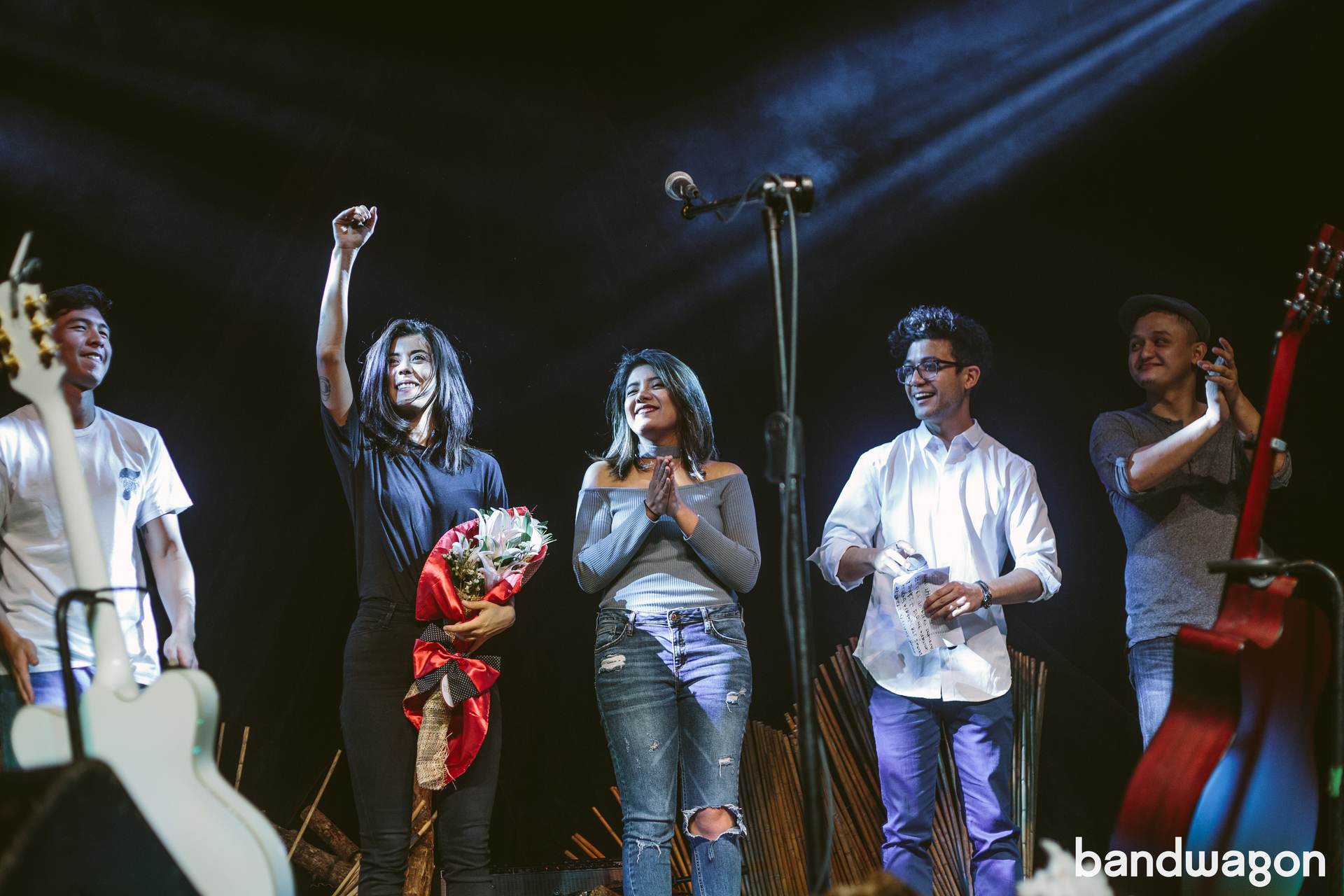 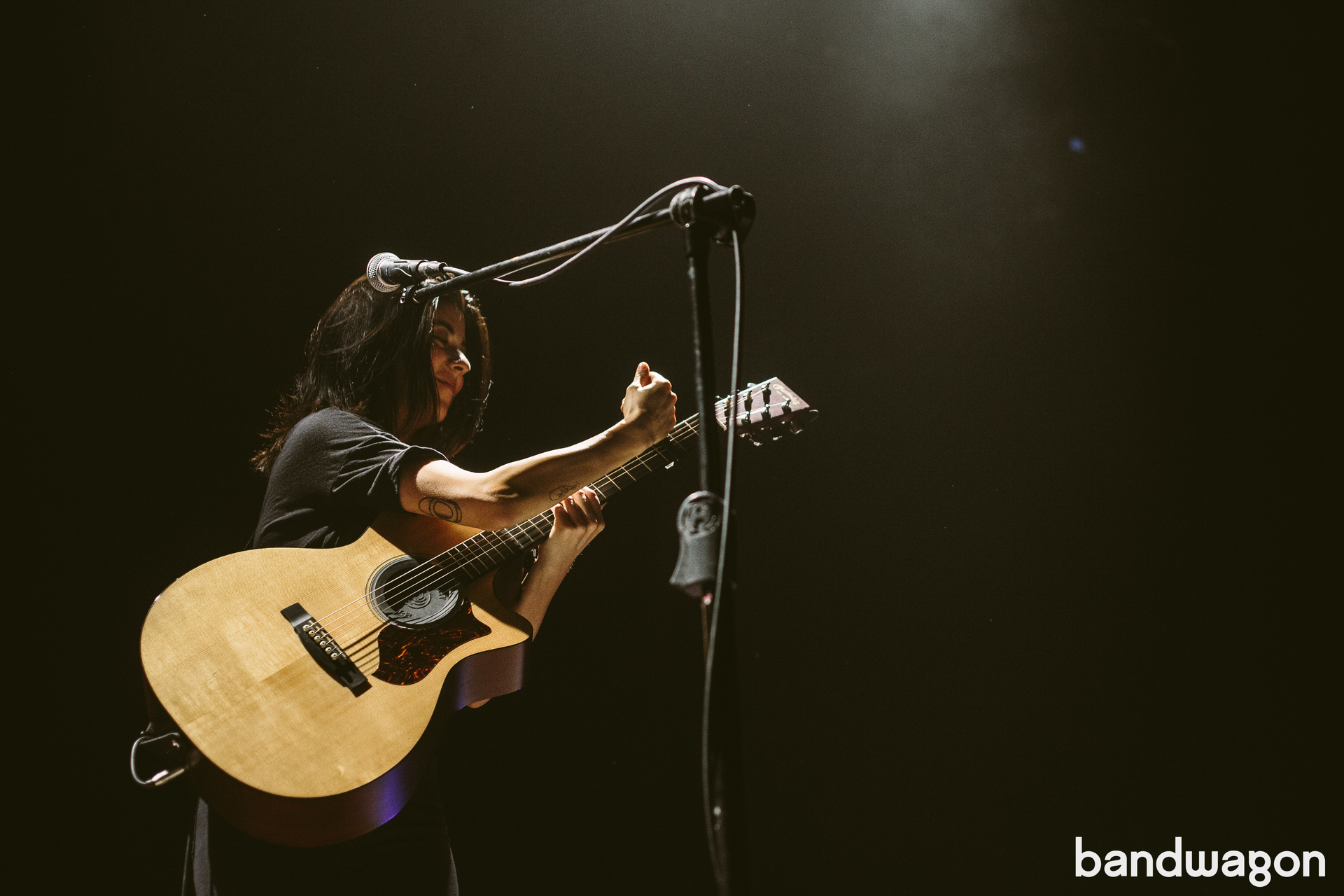 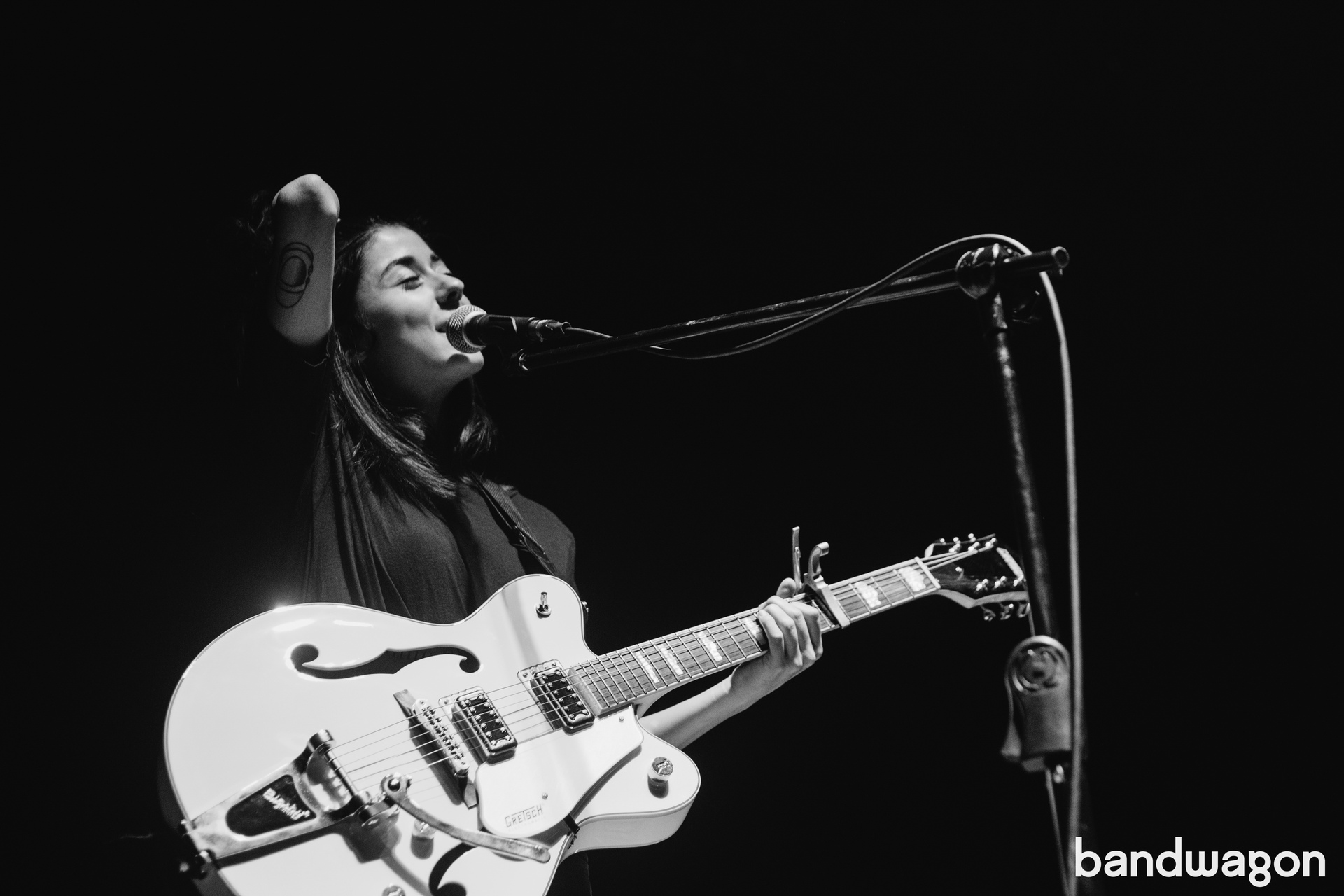 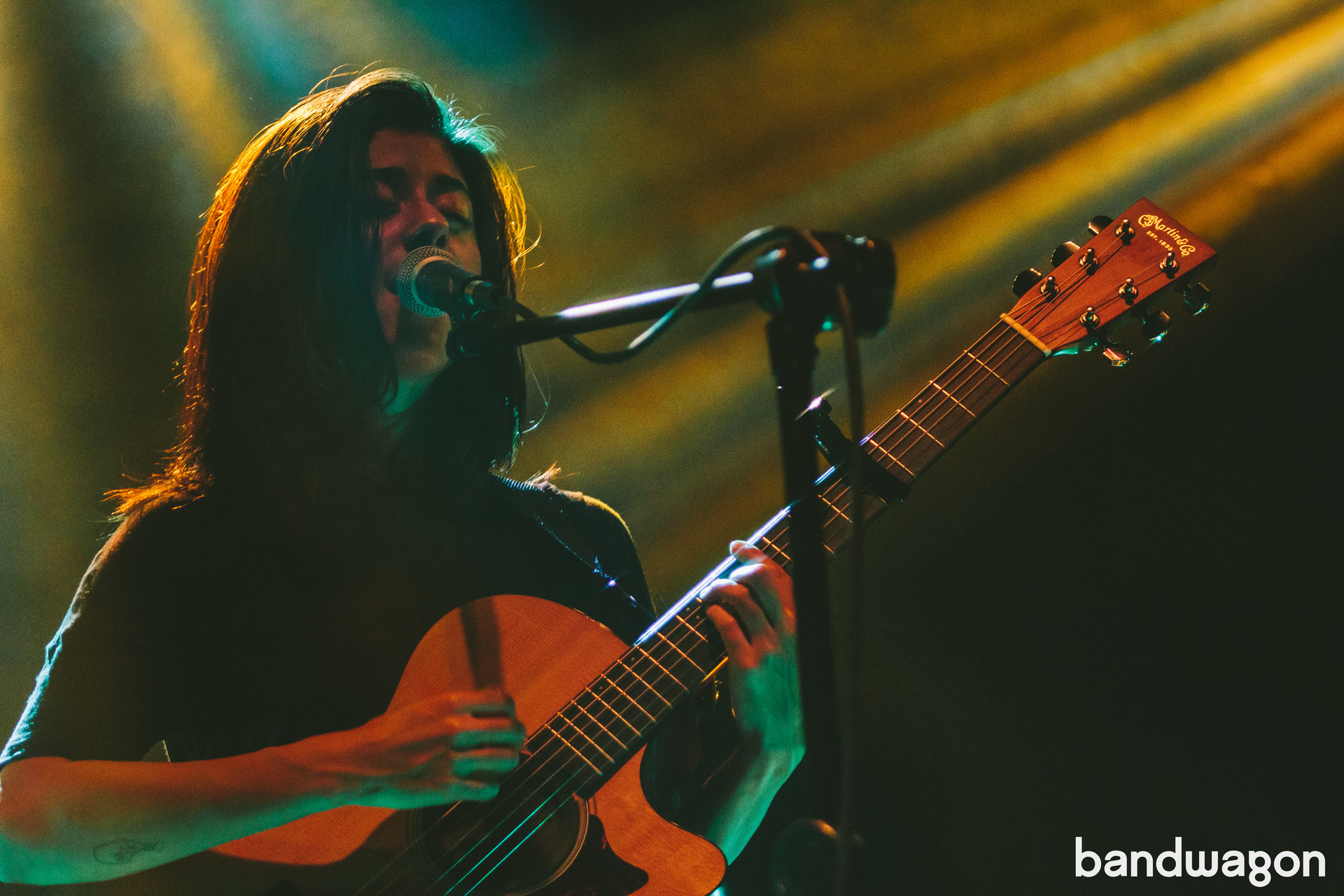 Daniela Andrade Live in Manila was a Stages Sessions production.