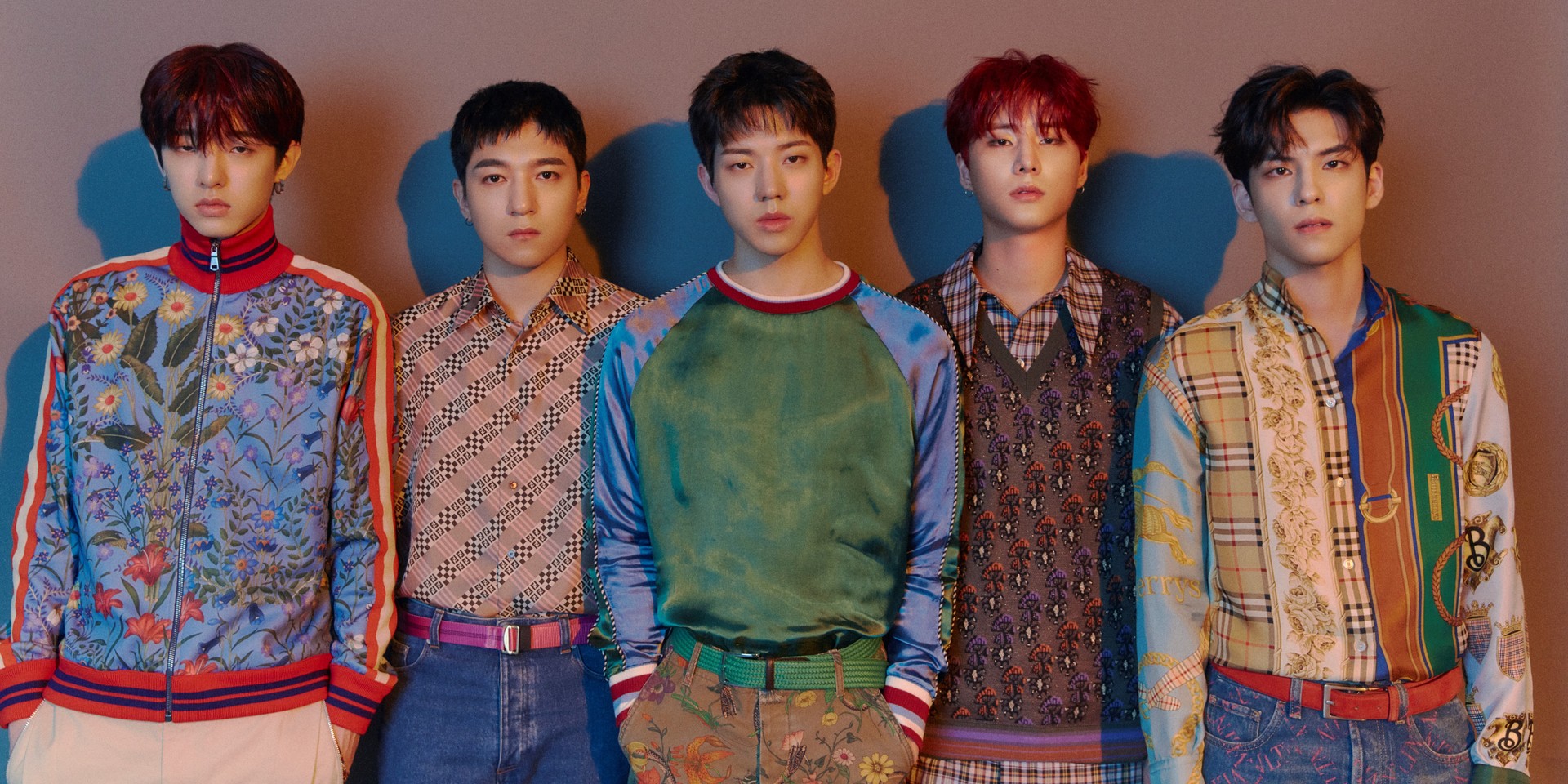 DAY6 is not your regular K-pop band.

Formed by K-pop powerhouse JYP Entertainment in 2014, the South Korean quintet of Jae, Sungjin, Young K, Wonpil, and Dowoon is a band in the classical sense: All the members play instruments.

Since its inception, the band has released three albums, Sunrise, Moonrise and 2018’s Japanese full-length debut Unlock. Throughout its catalog, the band has brought arena-resounding alternative rock into the lexicon of the Hallyu wave. In July this year, the band lifted the veil on its fifth EP/mini album The Book of Us: Gravity to critical and commercial acclaim – it was the biggest debut tally for the week it was released, landing at #9 on Billboard's World Albums Chart. It also debuted on the Heatseakers Albums at #20, which according to Billboard, is “a chart that sees far fewer Korean acts enter”.

Ahead of the Singapore date of its DAY6 WORLD TOUR ‘GRAVITY’ this October, the band chats with us about its special place in the K-pop pantheon.

This is DAY6’s second world tour and the very first time the band is staging a concert in Singapore. How does it feel to be visiting Singapore?

It's our first concert in Singapore, so we are looking forward to performing and hope our show may remain a happy memory for everyone who comes to see us!

What is one thing each member is looking forward to try in Singapore?

We want to try delicious snacks in Singapore!

It’s extremely rare to have a rock band in the K-pop industry. How does it feel to be the only rock band in your company JYP?

There's an energy that only the band can give off on stage, and I’m happy when we successfully deliver our energy to our audiences. I'm proud of us making band music.

How has your music changed since your debut in late 2015?

I think we have more energetic songs. As we continue our tour, I prefer songs that are filled with energy and which the audience can sing easily together!

What keeps your band together?

We're usually teasing each other; however, we always try to understand one another! The most significant reason we keep singing and performing are the My Days.

What is the band looking forward to in 2020?

We don’t know exactly why, but 2020 will be a special year for us! I wonder and am excited about what songs we’re going to make in the future.

What would you like to say to your Singaporean My Days?

We can’t wait to meet you guys! I’m so happy to hold the first concert in Singapore, which I was really looking forward to. Let’s sing and dance together! I hope you all have happy, healthy days until then, and eat well always! See you guys in Singapore! 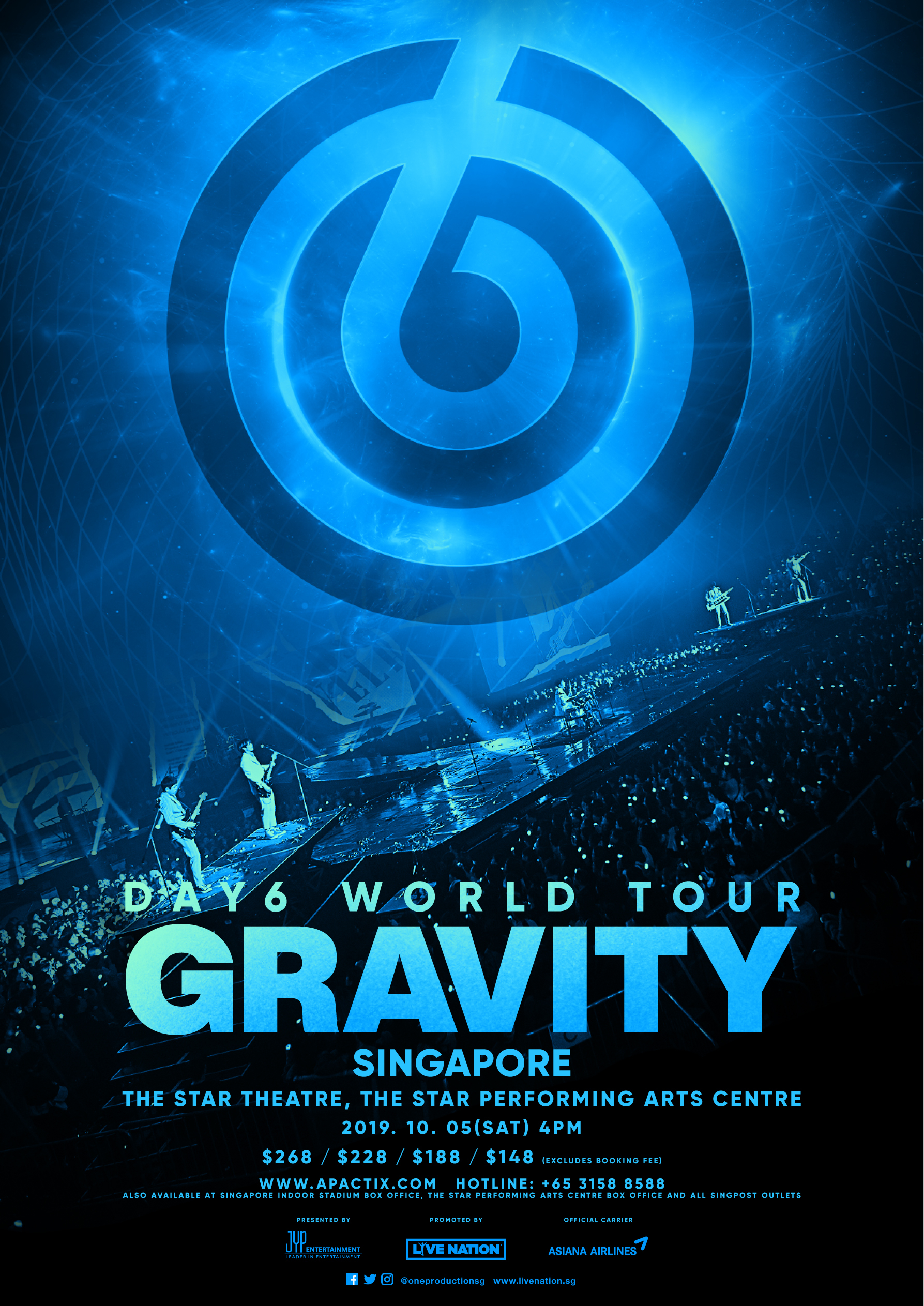 The Singapore leg of DAY6 WORLD TOUR 'GRAVITY’ will be happening on Saturday, 5 October, 4pm, at The Star Theatre, The Star Performing Arts Centre. Tickets priced at $268, $228, $188, $148 (excluding booking fees) will be available via APACTix starting from Sunday, 18 August, 12pm.