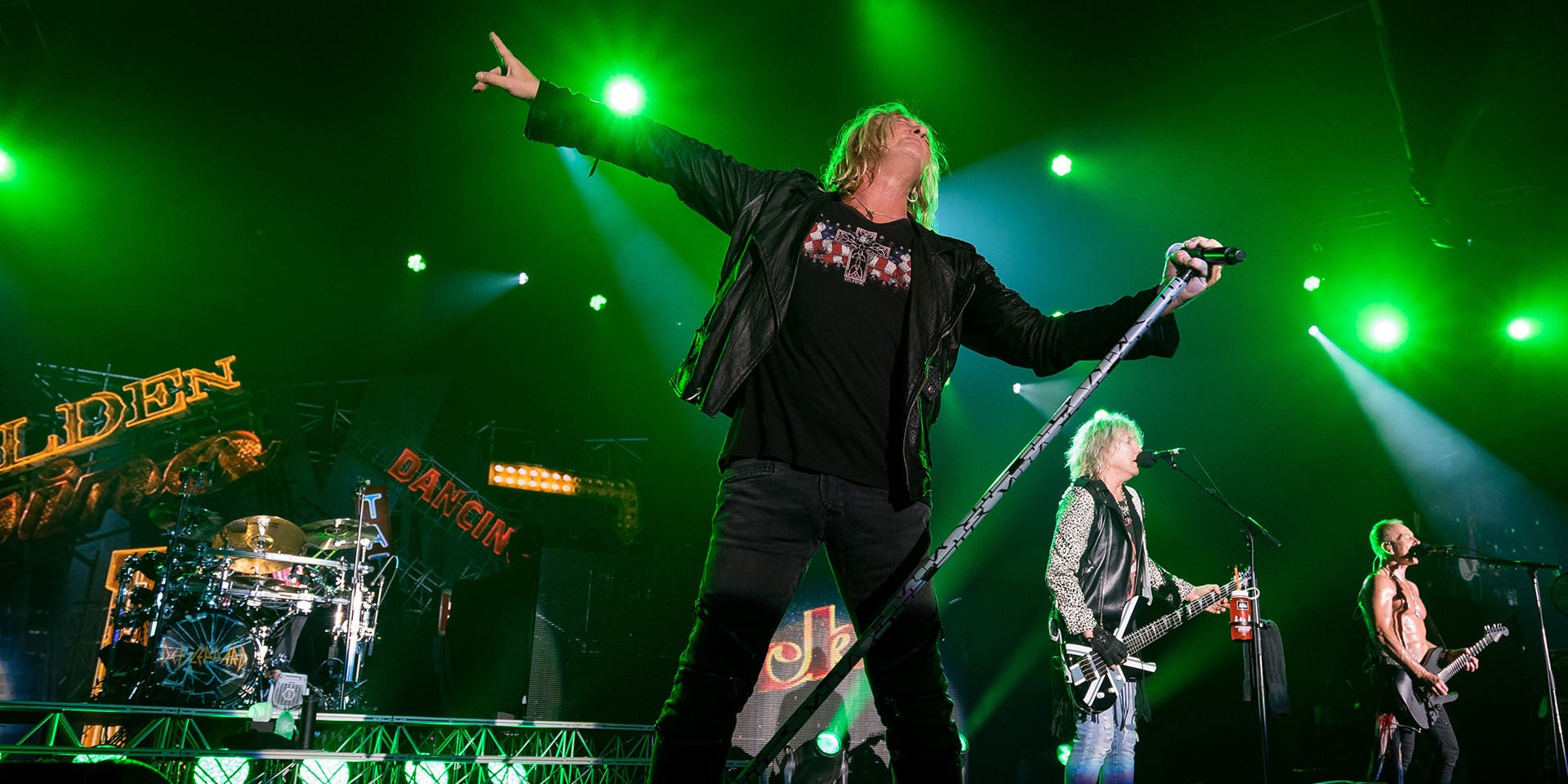 The 80s may seem further away with each passing year, no doubt reinforced by the fact that remnants of 90 culture is considered "vintage" now, but some of the acts that birthed or thrived in that period are still keeping it going. Despite the pitfalls of the post-peak periods that consume the best of artists, a band like Def Leppard raises a big middle finger to that.

Conceived in Britain and still remaining popular around the world, Def Leppard are equally representative of the joys and excesses that make up the pop-culture zeitgeist of the 80s. They're uninhibitedly fun, and their tireless predictability has only gotten themselves etched into the minds of every hard rock fan that populated arenas during that decade.

Their show in Singapore, their second after a glorious live debut in 1996, was a fine example of that, and these fans turned up in droves to show their unending support in a large hall located in Suntec Singapore Convention & Exhibition Centre, culminating in an attendance of 7000 rabid Def Leppard devotees. 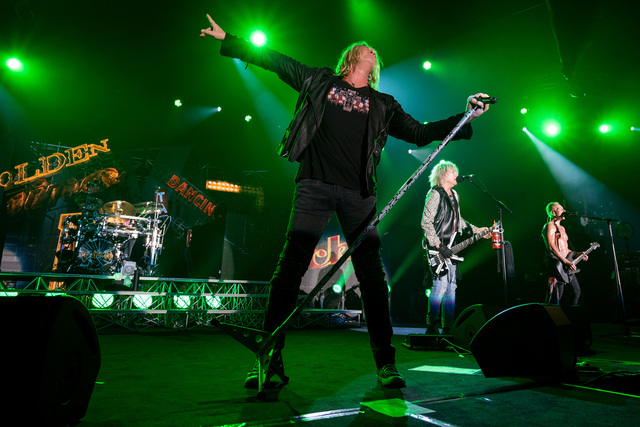 Starting at about half an hour after the initial stated timing of 8pm — a common occurrence at a rock concert, no doubt — the first song of the night was already enough evidence of Def Leppard's unhinged rock'n'roll attitude, refined by decades of touring. They reeked of careful abandon, the kind of attitude you would attribute to a band simply having fun onstage.

They're not bent on taking over the world as they were in the 80s, they're just set on creating the perfect party atmosphere for their fans, many of them who've grown up with the five-piece band. 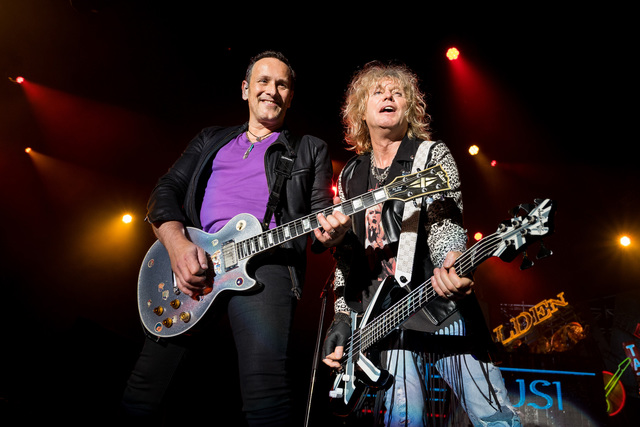 Vocalist Joe Elliott's main asset holds up jaw-droppingly well, able to hit the high notes when necessary, without the need for showboating. The same can't be said for guitarist Phil Collen, who was more than happy to perform most of the show topless, six-pack in tow.

Their drummer Rick Allen also remains as one of rock's biggest success stories, continuing to perform without his left arm for a good 30 years (and counting) and forever an integral element of what makes 80s rock music unique (that cavernous snare!). 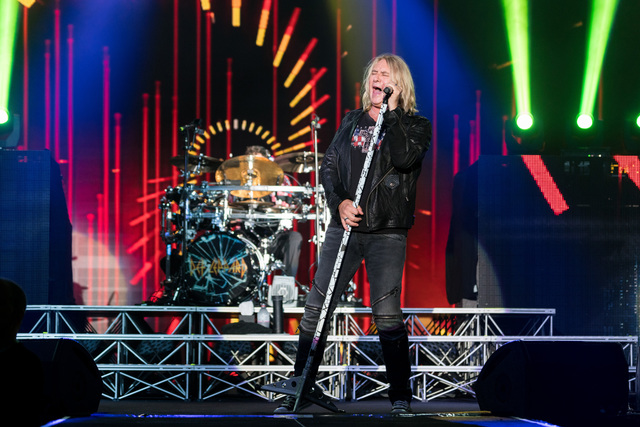 Of course, their most memorable songs were littered throughout the night, with the band unleashing 'Hysteria', 'Let's Get Rocked', 'Animal' and 'Rock of Ages' to deafening cheers. When it came to 'Pour Some Sugar On Me', the Suntec hall turned into one massive karaoke session — without the awkward silence that comes with your friend failing at replicating Elliott's revered falsetto.

Even as the band continues to focus on their biggest hits with every setlist, with a new album also released in October, Def Leppard's spirit remains eternally lit as the life of the party. And with their second show here a raging success with fans, it's not hard to see why. 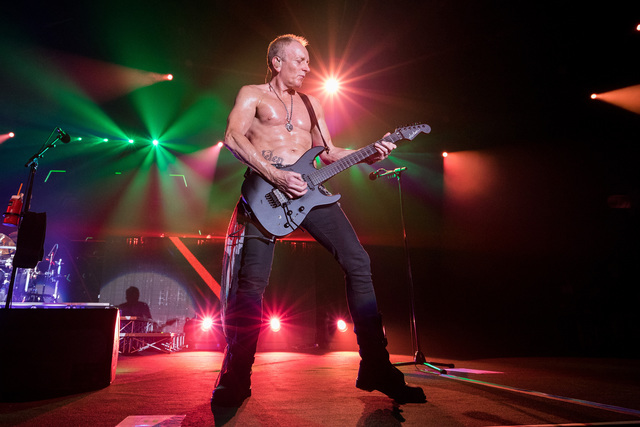 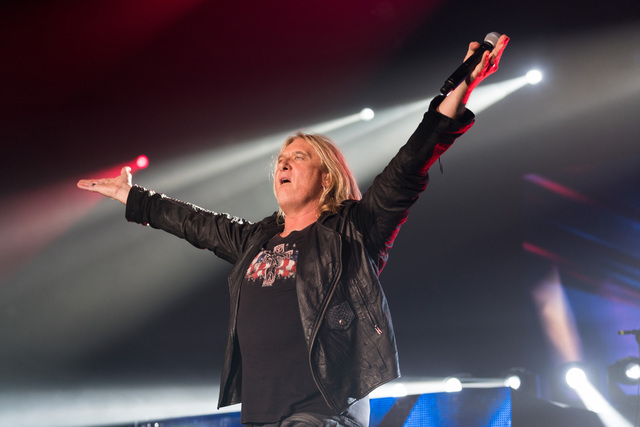 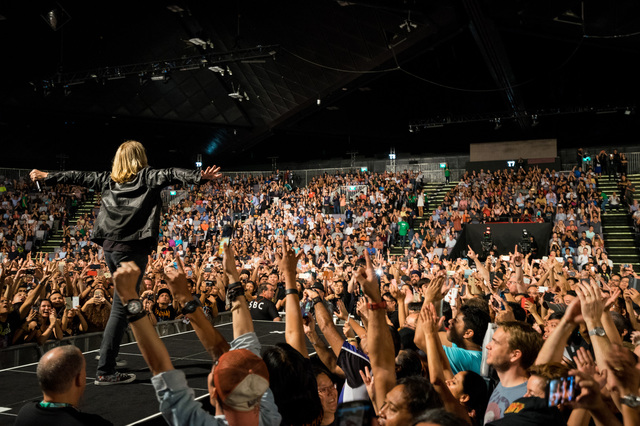 Def Leppard Live in Singapore was organized by LAMC Productions.