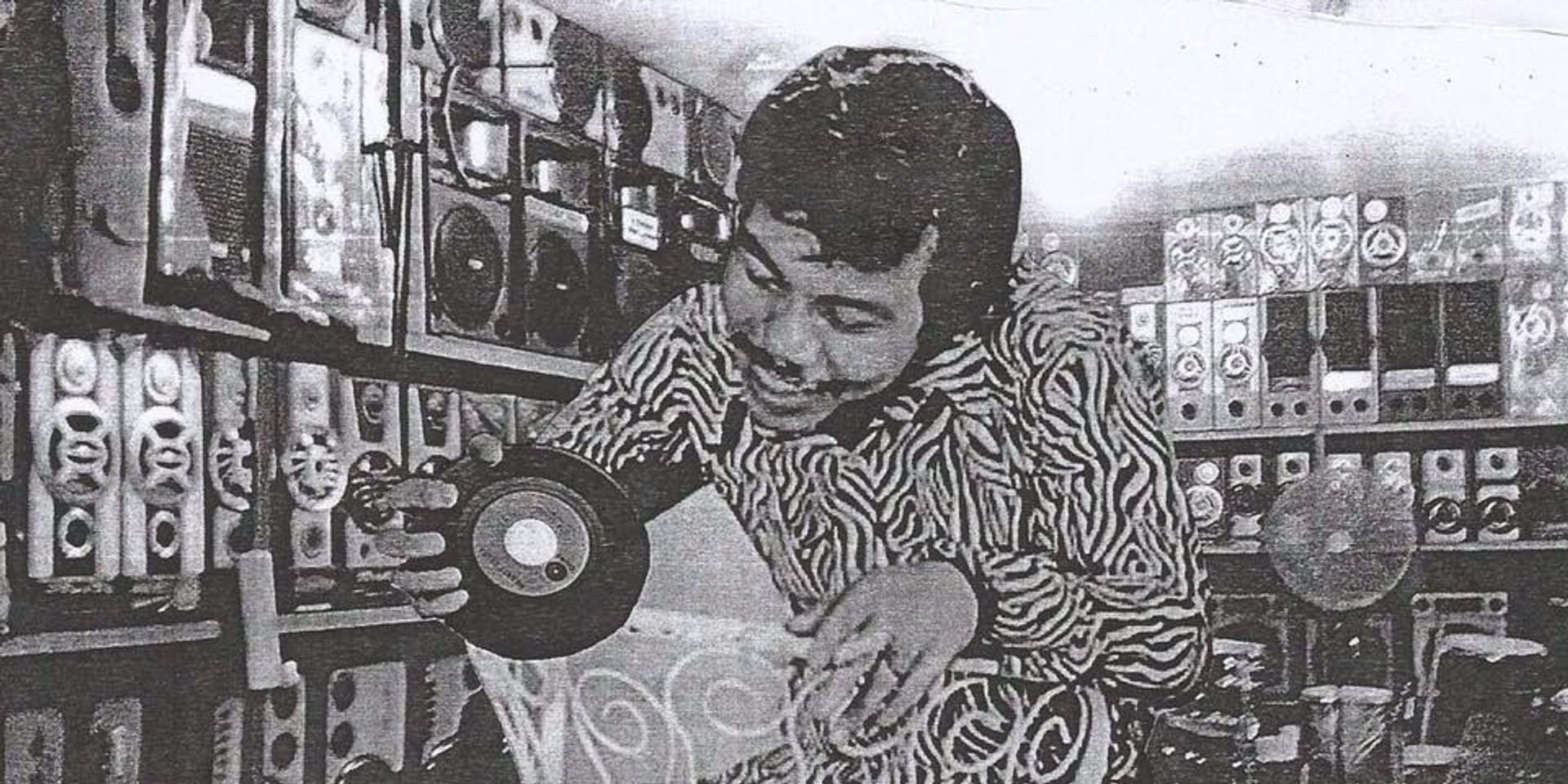 Jakarta’s emerging independent label Pepaya Records and a notable art collective Studiorama are set to launch the compilation album of underground electronic music in conjunction with this year’s Cassette Store Day on October 8. Otherwise known as DDBT, the album will be released in casette format and it comes with a digital download code inside. 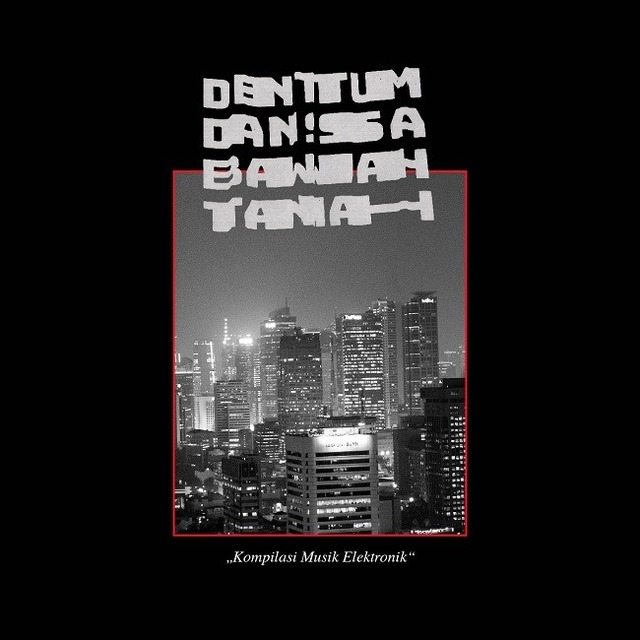 The compilation was Pepaya Records’ direct response to a similarly titled article that was posted on the Jakarta Beat webzine, written by Aldo Ersan Sirait. Arguing that the year 2014 brought a certain kind of fatigue to the Indonesian city-concentrated and youthful concert attendants, the article details their tendency to shift towards electronic music over the more traditional (punk, hardcore, psychedelic, indie) rock shows—sparking curiosity and resurgence to the former. 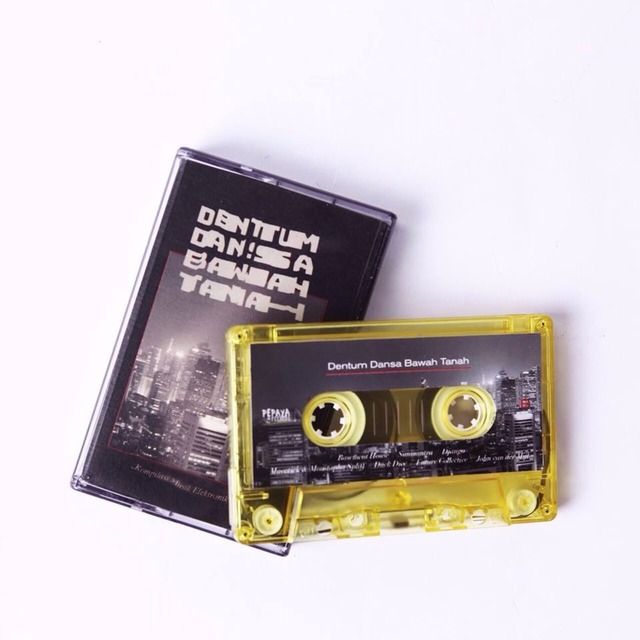 They will also showcase video clips of the featured songs in late 2016, collaborating with other independent minds and talented local directors such as Anggun Priambodo, Edwin (Babibuta Film), Adythia Utama, Yehezkiel Sihombing and Dana Putra (Gundala Pictures), to name a few.

Bandwagon is honored to have listened to the compilation and in the following part; I will preview these songs—ones that may shape the blossoming electronic music scene in days to come:

The song blends Japanese jazz with hip-hop instrumentation, you might hear this song as background music in an elevator inside skyscraper buildings—and that’s a compliment. The producer represents the collectives Trash Tapes & Cul De Sac Collective.

This one starts off urgently with a siren sound that builds up into airy acid house. DJ duo of Robin Rahardian & Ical Tadjoedin, who have been around the dance circuit of Jakarta long enough – from sharing decks with Hed Kandi, Peter Hook, to becoming a part of House Cartel & Enter The Void – must know a thing or two about presenting music in the craziest way possible.

It’s unclear what Django, (Pujangga Rahseta a.k.a RHST) was thinking when he took a Chinese porridge restaurant name for a song title. ‘Kamseng Riddim’ is obviously an homage to Mangga Besar—Jakarta’s unofficial Chinatown. The song definitely captures the rumpled, people-parking-on-the-pavement feel of the area. He represents DEAD Records & The CRU.

'Badai Tropis' by Harvy A.

Double Deer founder Harvy Abdurachman made the song ‘Badai Tropis’, a 7-minute tour-de-force that sounds like a spacey disco adventure that’s pretty much set in the present time. The arrangement has the playfulness like that of those Parisian chaps who have never taken their helmets off and the eerily soothing feeling of a trip inside the wilderness of a rainforest.

Android 18 (Andra Geraldy Yoseph) made a song specifically for your beach vacations. With the bustling Jakarta in mind, ‘Aquatique’ frees itself from its toxic, high-wired air.

Gonzo M. Fahri started Duck Dive as a solo ambient act. With an affinity for music that reflects the atmosphere of bright, crisp summer (the cresting of waves, sunlight in palm trees, you get it), he’ll release the experimental and shape-shifting ‘Mahe’, which is an opportunity for Duck Dive to dive into balearic music.

'Mind Over Matter' by Swarsaktya

The disorganized condition of Jakarta inspires Swarsaktya to produce the techno track ‘Mind Over Matter’. Starting off somberly, the song then builds into a hypnotic, repetitive groove that resembles Detroit or fictional city from cyberpunk films like Blade Runner or Liquid Sky. Swarsaktya continues to hone his musical prowess through activities with MassiveWhat, Akamady Records,, and a DJ-stint for the Safehouse. In addition to that, he’s also a member of Freedom Of Choice and Voyagers of Icarie.

Future Collective (Tida Wilson and Sawi Lieu) are something else. Their debut album #1: Ensemble Instrumental de Musique Contemporaine—commonly described as instrumental space-pop— was Rolling Stone Indonesia magazine’s 2nd best Indonesian album of 2014. They adapted 1960s futuristic electronica and krautrock, a formula eclectic enough to ensure them a healthy fanbase. Speaking of their contribution, salsa may be the type of dance that best describes the irony of 'Vista Panoramica', which came a rudimentary, gritty image of modern New York City. Sounds like a meditative, tranquilizing party to me.

Reinhold Makasutji, better known as REI is the man behind Goodnws. He has been a purveyor of soul music ever since he returned to Jakarta in 2006 after a long-stint as a DJ in Seattle. His contribution, 'Evening Mood (Dub)', has a cool groove in it, a wonderful sound design that adapts the style of hip-hop sampling in a rhythmic hip-shakin’ deep house.

John van der Mijl is a skateboarder, graphic designer, DJ & a versatile producer who’s also known by his other moniker Digital Ivy. He is widely known for his sincere love of liquid, dark step and other iterations of drum & bass. Featured in the record is 'Final Stop (Jakarta Kota)', an honest expression of living in the capital city. With subtle progression, this tune has a UK bass/future garage atmosphere packed with percussive rimshots & hints of R&B/UKG vocal sample cuts. Watch out for the transcendental ride from the bridge to the outro!

Sattle (Satria Adiyasa Anggapradja) operates in various scenes. Javabass Soundsystem is his home. FunkBox Records is his playground. Push/Pull is his favorite place to hang out. He participated for this compilation with an electronic composition that was made with an ear for analog music, titled 'All Around'. The song has a relaxing vibe of the everyday life, yet is also rich in energy because of the producer’s bustling, intricate milieu. This one is the kind of track that gets you dancing as if nothing’s wrong.

Sunmantra is an art project consisting of Jonathan Pardede & Bernardus Fritz. With their left-field music, they have been an active part of the Jakarta’s independent music scene for quite some time now. Originally coming from the rock group Black Mustangs, they became Sunmantra that now regularly perform a live act or DJ set. Their featured track, 'Silver Ray' was released by Sinjitos Records in 2015 on digital format. The only one with vocals on it, this track captures the nuance of contemporary electro music that is influenced by gloomy darkwave music.

'Rotasi' was the first ever production of Baldi Calvianca, putting that classic boogie sensibility in confident and energetic synth fill-ins with cheeky bassline—creating a unique formula of this nu-disco track. Previously before getting into producing, Baldi had tons of experience across various scenes through his indie rock band Strange Fruit and as a DJ with interesting achievements such as warming up for Bell Towers.

Watch the teaser for Dentum Dansa Bawah Tanah below: