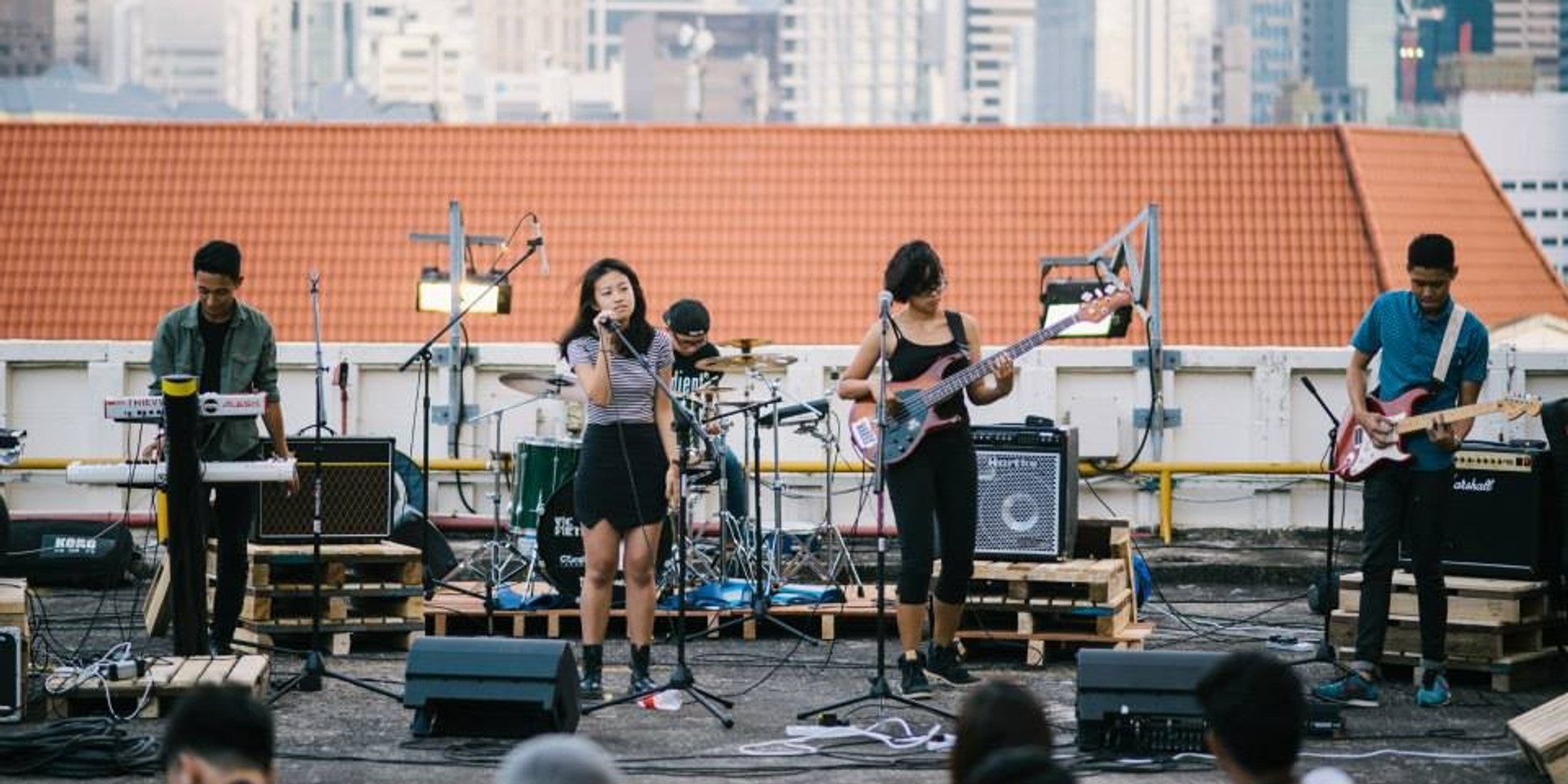 Riding high off the success of their infectious new single 'Gotta Find You', (watch their music video here) Singaporean electronic indie-pop band Disco Hue are finally set to release their self-titled debut EP this May.

Made up of Zie (on synths), Sherlyn (on vocals), Rush (on guitars) and Billy (on drums), this fresh-faced outfit have actually been impressing the local scene for some time already, spotlighted by winsome gigs at festivals such as Getai Electronica and 100 + 50 Bands. And having played a big part in some of the most fun local events in recent memory, it's only fitting that the band will be throwing a grand party of their own to welcome their freshman record into the world.

Dead Disco: A Disco Hue EP Launch will be headlined by themselves (obviously), but the event will also be supported by respected names such as prolific beatsmith Fzpz (of Phyla and Darker Than Wax), dreamy ZOOM LENS singer-producer Yeule (look out for her own EP coming next month), surging pop-rock band The Summer State and vibrant three-piece indie-rockers The Neptune Waves. Looks like they've put together quite the exuberant line-up for this special occasion!

Early bird tickets and standard tickets can be purchased via Peatix and are only $8 and $12 respectively, but even if you do procrastinate, door prices are still fairly affordable at $18.