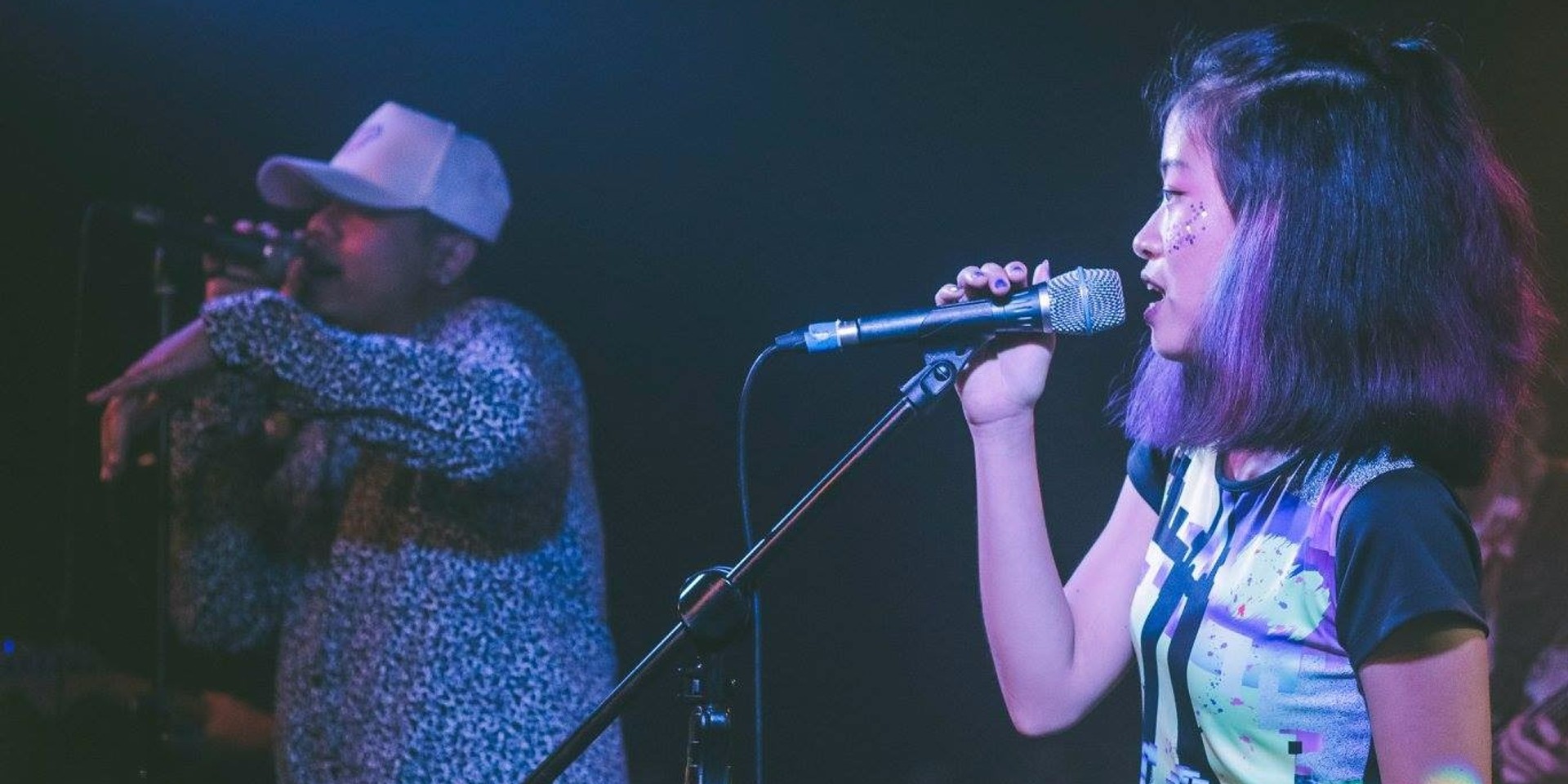 Indie synth-pop band Disco Hue and underground Singaporean rapper Akeem Jahat may seem like an odd pairing - but judging by their past work together, these two acts from totally disparate musical spectrums possess some serious chemistry.

This time though, they aren't just sessioning or performing each other's material. Disco Hue actually has a brand new song featuring the celebrated Woodlands MC - and the collaboration is as brilliant as expected!

Entitled 'Plastic Hearts', the track is signature Disco Hue - bright, earnest and undeniably catchy. That is until the song takes takes a chopped and screwed detour to make way for Akeem's surprise verse.

Rapping entirely in English (which is rare), Akeem fits in beautifully here, taking command before the song picks up once again for it's sprightly finish.

Listen to 'Plastic Hearts' below.