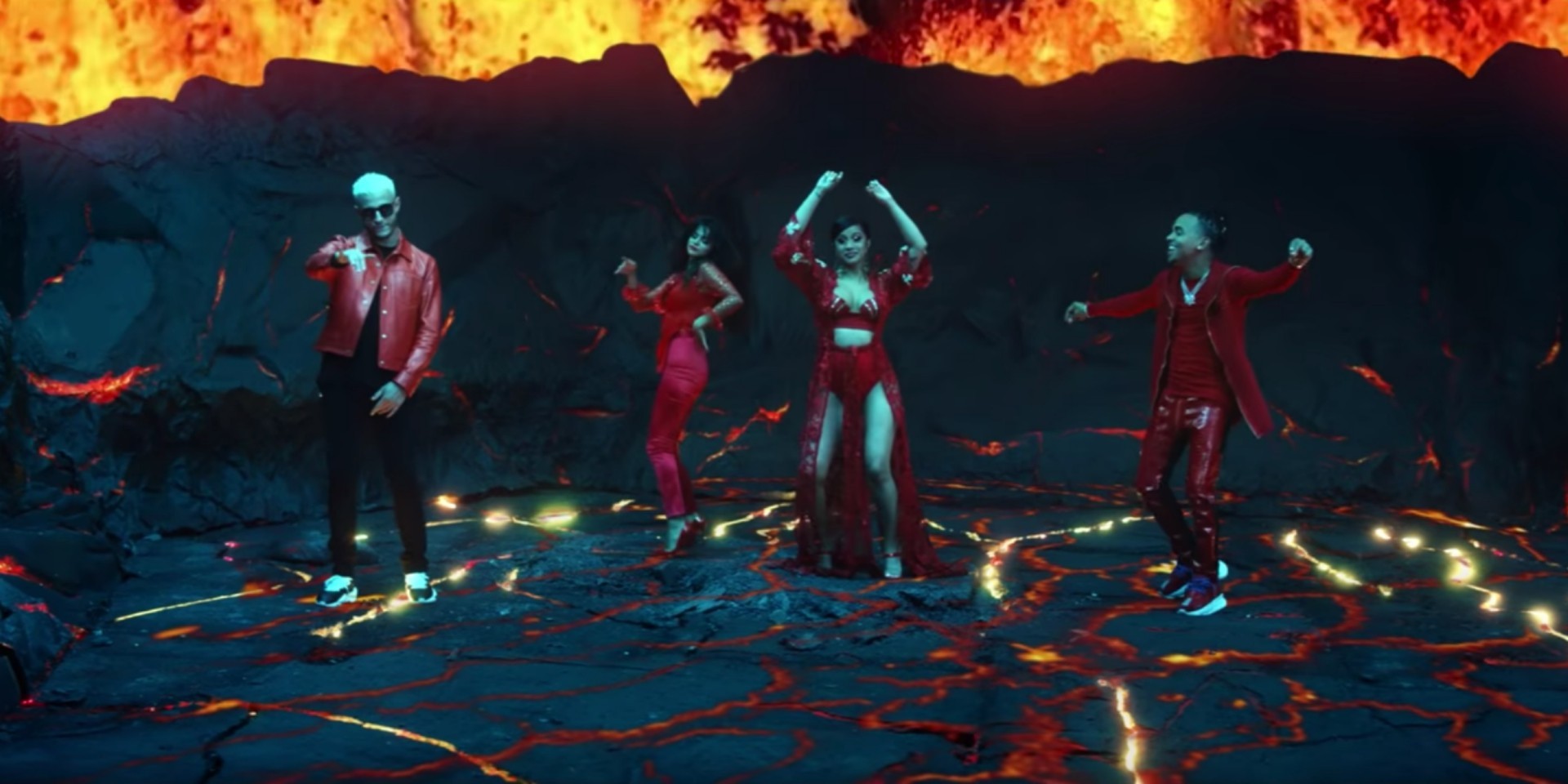 DJ Snake has followed up on his recent superlatively glorious reggaeton banger 'Taki Taki feat. Cardi B, Selena Gomez and Ozuna', with a befittingly stunning music video. The video, which released earlier today, features DJ Snake and the musical guests he enlisted for the song, dancing, cavorting and vibing out in highly arresting fashion.

Colin Tilley who directed Kendrick Lamar's 'Alright' and DJ Khaled's 'Wild Thoughts' videos, helms this piece. His approach here demonstrates his awareness of the star power attached to the project and frame by frame and shot after shot, he visually affirms what makes each star dashing/sassy/sexy/swaggy with a jaw-dropping measure of detail.

The Latin trap icon Ozuna being enmeshed in a writhing bundle of female bodies is as emphatic as Cardi B's best MV-coronation as Queen of our earthly domain and Selena Gomez shooting coy glances at the camera in her woodland kingdom, to which the original setting of a volcano transitions. Yes, the setting of the video changes with each verse sung by the three voices. We're taken from the base of a raging volcano, to a wintry plane where a Range Rover is unironically parked, to a sensual, fiery, primal diorama and to a gorgeous forest, before arriving back where we started.

This is, by a long mile, one of the best music videos of the year.