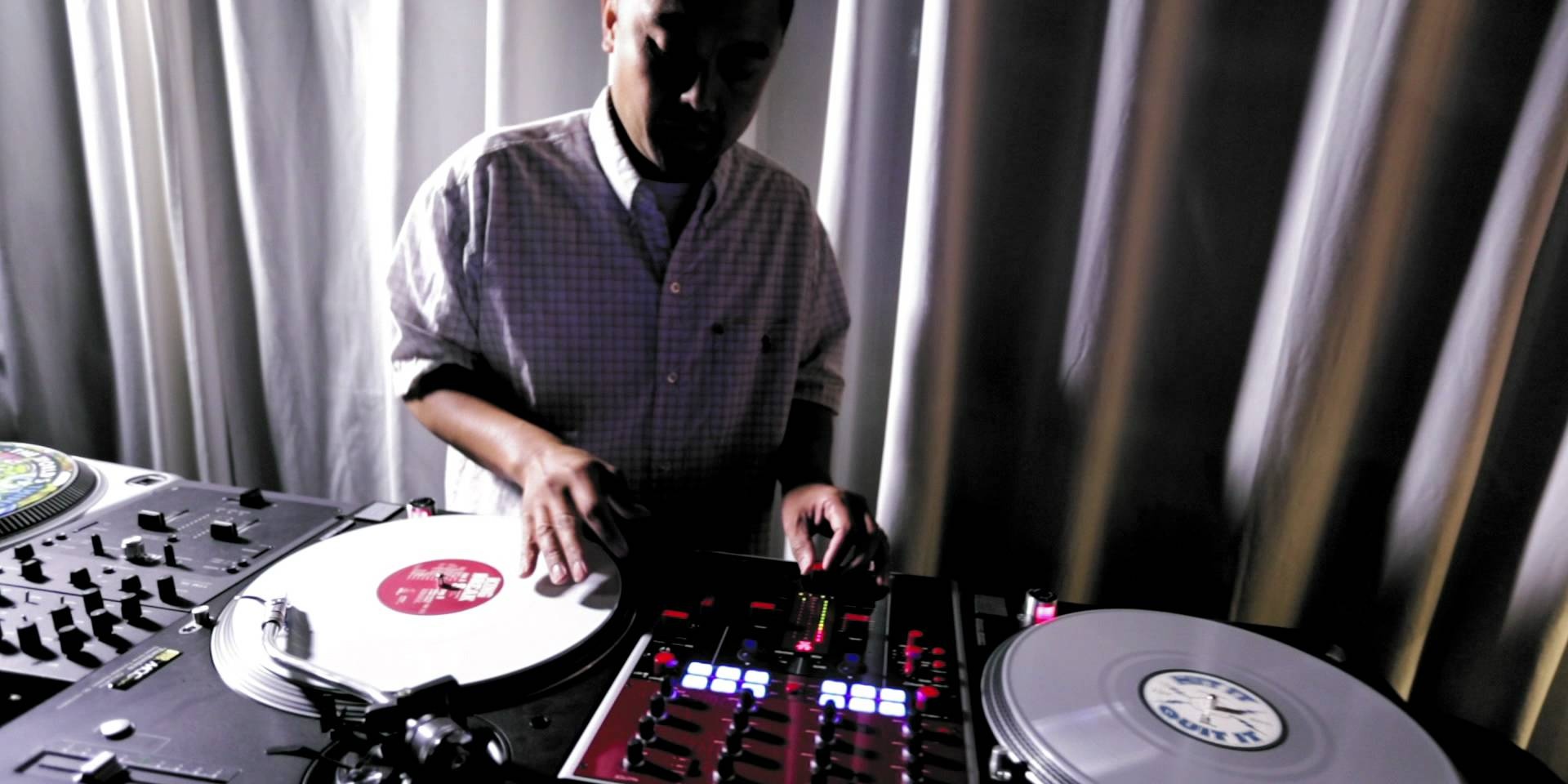 Even if you're able to acquire djay or any other mass-market DJ application, it's the hardware that lends heavily to the craft's appeal.

Of course, choosing the right set of equipment is incredibly daunting — we've attempted to make it easier, with the help of some professionals in the field. From Low End Theory legend D-Styles to Singapore's ambient beatmaker Intriguant, they all chime in on what works best for beginners — from specific equipment advice to prime craft tips. 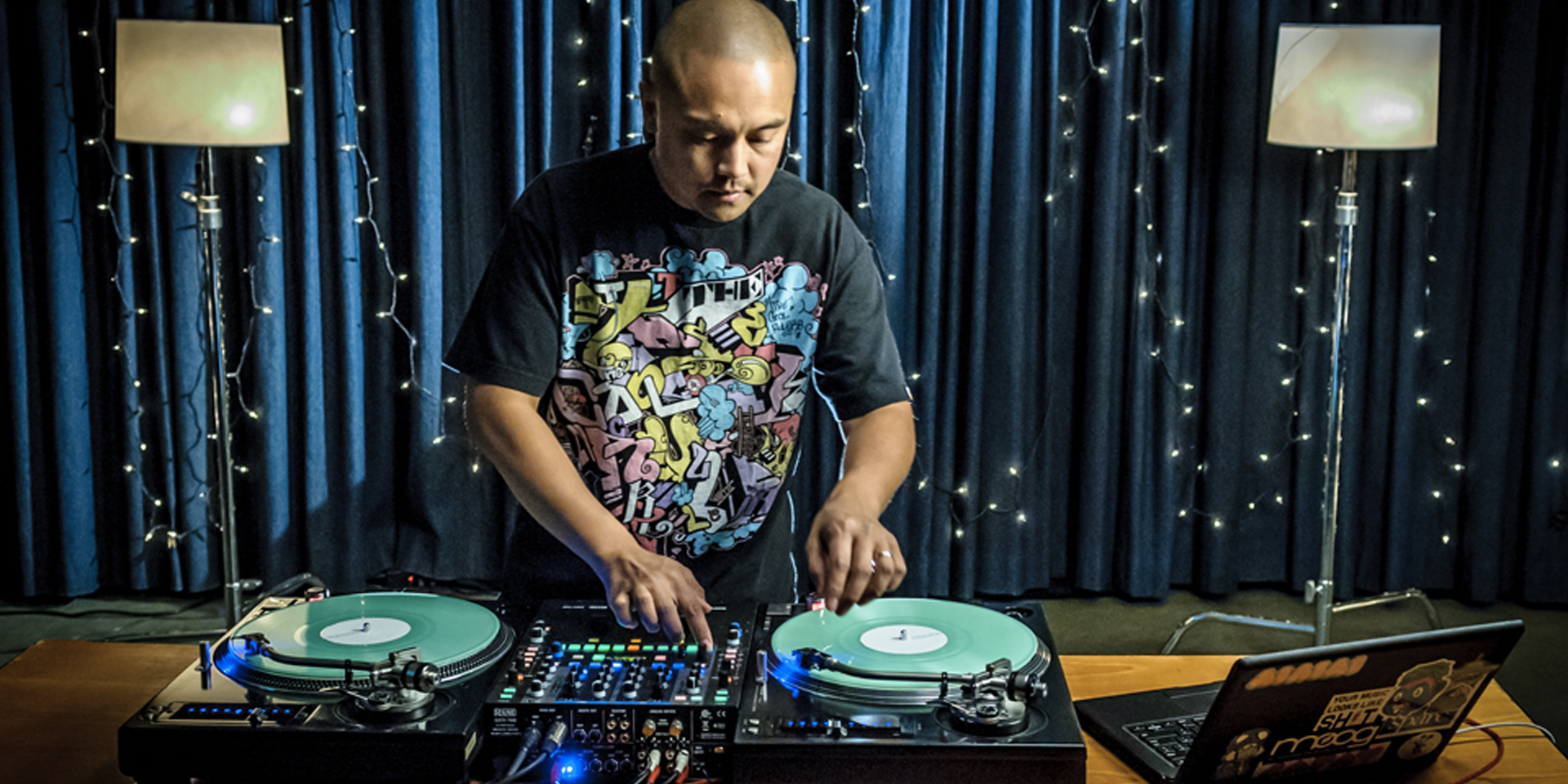 The legendary hip-hop DJ has been a member of Invisibl Skratch Piklz, Beat Junkies, Third Sight and is currently a resident at Low End Theory, the weekly club night in Los Angeles that features the best in beat-making.

D-Styles will be performing in Singapore alongside Low End Theory founder Daddy Kev for a night at Canvas Singapore on September 9th.

If you are starting out and want to get serious with the traditional DJ set up of two turntables & a mixer, there is a company from Italy called Mixar.

They make the duo mixer which is great because it is under USD$1000 and has Serato built in already as well. Mixar also makes your standard turntables similar to the discontinued Technics 1200.

Both the mixer and turntables are great if you want to learn to mix in a club environment or be a scratch dj/turntablist." 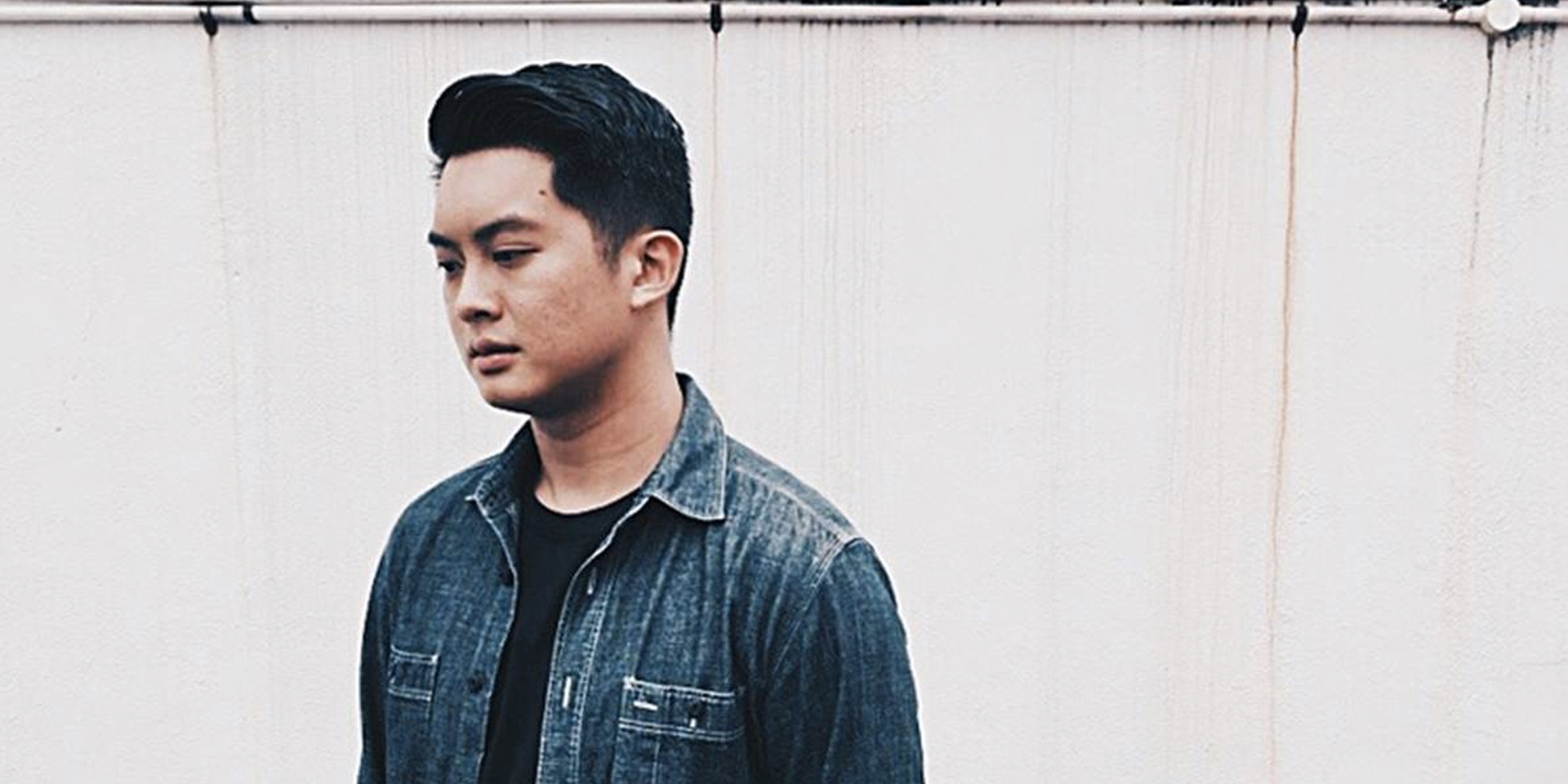 The Singaporean artist recently released his debut album Recluse, and his experience in turntablism and the art of music making has added heft to his name in recent years.

Intriguant will be spinning alongside D-Styles and Daddy Kev on September 9th at Canvas Singapore.

If you're looking for a DJ mixer, a 2-channel mixer is recommended. I'd suggest the Pioneer 250MKII Mixer or the Technics PMC 06 Pro Mixtick. They cost around S$4oo or less. They're straight forward mixers to practice on EQs and familiarity on the layout.

If you're looking for turntables, it's probably best to find secondhand Technics 1200s — those are built like a tank — and cost around $400 to $600 per unit. Nothing beats the touch of vinyl.

If you're into CDJs, the Pioneer CDJ 1000 is the way to go. Very similar units and layout to the ones that are used in clubs and venues.

If you want something that you can connect to your computer, invest in an audio interface like Serato or Traktor. If you want something with it all built in, the Pioneer DDJ Series is good. They have built in mixers and decks, with Serato. There's even a Rekordbox version.

"Lastly, if you want to learn how to DJ, go check out E-Tracx. They've got some lessons from the best DJs in the game." 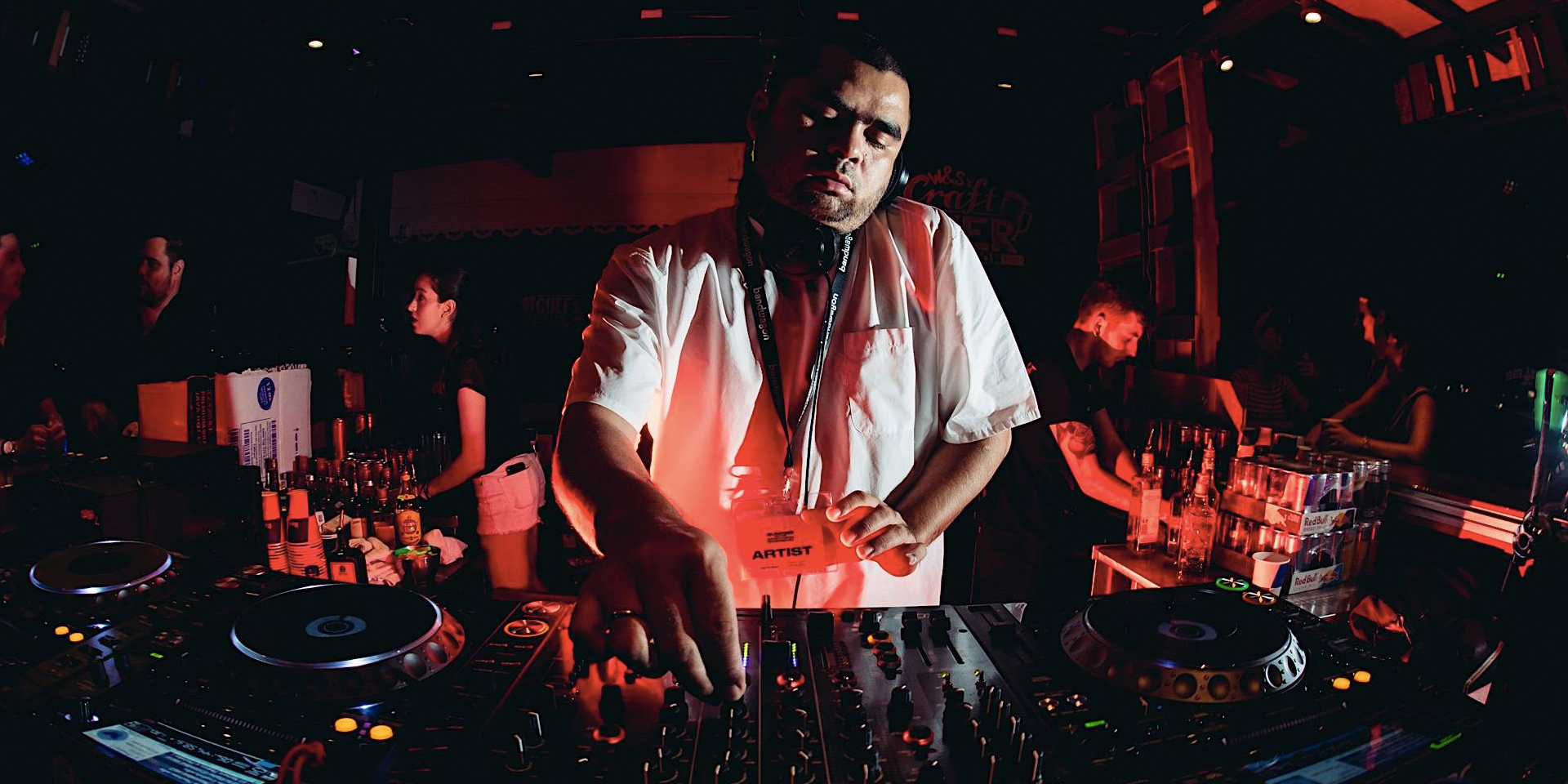 Nothing much we can say about Jonathan Kusuma that we've already established, but listen to the mix he did for us and tell us that isn't the work of a master.

Rane MP 2016 Rotary Mixer with an Xp 2016 external processor. I would invest in a good sounding mixer.

A pair of Pioneer CDJs that can do memory cards, thumbdrives, memory sticks. Memory sticks with good capacity, I prefer 128GB and above.

A decent laptop for music production.

A pair of studio monitor speakers — Yamaha Hs Series, Adam, Focal. A good pair of speakers is what I would invest more in. Each model has their own characters and value.

Analog or digital synthesizer like the Moog Minotaur or Roland System-1. For me, hardware synthesizers help you explore sounds and logic of synthesizing faster. But a synth plug-in will also add is own character to complete your sound palette." 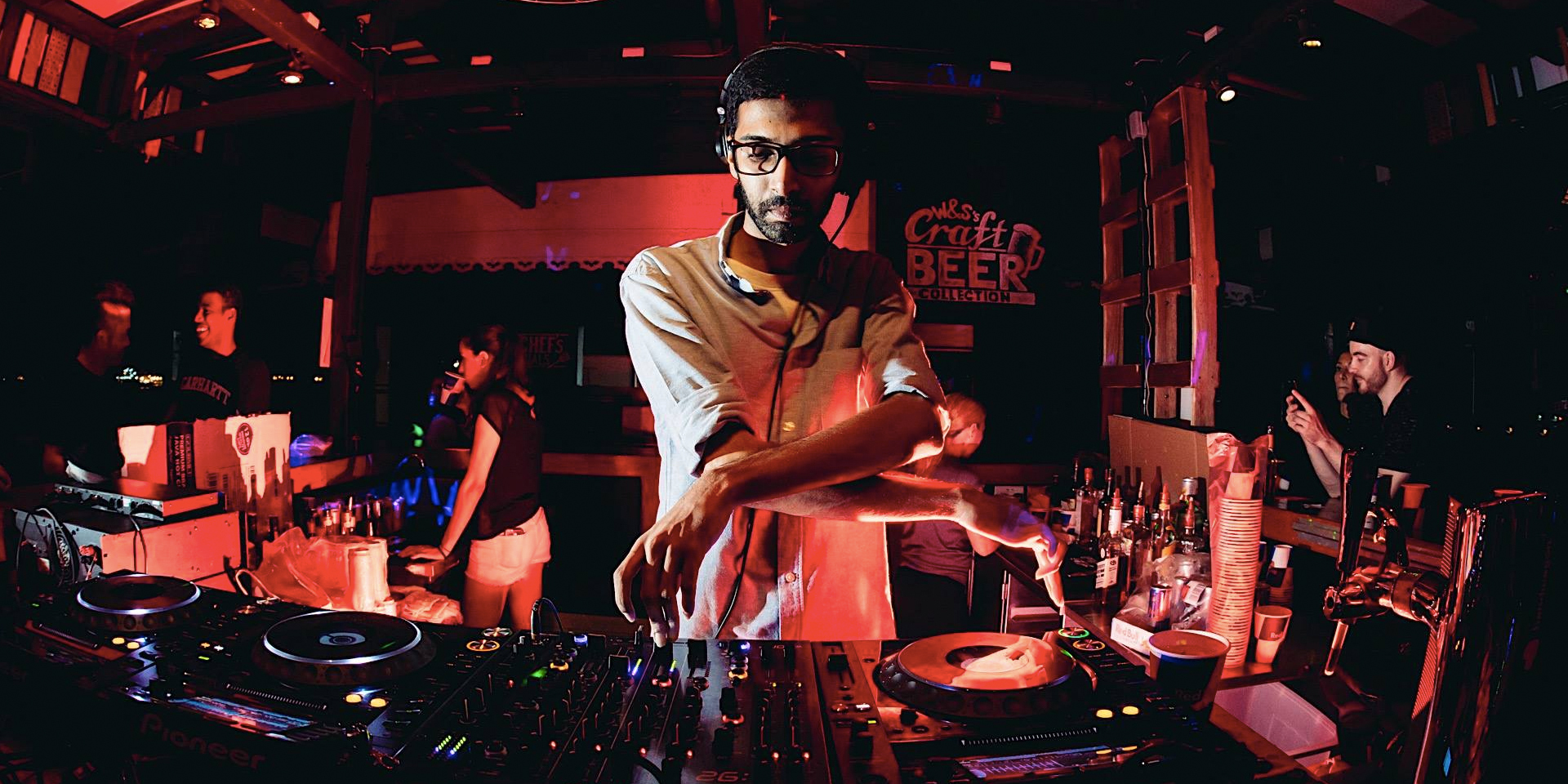 Troja's indomitable style has made him one of the most sought-after DJs from the Indian dance music underground.

"I started out small — just a MIDI controller and Traktor but my focus was always on mastering the art of mixing melodies and navigating energies through tracks. I had to later go back to the drawing board – learn and practice beatmatching on CDJs so that’s definitely one route that budding DJs can take.

If I had to do it again though, I’d probably pick up one of those really old CDJs from back in the day and learn on that, just so you could practice both in parallel and develop yourself more complete right from the beginning.

In terms of sourcing equipment, I think for DJs the equipment in terms of controllers, softwares and stuff is already quite well known but each must do their own research and see where there comfort zone lines. It’s a different ball game altogether for production, but for DJs just finding the right product that meets all your requirements (whatever they maybe) is the most important.

The possibilities really are endless, and at some level being versatile across different brands is also super important. What’s more important I feel is to just keep playing and playing, even if it’s just for yourself and just for the love of doing what you’re doing.

Those hours put in is what really pays off in the long run."