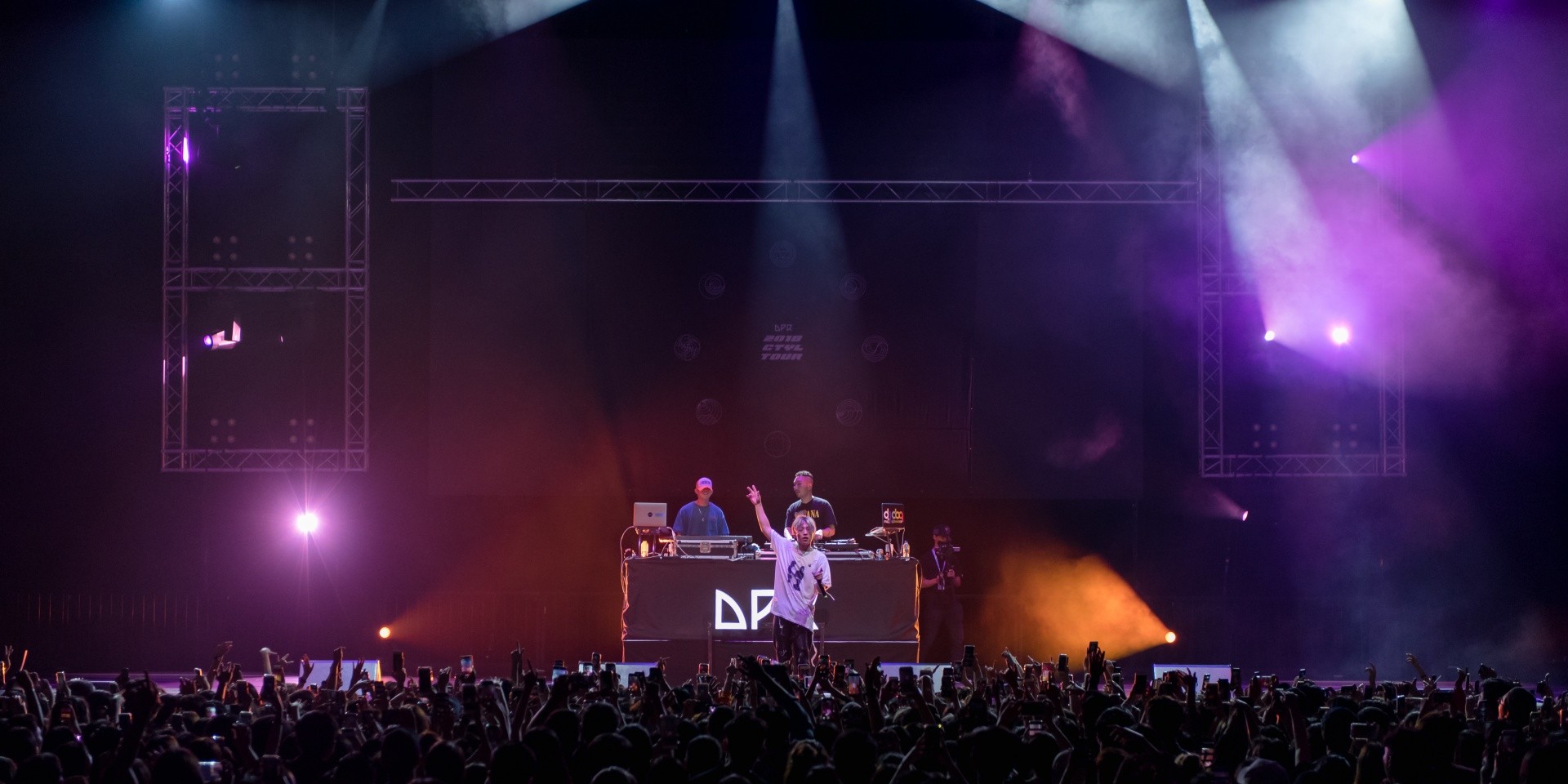 Korean music is undeniably one of the high-powered and hard-hitting insertions into anyone's music library. This is a global phenomenon that has gripped people from all over the world with its infectious melodies and undeniably eye-pleasing characters. Most recently, Singapore was gifted with one of its latest offerings in the form of 25-year-old rapper, DPR Live, at his sold-out show.

Dream Perfect Regime, or DPR, boasts an eclectic mix of talents, from producers to visual artists to musicians. The collective has completed a slate of projects, which include the production of BigBang’s Taeyang’s music video, ‘Wake Me Up’. DPR Live’s Coming To You Tour 2018 at Zepp@Big Box was a spectacular showcase of one of its own. 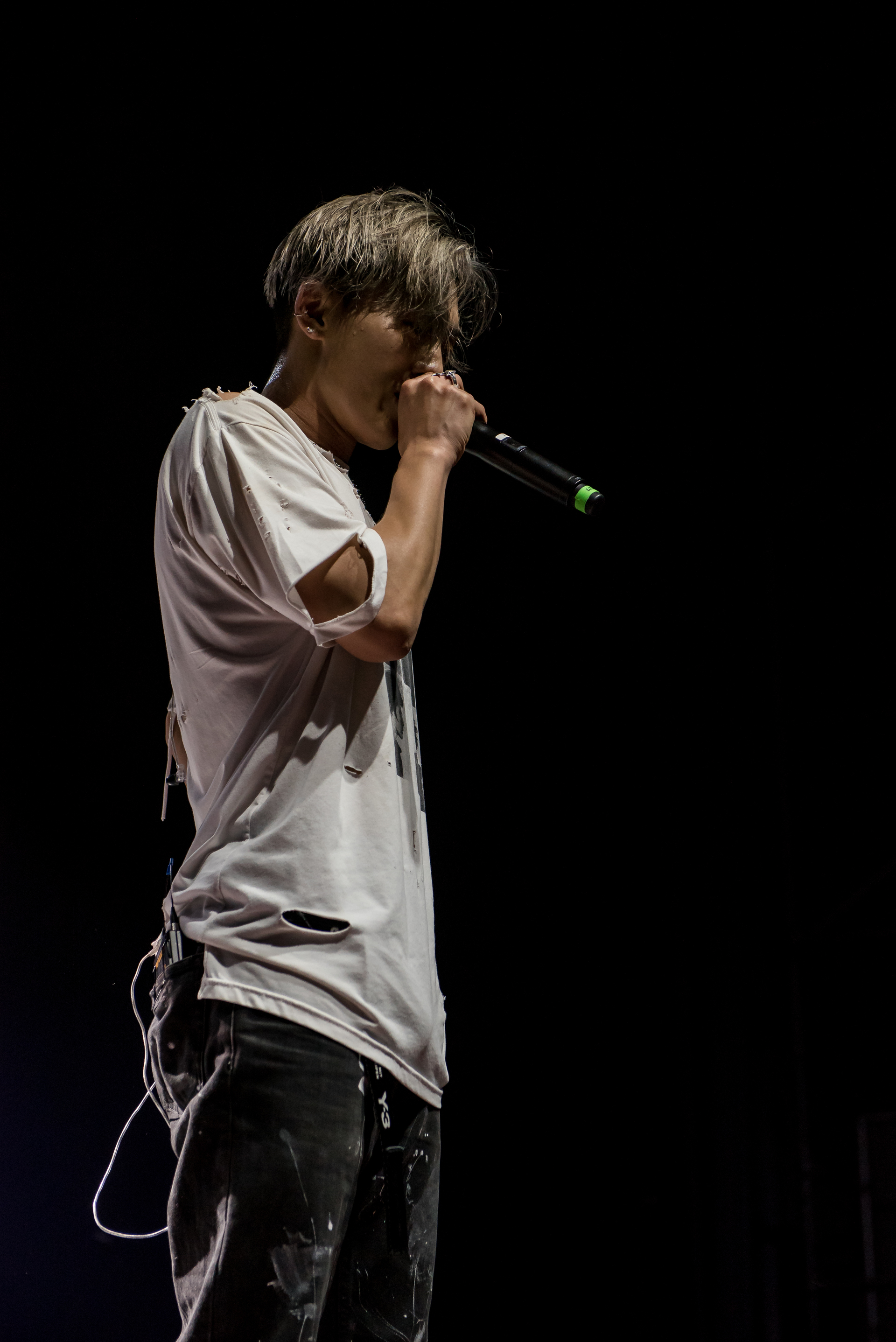 As the lights went down, Show Me The Money’s DJ DaQ, treated fans to an explosive dance music set, which started with a head-banging remix of Queen’s ‘We Will Rock You’. Accompanied by a perfectly-timed light show, DJ DaQ continued to electrify the arena with hardstyle and house inflected songs from artists such as Drake, Camilla Cabello, BTS and Blackpink.

As DJ DaQ winded down his set, eager fans started chanting “DPR Live” amidst the darkness. The grey-haired rapper then bounded onto the stage with screams of delights and what ensued was a parade of fired-up verses and sensual dance moves. DJ DaQ stayed on the decks while DPR Cream joined him.

Lighting up the atmosphere with his first song of the night, ‘Know Me’, the rapper rattled through the verses smoothly, and showed off his clean-cut vocals in the slower parts of the song. Though petite in size, DPR Live knew how to create a commanding presence on stage. 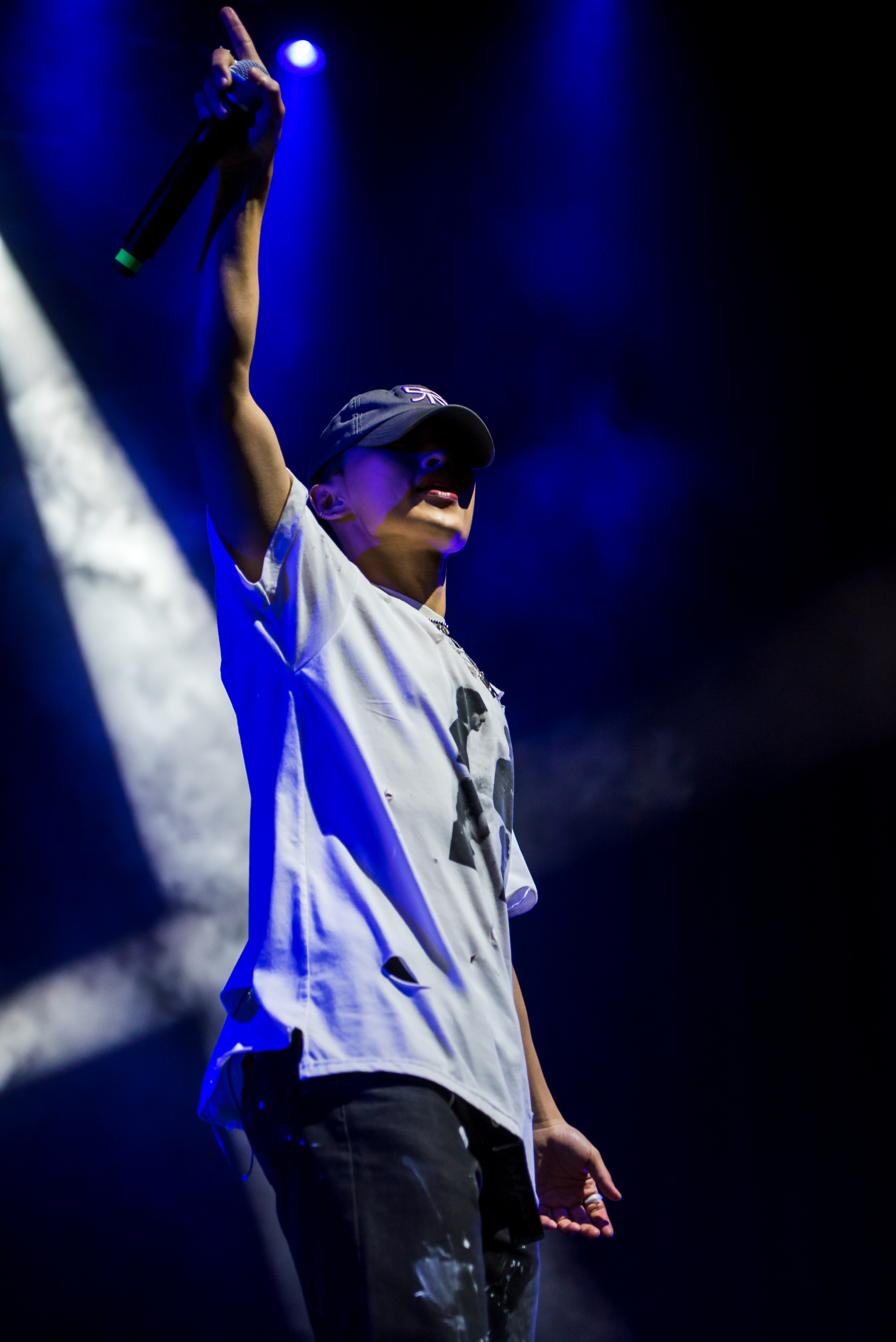 In between songs, he profusely relayed his gratitude for fans and melted hearts with his cheeky smile and frequently slicked his hair back, which only added to Live’s sex appeal.

Before singing one of his earlier songs, DPR Live told the audience, “I’m going to play an oldie. If you know it, I want you to jump. If you don’t, I also want you to jump”. This got everyone jumping with hands outstretched throughout the track.

Halfway through, DPR Ian, director and chief editor of DPR, came onto the stage and thanked the fans for coming and commented on his favourite Singapore dishes, “I really like black pepper crab and chili crab. Any recommendations on what else I should try? Oh, I really like chicken rice too”. A slew of suggestions, though inaudible as fans were shouting across one another, were taken in by DPR Ian, after which he retreated backstage. 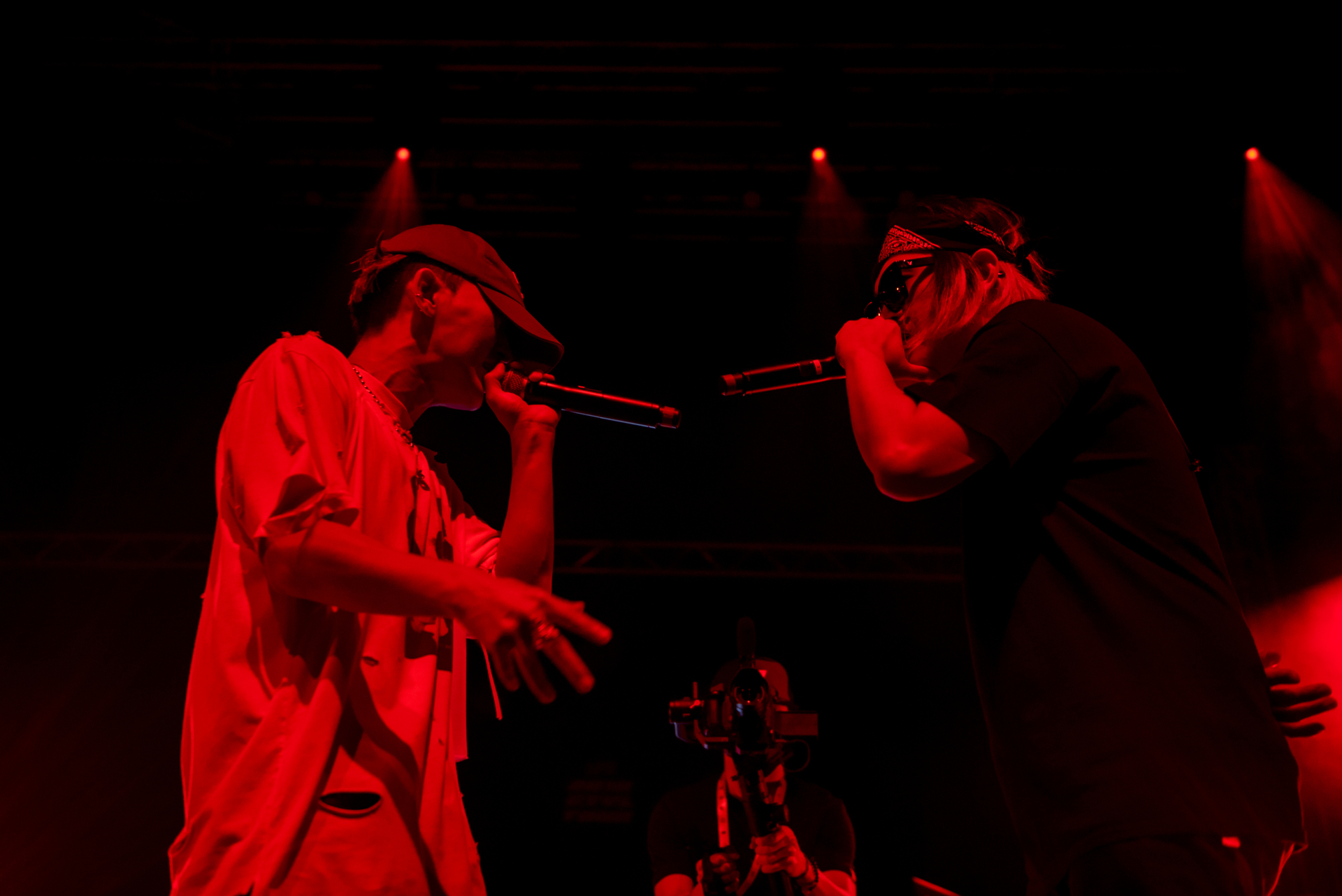 Another DPR crew member, Cline, graced the stage. He amused the audience with his quirky dance moves while DPR Live continued to spit out fan-favourites such as ‘Martini Blue’ and ‘Jasmine’.

DPR Live teased the crowd by stating that he was playing his last song, before returning to the stage and asked if the audience was ready for, ‘Text Me’, merely by tooting the familiar sound in the song which fans recognized.

Closing out the show, the rapper performed the smashing banger, ‘To Myself’, with all the members of DPR on stage. It certainly felt like a family reunion as both the crew and the concertgoers sang the unifying line, “DPR we gang gang”. 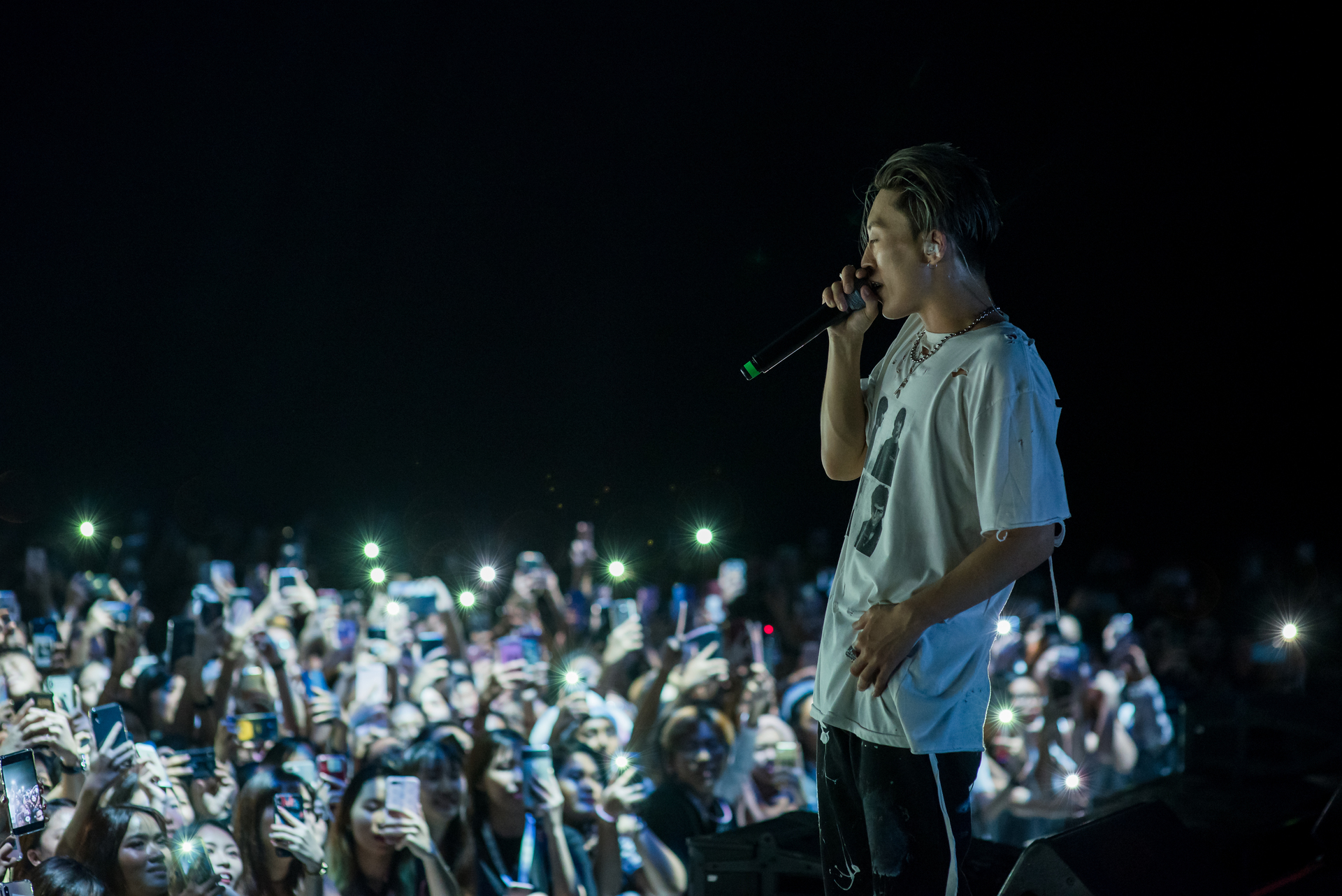 One fact about DPR Live’s concert is, that you’d never imagine the skyrocketing decibels produced by the fans just after DPR Live uttered his first word. He has been in the music scene for a year, but the effect of his musical prowess has impacted so many, in such a short span and we most definitely can’t wait for DPR Live to grace out shores again.

Special thanks to Zepp@Big Box for the invite.