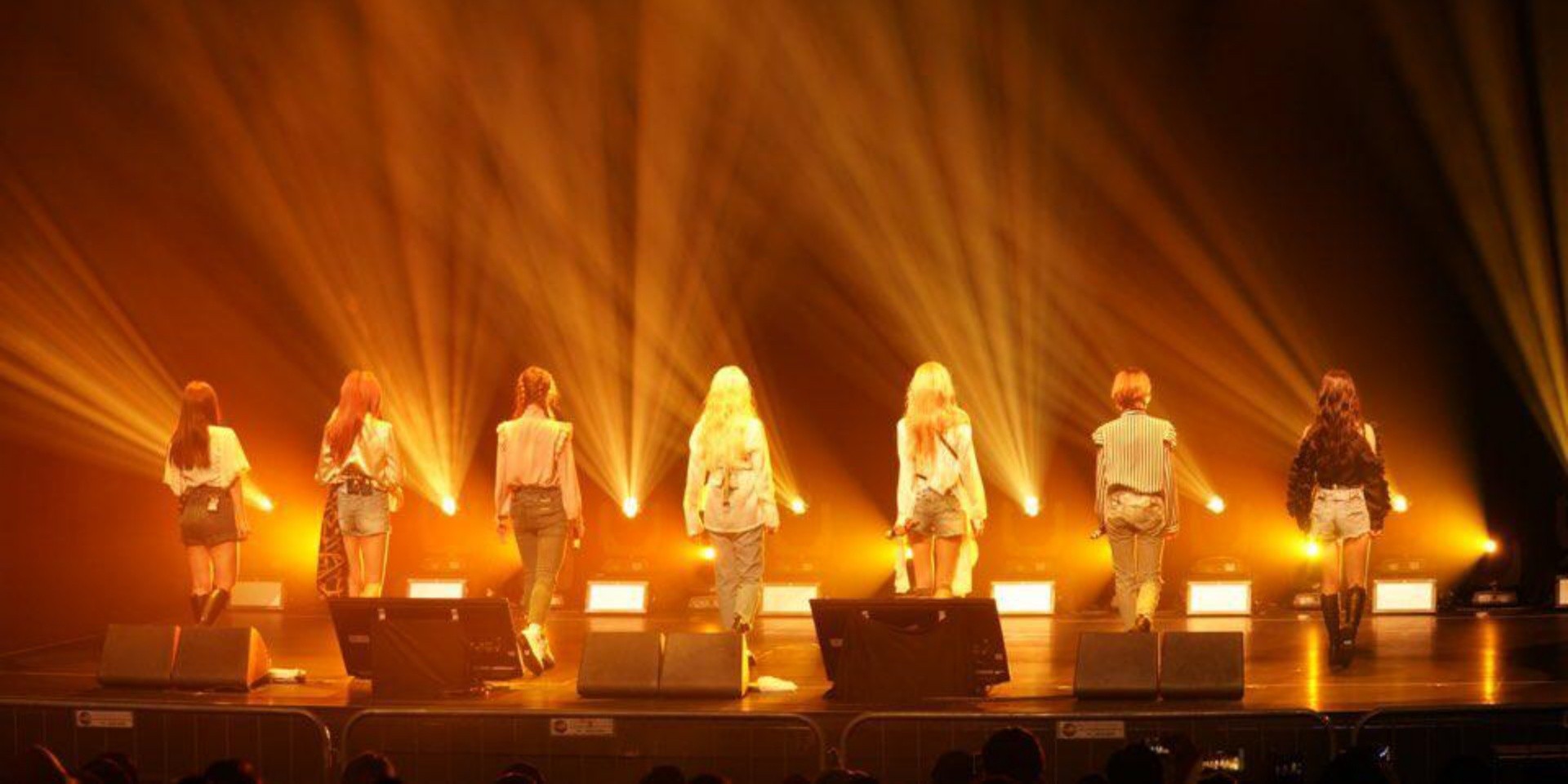 For many K-pop girl groups, ditching a cutesy girl-next-door look for a sexy, more mature one can be fairly common. But changing it up to a gothic, dark one? Definitely not common.

In 2017, South Korean group Dreamcatcher did the latter and immediately turned heads with their unique punk look and metal sound.

With the new rebranding, the girls quickly shot to fame, with their debut EP Prequel clinching the no.1 spot on the US iTunes K-Pop Top 100 Chart.

And their rising popularity is undeniable, judging by the feverish crowd of Singapore InSomnias (name of their fans) when the girls dropped by Singapore as part of their concert DREAMCATCHER CONCERT: Invitation from Nightmare City on 22 March.

Kicking it off with pop-rock anthem ‘What’ from their 3rd EP Alone in the City and dance track ‘Sleep-walking’ from their debut album Prequel, K-pop septet showed up in casual blouses, denim shorts and jeans. Dancing to powerful choreography and heavy drum beats, Singapore InSomnias broke out into roars of cheers and fanchants.

Greeting the crowd, leader JiU exclaimed: “Our albums are about the stress we are going through…Today, we are going to de-stress (with) you… We’ll make sure that when you go home, you leave this place with happiness!”

Next, the pink lights dimmed for sultry slow jam ‘Wonderland’, a track packed with alluring body waves and a repetitive ‘hush-hush’ chorus. Entranced by the sights and sounds, the male fans sitting around me stopped chanting altogether, some even with their jaws hanging in awe. 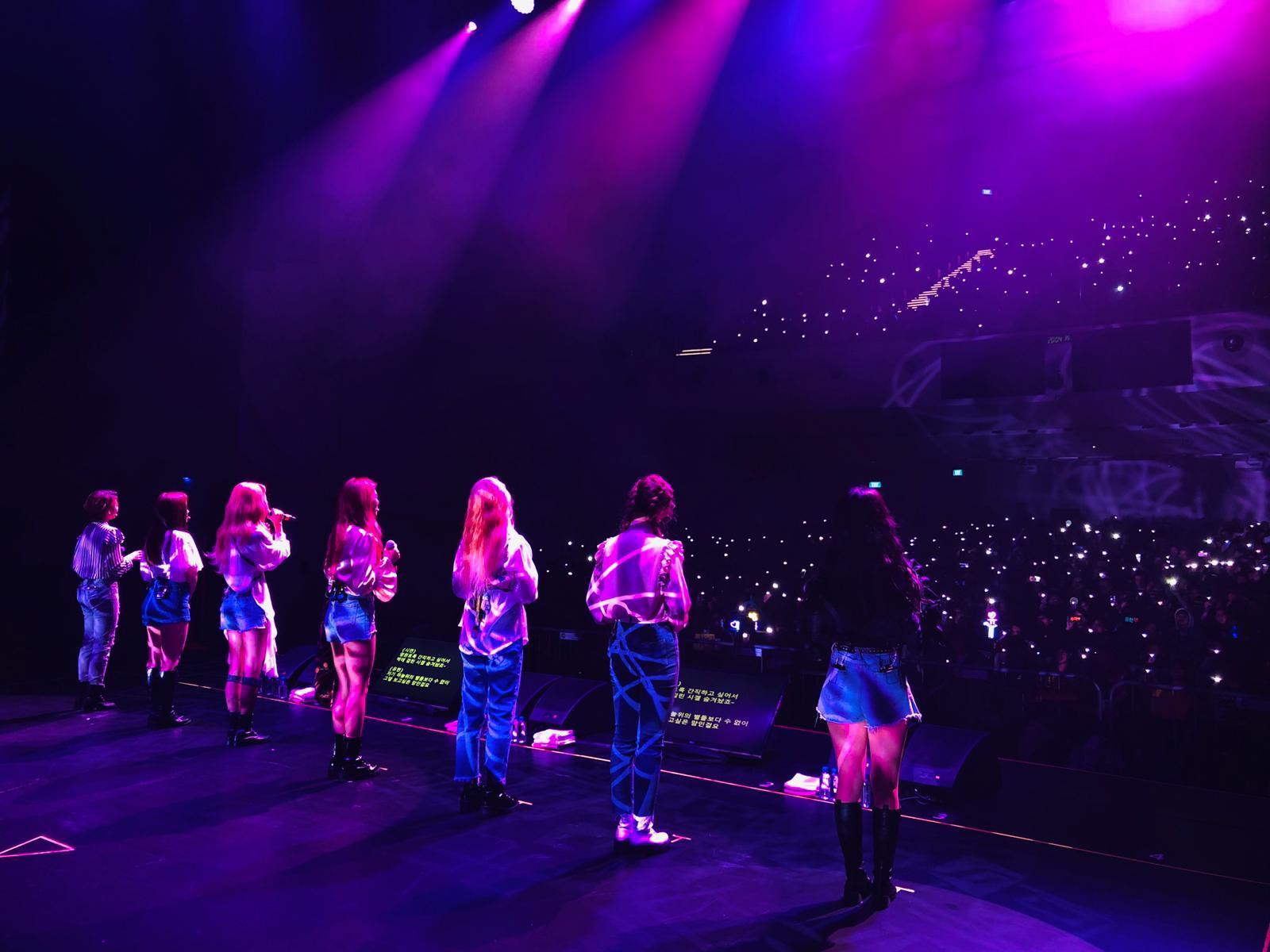 Following it with their debut dance track ‘Good Night’, lulling ballads ‘Daydream’ and ‘Lullaby’, the girls interacted with InSomnias before breaking in small unit performances.

First, main dancer Sua and lead vocalist Yoohyeon captivated the crowd with their acoustic rendition of Charlie Puth’s funk-pop ‘Attention’. Even without a change of stage outfits (which are typical of K-pop acts when performing in units), I was impressed by Sua, whom although petite, has vocals that pack a punch.

Taking to the stage next was main vocalist Siyeon, Chinese member Handong and maknae (the youngest of the team) Gahyeon who wowed the crowd with an acoustic cover of Justin Bieber’s ‘As Long As You Love Me’ and ‘Boyfriend’. The trio harmonized with each other flawlessly, belted out beautiful falsetto notes and wasn’t afraid to cover the English raps.

Lastly, InSomnias were in for a treat as leader JiU and main rapper Dami performed a flirty cover of Flo Rida’s 2015 track ‘I Don't Like It, I Love It’. Labelled the ‘prince’ of the group for her short locks and charisma, I was surprised when Dami broke out of her shell to perform cute dance moves and playful gestures.

The climax of the show had to be their latest banger ‘Piri’ from their 4th EP The End of Nightmare. Despite facing a technic glitch about 20 seconds into the performance, the girls remained calm and started the track again.

Translating to ‘pipe’ in English, ‘Piri’ is one of my favourite releases from the septet as it solidifies their identity as a group with a dark and eerie concept as well as metal sound. Accompanied by strong metal riffs, strong bass and intense drum beats, the members each shined in this track. From powerful vocals from Siyeon, JiU and Yoohyeon to rapid fast raps from Dami and Gahyeon as well as high-intensity dance moves from Sua and Handong, the girls presented a stage combining their individual strengths. 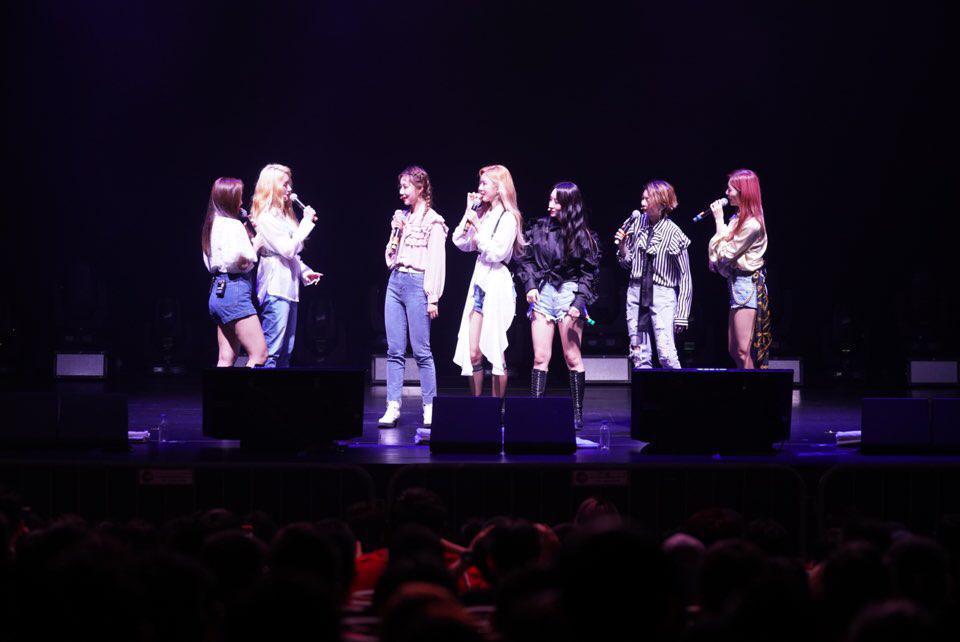 Other notable moments included fan favourites ‘You and I’ and ‘Full Moon’ which charted at 9th and 16th on the Billboard World Digital Song Sales chart as well as Singapore InSomnias singing a birthday song for Handong who was touched to tears.

Wrapping it up with jazzy number ‘And there was no one left’ and party anthem ‘Wake Up’, the girls got everyone on their feet and fist-pumping to the uptempo song. In a saturated K-pop market, Dreamcatcher is successful in differentiating itself from other girl groups and we certainly hope they will continue to thrill InSomnias with their next releases.

Special thanks to MyMusicTaste for the invite.