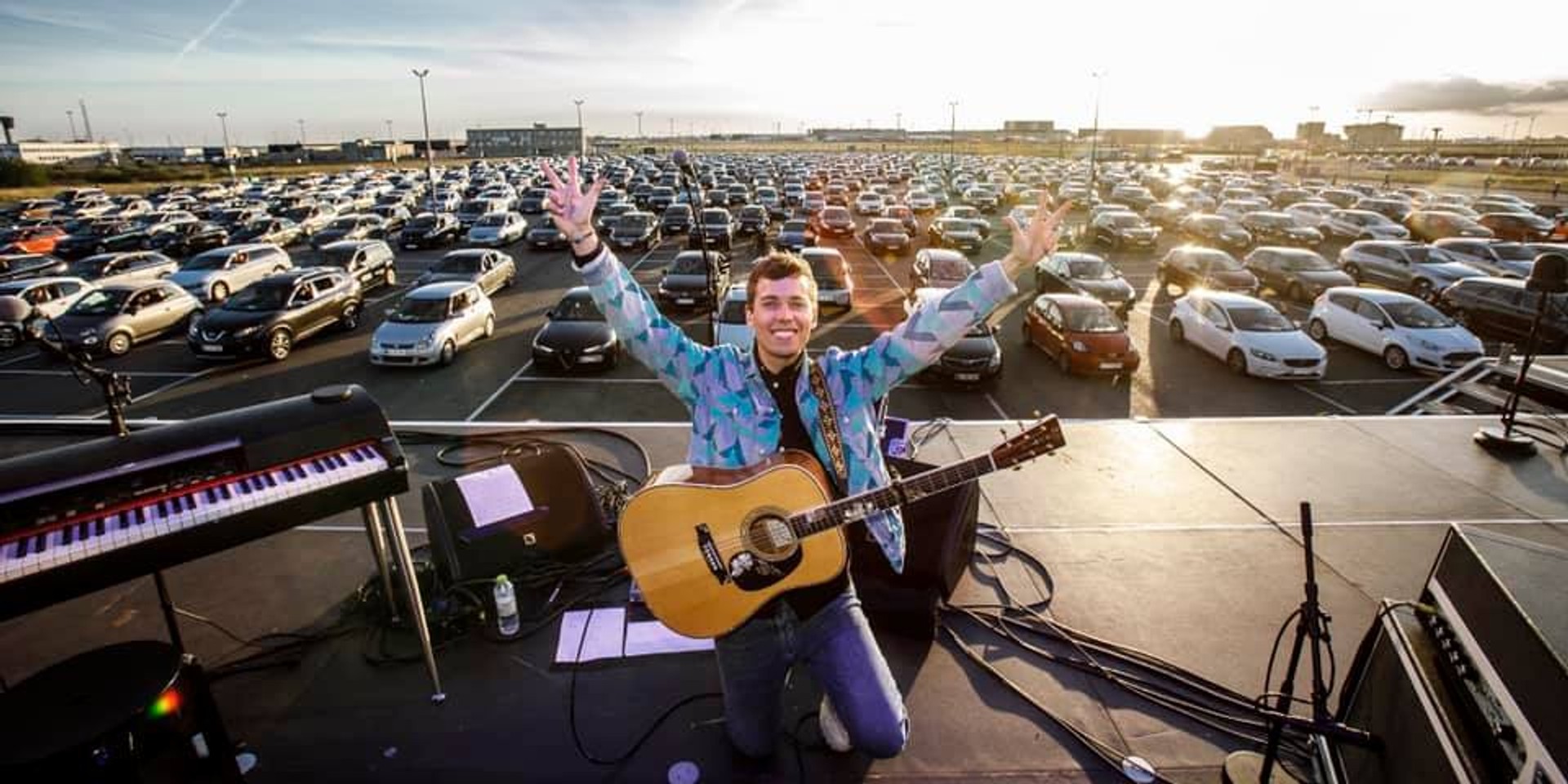 Danish singer-songwriter Mads Langer had a whale of a time this summer. It's been a while since he last played to a live audience because of the COVID-19 pandemic, but he proved the impossible by performing in five cities over the last three weeks.  Instead of a packed arena of screaming fans he was used to, Langer was greeted by an army of windshield wipers on an enormous plot of land.

Over the past few months, the music industry had taken to livestream concerts and virtual music festivals in up-keeping the spirit of music performance. Now, the novel concept of drive-in concerts has emerged and has taken place in the United States, Germany, Denmark, and other parts of the world. Imagine being able to watch a live gig again, except for the fact that you're surrounded by cars - it's strange, but it's also the reality that we're seeing in front of our eyes.

Australian festival organisers Untitled Group has announced for a live entertainment precinct to take over the bowling lanes of the Flemington Racecourse in Melbourne, Victoria. Named 'The Drive-in', the pop-up venue will see music performances and "12 large-scale concert events" lined up for concertgoers, as announced in their press release. These performances will be accompanied by large viewing screens to accommodate the new layout, and the organisers promise to "hold true to a traditional concert experience with the same calibre of production that you’d expect from any major music event."

The Drive-in's performance lineup for their first month has been announced:

However, the concept of drive-in concerts is not as novel as they may appear to be. In fact, drive-in cinemas were the norm in the US in the late 1950s to early 1960s, in response to the exponential growth in population and car ownership during those days. Being a family-friendly way of bringing the children to a cinema in their pajamas, drive-in cinemas were favoured until home entertainment saw improvements from colour television to cable television from the 1970s onwards.

With this glimmer of hope in the air, maybe drive-in concerts and cinemas will pop-up in your side of the world too.