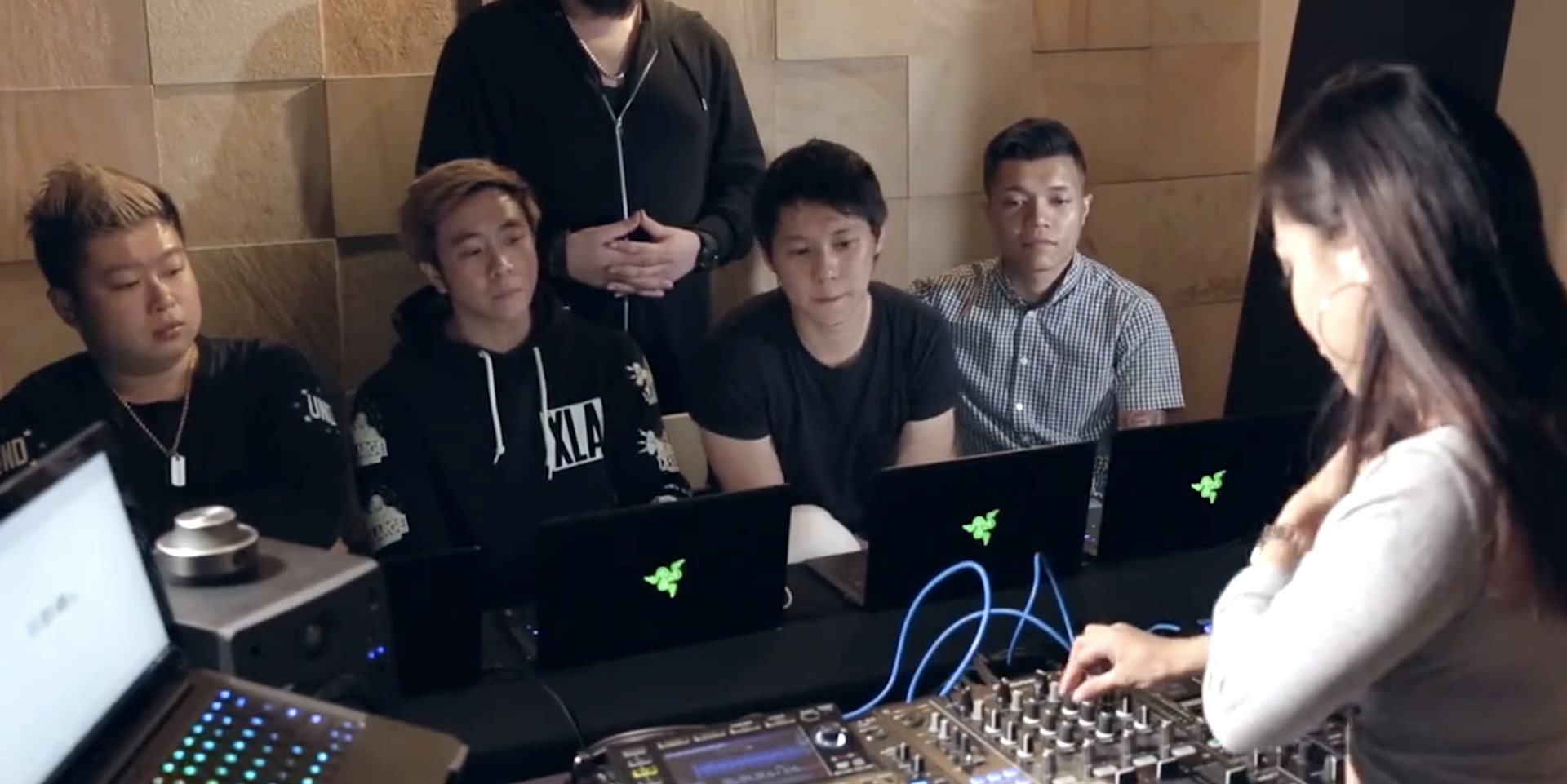 “Stay tuned for more saucy updates as we reveal our ladies, who will be involved in this hyper competitive local reality show that will refute the stereotypes of females in this profession.”

This was how local reality web series Drop The Beat introduced itself to the world, hyping up a competition between six women who will battle to be the best DJ under the watchful eye of experienced judges – Inquisitive, YeoLo and Nuckin’ Futs – and the auspices of DJ academy The Big House, where they undergo eight weeks of “intensive training.” These contestants must, as their very first Facebook post glibly puts it, “Drop the Beat or Be Dropped.”

Linger on that sentence for a moment. Notice how the suggestive tone of the first clause – where updates are “saucy” and the contestants are objectified as “ladies” to be “revealed” – gives way to the righteously anti-sexist tone of the second clause. This show will “refute the stereotypes of females in this profession”, it trumpets.

Well, Drop The Beat, it sounded like you were doing the opposite from the get-go.

Firstly, can we overlook the road to hell Drop The Beat appears to be cruising on simply because it’s paved with good intentions?

The show’s stated aim to fight the sexism female DJs face is laudable – after all, it is a documented problem in the industry. Women are a marginal presence on top DJ lists. Female DJs are not crowned tastemakers or talents as easily as male DJs are. When women are behind the decks, men assume it’s because they’re a pretty face, or because they "f*cked" their way there.

And now there’s a show dedicated to waging war on these obnoxious double standards. In Singapore’s specific context? That sounds great!

But it isn’t, really. Because for every opportunity Drop The Beat takes to tout its anti-sexist aims, the show also seizes a chance to portray women in the competition as one-dimensional eye candy.

Just take the teaser videos that introduced each contestant before the first episode, which dropped (ha) on August 7th.

Devoid of any personal background or biographical information that could help viewers get to know these contestants or understand why they’re there, these clips mostly showcase contestants posing and pouting for the camera. There are shots of contestants DJing, sure, which is what they’re there to do. But those are cursory compared to the glamour shots that take up the bulk of these clips.

And whoever wrote the descriptions for these videos and their subjects just couldn’t hold back from mentioning these women’s appearances, even though that is part and parcel of the stale sexism the show purports to fight.

Drop The Beat introduces contestant Jacey as “friendly, mature, competitive and hardworking,” but not before telling us that she goes “against the stereotypes of a Korean girl” because she is “beyond just looks.”

When it comes to Minz, they ask, “Who says size matters? Although feisty and fun size [sic], MINZ packs a punch on the decks.” Well, Drop The Beat, no one was talking about size or “feistiness” until you brought it up. This reality show consistently baits and switches its viewers.

If you don’t feel indignant at their shady ‘anti-sexism’, you should, at the very least, feel cheated or mildly manipulated by the inconsistency of the show’s messaging. And we haven't even gotten to the first episode yet.

...for every opportunity Drop The Beat takes to tout its anti-sexist aims, the show also seizes a chance to portray women in the competition as one-dimensional eye candy.

Of all these bloodless, one-sentence descriptions of our Drop The Beat contestants, Fae’s stands out: “A purveyor of hip hop, trap, bounce and hardstyle, Fae would like her audience to listen to something new, not just the normal 128 BPM.”

This bio actually approaches its contestant like a DJ with a favoured style and preferred genres. This is refreshing because it takes the female contestant seriously. It's also enlightening, because it tells the viewer that contestants may not be complete rookies to the DJ profession.

We now know that the contestants have been through lessons and training, so they all have some understanding of DJing and what that means. But viewers know little about how much prior experience each contestant already has.

This information actually turns out to be crucial to gauging just how bad Drop The Beat actually is.

The first test that the show puts its contestants through is setting up their equipment. This is “an important part of being a bona fide DJ,” the episode description tells us. But because we don’t know what skills the contestants have, if any, we don’t know if this is a legitimate challenge they should go through, or if it’s an absurdly low and particularly gendered bar.

Some of the most insidious sexism in music at large – not just DJing – lies in the ingrained assumption that women are bad at their instruments or technology in general.

This plagues even the most brilliant of musicians: in an interview last year, the incomparable Björk talked about how male duo Matmos is often credited entirely with the sound of Vespertine, even though she spent three years making that album and created 80 percent of the beats on it. 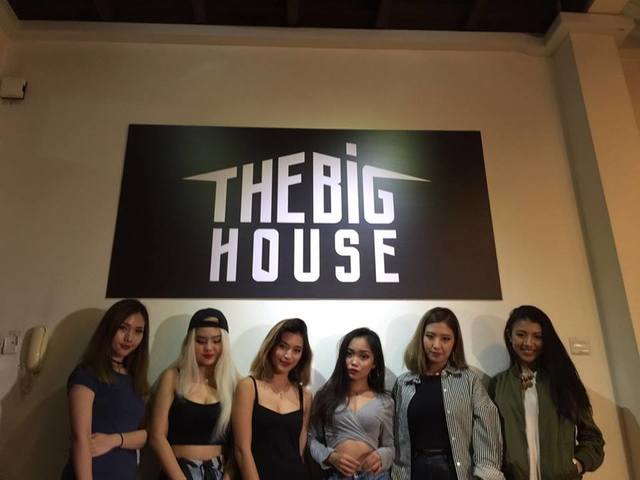 The cast of contestants for Drop The Beat, pictured in front of the logo of The Big House, the talent management company of judge DJ Nuckin' Futs.

This test is understandable for contestants who’ve never seen DJ equipment in their lives but want to entertain audiences of thousands. But testing a female DJ by judging whether she can plug the cables in correctly is downright condescending, and also probably irrelevant to whether she’s a good DJ or not.

Even so, Drop The Beat judges their contestants by how fast they can get music to play from their decks. That seems a moot point at professional gigs where DJs are allowed ample time to set up their equipment. Ultimately, the first challenge — which is really just glorified cable connecting — is hardly the stuff that keeps viewers coming back for more.

That said, some elements of the show are truly deeply sexist, no matter how you slice them.

The three main judges of the show are all men, even though talented female DJs in Singapore exist and have even created collectives to empower and uplift women in the industry and scene. Were none of them available for a place on the judging panel? Drop The Beat has hinted at female guest judges in a Facebook comment section, but the fact that a show supposedly dedicated to eradicating sexism has no women in permanent judging positions speaks volumes about what its priorities aren’t.

If you don’t feel indignant at their shady ‘anti-sexism’, you should, at the very least, feel cheated or mildly manipulated by the inconsistency of the show’s messaging.

It’s a pity; because besides boosting its anti-sexist bona fides, getting female judges would actually inject some life and excitement into the show, which, as it stands, is neither compelling nor entertaining. (This might be a little harsh, given that Drop The Beat is just one episode in, but I’m not holding my breath.)

Female judges would potentially be more invested in helping the contestants, making for livelier judge-contestant interactions than the current dull, zero chemistry exchanges in the first episode. Some of the judges are more interested in what’s on their shiny Razer laptop screens than the contestants in front of them; one judge can’t even pronounce a contestant’s name right.

This element of Drop The Beat, with questionable gender politics, is also a factor holding the show back from actually being good. 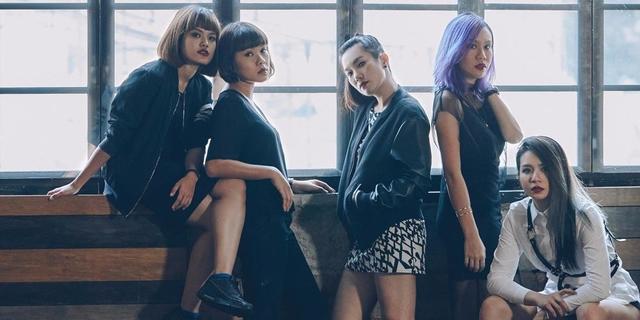 "No short cuts, no moral compromise, no model-DJ antics - just hard work, innate talent, discerning taste and a slew of memorable parties. Are they successful? Sure. But success and hype can be fleeting. What ATTAGIRL has really earned is respect, across the board, from men and women alike, and that's the kind of currency that will prove to be far more lasting and valuable in the long run."

One of the biggest failures of Drop The Beat in this regard is how its female contestants are so often denied voices or personalities. The shallowness of the show's marketing material unfortunately transplants over to the first episode, which doesn’t even make basic introductions for its contestants (I guess we’re expected to have endured all the teaser videos beforehand).

Five minutes of the 26-minute episode go by before a contestant speaks at any length, and even then their comments stay largely reactive because they only talk about the challenge that’s posed to them.

The thing is, I believe these six women could carry Drop The Beat if they were allowed to be more human on this show. I’m kind of rooting for Minz, who has already jokingly called another contestant a “salty bitch” and showed with her facial expressions that she doesn’t take any bullshit, even from the judges.

Maybe it’s just the growing pains of a pilot episode, but the lack of attention paid to the individual contestants’ stories feels like Drop The Beat wants to do anything but let their viewers connect with them.

If you’re still here, you’re probably wondering why I spent more than a thousand words dissecting what appears to be a thoroughly unknown web series. The thing is it might not stay that way. Episode one has racked up an impressive 33,000 views. The show’s Facebook comment sections are hives of activity. It’s more than a little disappointing that this might-be-popular, purportedly anti-sexist show about DJing is actually anything but.

I’ll wait for the day when we can celebrate the achievements and talents of female DJs in different mediums and spaces beyond the clubs they hold court over. If Drop The Beat is any indication of mainstream DJ culture in Singapore, that might be a long time coming.