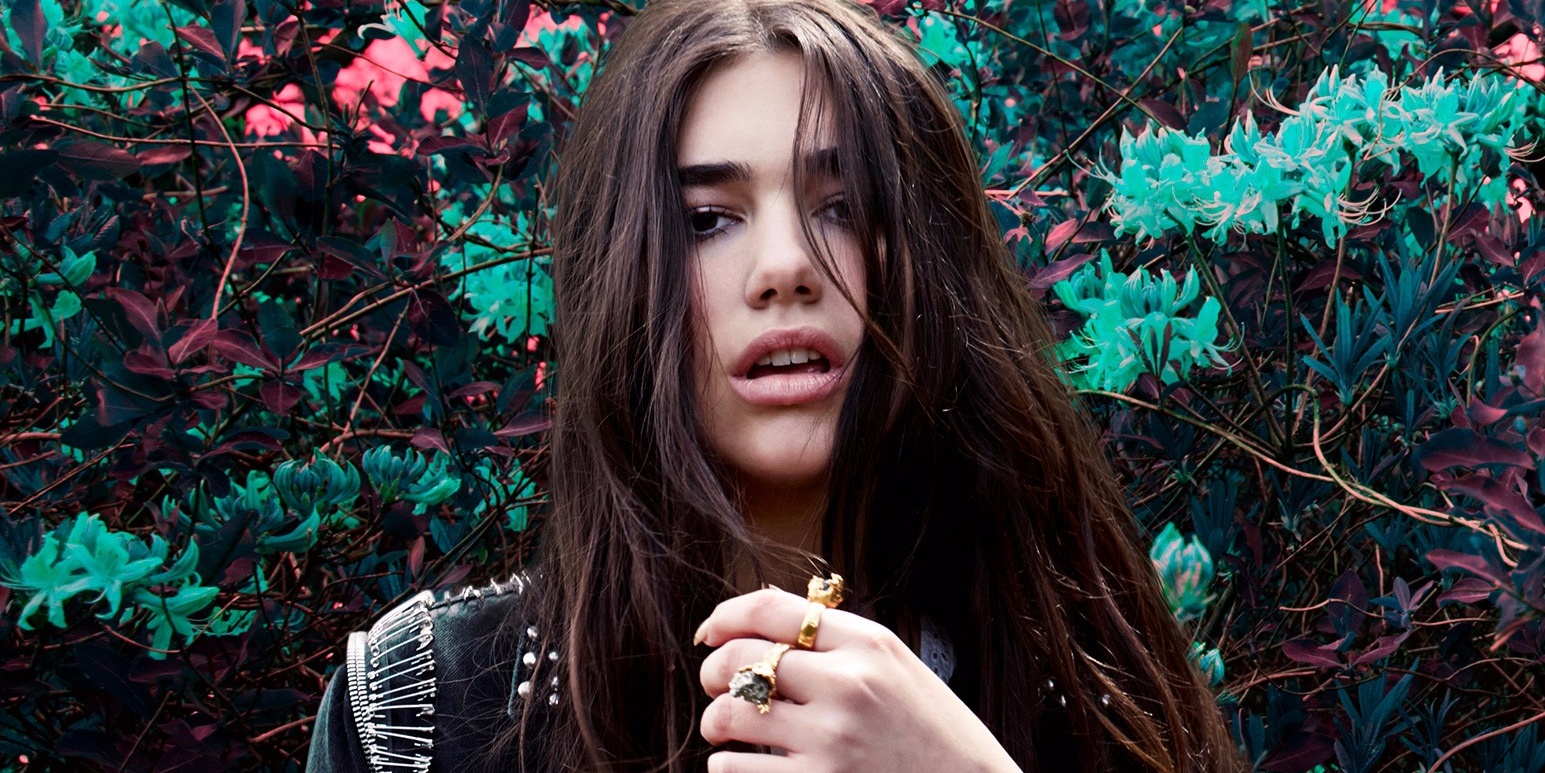 Dua Lipa dropped by Manila a few weeks ago for a quick visit to promote her new album and her first concert in Manila this August for In The Mix. And as she releases her long awaited album this June 2, here are a few things to know about her to get you duly acquainted!

HER SELF TITLED DEBUT ALBUM WAS A LONG TIME COMING

It was in 2015 when Dua Lipa first started working on her debut album, and it took her two solid years to build her first LP. The album was initially slated to be released in September 2016, was then pushed back to February of this year so that it can be released worldwide, and then again rescheduled to its final due date June 2, 2017. And while many will receive the constant pushing back as a hit to their momentum, the events turned out serendipitous because the past few months were pertinent to her album’s promotion. In between her first single to now, Dua has managed to put out six singles off her album, collaborate with Martin Garrix, appear as a featured guest artist with a track with Sean Paul, and release a song with Wale, 'My Love', wherein she appears with Major Lazer and WizKid. Dua’s latest single, 'Lost In Your Light', an R&B bop features Miguel.

Watch her performance of 'Lost In Your Light' at BBC Radio 1's Big Weekend 2017:

SHE HAS NUMEROUS COLLABORATIONS UNDER HER BELT

Just this year alone, Dua Lipa put out 4 new songs. Aside from the aforementioned Wale and Miguel collaboration, Dua also has a song with Martin Garrix that has been heavy on rotation in various radio stations here in Manila. 'Scared to Be Lonely' reached over 170 million views on just YouTube alone, peaked at number 9 on the Billboard US Hot Dance/Electronic charts, and brought her all the way to Coachella to perform.

Dua also went on to be a guest artist on a Sean Paul track, 'No Lie', gaining up to a strong 135 million plays on YouTube. It also made her the second artist ever after Ed Sheeran to have both the number 1 and 2 spots of UK’s Top 20 Singles Chart alongside her other dance banger 'Be The One'.

The album features Dua working hand in hand with another big-named artist, as the album will be bookended with a Chris Martin collaboration, 'Homesick'. Dua, during her Manila visit, shared her simultaneous excitement and nervousness about working with the Coldplay vocalist, saying, “When you meet someone who really inspires you [and] who you really appreciate, you’re very nervous.” She continues by recounting what it was like to share ideas with Martin, “It’s one of those things that I was nervous that I’m playing songs from the album, but I was also very excited at the same time. He’s so lovely and kind and I’ve had the best experience working with him.”

Listen to a snippet of “Homesick” here:

From the beginning, Dua has been under the wing of the industry’s best writers and producers. Her 2015 debut single, New Love, was produced by Emile Haynie and Andrew Wyatt. Haynie has worked with Lana Del Rey and FKA Twigs, while Wyatt has bops with Mike Snow and Charlie XCX; so there is no surprise to the alternative direction that Dua's first pop single song has taken. The rest of the album promises to embody the same libertarian spirit that Dua has made her own; as the album features producers such as Greg Wellsas (Adele, Twenty One Pilots, Pharrel); and writers such as Ilsey Juber (Beyonce’s All night, Shawn Mendes’ Mercy, and Drake’s Jungle).

SHE WROTE THE SONGS IN HER ALBUM

Dua Lipa might be in great company with the people she’s collaborated with, and the co-writers and producers who have guided her through her recording process, but the 21-year-old singer is also a talented songstress.  Dua wrote every song in her album except for 'Be The One'. She also penned the newly released 'Wake Up Alone' by The Chainsmokers featuring Jhene Aiko. In fact, she’s constantly writing that it had come to a point where she's written so many songs in the past years, many had to be excluded from her album and its deluxe versions. Songs like 'Voodoo', 'For Julian', 'New York (Mend My Broken Heart)', 'Running', and even fan favorite 'Want To' —all did not make the album, which broke hearts of many of her older listeners. But looking at her album tracklist, it looks like we’ll be more than satisfied: 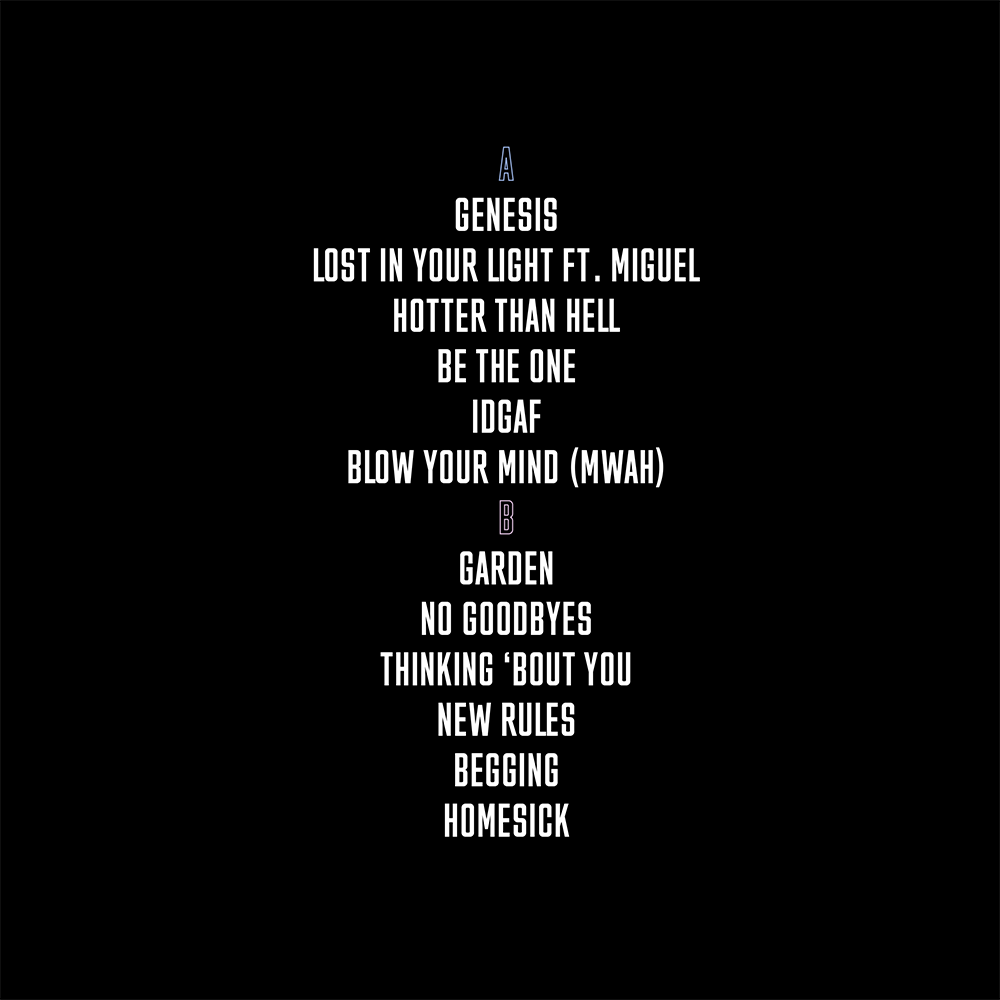 A VOICE OF HER OWN

'Blow Your Mind (Mwah)' is a fun and no-nonsense song that gives come hither vibe that keeps you wanting more. As of writing, the single has reached over 50 millions streams on Spotify.

'Be The One' is more straight up dance banger that’ll fit both in the club scene and a drive to the beach. It was met with widespread commercial success, being certified platinum in Australia, Belgium and Italy, and gold in Germany.

🎶come back to me baby we can work this out 🎶
Be The One - #DuaLipaMNL for @bandwagonPH pic.twitter.com/Bb37ax54cT

Lost In Your Light

Dua Lipa co-wrote 'Lost In Your Light' with R&B singer Miguel, who also produced it.

SHE WASN’T AN OVERNIGHT SUCCESS

Only about to turn 22, many might assume that Dua Lipa’s success happened overnight. But the young singer-songwriter has spent a lengthy amount of time working to where she is now. At age 14, she’s been posting covers of Christina Aguilera, Rihanna, and Nelly Furtado on her YouTube page. Soon after, she moved out of her home in Kosovo and moved back to London to pursue her music. Being alone in London at 16 years old to pursue of music, Dua says she never had a Plan B, and it seems she's always known from the beginning. She spent the next years jumping from one odd job to another, doing sales in various local shops, restaurant hostessing, working nightclub doors, and modelling. The burden of making a living and making sure having a room over her head at a young age thrust her into a place in her life that’s beyond her age. This kind of maturity is evident most in 'Genesis', the opening track of her album, wherein she is sings about a certain kind of love and the content she realizes in its midst.

Listen to an acoustic version of 'Genesis' here:

As a daughter of a former Kosovar Albanian rock singer Dukagjin Lipa, Dua was raised to love music. She listened to a lot of what his father’s personal music faves such as Bob Dylan and David Bowie, but formed an inescapable bond with pop music when she discovered the distinct voices of the likes of Nelly Furtado, P!nk, and Destiny's Child. They're just a few of the women who have influenced so much of how she approaches music which is evident in the way Dua makes every song she touches her own.

HIP-HOP IS AN INDELIBLE PART OF HER

As much as pop music was huge part of her influence, Dua listened heavily to hip-hop while growing up. She listened to a lot 2Pac, Biggie, Schoolboy Q, A$AP Rocky, and Chance The Rapper. On the side of women R&B singers, Dua drops the names of Toni Braxton and Alicia Keys. Her covers of Chance The Rapper’s 'Cocoa Butter Kisses', Jamie XX’s 'Good Time' and Mila J's 'Smoke Drink Break Up' are all worth of praise by virtue that true artists steal and make it their own, and not just merely copy. The impact that Hip hop has on the way Dua does music is clearly seen in the way she syncopates her singing and writes songs that are percussive and beat-heavy.

CHANGING THE GAME WITH HOTTER THAN HELL

Numerous times in previous interviews, Dua shared that 'Hotter Than Hell' was a game changer for her. Writing it was pivotal to her identity, calling it as a breakthrough moment in realizing the kind of artist she wanted to be. There is a sensibility to her brand of music that enjoins the best of two worlds. In many ways, Dua Lipa embodies the earnestness of pop music and the sexiness of R&B and Hip hop, without pandering to either. Her personal amalgam of the two genres lets her occupy a place in music that’s been undiscovered until now. Her raw quality in her songwriting and singing translate to her live performances, wherein she prefers to have a live band back her up.

Listen to a live performance of 'Hotter Than Hell':

Dua Lipa describes her music as dark pop, a fitting description to the brand of pop music that she's creating. In an interview with Music Feeds she says, "This album has a mixture of (pop) and a heavy influence with Hip hop. where I like to sing the Rap, so I start my verses that are very fast paced then you hear a pop chorus.” In an interview with Teen Vogue, she shares how she likes the honesty and rawness of hip-hop and “definitely incorporate elements of it into (her) sound.” The album talks a lot about love and self-actualization, and she doesn't mince her words, or quiet her demeanor. In fact, Dua Lipa sings louder than ever and with the corners she’s explored with the music that she has released so far, it seems like that Dua is only just beginning to discover her sound.

Dua Lipa's debut record was released on June 2 via Warner Music and will be returning to Manila to perform alongside Two Door Cinema Club, DNCE, and more at MMI Live's In The Mix on August 17, 2017.