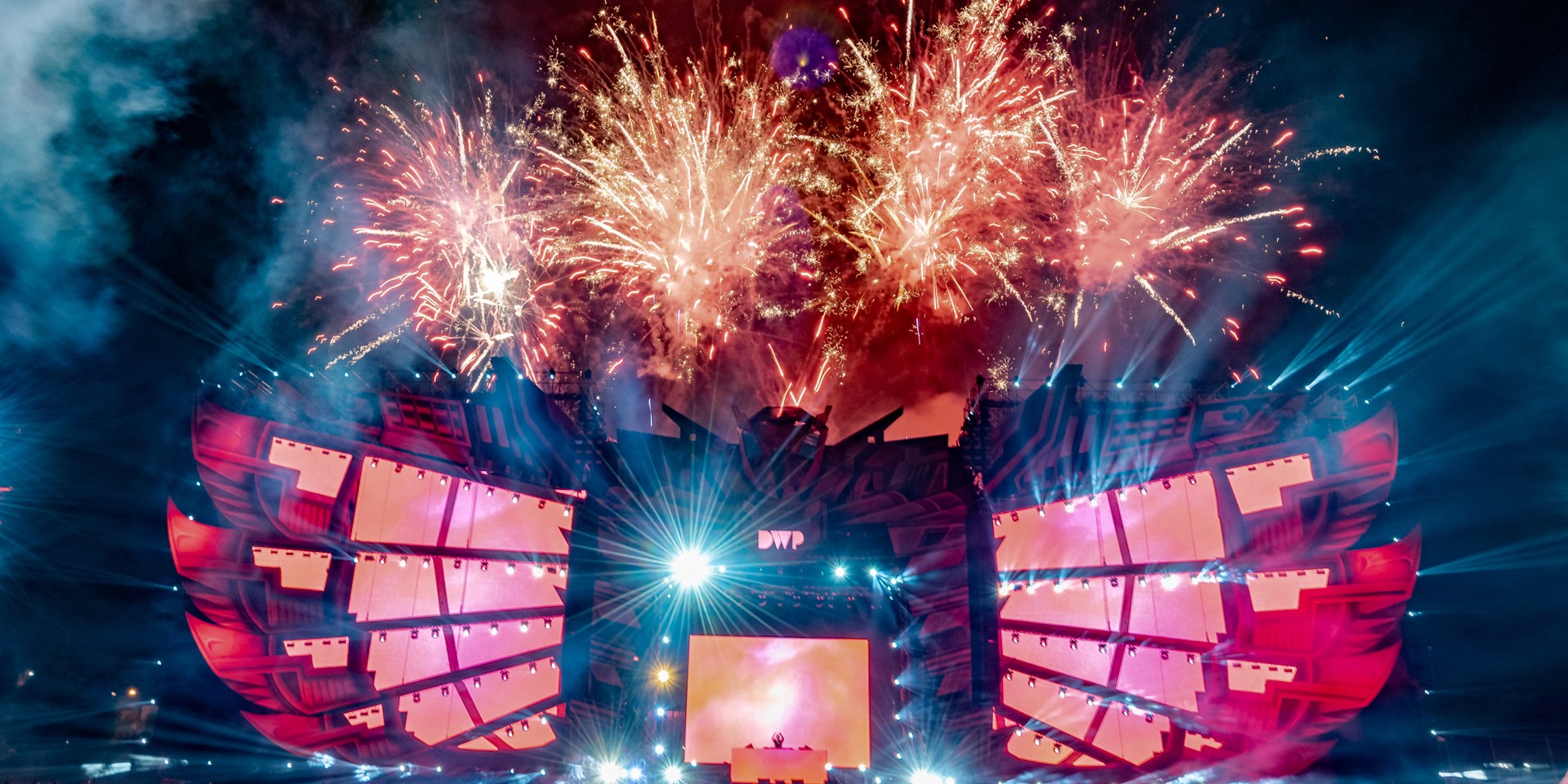 No one does dance music festivals in Asia quite like Djakarta Warehouse Project.

What started off as a nightclub event called Blowfish Warehouse Project at Jakarta’s renowned night club Blowfish in 2008, turned out to be a massive success. The second edition took place in 2010, as a full-fledged festival under its new moniker: Djakarta Warehouse Project (DWP).

Since then, the festival has grown from a single-day party to the biggest three-day extravaganza in Asia. This year, DWP wrapped up its first decade as a festival series, and proved, with its biggest line-up ever, why it is as perfect as a dance music festival can get.

We truly can't wait to see what DWP has in store for us next year, but in the meantime, journey with us as we take a look at the highlights of DWP 2019 below. 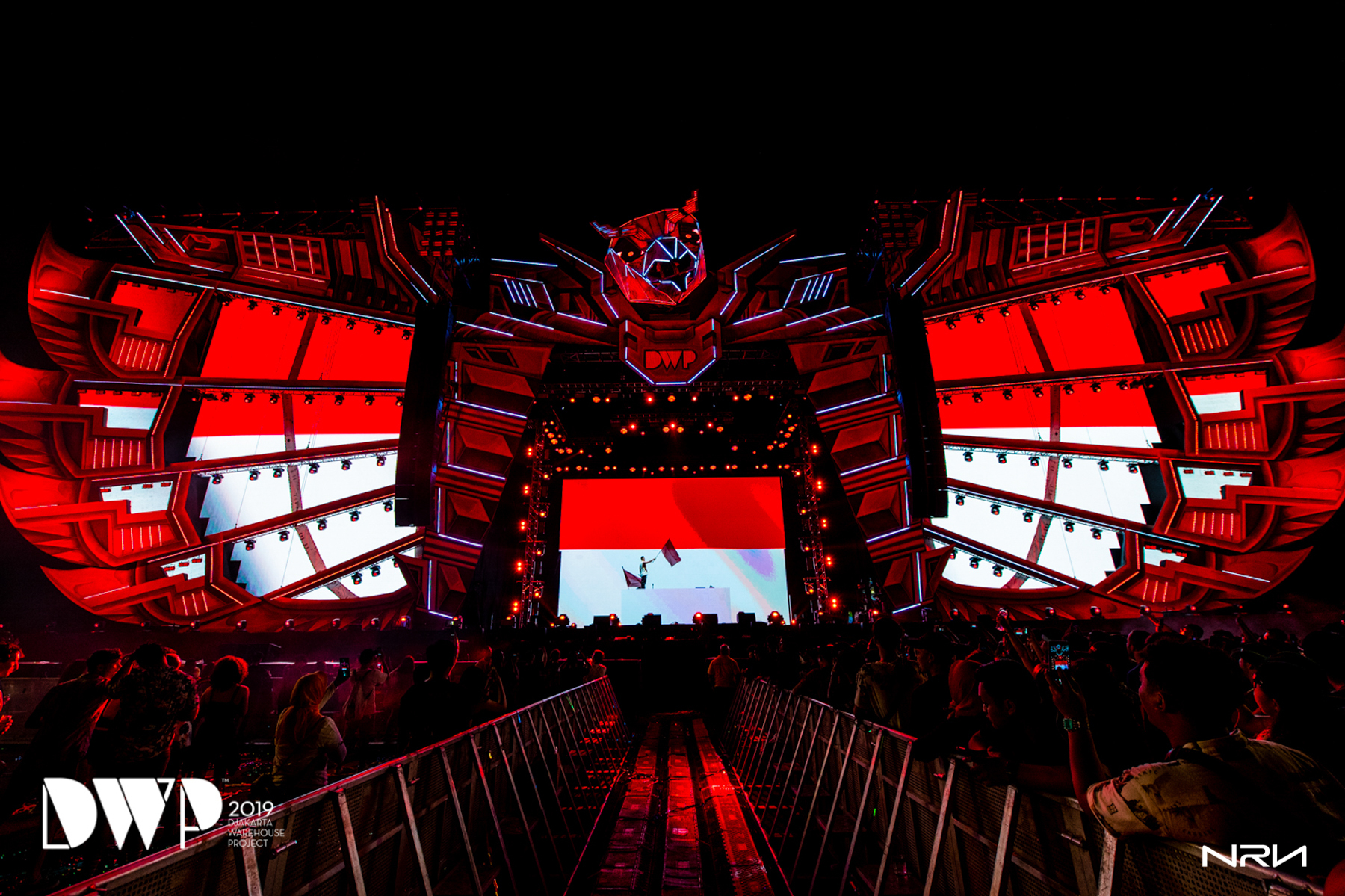 After shaking things up by celebrating its 10th anniversary in Bali in 2018, DWP made its grand return to its home in Jakarta for a three-day homecoming party this year. While the Garuda Wisnu Kencana Cultural Park in Bali was an exquisite festival venue, it cannot be denied that JIExpo Kemayoran is the perfect site for DWP.

And if a three-day return to JIExpo wasn't already a huge deal for longtime followers of the festival, the team at Ismaya Live upped the stakes for its grandest showing yet. This year's line-up was stacked from top to bottom featuring the likes of Calvin Harris, Skrillex, Martin Garrix, Zedd, and Disclosure. And those were just the headliners. Don't even get us started on the rest of the line-up that featured Yellow Claw, R3HAB, Jonas Blue and many others. 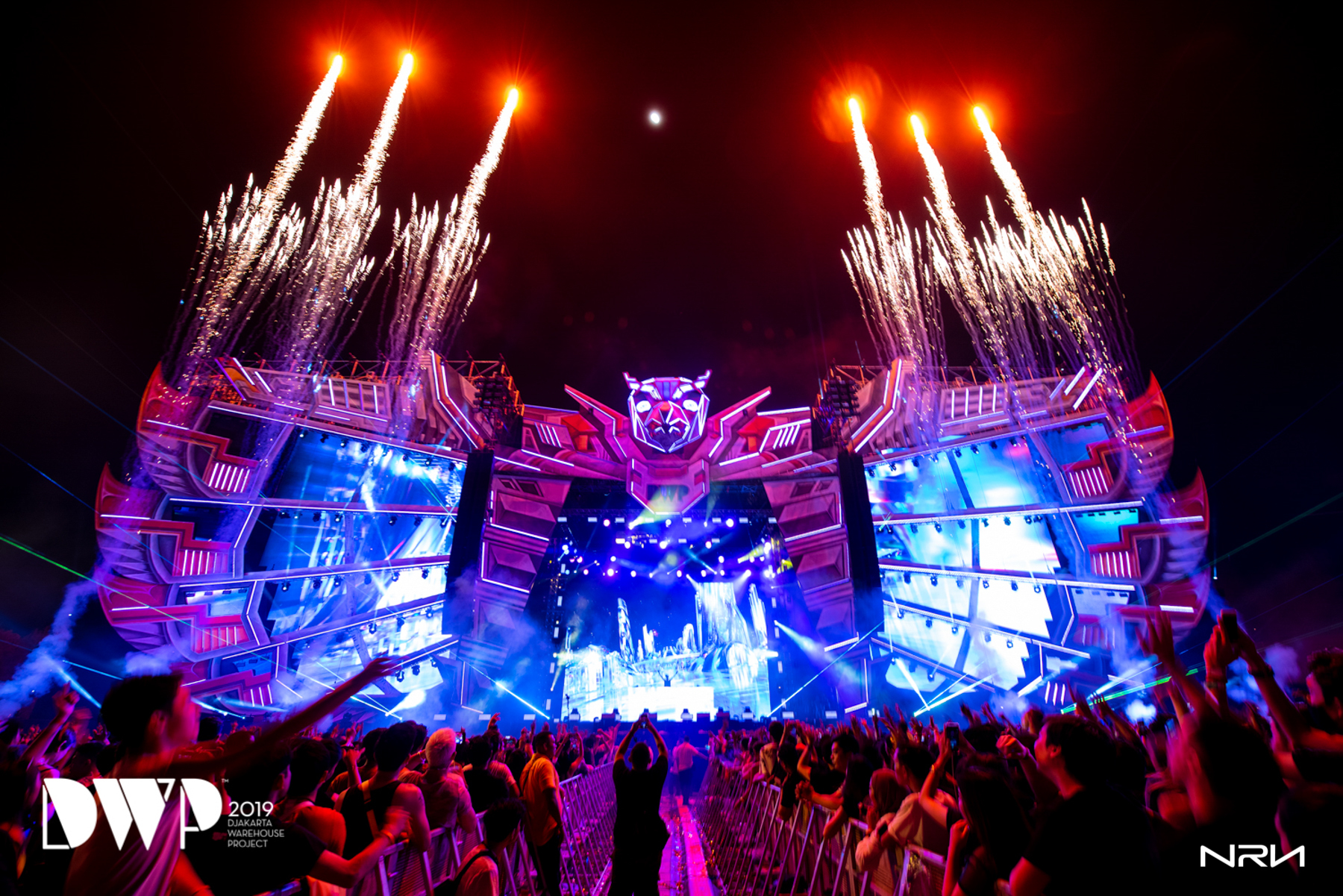 When it comes to a festival of this magnitude, you need the world-class production to match, and DWP 2019 brought in the big guns. Over three nights, festival attendees were dazzled by the iconic Garuda Land stage, a world-famous elrow stage, two massive smaller stages, and a jaw-dropping assault of lights, lazers and pyrotechnics. 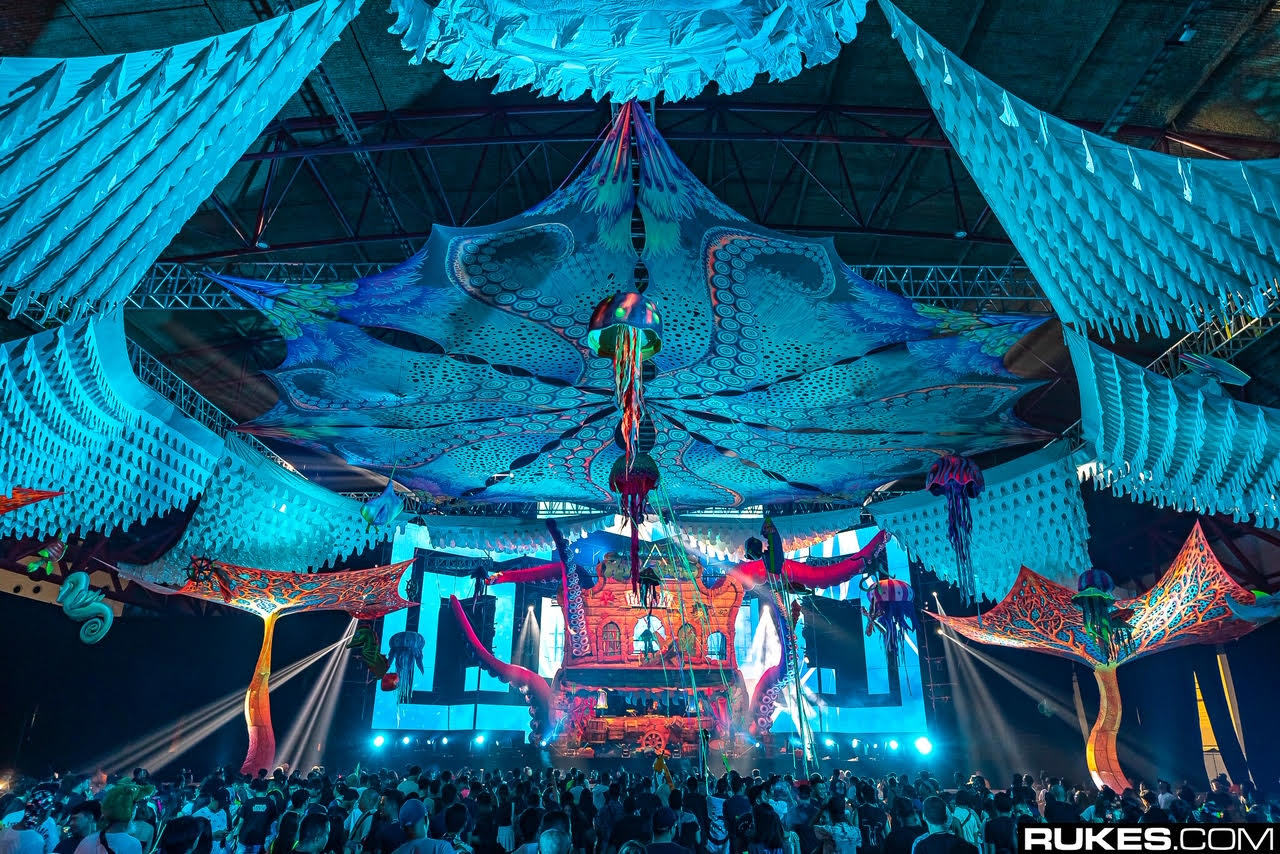 The outdoor Garuda Land stage, which held well over 40,000 people per night, was nothing short of exquisite. The sprawling stage was armed to the teeth with a dazzling array of massive LED screens that further elevated the enthralling sets from Zedd, Martin Garrix, Skrillex and Calvin Harris. 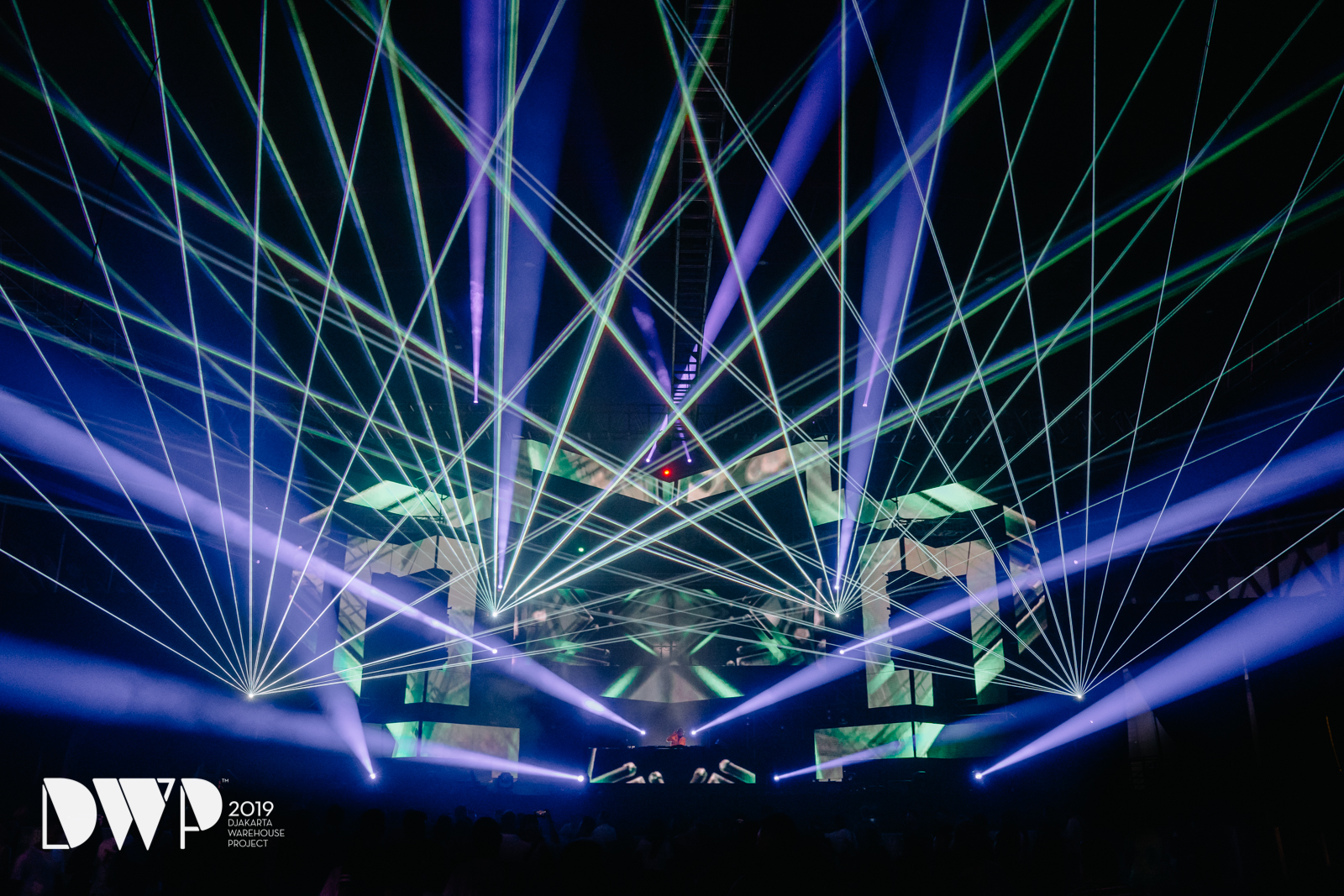 Martin Garrix's return to DWP capped off a massive first night of the festival, with the young chart-topper pulling out hit after hit as the crowd begged for more. And more he delivered. While his set was memorable to say the least, one moment stood head and shoulders above the rest: Garrix got Zedd to join him onstage.

Only one word can sum up the imagery of two of the world's biggest producers standing side-by-side on the decks: Iconic. 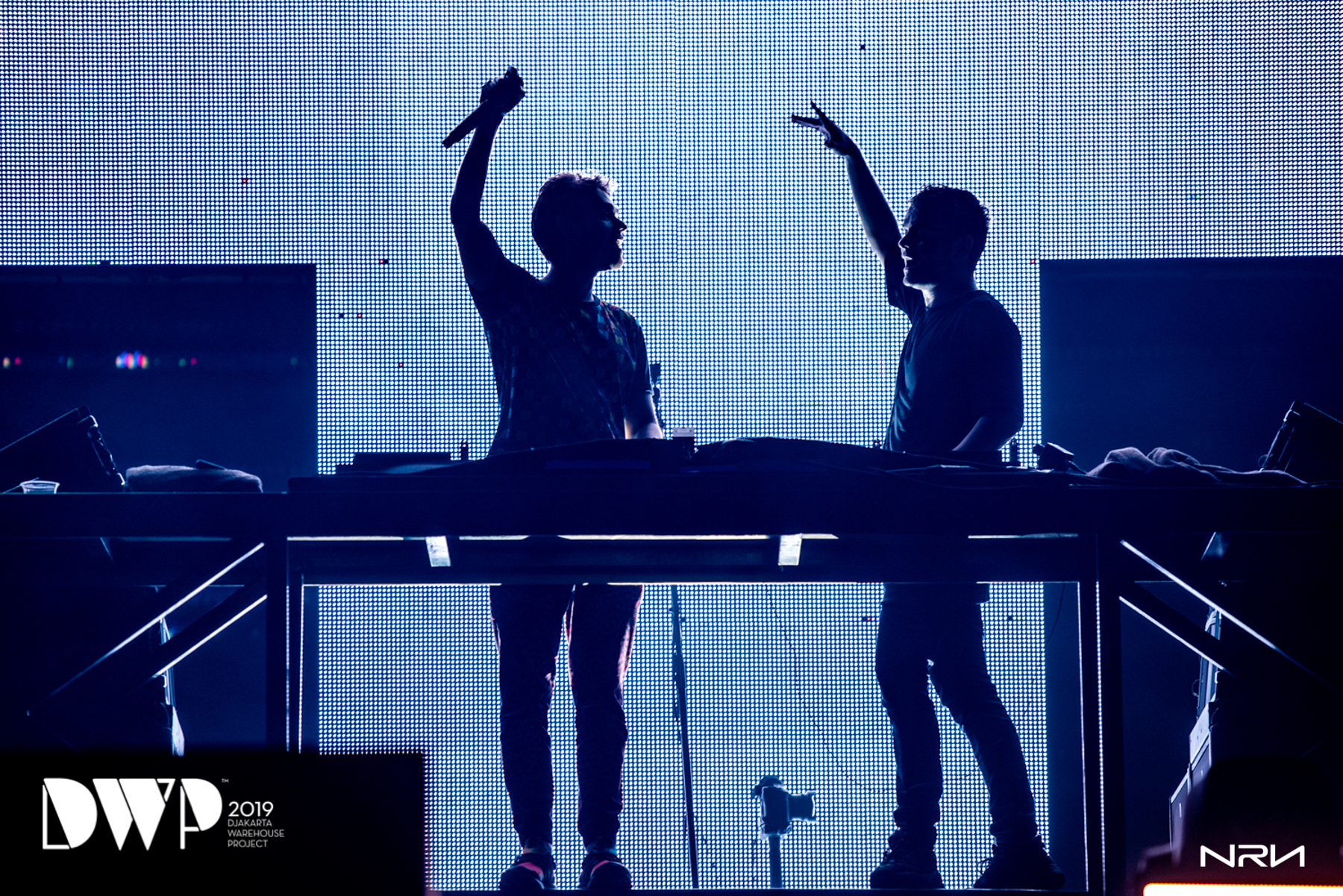 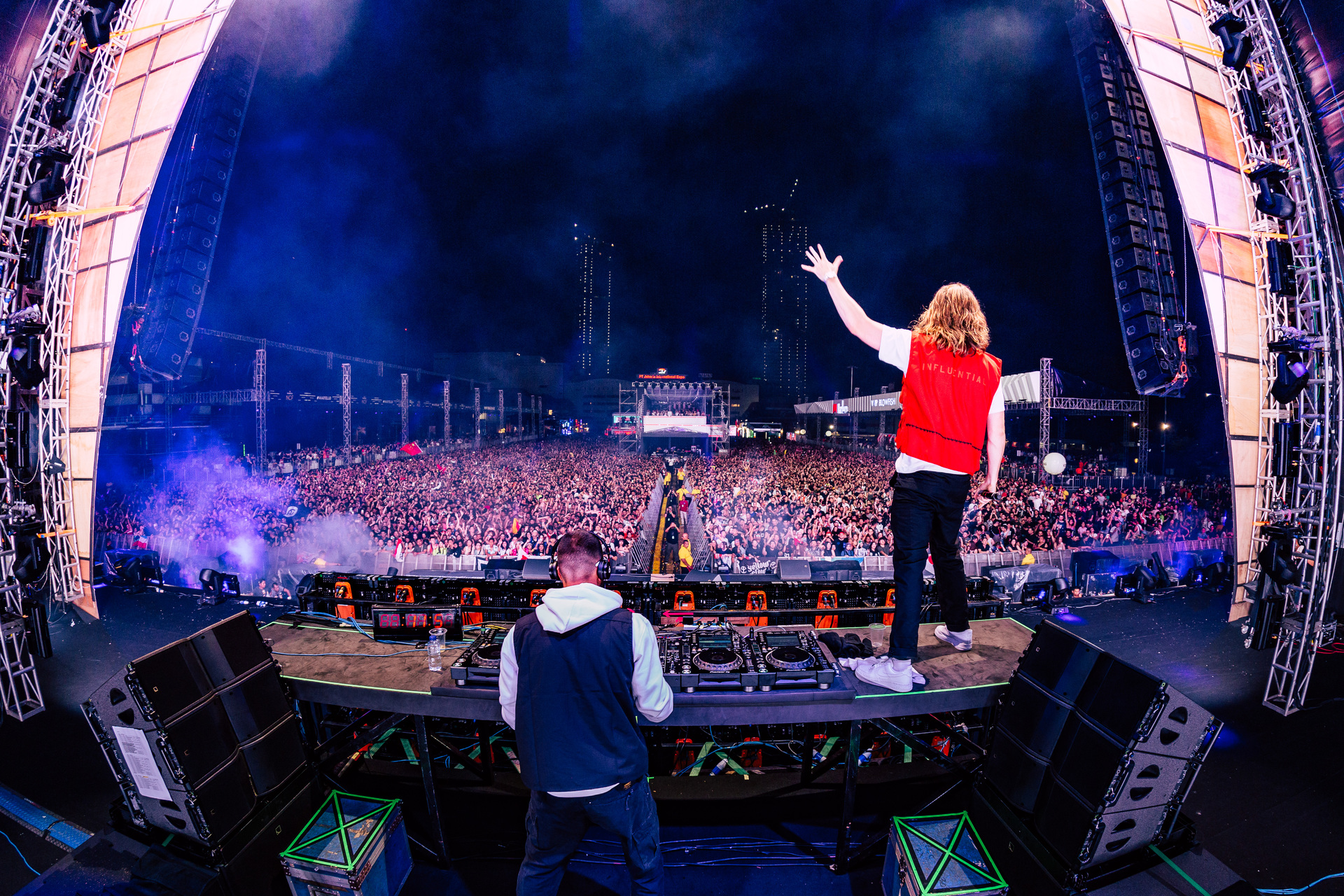 Yellow Claw may be a Dutch duo, and they may be a massive draw all around the globe, but nothing can compare to Yellow Claw's appeal in Indonesia. Since the duo's inception, Jim and Nils have championed the country, even naming its label after Indonesia's mythical Barong.

The last time Yellow Claw played at DWP, they closed out the Neon Jungle stage, which held close to 10,000 people. This time around, they were playing to a capacity crowd on the main stage. And to show their gratitude to the fans' unwavering support, Yellow Claw's hour-long set was a tribute to Indonesia.

Kicking things off with their latest hit, 'Amsterdamned', the duo enlisted the help of viral keyboardist Arindi Putry, before they brought out the likes of hometown heroes RAMENGVRL, SIHK and YB. 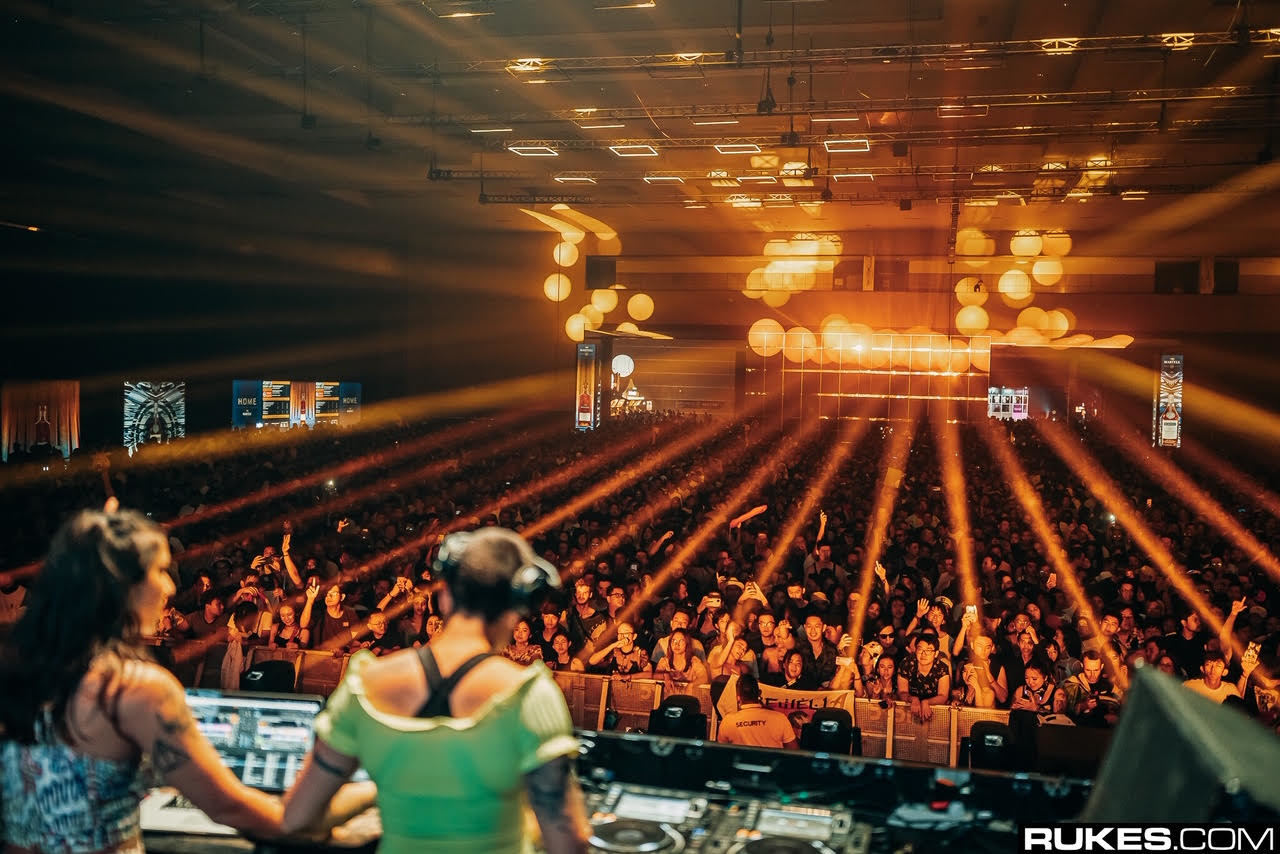 Krewella has been a mainstay in the global dance music scene for close to a decade, so it came as a surprise to many, that the duo hasn't lost a beat. In fact, the duo threw down it's best set in years.

Packing out the Neon Jungle stage at midnight on day two of the festival, the sister duo traded in its patented big room and future-bass sound for non-stop bass bangers, with the occasional hardstyle track thrown into the mix. The capacity crowd lapped everything up as Yasmine and Jahan breathed new life into a tired crowd. 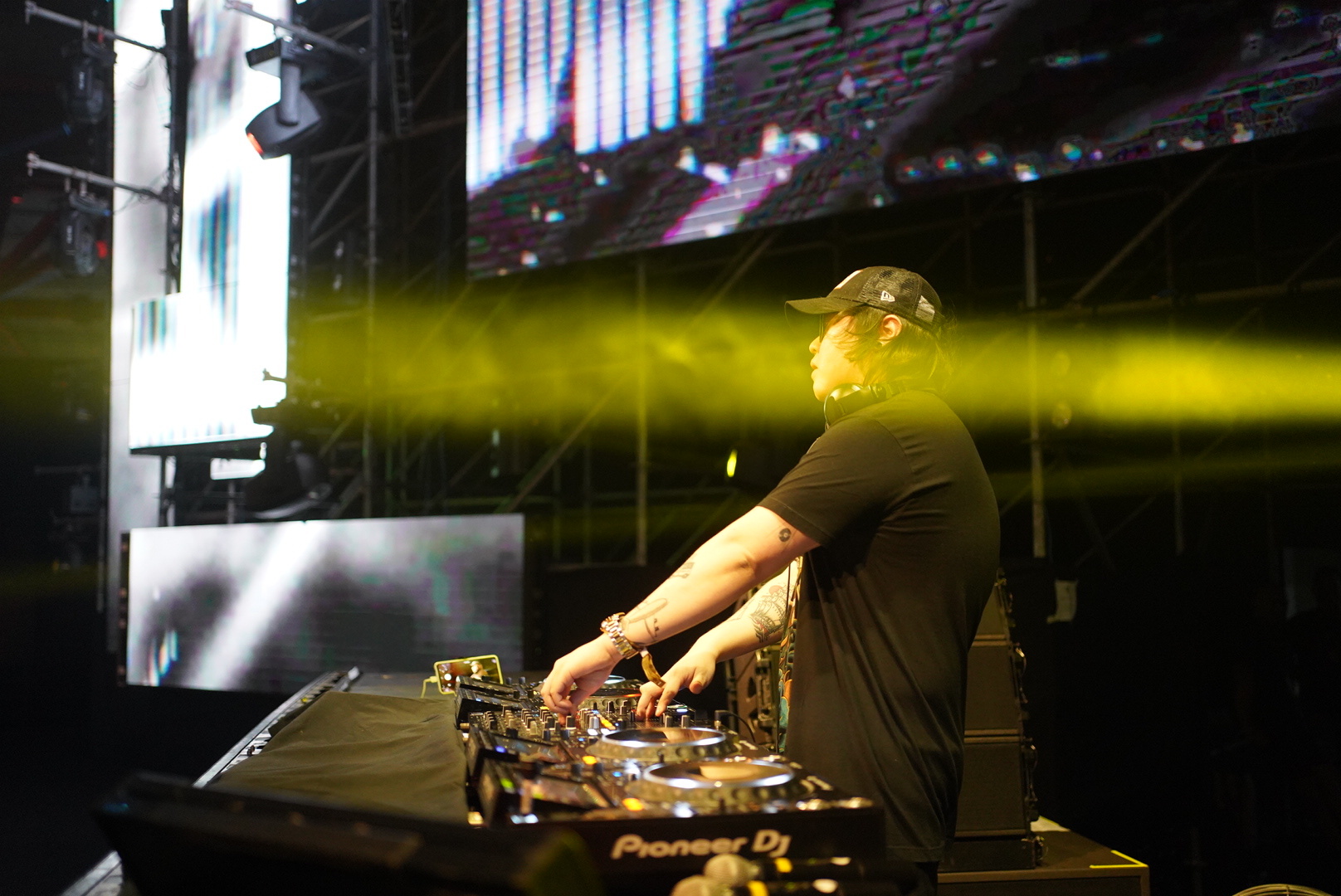 DWP 2019 saw the return of many international superstars, but it also bore witness to the arrival of hometown hero Sihk. Playing to a hyper energetic crowd at the Barong Stage on day one, the Indonesian producer set the tone for the rest of the weekend with an hour-long set that saw back-to-back mosh pits, headbanging and Sihk's unique style of blending bass music with heavy metal for a refreshing sound that easily stood out over a full weekend of dance music. 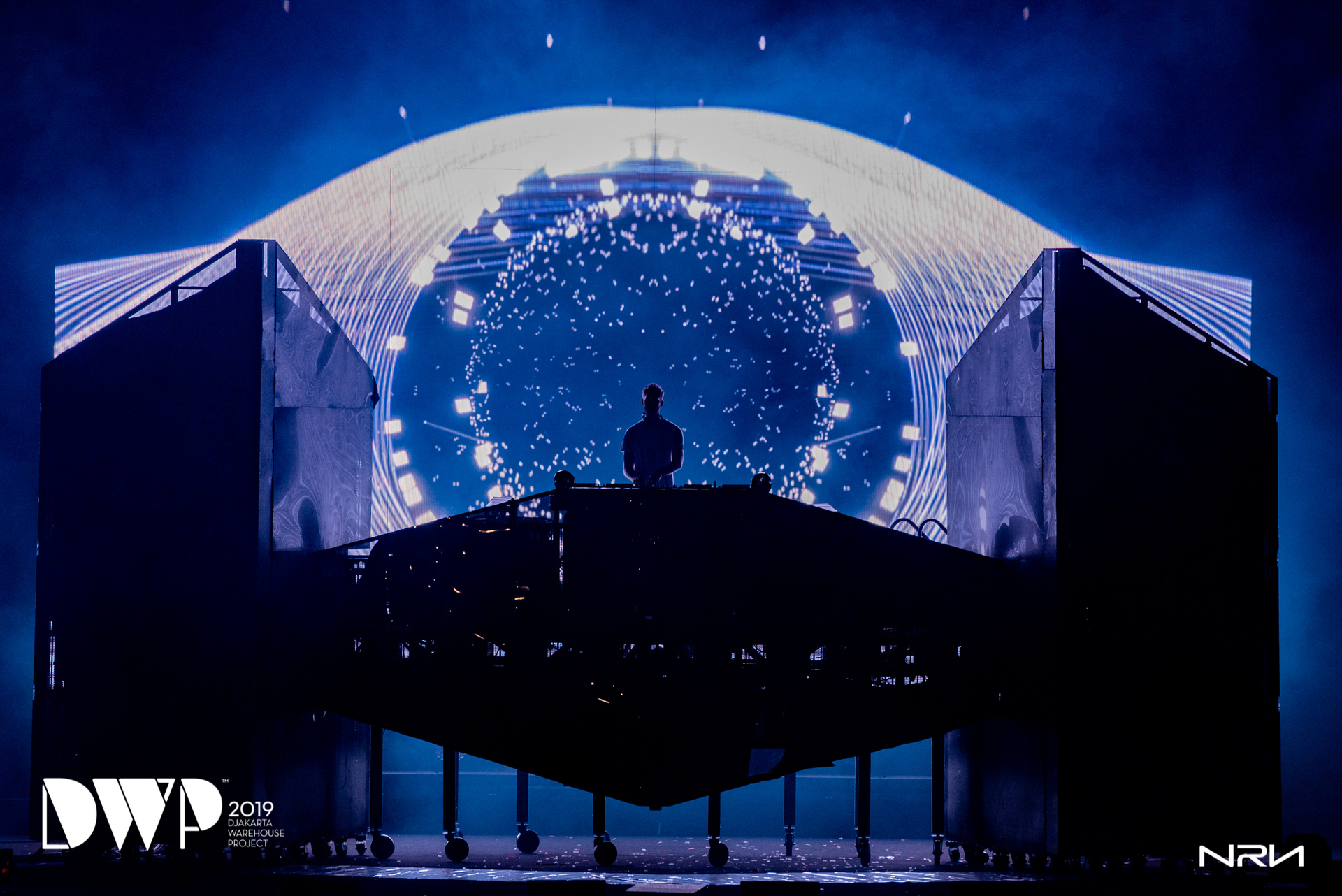 After seven long years, Calvin Harris made his highly anticipated return to DWP in 2019, and needless to say, it was worth the wait. DWP broke all barriers with its larger-than-life but Calvin Harris pushed the limits even further into the cosmic realm with his own stage design.

As he loomed high above the crowd on his gargantuan set-up, the Swedish hit-maker made sure to play his biggest hits, such as 'We Found Love', 'Under Control', 'Summer" and 'How Deep Is Your Love'. 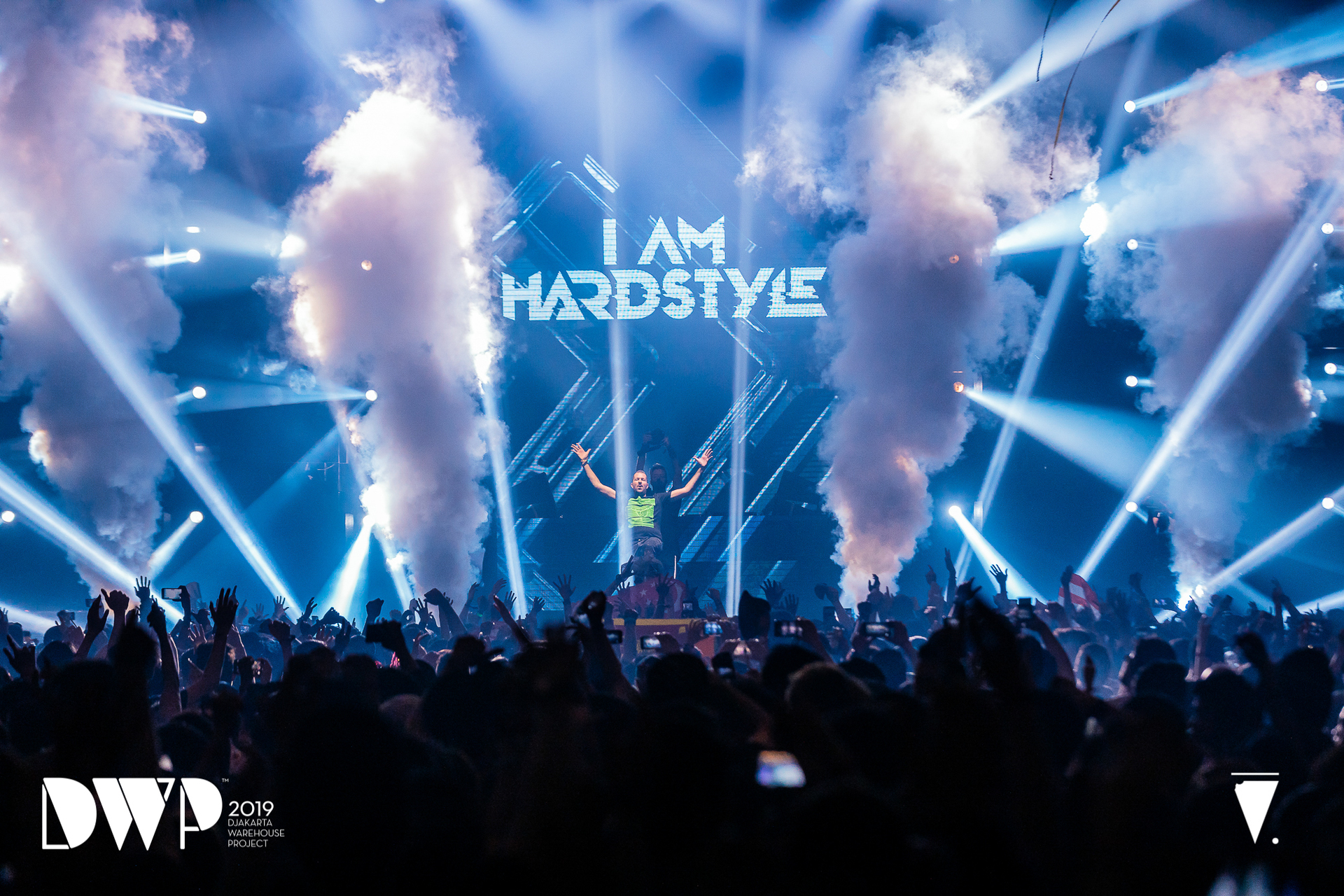 A last minute replacement, Brennan Heart was enlisted to replace Salvatore Ganacci, who had to cancel most of his Asia tour. While some fans were distraught at the thought of not being able to see Ganacci's hilarious onstage antics live, Brennan Heart proved to be the right replacement choice, as he closed out the entire festival with a picture-perfect set.

The godfather of hardstyle, Brennan Heart made sure to give DWP the hardest closing its ever had, as fans gave him every ounce of energy they had left. Throughout his 90 minute set, Heart played his biggest hits, such as 'Fight For Something', 'Blah Blah Blah (Brennan Heart Remix)' and 'Imaginary'.

When all was said and done, when all the confetti had fallen onto the floor, and the houselights turned on, it was evident that the fans were more than pleased with the final set of DWP 2019, as they turned around and began shuffling out of the convention centre with satisfied grins plastered on their faces.

Special thanks to Ismaya Live for the invite.