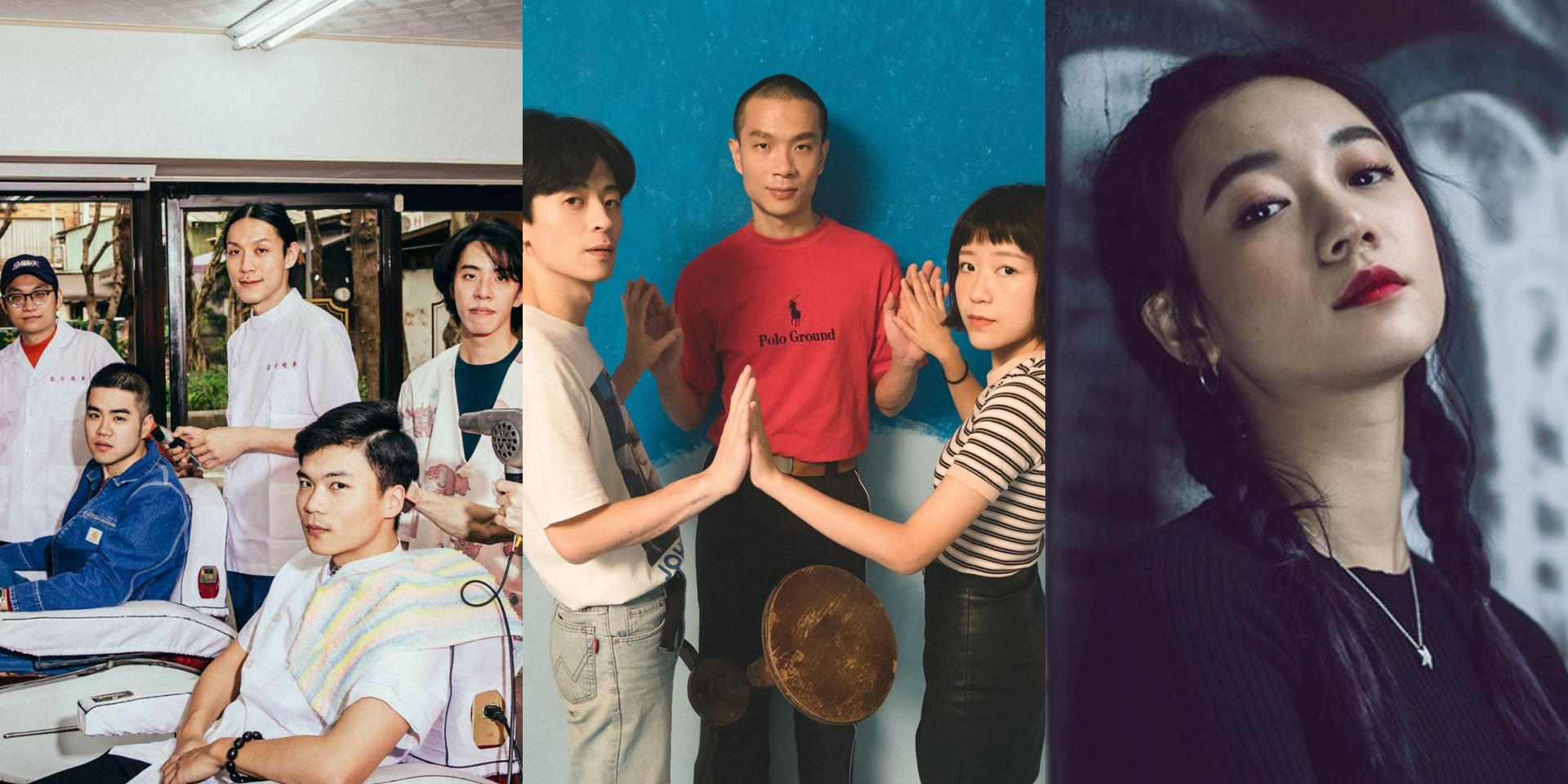 The vibrant landscape of Taiwanese music has flourished gloriously beyond its localised origins. Stemming from its historical roots of opera and folk, the music has transcended its initial sonic and genre boundaries while still remaining faithful to its cultural essence. More significantly, what is more immediately reflective of its growth is its universality: Taiwanese music has travelled across space to reach previously unprecedented places.

Many artists have achieved international status today, such as Jay Chou and Mayday. Jay Chou, one of the biggest names in pop music today, subverted all expectations of Mandarin pop music. He has toured America, Japan, China, Australia and more. Pop rock band Mayday, in their latest Life Tour, visited 55 cities, including places in Australia, North America, Paris and London, and held 122 shows which were almost sold-out, resulting in additional shows in several cities.

The worldwide appeal of Taiwanese music is undeniable, and its full potential has not even been reached yet.

Most notably, Taiwanese music is marked by its diversity in sound and a genre-defying pool of artists.

Living in a multi-ethnic society, comprising Hokkien, Hakka and indigenous people, Taiwanese listeners grow up in an environment where heterogeneity is the norm. As a result, the exploratory spirit of listeners unsurprisingly makes them fans of both Western and Eastern music, and more significantly, drives the demand for compelling, experimental music which has steadily been on the rise.

Similarly, that fearless and musically omnivorous spirit can be seen in Taiwanese artists. While several big names dominated the ecosystem in the past, there has been a flood of new and rising artists, inevitably contributing to the blurring of ‘indie’ and ‘mainstream’ spheres. With music backgrounds not rooted to any particular genre or tradition, these artists have defied traditions and constructed spaces for themselves that lie across the intersections of genres. This unique blend of sounds have come to define much of their music today.

Other defining aspects of Taiwanese music include language and its folk roots. Even till this date, artists are putting out music in both Mandarin and Taiwanese, namely rock band EggPlantEgg, indie rock band Amazing Show, and more. The poetics of their lyrics are also amplified by the multiplicity of languages, and they also reflect the realities of living in Taiwan. The lyrical beauty of much of these songs is magnified with the emotional storytelling that artists often manifest in their sonic canvas.

But Taiwanese music does not forget its roots in opera and folk. One can still hear influences of folk in much of the soundscape today, even in ways that fuse with other genres such as rock.

Below, we introduce several Taiwanese artists – Sodagreen, A-Lin, Eric Chou, Eli Hsieh, Sunset Rollercoaster, Julia Wu, Elephant Gym and The Fur. – spanning genres and styles, and place their sound alongside Western artists. If you enjoy the music of these Western musicians, you might very well find something you like in their Taiwanese counterparts.

Sodagreen first emerged in the Taiwanese indie scene in 2001 and has propelled into widespread popularity over the last two decades with its distinct blend of folk, rock and pop. At the 27th Golden Melody Awards in 2016, the band won an outstanding four awards, namely Best Band, Best Mandarin Album, Best Album Composer and Best Lyrics.

One of the most defining features of the band is its unique position at the crossroads of the mainstream and indie spheres, amassing considerable listenership without losing its original indie sound. As a result, being one of the first indie artists to achieve such widespread acclaim, the band has inevitably paved the way for rising indie artists today.

Other than the extensive discography, frontman and songwriter Wu Qing-Feng’s striking vocals have also solidified the band’s presence. Unheard of in the Taiwanese scene, his ethereal and exceptionally wide-ranging voice is often described as "androgynous", with his falsetto soaring effortlessly in many of the band’s offerings. In 2018, he began his solo career with his first single 'Everybody Woohoo' in collaboration with jazz and R&B chanteusse 9m88. He has also just released his first solo album, 'Spaceman'.

The band has gone on hiatus since 2016, but has also announced that it is not disbanding. Some of the band’s most well-known tracks to date include ‘小情歌’, ‘我好想你’ and ‘下雨的夜晚’.

If you like Passenger and Vampire Weekend, check them out!

Taiwanese aboriginal pop chanteuse A-Lin, often known as “a born diva”, is widely recognised for her exceptional singing and vocal range. She burst into stardom in 2006 with her debut album Lovelorn, Not Guilty (失恋无罪) and has since built an extensive discography of nine studio albums. Sometimes labelled as the next A-Mei, Queen of Mandopop, she has achieved rapid commercial success and has also won numerous music awards, including the Artist of the Year at the 11th KKBOX Awards and Most Popular Female Singer (Hong Kong/Taiwan) at the QQ Music Awards.

In recent years, she has started to produce her own albums and also worked with other renowned singers such as Sia, Eric Chou and J.Sheon on her self-titled album unveiled in 2017.

With her powerful vocals, she has crafted a space for herself in the Taiwanese music scene, with her catalog of potent, heart-wrenching ballads. Some of her mega-hit tracks include ‘A Kind of Sorrow’, ‘Give Me A Reason To Forget’ and ‘Forget Love’. In her recent albums, however, she has veered away slightly from lovelorn pop towards upbeat R&B, electronic and funk-tinged tracks.

If you like Jessie J and Demi Lovato, check her out!

Known for his sentimental, lovelorn ballads, Eric Chou has shot to the forefront of Taiwanese pop in the last few years. Born in Taiwan but having spent his teenage years in Boston, he delivers a mix of both Mandarin and English tracks in his discography. Solidifying the future trajectory of his sound with his debut single in 2014, ‘My Way To Love’, he has since shared an EP and three studio albums, the latest one being The Chaos After You, and each release has only elevated his position in the scene.

With his raspy, tender vocals, he croons directly into the soul. Known for his strategic use of falsetto, he injects his ballads with a potent dose of emotion and sends tremor after tremor through the shared sonic space between him and his listeners.

Besides the ballads which he is known for, he has also eased into a more upbeat position in the spectrum of pop, delivering a greater number of R&B and electronic tunes especially in his latest album, proving his versatility and a refusal to be bounded by the labels on his music.

If you like Charlie Puth and Tom Odell, check him out.

Eli Hsieh had his first glimpse of stardom when he was 13, after participating in the first season of music reality competition One Million Star. A few years later, he began to perform at live houses and solidified his position as a singer-songwriter, before finally releasing his debut album Progress Reports. He was awarded Best New Artist at the 27th Golden Melody Awards in 2016 with Progress Reports. This year, he was nominated for three categories, namely Best Album, Best Mandarin Album and Best Male Mandarin Artist, with his sophomore album 爱丽丝 Where Are We Going?.

Known for his mellow, introspective, and sometimes deceptively cheery tracks, Hsieh delivers waves of melancholy with his plaintive vocals and lyrical messaging. Often accompanied by only an acoustic guitar, he conveys a gravity and an urgency that are not diminished by the simplicity of his sound, but instead, only made more stark. His most recognised tracks, ‘燈光’ and ‘你的行李’, are testament to the profundity that brims in his music.

If you like John Mayer, Amos Lee and Seafret, check him out.

City-pop band Sunset Rollercoaster has been leading Taiwan’s wave of New Romantic movement in recent years. Known for its ‘80s-influenced brand of chilled-out, breezy pop, tinged with psychedelic elements, the five-piece band has captivated listeners in Asia and beyond with its spellbinding discography. They unveiled their debut album Bossa Nova in 2011, but they only truly burst into wider consciousness with their first EP My Jinji which solidified their sound, subsequently becoming one of the first Asian acts to perform on Audiotree Live.

Across its discography, which is fully in English, the band delivers various manifestations of love. Relying heavily on instrumentation to convey the myriad emotions, the lead vocalist croons lightly, and the combined effect is a wholly enveloping experience with its sonic cushion of reverb and woozy, laid-back synths.

If you like Tame Impala and Beach House, check them out.

Rising R&B crooner Julia Wu has come to establish herself as one of the fastest-rising artists in the genre. Labelled as the “female Khalil Fong”, she has demonstrated her multi-faceted sound, marked by a ‘90s-influence and supernaturally chilled-out fluidity, and has crafted a space for herself between the spheres of R&B and hip-hop.

Her latest album 1994 依旧旧事 is an experimental dive into ‘90s funk and R&B music, marked by shimmering synths, crispy snare drums and full-bodied harmonies. Since then, she has released two singles, ‘Higher’ and ‘Fever’, with both Mandarin and English versions.

She has notably collaborated in ‘买榜’ with rapper Kumachan. In 2017, also was a part of the epic hip-hop collaboration ‘走到飞’ with rap pioneer Dwagie and other esteemed names such as ØZI, Trout Fresh, Barry and Kumachan.

If you like Sabrina Claudio and Daniel Caesar, check her out.

Three-piece math rock band Elephant Gym is driven by its experimental sounds and whimsical rhythms, with influence from the likes of Japanese bands such as toe, LITE and tricot.  Most uniquely, the band places the bass, an often secondary instrument, at the forefront of its energetic, resplendent sound.

The band most recently released its second studio album Underwater in 2018, testifying to its growth and maturity over the years. Simultaneously building on their math rock foundation and stepping past the confines of the genre, they boldly included rap segments, electronic elements, and vocal parts in Taiwanese in this record, showcasing a new, multifaceted sound that still retains its classical and jazz influences.

Earlier this year, the band appeared on Audiotree Live and performed some of their top hits, including ‘Spring Rain’, ‘Underwater’ and ‘Finger’.

If you like TTNG and Foals, check them out.

Indie dream pop band The Fur.’s music is meant to be a reflection of its name – comfortable and breezy. Combining an ‘80s synth pop sound, uptempo beats and an appropriate dose of distorted vocals, the trio effectively delivers an exquisitely shimmering tapestry of sound on which one can unspool one's reveries.

The band burst into the ether in 2018 with its debut studio album Town. This year, it was nominated for the Best New Artist award at the 30th Golden Melody Awards and the 10th Golden Indie Music Awards. In August, the band also released its first EP Best Comedy.

If you like No Vacation and Turnover, check them out!

Check out our article on the new wave of Taiwanese hip-hop artists here.