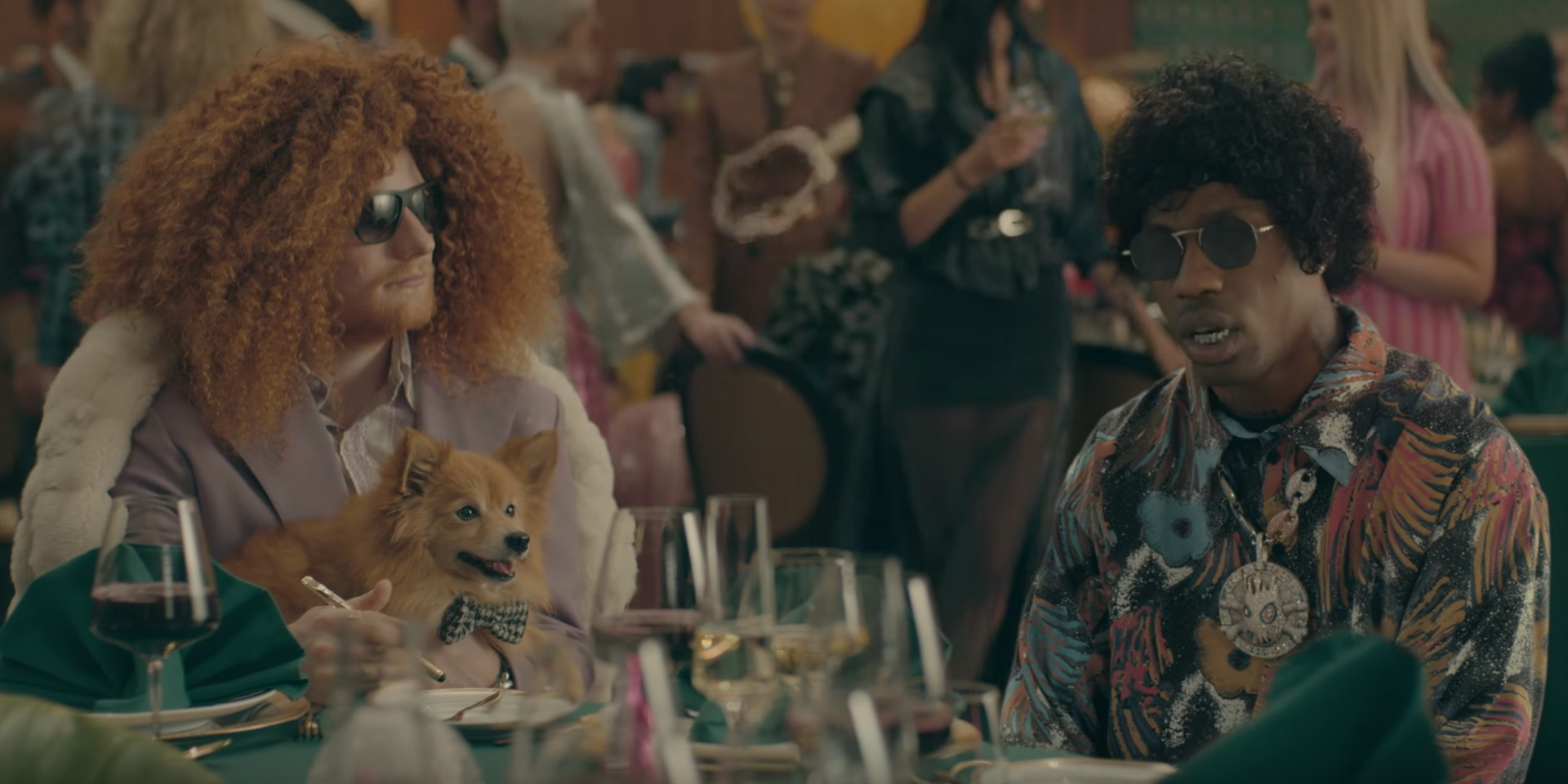 The music video for 'Antisocial', Ed Sheeran's joint track with Travis Scott is finally here, and it's packed to the brim with Hollywood references.

Directed by Dave Meyers, the visuals for the track include wacky tributes to Kill Bill, Day of the Dead, The Martian, Birds, Edward Scissorhands, Pulp Fiction and more.

'Antisocial' is the latest single off Sheeran's No. 6 Collaborations Project album, which also features the likes of Bruno Mars, Cardi B, Eminem, Skrillex, H.E.R., Justin Bieber, Khalid and more.

Check out the music video for Ed Sheeran and Travis Scott's 'Antisocial' below. A behind the scenes clip of the video can be found below.

More behind the scenes of Antisocial. What you will learn from this is when I’m working with animals I try to shake their hands when I meet them #dogshavefeelingstoo