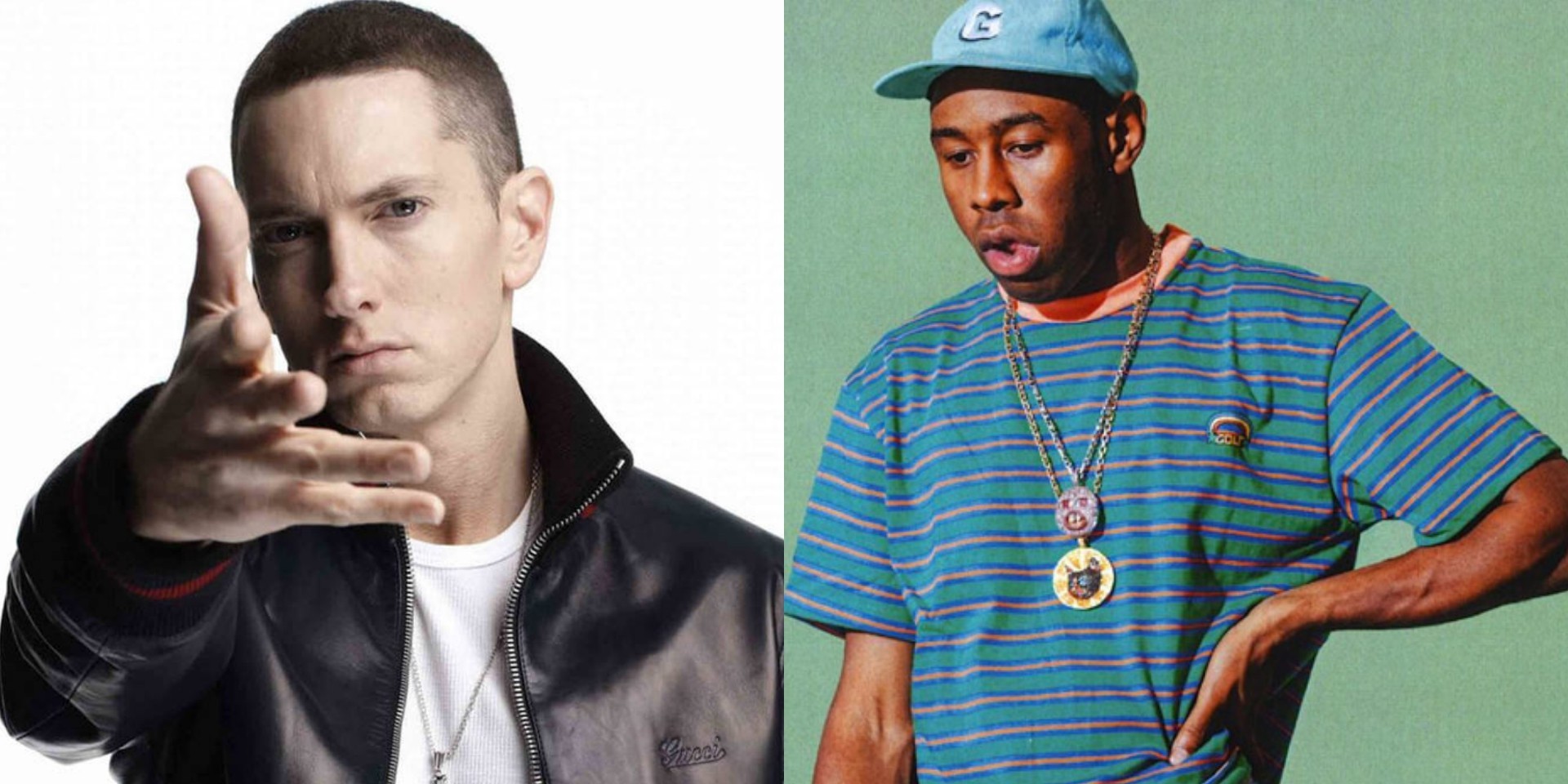 Eminem has been on the warpath lately. Whether his kill-em-all outbursts are engines with which to propel his 10th and latest album Kamikaze, which he surprise-released two weeks ago is anyone's guess. Besides displaying his distinct, hyperkinetic flow, the 13-tracker also is a feast of shots-fired drama. Tyler, the Creator is one rapper who was on the receiving end of Eminem's barbs and now, the latter has publicly apologised for the homophobic nature of one of his insults to Tyler.

Eminem takes aim at Tyler on the song 'Fall': "Tyler create nothin’, I see why you called yourself a f****t, bitch".

But earlier this morning, he addressed and recanted that statement in an interview with Sway. "I think the word that I called him on that song was one of the things where I felt like this might be too far,” he admitted, adding, "in my quest to hurt him, I realize that I was hurting a lot of other people by saying it. ... It was one of the things that I kept going back to and going 'I don’t feel right with this'".