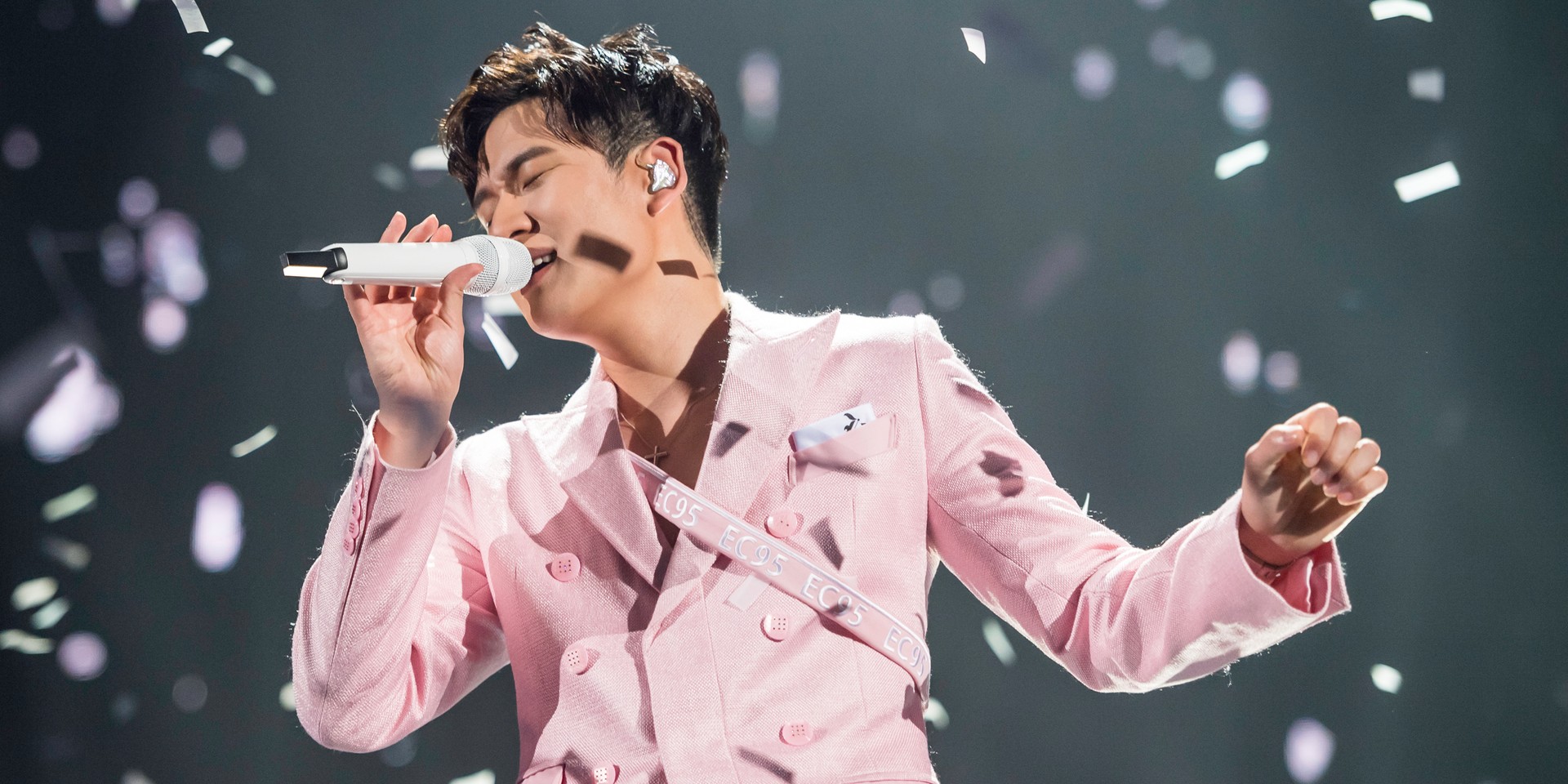 Over the last few years, mainstream Mandopop has seen the ascendant of its newest king of lovelorn music – Eric Chou. The massive growth in his popularity is evident in the venues he played at in Singapore over the years, from Shanghai Dolly in 2016, to Downtown East D'Marquee in 2017, to Singapore Expo last year, and finally to playing two sold-out shows at the Singapore Indoor Stadium last weekend.

Throughout the night, what was most striking was how he showcased the duality in his discography. Effortlessly transforming from ballad prince to charismatic pop chanteur, he created a spellbinding, eclectic experience that awed, inspired and moved all at once. 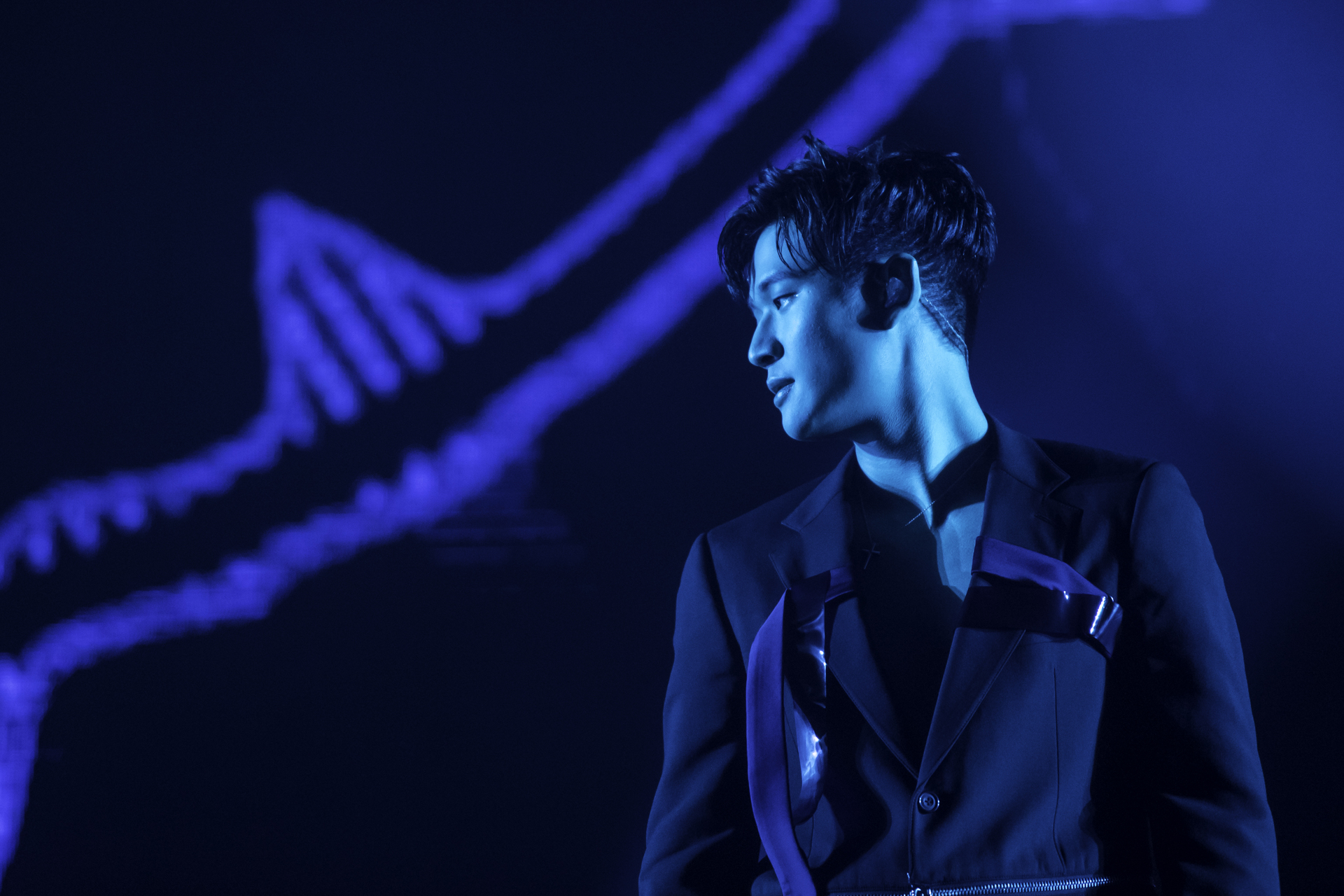 Swathed in an electrifying sea of vivid reds and blues, he illuminated the stage with a series of electro-pop hits, including 'Nobody But Me', 'Shutter in Love' and 'Let It Go'. Backed by a spellbinding, gargantuan panel of projections and infectious backup dancers, what unfolded before our eyes was a visually-arresting sight to behold.

In his first speech of the night, devoid of thumping bass and dazzling laser beams, his boyish charms soon became apparent, a visible and endearing contrast to the exhilarating opening. "This concert tonight belongs to us," he said in Mandarin with a shy smile, "This is your KTV, okay?"

A hush descended upon the crowd as the next segment softly unfolded. Longing, regret and grief ascended to a profound level of poignancy and all we could do was take everything in with reverence. A solitary dancer, trapped in a bubble, took centre-stage during 'At Least I Remember', as Chou spilled his sorrows, blind to her almost-desperate movements. The visual story-telling continued in an interlude, as two dancers traced their love story with their bodies. In 'Smile With A Broken Heart', Chou unraveled his heartache with his husky croons, looking on at the dancers with a forlornness that betrayed his yearning for an otherworldly love that once belonged to him. 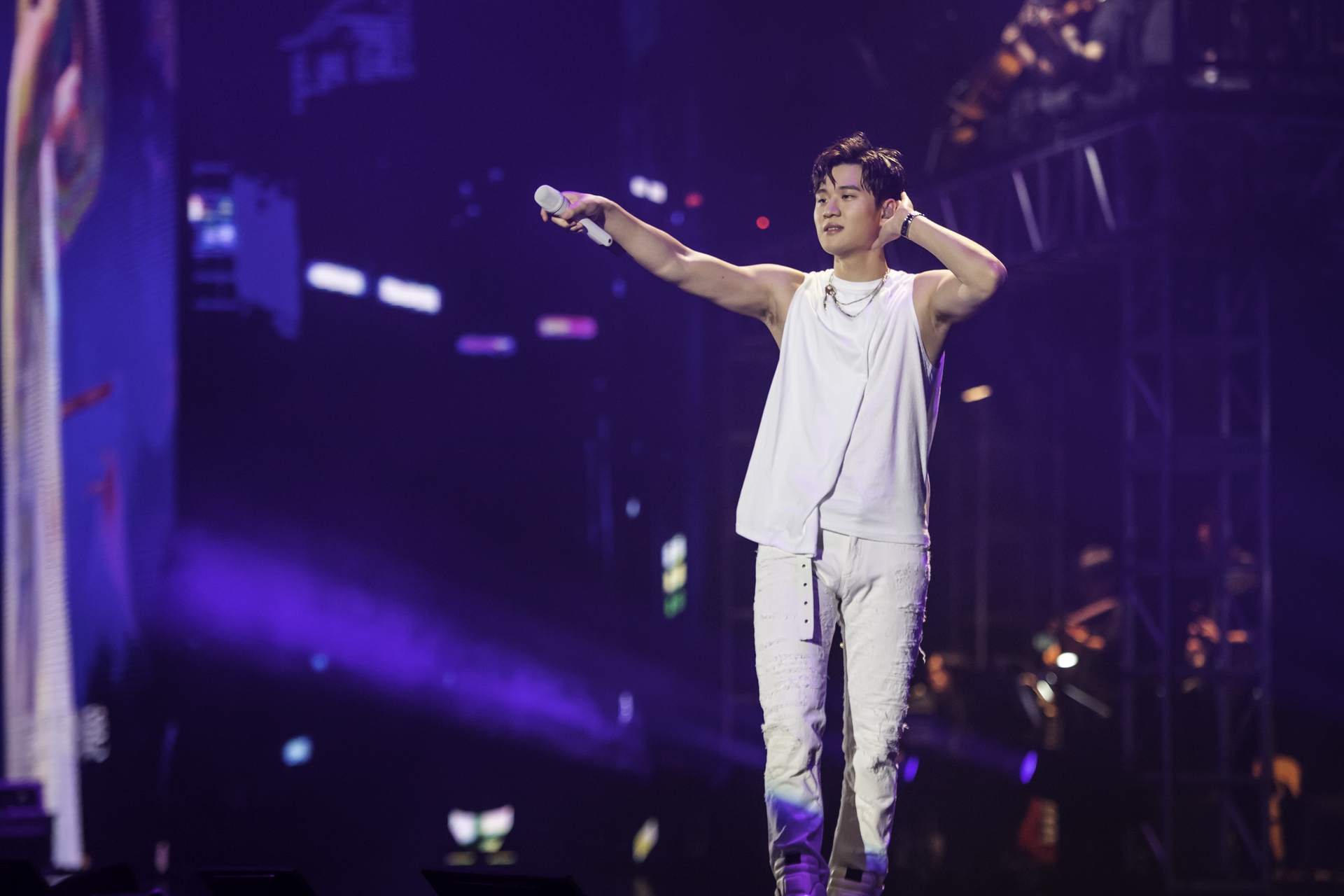 Throughout the night, Chou plaintively delivered some of the defining tracks in his discography, including his debut track 'My Way To Love', 'What's Wrong' and 'This is Love'. Captivating the crowd with an ultimate fanservice, he invited a fan on stage, cheekily teasing and hinting at what's to come in Mandarin, "The next song is a love song I used to listen to. When I was younger, I would share my earpiece with my partner," before serenading her with Jay Chou's 'Simple Love'.

In a massive duet with the crowd, he delivered a saccharine, romantic ballad 'The Way You Make Me Feel', accompanied by projections of fans on the big screen, prompting an array of reactions from shy giggles to finger hearts. Appearing to enjoy this audience interaction, he laughingly said, "There's still a chance for you to be filmed in the next song!", before continuing with 'No One Like You'. 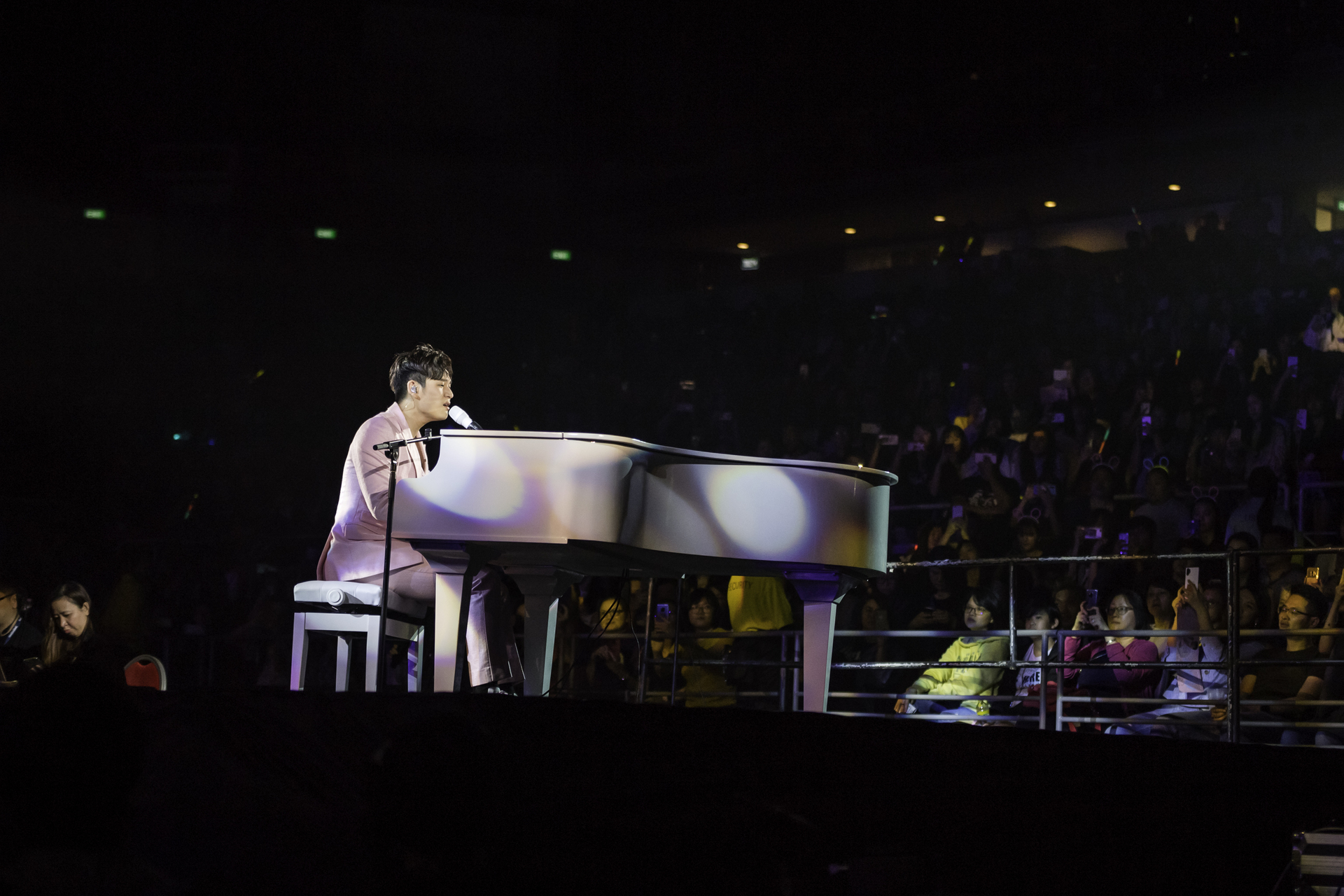 Surprising fans, he appeared at the second stage and showcased his musical prowess on the piano once again, delivering 'Unbreakable Love 爱在身边' and 'Unbreakable Love 永不失联的爱'. Mere metres away from fans, he playfully posed for photographs and sang an a cappella segment of 'The Distance of Love' on request.

Returning to the main stage and tugging us into a state of melancholy that lingered in the air all night, he soulfully delivered 'The Chaos After You', 'The Distance of Love' and 'What Love Has Taught Us' as confetti rained down, swirling lightly around his lone figure, creating an ethereal image that would likely transcend time. Before the night closed, he bestowed upon us the honour of being the first witnesses to an unreleased song '小时候的我们'.

The final song, 'How Have You Been', aptly called attention to the full circle this concert has come and symbolised a promise for our next meeting. As the final chords dissipated and cheers filled the stadium, I was already awaiting the next time we would share the same space again and exchange this simple yet poignant question, "How have you been?".

Special thanks to UnUsUaL Entertainment for the invite.

Nobody But Me
Shutter in Love 音乐快门
Let It Go
Freedom 终于了解自由
At Least I Remember 至少我还记得
Smile With A Broken Heart 我知道要微笑
My Way To Love 学着爱
What’s Wrong 怎么了
Something about LA
Simple Love 简单爱
This Is Love
Shallow (ft. Kelly Cheng 郑心慈)
The Hidden Happiness 幸福藏在哪里 (Kelly Cheng)
As Far As I Can Go By Missing You 想念是最远旅行 (Kelly Cheng)
Old Days
Without Her
Lies 同义词
The Way You Make Me Feel 粘粘
No One Like You
Happiness At Once 快乐一次拥有
Unbreakable Love 爱在身边
Unbreakable Love 永不失联的爱
The Chaos After You 如果雨之后
The Distance of Love 以后别做朋友
What Love Has Taught Us 爱情教会我们的事