Based in Singapore and London, producer et aliae (real name Wern Luk) has been quietly amassing quite the following over the last year or so thanks a steady stream of twinkling, future-pop releases online. From starring on Ryan Hemsworth's Secret Songs compilation to opening for Teklife's DJ Paypal in Berlin, its been a rapid rise for her online and in real life. But if you're unaware of her talent and would like to catch up on her sterling musical journey up to this point, you can read our in-depth profile on her here.

When we last caught up with her, et aliae had just dropped the beautiful lead single for her Rose EP called 'Sober', featuring the warm, liberating vocals of D∆WN. Well the EP is finally out via Cascine (a boutique label based in NYC and the UK) today, and we're to tell you that its a beaut. Made up of elegant instrumentals and ambient pop, the five-track release is a set of nocturnal jams that reflect a wide variety of influences from Johann Sebastian Bach and Chopin (she is a classically trained pianist, and that really comes through here) to Ana Caprix and Aaliyah.

We got et aliae to walk us through her crystalline compositions on Rose. You can stream the EP below and read her illuminating track-by-track guide here.

"I've always been fascinated by sacred music and I was listening to a lot of Bach's chorale works. Part of the song loosely adapts the opening movement of a Pergolesi piece that Bach had transcribed. I decided to program a non-conventional drum pattern because I felt like the arrangement couldn't really be interpreted through the lens of a specific genre."

"Working with Dawn Richard on 'Sober' was actually quite serendipitous as I used to listen to Danity Kane in my teens. I love all the new music she's been putting out recently and I think she really made this song special."

"The track's composition is a reference to Bach's iconic polyphonic textures. I grew up playing a lot of his inventions and sinfonias so I wrote something that was fun to perform live. This song took a long time before it was completed...MIDI and piano synths can never compare to the nuances in expression of playing on the real instrument. I still hear a lot of things that I want to change in the arrangement." 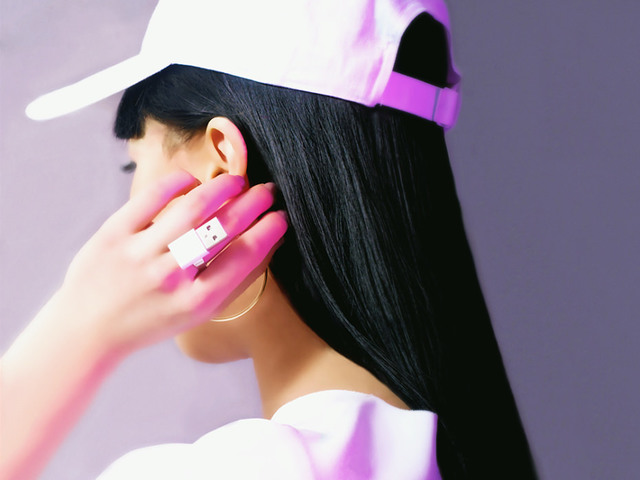 "I wrote this two years ago - it was my first release so I always have a soft spot for it. People have always described it as love song, which is sweet. It definitely played a big part in laying the foundations for the direction of the EP."

"I wanted to make a dance record but for the longest time I couldn't decide what kind it would be. 'Deep Dive' was produced from that indecision (it originally had a dancehall beat). As the last track of the EP I think it's nice to close with something a little more upbeat and cheerful."

et aliae's Rose EP is available via Cascine and Bandcamp.