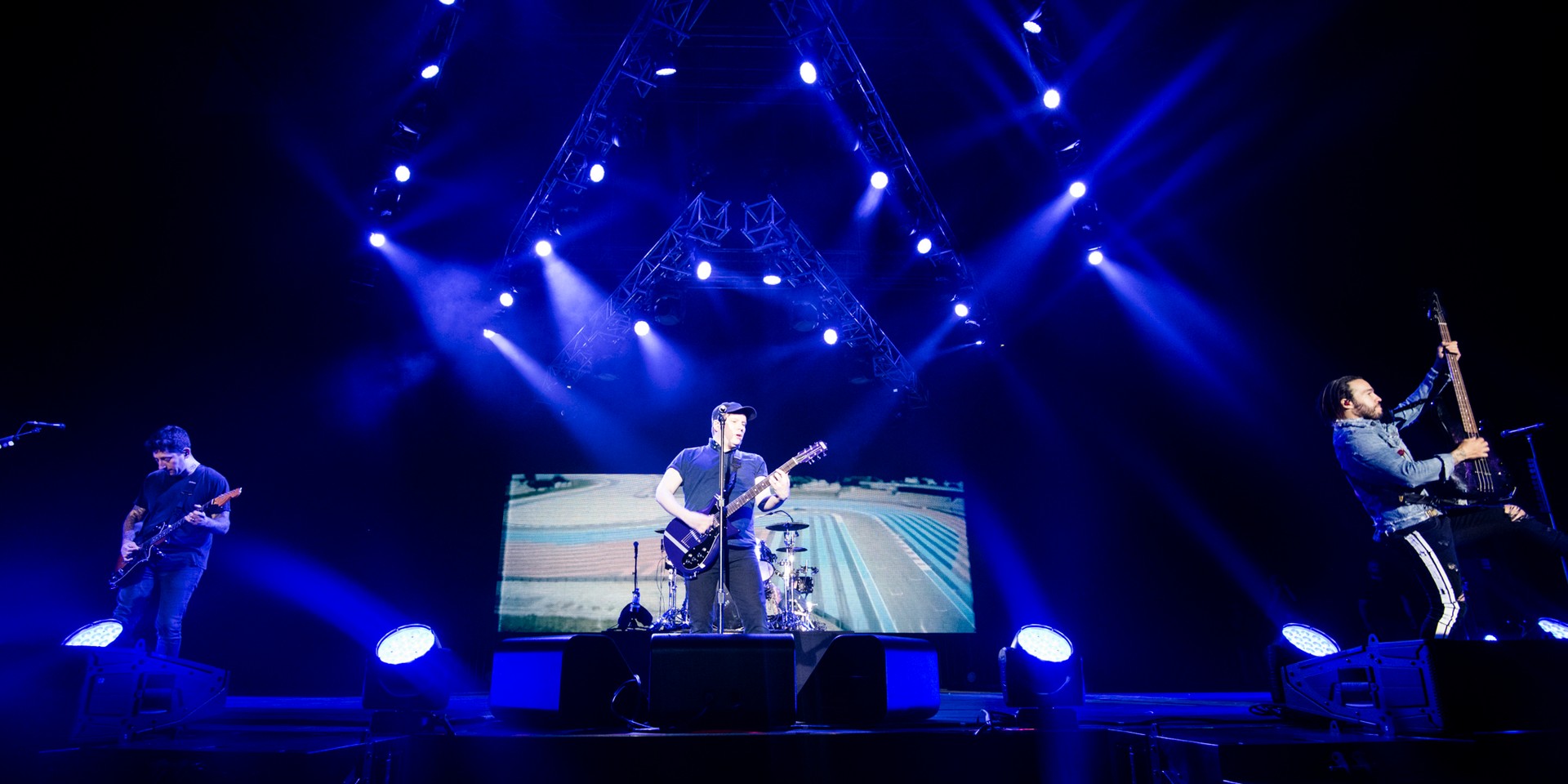 If there’s anything emo-and-pop-punk legends Fall Out Boy know how to do, it’s the unexpected. Their show on Monday (30 April), one of the many stops on the band’s tour to support latest album MANIA, was a relentless feast for ears and eyes. Fans both old and new were treated to a whimsical rollercoaster ride, thanks to stunning videos and animations, as well as a setlist that epitomised Fall Out Boy’s long legacy and eclectic mix of songs.

The 2-hour show opened with the gigantic screen behind the Zepp@BIGBOX stage displaying a vibrant video of glossy purple waves, accompanied by a 30-second countdown. Of course, the thrilled crowd counted down in unison, and as the number approached zero, Andy, Joe, Pete and Patrick emerged and launched straight into headbanger ‘The Phoenix’ off their 2013 album Save Rock & Roll. 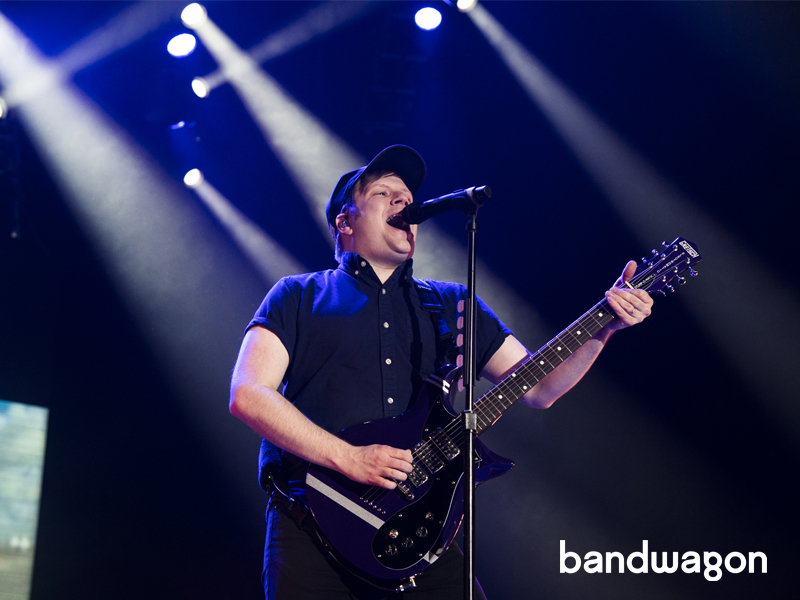 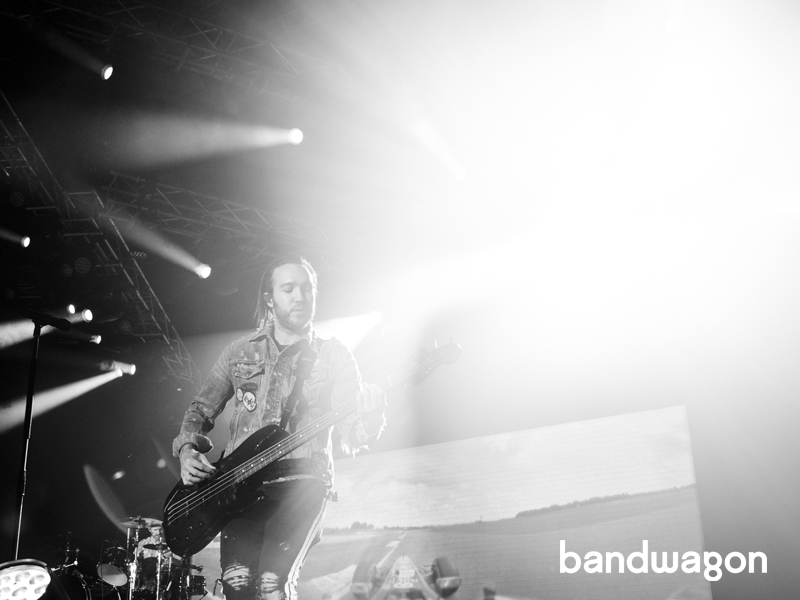 They then wasted no time in delighting everyone in the crowd with the instantly recognisable opening brass notes of 2015 hit ‘Irresistible’, followed by early-2000s classic ‘Sugar We’re Goin’ Down’, which truly reminded everyone that Fall Out Boy are rock superstars: from Andy pounding the opening drums, to Patrick’s powerhouse vocals; from Joe unleashing the iconic riff, to the entire crowd singing every word to the now-13-year-old song, this really felt like a celebration of the band’s career up till now. 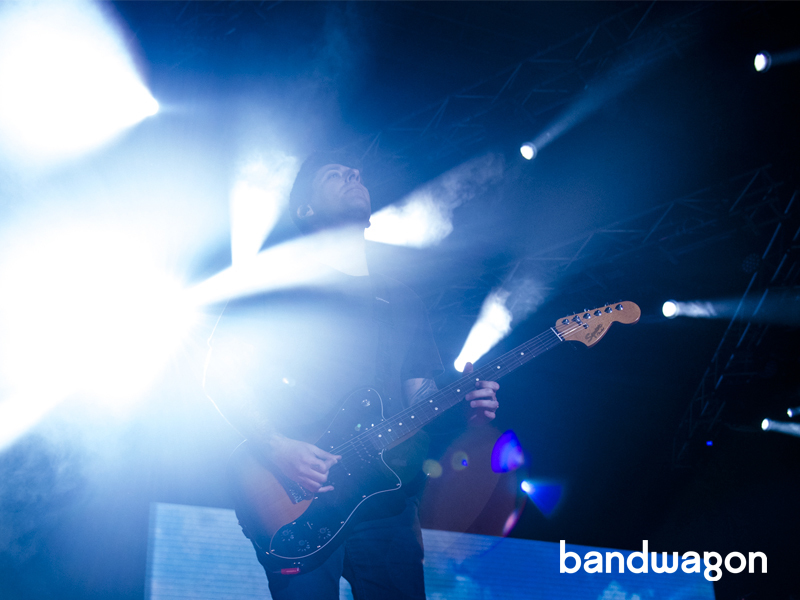 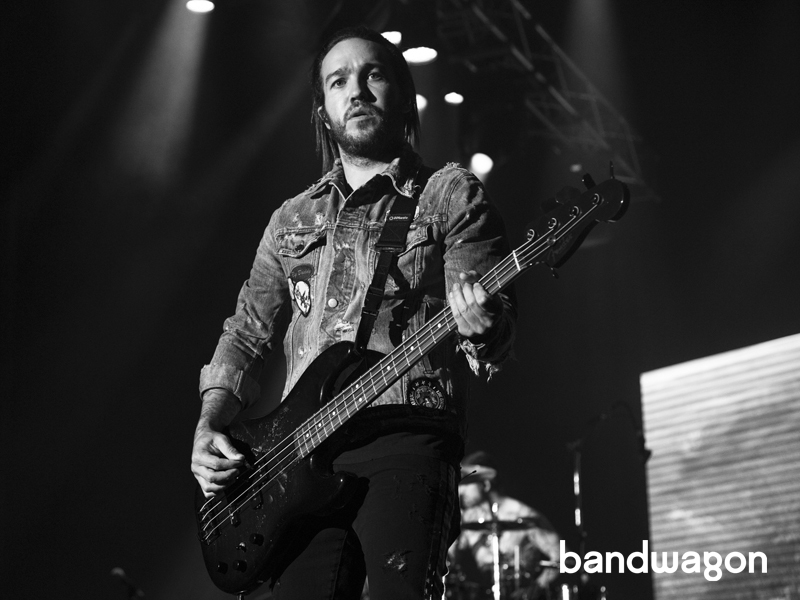 Quickly moving from song to song without much pause was the pattern throughout the performance, with minimal talking, all done by bassist Pete. And when he did talk, it was to either thank the Singapore fans for coming out, or to give bite-sized introductions to some of the songs’ themes. For example, he likened recent single ‘Hold Me Tight Or Don’t’ to “that feeling when you’re texting someone, and the speech bubble with the three dots comes up”.

With none of the other members saying a word, it seemed like they could’ve been conserving energy for the 23-song setlist, which included a drum solo by Andy, who wowed fans with impressive drumming to an interesting medley of songs that included ‘Humble’ by Kendrick Lamar and ‘Congratulations’ by Post Malone. Patrick, whose vocals were consistently immaculate throughout the show, blew the crowd away with soaring falsetto and delicate runs in a stripped-down piano version of the wildly electronic ‘Young and Menace’. 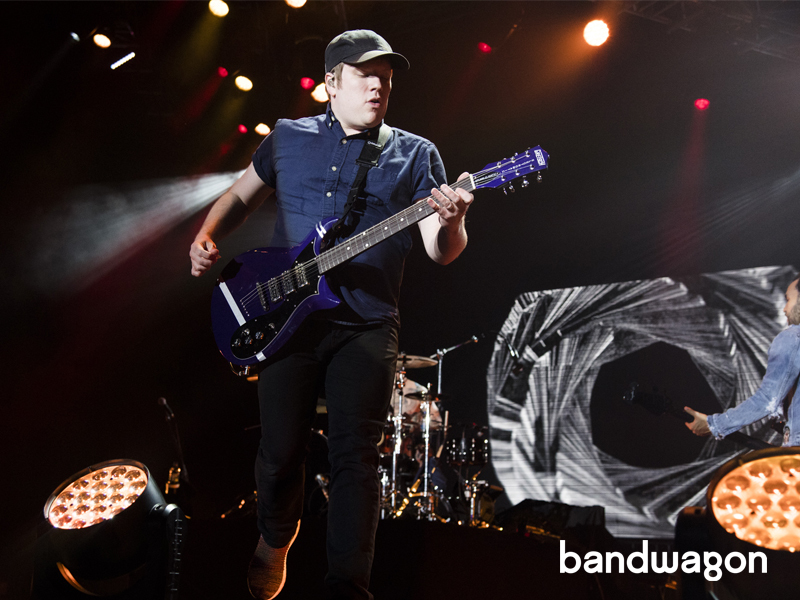 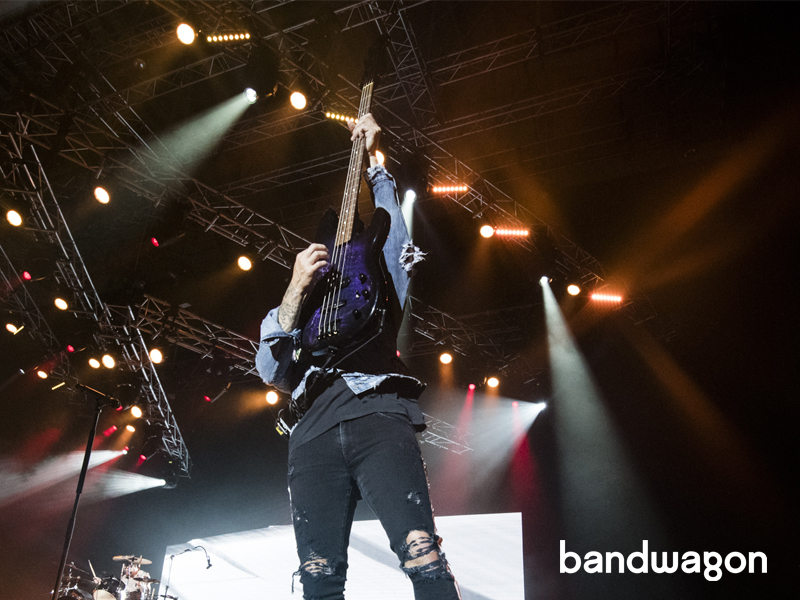 However, what made the show such an unpredictable experience were the different videos playing on screen during each song: a band of anthropomorphic, Chuck E. Cheese mascot-like animals lip-syncing during ‘Stay Frosty Royal Milk Tea’; gameplay footage of the video game Fortnite during ‘Grand Theft Autumn’; a dancing man made of cubes during ‘The Last of the Real Ones’; and a compilation of middle finger gifs during ‘I Don’t Care’.

Ending the show was a tradition that longtime fans were over the moon to see: closing the concert with ‘Saturday’, a pop-punk anthem from the band’s very first album, Take This To Your Grave. With that, Pete said into the mic, “Thank you Singapore, we’ll see you very soon!” 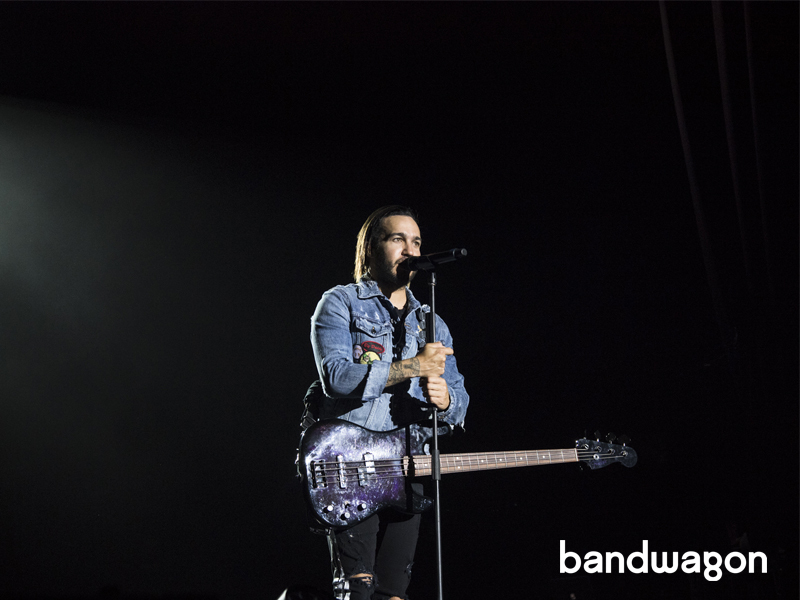 While some fans might’ve been yearning for more audience interaction, or for the other members to have said a few words, there’s no denying that Fall Out Boy put on one heck of a show. The execution of their setlist, from their early punk rock songs to their current, more electronic tracks, proved that the band are at the top of their game.

Even when they first made it big, Fall Out Boy had always been trailblazers and stood out with their style and direction. Over a decade later, they’re still pushing the envelope and surprising even the oldest of fans – last night’s show truly cemented the band as pop-punk’s ‘Immortals’. 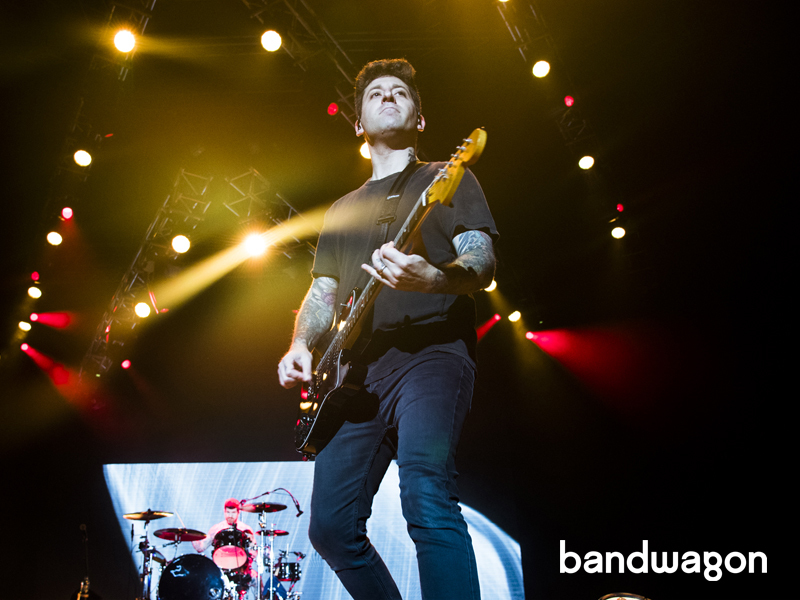