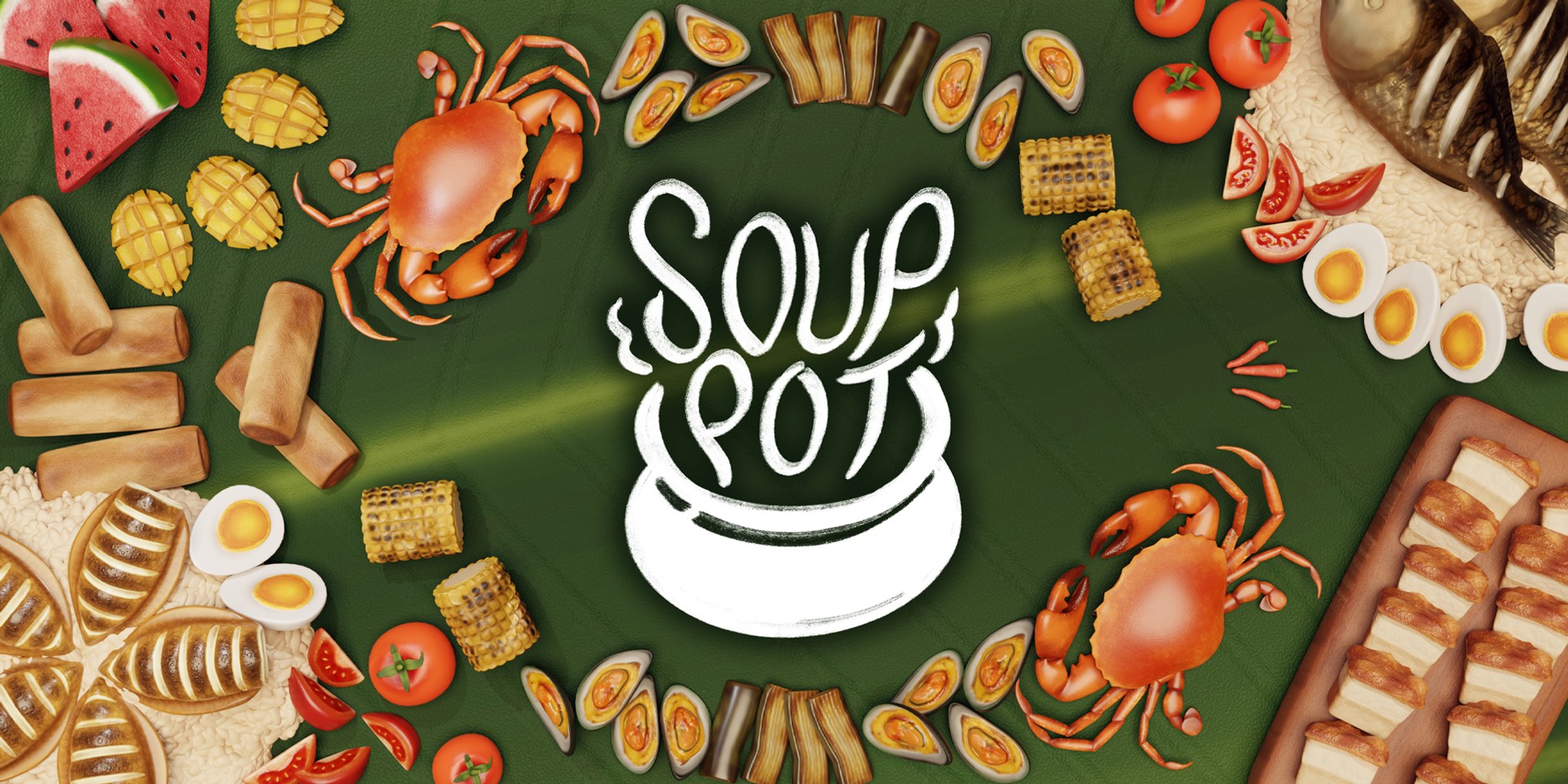 Get ready to dive into the tastefully chaotic world of Soup Pot.

From the wild and creative minds of Philippine-based gaming developer Chikon Club, Soup Pot brings everything you love about Cooking Mama and Overcooked to serve up a piping hot game as you whip up your favorite Filipino dishes.

The creation of the Soup Pot follows the success of the team's free browser game Putahe ng Ina Mo: Sinigang Edition. It garnered the love (and frustration) of many gamers to "make handa" (prepare) sinigang as if they were streaming while prepping the classic soup dish. Putahe ng Ina Mo was only the beginning of Chikon Club's virtual culinary journey and has since led to even more imaginative projects.

Bandwagon spoke with Technical Director and Co-Founder of Chikon Club Gwen Foster and Filipino music producer Jorge Wieneke to talk about the creation of Soup Pot and its soundtrack, what it's like to work as an independent gaming developer in the Philippines, and their future plans.

We're super excited about Soup Pot! Tell us, how did you come up with the idea to make this cooking game?

Gwen: When you think of cooking in video games, you think of Monster Hunter and the cutscene animations, harvesting ingredients to make the dishes in Stardew Valley, and Overcooked which is how to run a restaurant. But there are very few games that focus on cooking as a mechanic. Cooking Mama is very procedural, and Cooking Simulator is too technical if you really want to make the recipes (while being able to do a million fun things outside of its core mechanic).

Growing up, cooking in real life almost always didn’t have recipes. And even when you follow recipes, there are things that just don’t go the way they should. So we wanted a game that captures that experience, where you cook without a recipe. The first exploration happened with our demo, Putahe ng Ina Mo: Sinigang Edition and people responded really well to it. So we decided to make the game bigger -- and now we have Soup Pot!

Putahe ng Ina Mo: Sinigang Edition was crazy! Can players expect Soup Pot to be as challenging or will it be more relaxing?

Gwen: The core idea is still the same! It really depends on how you approach the game. We want it to be however the players want their experience to be, while adding in some cultural things (like your neighbor randomly singing karaoke while you cook) that would make the game feel more home-y and closer to real life.

There are definitely instances where it can get stressful, but by removing the fail state, even if your food comes out overcooked it would be fine! It’s a game that you can play for 5 minutes or even 5 hours depending on how much you want to invest in it. 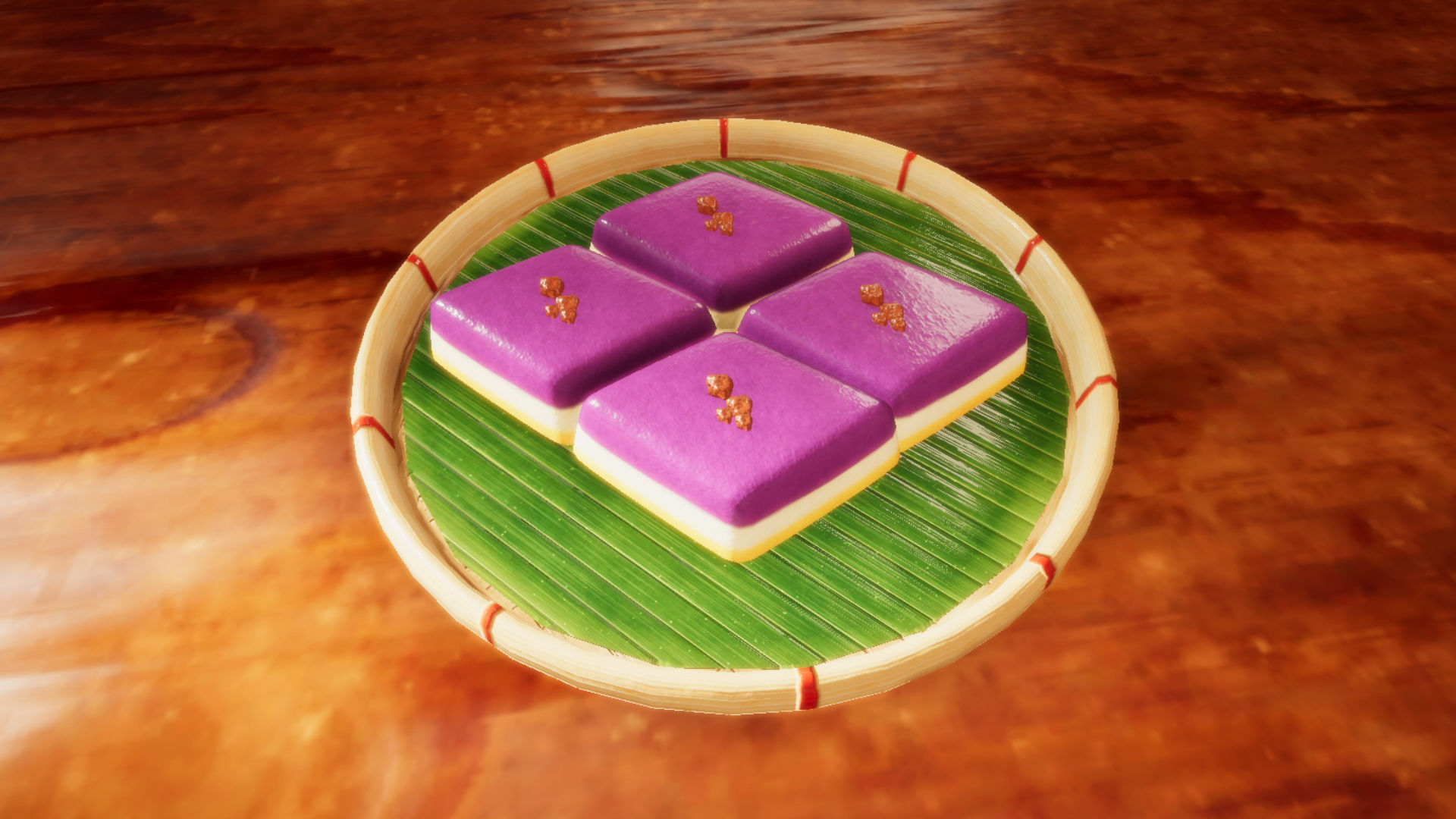 Who's on the team for Soup Pot? How did these people get on board?

Gwen: The core team of the game is Gwen (myself), Trina (artist), and Gia (sound designer). We brought on board Regina, who’s an architect and organizes events as our Producer. Then we partnered up with long-time friends, like Chryse to help us with porting and developing the game.

To make the game more accessible, we brought on LeeYing from Malaysia as our User Experience Director. We also brought in NokNok, Oda, and recently Ali, to fully make the game come alive with the ambience, audio, and sound design.

We worked with chefs and cooks to help ensure that we are making the right calls on the recipes. A lot of the people we’ve brought on are people we know from the games industry, and outside of it! 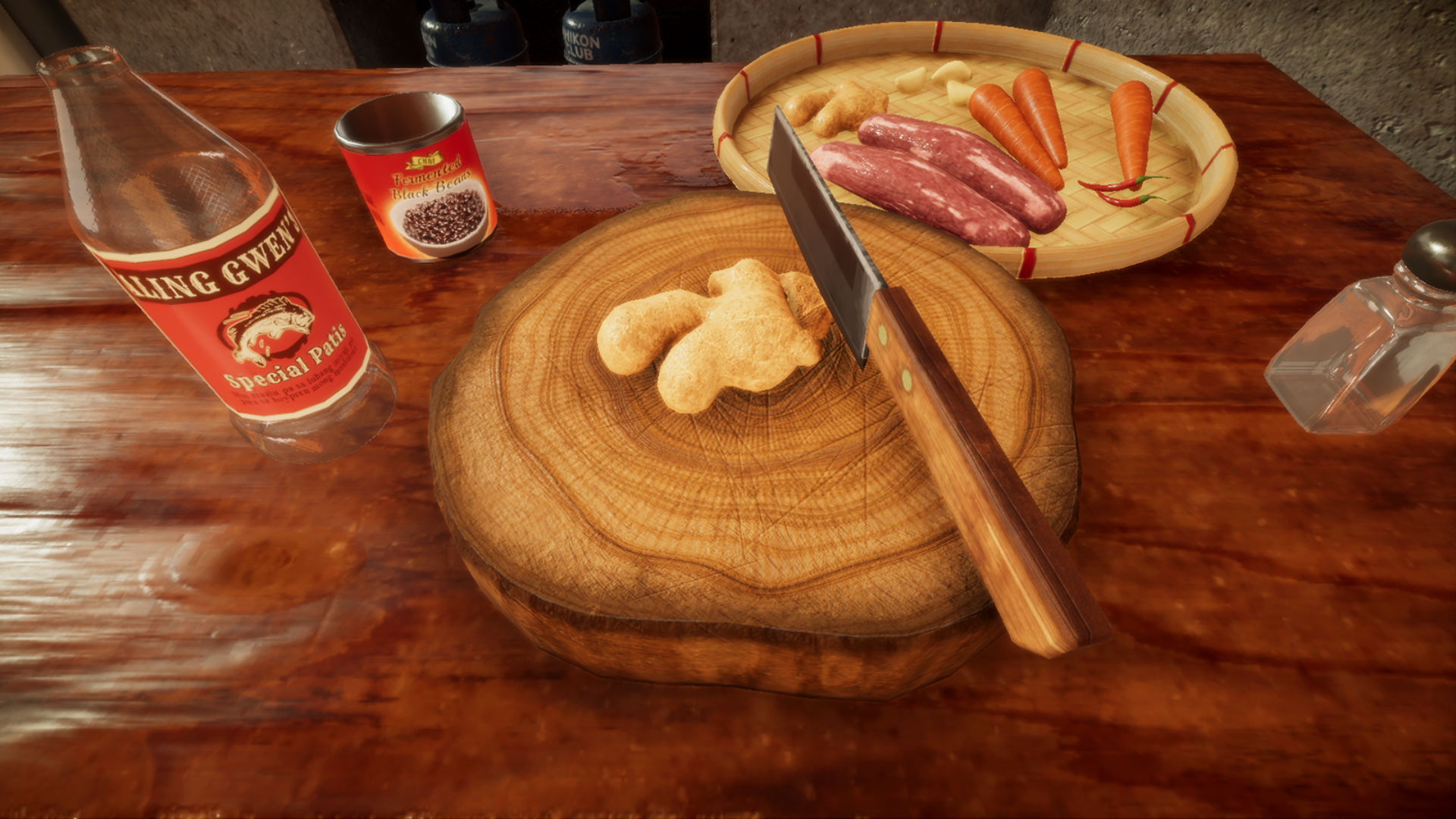 Tell us how Jorge Wieneke got involved in this project.

Gwen: We’ve been big fans of Jorge long before Soup Pot was made. And knowing he did the budots project, we approached him to see if he could make a budots soundtrack specifically for the game.

Did you guys collaborate in conceptualizing the soundtrack or did you let Jorge do his own thing freely?

Gwen: We had a one hour call with Jorge to talk about the game feel, and what we wanted. The voices in the Soup Pot are from the team, so it is a bit of both. Jorge had complete freedom, and we definitely loved the song when he sent it to us!

Jorge, where did you borrow inspiration from for the Soup Pot soundtrack? What was the process like?

Jorge: For the music I made for Soup Pot, I think the biggest inspiration is the Soup Pot team themselves. Despite not knowing each and every person on the team, I’ve always felt in sync with Gwen and her fun, playful, cheerful, and very imaginative aura.

After our initial meeting, I almost immediately just started creating music that channeled this fun, chaotic, crazy energy that I felt we (the team) all embodied somehow.

Apart from this, I was inspired by the DJ Love who is more widely known and credited as the father or creator of 'Budots'. I wanted to take this opportunity of making our own version of 'Budots' through the lens of the Soup Pot team channeled through me.

Another indirect inspiration I guess is the soundtrack of Katamari Damacy, which is one of my all-time favorite games ever! 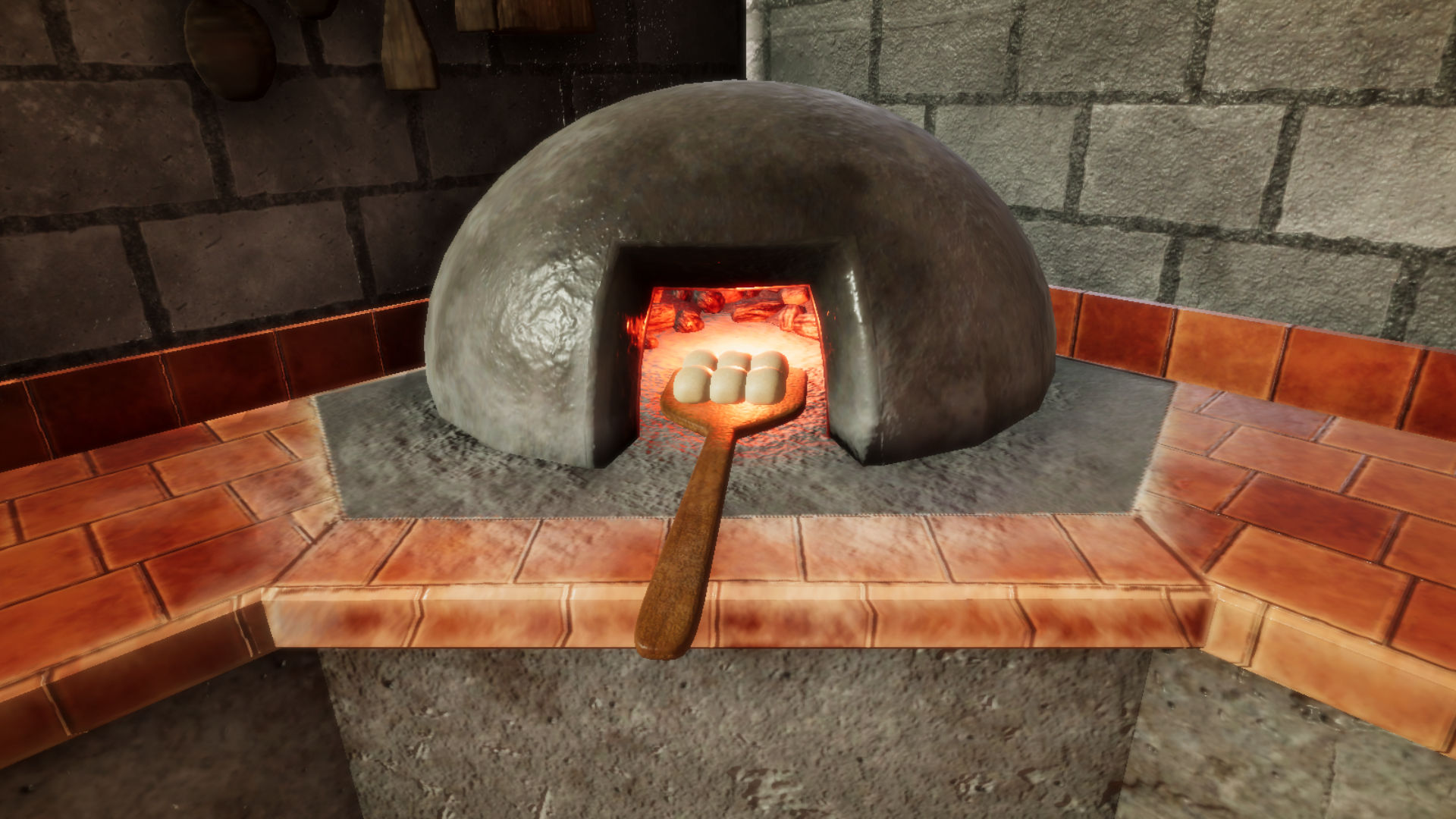 Jorge, what was it like coming up with a soundtrack for a video game? In what ways is it different from producing music for your personal projects?

Jorge: Coming up with the music for the game was fun, intuitive and natural, I don't really talk to the team as much as I speak to Gwen, but everyone was warm, accommodating, kind and eager to help.

I started with the idea of channeling the fun, laid-back, chaotic, nature we all talked about, but I wanted to include the team in the process just as much. I’d like to think about it as if I allowed them all to possess me to make the music. It was fun; I felt like it was a successful jam session between me and everyone!

Despite the exchanges being limited to them sending me their voices and a few voice call and brainstorming sessions, I really feel like we all made this together.

As for the process, I don’t see it as entirely different because there’s always gonna be that element of me being in the work, but I guess working on this was different in a way that I purposefully made this alongside and for Chikon Club and Soup Pot. In one of our meetings, I remember saying that “Gift ko na sa inyo to. (This is my gift for you.)” And that’s how I really look at this <3. It's part of the few music-making memories I'll cherish!

What is it like to establish an independent game studio in the Philippines? What are the challenges you face?

Gwen: We’re lucky enough to have funding and support to make Soup Pot. Definitely one of the biggest challenges is to get development kits for consoles. We have a bunch of experienced folks on the team, but for other studios starting out, it will be a longer process.

We’re lucky enough to be working with FIFTYcc who has done a lot to ensure that we’ve been given the platform, and the ID@XBOX team keeps giving us a lot of opportunities that we will be forever thankful for. So a lot of our challenges are making sure that we don’t let any of our partners and people down. This means we are super focused on making the game fun for everyone!

What does it take to create a video game and how long do you need to make one?

Gwen: It really depends on what type of game you’re making. Making a game on mobile is very different from making a game on PC or console. There’s a lot of things, like getting development kits for consoles and getting approved to release, that takes time. It’s also dependent on your team and their experience with game development.

Our core game loop itself is pretty small, but we have a lot of content. Putahe ng Ina Mo was something we made in a week, but because we had to make the game scalable, we built systems that would eventually help us in the long run. The game itself was made in a year, and this is only for us to release on XBOX Series S|X and on Steam. We’d want to support more platforms and storefronts in the future.

Besides purchasing your games and talking about them on social media, in what ways can people support Chikon Club and other independent game developers in the country?

They’re all fantastic games, and Chikon Club was made to be a collective where game developers can release games and make games that are innovative and have a fresh take on existing genres. 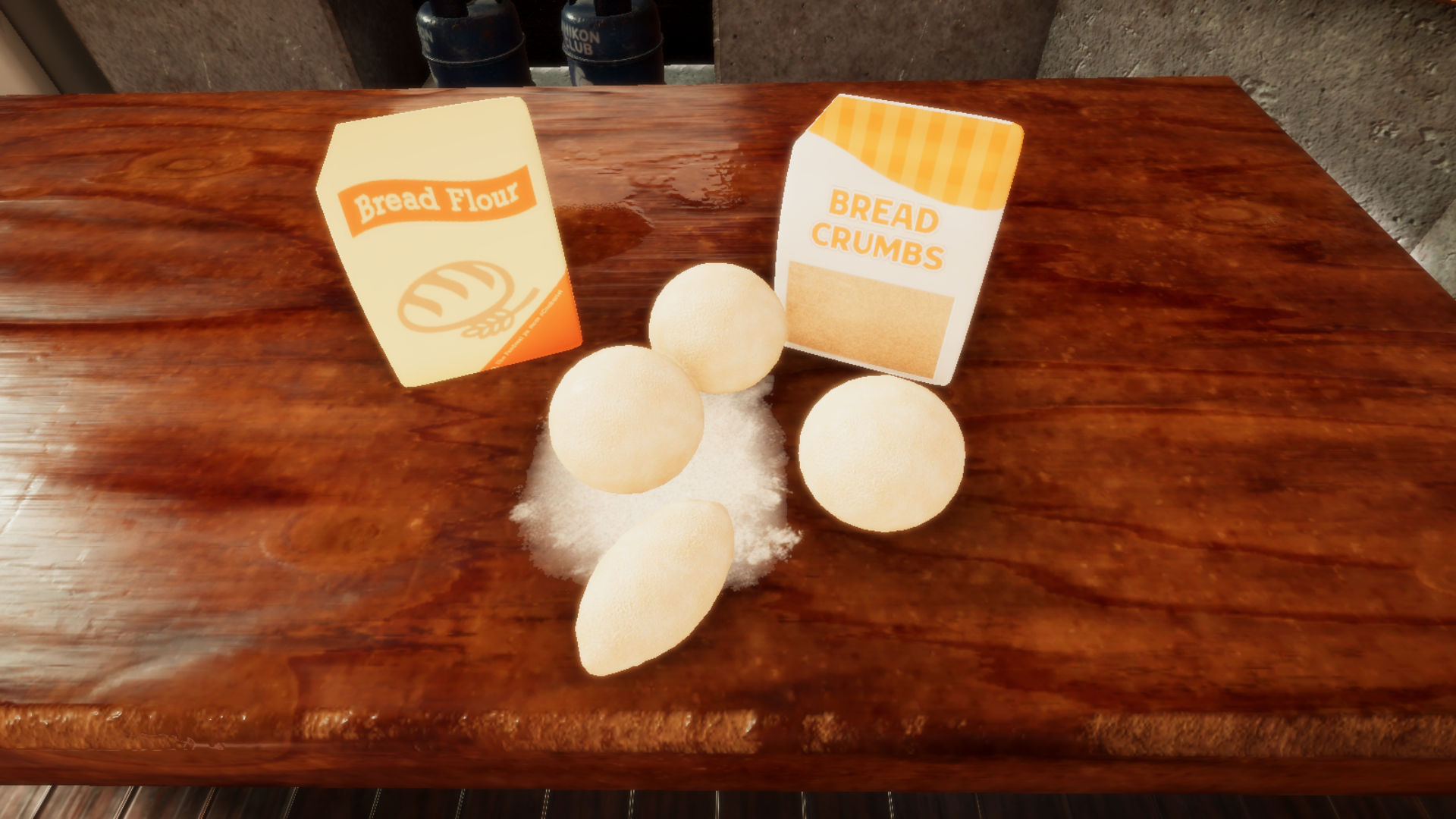 Do you have more games lined up in the near future? If so, could you tell us about them?

Gwen: Soup Pot will not only feature cuisine from the Philippines but also Japanese and Korean! We also have a bunch of DLCs planned for other cuisines, and we want to feature as much as we can. We really love food so it will take a while for us to make a new game.