Music festivals always have spot in our hearts. It’s the whole experience of catching your favorite bands in their purest form. We know it’s been on the wish list of most; Australia rewards their citizens with a premier festival one every two months, UK with their massive outdoor festivals of Glastonbury and Reading, Belgium with Rock Werchter and US with 11-day Summerfest. Let’s be honest, FMFA may not hold up strong among the likes of Primavera or Glastonbury but I’m still thanking the stars that we don’t have to travel cross continent to satiate our unquenchable thirst for music festivals. The Bandwagon Team shared the grounds with fifty-five thousand other like-minded ravers at the Sepang Racing Circuit, here’s our take on the two-day fiesta. 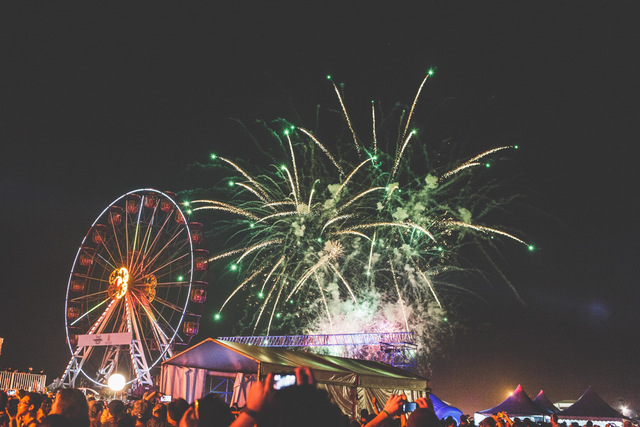 Nothing like the Singapore Flyer or London Eye, but a Ferris wheel atop a hill with a view that overlooks all four stages, it's begging to get sat on. And additional props to you if you’re one of those truly lucky ones who sat on it while the fireworks were on in the background, it makes for a great setting for a make out sesh. For a measly sum of four tokens (bluff one la, it’s free), you get to go higher than you already are.

We loved the booths at FMFA, if you were on Instagram over the weekends, you must have noticed #VESPAxFMFA / #FIRSTANDFOREVER trending courtesy of Vespa & Dr. Martens. The lads over at Fred Perry had a table tennis table set up. Our taste buds too were invited to the party as food vendors plied their trade over their makeshift stalls. Thick savory lamb steaks in charcoal-stained buns (Burger Lab), fruit juice slushies, waffles drizzled in warm hazelnut-chocolate sauce and burritos with a spice level of ‘hotter than the f**king sun’. Whatever you call it, they probably had it.

Did not want to mention this but the amount of filamentous biomaterial I had to put up with is worth a mention. Guys put a shirt on or keep that clammy mess of a Chewbacca away from my face when you fist pump.

They may sound like names of native instruments of Latin Music, Rudimental and Borgore pulled out so quickly they couldn’t even muster up an apology to their fans. My sources tell me they flew cross-continent to play SXSW at Austin after getting an invitation at the last minute. 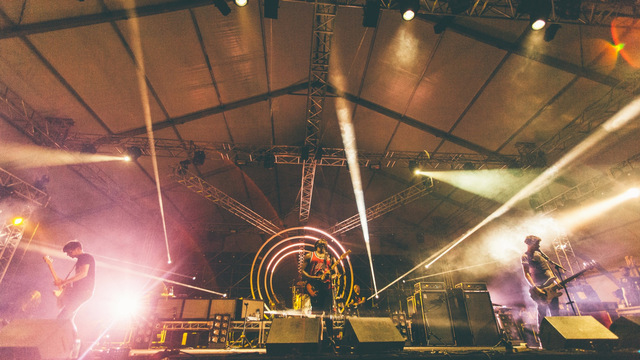 This will make you feel old. Eight Years. That’s how long most of the fans were waiting since Bloc Party’s debut Silent Alarm. But the wait was well worth as they guided us through four albums of good times. Playing in a festival meant that set time was reduced and set lists shorter, but that doesn’t mean the set was compromised. ‘Octopus’ and ‘Truth’ from Four made it on the list along with hits like ‘This Modern Love’, ‘Banquet’, ‘Flux’ which started off with a side splitting cover of ‘We Found Love’ and ‘Helicopter to round up the night. Adding more blitz to the night, new song ‘Ratchet’ was a refreshing inclusion with dubsteppy infused beats and a lovely riff. It is a fervent reminder that Bloc Party is back.

New York’s latest sacrificial offering to the Indie Pop scene after The Format broke up, with their catchy hooks and drop-dead style. They have been on a long and controversial path since starting out in 2006, picking up the Grammy for Best New Artist last year. Their set may have inspired some grumps with their lethargic start but it certainly didn’t show on the dance floor. “This is our last show on tour for the past two months,” Nate egged the crowd before bellowing out ‘Carry On’ and ‘We are Young’, which probably saved them from getting bottled by my ice popsicle. 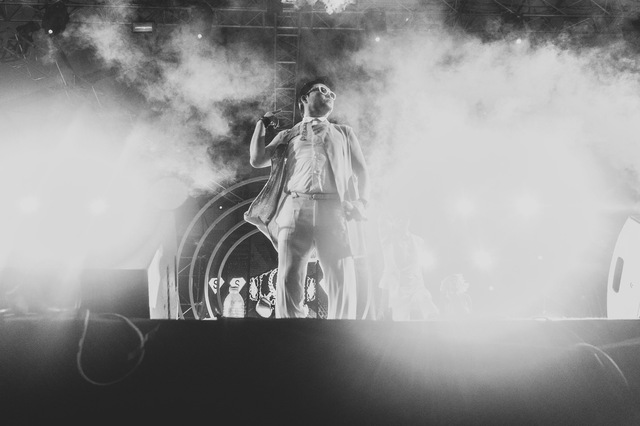 As if watching PSY bust his moves out for ‘Gangnam style’ once wasn’t painful to the eyes, he gave the crowd a deservingly encore of the hit that we all love to hate. It was definitely a sight to behold watching the field turn into a stable full of horses gone wild. “Ah don’t even like ehm Ah’m jus going over for pure stupidness,” said a drunk Irish chick. His rise to fame is questionable, but ride away kids!

*Overheard backstage: I hear PSY was actually roped in to tie in good relations with the Malaysian and Korean government.

I don’t think I’ve ever paid this much attention to the weather ever. Partly sunny with a few showers, 24 degrees Celsius with a maximum of 36. So basically that meant f**king sunny with a chance of raging hell.  But thankfully, the Gods were into Eva T and Sixteen and the rain halted. We even had the mood going to sing the Beatles. “The Sun is up, the sky is blue, it’s beautiful and so are you.” 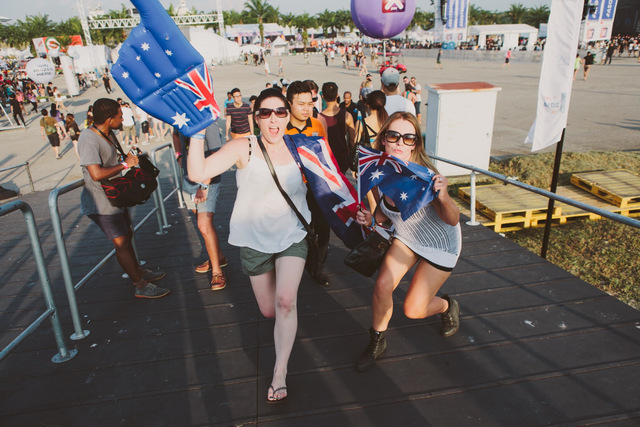 Besides the local crowd, a substantial amount of foreigners formed up the 55 000 strong crowd. It seems like Future Music Festival’s appeal seems to be spilling into the Asian market and various flags from all over into the crowds. Brett Robinson, director of Future Entertainment said he wants to generate an event so huge that everyone will flock over. “Instead of trying to do multiple locations, we want to have the biggest line-up we possible can have in one location and to have people travel to it.” So Singaporeans, don’t expect a Singapore edition of FMFA anytime soon.

K – Kiss and Make Up

Future Music Festival is no stranger to quirky outfits and cute get ups, V for Vendetta masks are the norm but every once in a while you chance upon a few enthusiastic ones with Dia de los Muertos face paint or Hawaiian leis around their necks and glitter plastered over their arms. 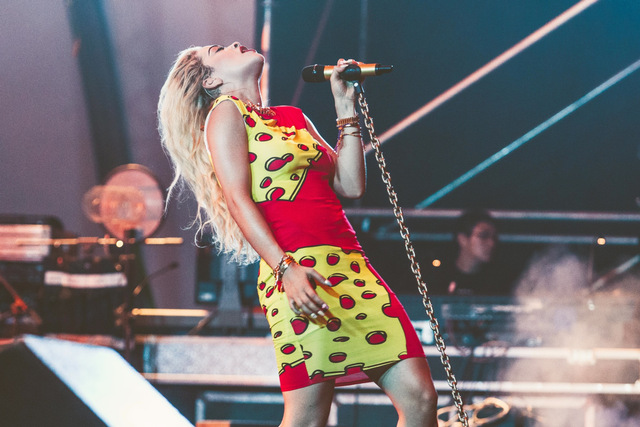 Huge Diva. Poor stage set up. It was definitely one of Rita’s worst nights as a performer after a technical failure broke her set up twice in the span of two songs. She would have been given the passing grade if we didn’t catch her lip-syncing on stage for her opener ‘Radioactive’. But this girl knows how to party and bullshit and for that she’s forgiven.

Although there weren’t much Lucha libres or any 619s on show, the whole Mexican vibe went really well with us. Minister of Tourism Malaysia even hit an FMFA-designed piñata during the press conference to kick-start the event. Maybe next year, we could totally do a French revolution where people could have their baguettes in matching berets. I’d love to see that.

Part II of our report here. Also check out our galleries of Day 1 and Day 2