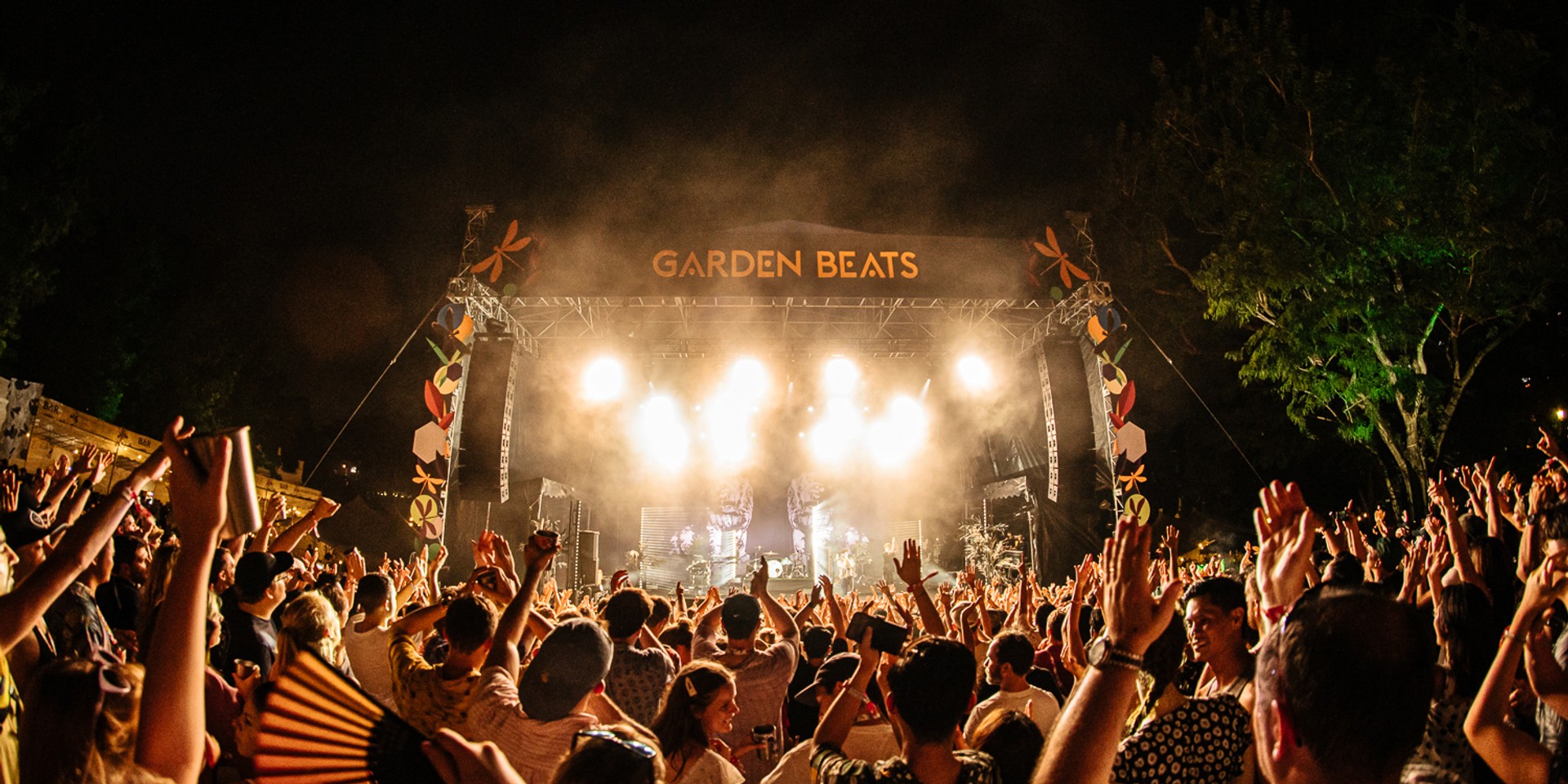 The start of 2020 hasn’t been bright and sunny. It’s been literally plagued, burned, flooded, and destroyed by whatever disaster your mind can conjure up. It has happened just in the last couple of months. It’s hard to admit but many of us choose convenience over practicality. We try to adhere to our personal green practices: Recycling, steering clear of single-use plastics, reducing our carbon footprint by carpooling or simply just thinking about taking the next green step. So, when Garden Beats comes along with its drive to “take a step towards greener living”, we’re confronted with the reality of our ignorance and step into a collective consciousness that empowers every one of us that it’s never too late to make a difference while having enjoying wonderful mediums of art – there is no better reprieve.

Given the current spikes of COVID-19 cases around the world, it’s little wonder pulling off a highly populated event proves challenging for many organisers. Garden Beats made sure that safety was its first and foremost priority,with  mandatory temperature-taking before entering the grounds and various cleansing stations to keep sanitation at the maximum.

This year, the festival also enforced its “no single plastics” rule, one that was encouraged the last few years to little avail, and it worked. There was very little rubbish strewn around and it was refreshing to see festival-goers enjoying their drinks from reusable cups. 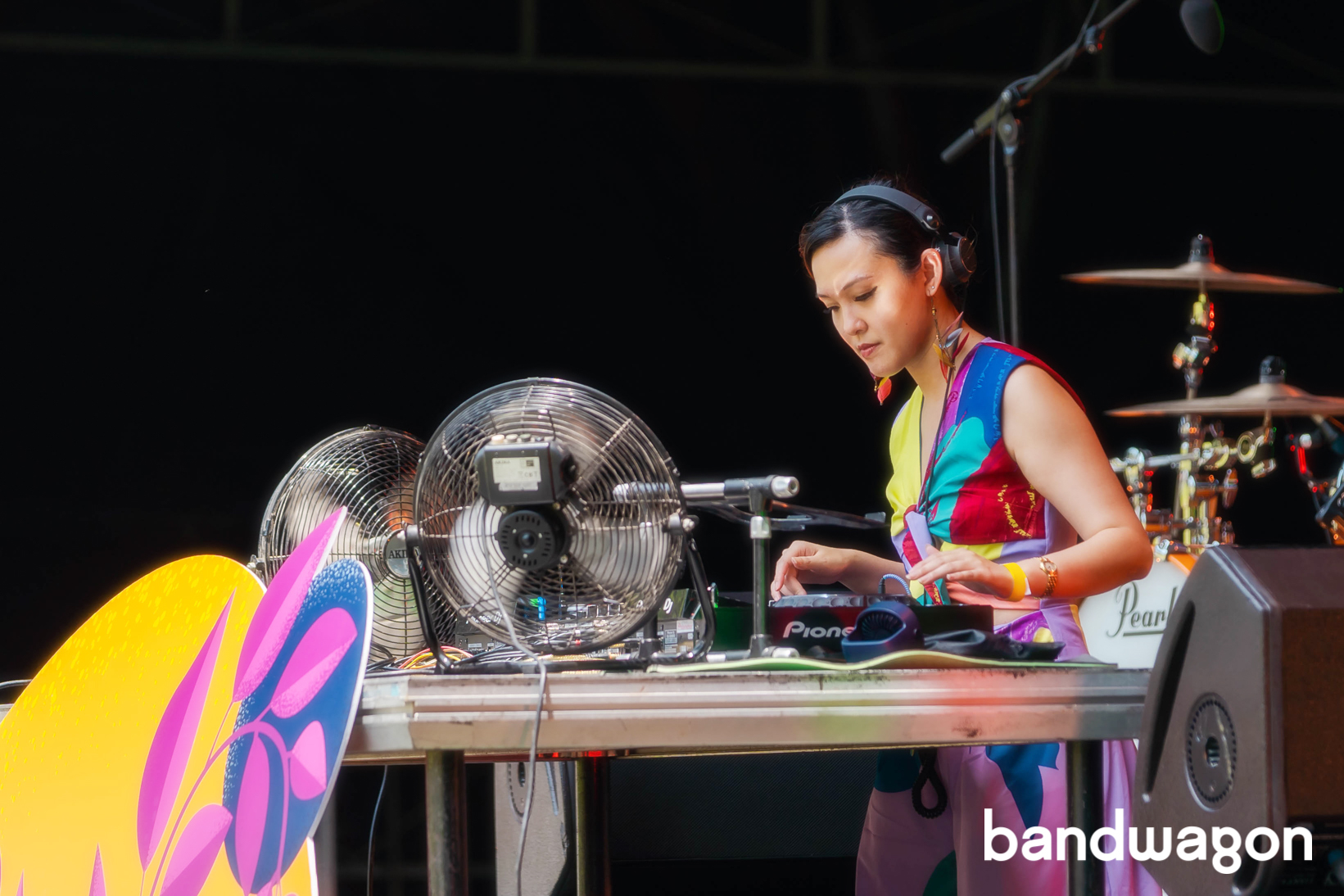 Sprawling over Fort Canning, Garden Beats gave festival goers plenty of space to frolic and roll around. Over at Fort Gate, the ground was buzzing with food vendors, offering a splendour of choices for all the dietary preferences. While you’re precariously balancing your food and drinks in both hands, the spin masters at the Sunshine Stage dished out deliciously, dance-inducing beats that made the whole balancing act almost impossible. JustMack and James Selva opened the festival with back-to-back sets and provided the soundtrack as you waltzed into the grounds, getting you into the mood almost immediately. Ice Cream Sundays were no strangers to the party-loving, ice-cream fanatics residing in Singapore so when residents Toppings and Bongomann played their set, there was no shortage of gyrating bodies and good vibes despite the actual sweet treats. Following the saccharine-drenched set was future-sound-advocating duo, The Illustrious Blacks, transporting the crowd to other-worldly realms while Crussen cruised in with a steady flow of tumbling percussions and lo-fi beats, which vibrated the ground with gentle hums moving in sync with the micro-movements of your body. As the night came to a close, festival favourite Orio treated the festival-goers planted at Fort Gate an immense, funk-filled set to dance the night away. 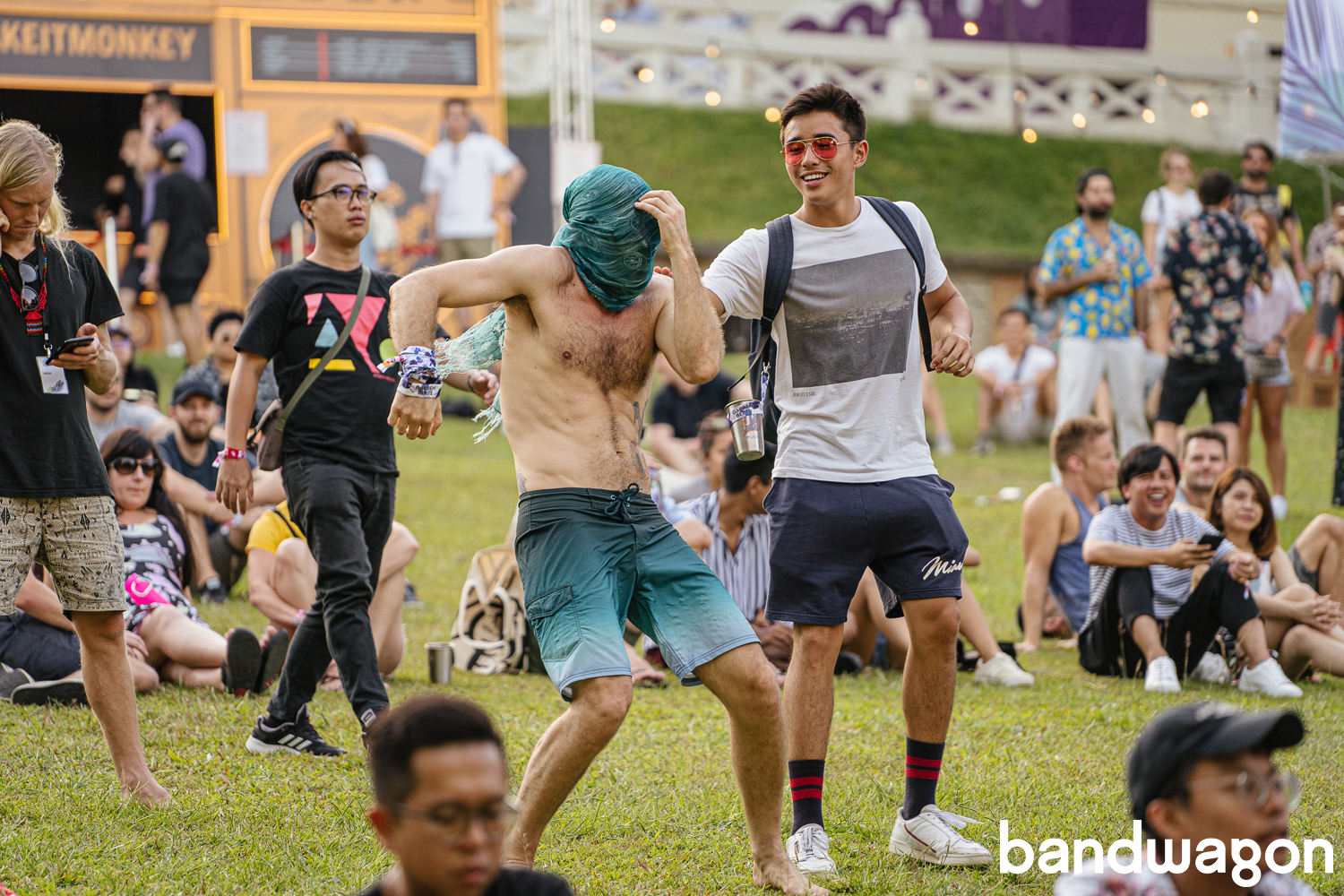 A little walk away, hidden behind Fort Centre laid an entirely new arena of activities. The talks at Pavilion gave visitors a respite from the heat while listening to inspiring figures blazing the way to a greener Earth. I was fortunate enough to catch Dali Schonfelder, co-founder of Nalu Clothing talk about her journey back-and-forth different continents to get Nalu where it is today. Barely 20 years old, it’s amazing to hear the grit of the younger generation and it makes you feel a little more settled going into the uncertain future. Do pay their store a visit the next time you find yourself in Bali.

The Body and Mind tent at the Zen Garden was packed with activities to ease your mind, body, and soul. Although I didn’t participate in any of the activities, I felt that calm emanating so strongly I made a mental note to do so in the next edition. I believe all of us could use a little break. Walking back up the Garden Stage, an art installation mimicking Singapore’s coastline caught my eye. We were supposed to pick out the micro-plastics found in the trenches of sand which was an eye-opening experience. There is too much plastic in the oceans everyone. Let’s not throw more in. 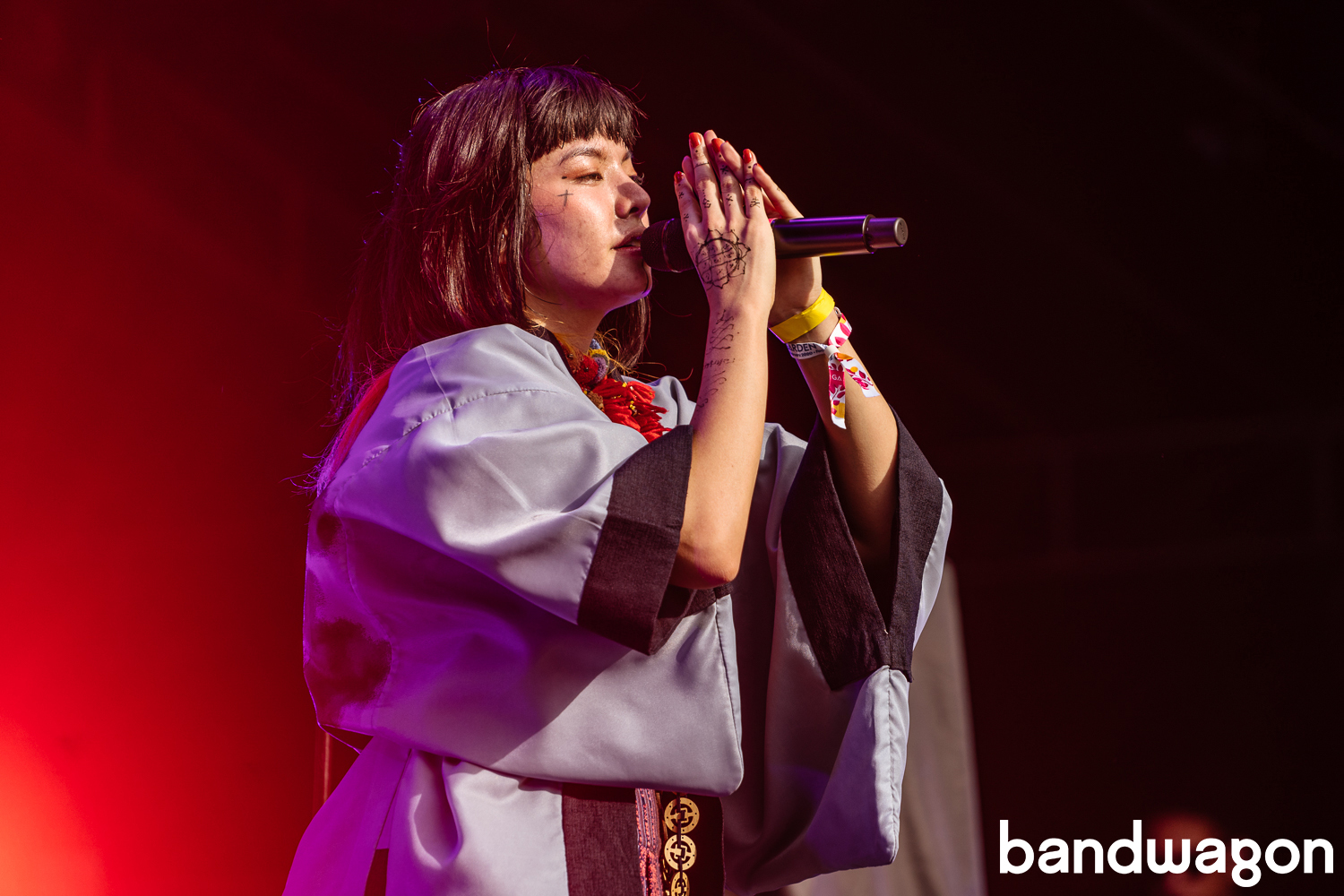 Despite the cancellations and the shuffling around, Garden Beats managed to blow everyone away with the lineup at Garden Stage. At the peak of the afternoon, many of us sought shelter at the little spots of shade around the stage, bobbing our head along to the silky sounds of DJ Aurora and Brendon P & KFC. Burgeoning artist Pyra filled in after the cancellation of Gioli & Assia and she was astounding. I had the opportunity to see her once before on a smaller stage late in 2019 and even then, her presence was commanding and her music was confounding – in a good way. You can’t quite place a finger on what genre her music is, but you hear many inflections from R&B to electronica to pop to jazz. You’d expect a horrible mash of clashing sounds but the way she orchestrated them suited her. It suited this genre she dubbed ‘Solar soul’ and it really clicks.

Minute by minute, the spots of shade grew bigger and more numerous, encouraging the crowd to join those brave, sunburnt souls in front of the Garden Stage. When Running Touch started their  set, there was a sizeable crowd, headbanging and flinging their arms to the sensuous-yet-energetic electronic tunes the singer/songwriter/producer had to offer. It was such a delight to party with one of Australia’s exciting producers. 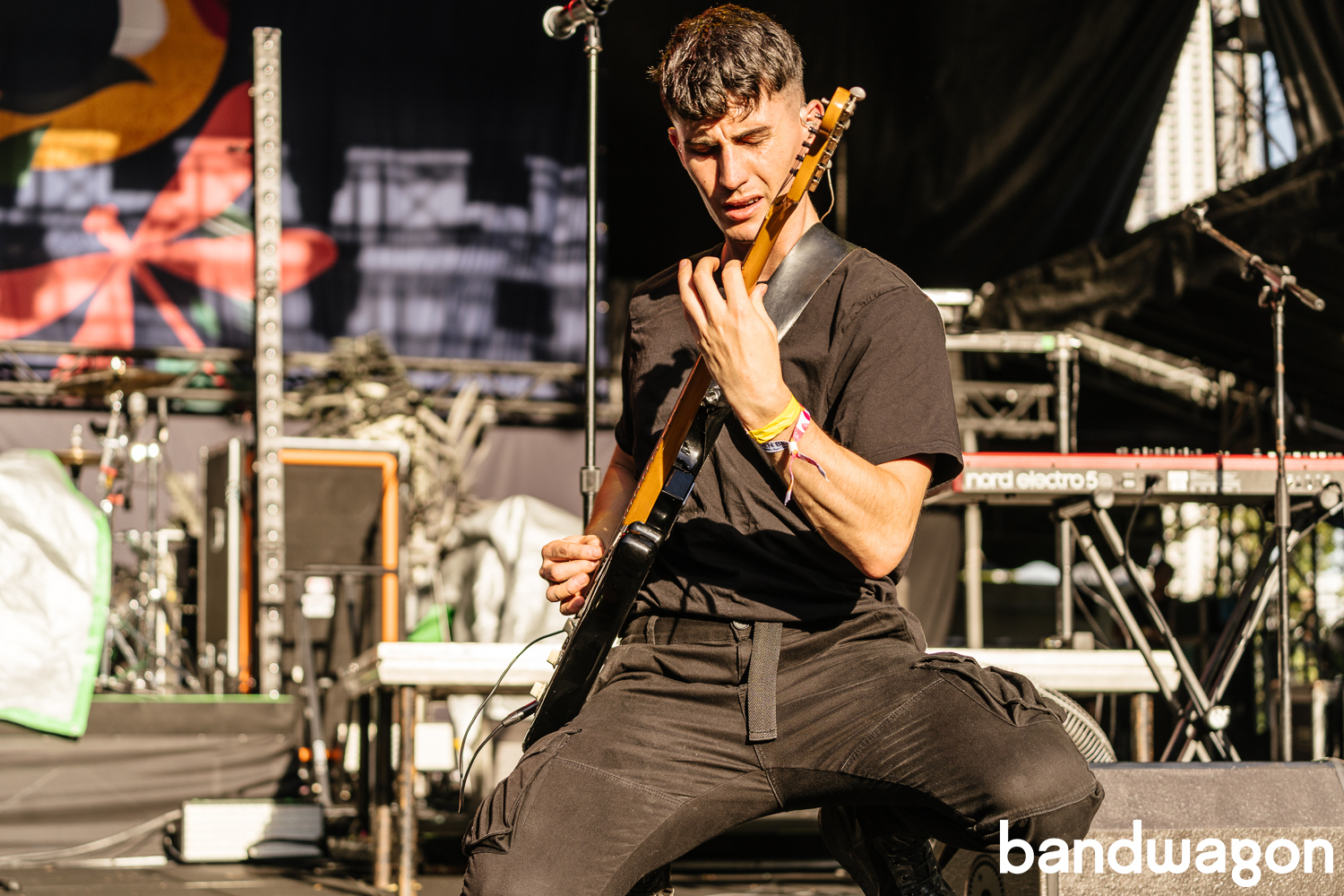 As the frequency of big, cool gushes of wind increased, the expansive patch of grass in front of the Garden Stage became smaller. Plants, instruments, and backdrops were being shuffled across the stage and as the clock  struck 7.25pm, Foals exploded onto the stage with a flurry of booming drums and garish guitars. All decked out in floral patterns, the Yannis Philippakis-led gang filled Fort Green with hits from their last  two albums, Everything Not Saved Will Be Lost Part 1 and Part 2. From the captivating ‘Exits’ to the ode-to-math-rock ‘Luna’, Foals ripped apart the serenity of Garden Beats and pieced it back together like a Jackson Pollock masterpiece – random-but-calculated strokes on a blank canvas finishing as a beautiful work of art. The band played an extended set and spoiled us with the 10-year-old track, ‘Spanish Sahara’ and ‘Olympic Airways’ before closing with ‘Two Steps, Twice’, which filled the crowd with unexpected energy after a long and draining day. 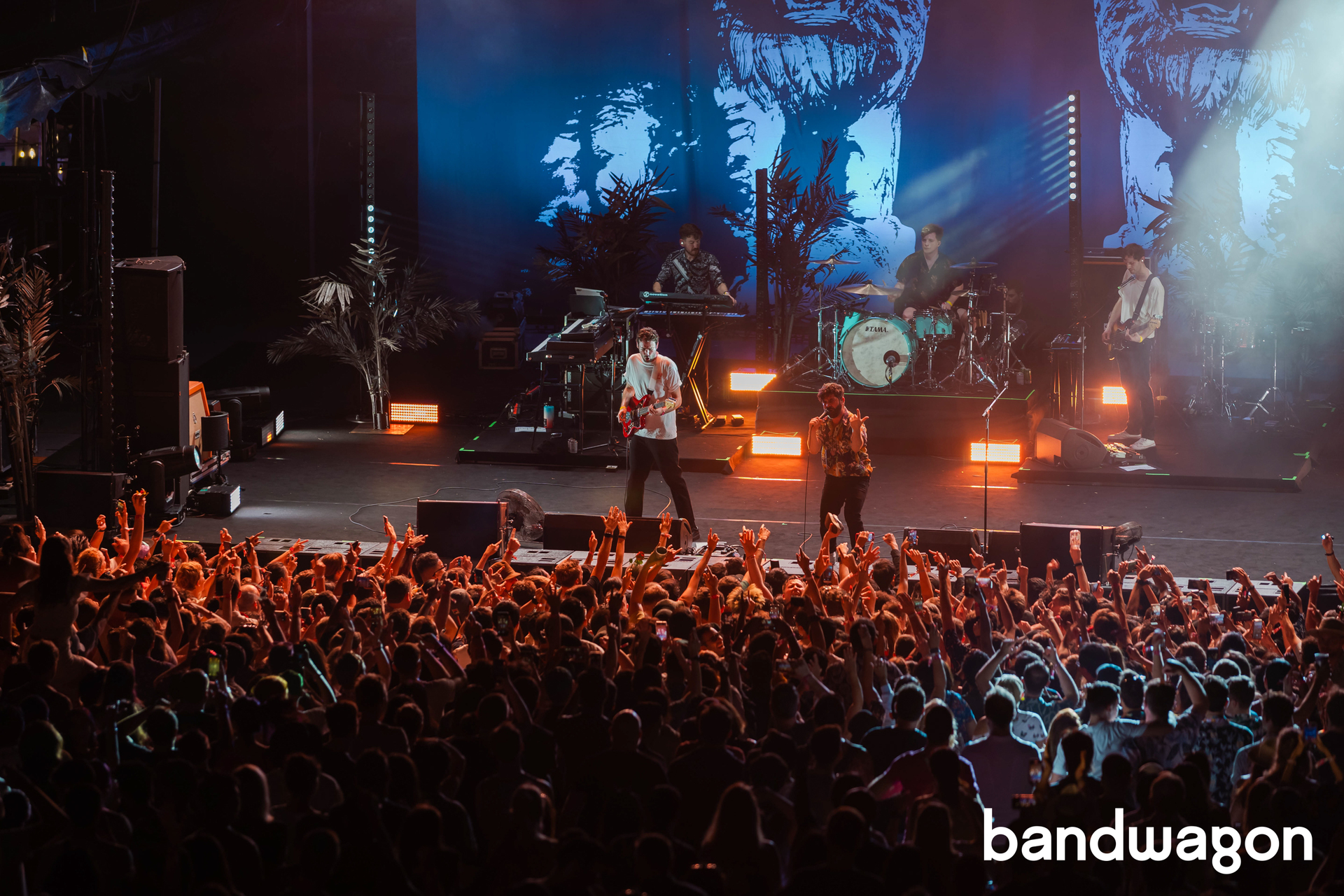 Garden Stage’s closing artist has been hailed as a producer who isn’t afraid to push the boundaries of electronic music and his sound is a blend of classic and contemporary. But to read his impressive resume and listen to the praises of like-minded people in the industry isn’t enough to fully grasp who Viken Arman really is. Like everyone who stayed, I was submerged into his magnificent mind, not remembering where I was at times, transfixed by the man behind the console and subconsciously moving my body to his spellbinding hits. It was certainly an experience only Arman could provide and the best one to end a wonderful festival. 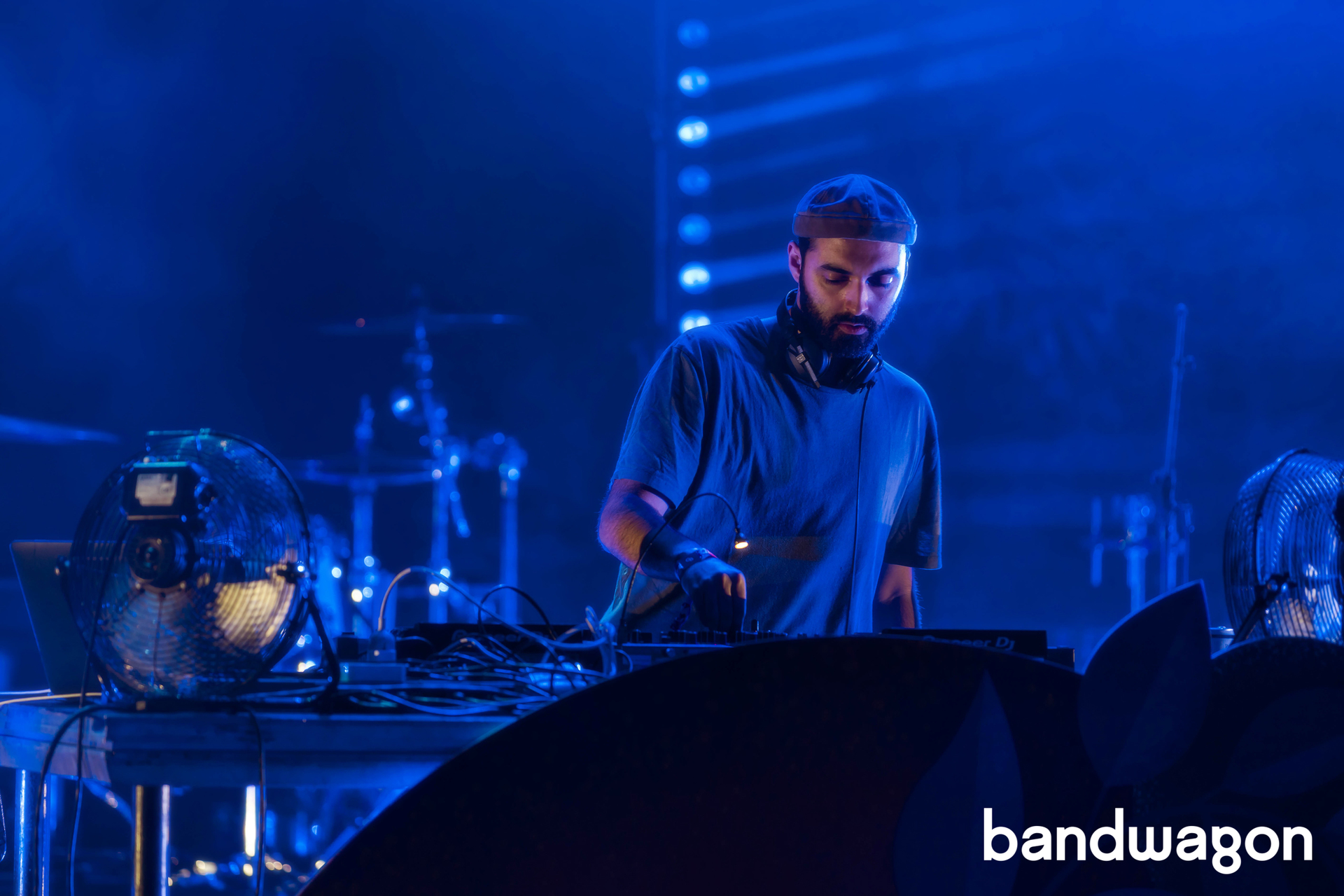 Special thanks to Garden Beats for the invite.