There is a general, and for most cases, artificial dichotomy between the personalities of the male and female gender in respects to their inclination towards music. Where masculinity is associated with logic and aggression, femininity is traditionally depicted as passive and compliant to strong - at times sexually motivated - influences. Such is the basis for the fangirl phenomena, and the reason why douchebags like Justin Bieber still have a militia of fans defending their idol’s every mistake.

And yet, the ear-piercing shrieks, exclamations of love (even marriage proposals) and the doling of home-made gifts were not made by the women present at Home Club where tricot was playing live.

These were all fully-grown men, undeniably mesmerized by the Kyoto math-rock quartet. And these were the same dudes who were headbanging to 7nightsatsea who opened the show earlier on. To a certain extent, I was one of them. Ask any one of the ladies who were standing around me - I was singing (wailing?) along to all of their songs in THEIR native language. 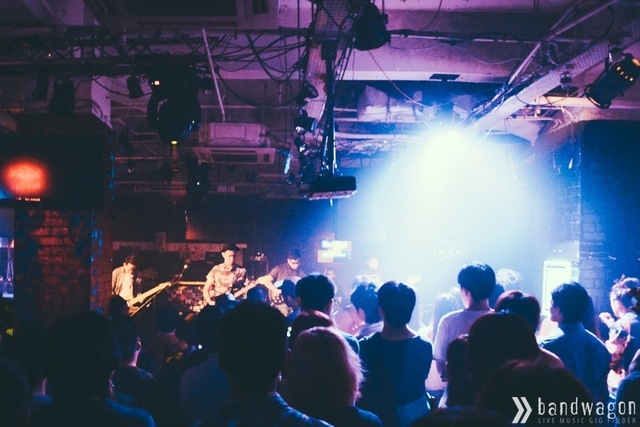 In a perfect demonstration of masculinity’s regression and a challenge to conventional gender roles in live music environments, us males were reduced to howling at every little adorable attempts Ikkyu Nakajima (vocals/guitars) made at speaking English, and shouting random Japanese words and phrases to get their attention (and a date maybe).

But really, who could resist these three pixie-esque ladies playing their respective instruments better than most dudes we know. Motoko Kida (guitars) was a complete guitar heroine that night, intricately riffing everything up with angular notes and precise timing along with Hiromi Sagane’s heavy bass melodies. Combined with the sultry J-rock vocals of Nakajima and the deceptively tricky drum beats of Kazatuka Komaki, you’d wonder why no-one else thought of doing this before. Because everything sounds so damn GOOD. 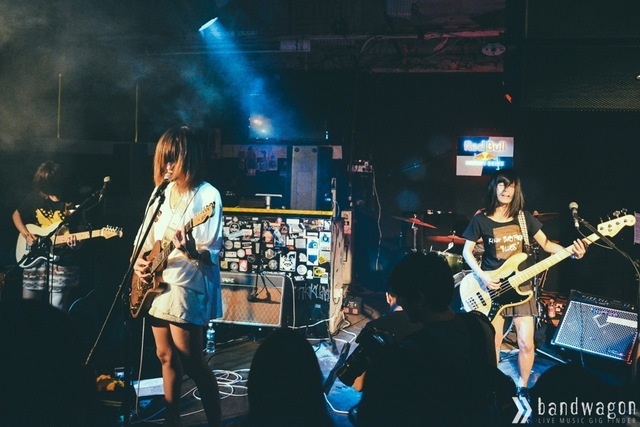 The attraction lies in the fact that these girls totally get math-rock (though they may not even know what it is) and can totally school their male peers, while still looking like your regular sweet-girl-next-door. Oh my God. My palms are getting sweaty thinking about that intense night. I’m getting the shivers now recalling tricot transitioning perfectly from “artsick” to “swimmer”, the two slower songs on T H E - the quiet parts ALWAYS give me SO MUCH GOOSEBUMPS. That FIRE in “99.974℃”. I can’t even bear thinking about the fact that I watched them play “爆裂パニエさん” live - DAT CUTE LITTLE RAP PART. I WILL MARRY EACH ONE OF THEM SIMULTANEOUSLY. EVEN THE DRUMMER. ARGLAIJOVLNSXBLKLSUHHH 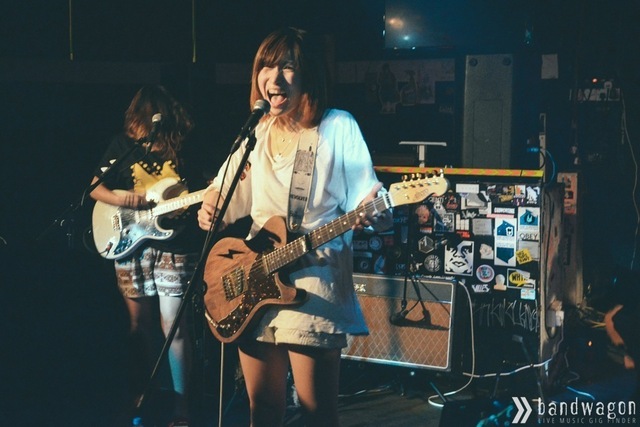 So I know that that Ilyas likes tricot, I really do. He's been playing tricot for weeks in the office, and singing along to it. He doesn't even know Japanese. At first glance, I wouldn't even pass this off as crazy fanboy behaviour (he celebrated in his heart everyday in anticipation of GTA V), and then there I was a Home Club, getting pushed to the front and punched in the boob twice by maddened fans, and when I turned to find his face in the crowd, I saw that Ilyas had become one of them.

Real talk, tricot's great. I can see the appeal immediately. Girl-fronted math-rock band. Pretty good-looking girls even. Heck, I'd be head over heels in love if I were an awkward, over salivating adolescent boy. Later on that night when I was at another show at the Esplanade watching an all-male dreampop band, I longed to go back to the dingy Home Club to re-experience tricot proper. The live performance of this small band from Kyoto really blew me away. Technical skills +10, stage presence +20, being mad loud +30. And man, was I impressed by Motoko Kida on guitar, and if the environment was doing anything to influence my emotional well-being, then yes I found myself having a little crush on her. 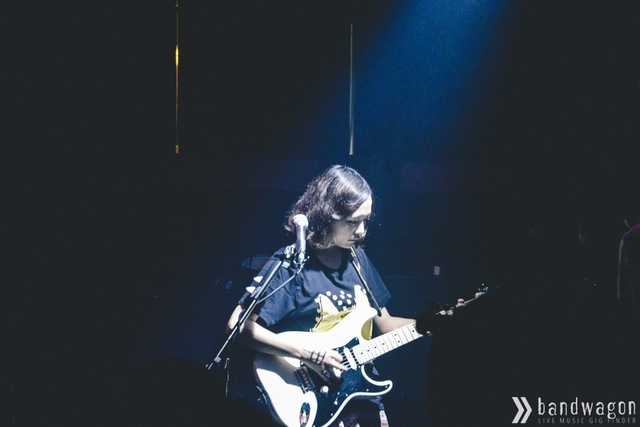 A little about the crowd, it seemed that they had let their passion override social graces. Shouting random Japanese (okay I joined in for a bit), manic happiness that led to spit flying everywhere when it came to speech, totally disregarding the people around you, it was… cute. And then it became overwhelming. I began to realise that it wasn’t Motoko everyone had their eyes on, but Ikkyu Nakajima, the pixie-esque lead lady (well duh). Every thing she voiced made all these lads around me go bonkers. The girl next to me (hi Claire) exchanged glances a few times during the set with pursed lips, wishing the oooohs and aaaaahs would be over and done already. I was very pleased when they did ‘artsick’ and ‘swimmer’ back to back, slow songs also meant no boob-punching and saliva in my face…

A few days later, I would receive a Facebook message from Ilyas with a YouTube link. His next message was “0:33 so cuteeeee. Ahhhhh”. I guess this will be a repeat of post-release GTA V. Hey man, see you when you get back. We'll have lunch. 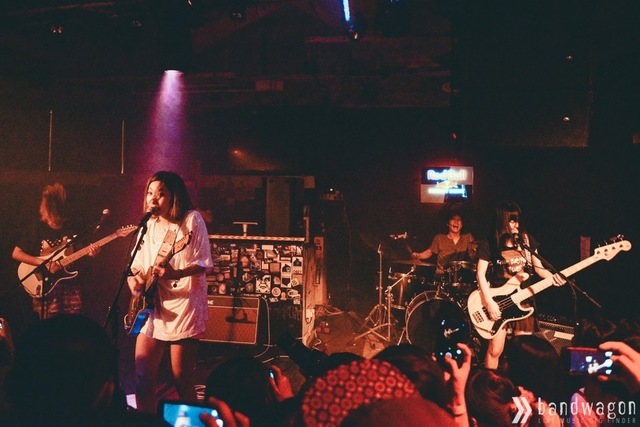 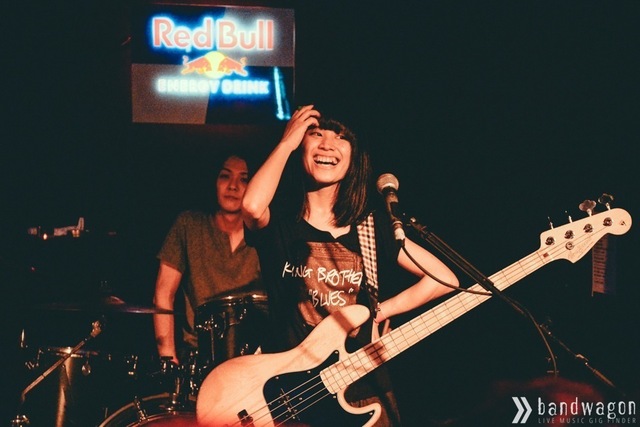 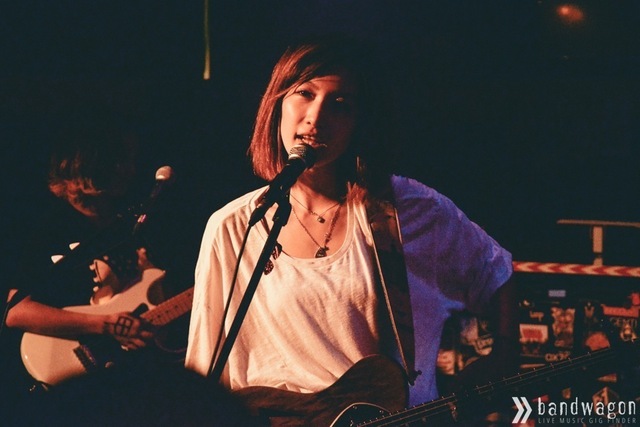 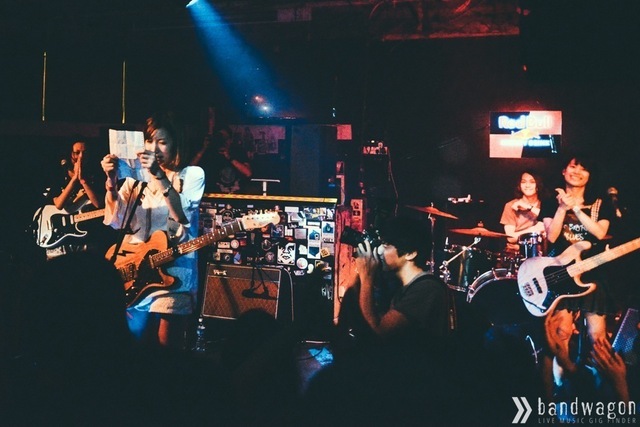