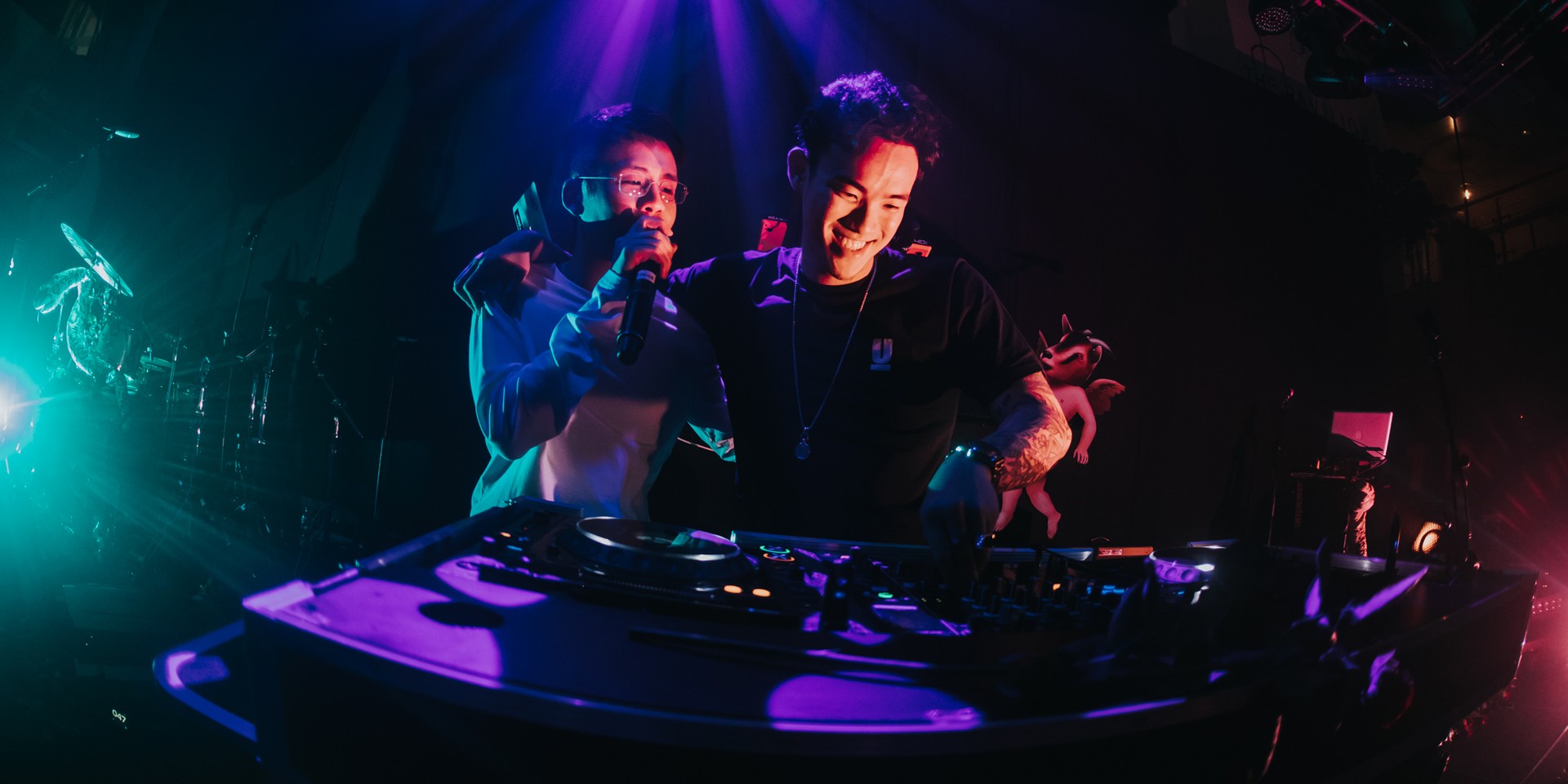 Last Friday night saw the coming together of two of Singapore's brightest musical prospects at the launch party of their highly-anticipated collaborative album: B4NGER PROJECT, a culmination of the efforts of Gentle Bones (Joel Tan) and MYRNE (Manfred Lim) over the past year. 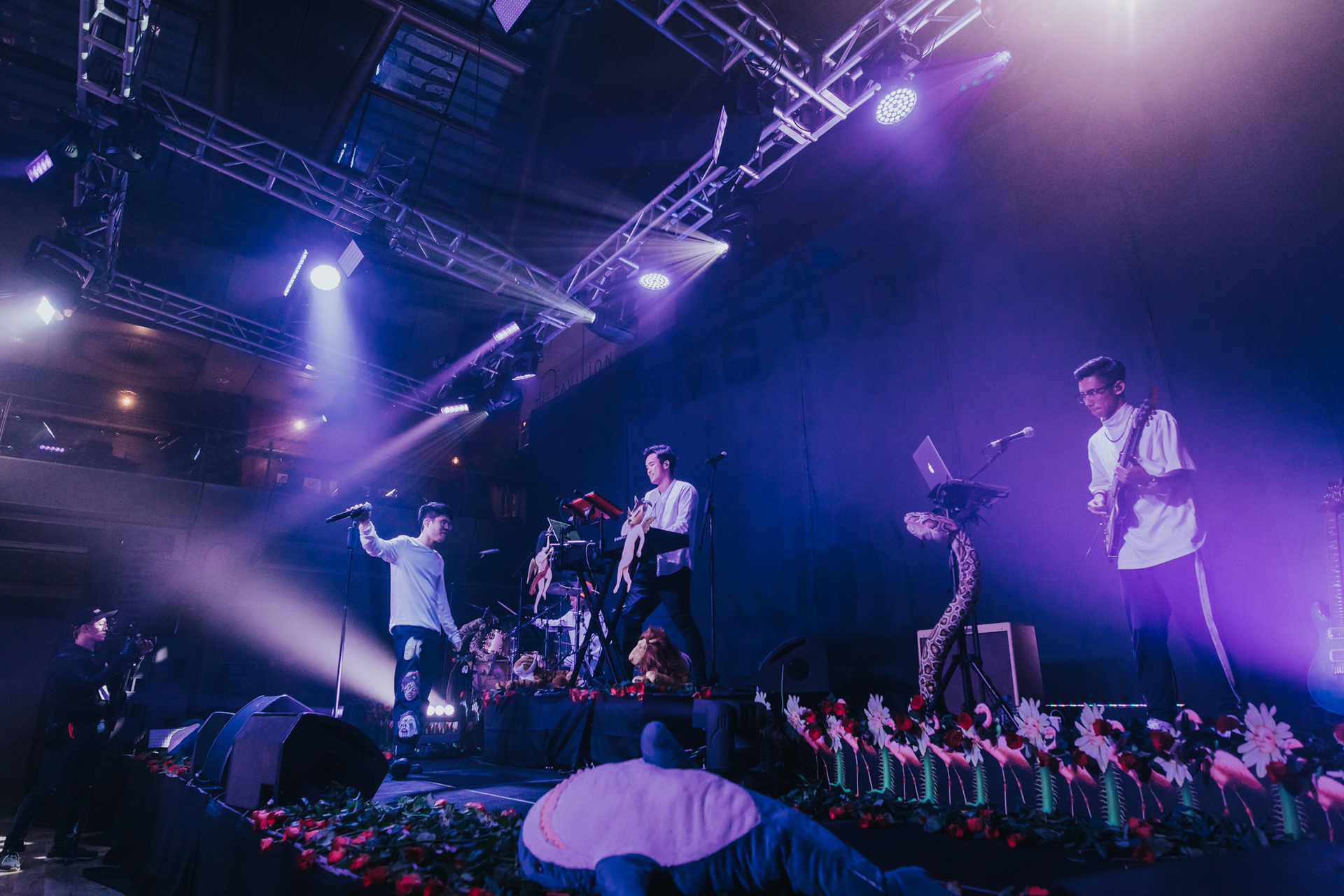 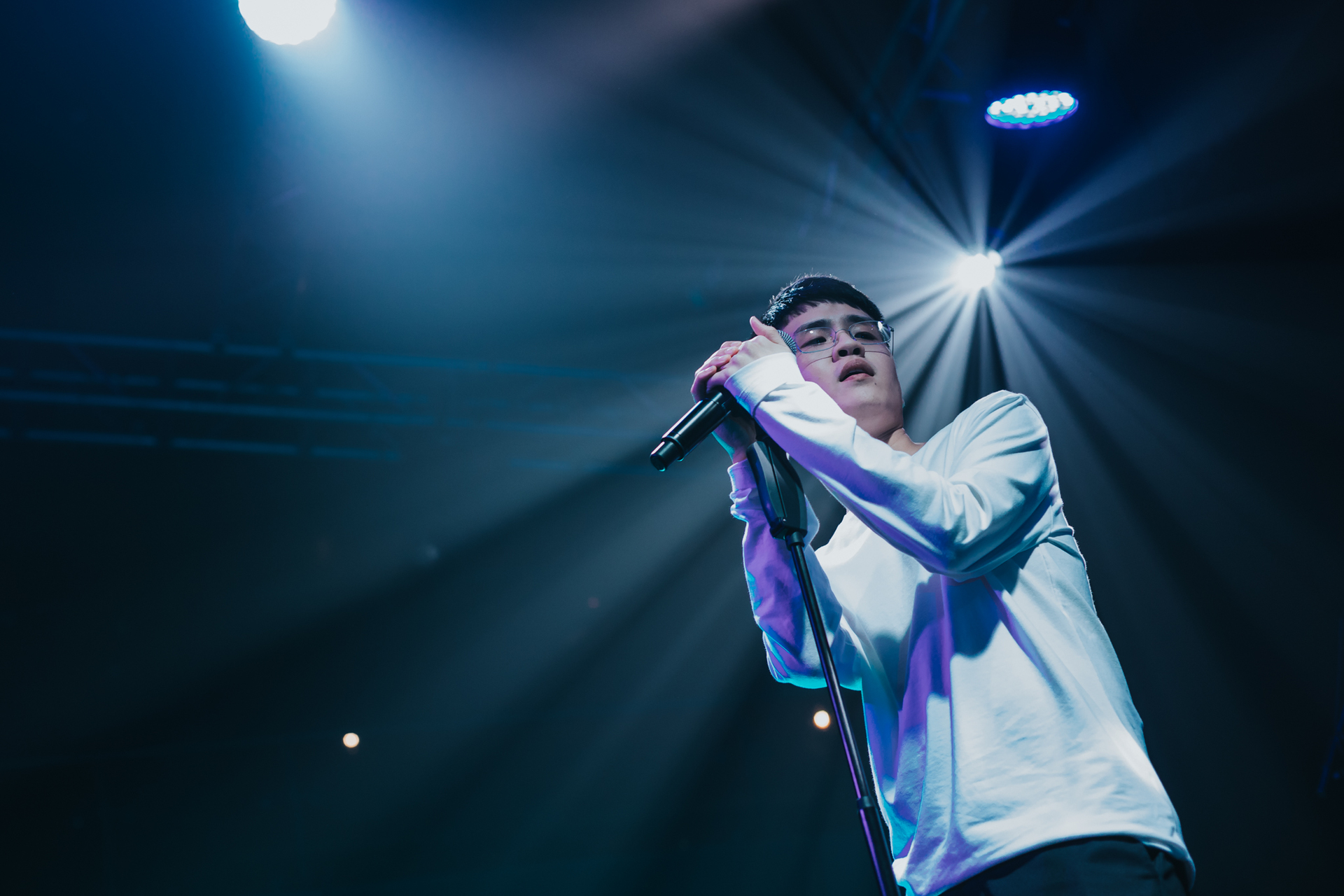 On a stage adorned with roses among other whimsical items including animal plush toys, the duo opened the show with the groovy '5HE DGAF' and '7OVE YOU', the crowd lapping it up and singing along to the tracks, despite their rather recent release. Following an awkward introduction, the duo performed Manfred's remix of Joel's 'Geniuses & Thieves', one of the duo's first works together. 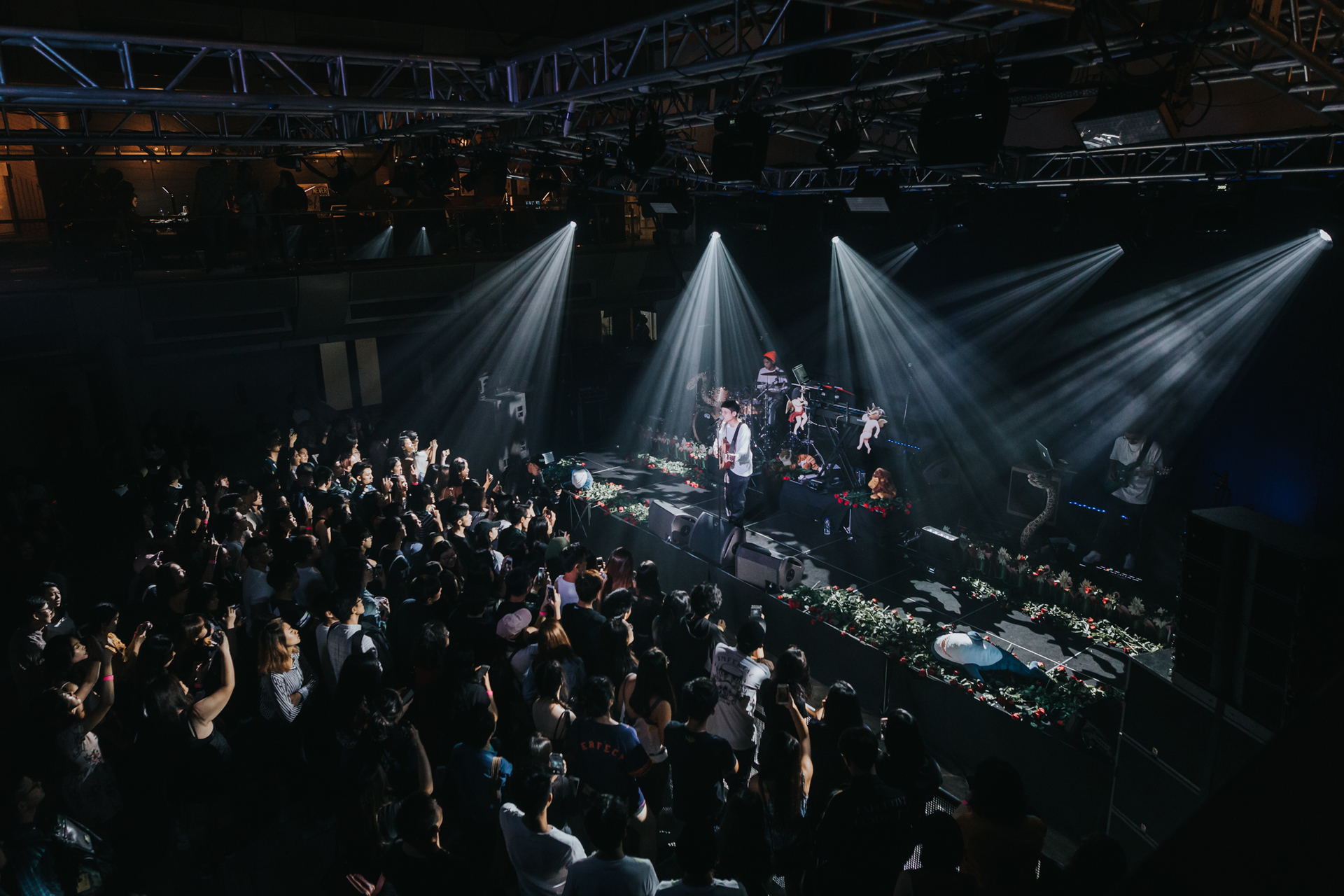 'Geniuses & Thieves' wasn't the only original piece to make the setlist — the electronic producer left the stage shortly after for the singer-songwriter to perform his own original pieces including 'Until We Die', 'Settle Down', 'Elusive' and more. 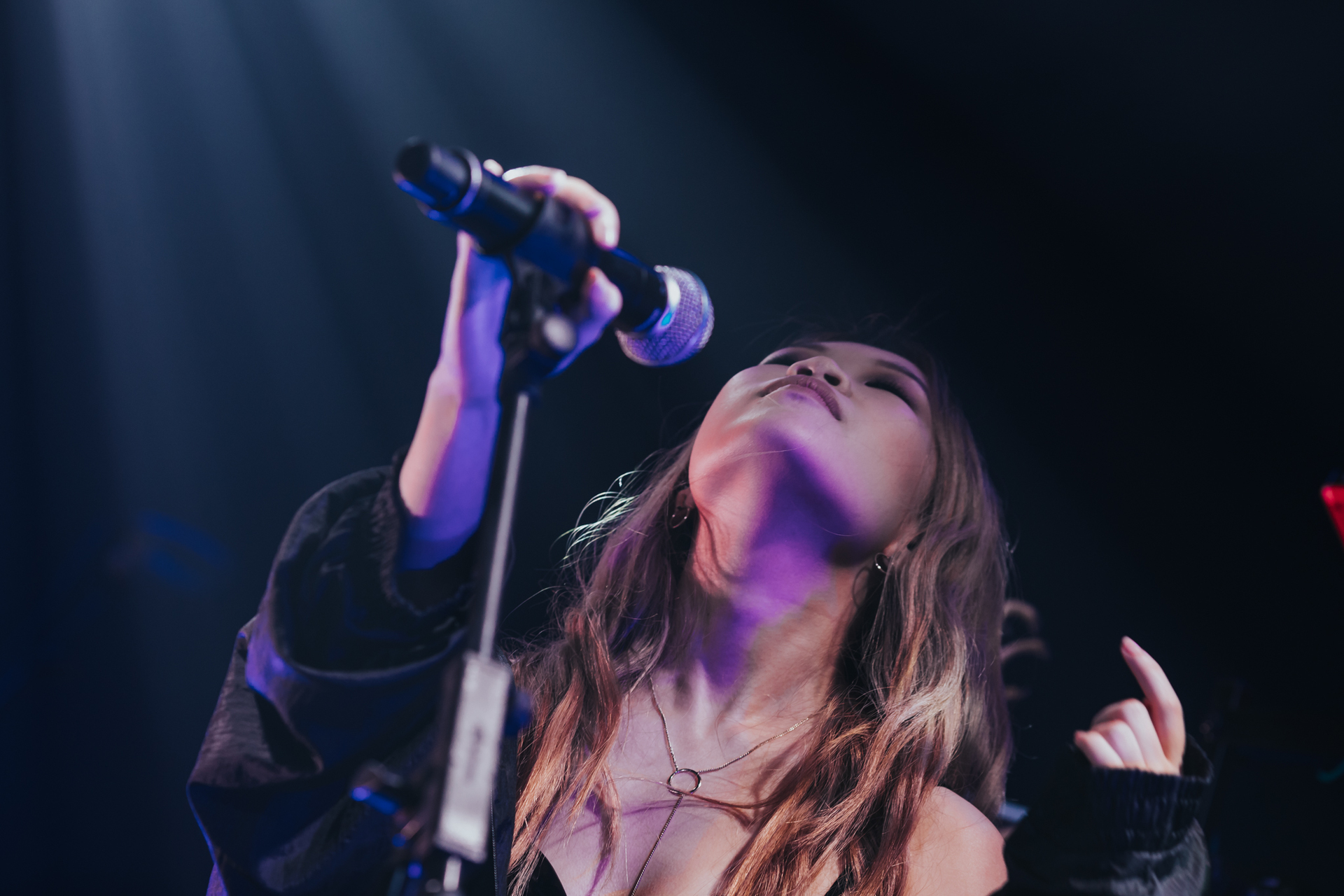 Special guest Linying then took over the stage all-smiles, and performed her rendition of Frank Ocean's 'Self Control' and her duet with Joel off os his second album, 'Liar'. 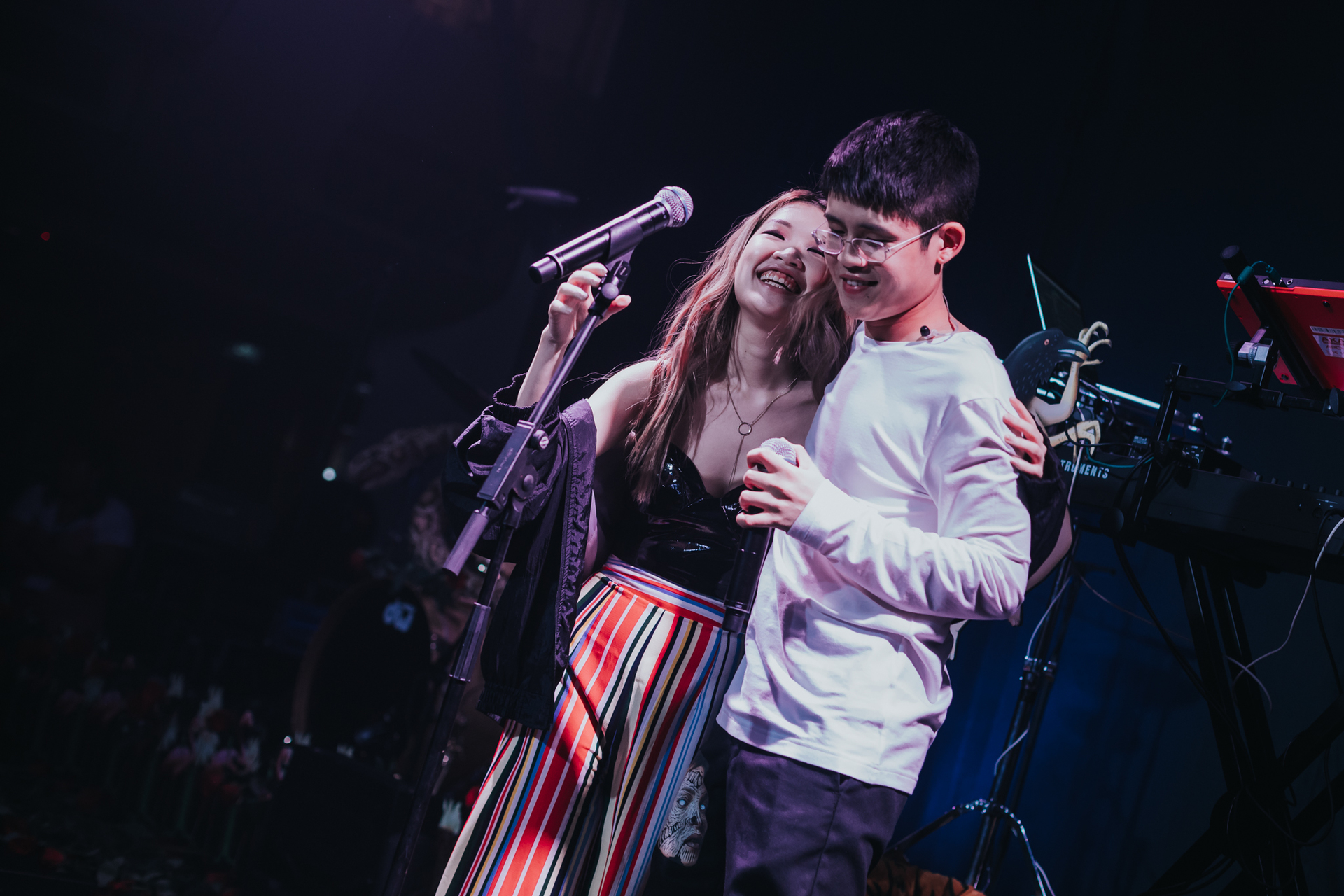 As the duo capped off the night with 'JU1Y', the track that started it all, Joel threw out aforementioned animal plush toys and gave out roses to fans. Manfred ended off the night with an hour-long DJ set, giving us a glimpse of his original musical style, layering tracks that didn't seem would go together, but fit anyway. 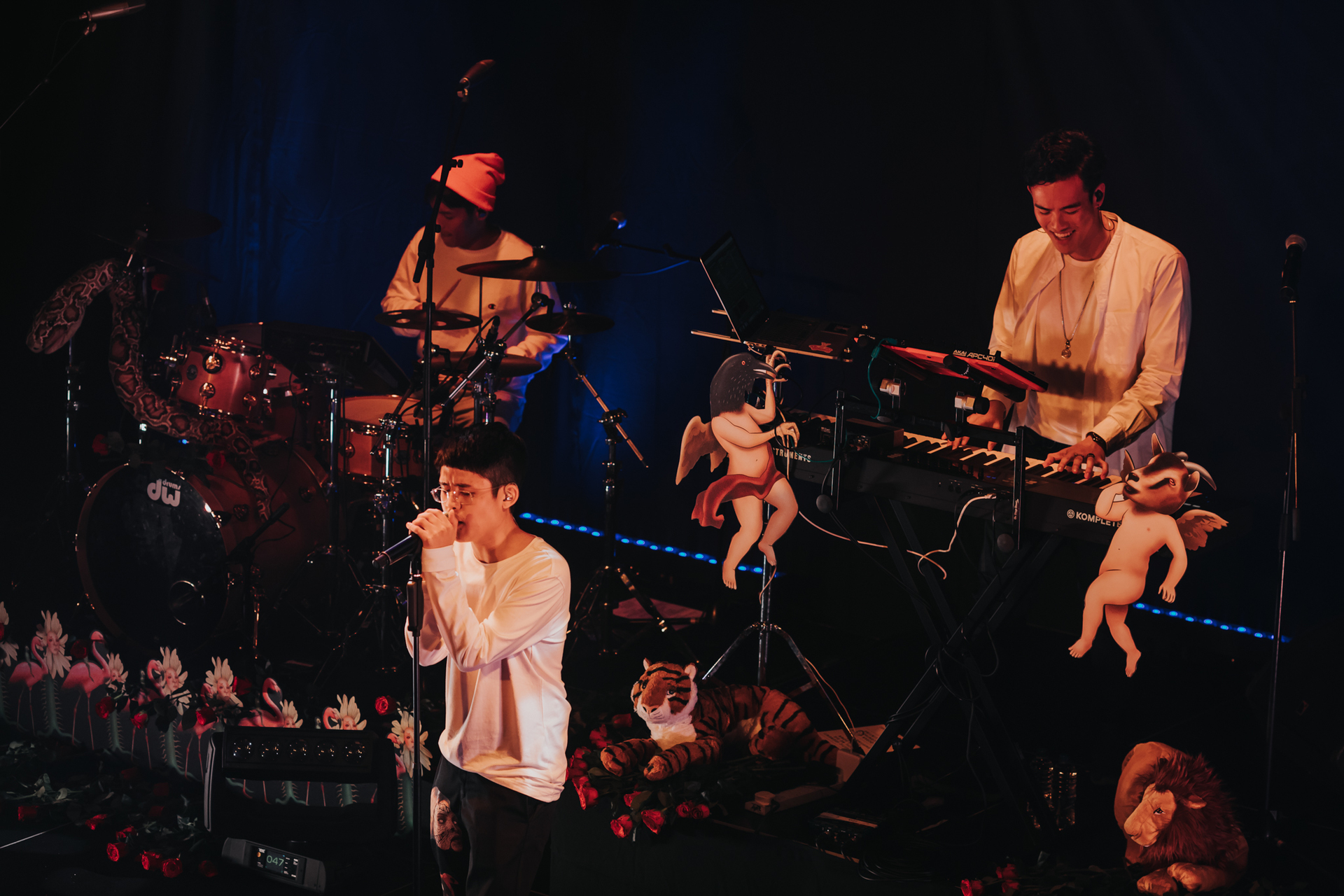 Gentle Bones' and MYRNE's album launch was one for the books — a large-scale collaboration and showcase of the duo's potential in pushing for genres and styles beyond their usual, an eager embrace of their self-deprecation delivered most wittily, and exceeding all expectations. 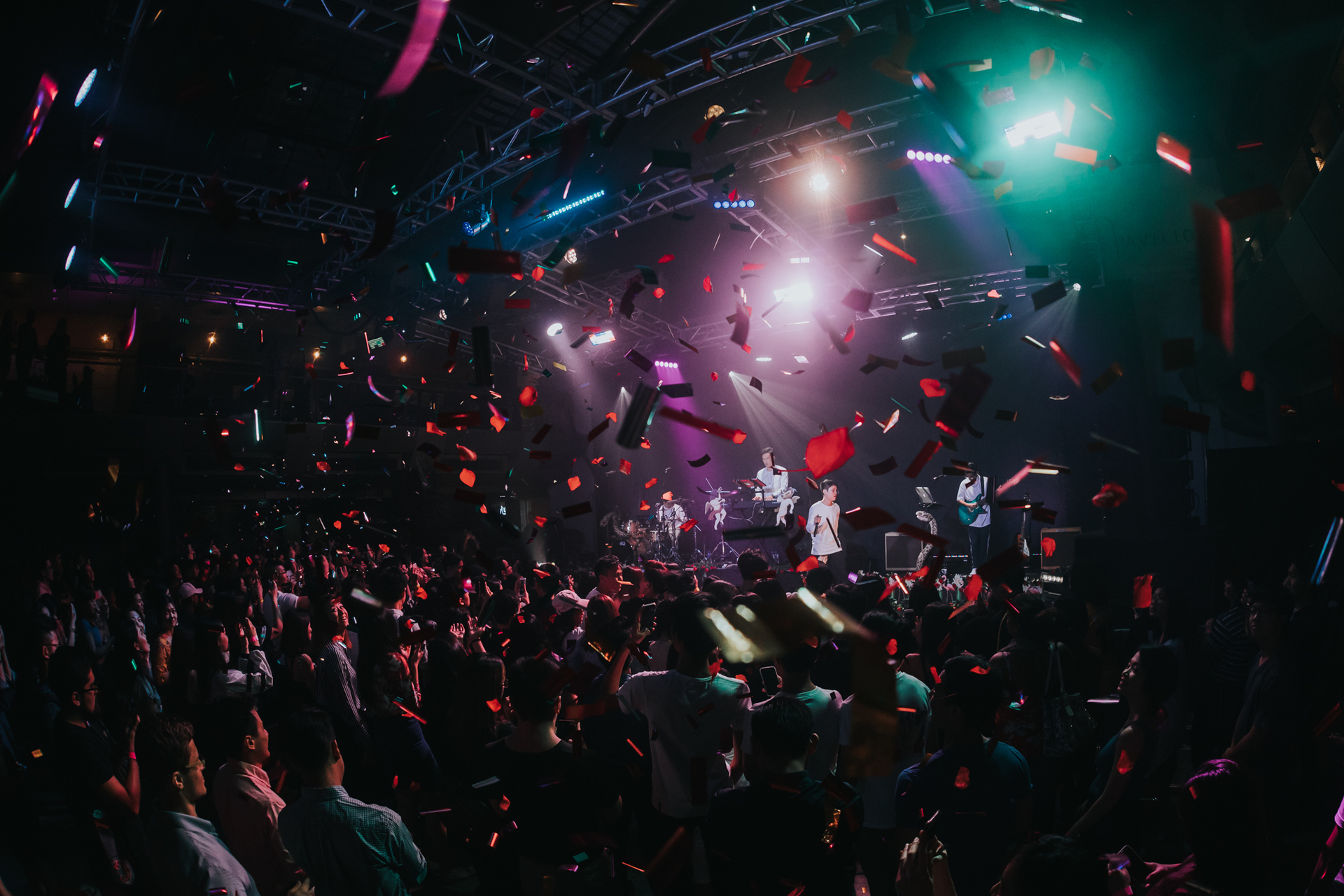