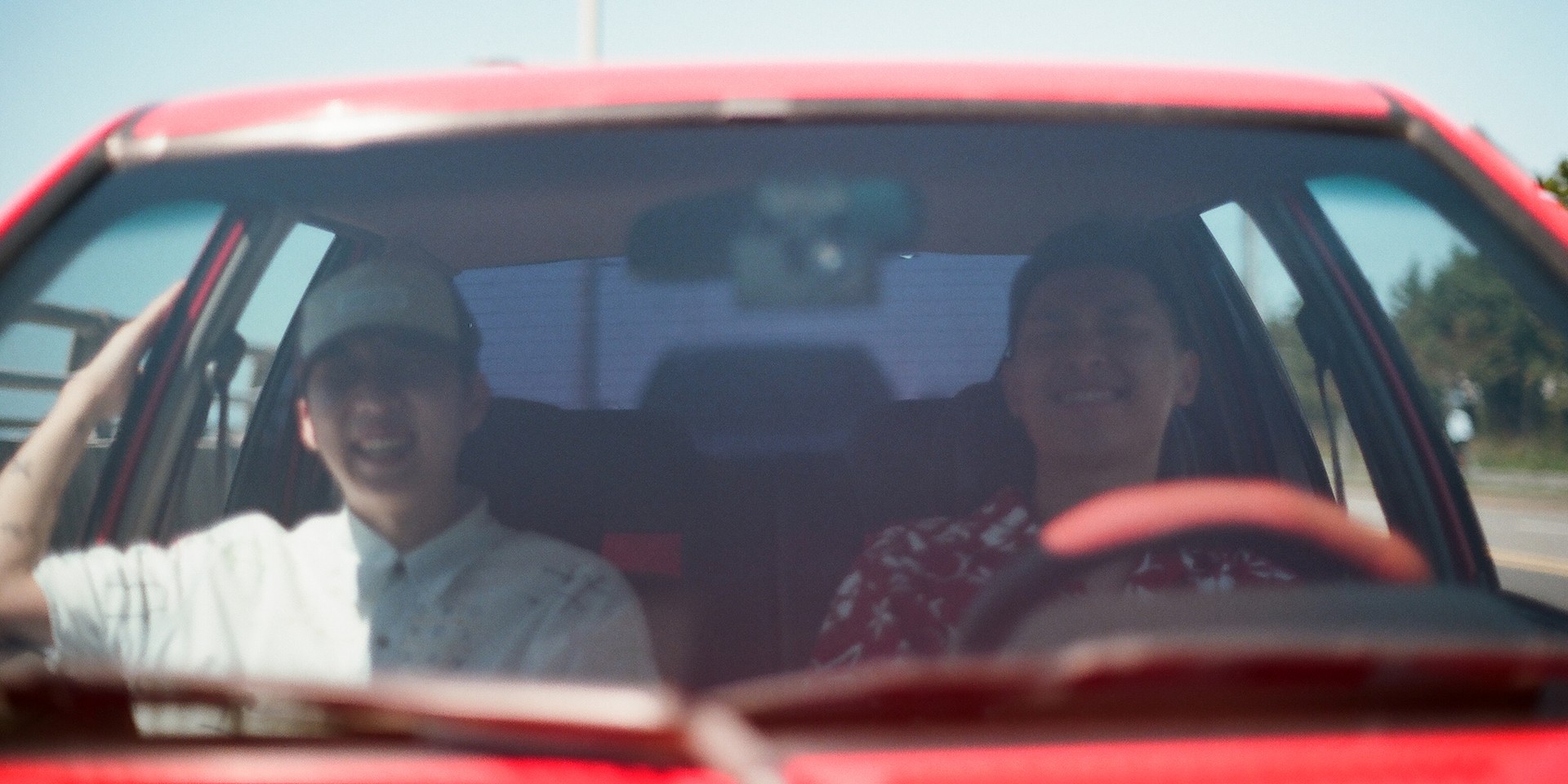 Things might have been bleak this year, but george and Cosmic Boy are here to bring a little sunshine into our lives.

The South Korean artists teamed up to enjoy the vibe of summer. It may not have been their intention from the start, but now with their joint EP, Love in summer, they're making up for lost time of outdoor activities and feel-good moments out on the surf. 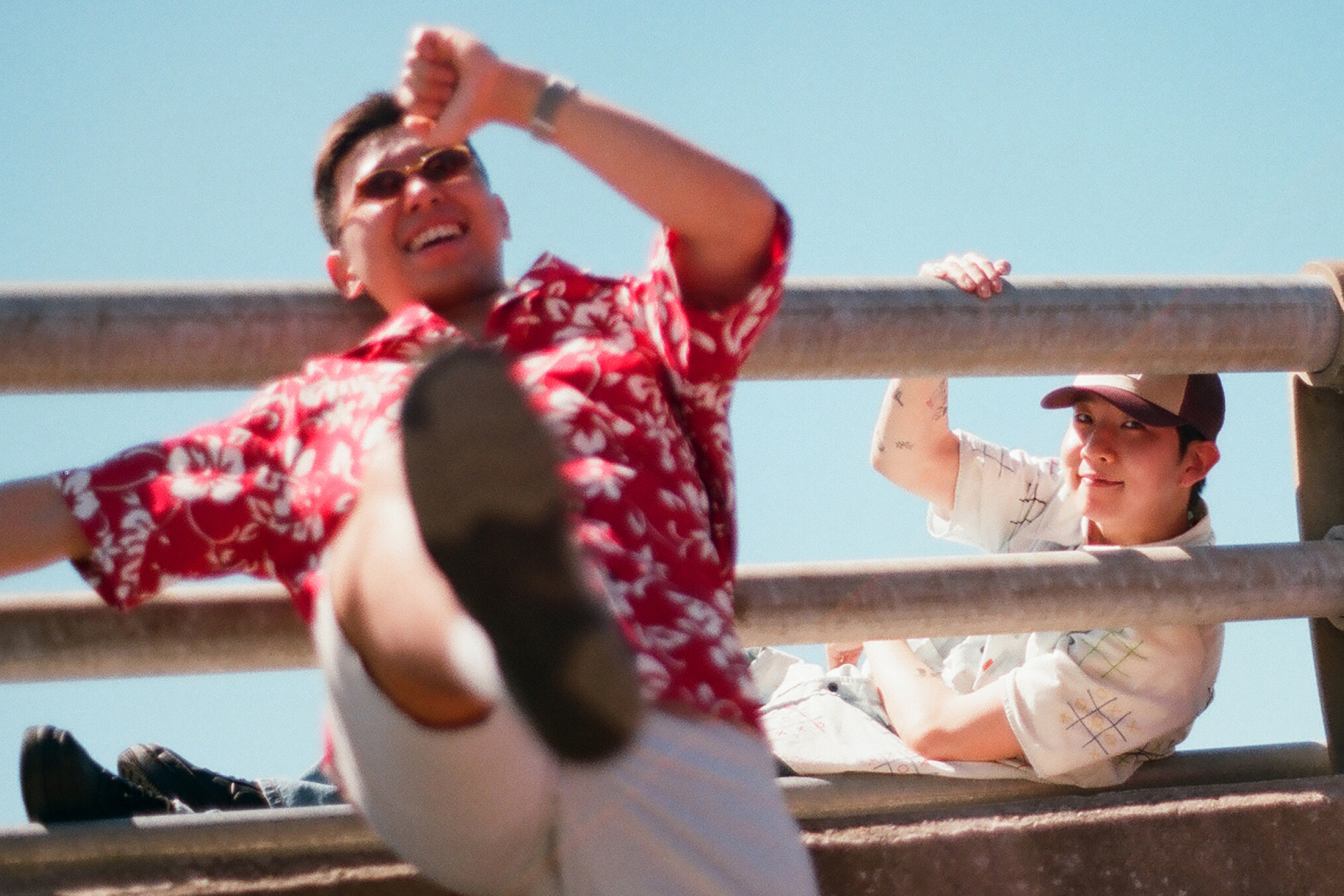 george, who has also lent his magic and ears to K-Drama soundtracks, and Cosmic Boy met through the hip-hop collective WYBH. They've been good friends since.

Without having to say it right away, they were both on the same page in wanting to work together. "I always wanted to collaborate with him on an album," Cosmic Boy reveals. "However, george was the one who brought it up first and we jumped into it right away."

According to george, collaborating with other artists brings him out of his comfort zone, as he finds himself going beyond his usual work routine. "It helps me think out of the box," he says. "Working alone, sometimes, makes me feel like I am trapped in my own mind." 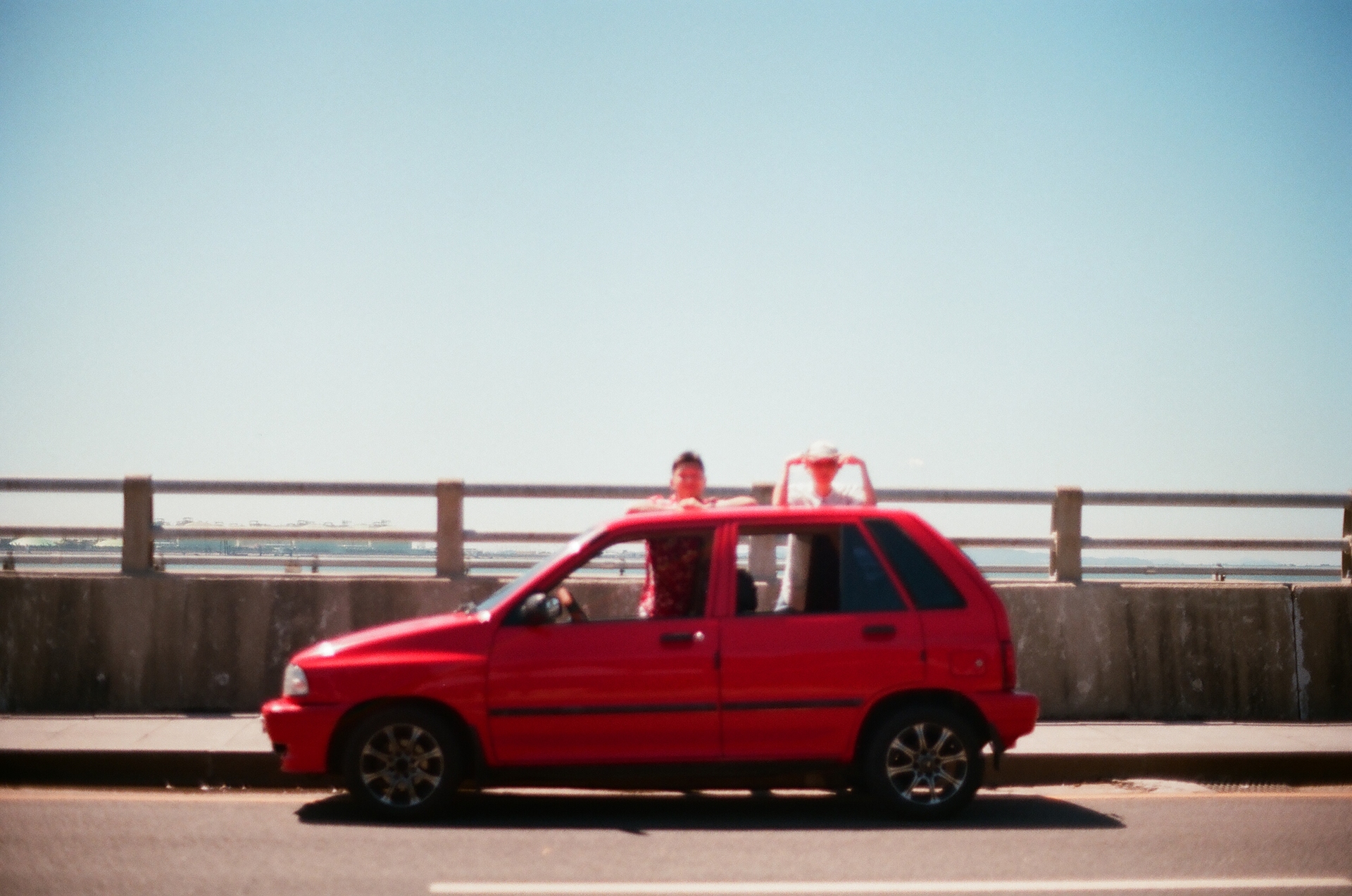 Cosmic Boy confesses that george is one of his favorite artists. "His vocal has a comfortable energy, and he tells his own story with different themes from others," he says. "I usually consider first whether the musical direction of mine and the collaborator matches well. george was a definite fit."

But with the coronavirus pandemic still looming overhead, being able to work the way they used to hasn't exactly been comfortable. "It was so sad that I haven’t had much opportunity to sing this song on stage since most shows got cancelled due to COVID-19," george tells Bandwagon about how the coronavirus pandemic has affected his work. Cosmic Boy adds, "It’s a very serious virus which can lead to death, so I have to take it seriously."

Get to know the tracks off of love in summer below.

Cosmic Boy: I wanted to make a lighthearted intro track, so I put in some noises you’d hear on a drive to make the song a little more fun. I wanted it to sound like there was some trouble getting the engine to kickstart, to bring up the image of kinda clumsy, nerdy man who is on a difficult journey.

Cosmic Boy: I made this track thinking about summer nights in Southeast Asia. I used wet textured sounds a lot because I wanted a humid mood. It became perfect after george put his vocals on it.

george: I tried to express the relationship between lovers, comparing it to a desperate search of an oasis in a desert. The title came about from my adlib in the hook “Whoa-oo-woah-oo-woah-oo”. The sound resembles the word ‘water’, so I thought it was apt.

Cosmic Boy: ‘water’ was completed in the shortest time. george took his time writing the album, but for this track, he was done really quickly. A little bit of old-fashioned synthesizer and guitar sounds made a good combination with george’s vocals and pH-1’s rap.

george: Surfing is one of my favorite summer activities. While surfing, I feel free and fresh.

Cosmic Boy: This track started from george’s humming. He hummed ‘surf, surf’ on the draft version track I sketched. While recording, we really wanted the chill vibe of surfing to come through the song.

george: ‘used to’, is the last track off the album, so we wanted a song that nicely wrapped everything up. In the beginning of the work process, Cosmic Boy recommended youra to be a featured artist and I agreed without hesitation. In this song, we made an effort to make sure our voices complemented each other’s.

Cosmic Boy: ‘used to’ was the last track I finished producing and I think this is the one that george was most hesitant about. But we kept working hard and finally completed the song! I wanted a female and male duet and believed that george’s clean vocals and youra’s mysterious vocals would harmonize well.