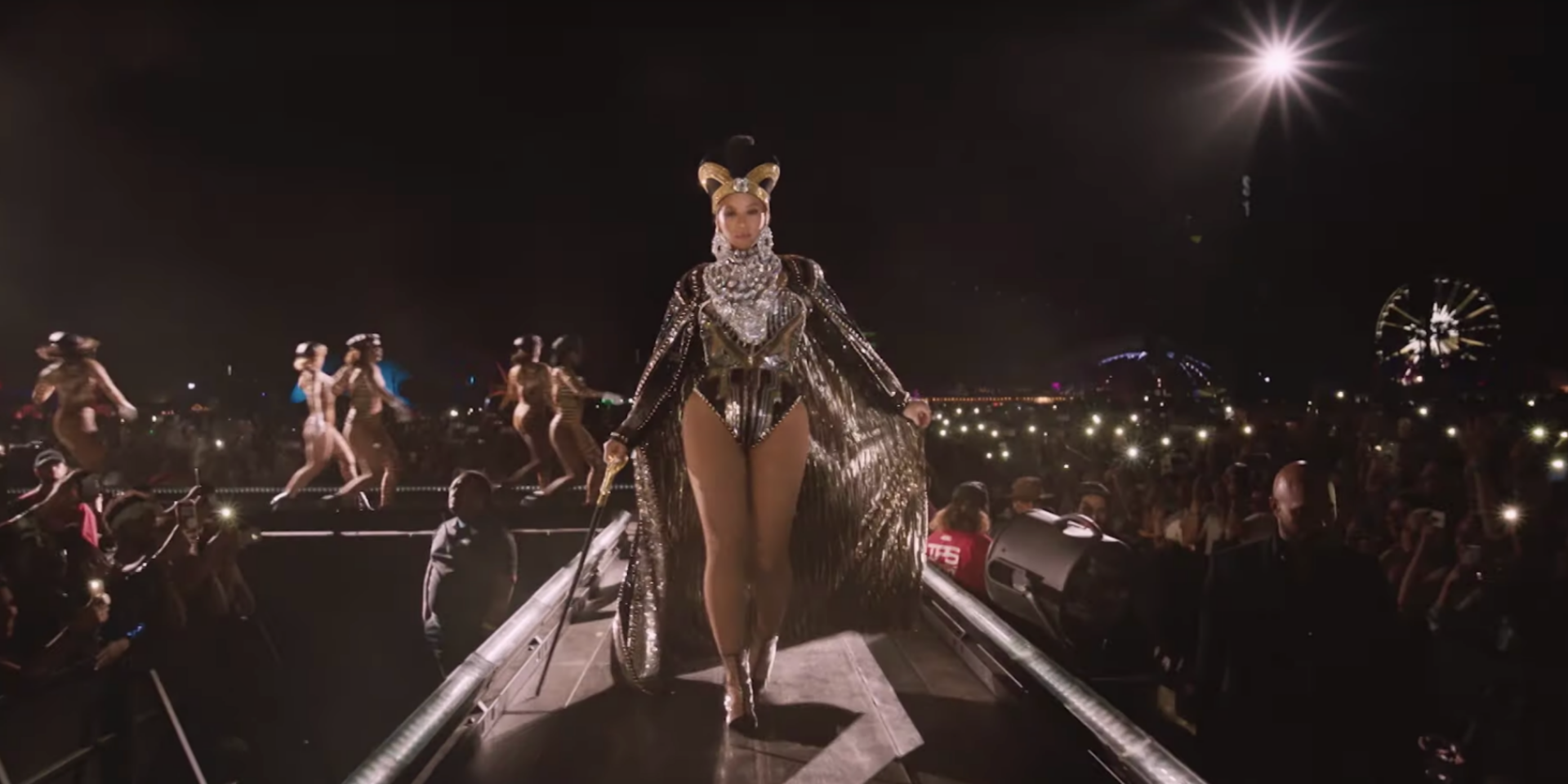 As previously reported, the singer was working on a documentary which will chronicle her historic 2018 Coachella performance. The mammoth two-hour set was dedicated to "America's historically black colleges and universities". Aside from cameos from Jay-Z, Solange, Kelly Rowland, Michelle Williams and 'Mi Gente' collaborator J Balvin, the film will also feature interviews and behind-the-scenes footage of the creative processes that led to her unforgettable performance.

See the trailer below.

Homecoming is out on Netflix on April 17.