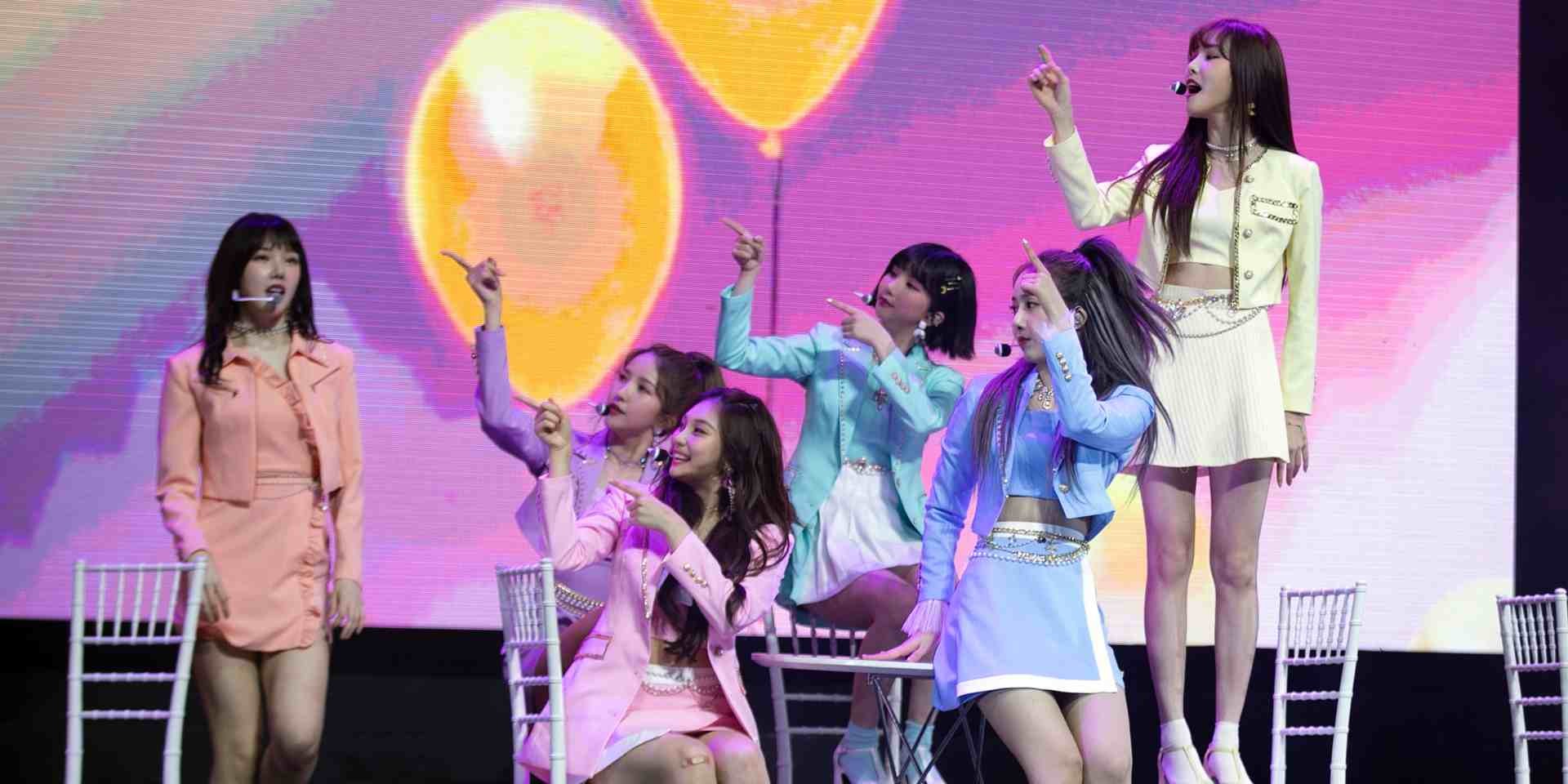 Consisting of six members, Sowon, Yerin, Eunha, Yuju, SinB and Umji, the Korean girl group returned to Singapore three years after its L.O.L Showcase. The concert was held on Saturday, 20 July, at The Star Theatre. 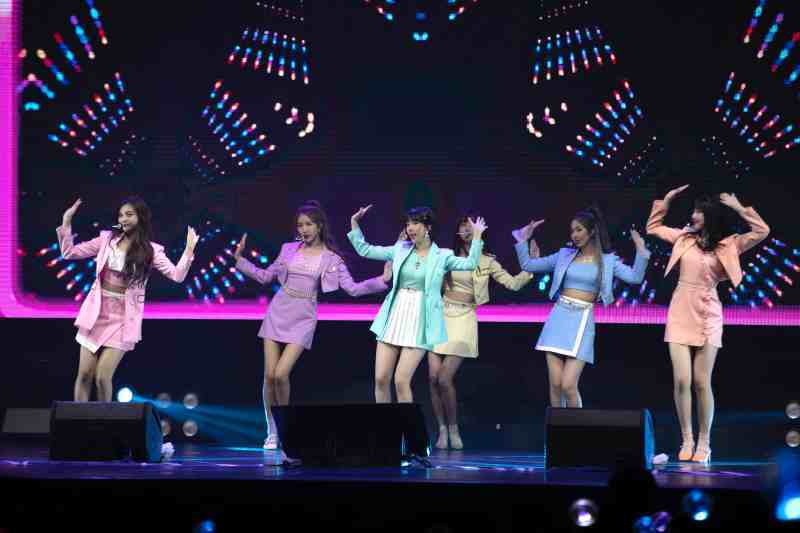 The three-hour concert was a showcase of the group's growth over four years after its debut in January 2015. The girls who once donned school uniforms in their music videos are all grown up and tackled more mature concepts with flair.

GFriend kicked off the concert with 'Me Gustas Tu', immediately bringing the fans back to the beginning, which earned loud cheers from the crowd as they waved their glass marble sticks proudly in the air.

During the first-half of the concert, GFriend displayed a more innocent and lively side – a concept that they started out with when they debuted – performing cute, upbeat songs like 'Life Is a Party', 'Vacation' and 'LOVE WHISPER'. Songs such as 'Life Is A Party', 'Glow', 'Truly Love' and 'Love In The Air' also made their live debut. 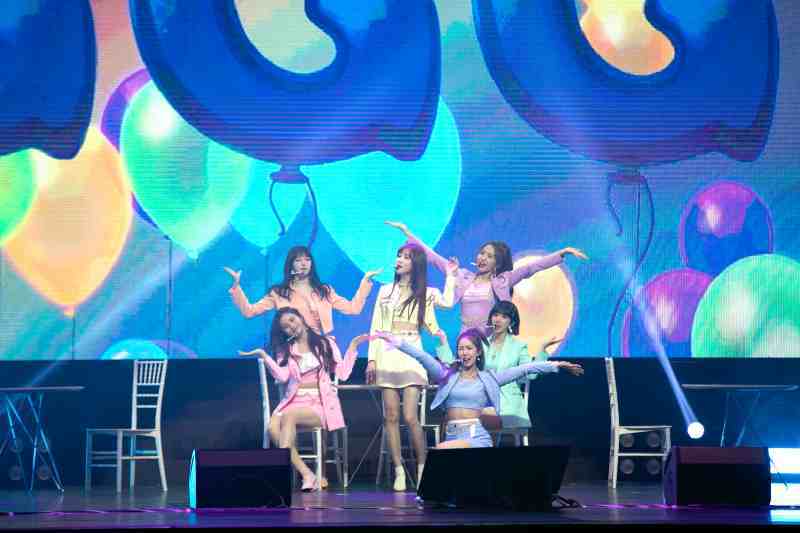 Before transitioning into the second half, the girls split themselves up into two teams, “World Peace” (SinB, Sowon and Yuju) and “Hug Hug” (Umji, Yerin and Eunha). Both were revealed to be options for their group name before their official debut as GFriend.

The sub-units World Peace and Hug Hug performed 'Monday Blues' and 'Shy Boy' respectively, which the members then mentioned were  considered their debut titles back in 2015. Given how different the concepts of the songs are from their actual debut title 'Glass Bead', it’s a little difficult to imagine how it would have turned out if GFriend wasn’t GFriend.

However, the sub-unit stages along with its introduction VCR drew laughter from the crowd. You’d laugh too if you saw GFriend dressed in flamboyant hot pink dresses and leopard prints and rapping about apples and bananas. While it was hilarious, it was also endearing to see the girls come up with stages that only they could share with fans. 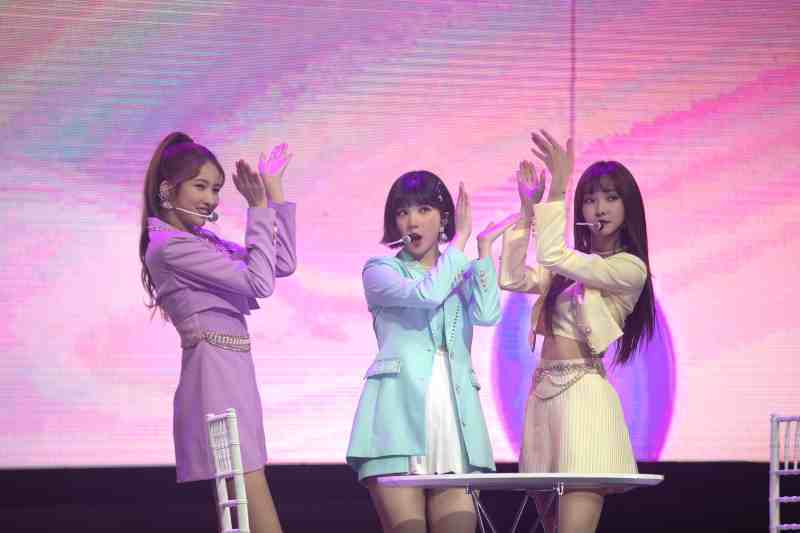 The second half of the concert proceeded with the concept of “Emotional GFriend” which the group has been branching out towards in recent years. Including 'You are not alone', 'Sunrise' and 'Memoria', these songs are heavier and more melancholic as compared to the earlier songs. They also performed the ballad rendition of 'Rough', the song that gave them their first win on music shows in 2016.

Concepts aside, the one thing that makes GFriend stand out is their energy. Whether a theme is innocent or mature, GFriend has been consistent with the amount of power they bring into their performances, which is why unique terms like “power innocence” has been associated with them.

They are well-known for their tough choreography and intricate dance formations, and while you expect them to deliver a sub-par vocal performance, considering how difficult their dance routines are, they subvert your expectations with robust live vocals. To top it off, the main vocalist of the group Yuju always pulls off her high notes with ease. And to witness all of this live, was mind-blowing to say the least.

However, it was a pity that the sextet didn’t perform 'Fever', off their newest and 7th mini album FEVER SEASON. Singapore was their first stop in the tour after they made a comeback with the song at the start of July. Knowing how much the fans would want to see them perform 'Fever', leader Sowon made a quick trip backstage to put in the request for a last-minute change in setlist but to no avail.

The girls were determined to let the fans hear at least a little of 'Fever' though, as they squeezed in a short but exquisite performance of the song. And the fans were definitely appreciative of their efforts, judging by how loud their cheers were.

With how comfortable they were performing on stage that night, the fact that GFriend has been around for almost five years finally sank in. Their rise to the top as one of the best girl groups in K-pop has been hard-earned and this concert was further proof that they deserve to be where they are right now.