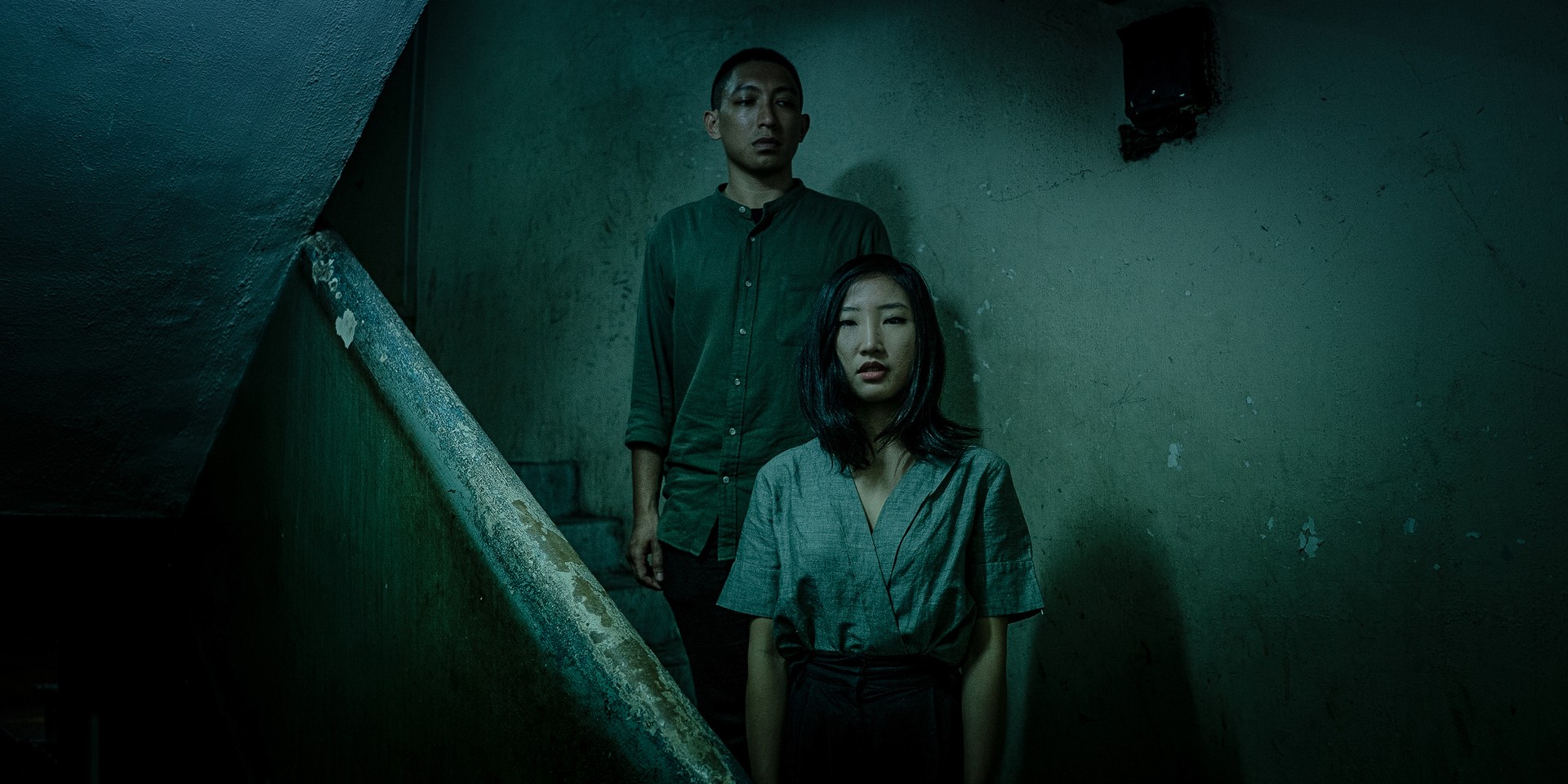 It's been a longtime coming, but .gif are finally back with their second studio album HAIL NOTHING.

The Singaporean indie-electronic duo have long been grappling with the woes of alienation, displacement, and loneliness, but with their latest offering, which follows 2015's soma, take a turn toward a more joyful approach without letting go of that existential dread. "HAIL NOTHING embraces the absence––or inscrutability of––meaning as something not cruel or suffocating, but liberating," Weish tells Bandwagon.

The Jason Tan-produced record took four years to complete, Din reveals, adding that it could've been complete in half the time if they were okay with just okay, saying, "the songs didn’t make sense together as a whole, at that stage." They'd struggled to devote time to writing and recording, despite ditching their day jobs to bring music to the forefront, due to all the projects and gigs they had to prep for.

These days have been extra challenging with the whole world on lockdown. "It's tough," Din says. "It’s tough. Not only could we not have a physical album launch, we couldn’t even get our merch into production because everything in the supply chain was affected. The only reason we even managed to get the vinyl sorted out was because we finished prep for it and got the ball rolling on that project at the tail end of 2019."

Get to know the stories behind the tracks off .gif's Hail Nothing below.

'ONLY YOURS' Ft. Bani Haykal

This might be our favourite track, not least because Bani is on it. Like we said, we worship the guy. Because his talents and interests are so vastly varied it’s been a long, long time since he’s sung with that magnificent voice of his… and many people miss his singing from the good old B-Quartet days. Co-writing this song with him was magic –– it really captured a sense of overwhelming longing, of trying to return to a feeling that is already gone, of being swept away by helplessness.

We love the polyrhythms in this song… the bass and the vocals and the drums all sort of live in their own tempo. Adel from Amateur Takes Control was recently trying to learn the bassline in the track and admitted to us he was having a hard time –– something we take as a huge compliment, considering how complex and technical his own writing is.

This is a song about abandonment; abandoning a hope that you can ever know yourself or what you’re meant to do, abandoning all delusions of grandeur or claims to being significant in any way.

This song starts off describing the day–to–day fatigue of living, always feeling like you are “trailing two steps behind” your body, floating through life and hating yourself for not being able to be present. But then comes a sort of desperate bridge:

“yet we are here. and while alive

in the grey still of every night

i’ll gaze upon a foreign sky

and whisper to the wind that i

love you and some day you'll find

my broken vowels drifting by

an old map from another time”

I guess it’s a way of telling myself that even if everything is for nothing, we can’t help but be alive, and so it’s worth shouting into the void anyway… even if nobody hears you.

This is a special one; it’s our first single and has been receiving the most press, but its origins are far less glamorous. I wrote this song in the toilet… while struggling to breathe, curled up on the floor and having my first ever panic attack. It felt so new and foreign and earth–shattering at the time… I had hyperventilated and cried non–stop for an hour and a half before I decided to write something, anything, just to focus my attention on one thing. And so this song was born.

This is a playful one, with some cheeky wordplay that was fun to write and even more fun to perform. Jason and Din did some amazing production work here to make it sound mystical and immersive, which made the whole tone of the song even more self–aware in laughing at itself for being, well, an “indulgent interlude”.

This one was a more straightforward response to being disillusioned with our own work, and our place in the scene, in the industry, in the larger scheme of things. Collaborating with Usaama was very precious to us––he made me cry with his spoken word set in Cambridge a couple years back––and we love how his verse captured and expounded on the existential despair of the track, while retaining that feisty attitude.

Put simply, this is a track about giving up on your dreams, hahaha. Well, the main hook goes:

‘cause all we got is

a universe of empty words

and songs are only songs, my love, my love

in a universe of empty words

feel their rhythm on your tongue

and the way they make ya dance

The song urges us to free all language from meaning in favour of enjoying the mere sound of words on our tongues. I guess that captures what the album wants to say –– be unapologetic, be mediocre, be nothing, and go forth! Dance blithely into the void. Celebrate the great chaos and wonderful arbitrariness of existence.

This was written at a time I felt… at a complete loss as to how to love and support someone going through a deep depression. You want to go down the rabbit hole with them, experience and comprehend this sunken place, hold their hand down there, where they feel most alone. But you can’t. It’s not your place, you’ll never understand, you’ll never be enough.

But with the sweeping, transcendent synth and production work that Din and Jason created… it transforms the whole song into this cathartic dance that again, urges you to abandon all expectations of yourself and run free.

Din wrote this track as a homage to Aphex Twin’s aisatsana [102]. It was meant to be an instrumental, but Jason had me try layering vocals over it and it just stuck. I wrote the lyrics standing outside my front door, dreading going in and buying time before I had to step into the house.