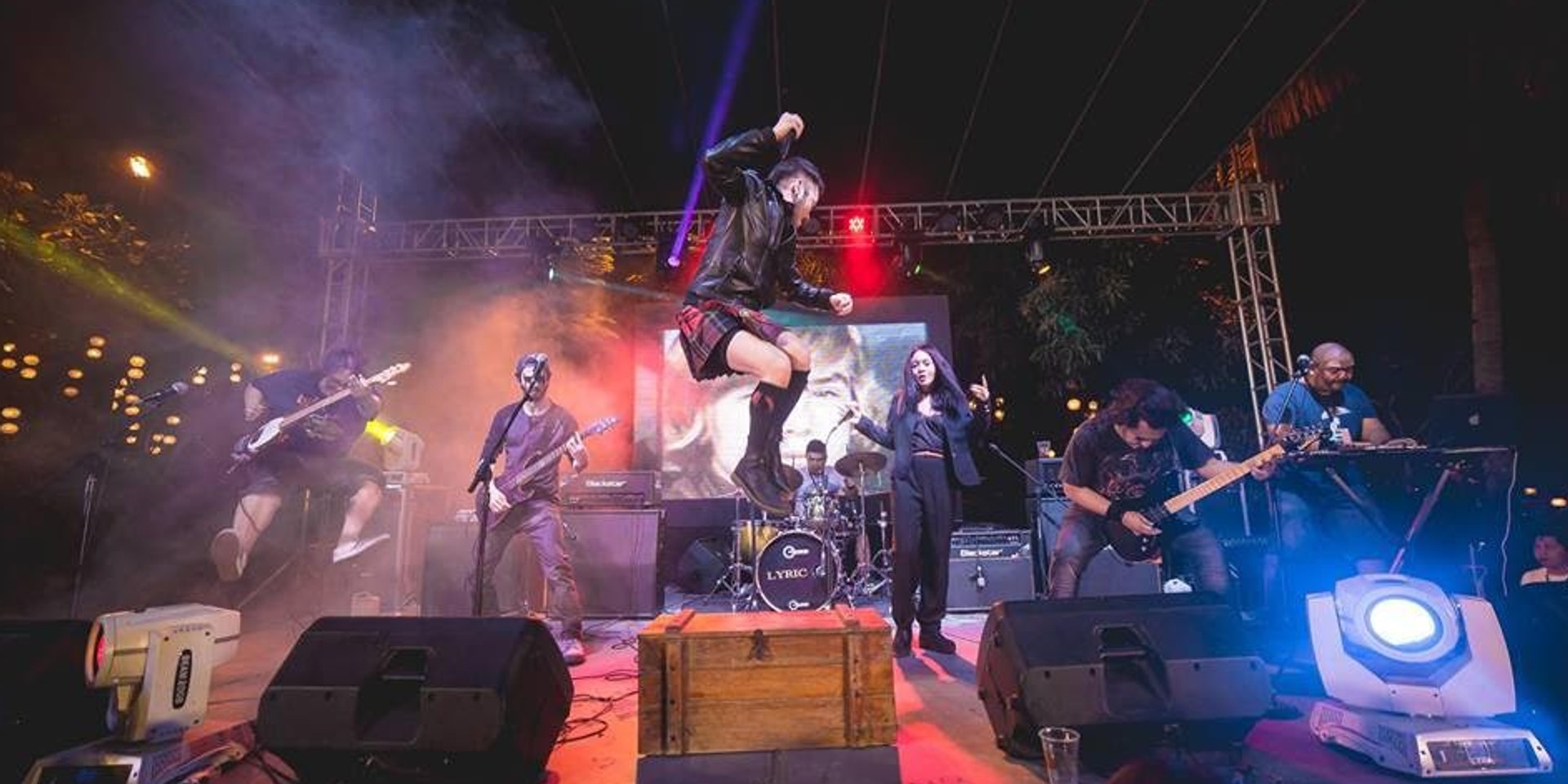 Manila’s Walled City has witnessed many events that have shaped our country’s past. What some people may have failed to notice is that, for the past couple of years, Intramuros has also borne witness to the beauty of our country’s present music and art scene.

We are talking about Intramuros Rising 4 (IR4), of course, the brainchild of ILVSTRADOS, an organization dedicated to the revitalization of the oldest district of Manila. This annual music and arts festival is a venue for up-and-coming local artists to showcase their musical and lyrical prowess to a very eager crowd, most of who are already in awe of what they have to offer. Aptly named, IR4 was indeed a “homecoming march” as bands from the colleges and universities found within the walls and other music groups from both IRs 1 and 2 performed during this two-day fete. 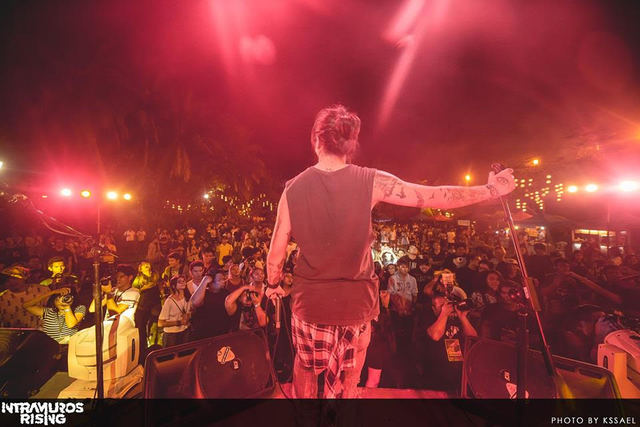 MR. BONES AND THE BONEYARD CIRCUS performs on the IR4 stage on Day One. 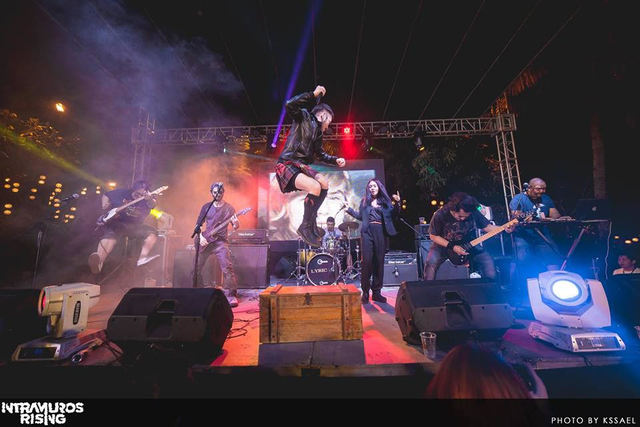 PUMPED UP AND JUMPING is Halik ni Gringo, golden eggs released and all.

Day One was everything a Friday night-out should be. The only thing that exceeded the early birds’ first-day high was opening act Soil & Green’s alternative rock beats. While Not Another Boyband had everybody laughing at their quirky music and more, other homegrown talents Head Playback, There’s Era, Sky Garden and Luciforms kept the energy up and about. Halik ni Gringo’s performance was so spirited, it definitely unleashed everyone's strength within. Mr. Bones & the Boneyard Circus conquered the crowd with Ghost Train.

“I really like Mr. Bones & the Boneyard Circus,” said Althea, a first-time IR attendee. “But when people actually went onstage to dance and sing with them...that was intense!” 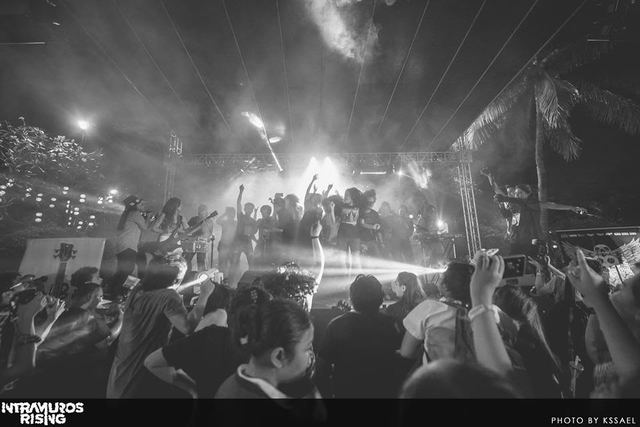 Look at them go!

The spirit of camaraderie and community was evidently felt the entire time. Attendees, mostly from local colleges and universities, reacted to touches of hugot felt during the performances of spoken word poets from The Artidope and Speak! Philippines. Friends and acquaintances easily bantered between the melodic sets of cool Janica de Castro and lyrical We Are Imaginary. The tough (and lucky!) ones thoroughly enjoyed MilesExperience and SUD, two very soulful acts that closed the Intramuros Rising stage on its first day. 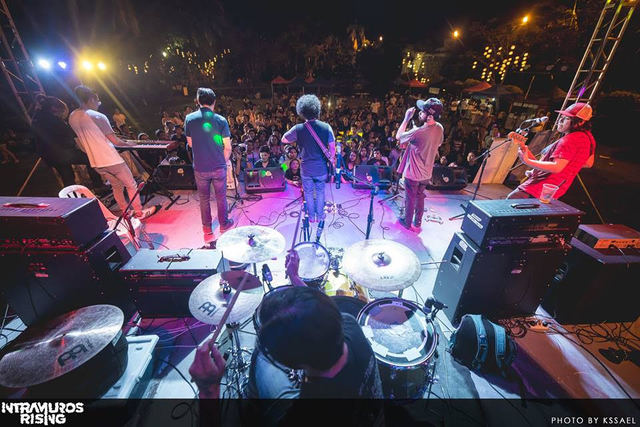 The Saturday that marked Day Two of IR4 was full of energy that increased as the night grew deeper. The stage was overflowing with beautiful music from various genres: reggae from Mellow Submarine, rap from Gnarlydork, metal from Saving the Dying Hope and pop-punk from False Contender and Kontra Tiempo. Bands Benny Bunny Band, Leo & the Tolstoys and Shutter LIFE were remarkable, the personality of their respective bands evident in each of their songs. Emotions of great variety also filled each and every heart present with round two of spoken word performances from all-female group Lakambini and renowned group White Wall Poetry. 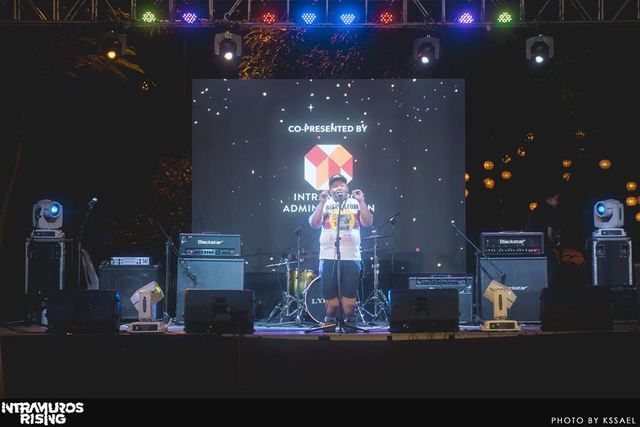 Traffic was bad that night (as usual), but those at Puerta Real Gardens were oblivious to the hustle and bustle as Ourselves the Elves and Brisom gave very different but equally heartfelt performances. But time seemed to stand still when headliner Kjwan took the stage. Aside from having everyone sing to One Look and Daliri, the self-proclaimed titos illustrated awesome showmanship and musicality through wicked guitar, bass and drum solos – and through Marc Abaya’s megaphone. 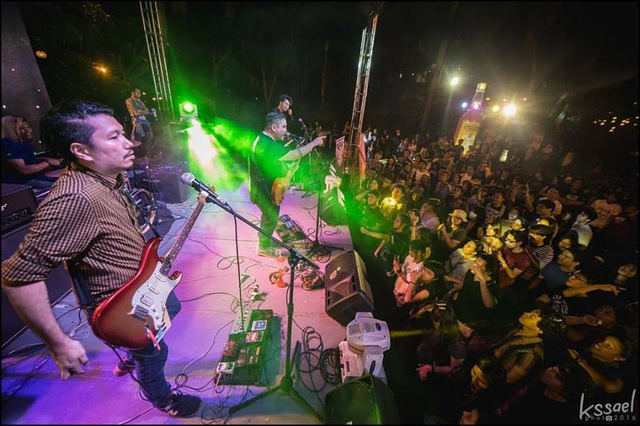 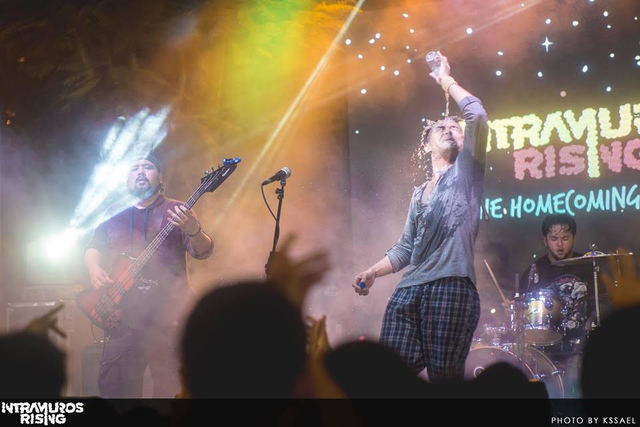 KJWAN's Marc Abaya demonstrates to the young crowd how cool titos can be.

Kjwan was definitely a hard act to follow, but Jensen and the Flips and Cheats pulled it off and more. Intensely charming and talented as well, these two bands were clearly crowd favorites.

“Wild!” Kara Subido, a spoken word poet from Lakambini and an IR4 Day 2 performer exclaimed. “It was my first time to watch Jensen and the Flips. They were wild, but in a good way. They exceeded my expectations. I enjoyed watching them.” 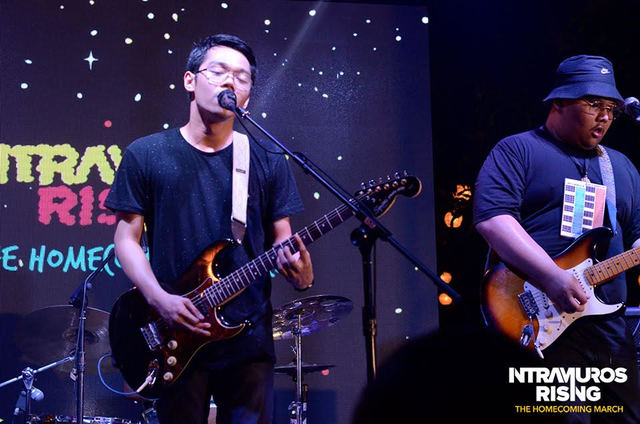 JENSEN AND THE FLIPS exceeds expectations.

“Cheats still brings out the animal inside each and everyone from the crowd especially when they performed Accidents, which was their last song for the night, and gave out a mic for the crowd to sing on,” shared Carlee Santos, also one of the poet performers from Lakambini that night. “They performed their new single entitled Drunk live for the first time and dedicated [it] to the Intramuros Rising 4 crowd who were really wild…and mostly drunk.” 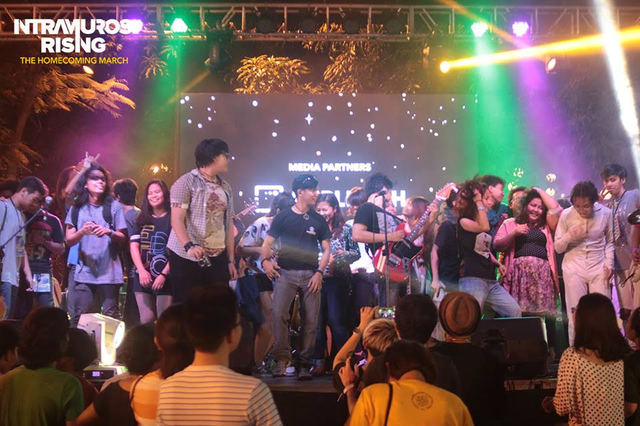 KONTRA TIEMPO makes their farewell gig even more special by asking fans to share the stage.

Intramuros Rising 4 has certainly grown into one of the most sought-after music festivals in the metro, especially for the younger crowd. What’s amazing, though, is that it was done without having to sacrifice the close-knit feel of the Intramuros community.

Even the small glitches, such as the changes in the line-up and the stammering of the announcer, added the character of the event. Local art (in the form of postcards and stickers), food (chocolate- and coffee-flavored leche flan and those pizza rolls!) and beverages (courtesy of co-presenter Tanduay Rhum) were also featured, and we just cannot wait to see more local businesses as well as talents next year during the fifth installment.

“Intramuros has already risen,” declared Leonard Corcuera from Leo and the Tolstoys, claiming that the name of the festival should be changed. And, within the Walled City, these words definitely ring true.

Intramuros Rising is an indepedent Filipino music and arts festival by ILVSTRADOS.