Four years ago, at the relatively cosy Fort Gate at Fort Canning Park, Morrissey made his highly-anticipated debut in Singapore.

It was a fever dream at best — here was indie rock's ultimate romanticist, the lovelorn poet whose songs of melancholy and yearning have struck with generations of fans, finally performing right smack in our city.

Just hearing some of those songs by The Smiths live can make 40-year-old indie popheads giddy, who spent lengthy afternoons in their youth dubbing his albums onto cassette, but the unity of his work with the famed band and his own material was a match made in heaven for everyone, even if it meant fans had to confront Morrissey's contrasting stage demeanour.

Ever the fiery and divisive figure, the singer has never minced his words and rarely veers away from mixing in politics. 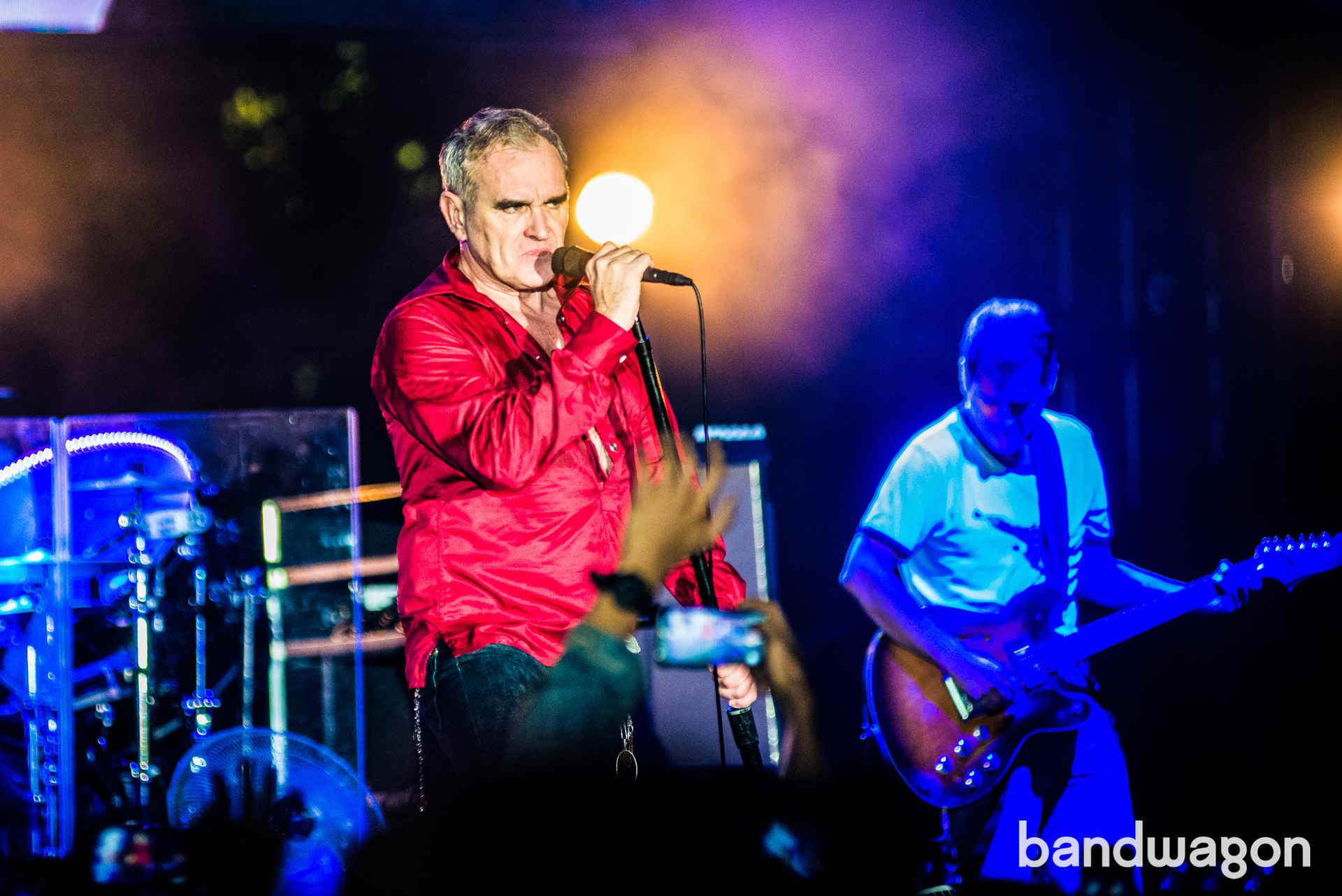 This couldn't be any more true for Morrissey's second show in Singapore, which fixated mainly on his solo work, as opposed to the riches of The Smiths singles on his last setlist.

For a veteran singer such as himself, pulling out fan favourites was no problem, opening with 'Suedehead' to massive cheers from the 2,500-strong crowd at Marina Barrage. Say what you will about the 57-year-old singer, he's a dedicated stage performer and his voice has aged wonderfully, even if he barely gets to catch his breath in between songs. 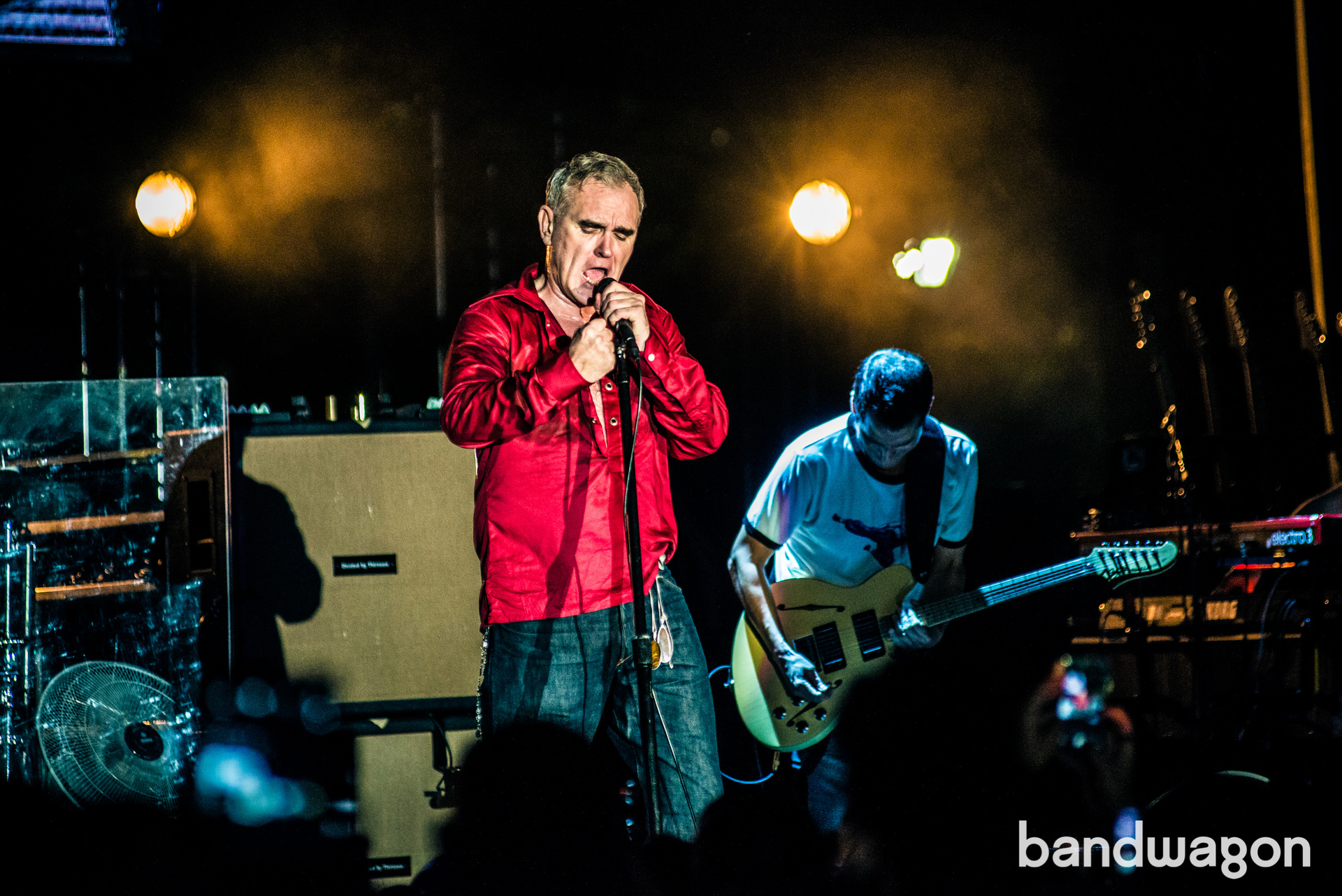 His second show delved deep into his solo catalog, reviving older hit singles like 'Everyday Is Like Sunday' and 'You're The One For Me, Fatty' while pushing out some of his newer material, especially songs off 2004's You Are The Quarry, which features his least jangly songs to date, and 2014's World Peace Is None Of Your Business.

When introducing the title track off the latter album, he laments about news networks like CNN, Fox News and BBC being "all the same." During 'Ganglord', he screens a montage of real-world police brutality, stating that the presidential debate doesn't matter, because "this is what rules America." 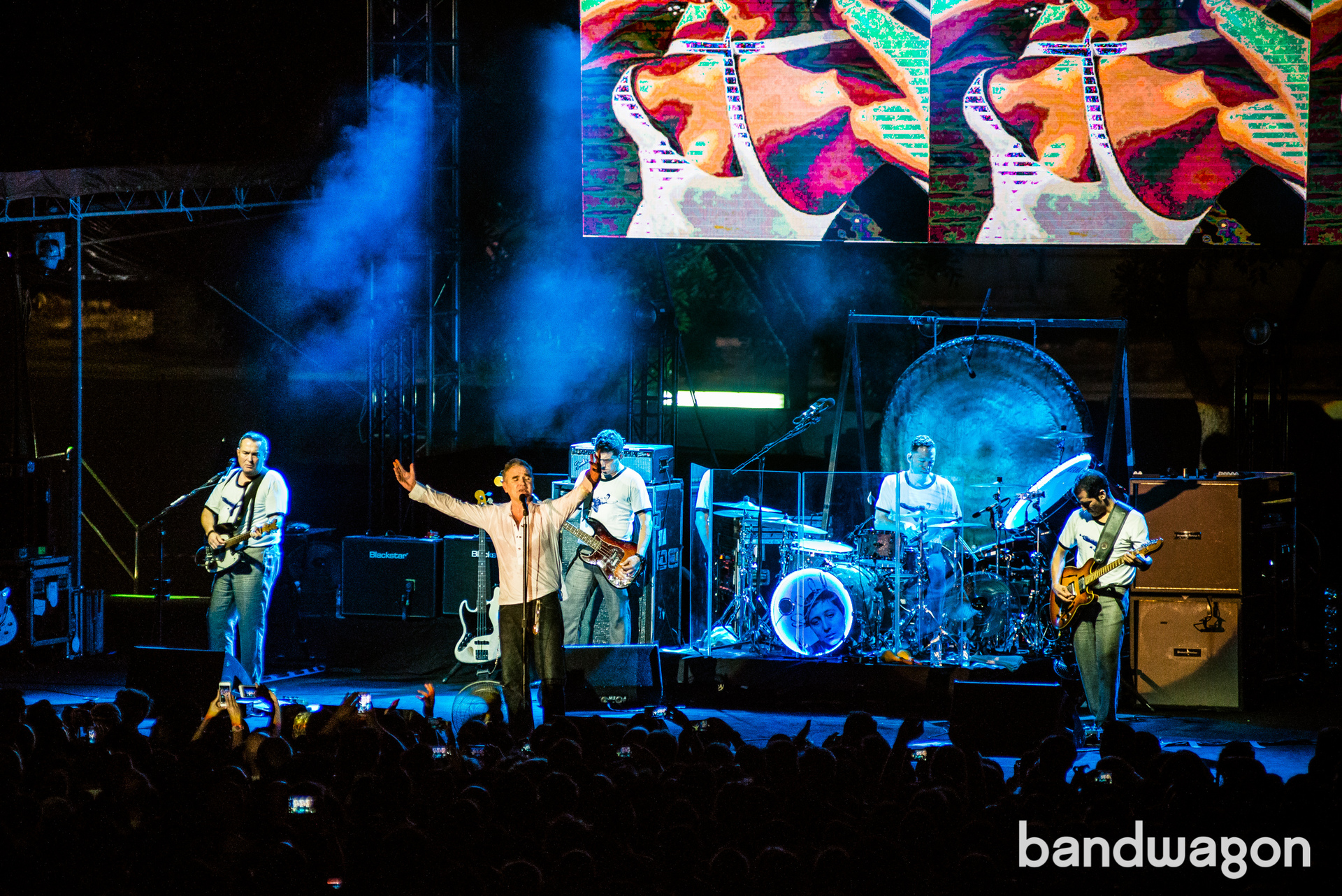 And of course, during 'Meat Is Murder' the tone explicitly changes to something more confrontational, briefly turning his back against the audience fawning over him as graphic clips of animals being tortured are presented. There's something very real that Morrissey points to with each political statement, but then there's also "United King-dumb" plastered all over the LCD screen with pictures of the British royal couple. 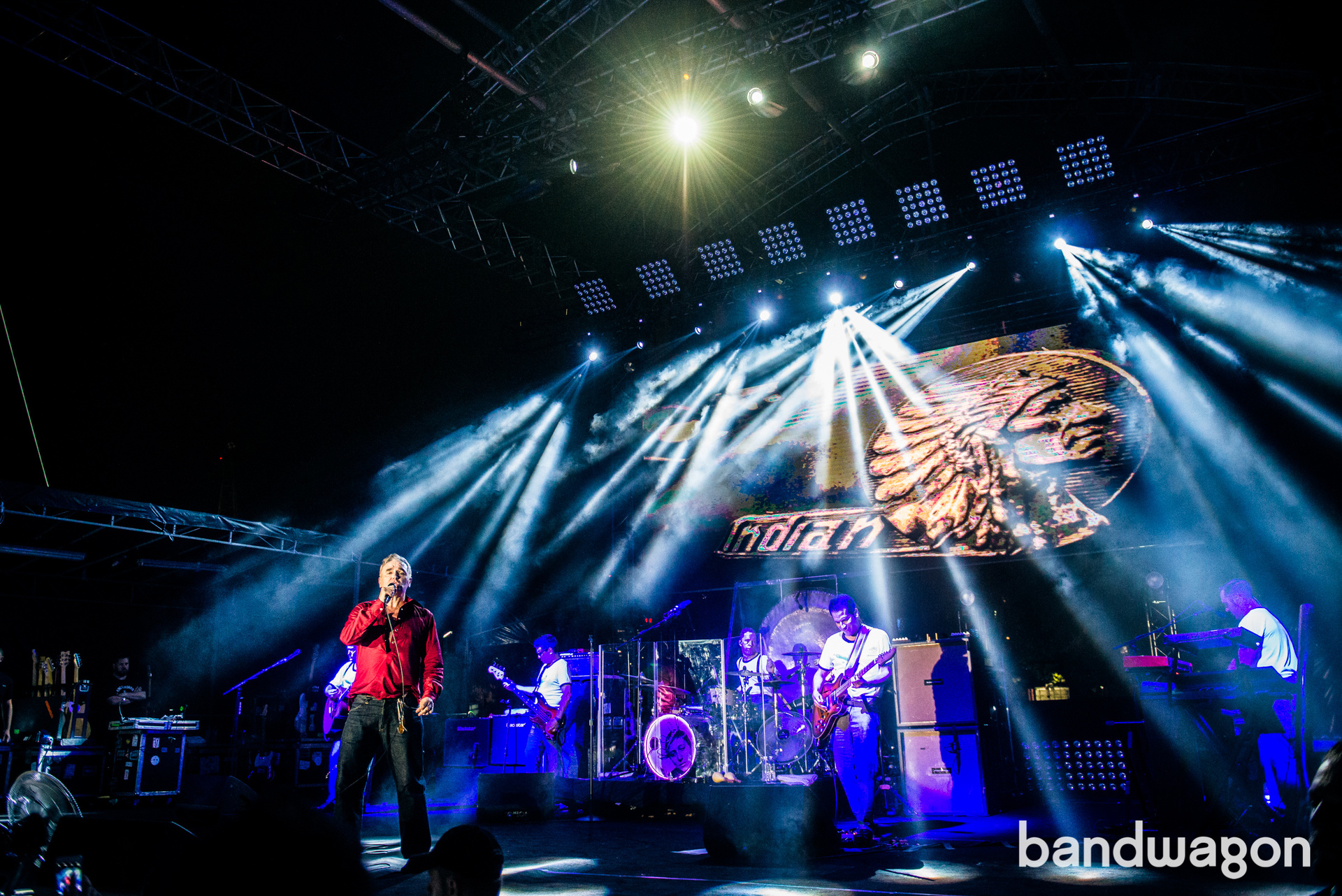 Take away the rose-tinted veneer of The Smiths and Your Arsenal and you're faced with the 2016 Morrissey, who mixes visceral rock n roll entertainment with a controversial authoritative voice who steers clear of being an ambivalent greatest hits machine. Even if you don't agree with his views, there's something annoyingly respectable about a man like him, even as he tries hard to cram in as much on-the-nose commentary as he can. 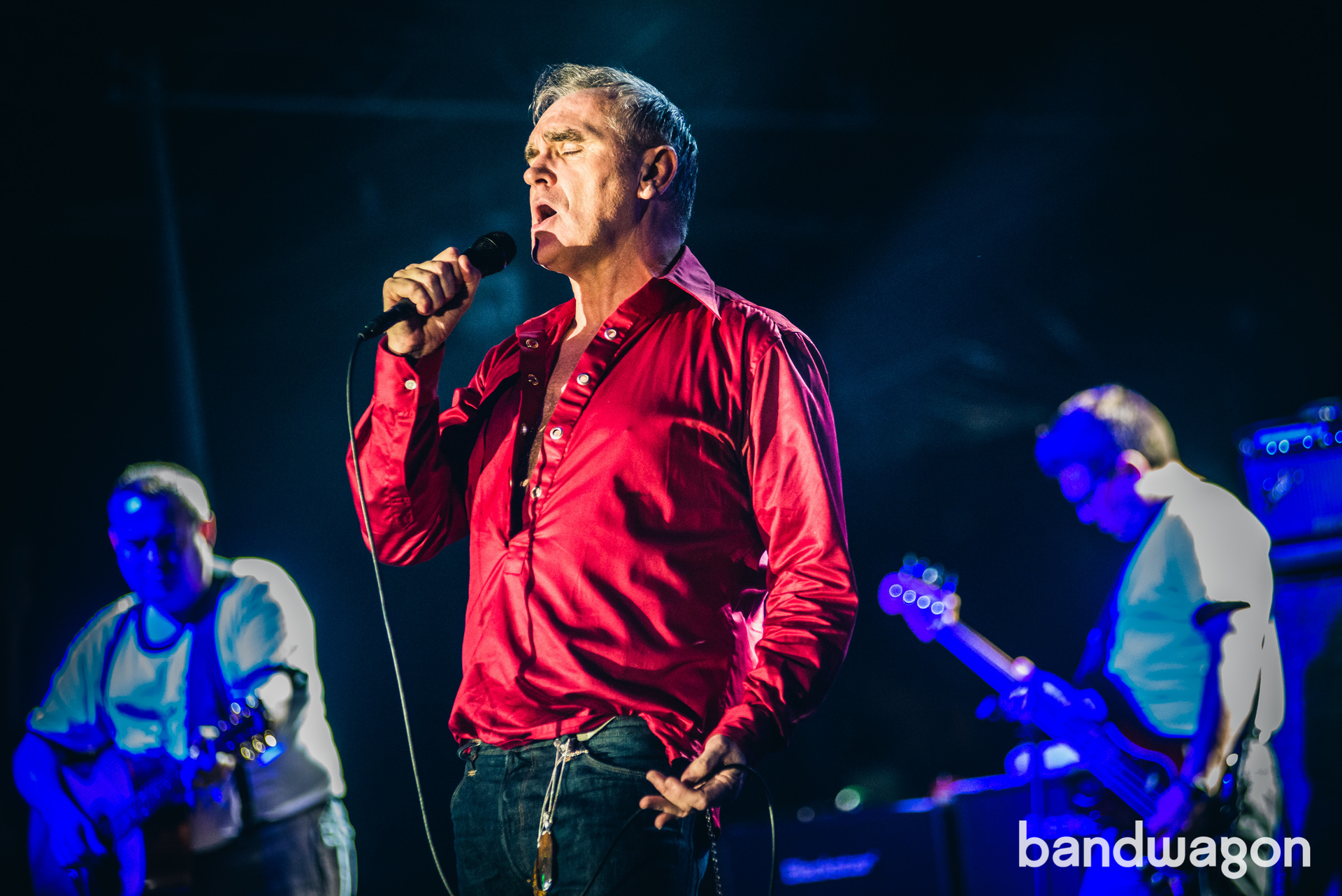 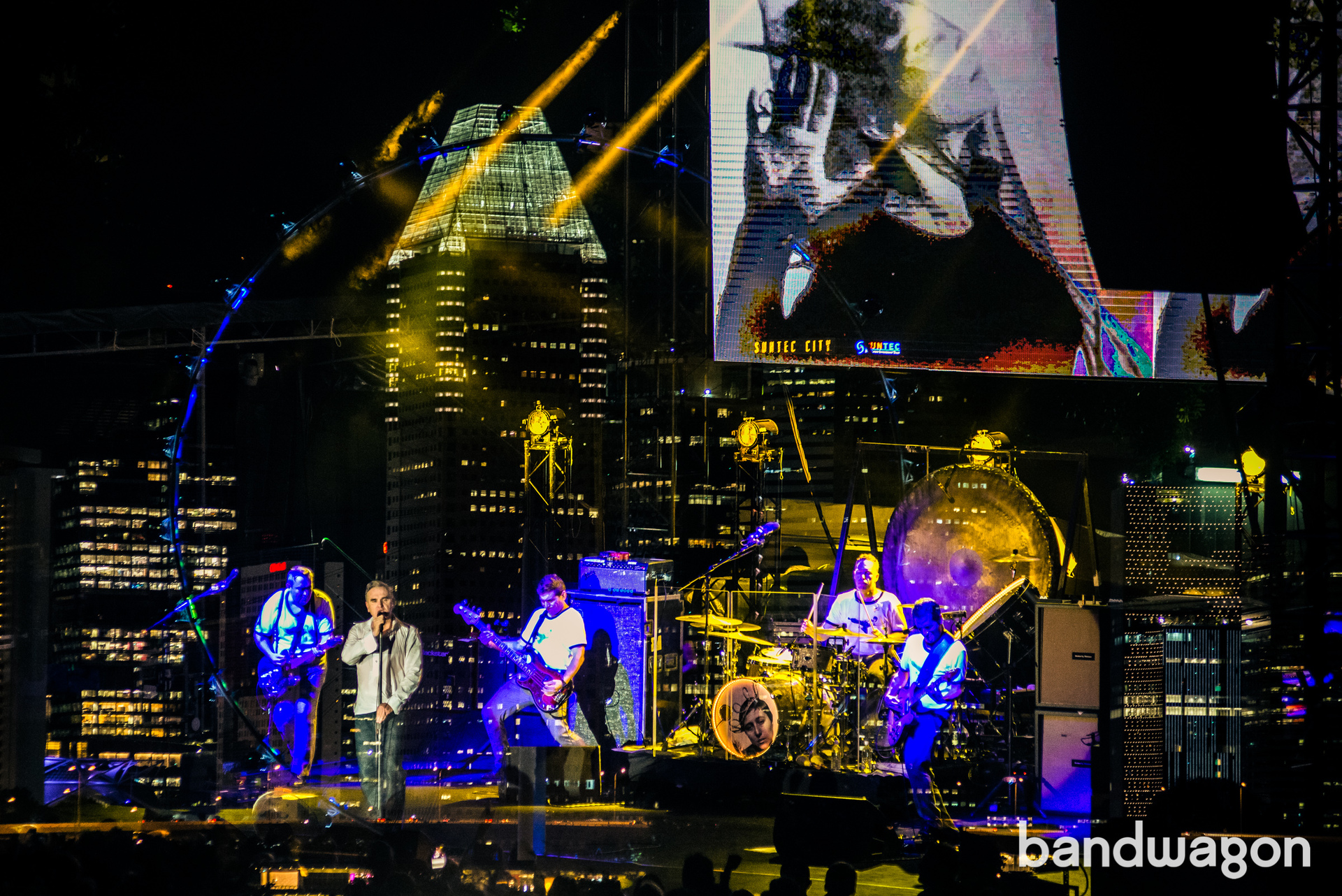 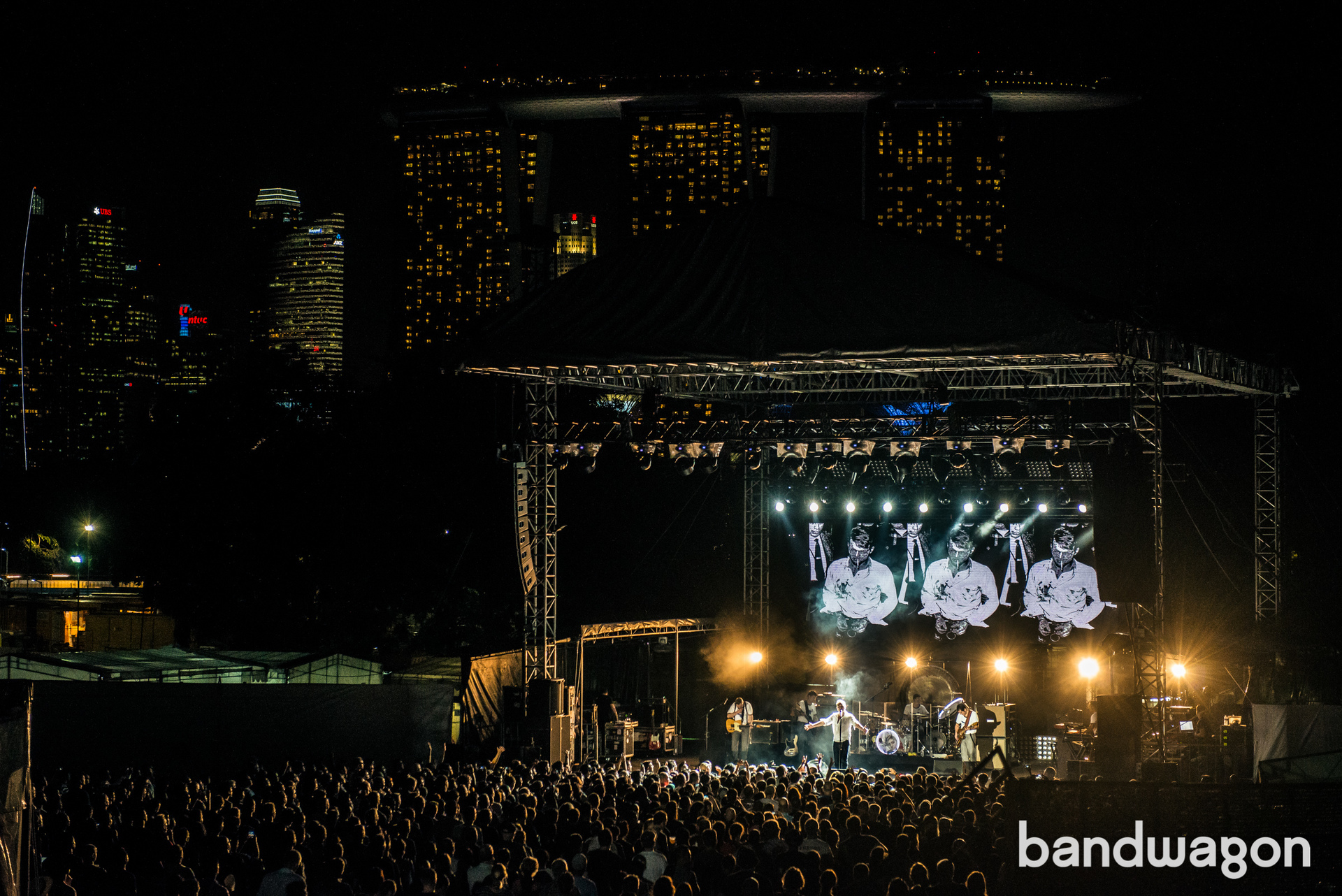