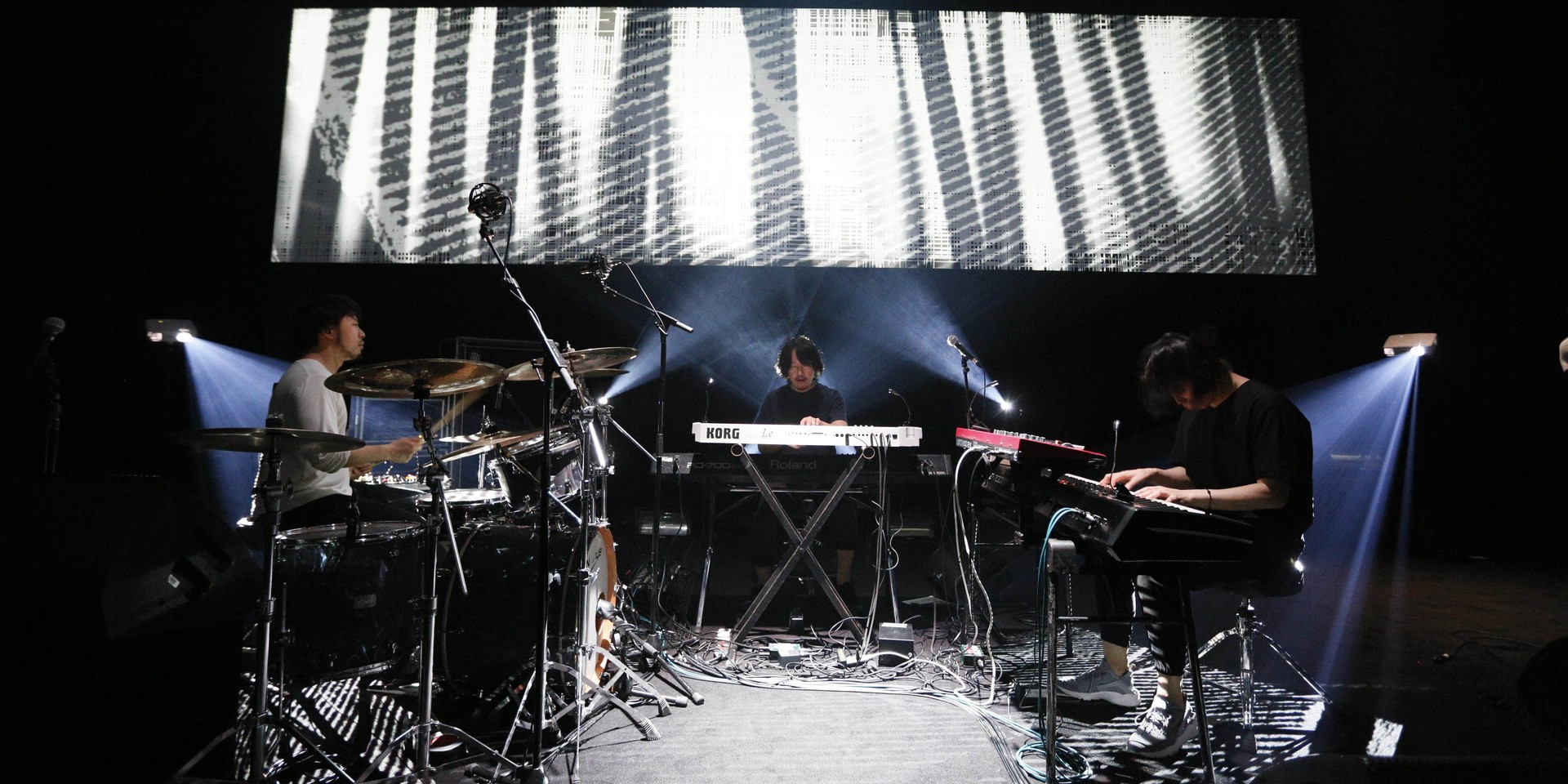 Japanese instrumental virtuosos mouse on the keys, left quite an impression during their last go-around here at the Esplanade Recital Studio during 2013's legendary Mosaic Music Festival. Their sensational and sophisticated blend of math-rock, with classical and jazz influences, inspired awe at both sold-out shows, leaving fans with incredible musical moments that they still talk about till this day.

Memories of that explosive last showing, together with the overwhelmingly positive critical reception to their latest full-length album The Flowers of Romance, certainly made their return date at the Esplanade, in conjunction with the Super Japan Festival, a highly-anticipated one amongst their devout following in Singapore.

And judging by their sold-out reception (yet again), the love for the Machupicchu Industrials (toe's record label) favourites hasn't diminished even a little bit in the ensuing three years. 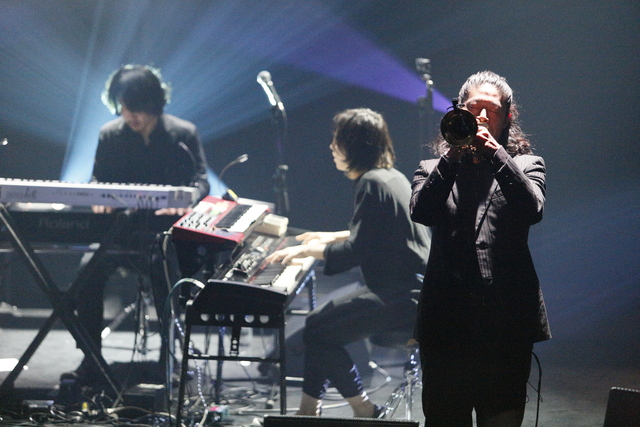 For this latest tour, the trio were accompanied by outstanding horn sessionists in saxophonist Jun Nemoto and trumpeter Daisuke Sasaki, alongside the intricate live visuals of talented VJ artist Rokapenis. And while their previous show here did feature brass flourishes at times, the horns played a much more integral role to the band's complex compositions and instrumental dynamic this time around.

Indeed, their newer material is a much more direct take on jazz than any of their previous works, making their live five-piece presentation less jazz-influenced math-rock, and more straight-ahead jazz fusion with elements of math.

Precise and masterful drumming from Akira Kawasaki provide the Byzantine backbone for the agile and brilliant piano counterpoints provided by Atsushi Kiyota and Daisuke Niitome (the proverbial mice) on the keys on this energetic and graceful future jazz exercise - displaying dazzling technical acuity without ever once forgetting the emotional journey that underpins the audience's connection to their material. 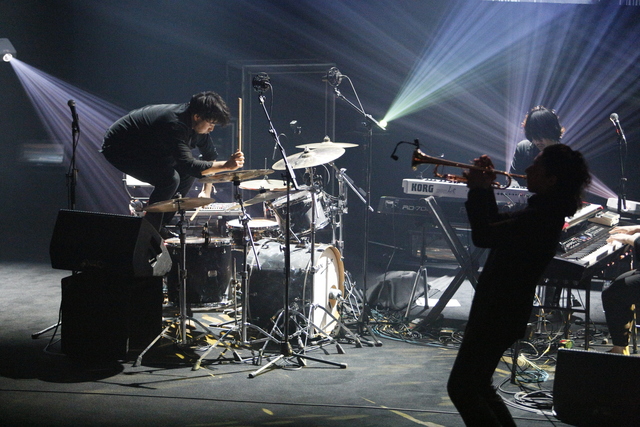 Their deft saxophone and trumpet players rotated about as needed, jumping in an out with moving solos and spine-tingling interplay - eliciting imaginings of a neon-lit, neo-noir Tokyo. But while your brain did tend to form its own imagery to mouse on the keys' evocative music, most of the time, you didn't even need to because Rokapenis' engaging geometric visuals already served as the ideal ocular accent.

Witnessing mouse on the keys' evolution from math-rock to future jazz over their last two excursions into Singapore have been nothing short of exhilarating, because the band always brings a new, off-kilter angle to their instrumental acrobatics. Fans aren't just blown away with what they've seen and heard, they're also kept guessing as to what mouse on the keys might alchemise next.

Seeing their support in Singapore, its only a matter of time before the Japanese trio are booked once again, and who knows what sort of magic they'll bring about upon their return. But, we do know one thing's for sure - it'll probably sell out.