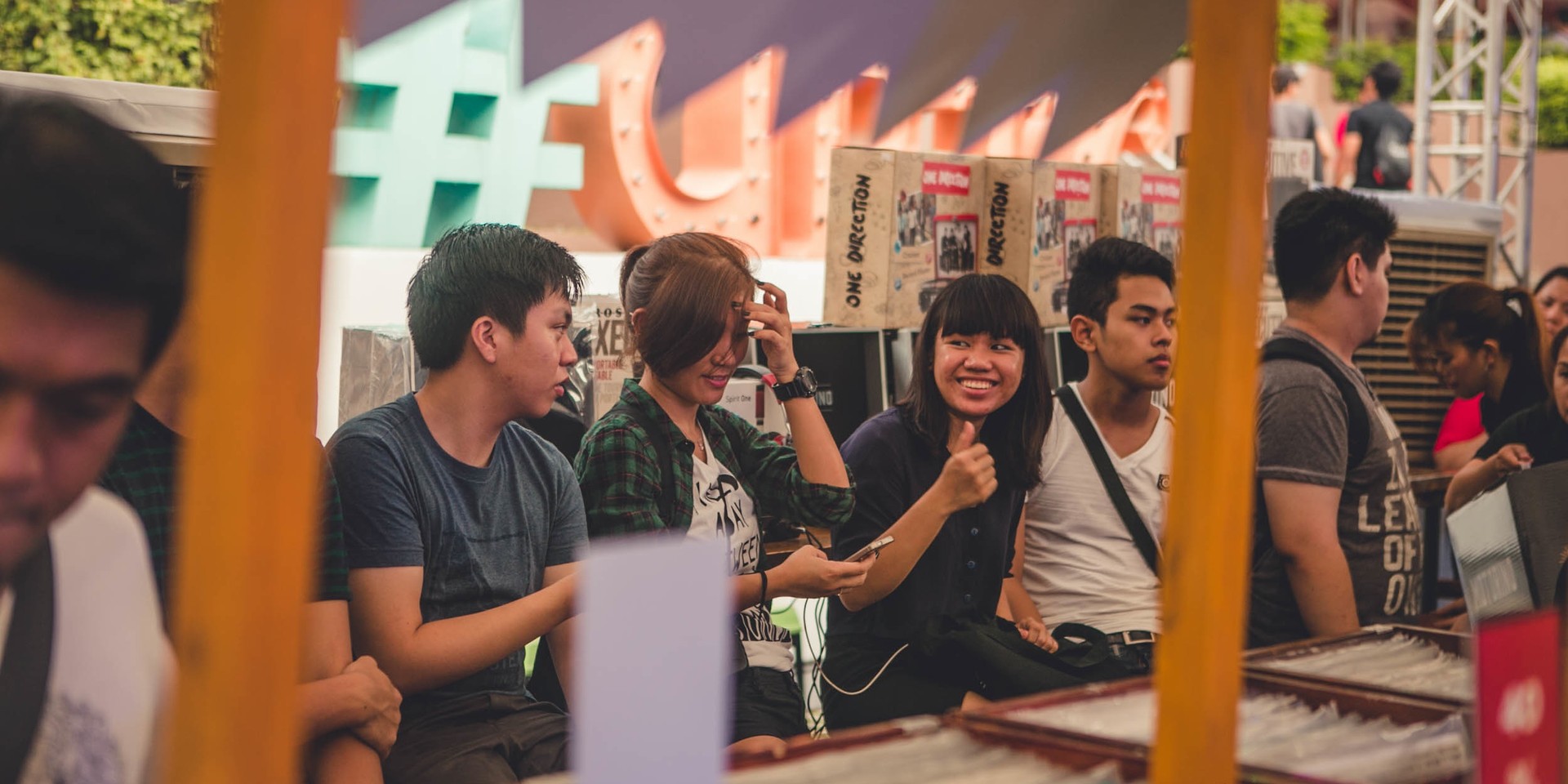 Everybody’s got a hobby. If we aren’t in demand from an 8-to-5 round, we’re all living vicariously in a bubble during our off-peak hours. Whether it’s listening to music through an mp3 player or flipping sides of a vinyl record, it’s the comfort of a familiar sound that uproots us from our tedious landscapes. In the words of wise American soul Al Green, some of us do get tired of being alone. Satchmi has crafted a solution to our desolate moments, as Vinyl Day spun off for another year to bring together a culture-injected community from all ends of the Philippines. 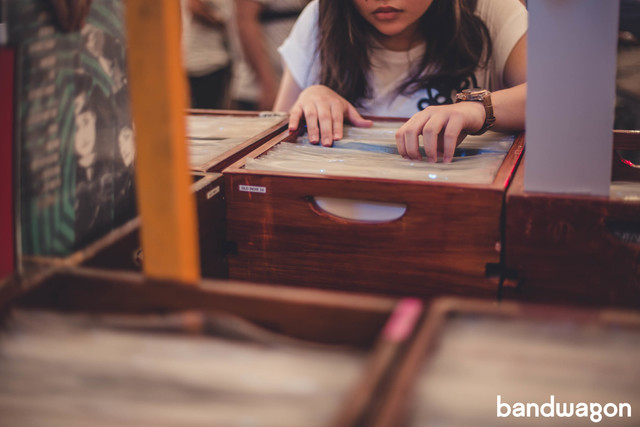 In the heart of Quezon City, UP Town Center is usually packed with families and friends on a Saturday. But with the sight of a tent at the activity center, people started piling up and queueing as early as the organizers were adding the finishing touches to their set up. Crates were packed with a widely-ranged selection of records. No matter how long it took for anyone to dig, there’d be one or two pieces you’d unconsciously grab to whisk away from the eyes of another. As the saying goes, “the early bird catches the worm.” We’ve witnessed people boast on rare pieces they’ve copped, and some sparing themselves by checking only for eye candy. 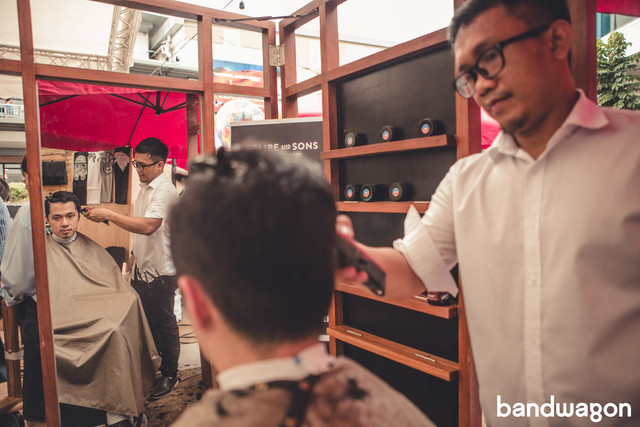 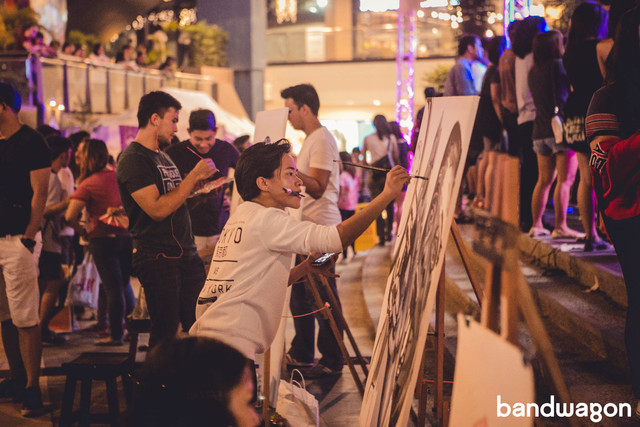 To think the scorching heat was the perfect antagonist for this scenario, a variety of booths and food trucks paved their way to answer to your every craving. Jack Daniels Philippines opened up a booth for guests to sign up for free to their next big event, while providing a hefty Jack-to-Coke ratio of Jack Coke backstage. Felipe and Sons had a pop-up barber nook, complete with old school pomade in record shaped tins.  EDSA Beverage Design Group provided craft beer, even with one themed as Summer Sessions which had a fruity kick to your typical malt-injected beer. Magazines, stickers, and live art courtesy of Kara Pangilinan of Details Ink came along with superb local artists that painted how they envisioned music featuring even the iconic Louis Armstrong. The feast doesn’t end there as brands such as Dr. Martens, Happy Socks, Focal, and Bratpack had booths with merchandise and attention-hoarding décor. 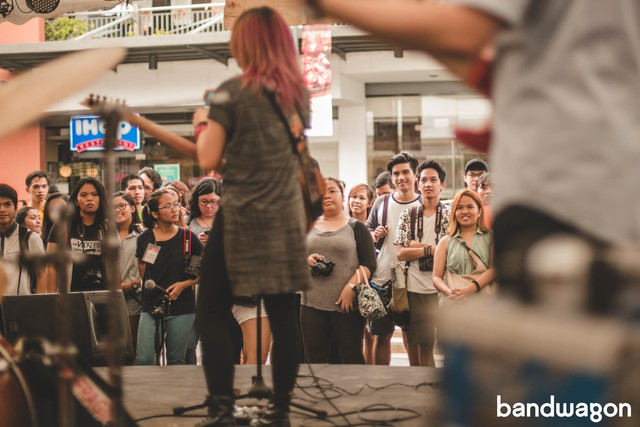 The stage was in the center of the amphitheater, which made the artists easily seen as you go around the venue and even from the 2nd floor of the complex. As diverse as the lineup got, we snuck around to chat with a couple of local artists and investigate on their thoughts on Satchmi Vinyl Day, records, and bedazzling sets that have their own studio secrets. 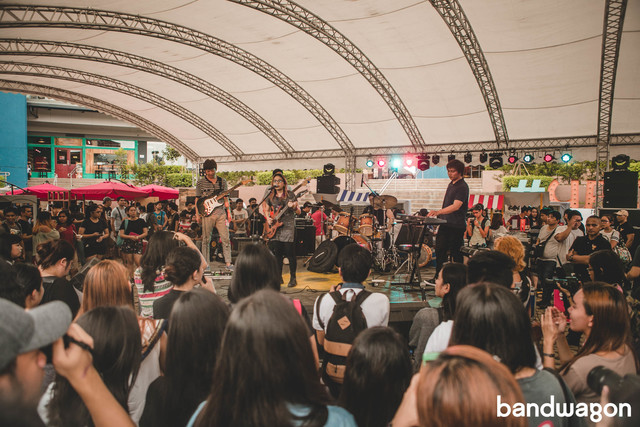 Gani: “What happened last year is that we were supposed to play and we wanted to but couldn’t since we we had problems with our schedule, and it was also because some of us were graduating. This year, we were excited to come back as the event looks bigger this time around and the artsy vibe is something we really like. For an indie artist, it’s a goal to play on Vinyl Day.”

Kim: “I have a record player at home… in Korea.”

Mic: “It’s one of our goals actually as a band like we’re planning to have our own studio and collect vinyl records.”

Gani: “… and be on vinyl. Vinyl is one of the first ways bands would get their music on record. Being on vinyl is like going back in time, and like Bill Evans, Miles Davis… they all did it and it’s really cool.” 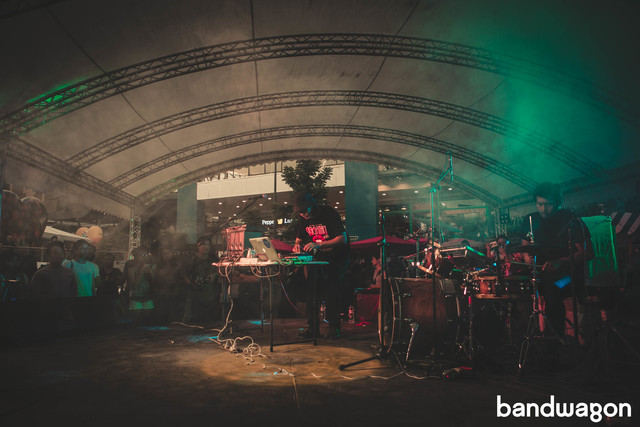 "Some people say collecting vinyl records is kind of hipster, but the thing is this format never disappeared. Albums are like books, you can’t really force vinyl to everyone. It all depends on the fans, like cassette fans, LaserDisc fans, and it’s not a luxury since you can sell, trade, and buy out of the fact it’s a labor of love. " - Diego Mapa

Diego:  "It’s great! It’s our first one as Tarsius and so far we’ve been enjoying it. I’m looking forward to Chocolate Grass, and Taken By Cars."

Diego: “Some people say collecting vinyl records is kind of hipster, but the thing is this format never disappeared. Albums are like books, you can’t really force vinyl to everyone. It all depends on the fans, like cassette fans, LaserDisc fans, and it’s not a luxury since you can sell, trade, and buy out of the fact it’s a labor of love. We buy from Satchmi, especially when it comes to new releases. And we really like buying brand new records whenever we want to give them as gifts to people--- and Satchmi’s the place we’d go to.” 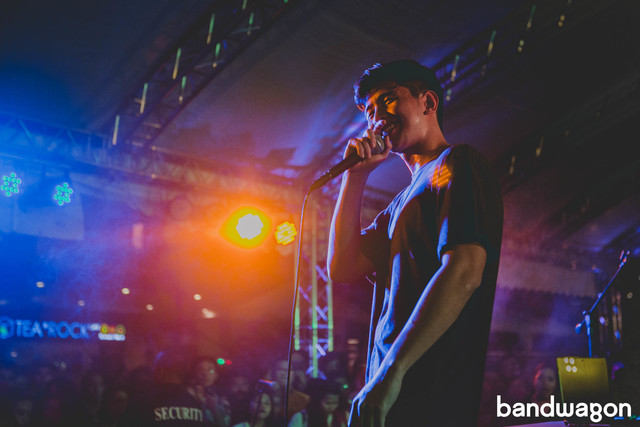 "...it's not usual that you get an audience so open-minded and just a bunch of different genres all in one event." - Curtismith

Curtismith: "I really enjoyed it because it’s not usual that you get an audience so open-minded and just a bunch of different genres all in one event, like Chocolate Grass that’s playing after me. They’re a different vibe, but still there are different people enjoying their music. It shows that the Philippines has something to offer.”

Curtismith: “I don’t have a collection, but I would like to start one someday! I don’t know a lot about vinyl records. The thing is when I get interested in something, like really, really get interested to it, I’ll be holding it off until I could support the hobby.” 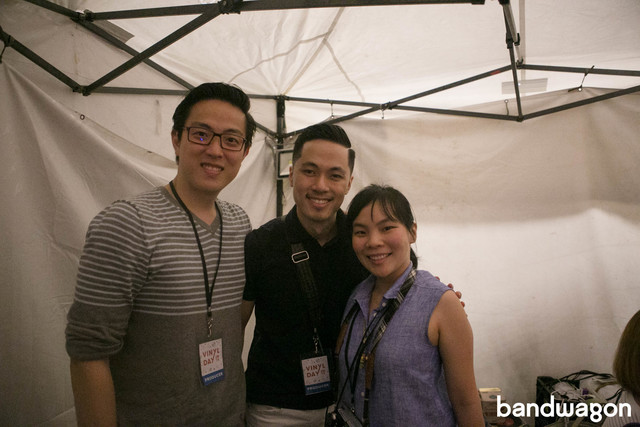 We also had a brief chat with the people behind Satchmi: Edric, Ronald, and Aislinn.

Edric: “This was actually how Vinyl Day 1 & 2 was set up, Vinyl Day 3 was a big production. Reena and Miles had a lot to do with the line up, and our aim was to promote local [acts] especially those that we got for the first 2 Vinyl Days. It was since most of them had also started their music back then.”

Aisslyn: “There was somebody who said earlier that it was like a competition, and he was searching for the one he really liked and the person beside him got to it first. So he was like, “do you still have any stocks? I’ll pay you right now or you can deliver it to me next week.” And I said, “I can’t make any promises but if I do find it, I’ll let you know.”"

Ronald: “This is our first year in UP Town, and we wanted to try a different crowd. The whole point of Satchmi is to bring good music to everybody. I guess it goes with it, and it means trying new locations and so on. We’re also opening a new branch here, so it’s a good spot to hold Vinyl Day for this year.” 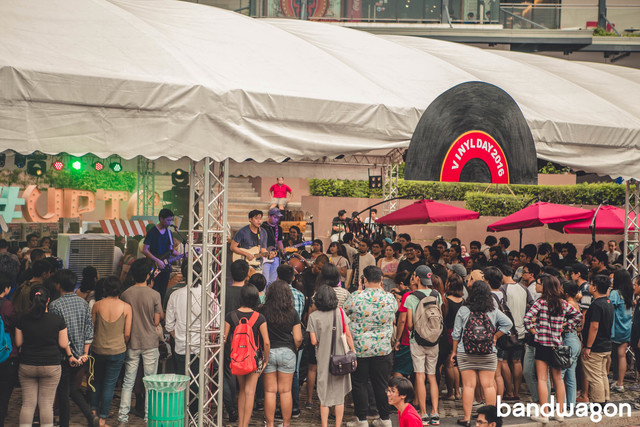 The whole point of Satchmi is to bring good music to everybody.

It was a group agreement that this year’s Vinyl Day was the best they’ve had so far. Not only did it serve as an avenue for local music and a community of vinyl record collectors, but the event served as a pool for everyone to dive in with their own personal hobbies (from photography to collecting art, and the like).

Edric: “Satchmi Vinyl Day has been and will always be about thanking and giving back to the people that are supporting Satchmi. It’s a big event every year and it even was when we first started. This is too also support those establishments that are starting to get themselves out to the market, and those continuing to promote themselves. We’re not only advocating these local musicians, but all these talented artists [with non-music related gimmicks] that we want to help give exposure to, like Leather PH, Craft Point, etc. since it’s about creating a community with everyone’s hobbies and discovering new things.”

We have to keep both of our eyes open this year, since they’re bringing more brand new treats to our plate. May it be music or our first indoor plant, one thing’s for sure Satchmi’s ready to play their cards and make us surrender our aces.

The Satchmi Store is located at SM Megamall. A new branch at UP Town Center is set to open sometime in June.