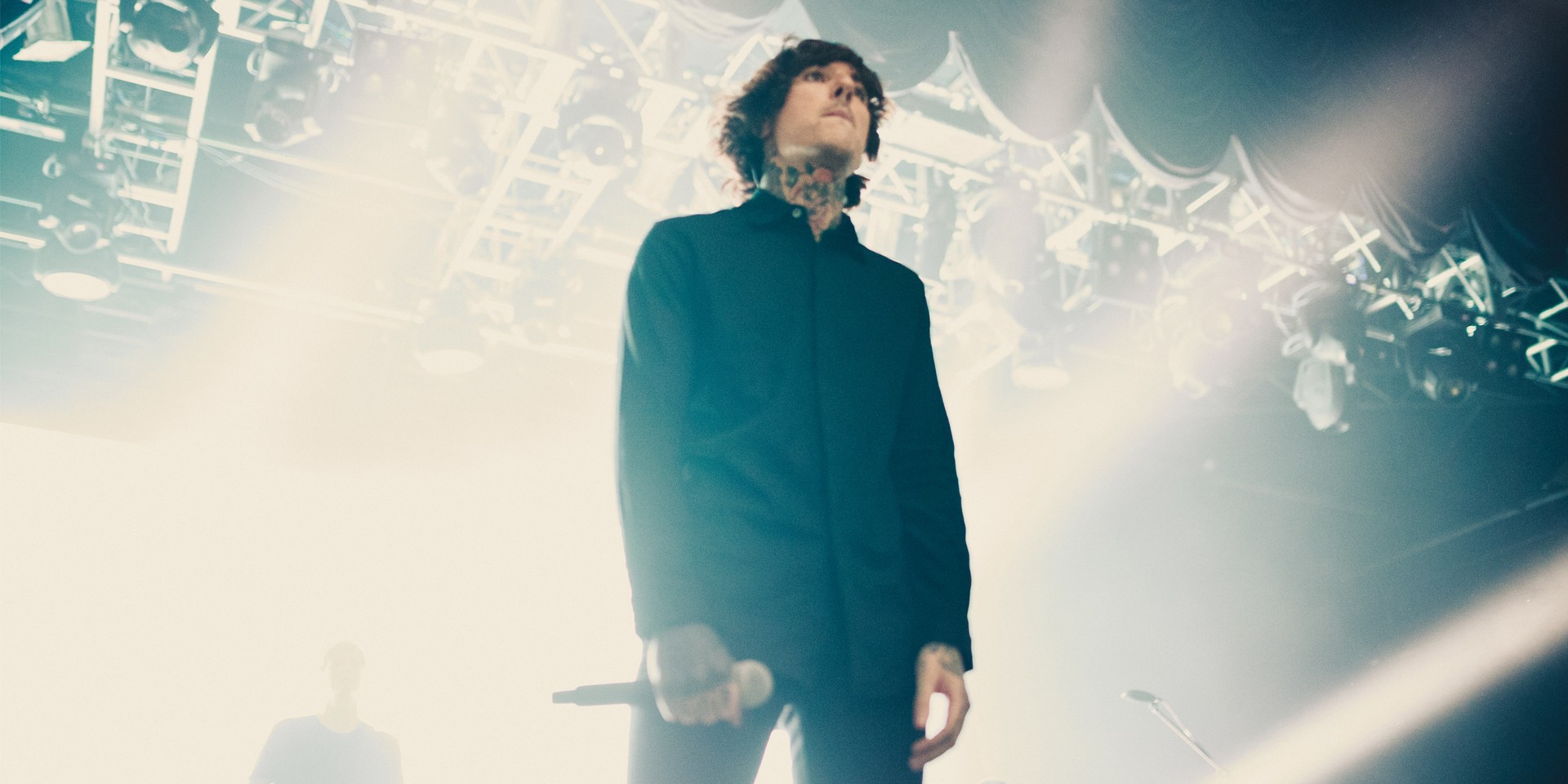 I’d have loved to kick off the report with a “third time’s the charm” cliché, but I won't. Because the real charm here is an outfit that is capable of pulling off a handful of the most incredible feats on stage, even in the face of the gloomiest downsides.

Sheffield-based band Bring Me The Horizon have provoked adoration and disdain in equal measure since their inception. Therefore, to witness fans, from Singapore and beyond, commit to their return show last night despite being cancelled on/postponed twice could well be living proof to that irresistible charm I’ve mentioned earlier.

The quintet were lovely enough to have British metalcore titans While She Sleeps on the bill – marking the two times both bands have made an appearance in Singapore.

Call it the icing on the cake, but the real deal breaker here is how massive of a behemoth the five-piece have become. 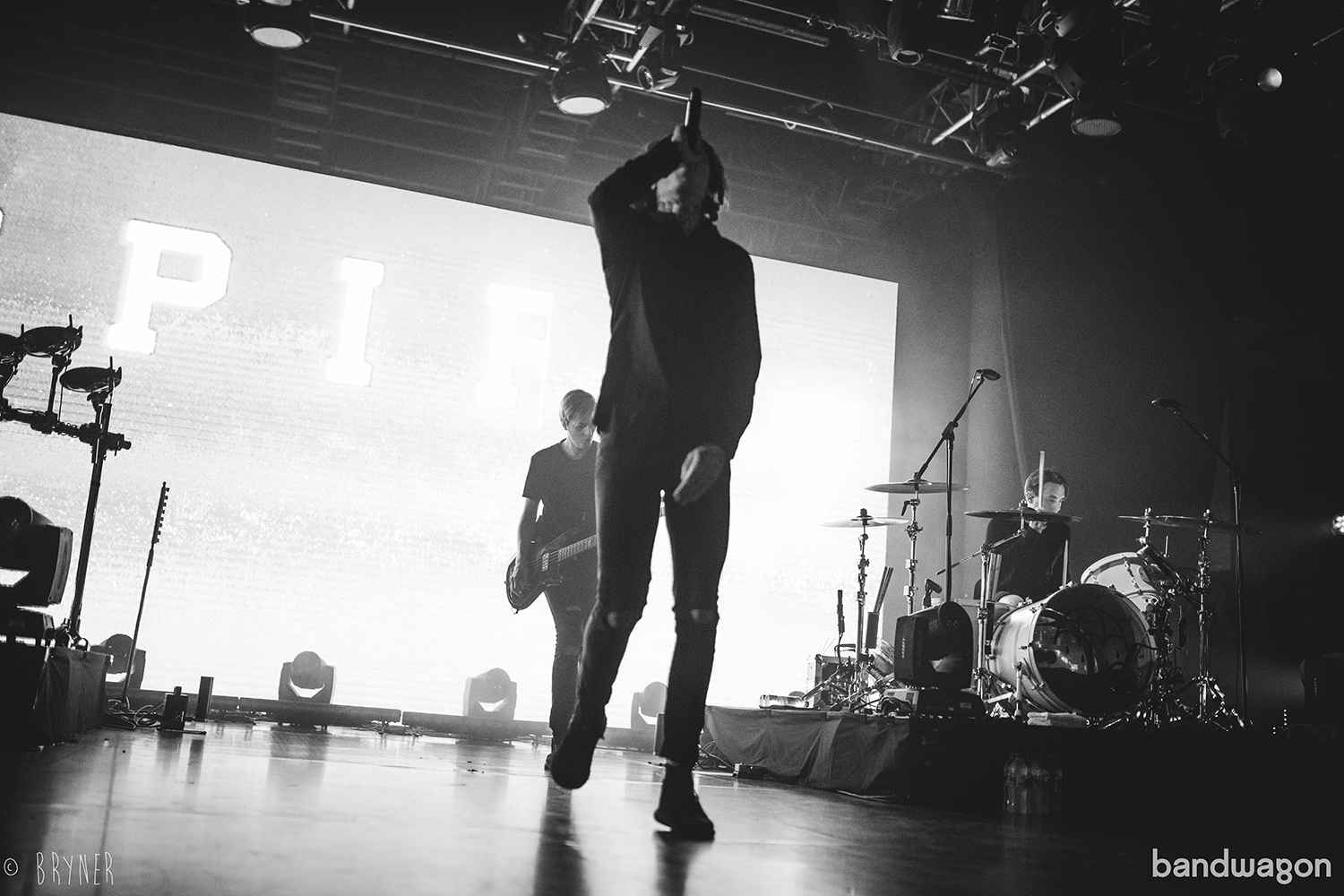 There is absolutely no sense of the lads being dwarfed by the size of any venue or even larger expectations that are on their shoulders. The music is grand, impressive, loud and immersive – a reflection of that same grandeur observed when they performed with a choir and orchestra at the Royal Albert Hall last year.

They may not have the luxury of those symphonic accompaniments, but they’ve far offset that absence with a brilliantly crafted backdrop. It's a backdrop prominent in every live video of them you can possibly find on the interwebs — we’re talking about perfectly timed and intricate visual sequences that pack a hell of a punch with every relentless line and note the band stunningly delivers. 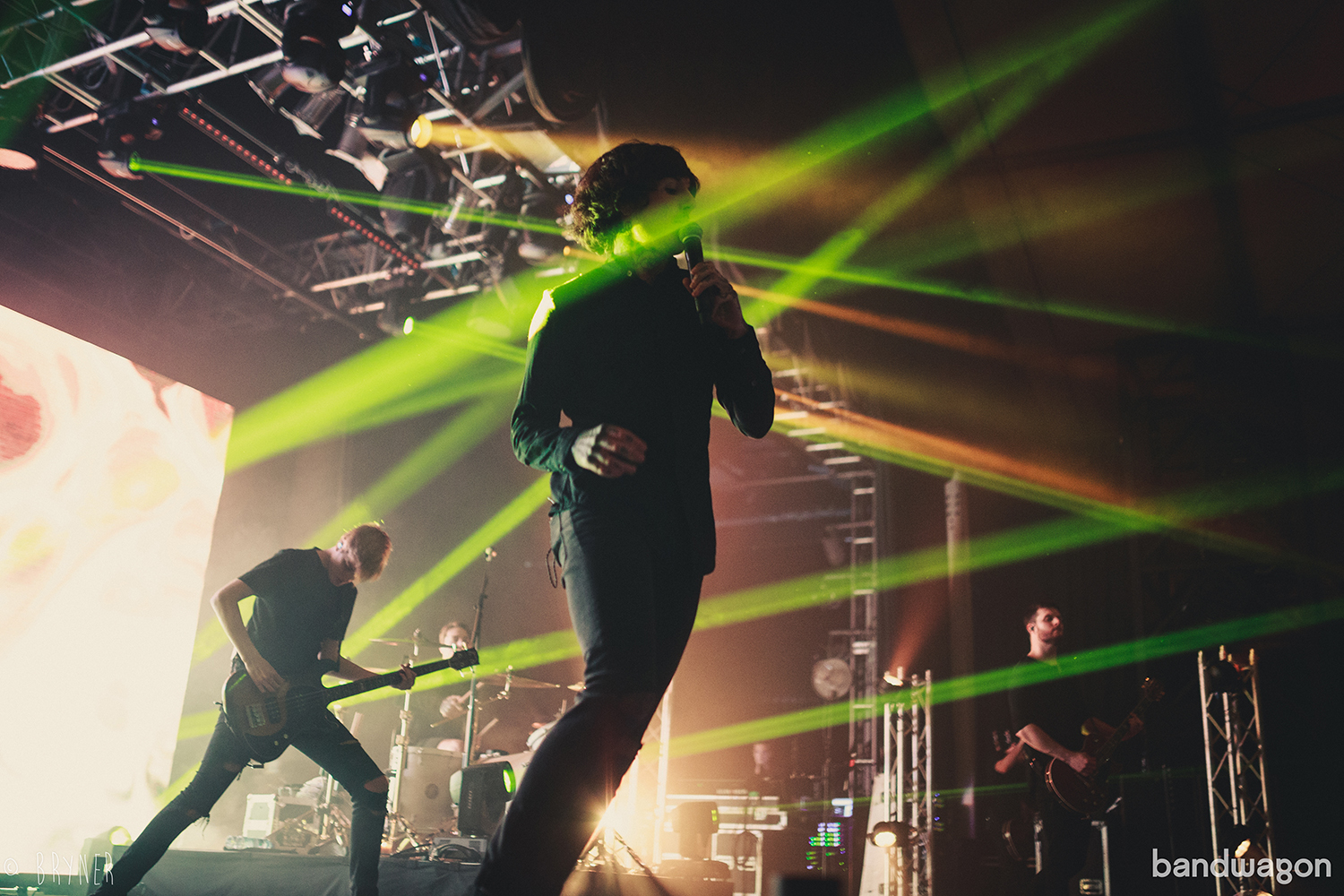 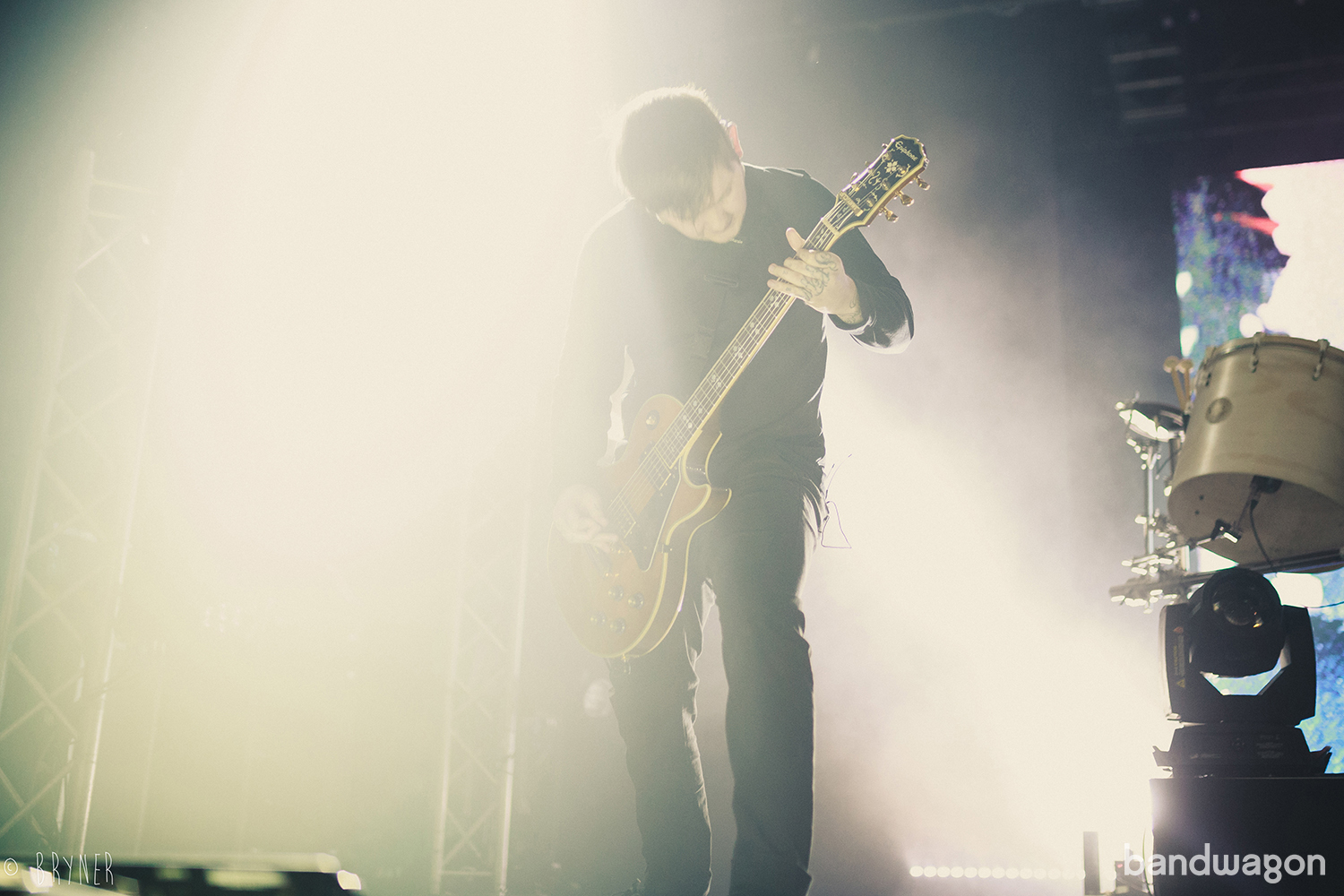 And often coined as the most iconic frontman of his generation – Oliver Sykes doesn’t just step up to the plate, he smashes every piece of crockery in sight.

Their set pulled heavily from their latest release That’s The Spirit, with appearances from their previous record Sempiternal being relegated to midpoints of the performance. Crowd favourites like ‘Chelsea Smile’, ‘Antivist’ and ‘Throne’ sustained the onslaught until the closing notes and crowdsurfing mass of ‘Drown’. 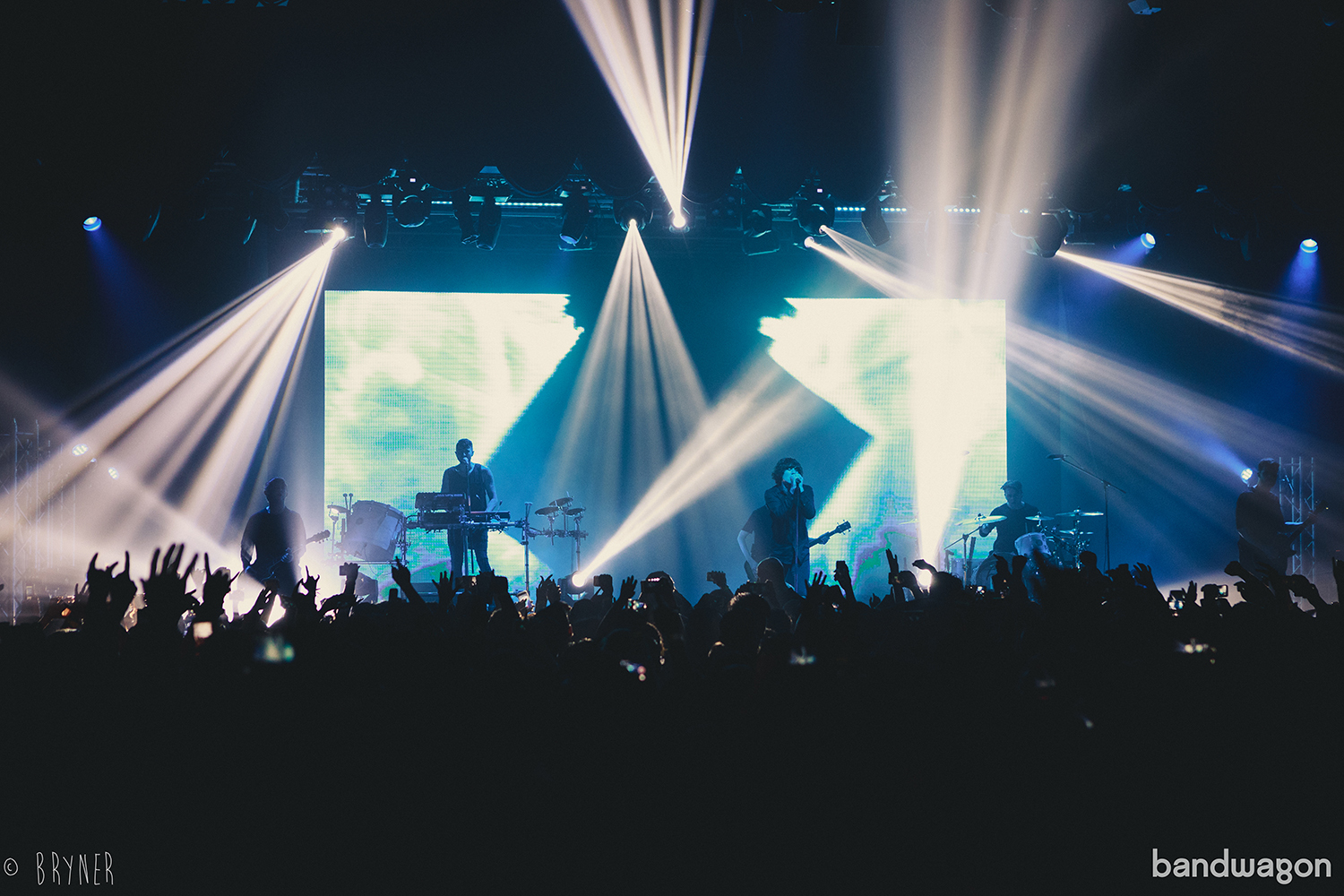 Plus, there’s just nothing more cathartic than shouting along to lines like “middle fingers up, if you don’t give a fuck” and “I can’t drown my demons, they know how to swim” in a packed establishment full of folks doing the exact.

All in, this was certainly the coming of age that Bring Me The Horizon are not content with just being the biggest British rock band of their era, but they’ve got power-packed plans in the pipelines. And it’s safe to say that their aspirations are well beyond the horizon. 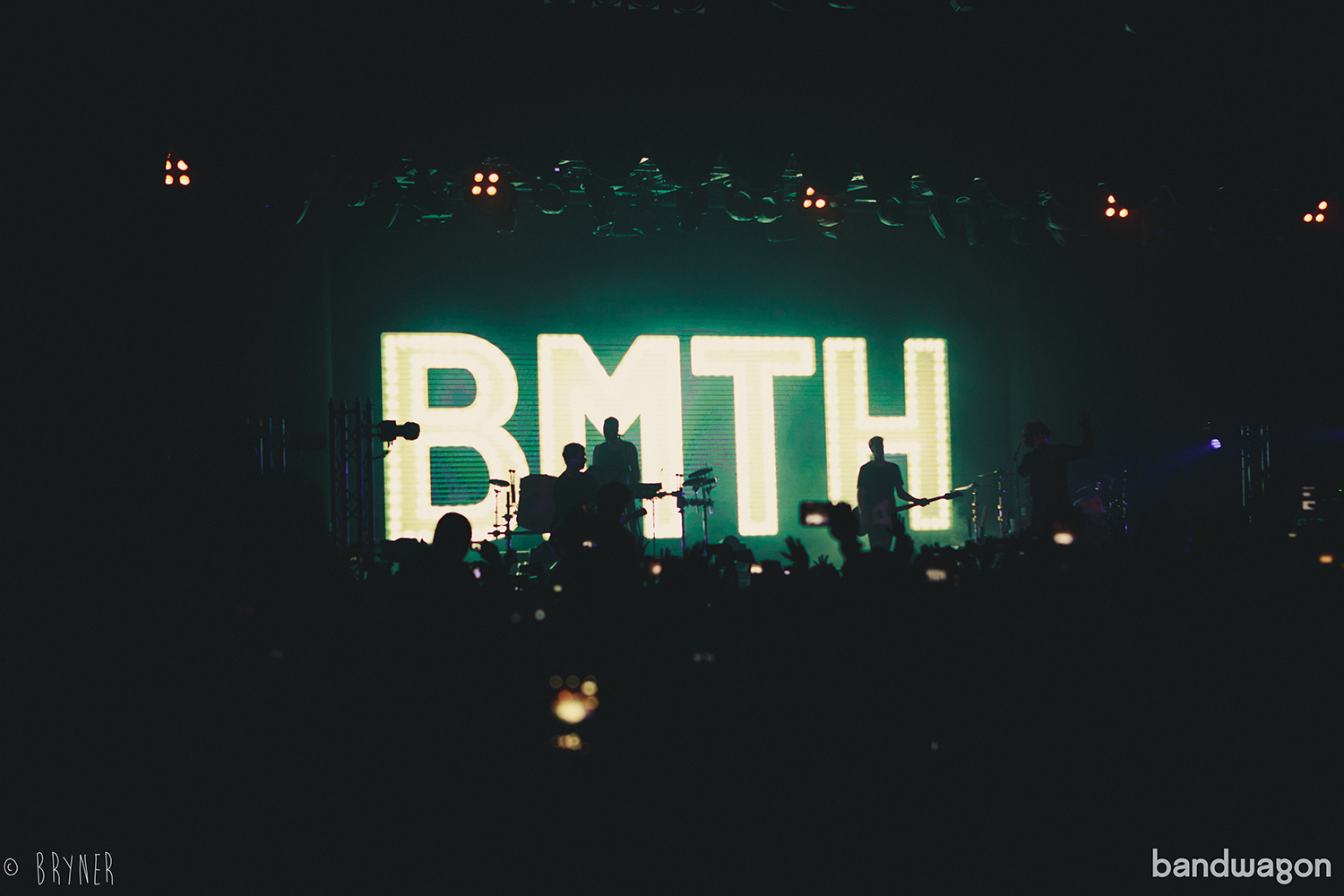 Check out photos of While She Sleeps below. 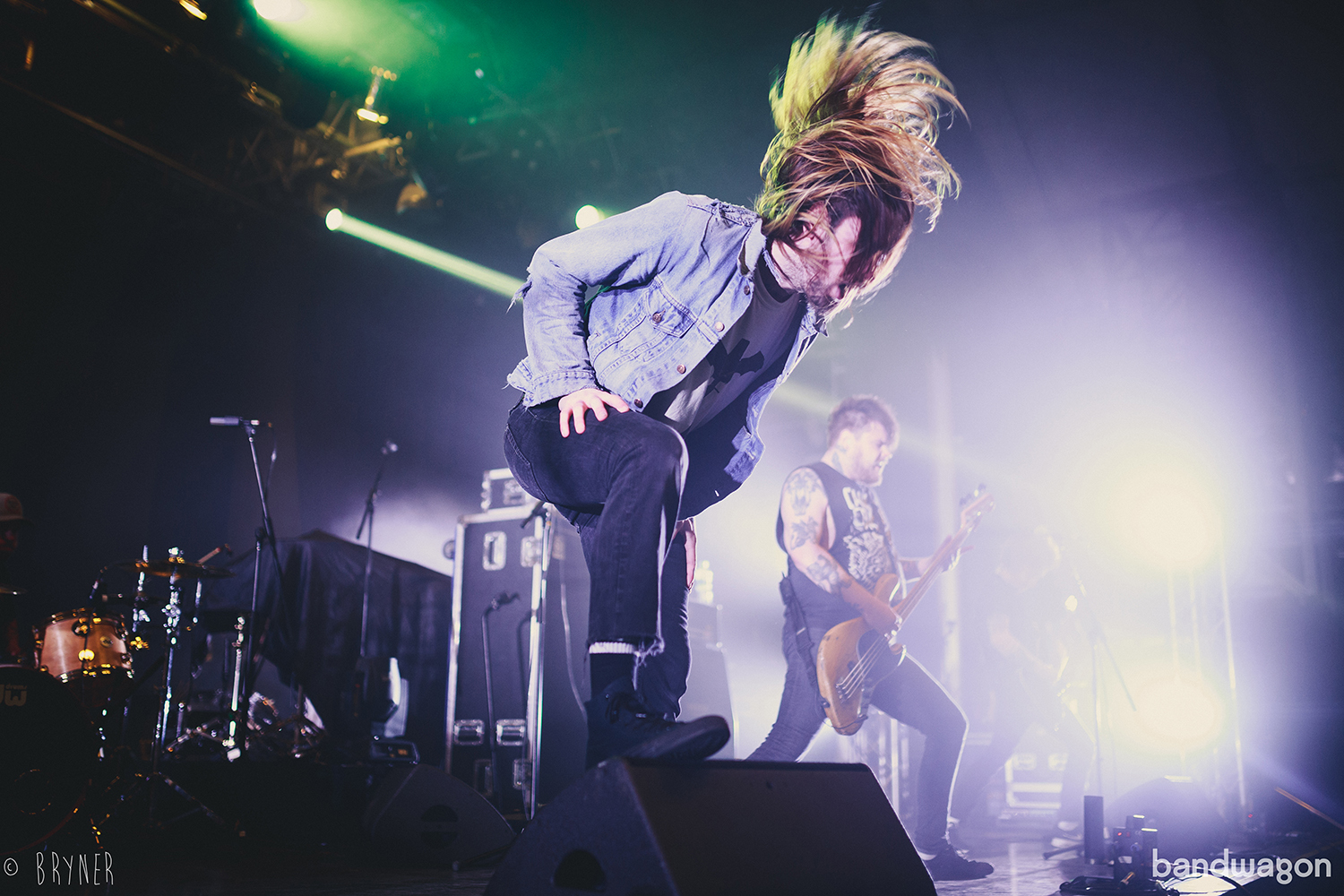 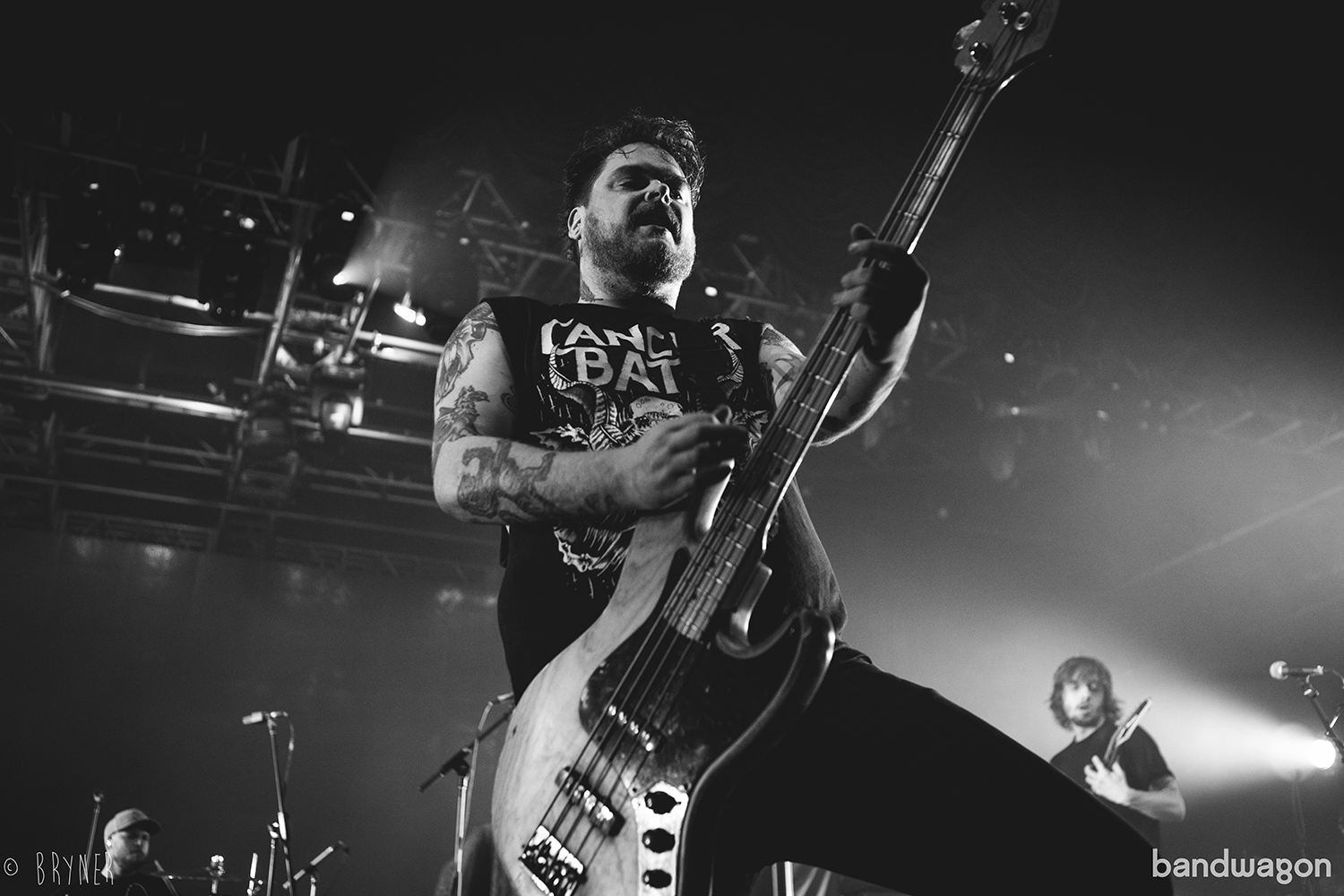 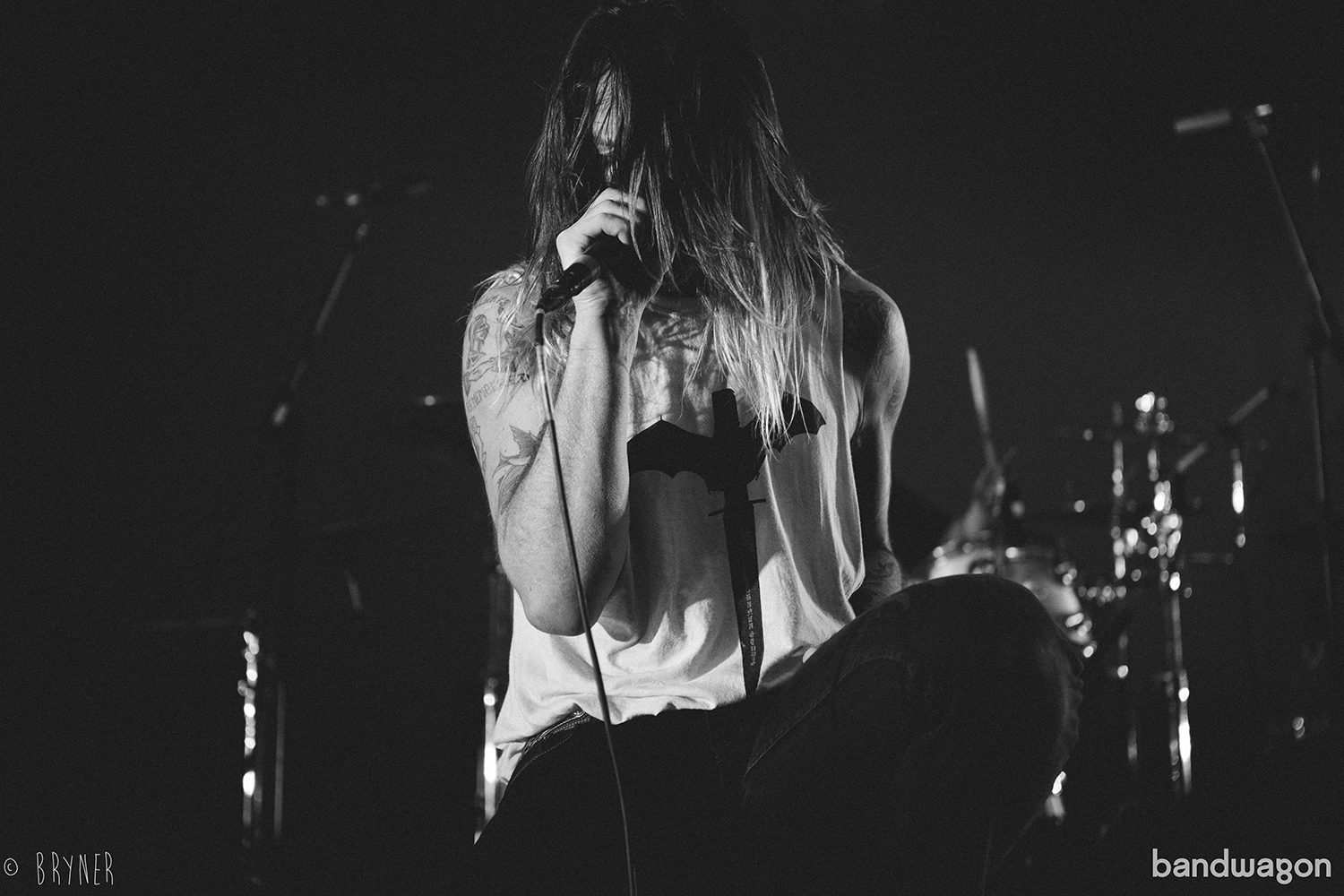 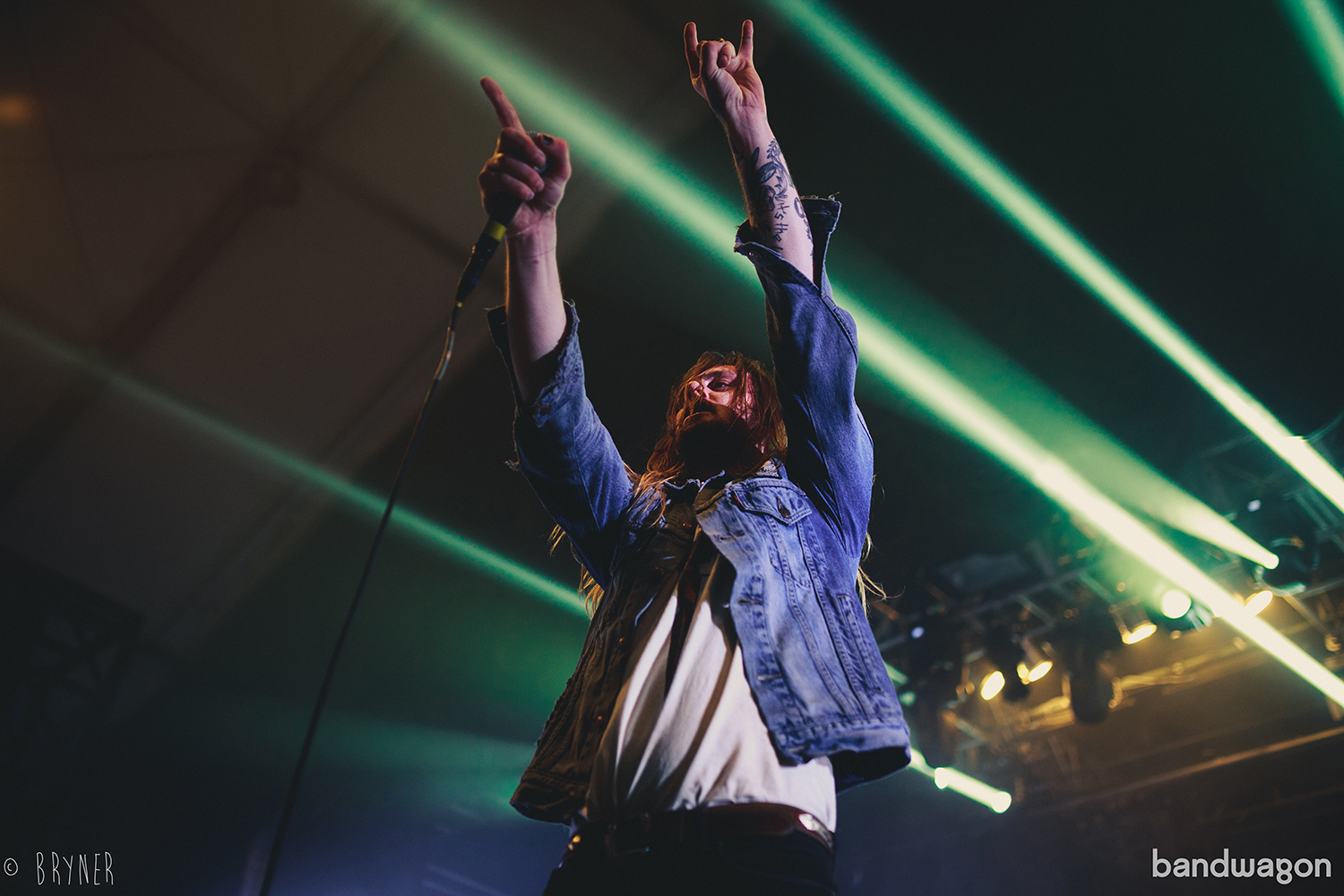 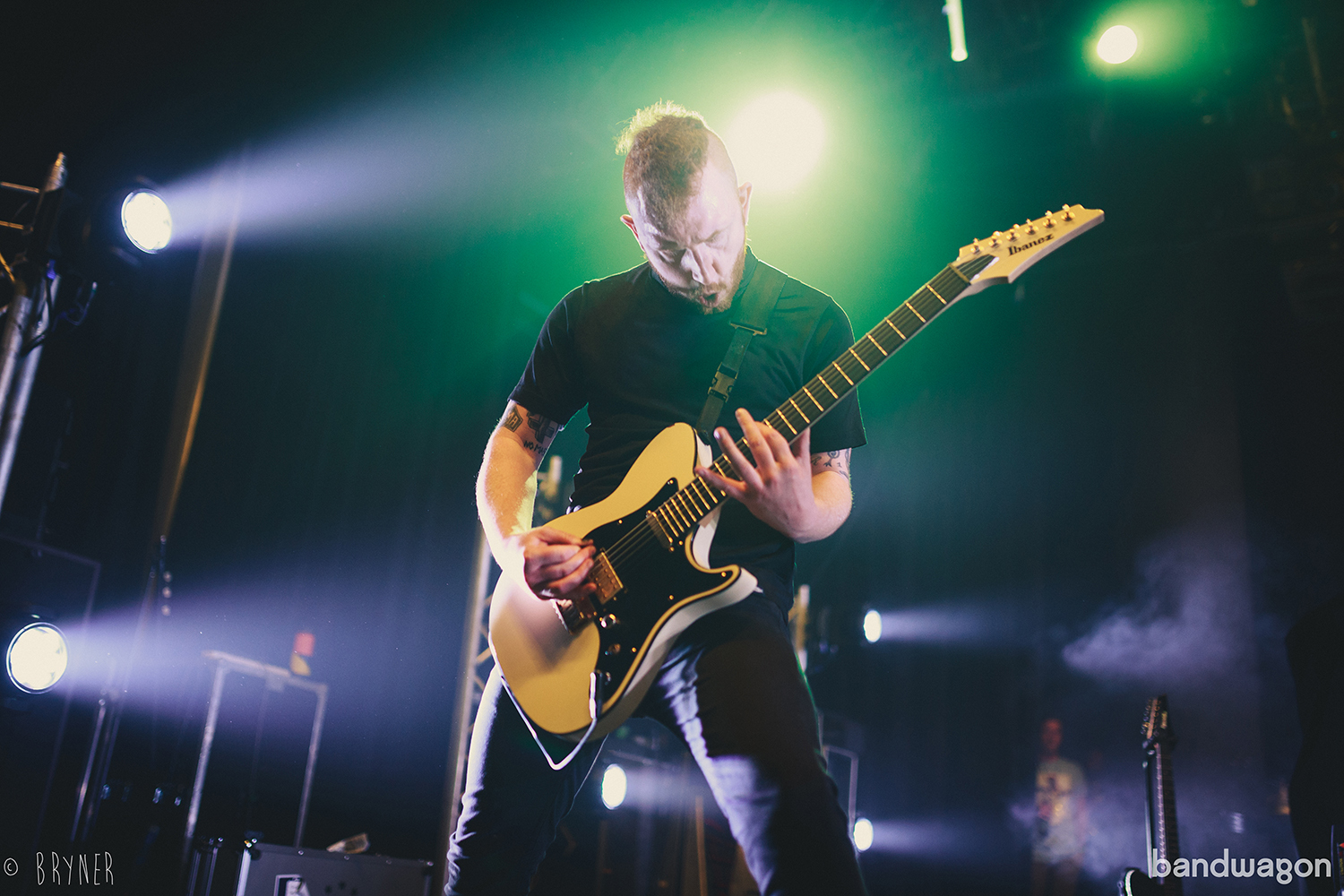 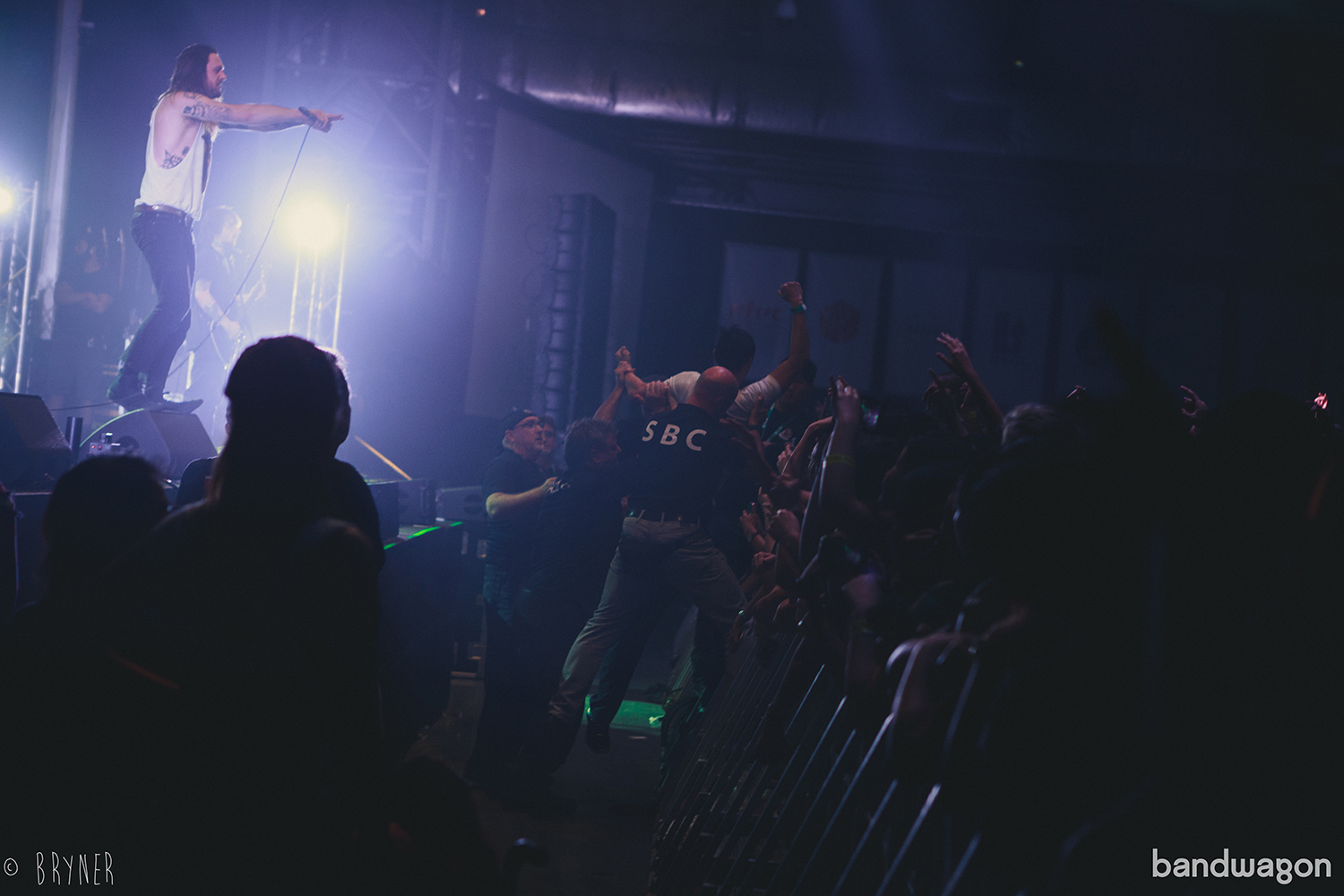