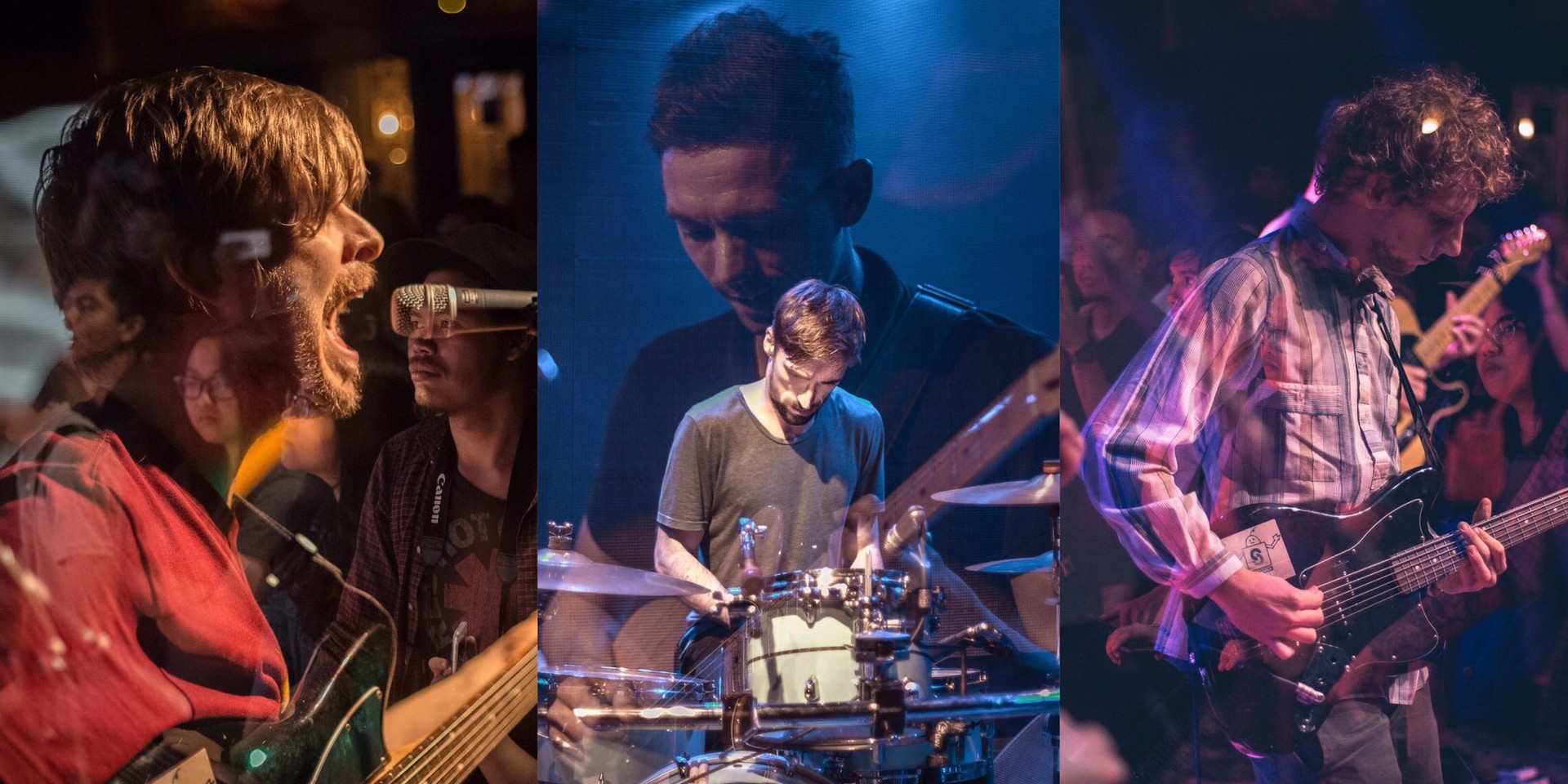 “I would like to dedicate this to a dog we met yesterday, who was very gracious about letting us bother him,” said Henry ‘Hank’ Tremain as he introduced their closing song for the night.

It wasn’t the first dedication the TTNG bassist/vocalist had made, as every song the band played was peppered with a shout-out to someone they’ve encountered since landing with Mylets in Manila two days before their show.

In many ways, TTNG + Mylets Live was like a typical gig in Manila. Produced by A Spur of the Moment Project (ASOTMP), the concert was held at 19 East in Sucat on a post-holiday Tuesday night, and also featured ASOTMP’s very own Tom’s Story and tide/edit, themselves fairly known names in the local indie scene. The crowd was made up of fans of all four bands, or at least folks who were predisposed to be, which meant barely anyone set foot outside the venue once the show began. It was a practice in quality over quantity, both in terms of audience and lineup. 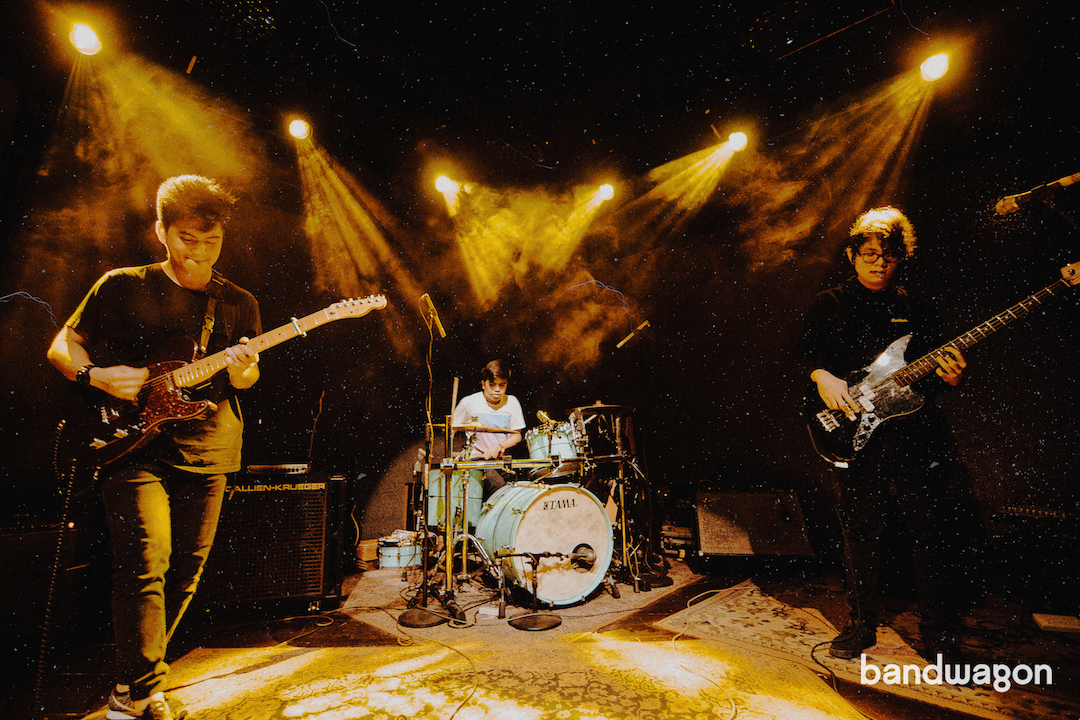 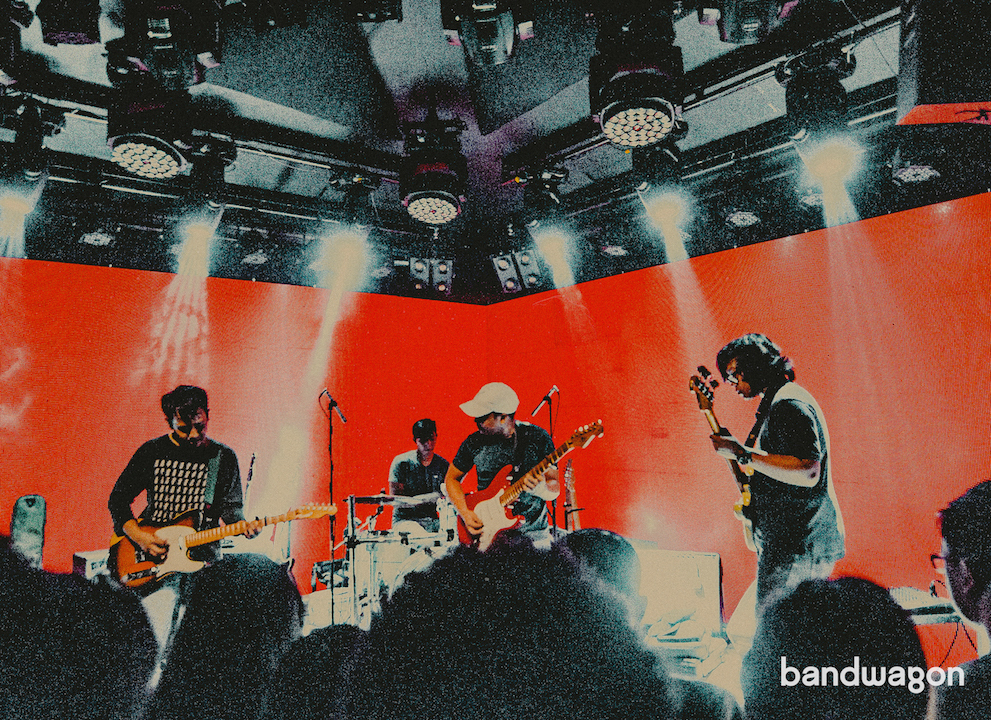 Following this, it is worth noting that the schedule and location had probably played a role in the decidedly humble turn out. Considering the perpetually inevitable Manila gridlock, it’s easy to wish the show had been set somewhere at the centre of the Metro instead – if you weren’t there.

There’s no question that sound quality is vital to any live show, but especially for one that features such technically charged acts, and 19 East clearly excels at this; so much so, that TTNG and Mylets themselves would voice it out several times throughout the night, both onstage and off.

Being down south also provided a particularly chill vibe, which served as the perfect backdrop for the events of the night. It may have taken some a gruelling two hours to get to the place, but all this made it worth the effort.

Take Gaby and Jako, long-time fans whom we met at the show, who came all the way from Quezon City and adjusted their schedules so they arrived in Sucat by 5:00 PM, two hours before doors opened. Jako is also a tide/edit fan and mostly attends ASOTM gigs, so he could attest to how well their shows were organized. As for Gaby, who had introduced TTNG to him many years ago, it was an event that was too good to pass up. “1,500 [pesos] is a steal for a band you love and never thought would make it to Manila.”

Both TTNG and Mylets did deliver a show that more than met expectations. Mylets’ Henry Kohen has been referred to as a wunderkind since he was signed by Sargent House at 17. Now 22, he still radiates with youth, but proves that his skills continue to grow past his prodigy status. It’s a very different experience, too, watching Mylets perform live. While on record, his instrumental dexterity is already remarkable, it isn’t until you see him alone on stage that you’re floored by how he makes it sound like there are two other people playing alongside him.

(He does get three people doing so later, though, when TTNG ask him to join them on stage for a few songs. It looks like they just called up their kid brother, somehow, if you’re unaware that the younger Henry regularly sessions for the band; but they work as a proper unit.) 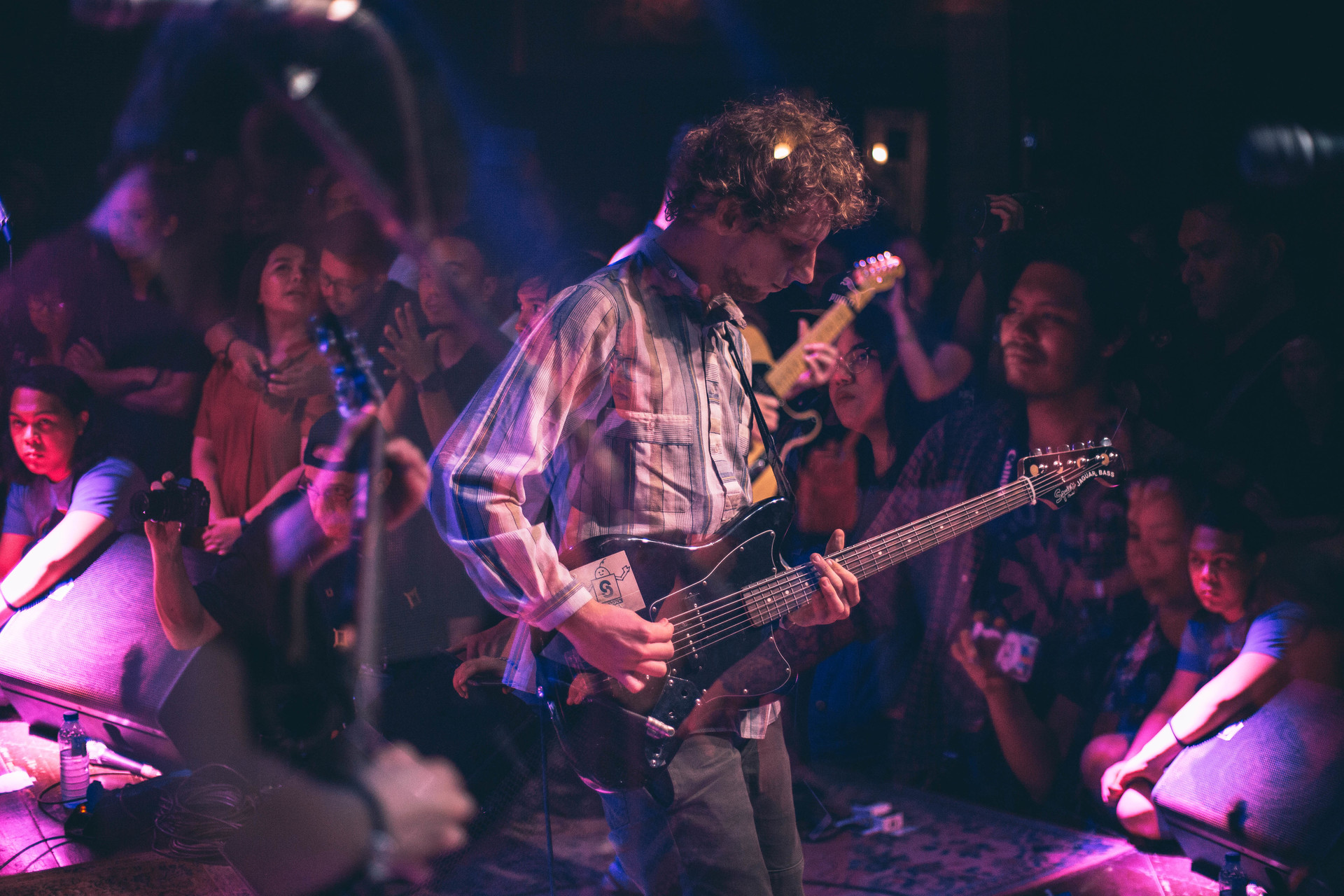 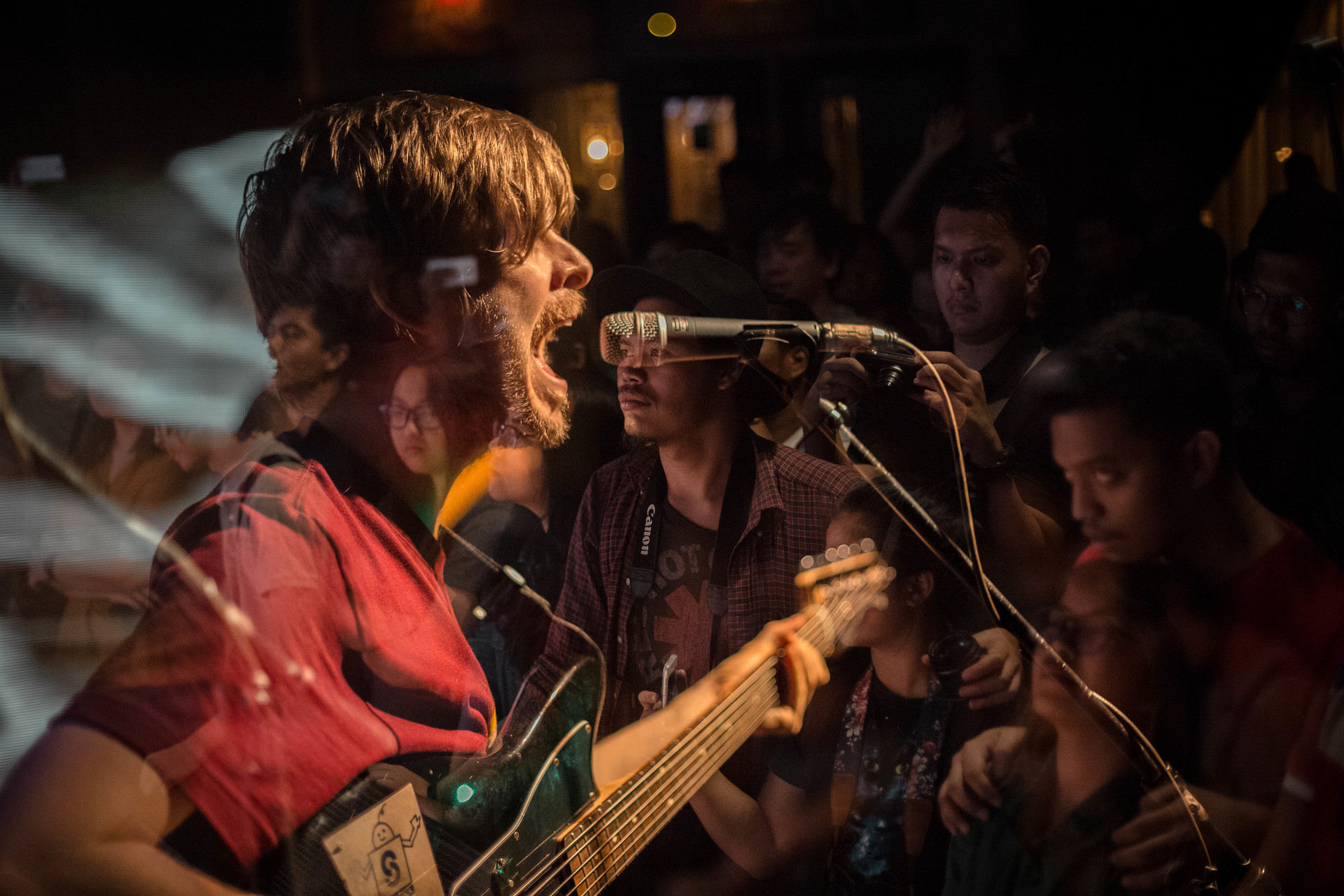 TTNG, too, are quite a sight themselves. Hank Tremain is charming and just a little bit dorky that his spiels are endearing in a comfortable instead of disarming way. Tim Collis, on guitar, produces his intricate sounds in a way that is a bit odd to comprehend – who plays those progressions with such a calm and steady stance? Hank on bass moves more frantically than he does. Meanwhile, Chris Collis on drums exudes the same calm, but with solid, almost soldier-like movements that fit his steady rhythm.

It was clear how long TTNG fans had been anticipating this event, from the amount of cheers that sprung forth every time they played a track off their first album, Animals, and how shirts featuring the album art were the first to run out of enough sizes at the merch table.

In spite of this, or maybe because of it, the gig felt as though we were supporting dear friends instead of long-time heroes. Both the boys of TTNG and Henry fit right into the scene so seamlessly, effectively removing the barrier between audience and artist that has come to be expected with foreign acts coming to the Philippines. 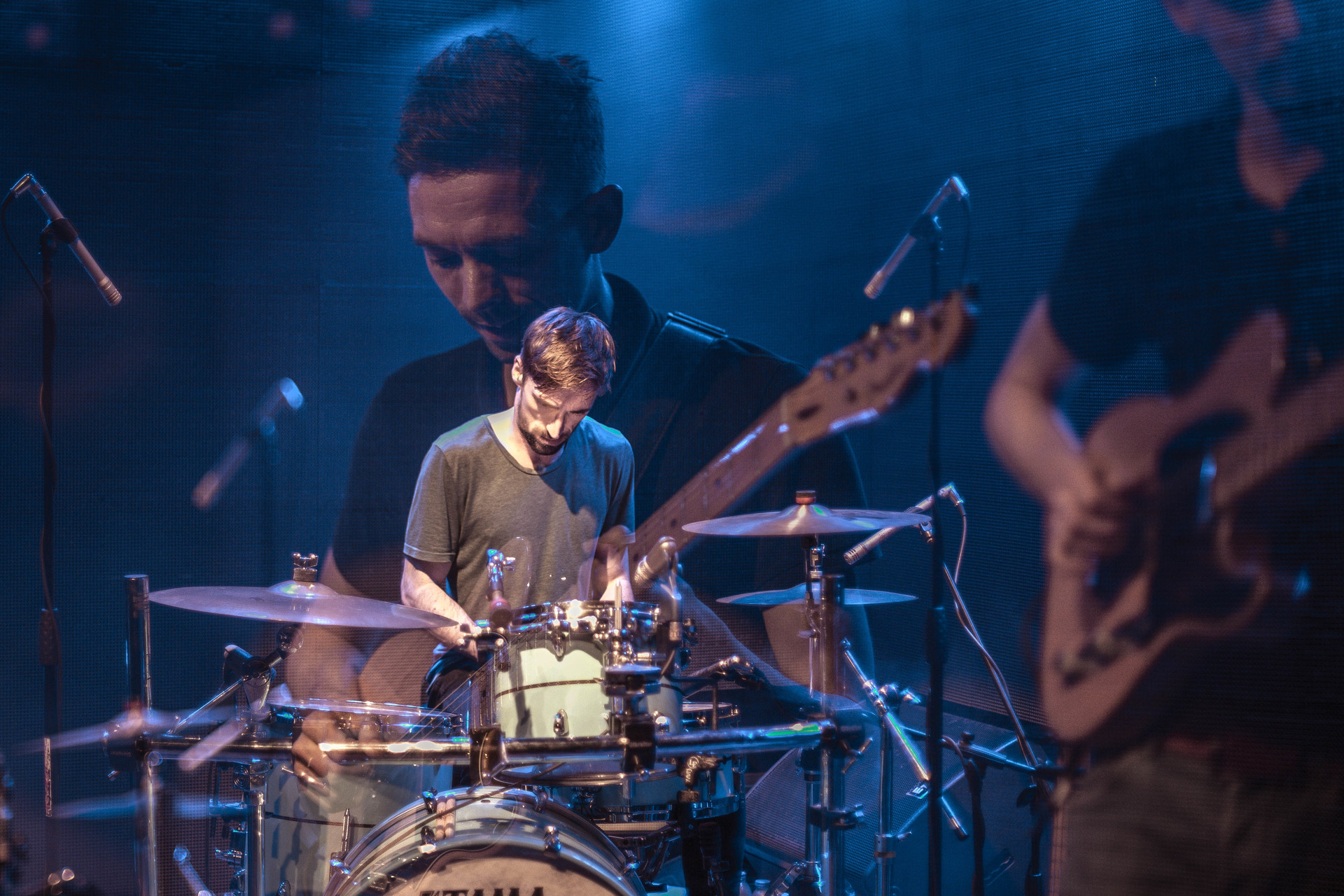 Ansoy Ming flew all the way from Davao for the gig and felt exactly this. She has been a TTNG fan since 2009, having randomly found Animals on YouTube and finding herself looping it for roughly the next two weeks.

“Since then I never stopped listening to them, waited album to album, though the intervals were long. When I heard they were doing a tour in the Philippines, I immediately booked my plane tickets, ‘cause I really wanna see them play live,” Ansoy told Bandwagon in a Twitter DM. “I loved that the show was so intimate, and it was unlike other concerts I’ve been to, where you can’t even approach the artists or there’s a premium cost to do minutes of mingling. I felt like a friend, not just a fan girl. I’m so happy I got to talk to them; they’re so humble and friendly.”

It all makes sense when you remember that, beyond being one of the most well-known names in math rock, the members of TTNG have always had day jobs.

The day before the show, we’re lounging about The Colourful Music Studio at Guijo, playing pick-up sticks, and chatting about their recent Japan tour, the state of math rock, and misconceptions regarding their “Ferrari-driving rock star” status. Clarence Garcia of tide/edit refers to an interview Hank did with Noisey, and they all discuss the missed nuances in that. They talk as casual friends would, though Clarence also subtly beams with admiration.

Later at the gig, amidst the crowd, the boys watch the opening acts and chat amongst themselves.

“Clarence is a fucking legend, man,” one of them exclaims. 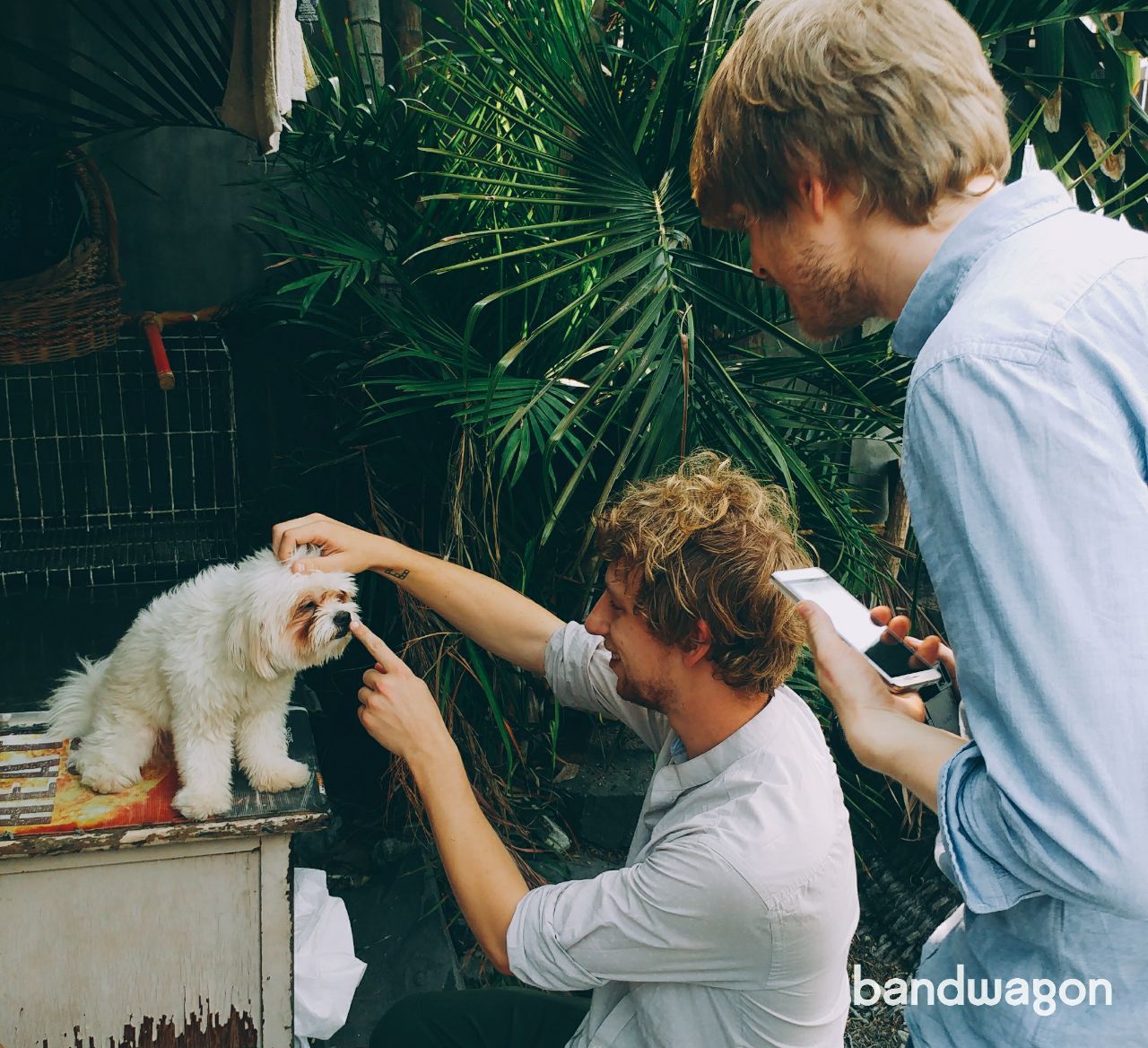 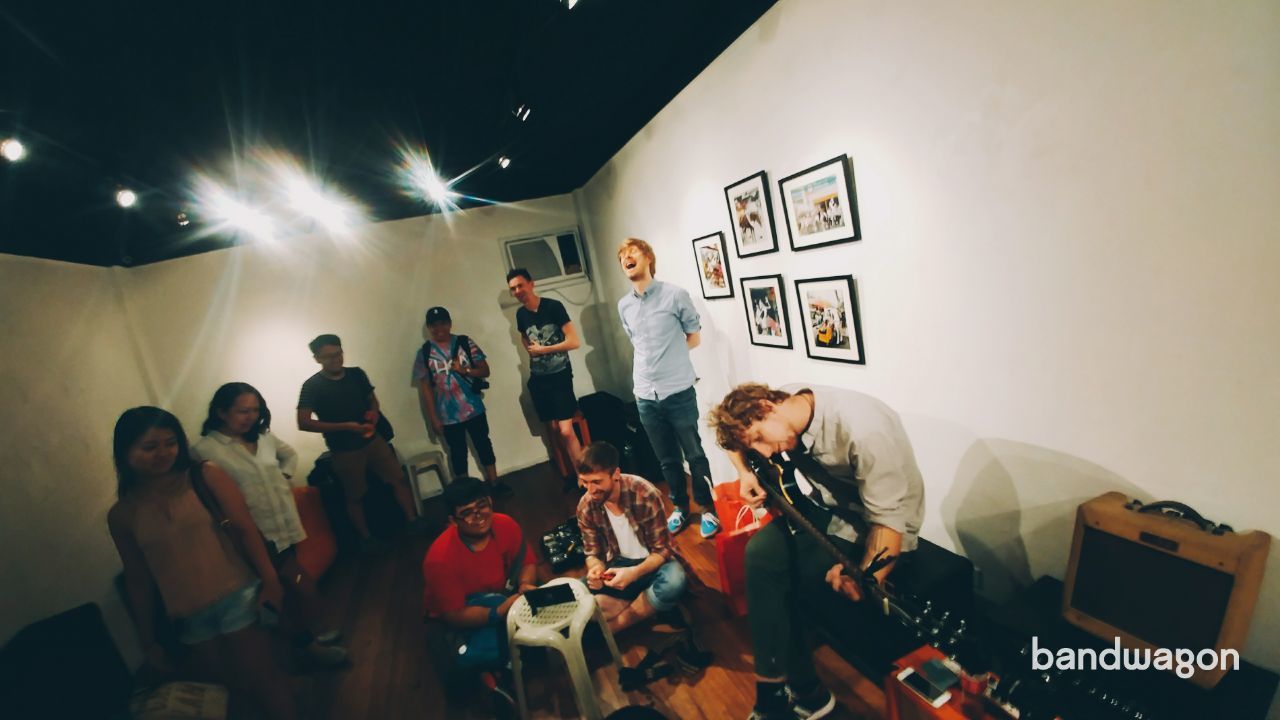 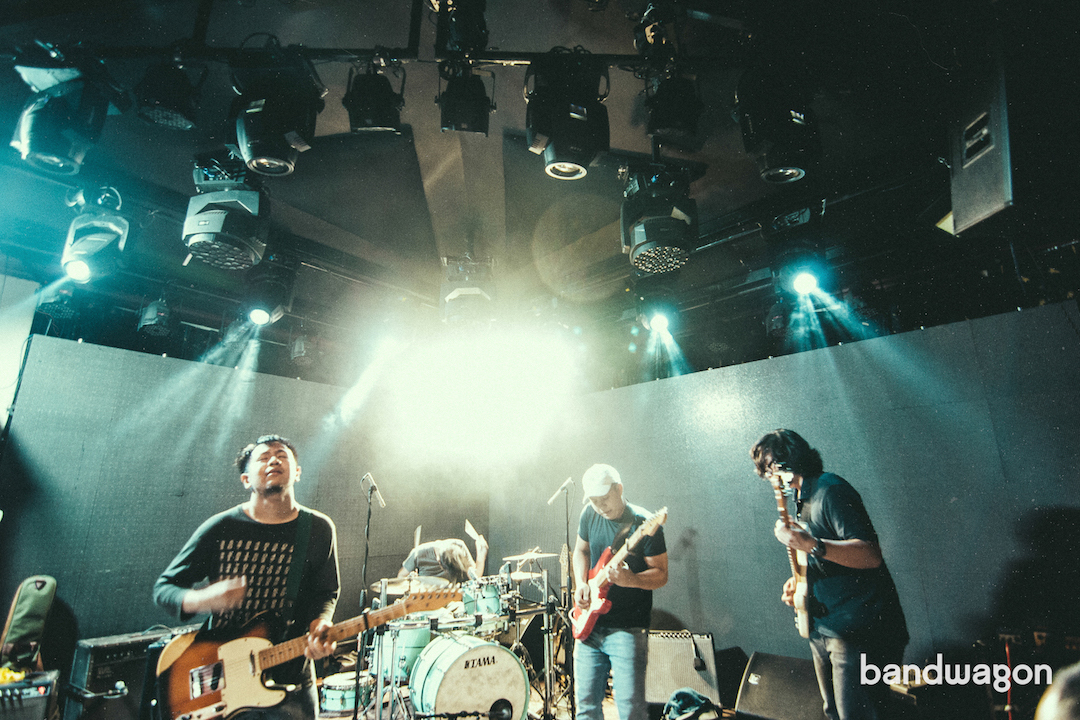 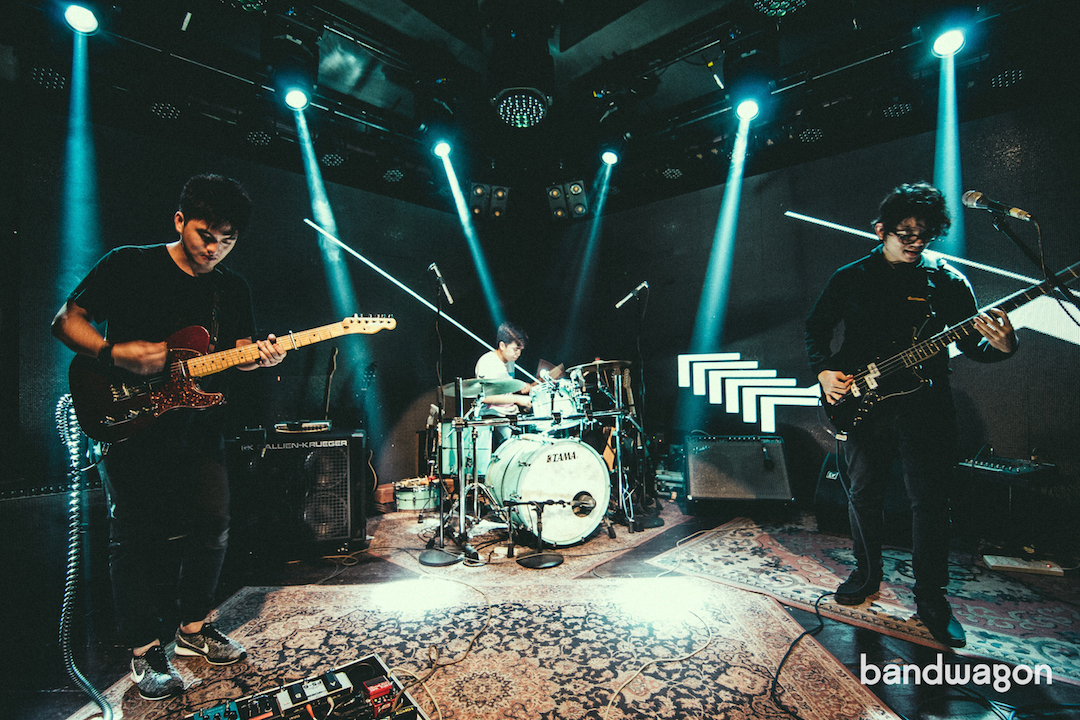 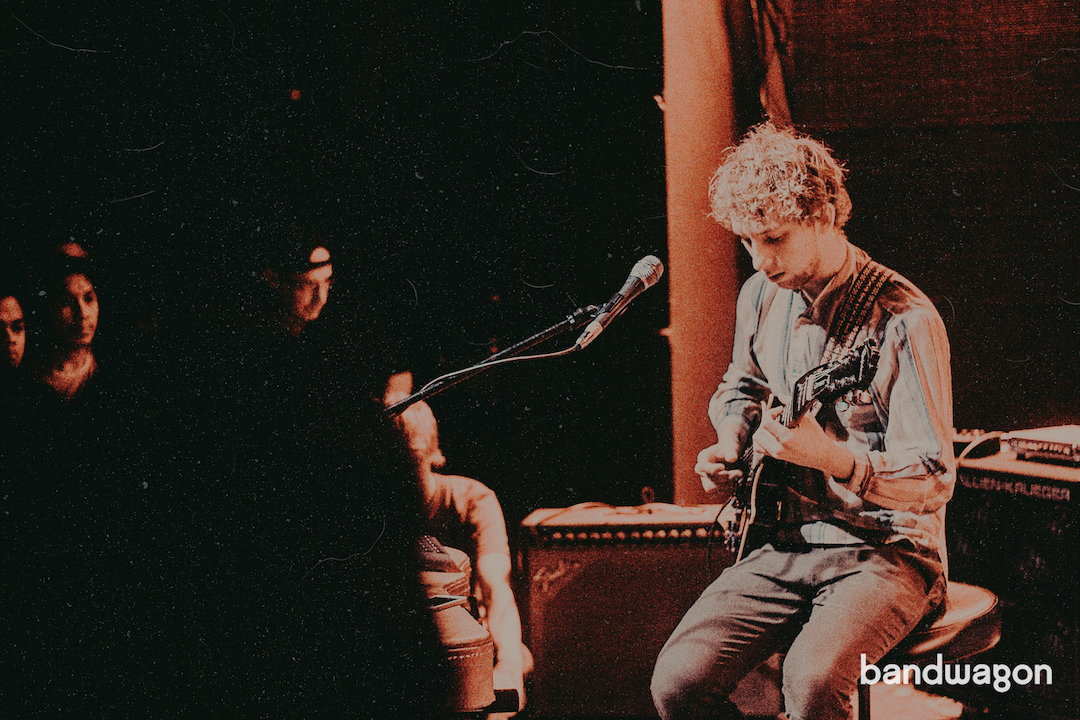 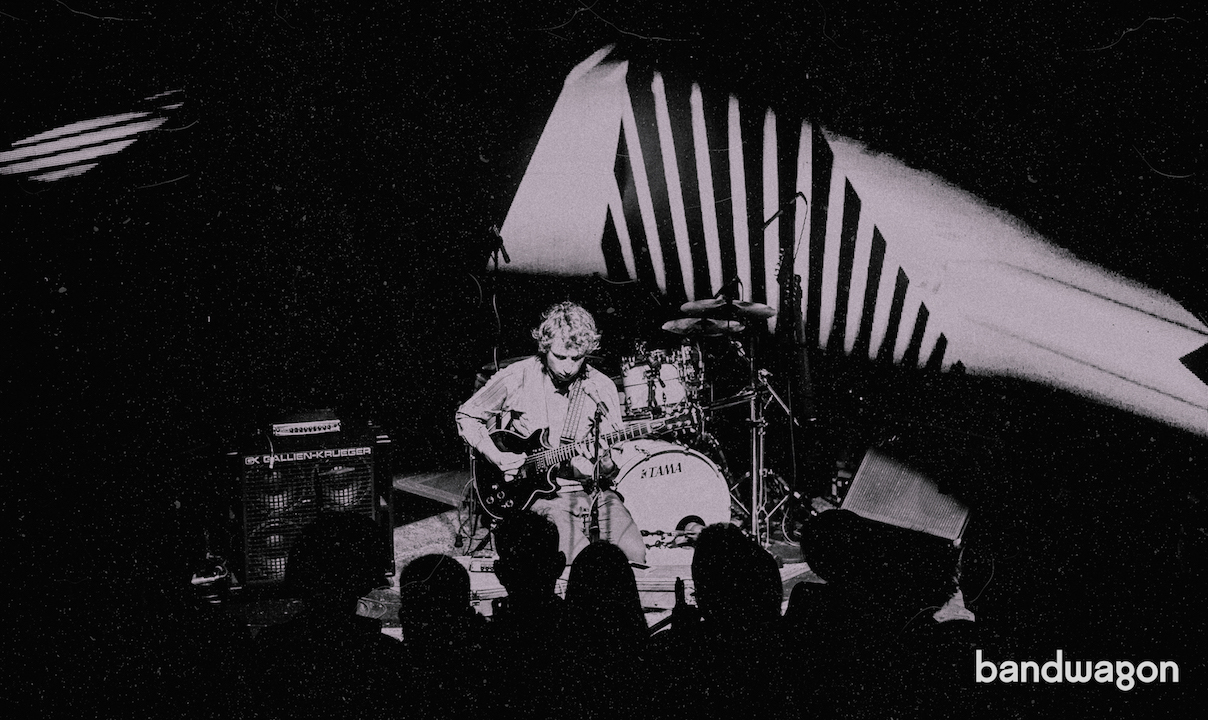 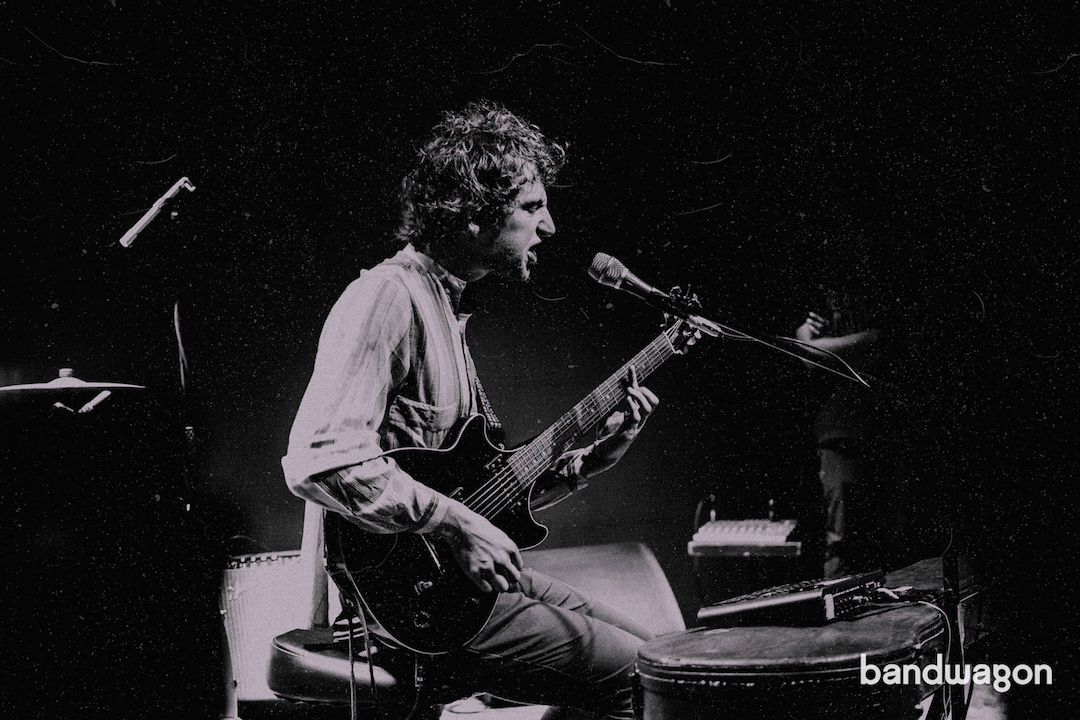 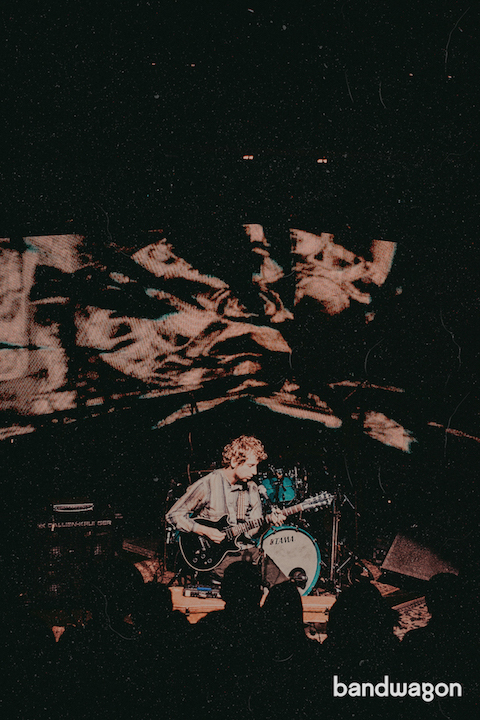 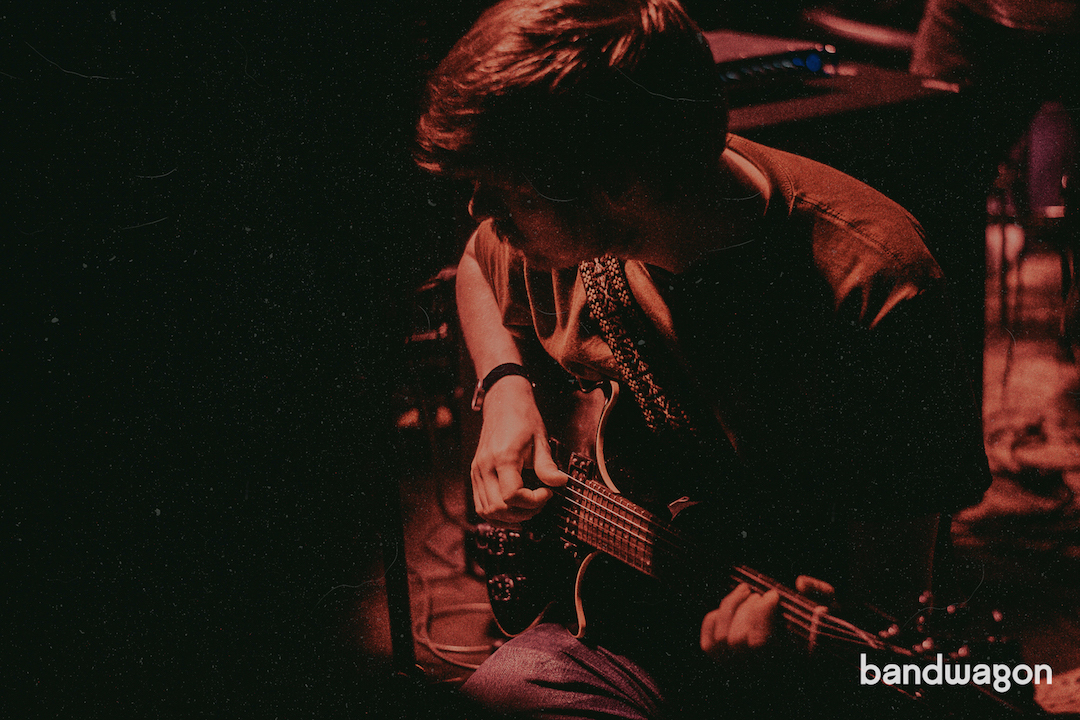 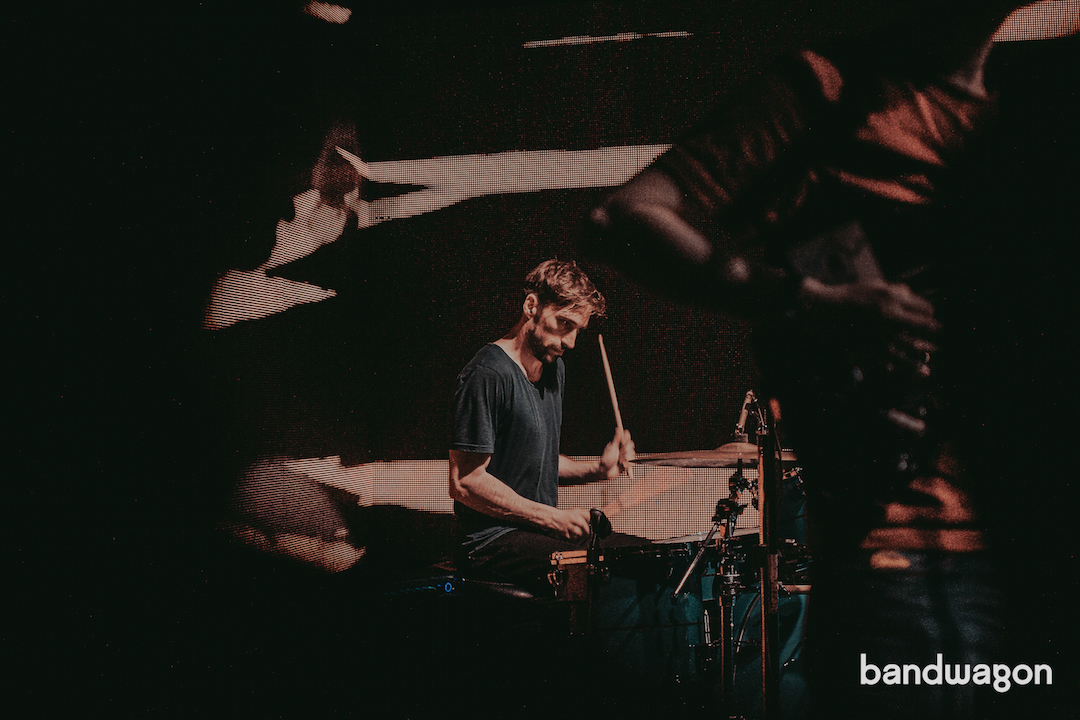 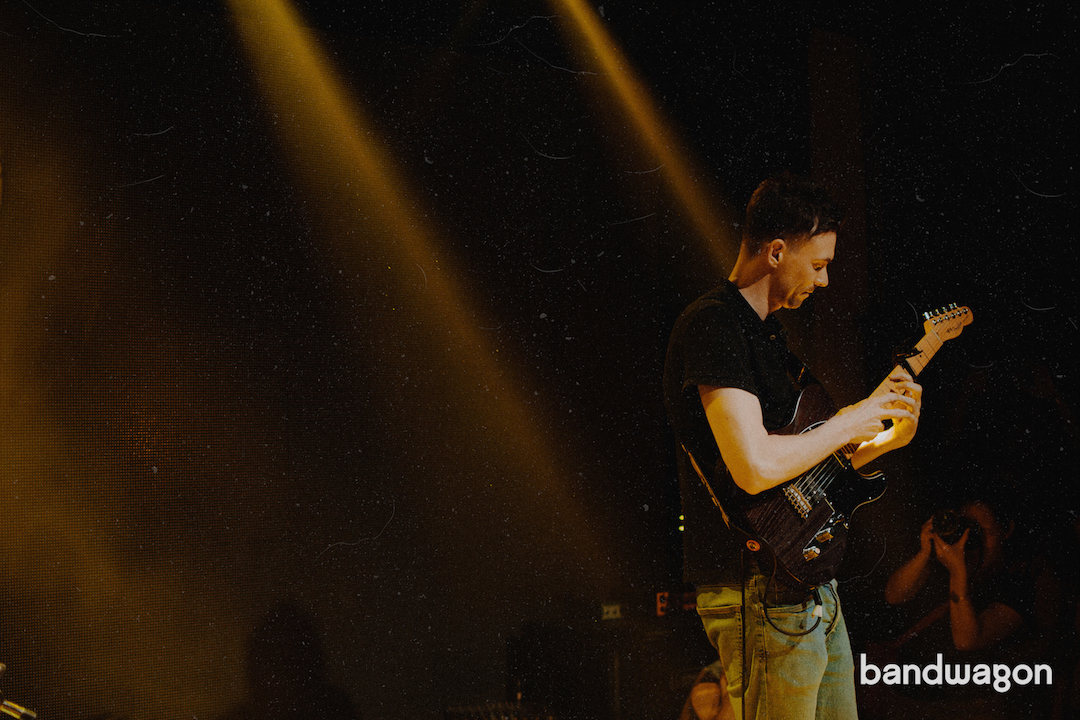 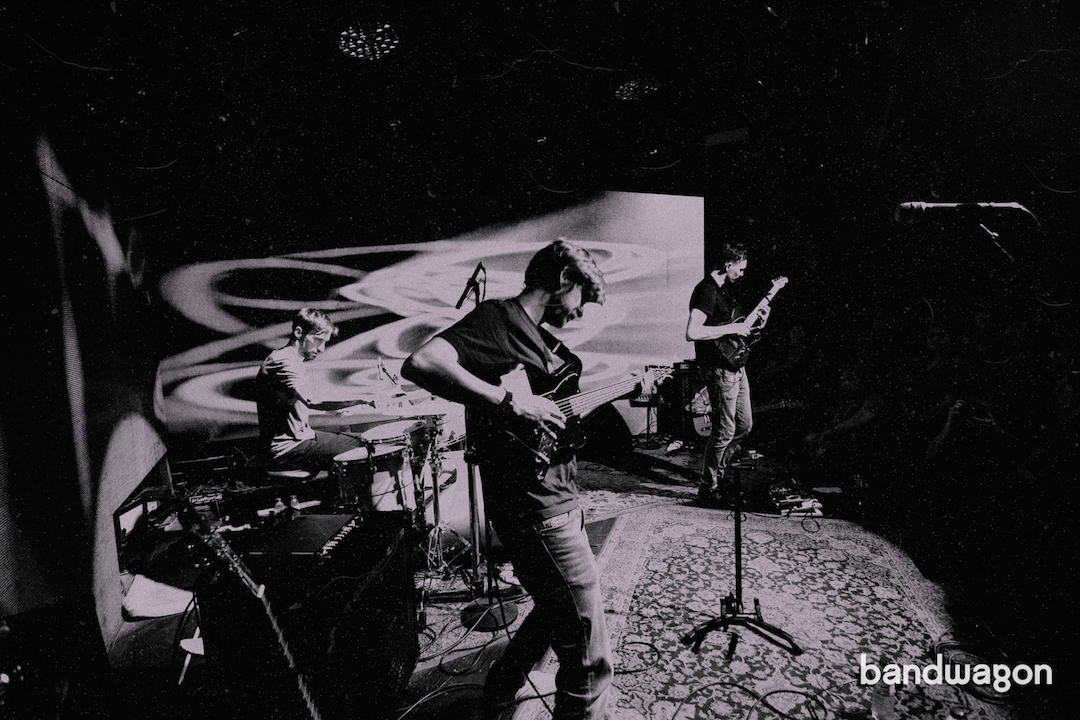 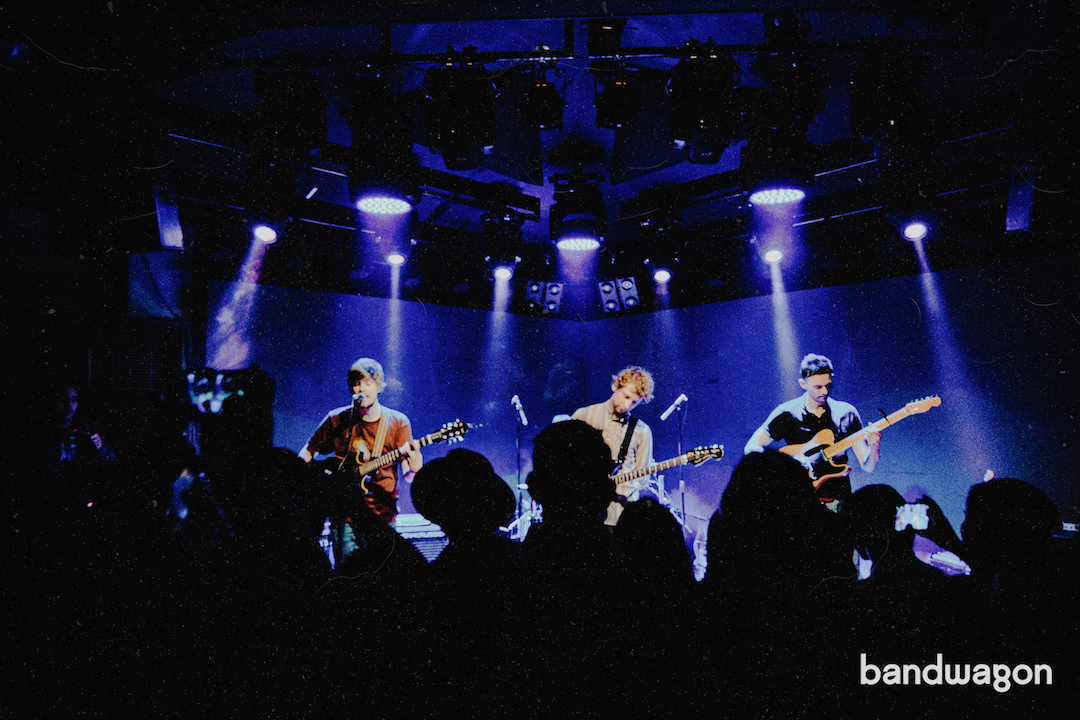 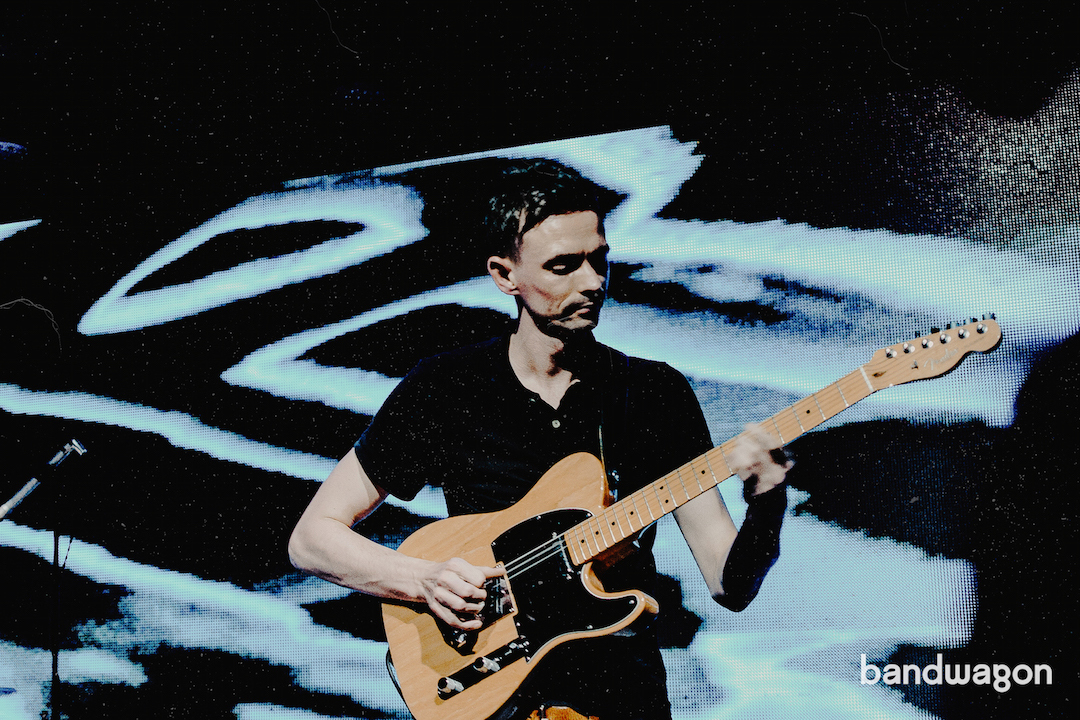 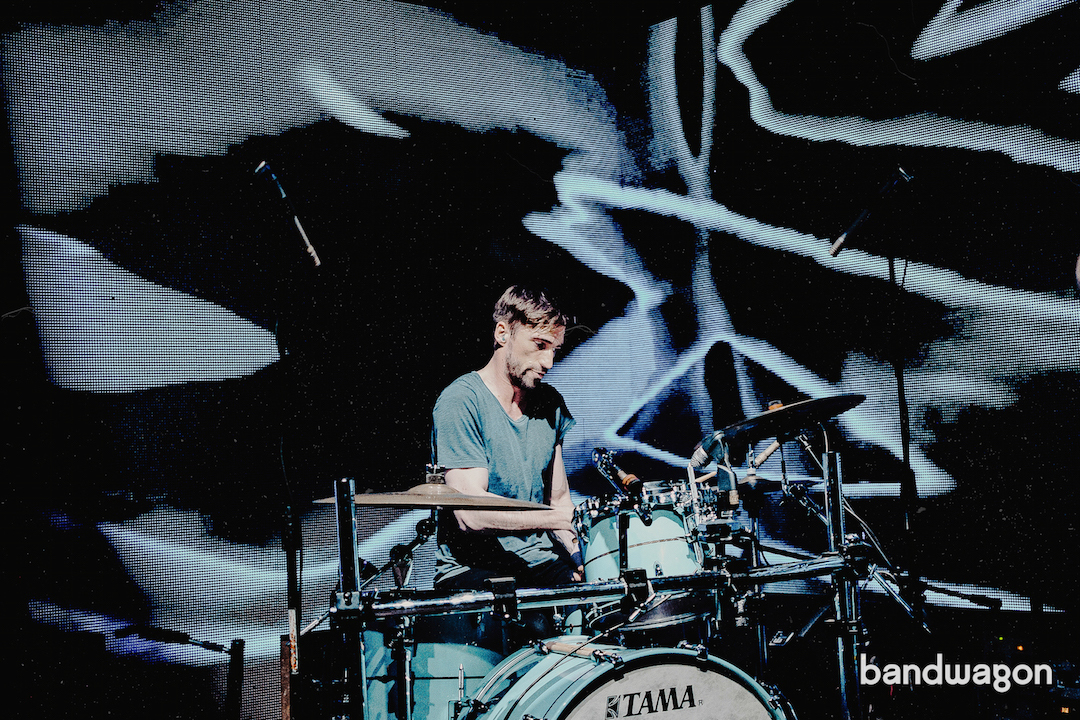 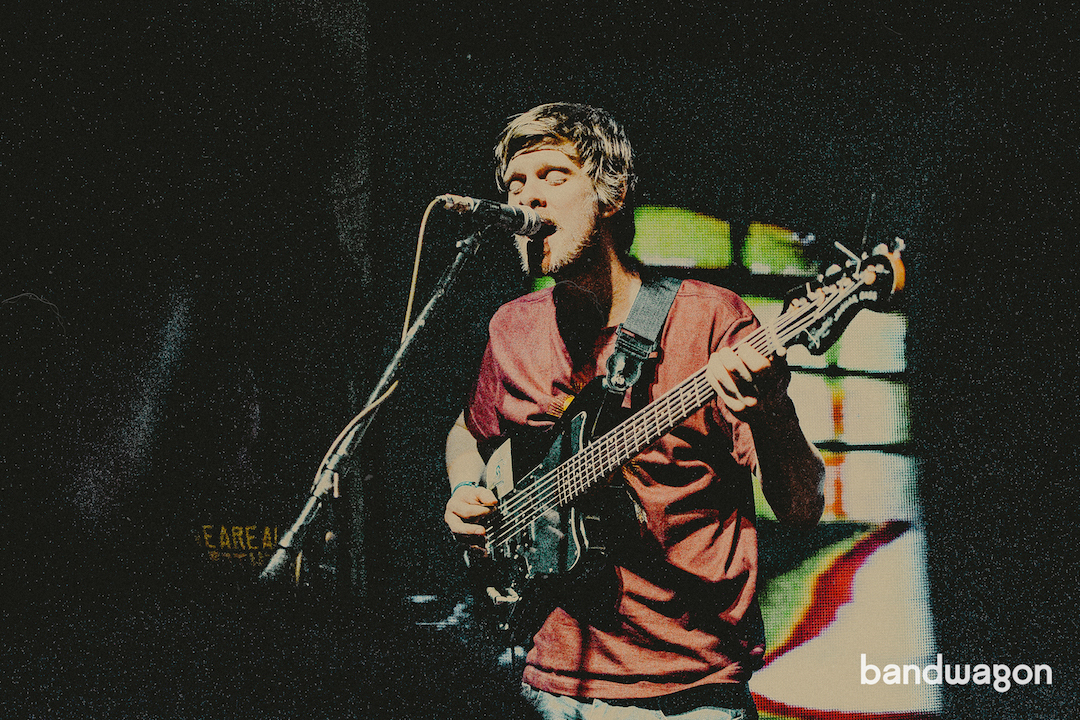 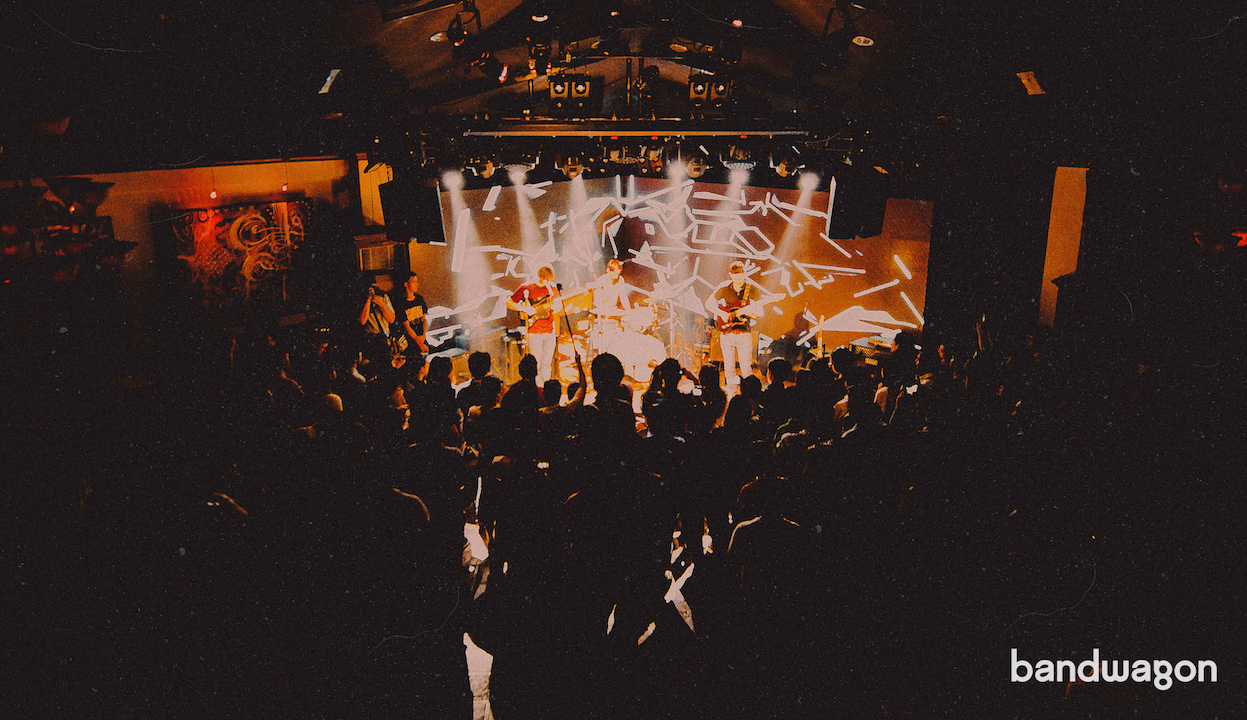 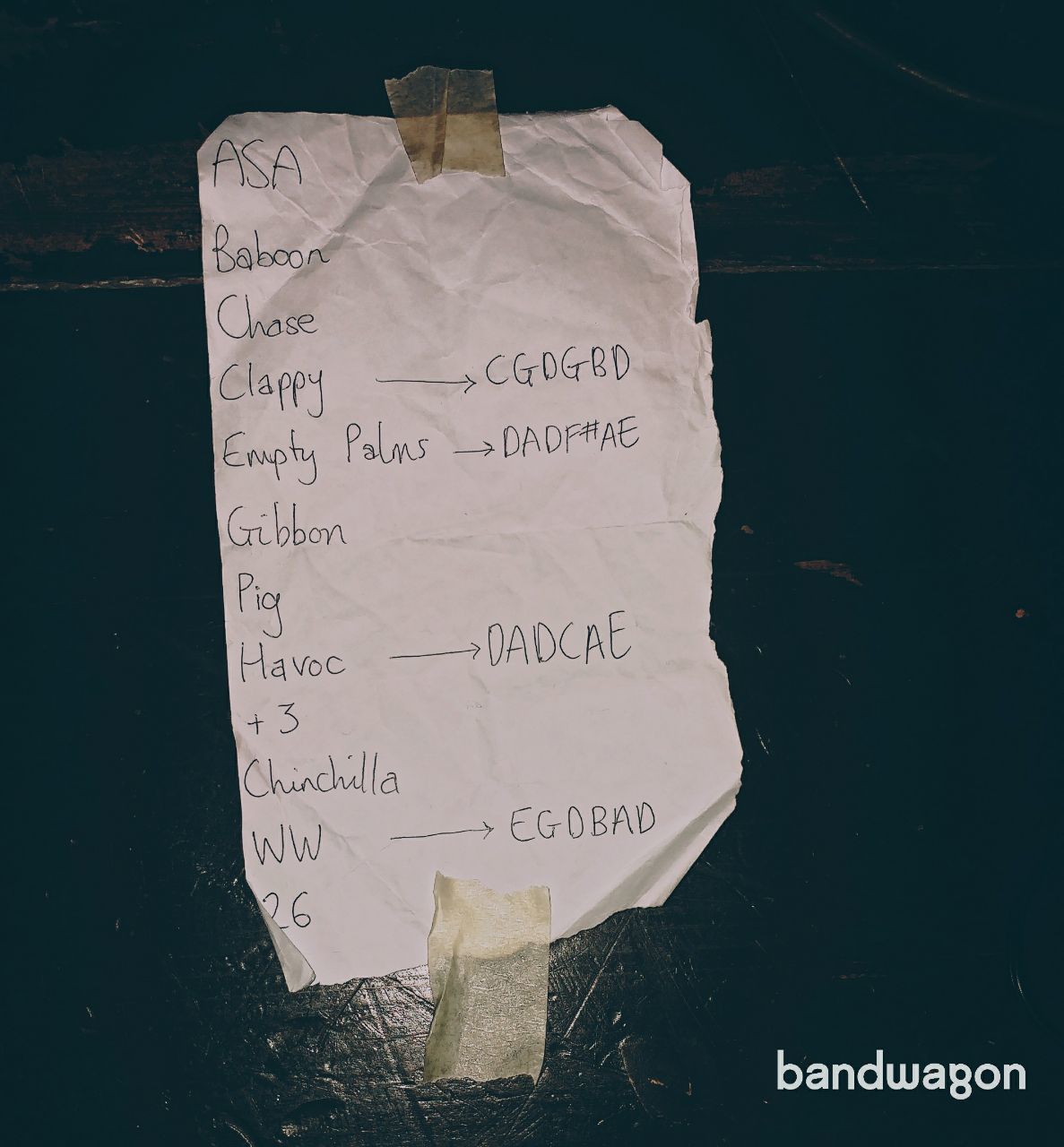 Special thanks to A Spur of the Moment Project for inviting us to the show.